This is a new version of the old Candid Camera pranks, but better. It involves a Universal Studios phone booth offering free pictures, along with a live human masquerading as a robot voice. To me, at least, this is hilarious.

Do watch the whole thing. Whoever the woman is who makes up these spontaneous bits, she’s very clever. 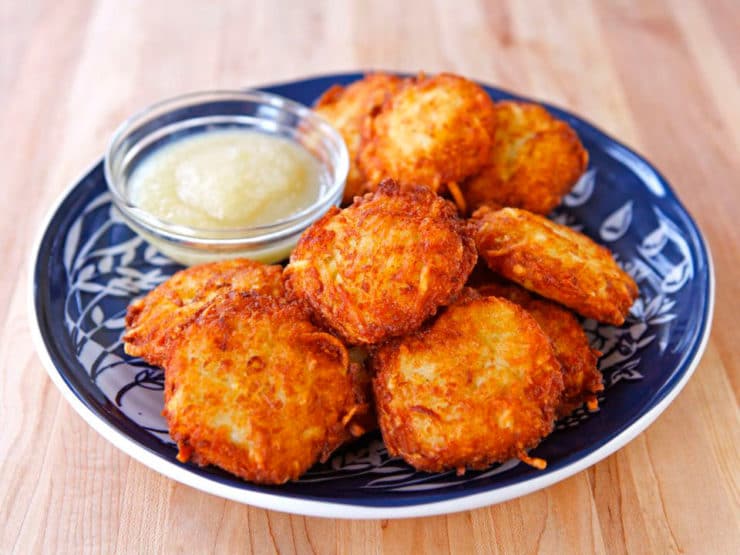 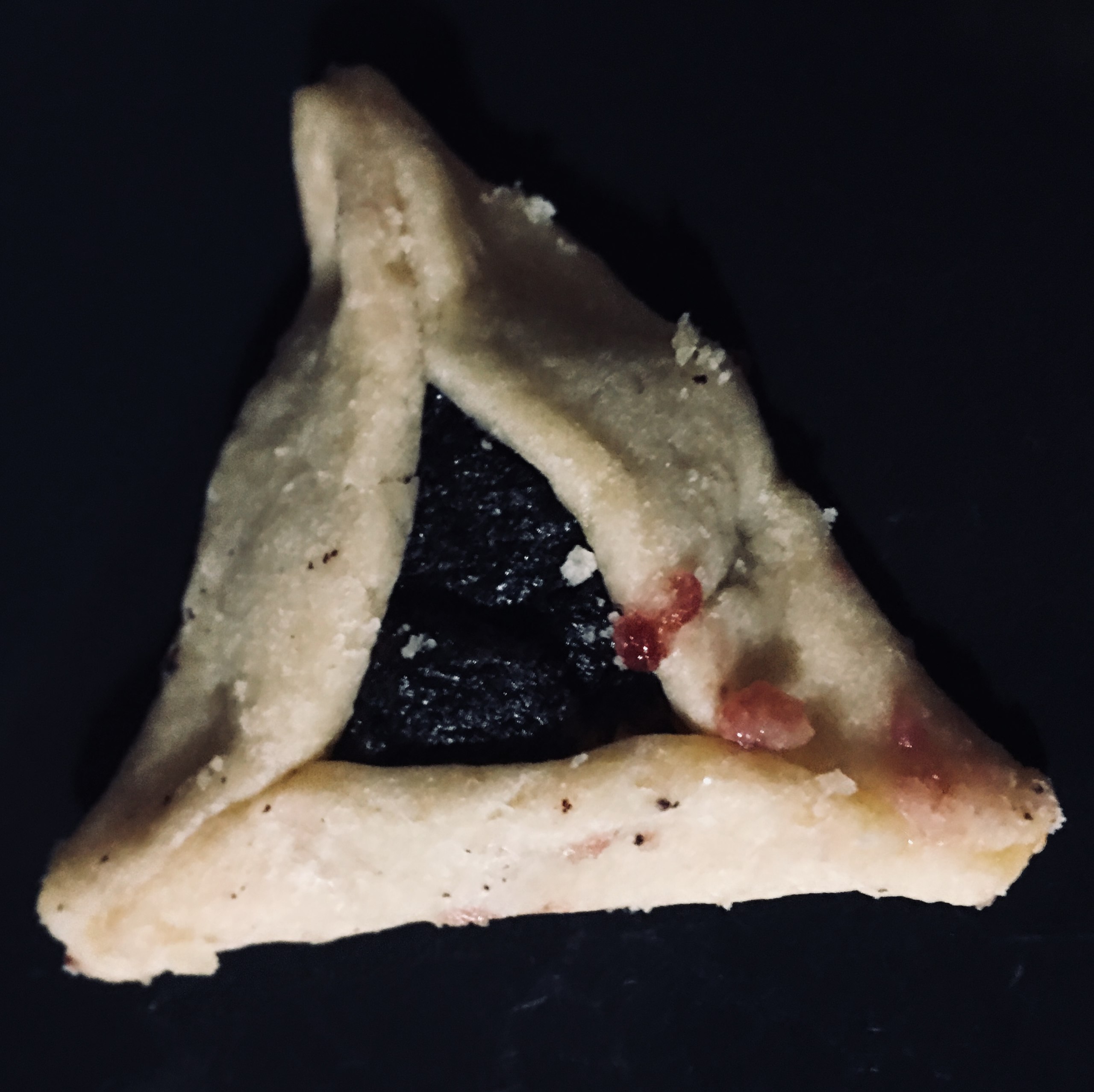 Well, I find it hilarious:

After the Flood, Noah opens up the Ark and lets all the animals out, telling them, “Go forth and multiply.”

As he’s closing the great doors of the boat, he notices that there are two snakes sitting in a dark corner.

So he says to them, “Didn’t you hear me? You can go now. Go forth and multiply.”

I’ll be here all week, folks, and don’t forget to try the roast beef. And add your own family-friendly joke below.

I just remembered this one, and it’s appropriate for the upcoming Christmas season.

The Three Wise Men, having followed the star, finally make it to Bethlehem. As they enter the stable, one of them, being tall, hits his head on the door frame.

“Jesus Christ!!” he shouts in pain.

“Hey!” said Mary, “That would be a great name for the baby!”

Add your jokes below (nothing too risqué, please!).

When you read this, I’ll be flying back to the U.S. It’s hard to believe a month has passed in New Zealand, but this perceived rapidity is largely because I’ve seen so many things—and that is because of the vaunted kindness of the Kiwis. Thanks to one and all for hosting me, taking me places, and generally being kind and hospitable. I won’t forget this beautiful country and its lovely people.

But now it’s Easter, and time for some religious humor.

Don’t stop me if you’ve heard this before (and if you’ve read this site consitently, you have). I love a good Jewish joke, and this is an excellent one for Easter. It comes from the site Southern Jewish Humor, which gets the story from Eli N. Evans, who wrote The Provincials: A Personal History of Jews in the South: 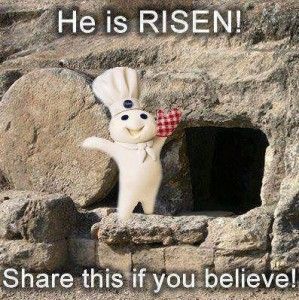 He is NOT risen! 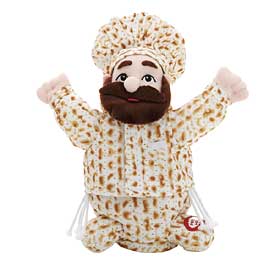 Readers are invited to explain the first one, which involves calculus of some kind, I believe.

Aliens is a reasonable idea… pic.twitter.com/zZJB42LSQ8

I’m not even going to try to show some gravitas today. Instead, we’ll finish the day (it snowed, too) with the Joe Black joke, which for some reason I find hilarious. I can’t remember who first told it to me, but stop me if you’ve heard it before.

Two guys were sitting in a bar talking.  One guy was Joe Black, and the other guy was named Fred. As they were talking, people kept coming in and going out of the bar. Everyone who walked past said “Hi” to Joe Black.

Fred finally said. “Wow, Joe—you really know a lot of people”.  To this Joe replied,  “I do indeed. In fact, I know everyone in the world“. At this Fred laughed.  “No, really!” said Joe, “I really do know everyone in the whole world.”  They argued quite a while about this until Fred said, “I’ll bet $1,000 that you don’t know the Mayor.”

Joe warned Fred that he did know the Mayor and that Fred was sure to lose his money.  Fred took the bet anyway.  So on to the Mayor’s office they went. Upon entering, they were greeted by the secretary with, “Hi, Joe, how ya doing today?” Joe said, “Great; I need to see the Mayor”.  To make a long long story a little shorter, the Mayor knew Joe very well.

Fred was a little upset about this and asked Joe if he could go double or nothing on whether Joe knew the President of the United States.  Joe warned Fred again that he was going to lose his money, but if Fred were willing to pay for their travel to Washington, D.C., he’d gladly take  the bet. As it turned out, the President knew Joe very well, even inviting the two for dinner in the White House.

After this Fred was really pissed.  He said, “Joe, I’ll bet you $100,000 that you don’t know the Pope.” (Fred was a rich guy.) Joe tried to talk Fred out of the bet, again telling him he would lose his money, but Fred insisted.  So off to Rome they went.

When they got to the Vatican, Joe told Fred that not just anybody could get inside to see the Pope. He gave Fred a pair of binoculars and told  him to climb a hill behind the Vatican and watch for him and the Pope to come out in the yard and wave to him. Fred was a little wary at first but finally agreed.

Fred waited on the deserted hill in the hot sun for over an hour. Just when he was about to leave, he saw two people coming out the Vatican door. The two walked  to the middle of the courtyard and started waving up at the hill.

Fred wasn’t sure what the Pope really looked like, and, since he had a lot of money riding on this, he wanted to make sure that it really was the Pope, “But how?”, he thought. Just then a dusty-looking old peasant walked by. Fred figured that a local should know what the Pope looked like, and called him over. Fred gave him the binoculars and asked him who those people were waving below.

To this the peasant replied, “I’m not sure who the guy in the robe is, but that other guy is Joe Black!”

I’ll be here all week, folks. Don’t forget to tip the waitress. And leave your favorite joke in the comments.

There’s not much doing today (though we’ll have some science this week), but here’s a pretty good atheist joke sent by reader Glenn.

An atheist was walking through the woods.
‘What majestic trees!”What powerful rivers!’
‘What beautiful animals!’
He said to himself.
As he was walking alongside the river, he heard a rustling in the bushes behind him.
He turned to look. He saw a 7-foot grizzly bear charge towards him.
He ran as fast as he could up the path. He looked over his shoulder and saw that the bear was closing in on him.
He looked over his shoulder again and the bear was even closer.
He tripped and fell on the ground.
He rolled over to pick himself up but saw that the bear was right on top of him, reaching for him with his left paw and raising his right paw to strike him…
At that instant the Atheist cried out,
‘Oh my God!’
Time stopped.
The bear froze.
The forest was silent.
As a bright light shone upon the man, a voice came out of the sky.
“You deny my existence for all these years, teach others I don’t exist and even credit creation to cosmic accident. Do you expect me to help you out of this predicament?
Am I to count you as a believer?”
The atheist looked directly into the light. “It would be hypocritical of me to suddenly ask you to treat me as a Christian now, but perhaps you could make the BEAR a Christian?”
“Very well,” said the voice.
The light went out. The sounds of the forest resumed. And the bear dropped his right paw, brought both paws together, bowed his head and spoke:
“For what I am about to receive, may the Lord make me truly thankful, Amen.”

We’ll be here all week, folks. You got any atheist jokes? 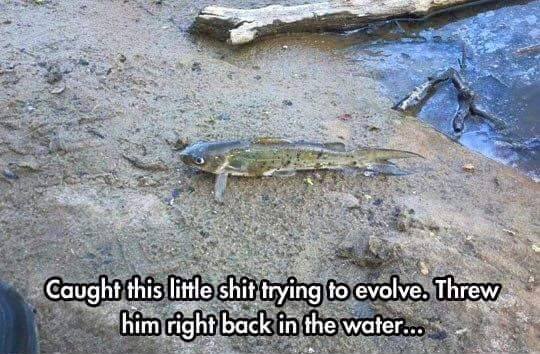