Today we have photos of a swell trip taken by Robert Lang, physicist and origami master. (I believe it was this trip, sponsored by New Scientist and Steppes Travel, and featuring Richard Dawkins as lecturer) Robert’s notes and IDs are indented, and you can click on the photos to enlarge them.

We spent a week sailing around the Hawaiian islands. We saw quite a few birds, both endemic and introduced, but I didn’t get many good pictures of the endemics; most of them were too skittish and/or stayed in heavy leaf cover. But I did get this Saffron Finch (Sicalis flaveola), which is an introduced species, but was too pretty to pass up. 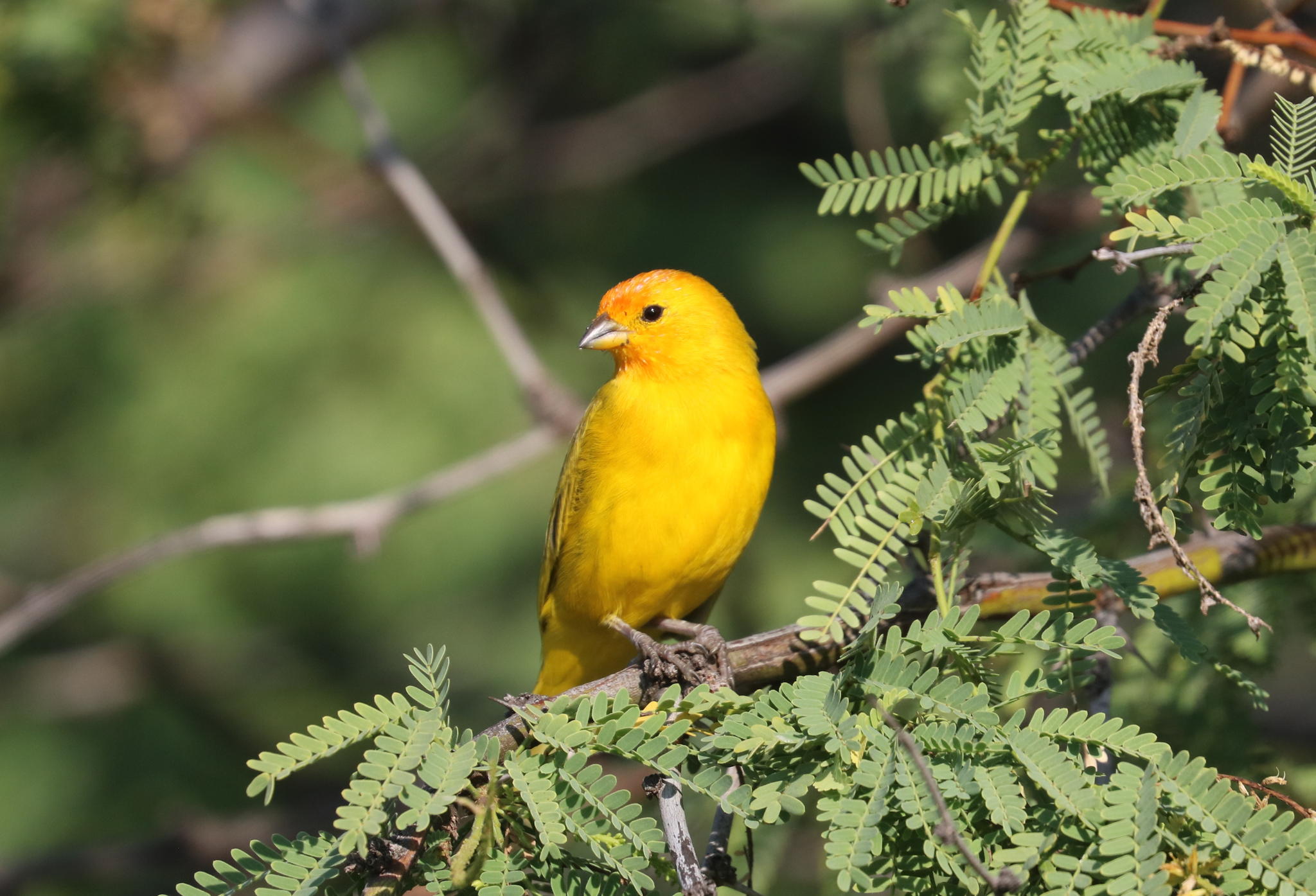 We also did some kayaking along sea cliffs. I loved the brilliance of this Red Pencil Urchin (Heterocentrotus mamillatus), which was just above the waterline. 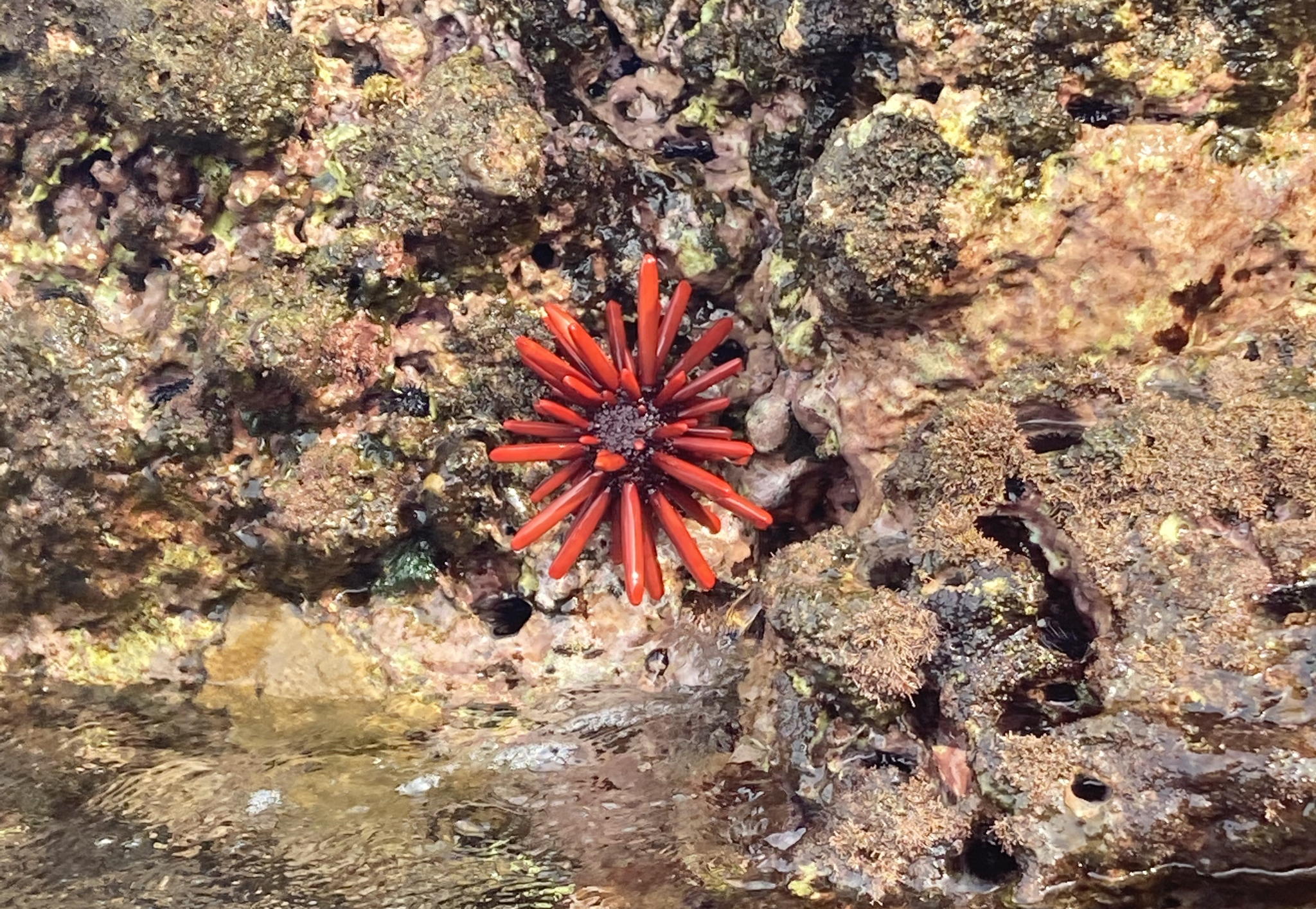 At one point, the ship we were on spotted a pod of Pantropical Spotted Dolphins (Stenella attenuate). As we revved up the engine, they joined us to surf the bow wave. 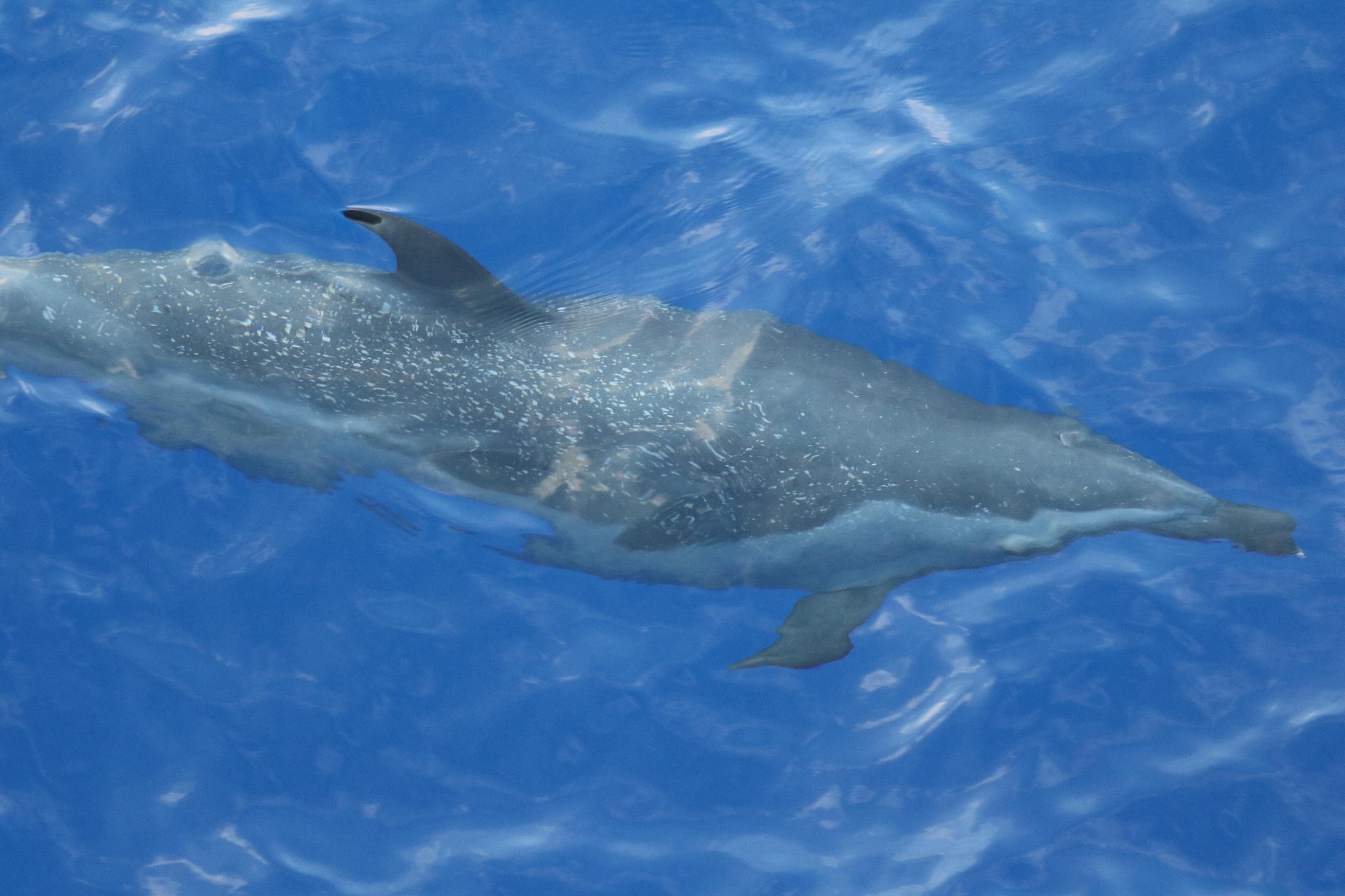 The highlights of the trip were two snorkeling excursions. First, a night snorkel with Reef Manta Rays (Mobula alfredi). The organizers set up surfboard with lights, which attracted plankton; the plankton attracted the rays, which did repeated somersaults just underneath us—literally less than a foot away. This picture is a screen capture: 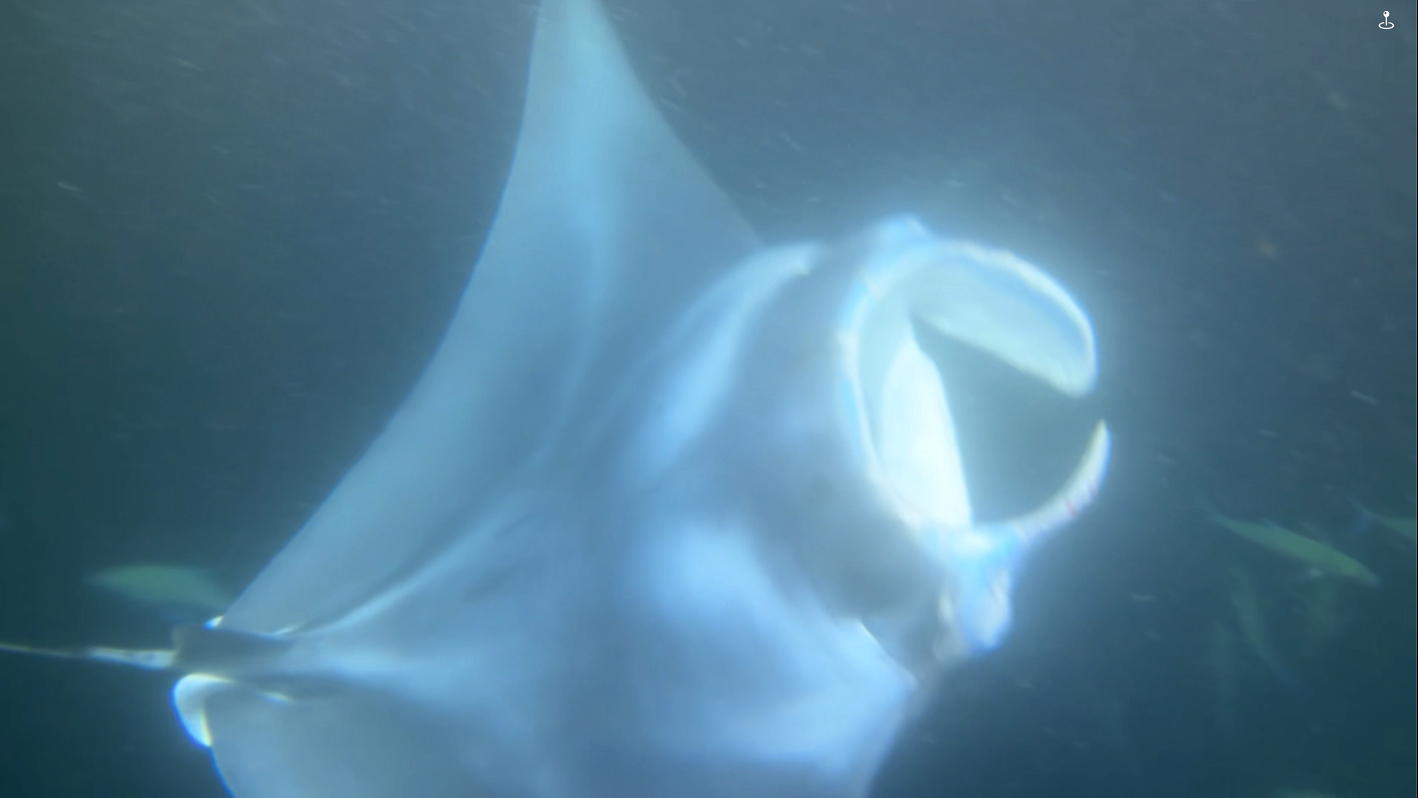 But I hope you will able to see the video:

Later we did a day snorkel on Lahaina with Green Sea Turtles (Chelonia mydas). There were quite a few people in the water (as you will see in the video), but they just ignored us, coming up to the surface for a breath, then heading back down. 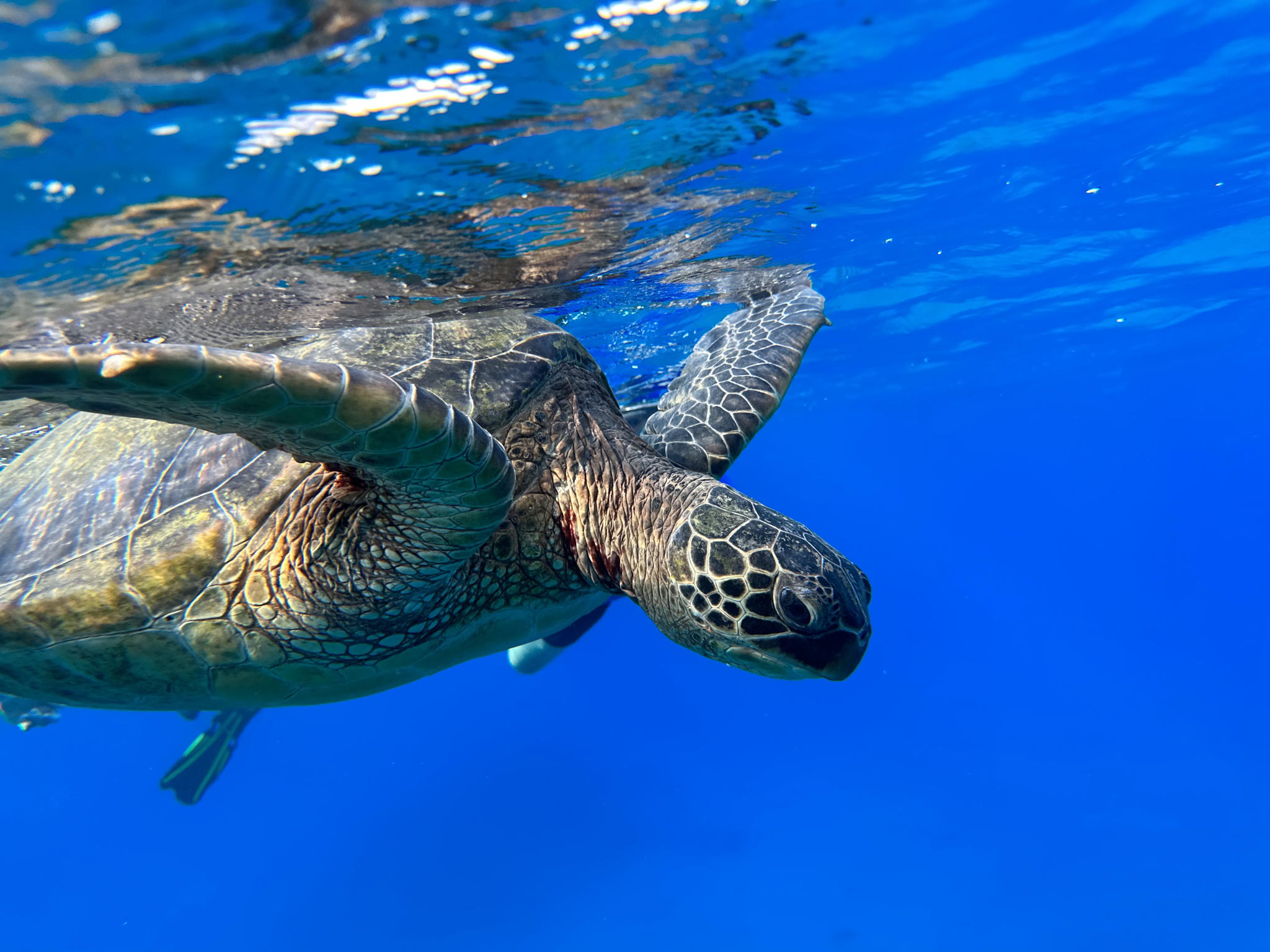 We’d arrived on the big island of Hawai’I while one of the volcanos, Mauna Loa, was undergoing an eruption (note, this is not the volcano with all of the telescopes on it—that’s Mauna Kea). We only saw lava distantly from the plane on the way in, but the ash in the sky gave us some beautiful sunrises and sunsets. 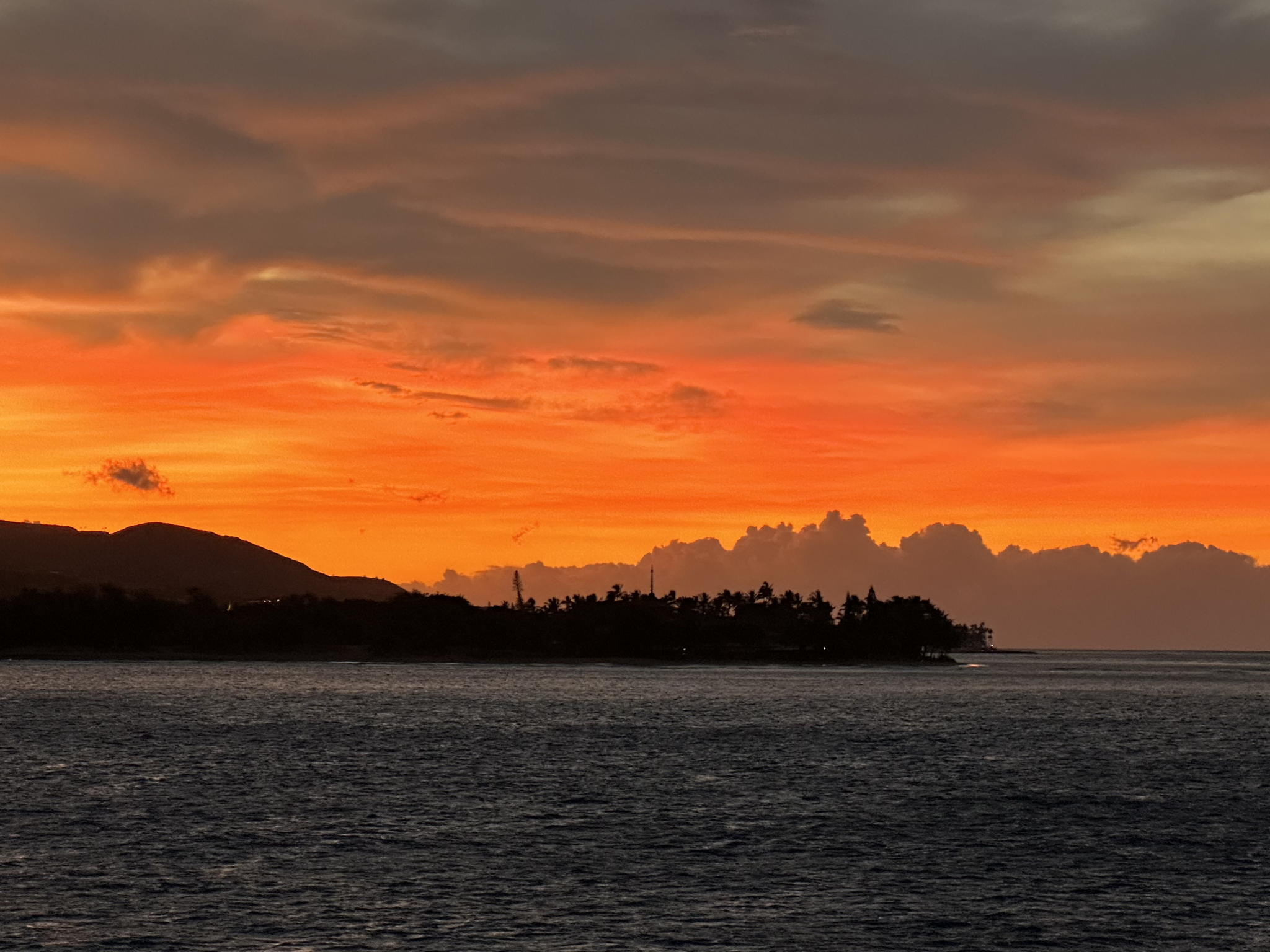 Robert didn’t ask me to put this up, but I couldn’t resist.  He sent it while on the trip, with the remark, “Richard had a slide in one of his talks comparing embryonic development to origami, which was why he pulled me in as a visual aid when that slide came up. That was, of course, great fun.  Charming fellow, I gather he’s done some biological something-or-other in his day.” 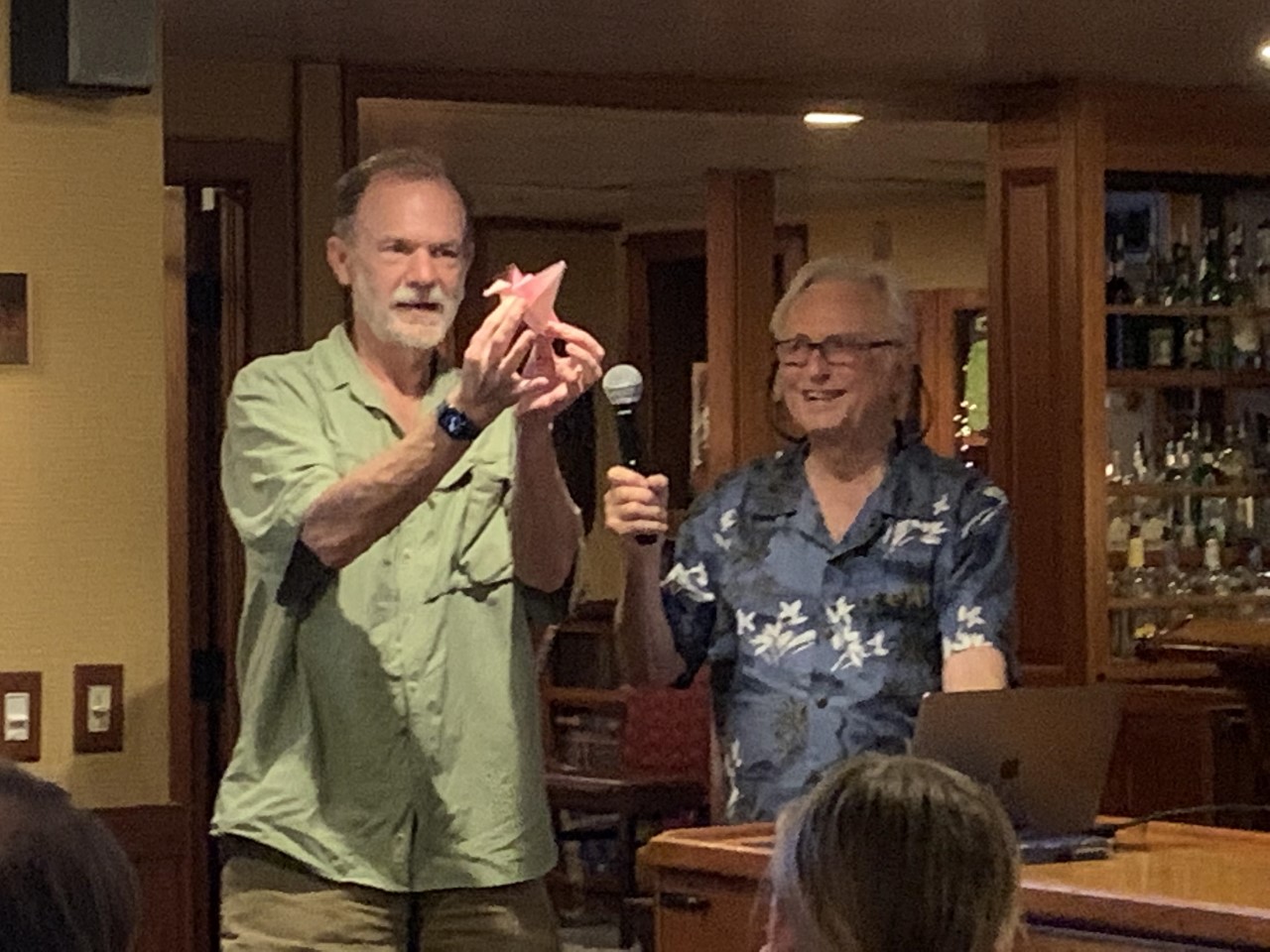 Finally, since Mauna Loa is having one of its rare eruptions on the Big Island, I asked Robert if he saw it directly. He responded:

We did see the eruption from afar, from the plane while flying in. (Pic below.) One of the days we drove up to within a mile of the flow, but it was fogged in so we couldn’t see anything. 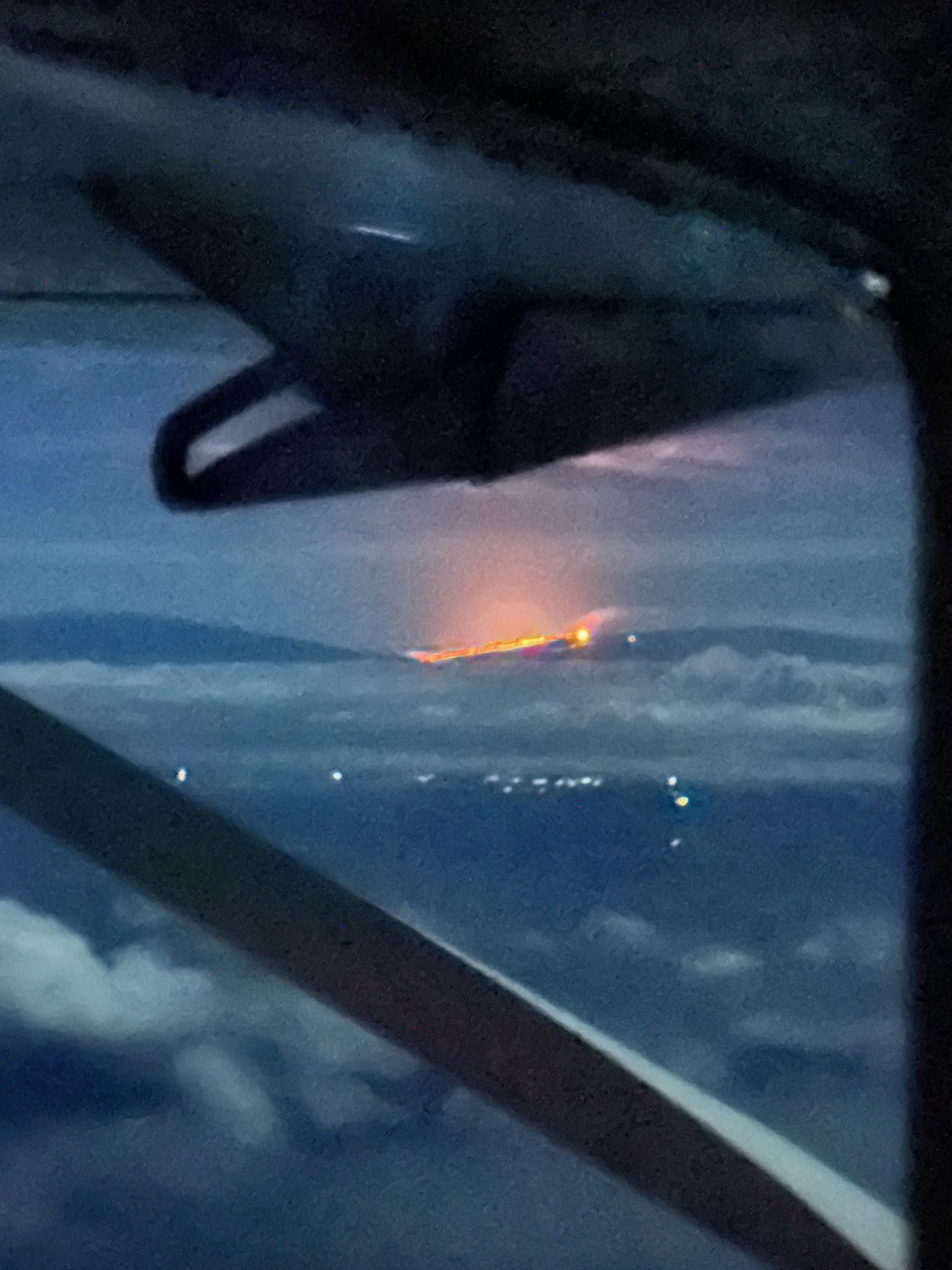 What a great gig for Richard! I’m jealous.