We are lucky to have YouTube access to the full NOVA documentary on cats: “Cat Tales”.  It’s about 54 minutes long, and well worth watching. Note that a woman’s brain responds to the sound of a baby crying before the woman is aware of detecting it. No free will! And note that the sound of a cat’s meow induces the same brain response. (This is all in the first nine minutes.)

I like the video because it’s science oriented, concentrating on the origin, biology, and behavior of the domestic cat. Spare an hour and have a look:

Today is the World Cup game, between Croatia and Morocco, that will determine third place. (The final, tomorrow, pits Argentina versus France.) But any team would benefit from enlisting the cat Indy.

Indy is a great goalkeeper: only one ball gets through in the video below, and he makes a gazillion saves. Why isn’t he playing for Argentina?

The English national team had to leave the race for the World Cup, but they won a great consolation prize: a lovely Qatari tabby. As the Guardian reports (click on screenshot above):

England’s footballers are coming home without the World Cup trophy but were not entirely empty-handed on leaving their training base in Al Wakrah on Sunday.

The defenders Kyle Walker and John Stones, who both started for Gareth Southgate’s team in Saturday’s 2-1 defeat by France, befriended a stray tabby cat during their four-week stay in Qatar.

Stones named their handsome new feline companion Dave, while Walker had said they planned to adopt the cat and bring him home to England should the Three Lions ultimately triumph.

Despite that dream again failing to become a reality, it seems the players had become too fond of Dave to say a final farewell when they departed Al Wakrah.

The cat was transported to a local veterinary clinic for tests and vaccinations and will spend four months in quarantine before what is presumably a free transfer to Manchester City – or to the care of Stones or Walker, who both play for the Premier League champions. 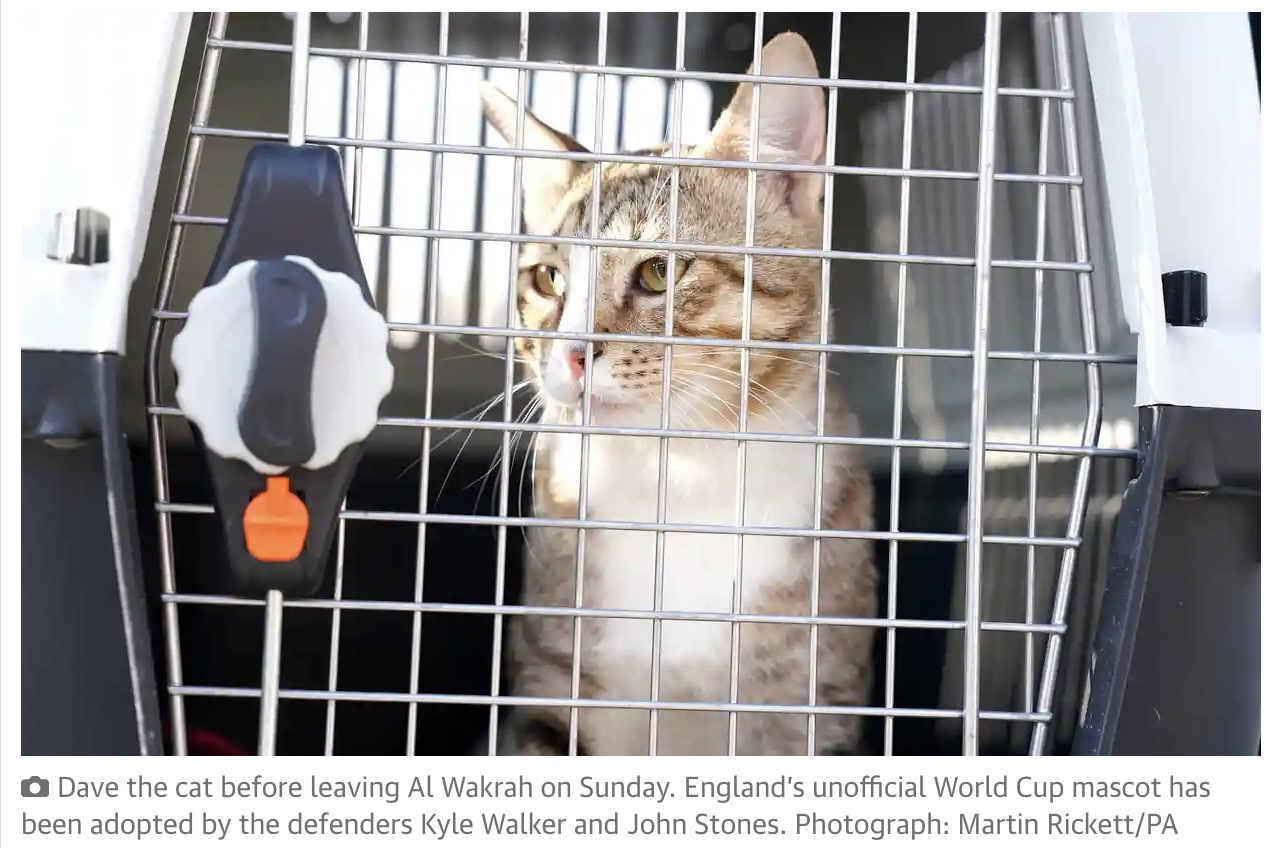 “They’re still undecided as who’s having him but he’s going back,” said a woman tasked with taking Dave to the vet’s on Sunday, in a video posted by Rich McCarthy on Twitter.

“He was just there one day so we’ve just adopted him, me and Stonesy,” Walker told the FA’s official media channel during England’s World Cup campaign. “Dave is welcome to the table … Some people really don’t like the cat, but I love him.”

“First day we got there … Dave pops out,” Stones said. “Every night he’s sat there waiting for his food.”

Walker also told journalists that Dave was involved in a fight with a rival cat before the last-eight defeat by Les Bleus. “Dave’s fine, thank you for asking,” Walker revealed.

Dave is not the only cat to have grabbed the media’s attention in Qatar. Before their quarter-final defeat by Croatia, Brazil’s press conference was invaded by a cat that sat in view of the cameras next to the forward Vinícius Junior, before being thrown off the table by a team official. 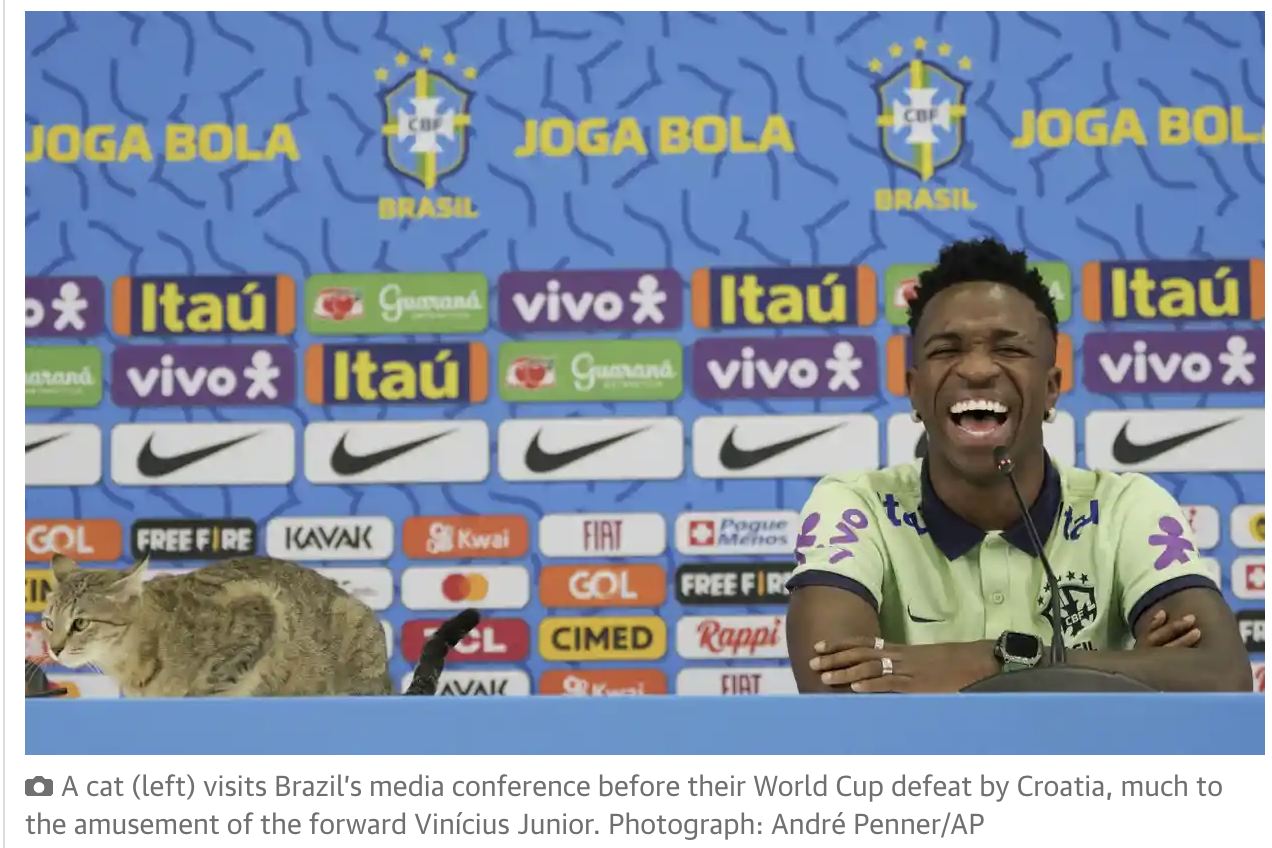 The Express adds that three England players are vying to give Dave a home. 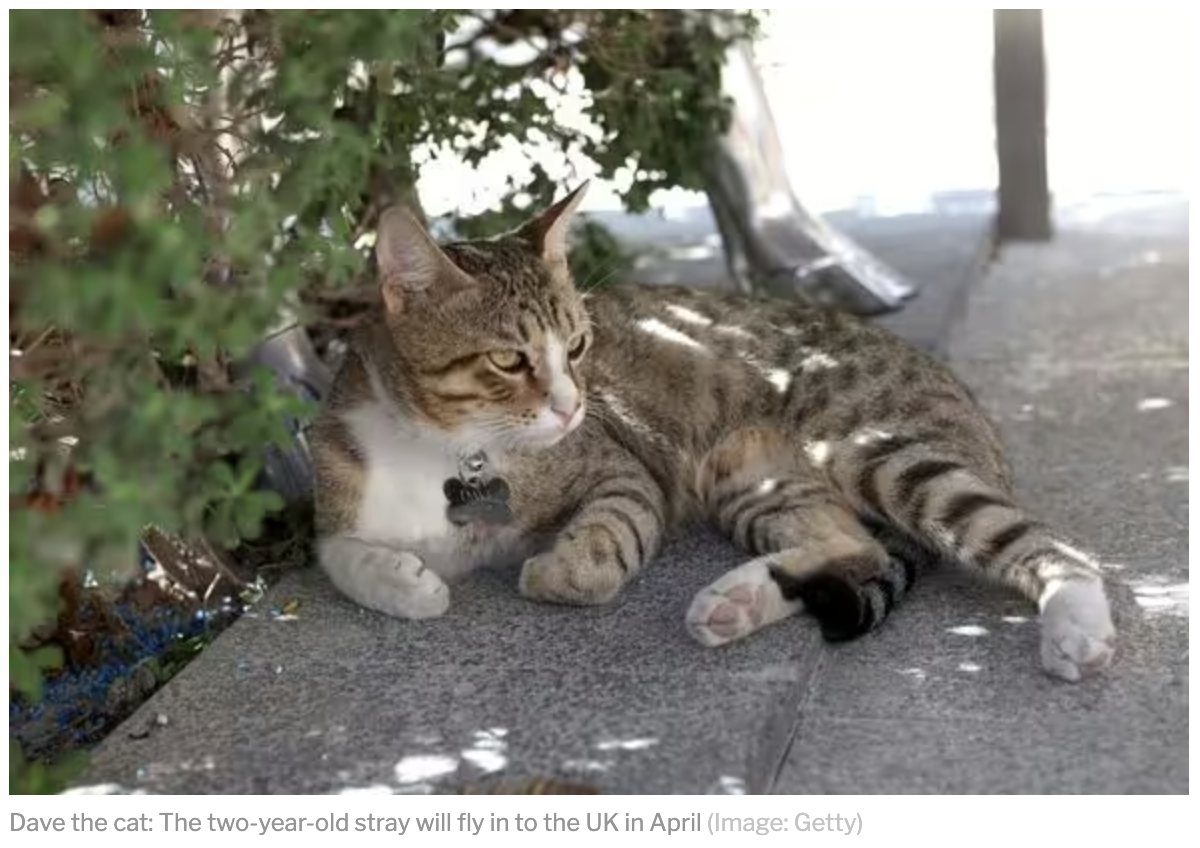 Here’s a video of Dave on his way home: