After working for a couple of weeks, a crew of men (no women) have now sucked all the mud off the bottom of Botany Pond, exposing the cement that’s to be inspected for cracks. They’ve also exposed something I didn’t know about: there are barriers of cement in both the pond and channel, but they were so deep under the muck (there must have been three or four feet of mud) that I never detected them. Nor do I know what they’re for.

Plans call for inspection of cement, filling of cracks, and, I hope, regrading the cement so that there are at least two sloping areas where ducklings can exit the pond. Facilities doesn’t seem keen on making any provisions at all for the ducks next year, but we have an advisory biology committee now, consisting of four members, who will recommend amenities for the ducks.  The next step after cement repair is re-filling the pond with soil.

Then, next Spring and Summer, the pond will be landscaped, and if all goes well, will be filled with water in October—just in time for migrating ducks to stop by. They also need to add microfauna to the pond: snails, aquatic animals like worms, and so on, for without those the pond will be sterile, supporting neither fish, turtles, nor ducks.

Here’s the channel: it’s much deeper than I imagined—almost as tall as I am. I never touched bottom or even detected the barriers when I was in there rescuing ducklings.  I’m not sure if the pipes are new. Notice the two cement barriers. What are they for? The pond drain is to the right, at the end of the channel. 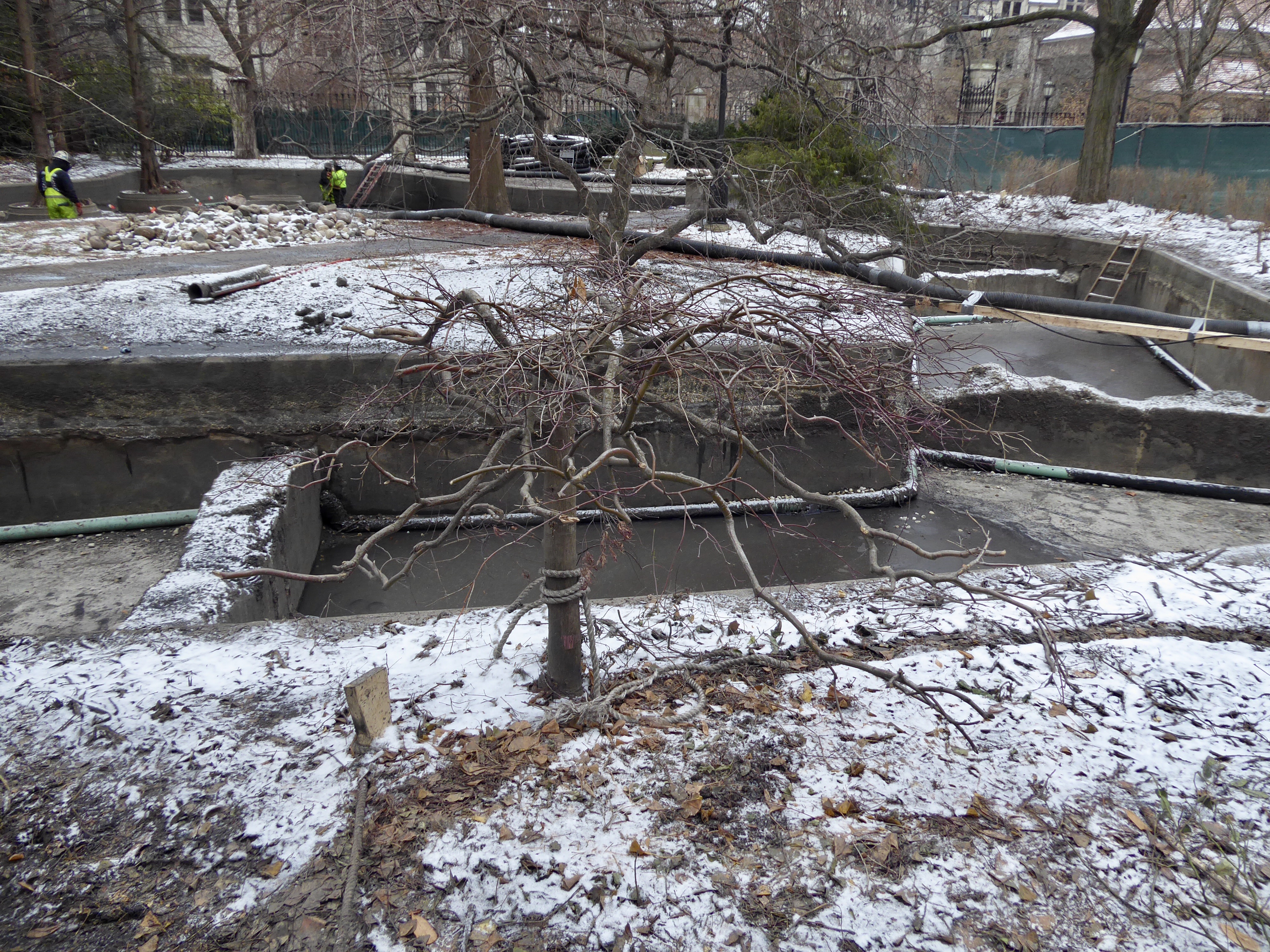 A panoramic view of the work. It’s below freezing today, and I feel sorry for the workers. I hope they get paid well! (It’s Saturday; they work six days a week.) The channel is in the foreground, the main pond in the background. Erman, on whose ledges many ducks have bred, is the building to the left.

We will have a duckless season next Spring and Summer, which is sad, as I may not get to see Honey at all.

29 thoughts on “What they’ve done to Botany Pond”