Send in your photos, lest I get shpilkes in my kishkes!

Today’s photos are from Arizona, and were contributed by reader Bruce Cochrane. His captions, and IDs are indented, and you can enlarge the photos by clicking on them.

With the exception of two years disrupted by Covid, my wife and I have made a spring trip to the Tucson area every year since 2012.  We usually stay at vacation homes in the desert west of Tucson, most recently in the Robles Junction area.  Over the years, I’ve accumulated quite a collection of plant and animal pictures, and while I can’t claim to be a sophisticated outdoor photographer, I’ve managed to get a number of decent photos.  Here are some of the animals; I will contribute a set of plant in the near future.

For people new to the Sonoran desert, a good place to start is the Desert Museum. It has a great collection of both plants and animals, the latter housed in reasonably natural habitats.    It also does animal rescue work, and in 2012 we got to see its raptor show, featuring birds that could not be released into the wild.  One I was able to photograph was a Ferruginous hawk (Buteo regalis). 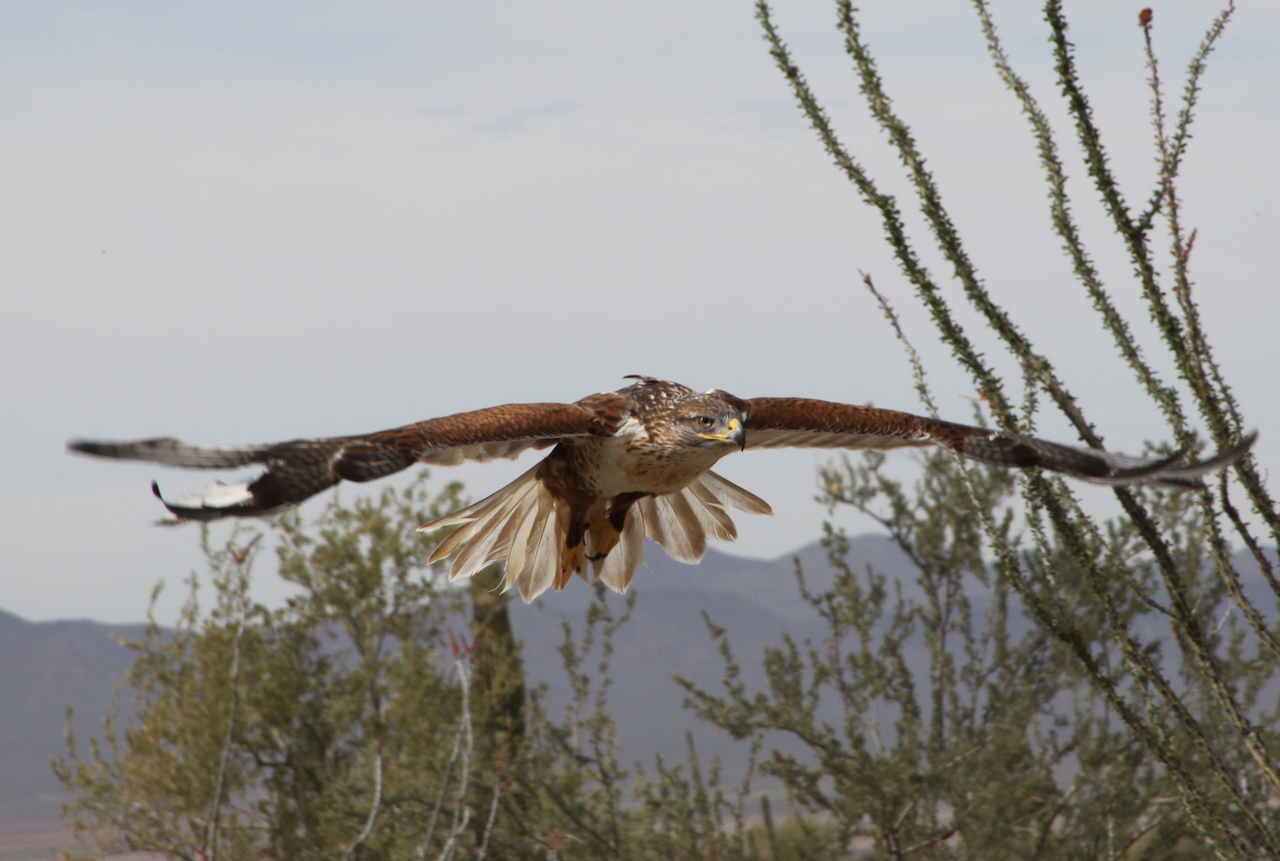 Another one flying overhead at nearby Saguaro National Park West. 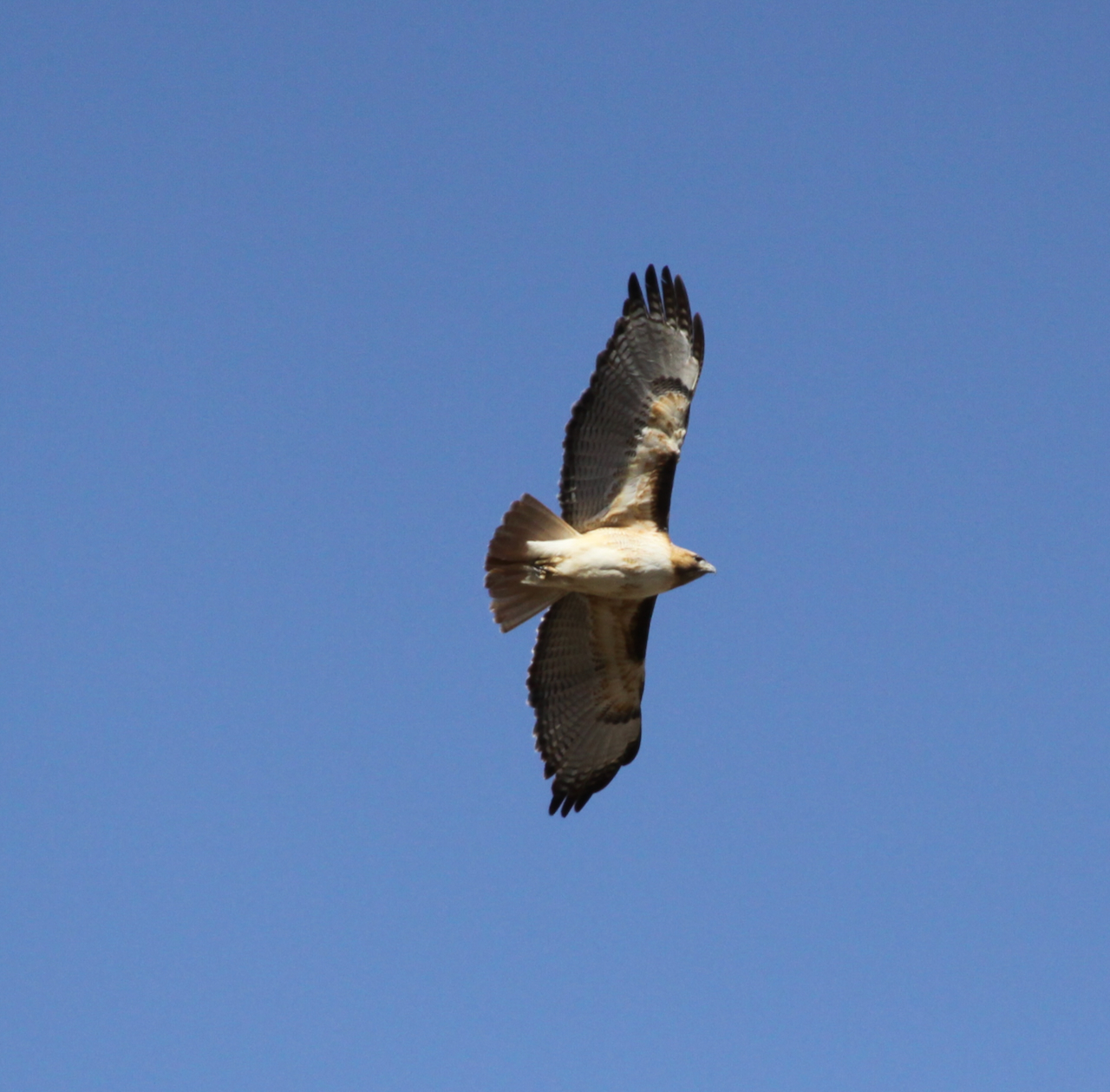 One of our regular stops is at the Patagonia-Sonoita Creek Preserve, a Nature Conservatory property about 65 miles south of Tucson.  It’s quite distinct from the Sonoran Desert, and it contains one of the few remaining permanently flowing streams in the state.  It is an internationally recognized birding hot spot, and although we’ve never been able to get there early enough in the morning to really appreciate it, I have managed to get a few  photos. 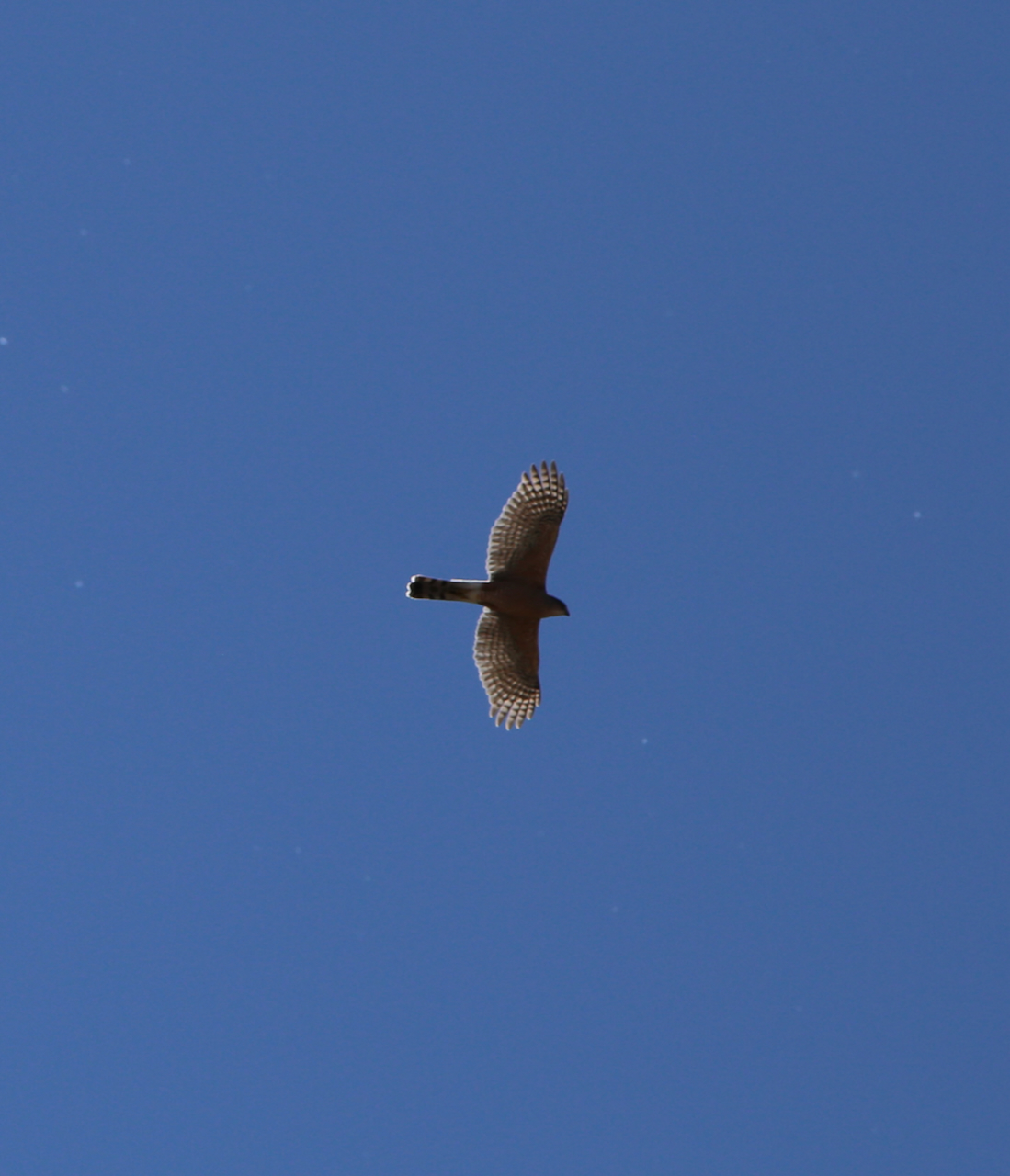 There’s usually lots of activity at the hummingbird feeders, with several different species often present. This one is a Broad-billed Hummingbird (Cyanthus latirostris): 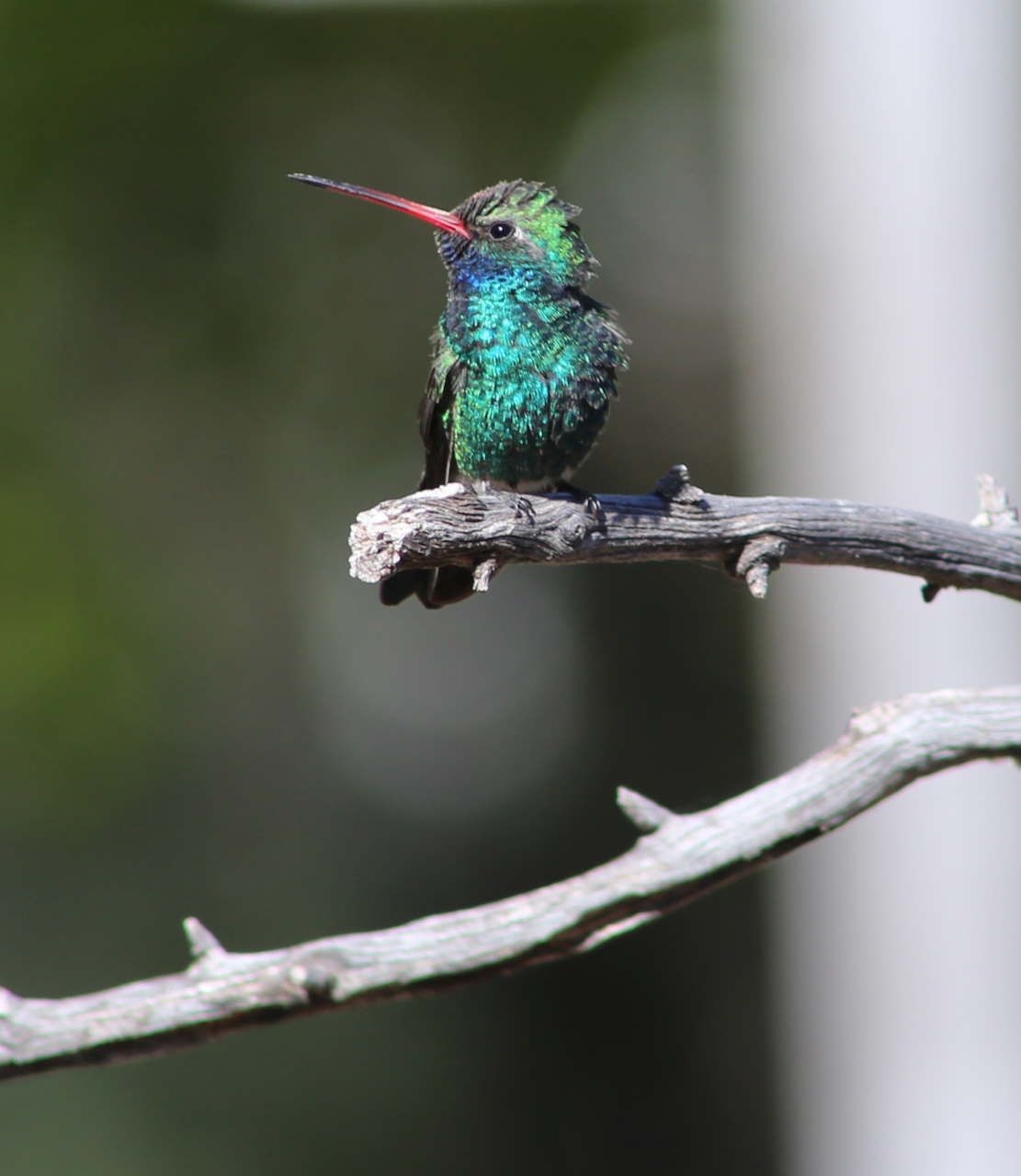 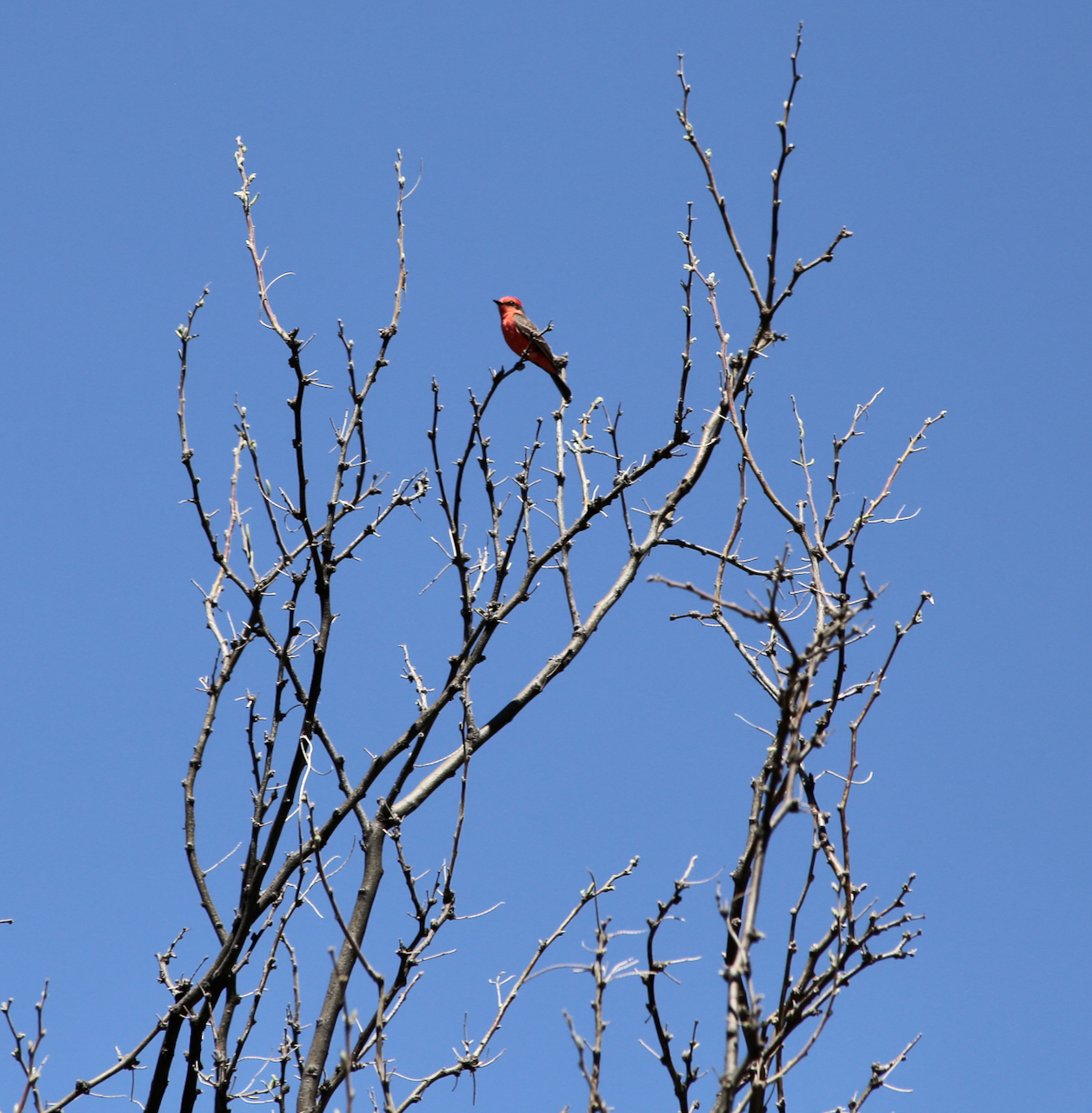 There are, of course, mammals as well.  Although often mistaken for wild pigs Javelina, or collared peccaries (Dicotyles tajacu) actually diverged about 36 million years ago and in fact are members of different families (Suidae vs. Tayassuidae).  They are gentle animals that can do a number on landscaping: 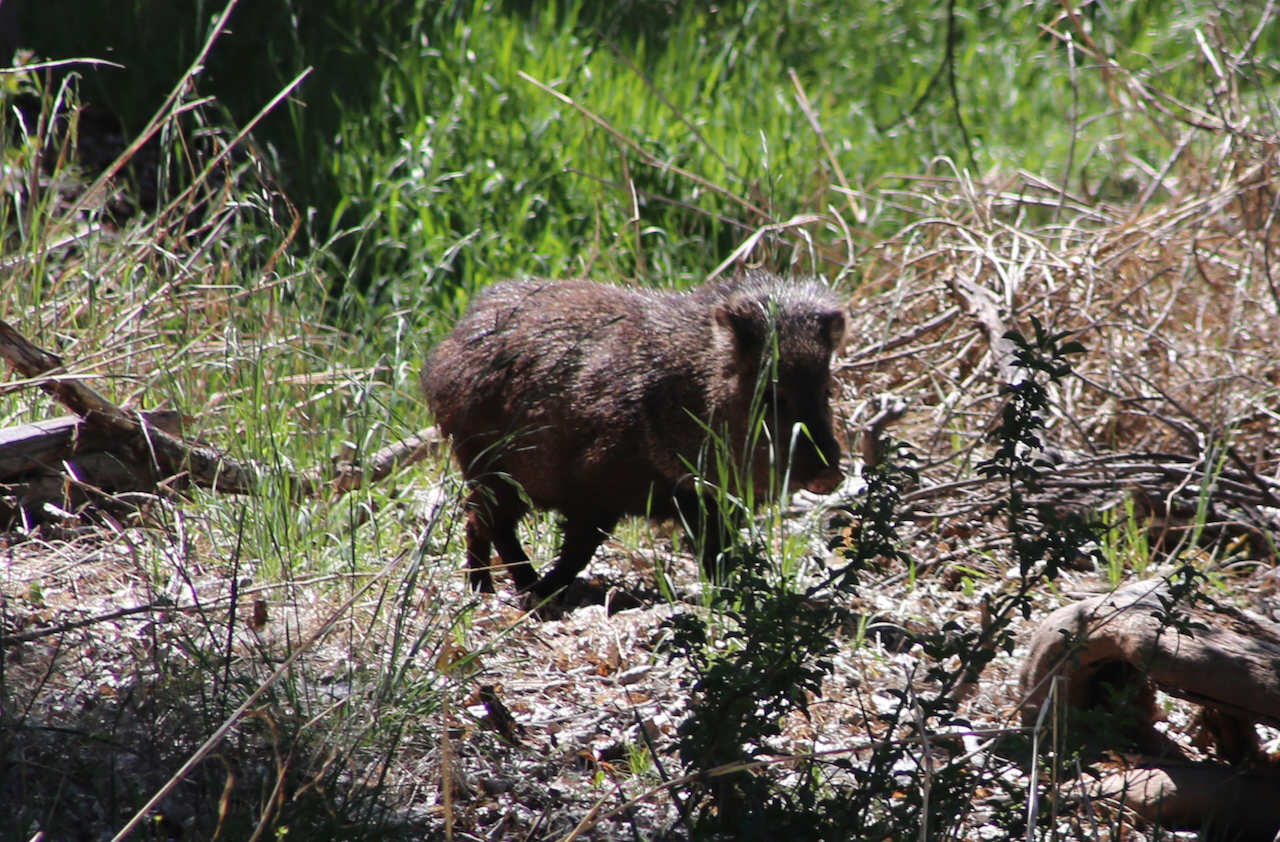 We discovered Buenos Aires National Wildlife Refuge, about 65 miles southwest of Tucson on the Mexican Border, in 2013.  It had been a cattle ranch, but was made a wild life refuge in the early 1970’s.  It’s a great place to visit, as it is well off the beaten path.  Here are a couple of fairly common denizens. 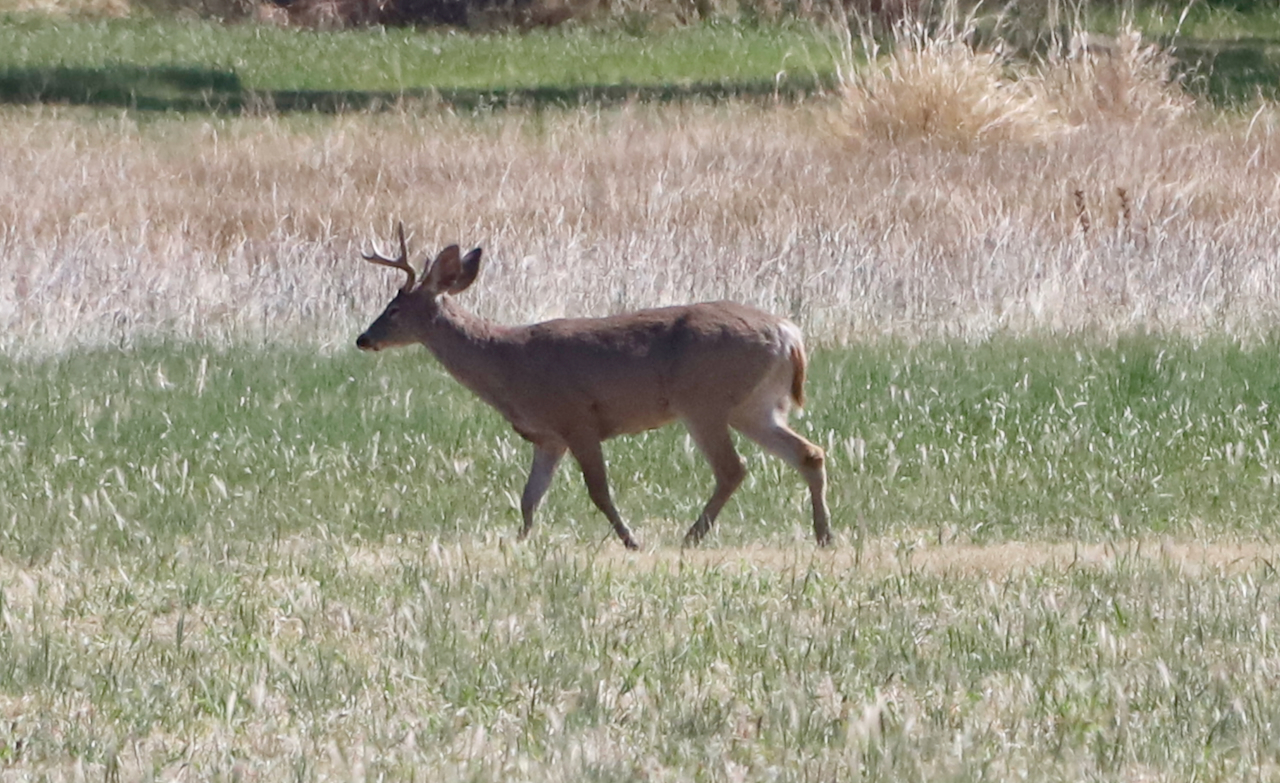 Pronghorn (Antilocapra americana), Although often referred to as an antelope, it is in fact only distantly related to true antelopes of Africa and Eurasia (divergence time is about 30 million years. 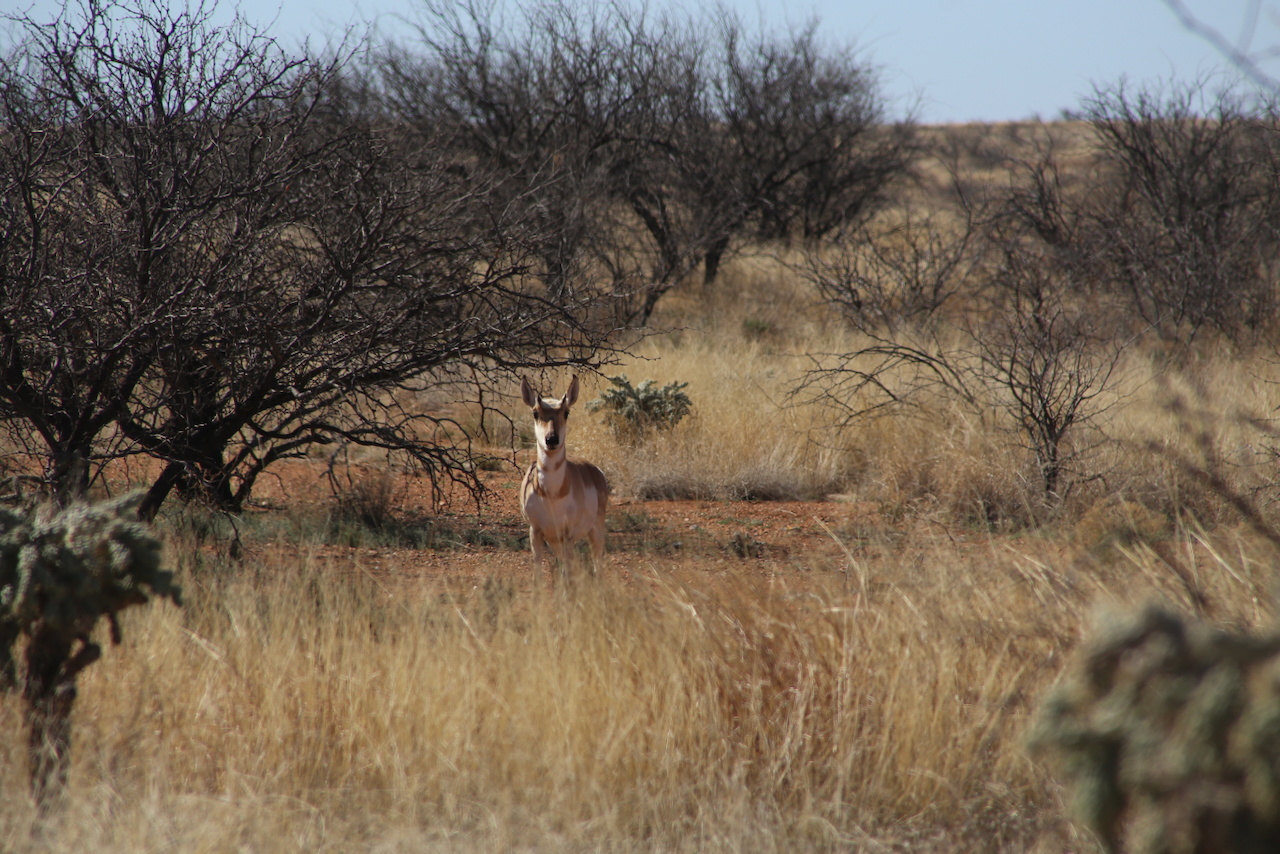 Gila Monsters (Heloderma suspectum) are fairly shy creatures, so it was incredibly fortunate for us that this one decided to saunter across the road in front of us in Organ Pipe Cactus National Monument.  Although a venomous reptile (the only one native to the US), it does not pose any significant threat to humans. 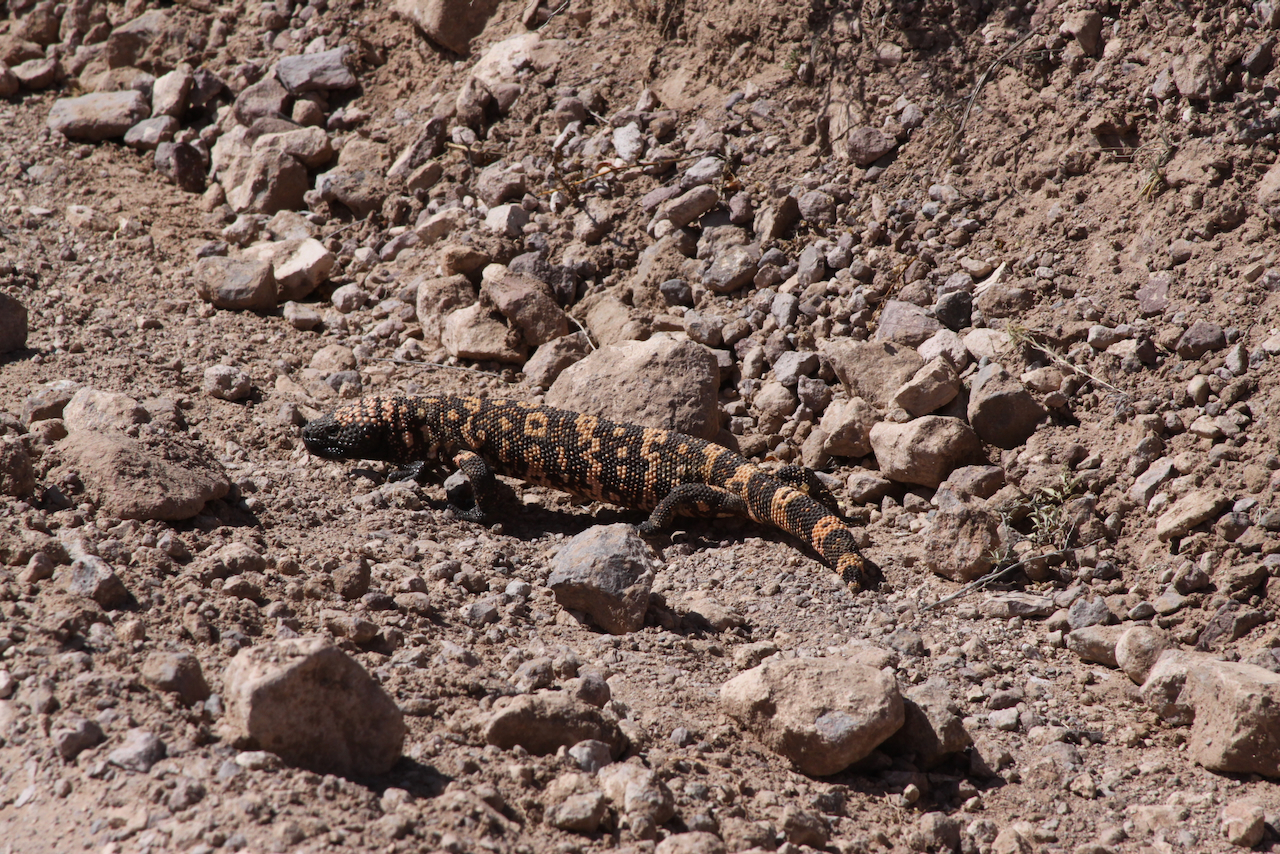 In 2019, we ventured south to Puerto Peñasco in Mexico and walked out on the tidal flats north of La Choya.  There were lots of invertebrate species, including this  crab (unknown genus and species, at least to me): 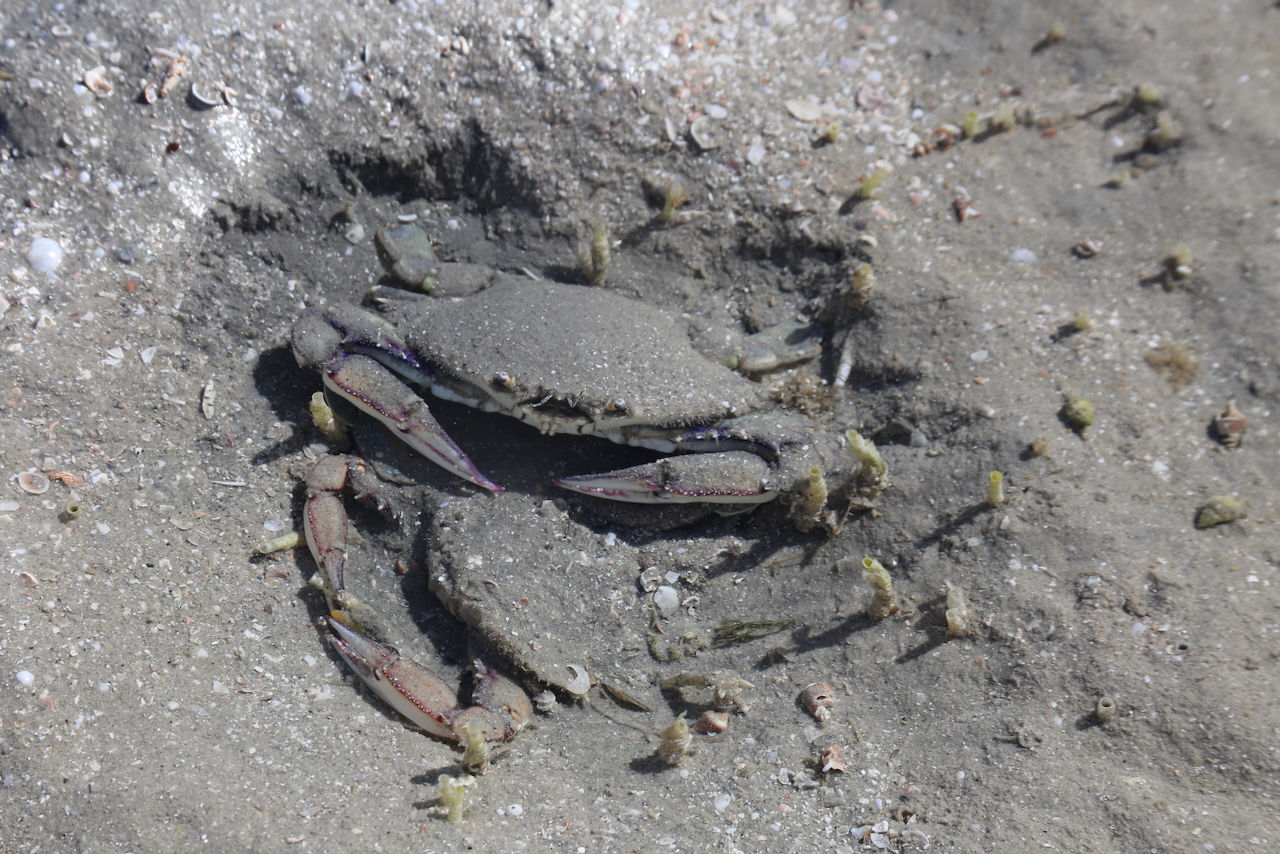 Finally, one habitat of Homo sapiens, A Tucson “landmark.” Note that we did NOT stay there, even for an hour.  You can read more about it here: 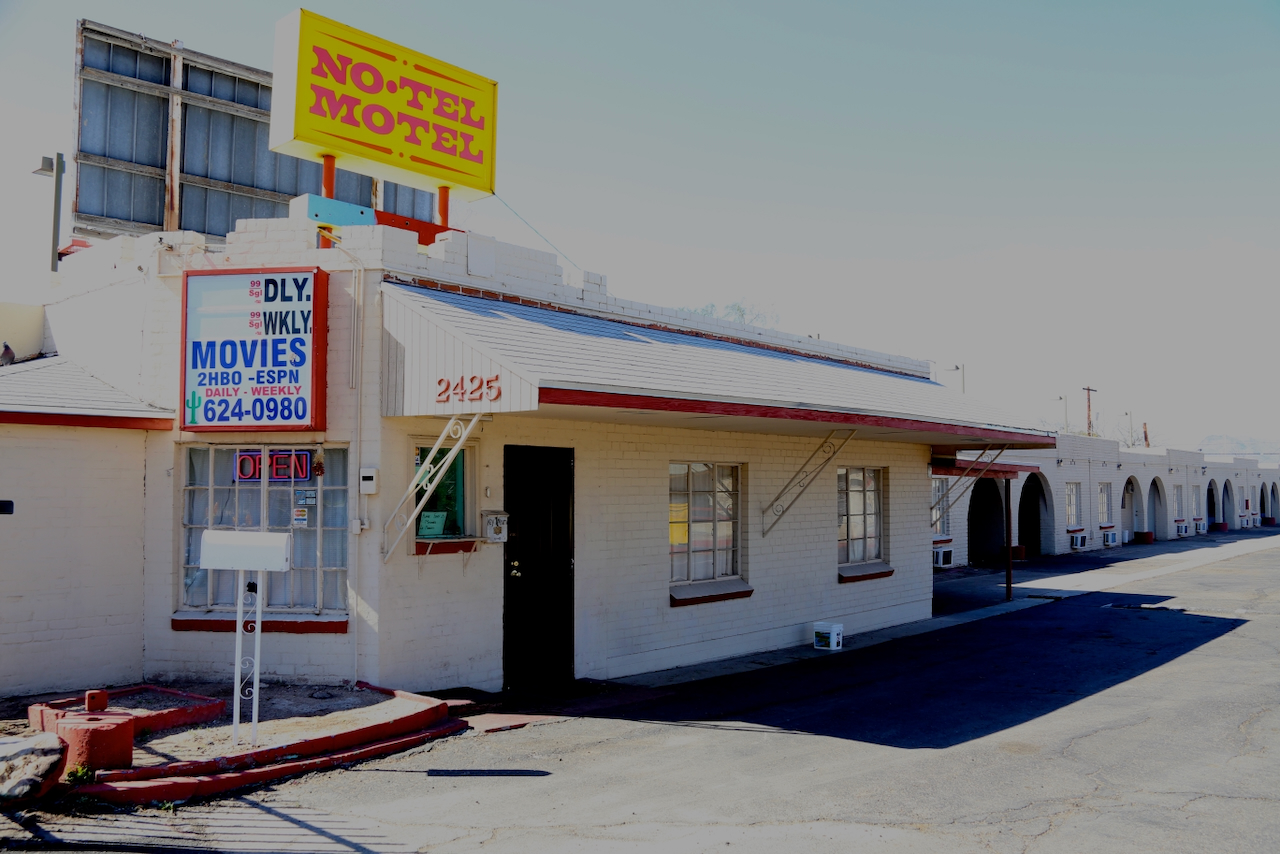