Today we have some odds and ends, individual pictures (or a small set) sent by readers. First up is from Joe McClain (all readers’ captions are indented):

I submit for your consideration for the Readers’ Wildlife Photos category this photograph. It depicts interspecies interaction between a young Sylvilagus floridanus [Eastern cottontail] and a stunning specimen of Granddaughtera cutiepii. Observe how each articulates their limbs in unison. 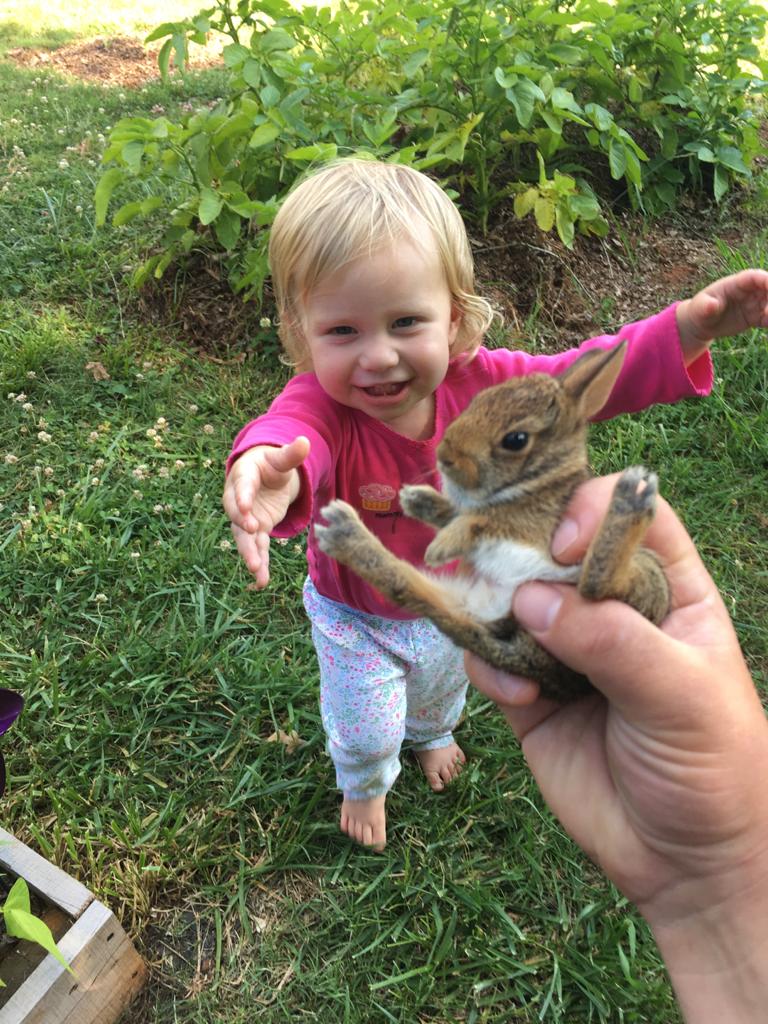 In regular parlance it’s my granddaughter, Lily B., expressing delight at the baby bunny held by her father. The dad is my son, Jake, who you might remember was featured in a Readers’ Wildlife Photos entry a few years ago with his work with American kestrels (Falco sparverius) on the Eastern Shore. Jake said the cottontails were living quietly in their garden; no one knew they were there. Suddenly, one day, a ruckus! A snake (species unknown by me) was aiming to make a meal of the baby buns. Jake relocated the snake (which his Aunt Tanya maintains was just trying to make an honest living).

The bunny was returned to its mom.

Diana MacPherson, who sent this yesterday. Her caption, as with the other folks’, is indented:

I managed a decent capture of Comet NEOWISE today with my camera on a tripod looking to the SW in the evening around 10:30 PM. I think this turned out quite well as you can see the tail & the star trails are minimal. 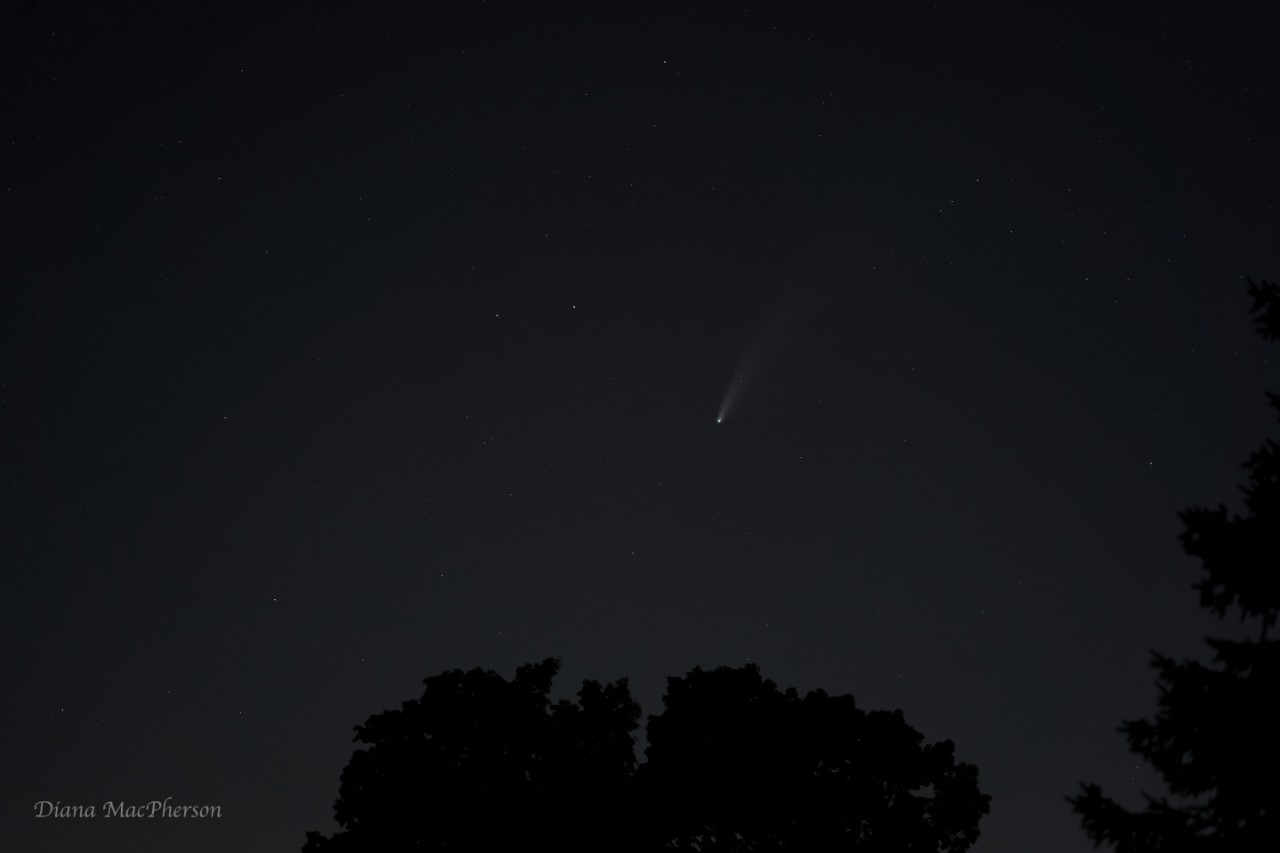 My first picture is a daylily (Hemerocallis) that I photographed on my daily social-distancing, mask-wearing, camera-carrying, walk in my neighborhood. I live in New Jersey, the Garden State, where beautiful flowers are abundant. This is often called a “rough around the edges” daylily. 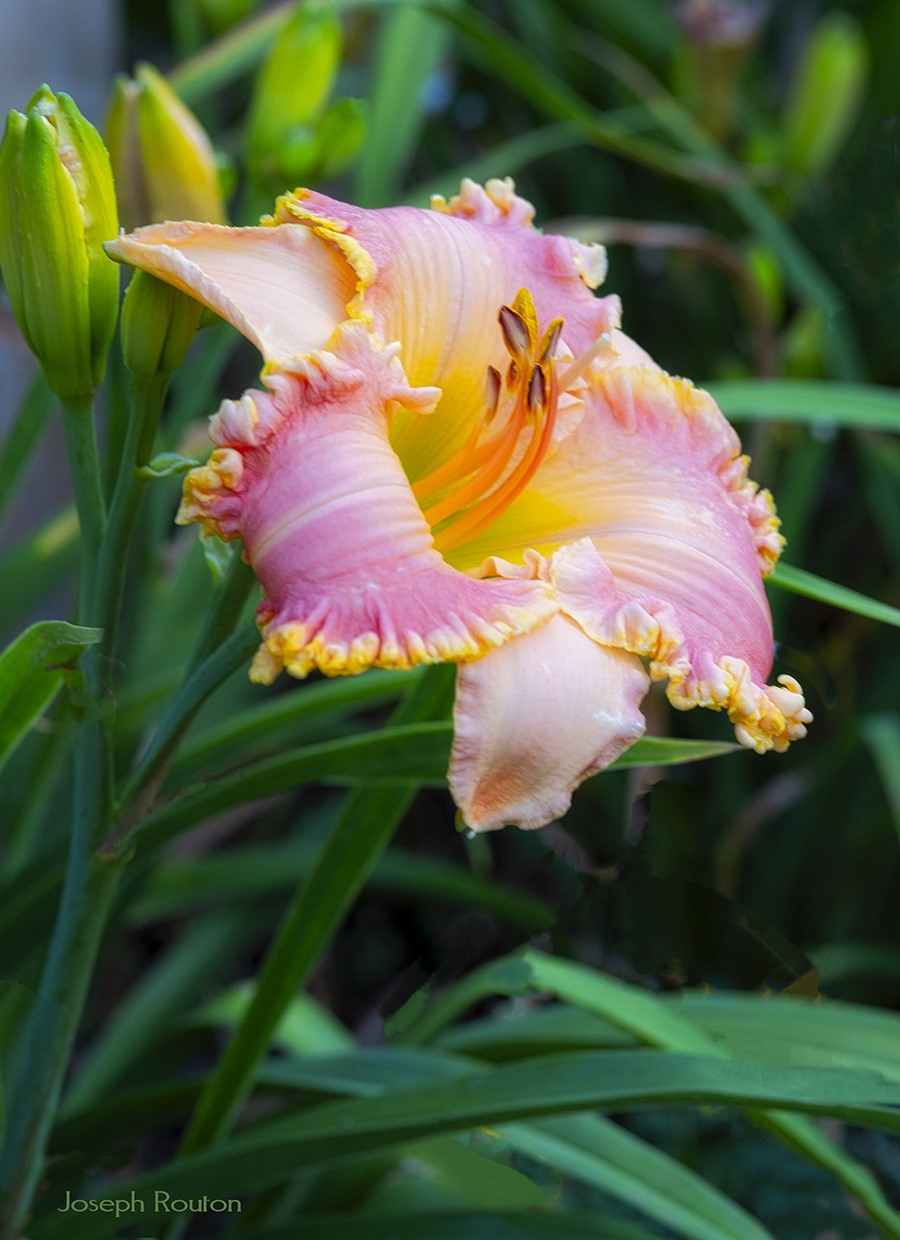 This is my photo of a Holy Thistle (Echinops Ritro lycia) that I photographed in the Pamphylia region of Turkey. My wife and I had just visited the nearby Roman theatre in Aspendos. The thistle was, to me, almost as impressive as the theatre, which is one of the largest and best preserved theaters of the Roman world. 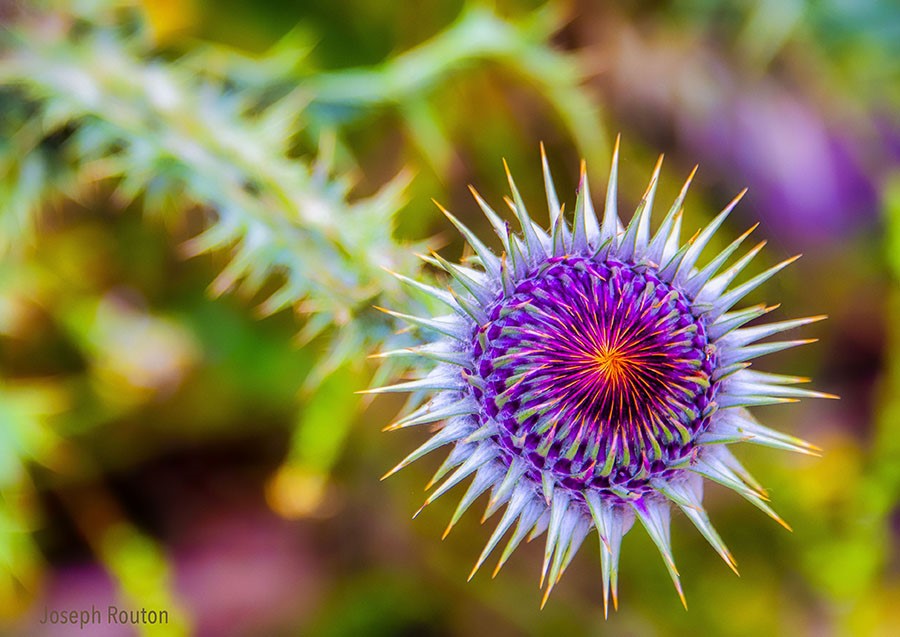 On my daily social-distancing walk I occasionally encounter a rafter of turkeys (Meleagris gallopavo). I made this photo, early in the morning, of one standing in my front yard. I never would have imagined that there would be so many wild turkeys, foxes, deer, and sometimes a bear in our Philadelphia suburb in South Jersey. 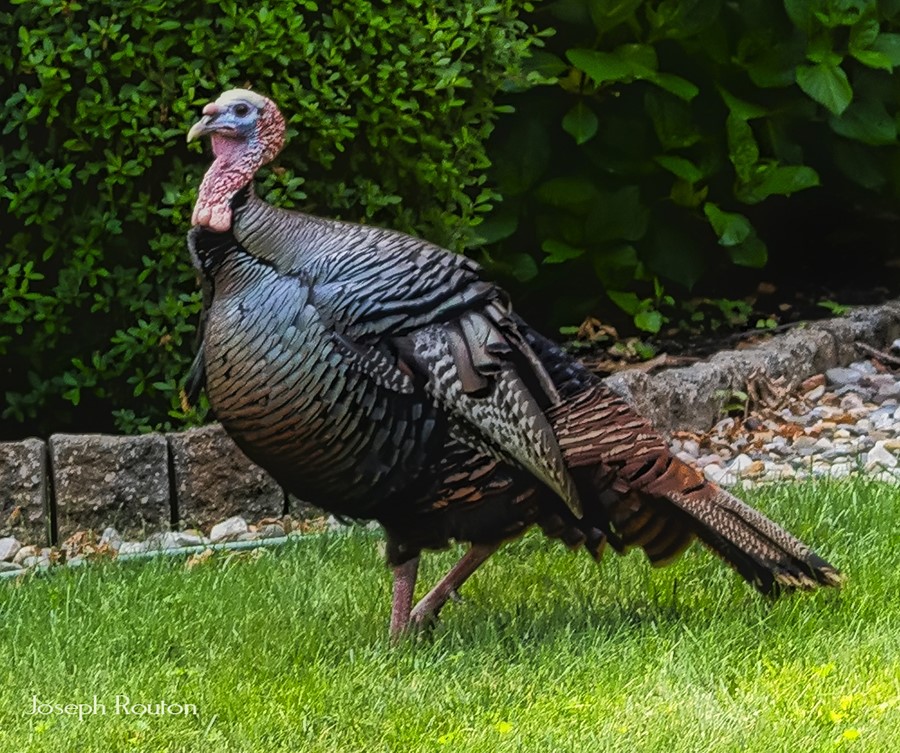 I submit this photo recently taken at dawn in Humboldt Bay at the Eureka waterfront. It seems to me that there is s calming influence what with all the ‘activity’ in the lower left corner with the Black-crowned night heron [Nycticorax nycticorax] contrasting with the mirror calm of the orange colors of Humboldt Bay in the rest of the picture. Nothing special biological-wise, just a nice atmospheric photo. Keep up the blog I read it top to bottom every day!! 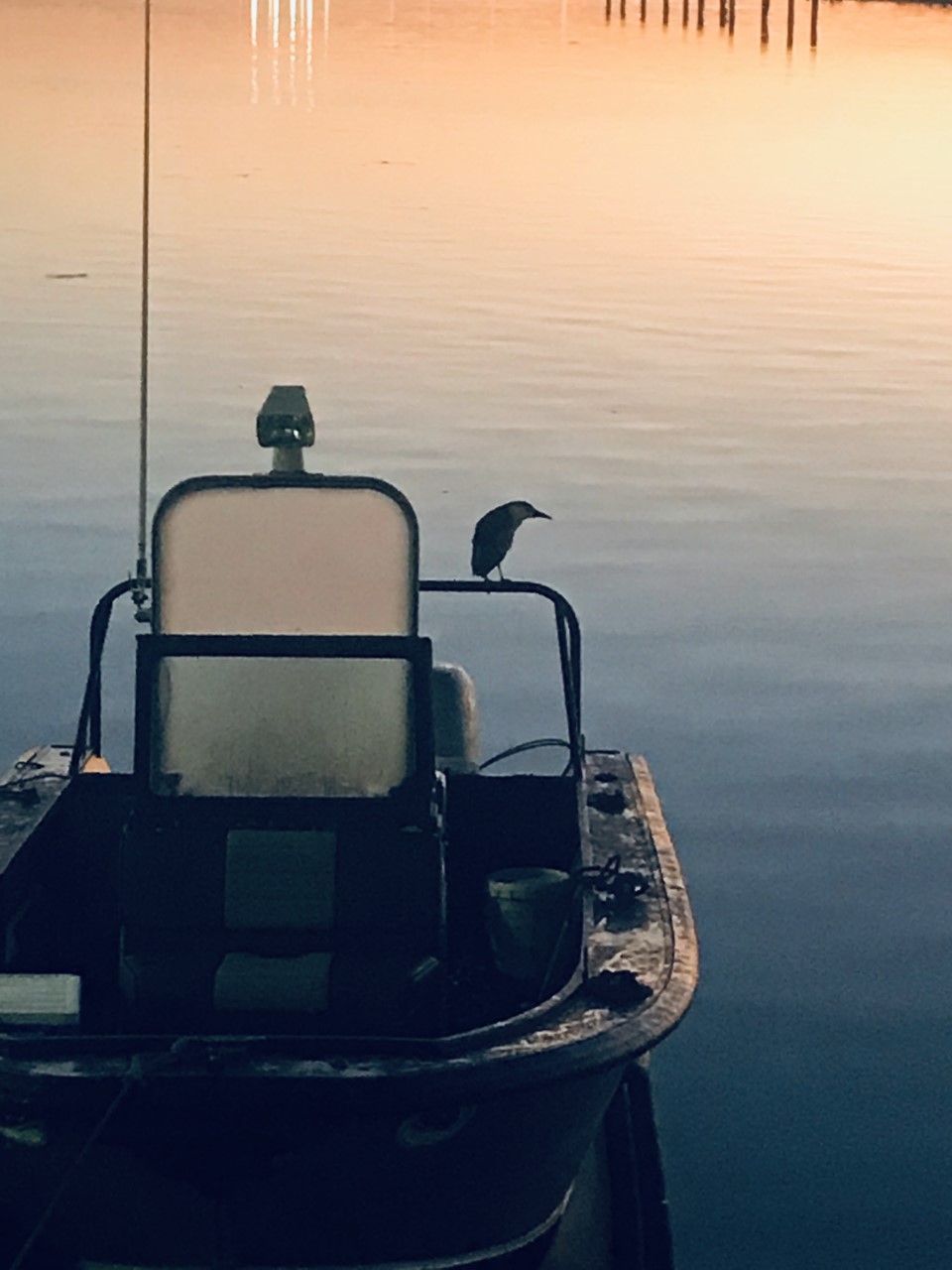 And an amphibian from Chris Branch: 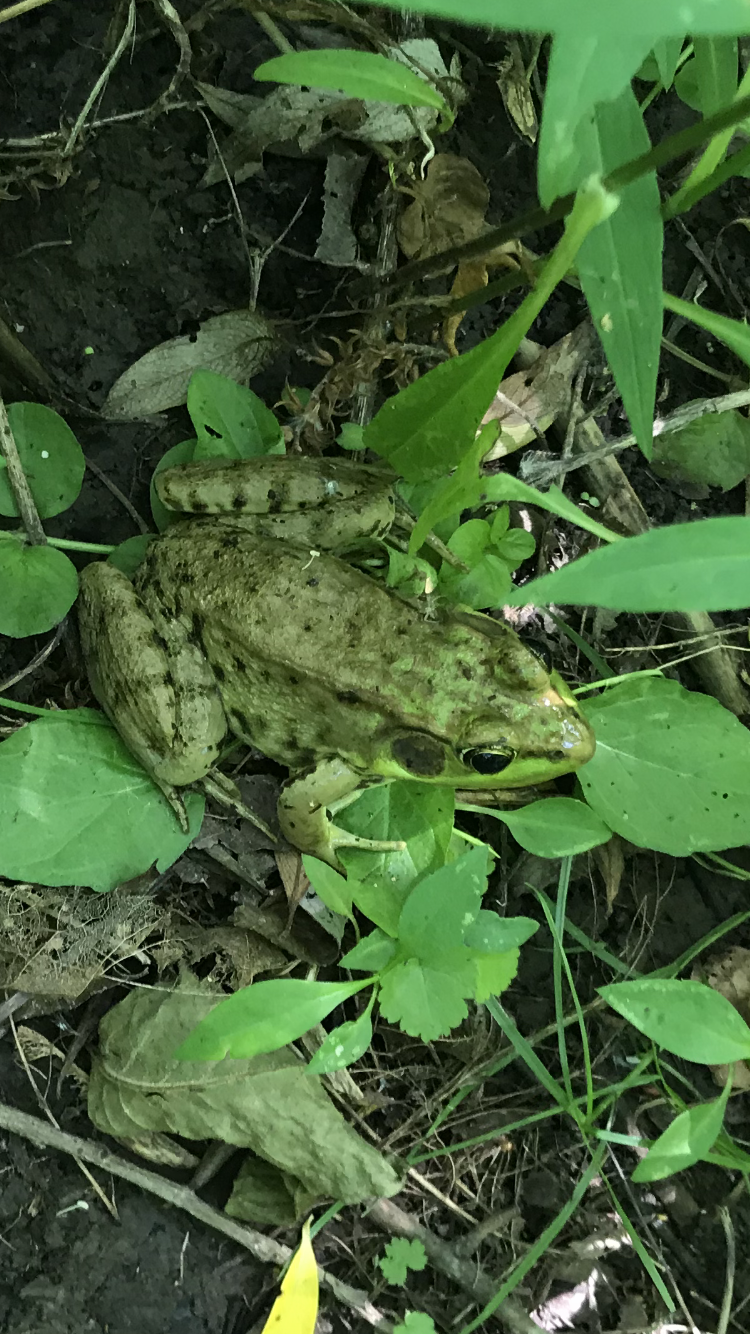 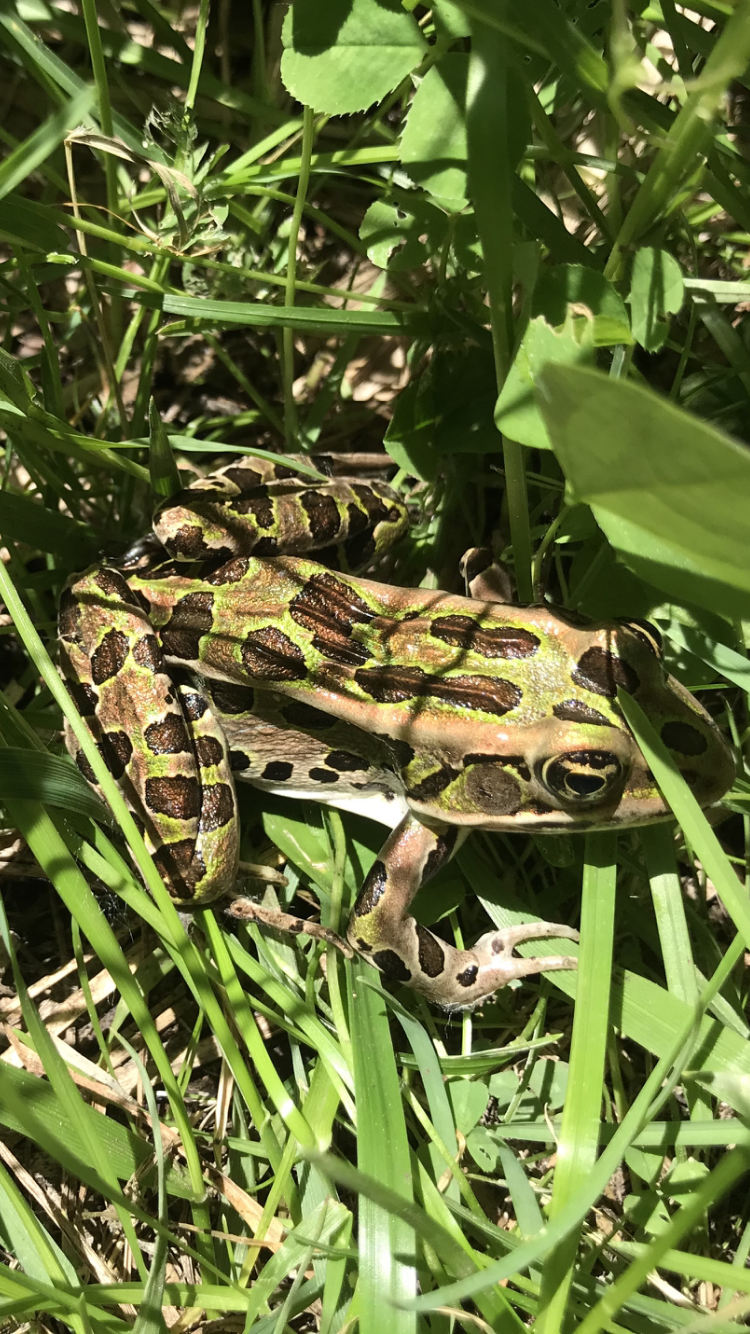