We start today with a bird that Stephen Barnard photographed in his hand. The explanation:

Immature male Common Yellowthroat (Geothlypis trichas). He stunned himself by flying into a window. After I snapped the photo he seemed OK. 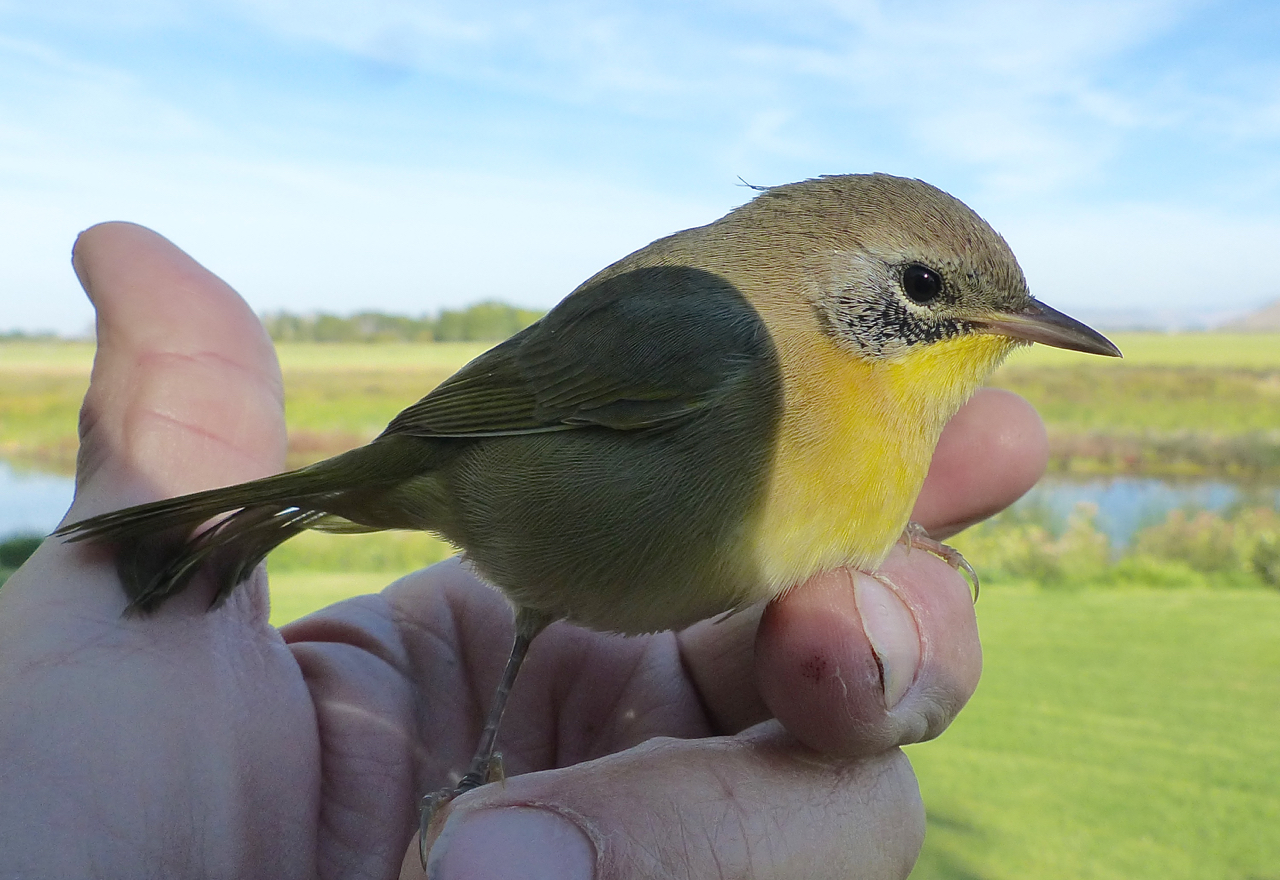 And Joe McClain from Williamsburg, Virginia, sent some animal “selfies” as well as a picture of his son doing field work:

You remember the pictures I send of my son Jake trapping kestrels on the Eastern Shore? After he got his degree at William & Mary, he enrolled in a graduate biology program at the University of Arkansas, studying with David Krementz. Jake is still trapping birds, but now he’s after bobwhite quail [Colinus viginianus]. His current project involves studying the effect of mesopredators on quail populations in an area of Missouri.

He traps and bands the quail. There’s a Jake and Colinus virginianus selfie and a couple of other quail photos. He sometimes gets other birds in the live trap. It’s something to see the beautiful pattern on these birds close-up. 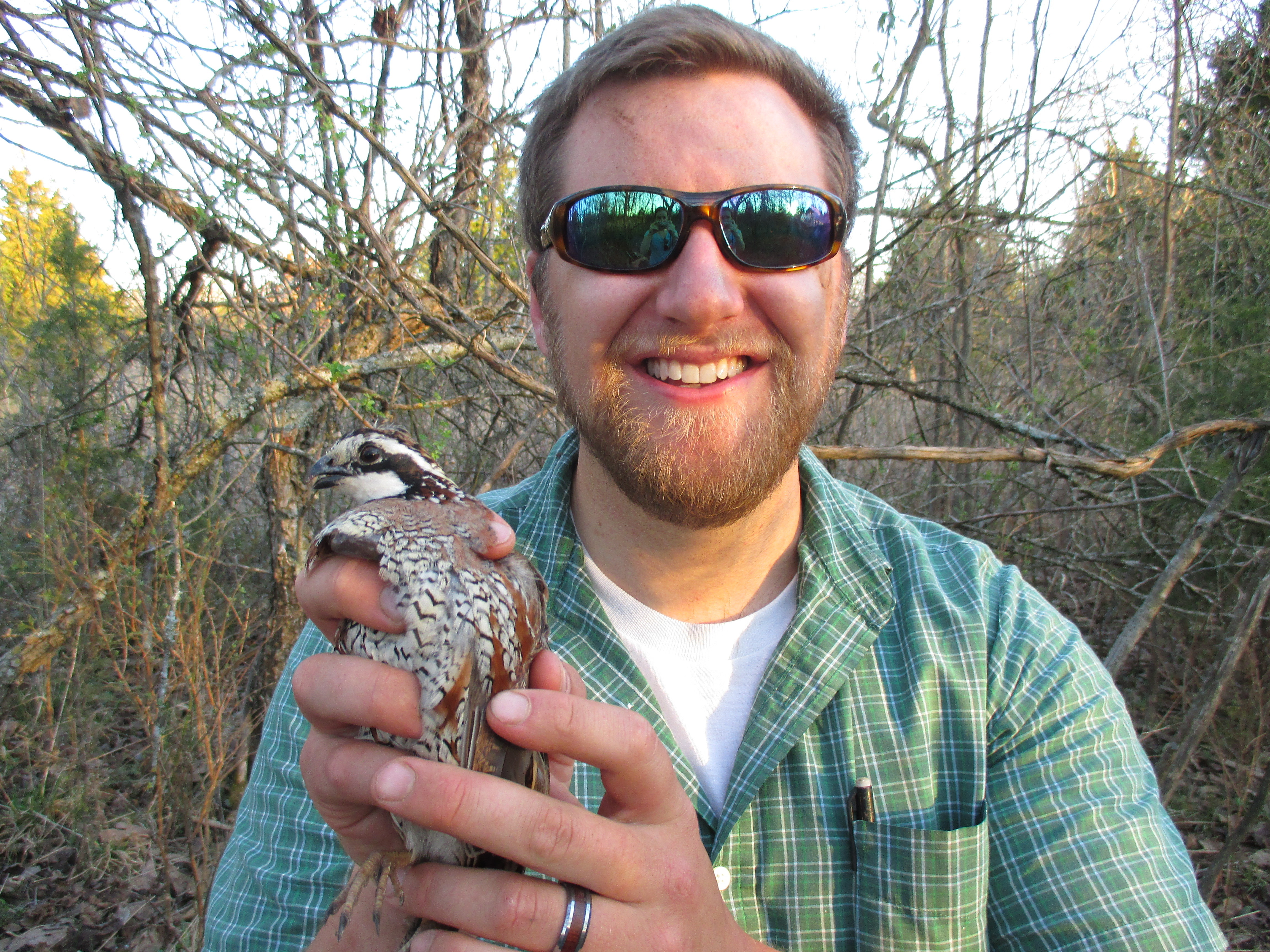 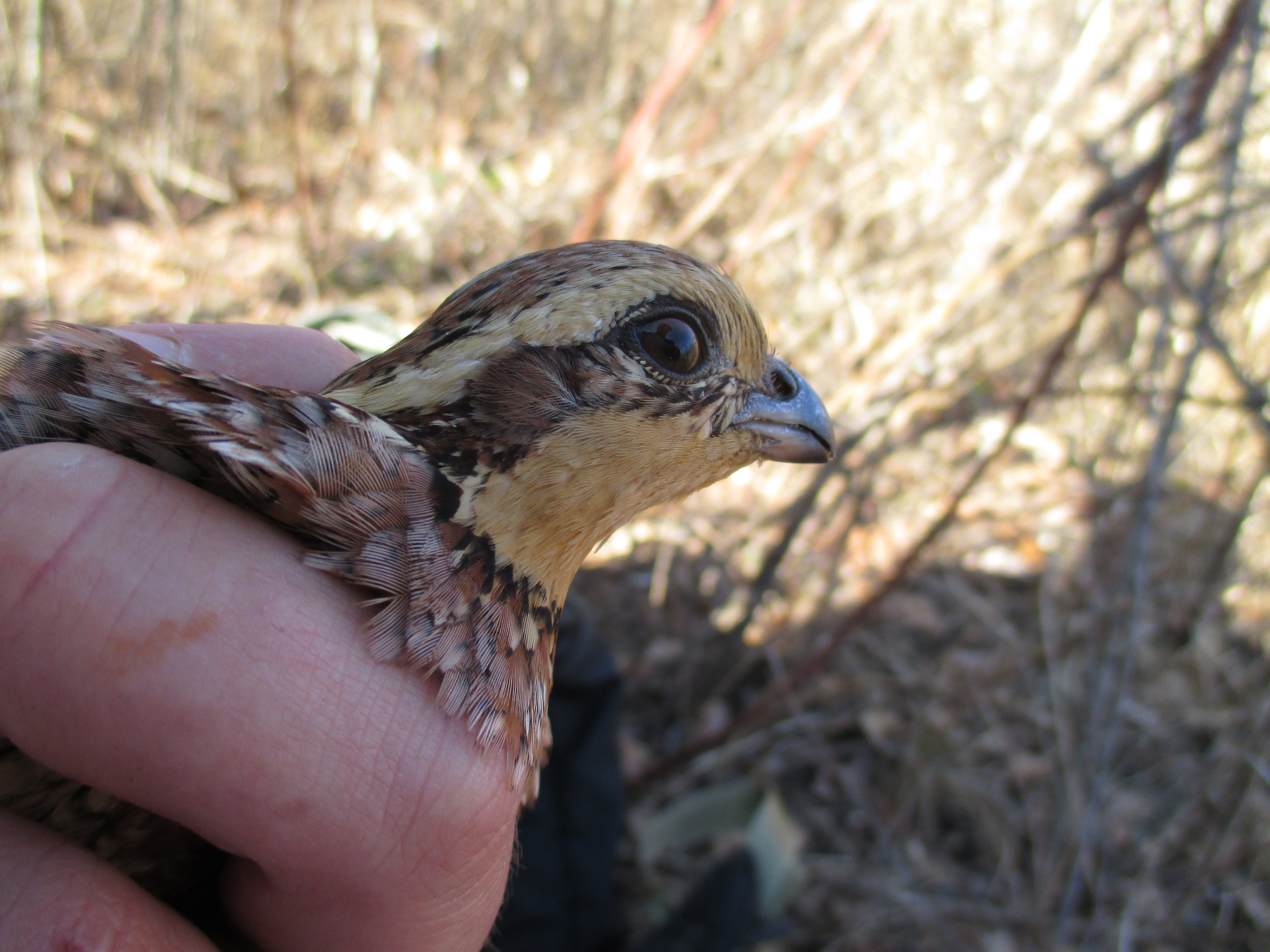 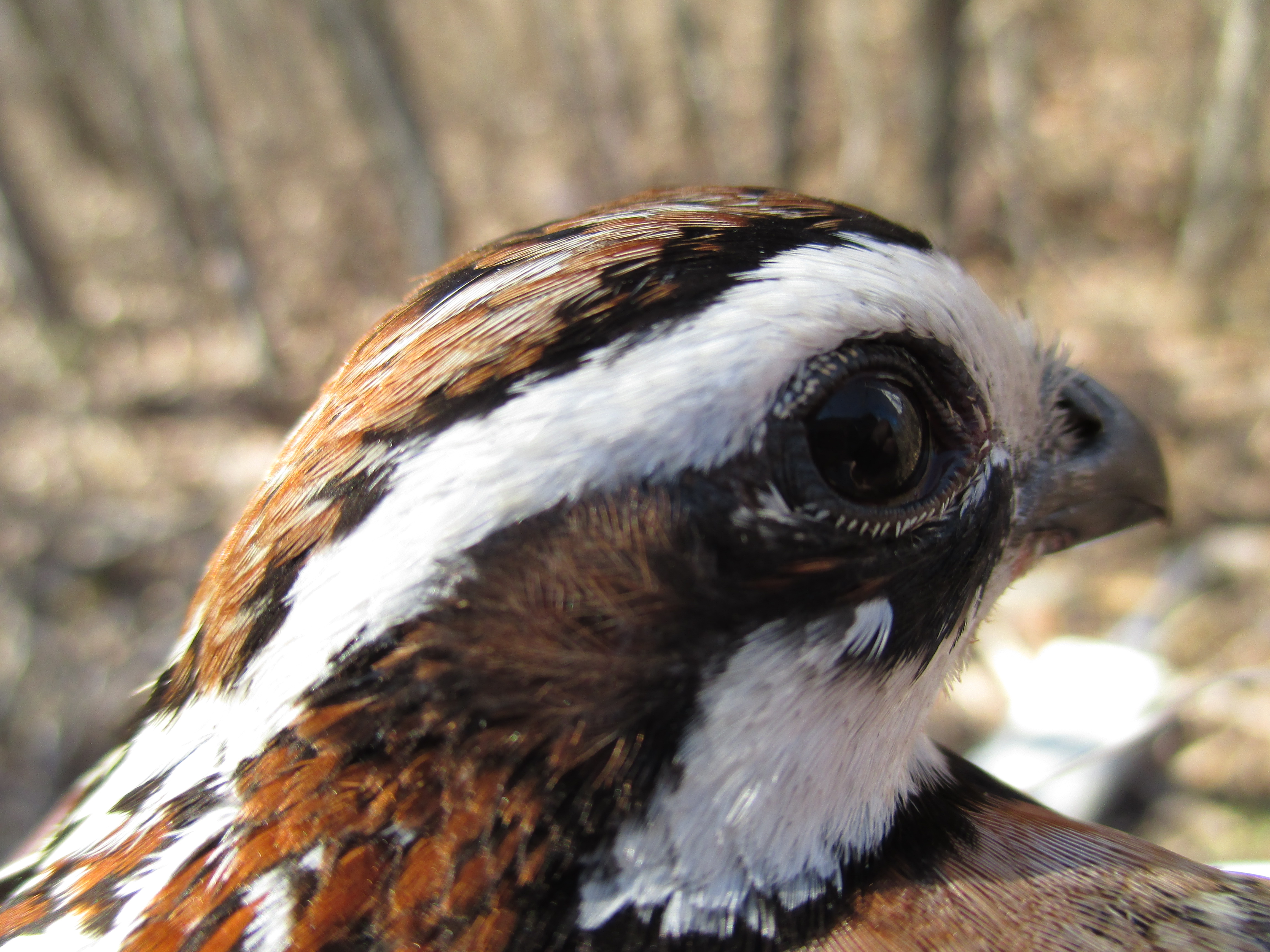 Mesopredators are what we call “varmints” back home — coyotes, raccoons, possums and the like. They love eggs and can make a serious dent in the quail population. To track the activity of the varmints — I mean mesopredators — Jake has set up a series of game cameras. He has collected a set of interesting field candids of mesopredators and bycatch. I am particularly fond of the color ones, especially the shot showing the stealthy, single-file approach of the three Procyon lotor.

Other photos show a fox, a bobcat, possums, and an armadillo. Some turkeys wandered into the shot and there’s also a young buck photobomber. 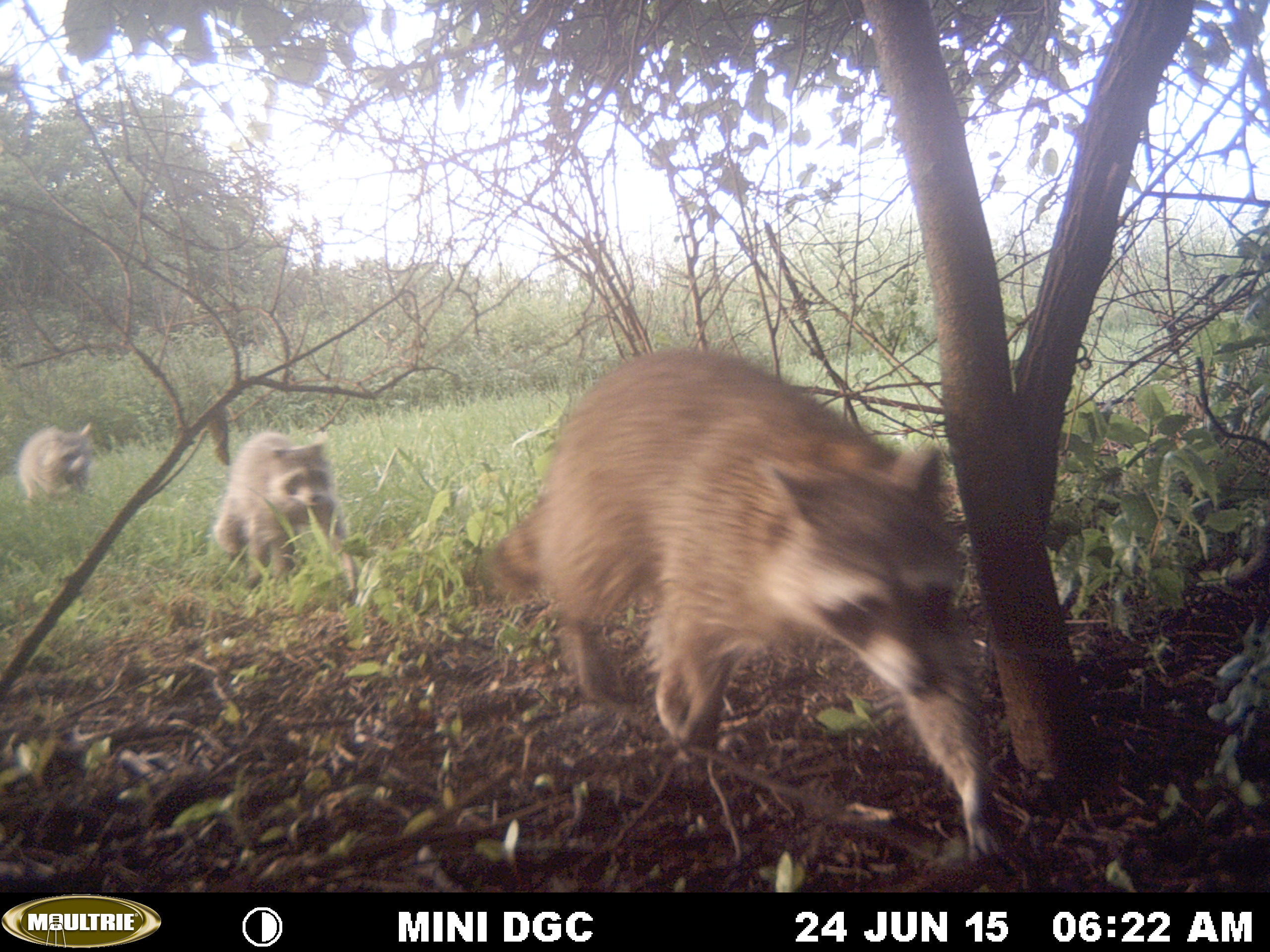 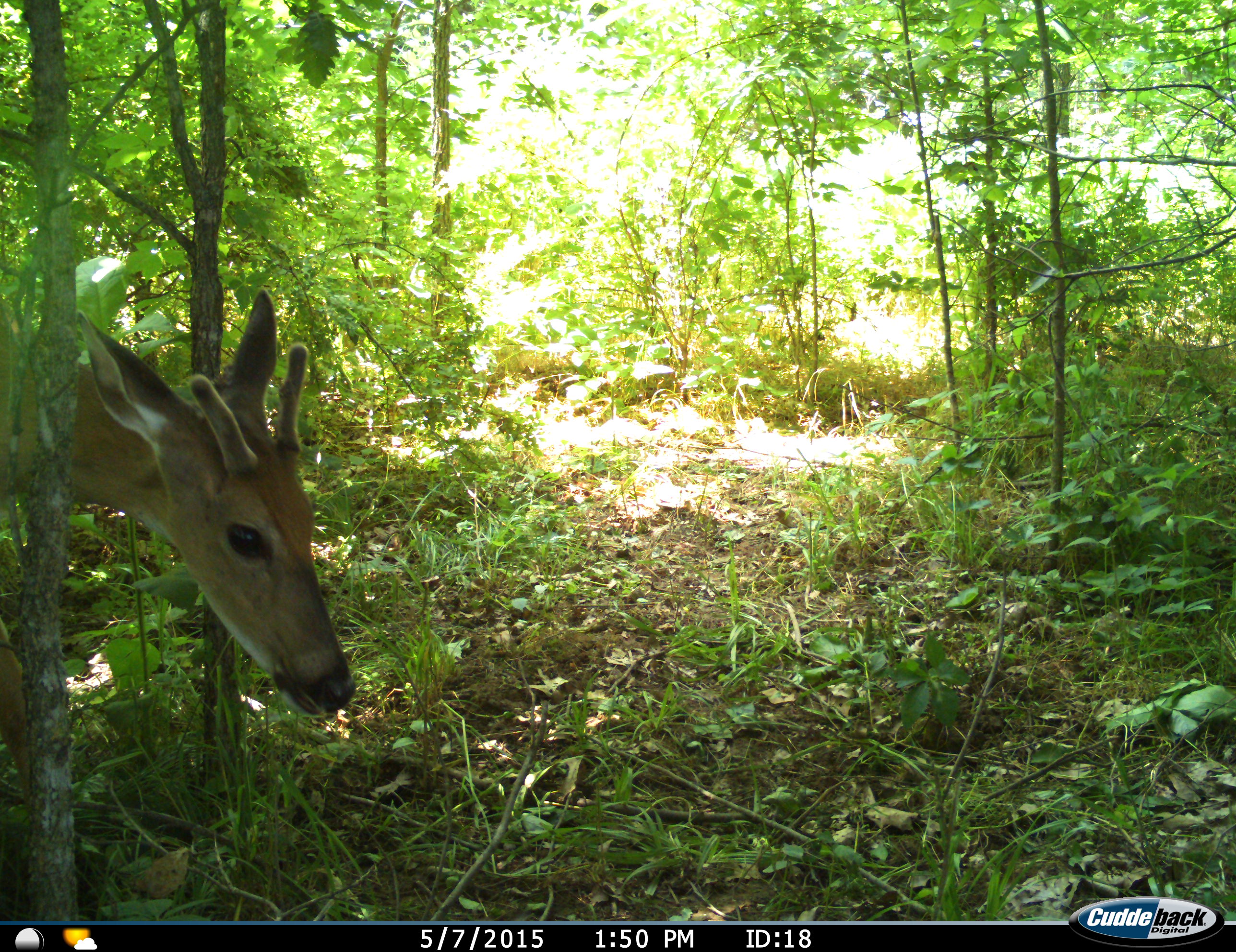 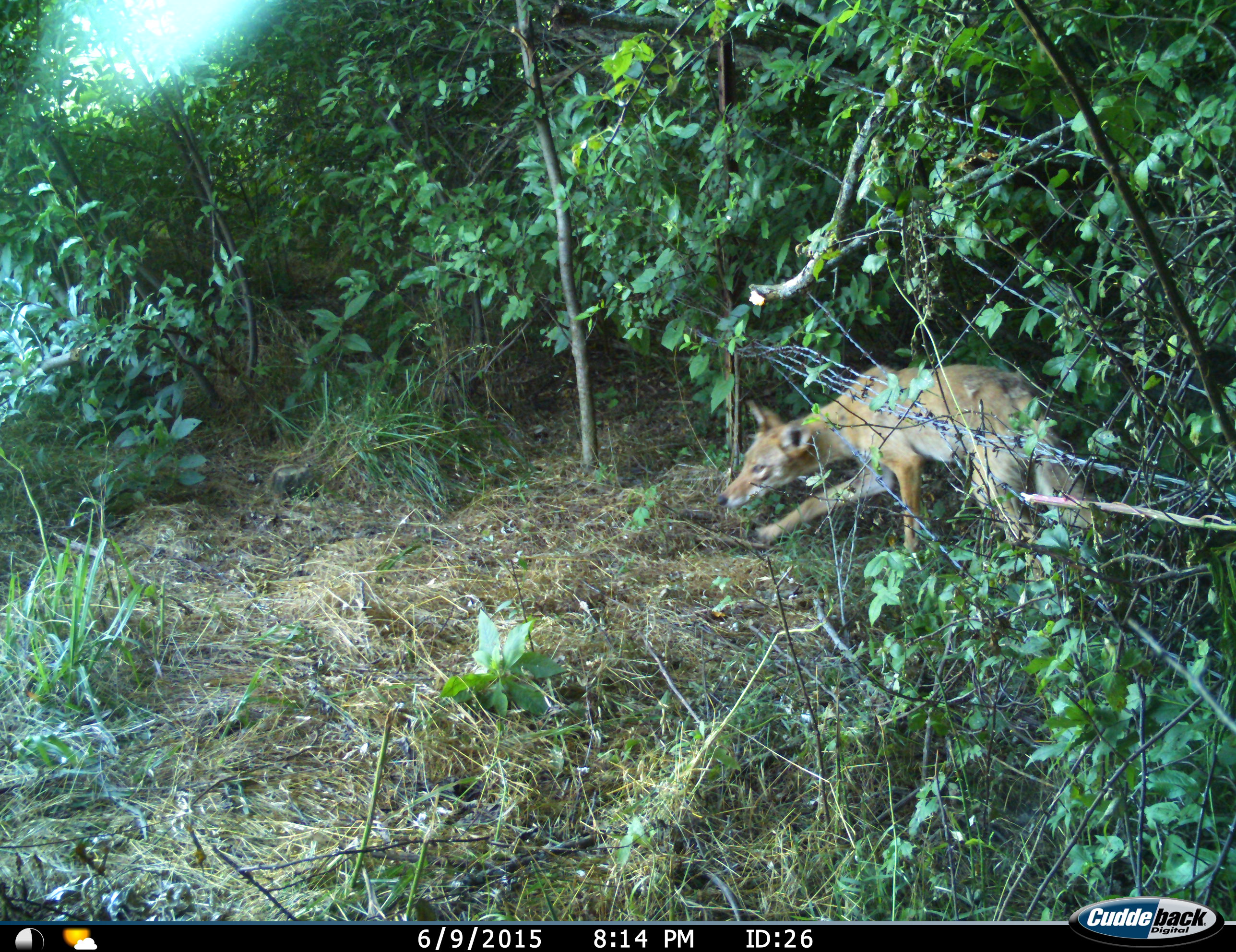 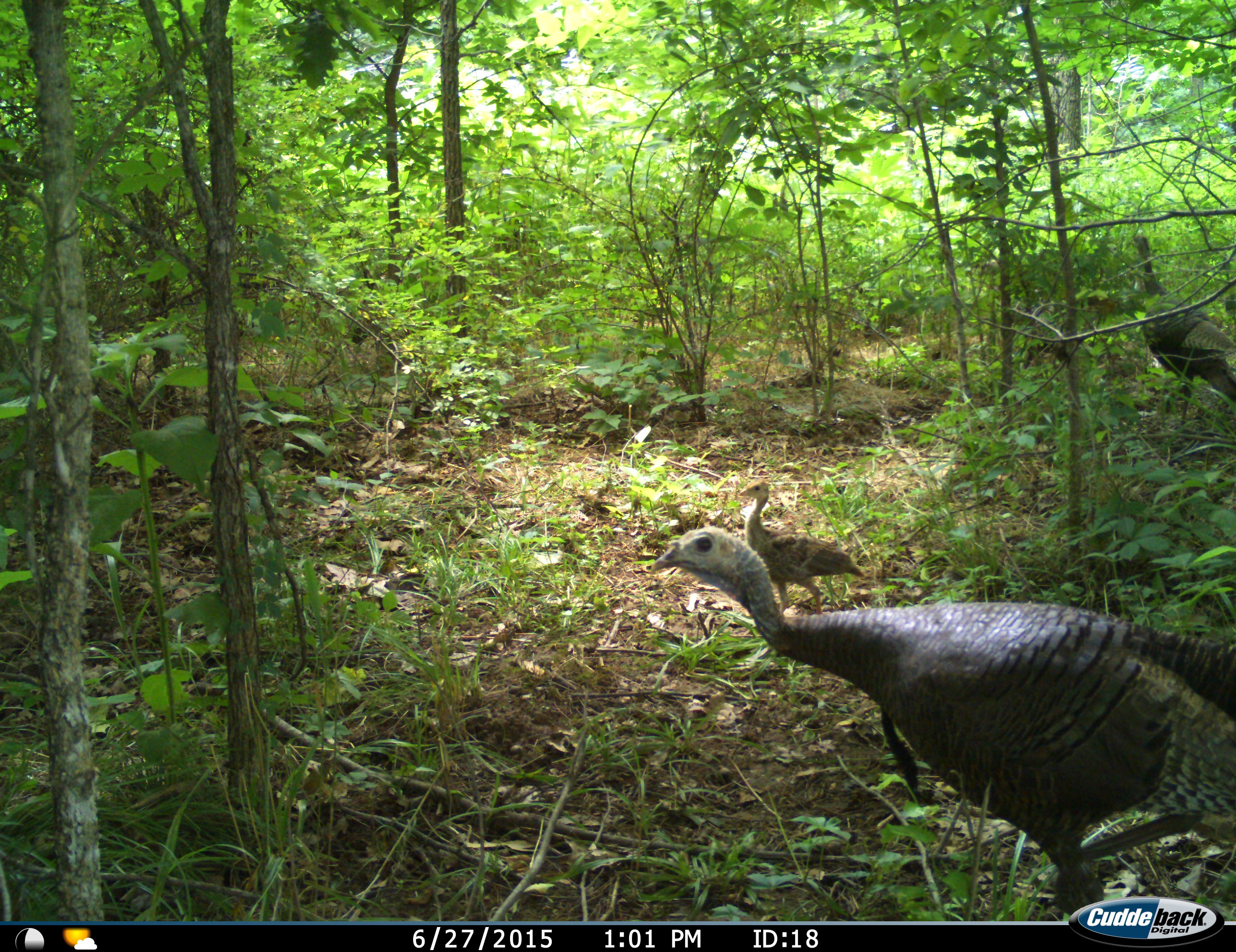 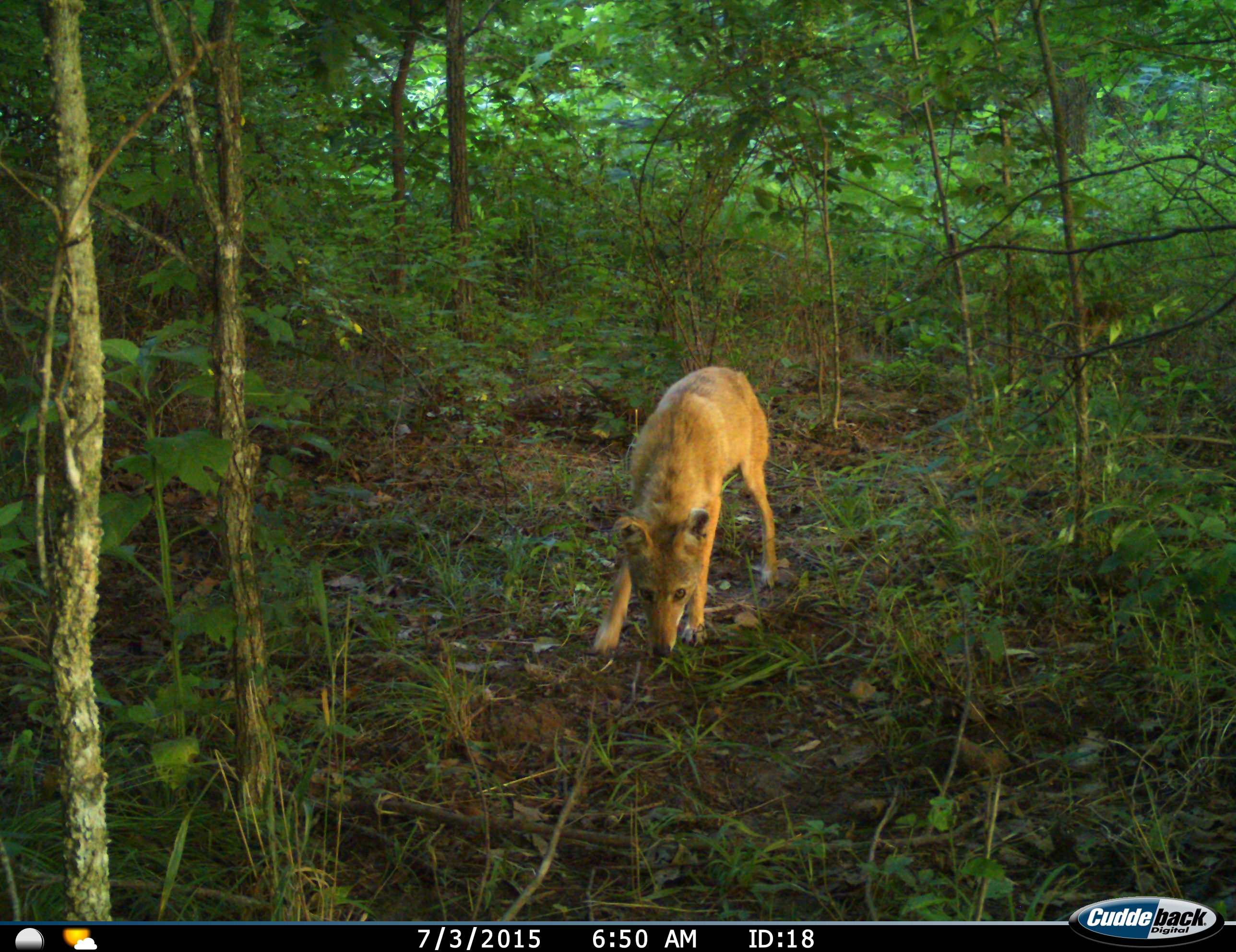