Mittens is a big Turkish Angora cat who, though he has a home, is quite peripatetic, roaming the streets of Wellington, New Zealand. There’s no telling where he’ll show up, and people are constantly posting pictures and artwork on his Facebook site, “The Wondrous Adventures of Mittens“. (It has over 50,000 members, and I’m one.) He is much loved in the capital of New Zealand.

First, a general article from the Guardian from last March about Mittens (click on the screenshot to read): 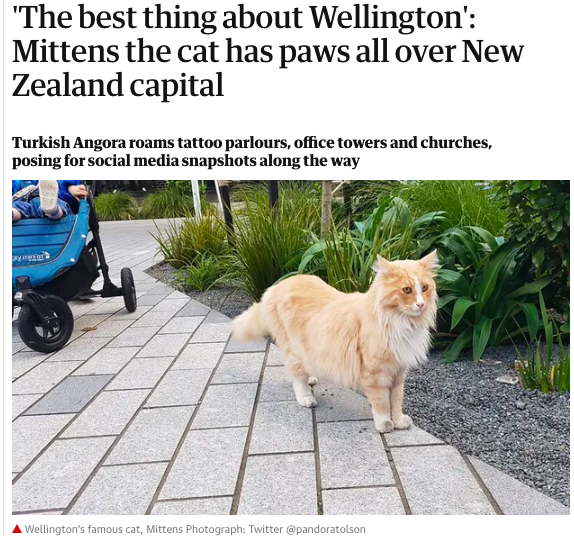 The page, The Wondrous Adventures of Mittens, also lists a series of rules for interacting with him, including “do not tell Mittens to go home”, “no speculating or asking where Mittens is”, and “no discussing Mittens being picked up”.

Mittens also has a Wikipedia page, where his occupation is listed as pet/local celebrity/media personality.

A selfie with Mittens has become a bucket-list item for many Wellingtonians. Owner Silvio Bruinsma says Mittens had similar venturesome habits when they lived together in Auckland but Wellington’s compact inner city has now made him much easier to track.

. . .Although there was some initial concern for Mittens’ apparently aimless wanderings (no one feeds him but Bruinsma), locals and visitors now actively go looking for the cat and say he shows caution around roads – reportedly even stopping to wait at traffic lights.

In one close encounter, detailed in February on the Facebook page, Mittens got stuck in a $2 shop after falling asleep. A combined effort by Facebook members led to him being tracked to his last known location and the owners of the store were contacted to let him out after hours.

. . .“Please don’t pick him up and bring him into the SPCA,” Thacker posted.

“He has come in too many times with well meaning people. All this means is that his owner has to come and collect him off us! We have had him in with us recently and he is perfectly healthy.”

According to pictures posted online in the last week, Mittens has visited a real estate agent, a Latino salsa bar, a community law centre and Victoria university.

A few years ago I was in Wellington for a few days, and had I known there was Mittens about, I would have tried to find him. But since his wanderings seem almost random, that would have been hard.

A few contributions from Mittens’s admirers:

I missed my bus to work, so I'll be a little late in today. But I've got a good reason #Mittens #Wellington #HailTheKing pic.twitter.com/ZJn9P64KFf 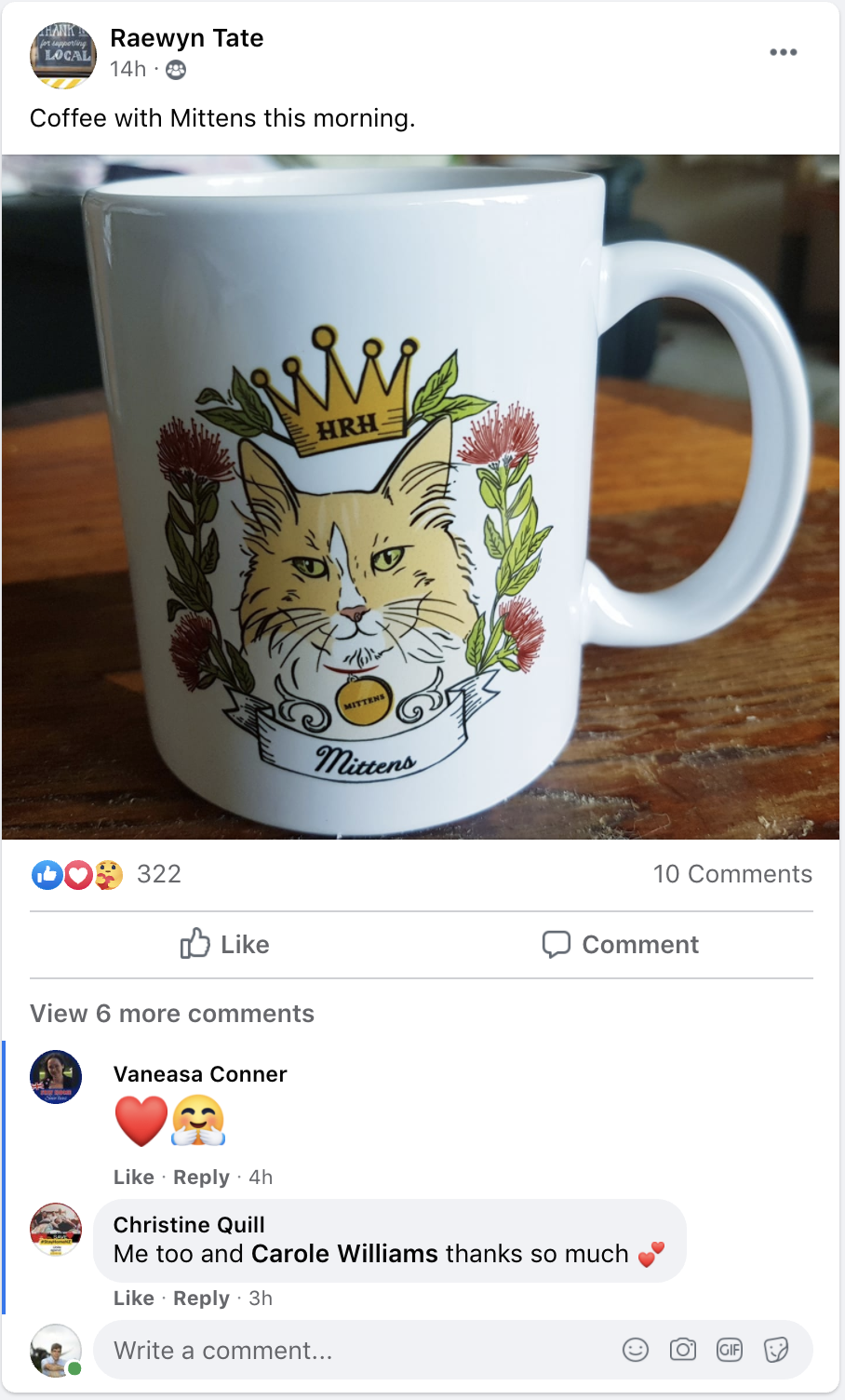 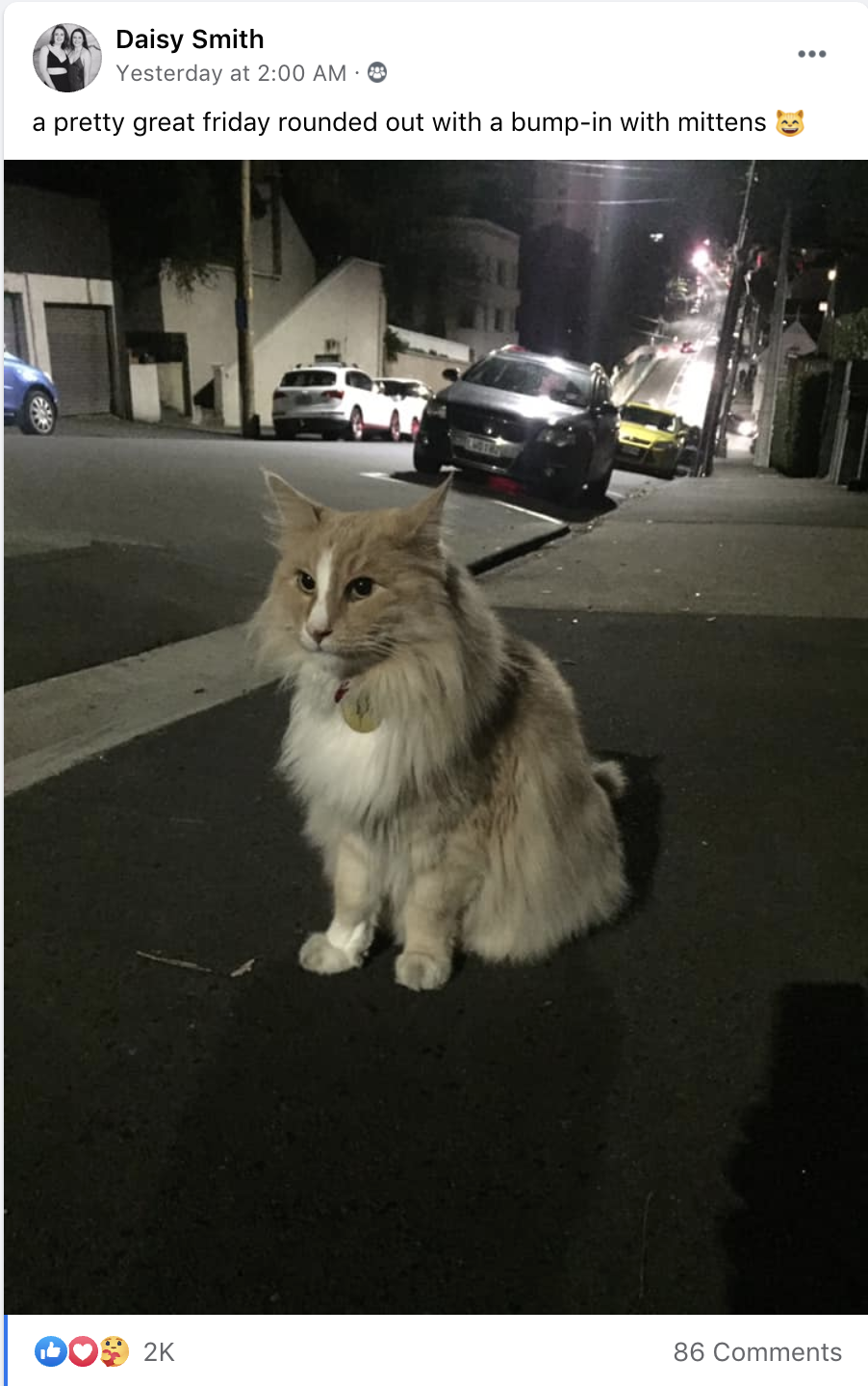 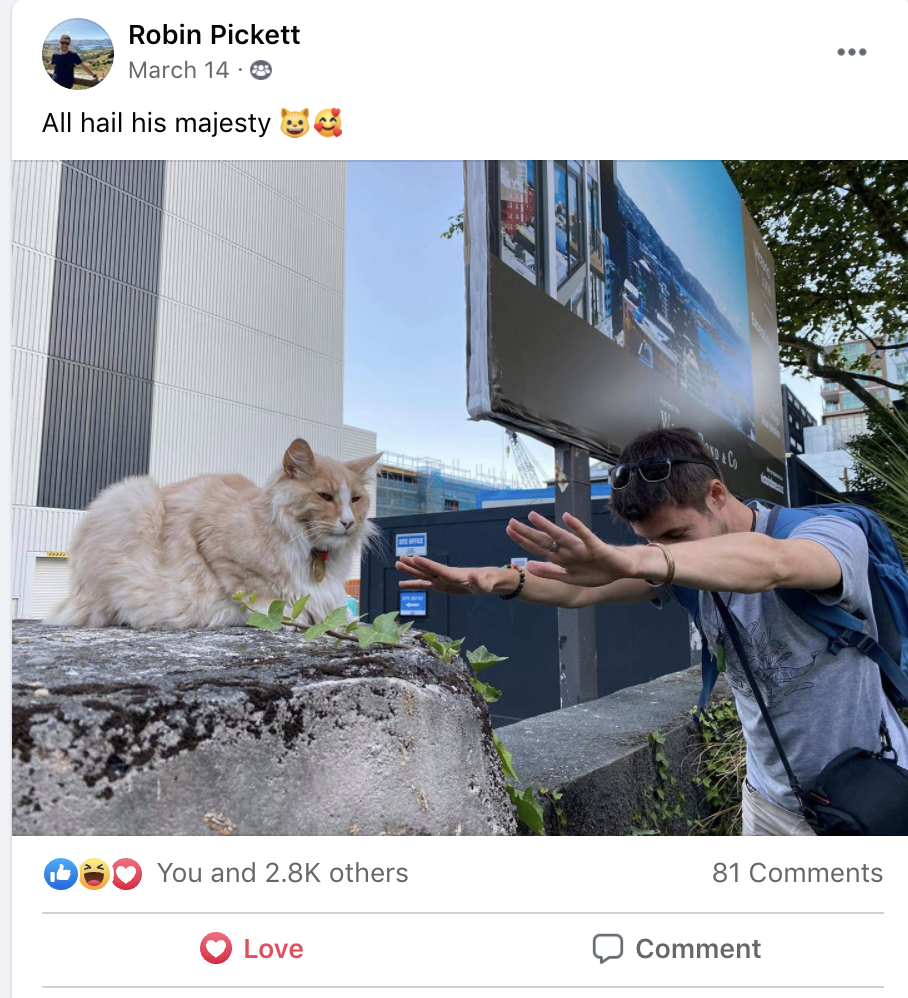 Local celebrity cat Mittens has been awarded the highest honour of the capital with Mayor Andy Foster giving him the Key to the City at a small (Covid-safe) ceremony today. Read the full story here: https://t.co/3UM5IKglme pic.twitter.com/5oJheTOEyf

Cats sometimes develop a penchant for nicking weird things, and Avery, a cat in east Bristol, has taken to stealing swim goggles, as reported by the BBC (click on screenshot): 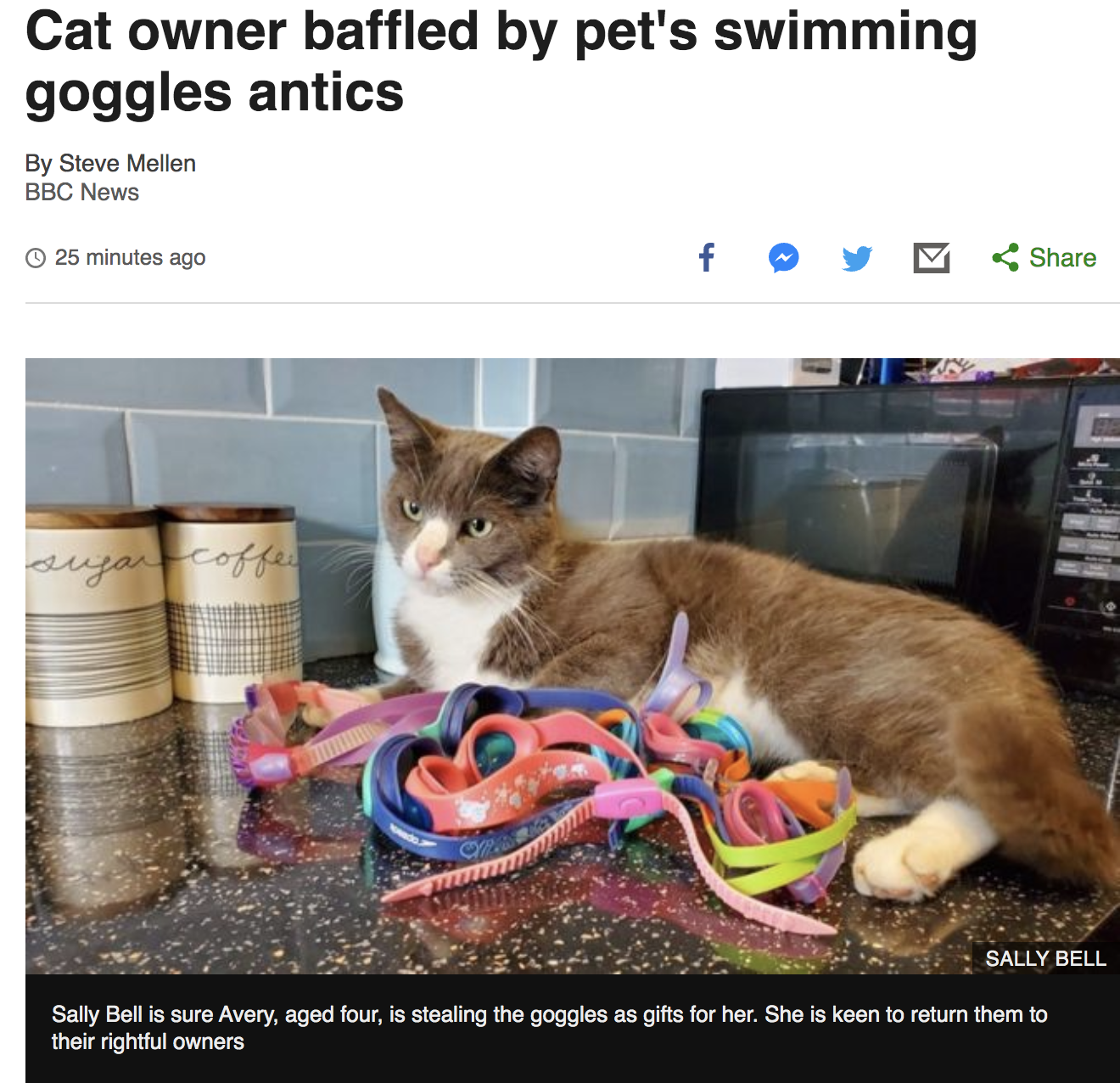 A cat owner has been left mystified after her pet began bringing home a new type of “gift” – swimming goggles.

Sally Bell says Avery has always brought her small animals but in recent weeks has switched to stealing underwater eyewear.

The feline felon has so far deposited eight pairs at her Bristol home.

Despite checking with all her neighbours, Mrs Bell said she had no idea where they are from.

“He’s always been a hunter, bringing home mice and frogs and things like that,” she said.

Three weeks ago, four-year-old Avery returned with a pair of goggles.

Mrs Bell said: “It was just one pair and I live in a close and there are quite a lot of families with children so I didn’t think anything of it.”

“That’s when it became really strange,” added Mrs Bell. “For a few days it was a pair every day.

“I went round all my neighbours who’ve got children. One of the houses has a swimming pool so I thought it was bound to be them.”

But nobody in her part of Longwell Green in east Bristol reported missing any goggles.

Mrs Bell believes Avery is taking the goggles as gifts for her.

. . .Mrs Bell put an appeal out on social media to try and reunite the owners with their eyewear.

“All people do is laugh. I’ve had no takers but Avery has become quite a celebrity,” she said.

How does Avery find these things?

Finally, many readers here know of my desire to have a Bengal cat, and the offer of a famous breeder to supply me with a free kitten. It’s only the fact that I travel so much—or used to—that prevents me from availing myself of this generous offer.

Here’s an 8-minute video from a cattery of a Bengal kitten named Bella on her first day at her forever home. Bella seems to make herself at home quite quickly, playing with her lion toy and making herself at home. I think she’s going to be just fine.