Another work (from home) week has commenced: it’s Monday, April 27, 2020, and about six days until the ducklings hatch and jump. It’s National Prime Rib Day, Marine Mammal Rescue Day, World Tapir Day, Babe Ruth Day, marking his end-of-life honoring at Yankee Stadium (“The House that Ruth Built”) on this day in 1947. Many, including my late baseball-maven friend Kenny, think that Ruth was the greatest baseball player of all time. On his day of honor in 1947 he was already dying of head and neck cancer, but survived until August of 1948. Here’s a short video bio of Ruth. Note that, at 1:02, it showed him playing Santa Claus to kids when he was dying of cancer. Note his gravelly voice because of the tumor (or his treatment):

Ruth still holds the highest slugging percentage in baseball, which is the total number of bases gained divided by the number of times at bat. In other words, it’s the expected number of bases you’ll get each time you appear at the plate. (It excludes walks.) Ruth’s, almost 0.7, means that every two times he was at bat, he’d expect to get more than a single but less than a double. That’s an excellent value, and he ranks well above #2, the great Ted Williams: 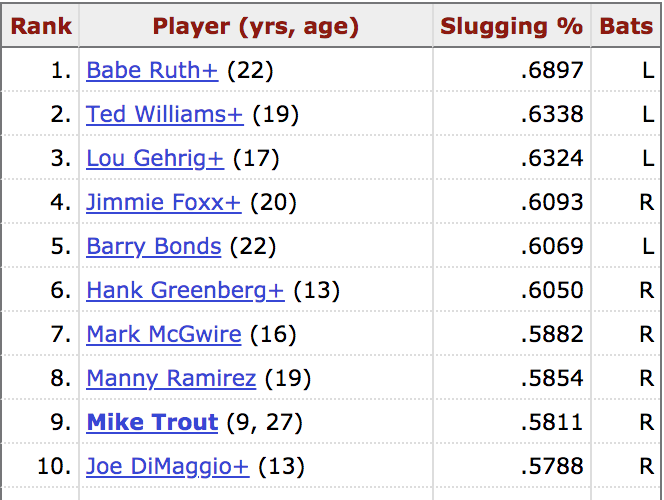 News of the day: Still bad. Officially reported coronavirus deaths in the U.S are now 55,417; those throughout the world are roughly 207,000. Trump had another meltdown about reporters and tweeted about their lack of “Noble Prizes”. Called out on this he claimed once again, that it was sarcasm. He not only misspelled the Nobel Prize, but mistook it for the Pulitzer Prize(journalists don’t get Nobels) and then lied once again about his supposed sarcastic intent.

Here’s a useful article that will allay some of your worries about contamination. You probably don’t have to change your clothes after going to the grocery store, and the chance of inhaling an aerosolized droplet when you’re walking about and keeping a big distance from other people is very low. In any case, read it. I hope this will stop the mask-shaming of my on my distanced maskless walks by the “pandemic fascists” among us.

Today’s Google Doodle is apparently touting “stay at home” activities again; this one is coding. If you click on the screenshot you’ll go to an animated coding game, but I didn’t even try, as I’ve never written a line of code in my life.

Stuff that happened on April 27 include:

Ten pounds! If you wonder why Milton went blind, speculations are that he had either glaucoma or bilateral retinal detachment.  The latter speculation is supported by a 1993 paper in the Mayo Clinic Proceedings.

There appears to be considerable controversy about who introduced the first computer mouse used commercially. says that Telefunken introduced it before the Xerox Parc mouse; here’s the Telfunken mouse from oldmouse.com: 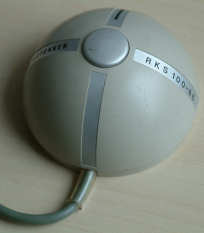 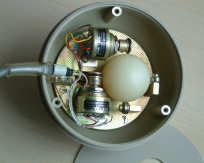 Here’s Walter Lanz, who invented Woody Woodpecker, explaining the onerous process of making a cartoon. It’s a lot harder than I thought!

Notables who became quiescent on April 27 were few, and include:

Meanwhile in Dobrzyn, Hili and Szaron are at least keeping a close “unsocial” distance on the steps. Szaron looks like a cat with two heads!

Szaron: What do you see there?
Hili: The same as you. 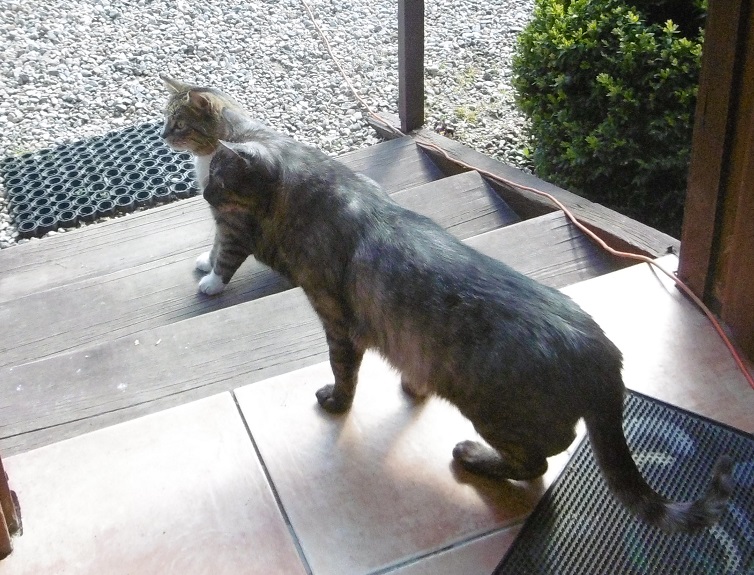 A meme from reader Bob: an evolution riff from Zach Weinersmith’s SMBC: 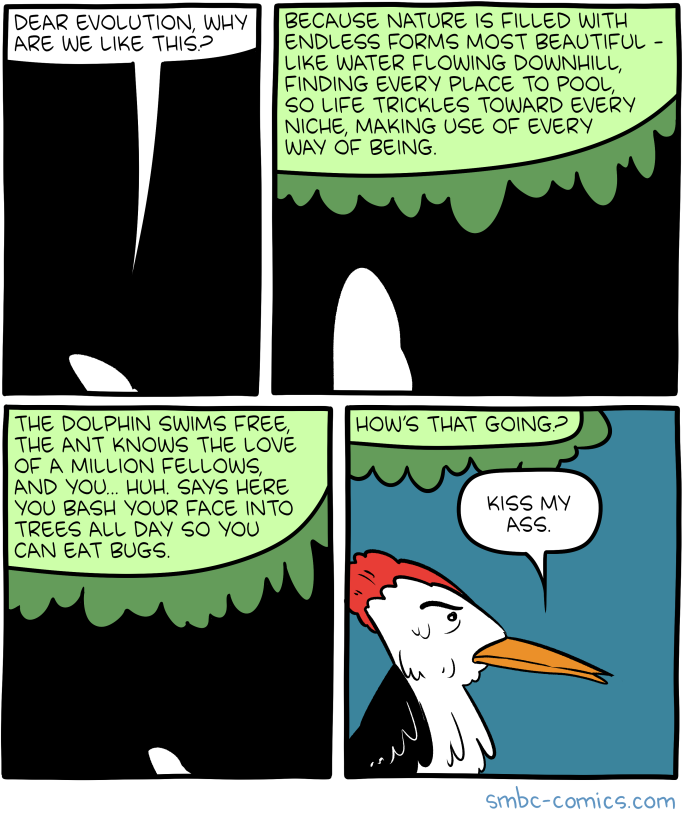 And from Divy, who’s afraid that she might catch her cats’ legs in the fridge (this is not her cat): 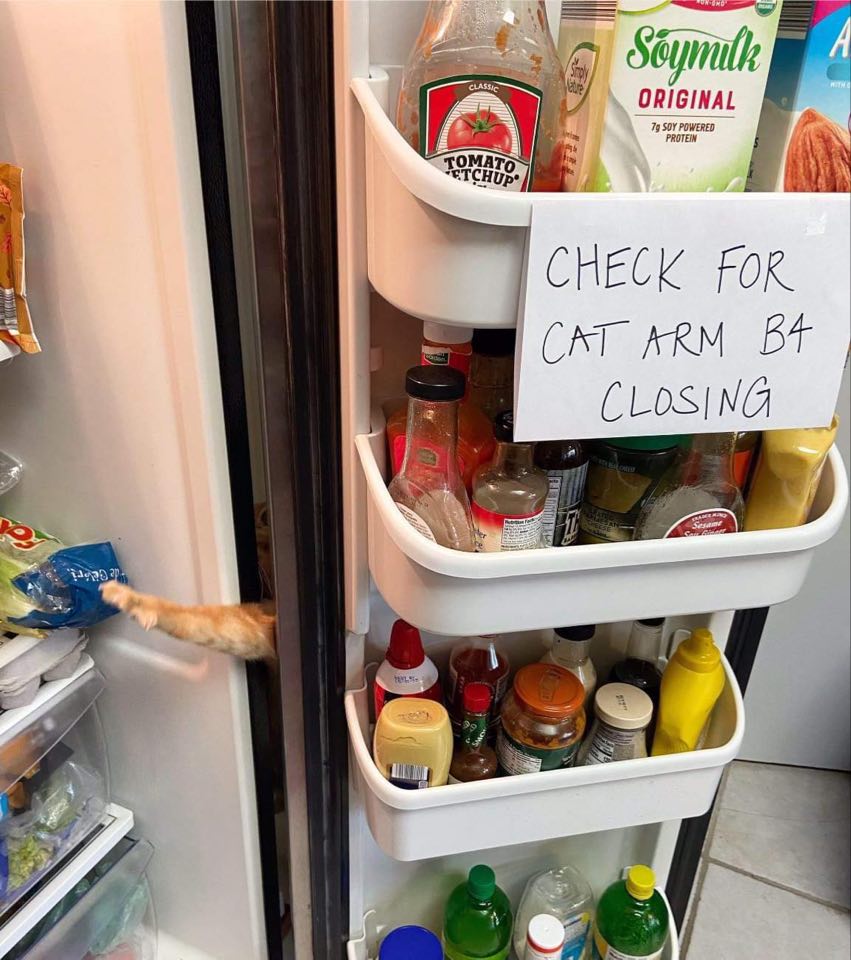 Reader David sent a gif of what seems to be a skydiving cat. But according to CNN, this is a fake advertising video produced by a Swedish insurance company.

Here’s the explanatory video, but it also shows d*gs who skydive for real:

And from Moto. Let’s hope this is true next week! 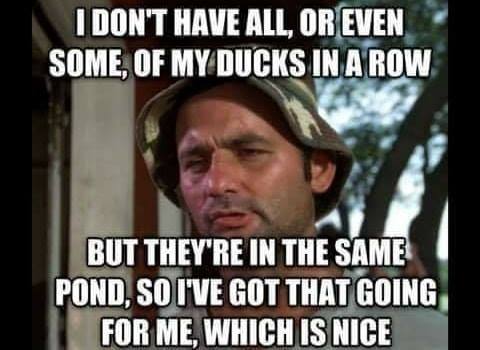 From Titania. If the LibDems really are fasting during Ramadan in solidarity with Muslims—and reports say they are—then they’re doing it RONG!

The Lib Dems fasting for Ramadan is the most moving thing I’ve ever seen.

They’ve even included bacon in their pre-dawn meal as a clever way to avoid cultural appropriation.
👊🥓🕌#LibDemIftar #FBPE #RamadanMubarak pic.twitter.com/KJGnskQCE3

Simon sent this one, showing the inability of bench scientists to “work from home”:

When the wife works in bioinformatics and the husband in wet lab #QuarentineDays pic.twitter.com/DGanw8hvFo

Tweets from Heather Hastie: Watch to the end of this first one: the cat goes into Wile E. Coyote mode!

Well, this cat’s almost there; but it needs to learn how to flush as well:

Tweets from Matthew. The first one is a TRUEFACT:

I just learnt that male ducks REGROW their penis every mating season, and it grows to a different length depending on how many females are around!!!! 🤯
How on earth did I miss thishttps://t.co/TAxAu4LEcj pic.twitter.com/BJDFFiEDCo

Can you guess what creature this is? The answer is in the thread:

Who knows what creature this is?🤔🤔🤔 pic.twitter.com/nRDkxaVHTs

This really is a lovely scene. Be sure to turn up the sound and watch until the end:

This is one of the most beautiful scenes and sounds of April mornings I’ve seen. Watch how deer politely waits until ducks give way to cross the water. @theroyalparks @WildlifeTrusts @BBCCountryfile pic.twitter.com/NdEgWpGj2x