Reader Duncan McCaskill, who lives in Canberra, sent a batch of photos from Oz, some of which depict WALLABY BOXING. His captions are indented:

These photos are from Cape Hillsborough, a small national park in north Queensland about 30km north of the city of Mackay. It has hills covered with rainforest that extends down to the beach. I visited there in May last year, back in the old days when travelling around the country was allowed. There is a small caravan park behind the beach, and one of the highlights for tourists staying there is the feeding of the wallabies on the beach at dawn. The wallabies are Agile Wallabies (Macropus agilis), which are common across northern Australia. Wallabies often feed on beaches, foraging for seed pods of mangroves washed up along the tide line.

Spectators are organised behind lines of plastic cones to stop them getting too close to the wallabies. A semi-tame young Eastern grey Kangaroo (Macropus giganteus) lined up with the people until the food is laid out. It was a hand-raised orphan that hangs around caravan park. 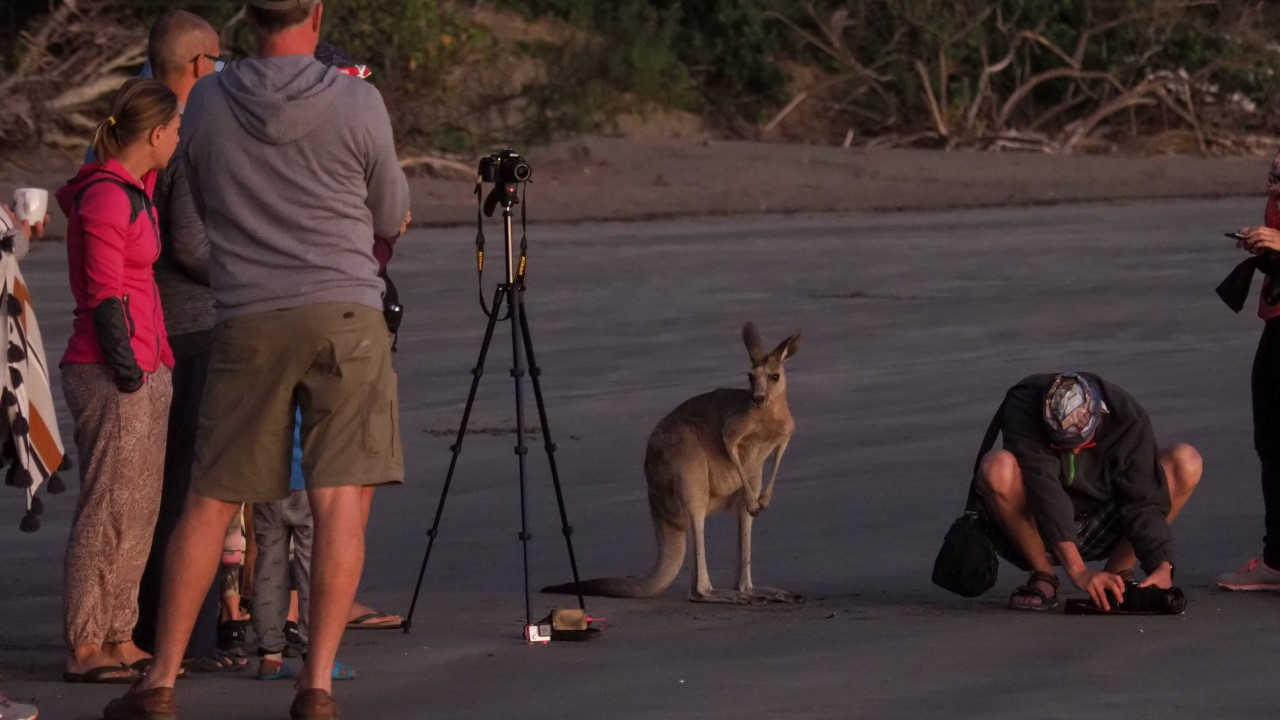 The wallabies feeding as the sun starts to rise. You can see two young males more interested in having a bit of fight than feeding.

A female with a joey in the pouch. The females were much more interest in eating than the males. 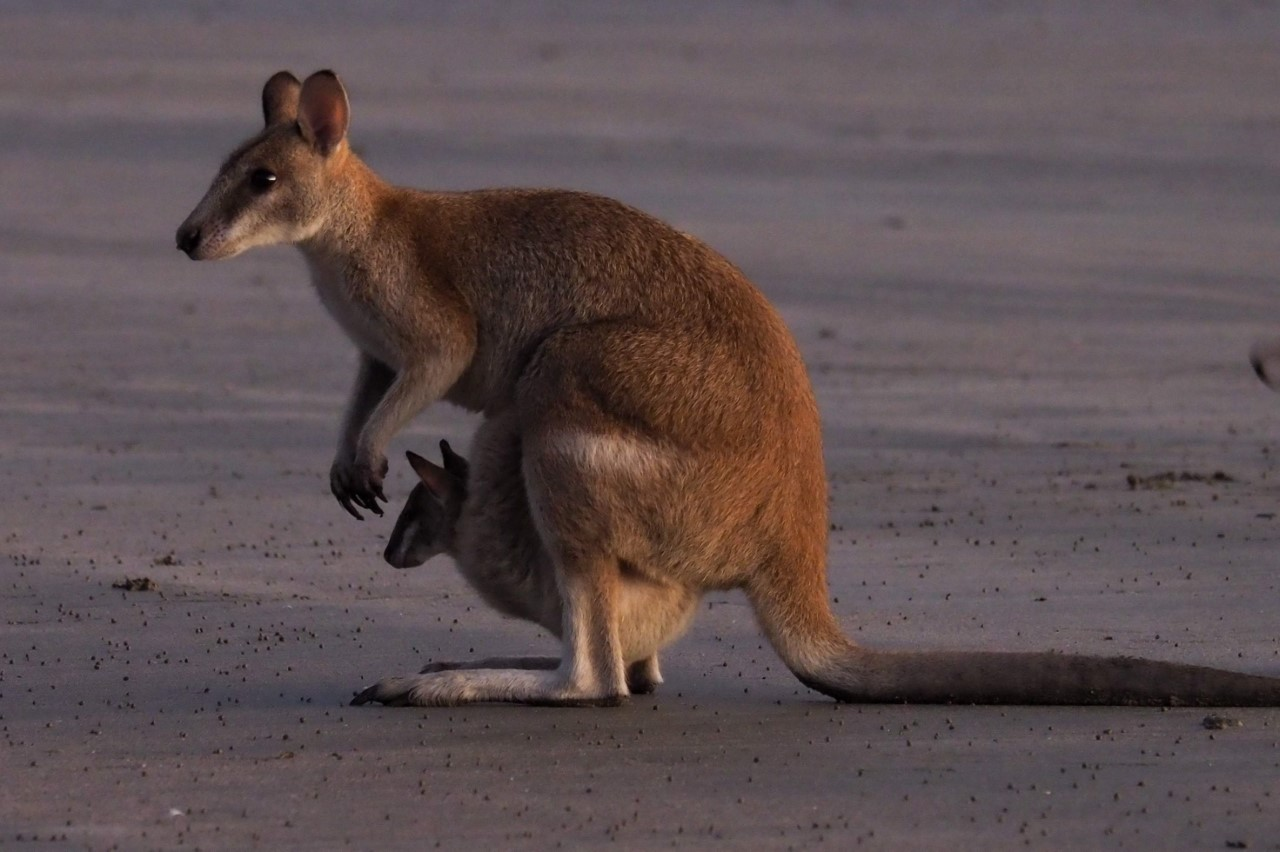 Some more pictures of the males fighting. I think they are mostly young males and the fights didn’t look very vicious. 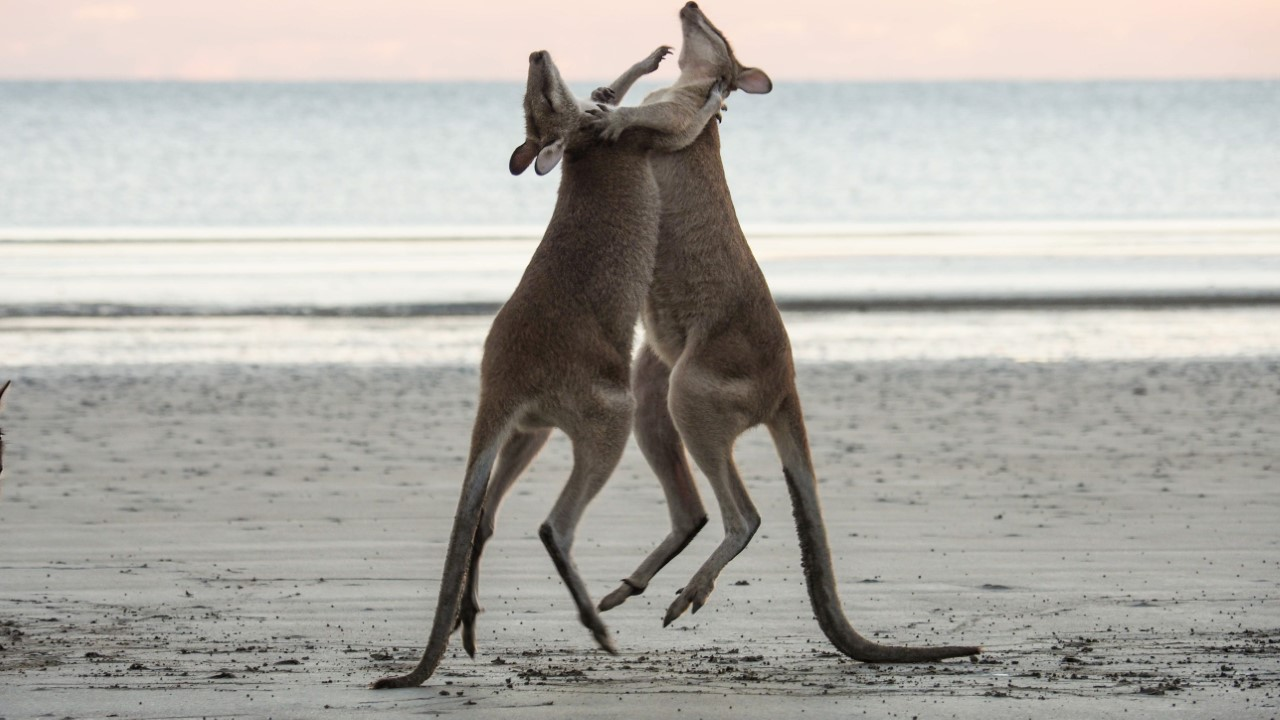 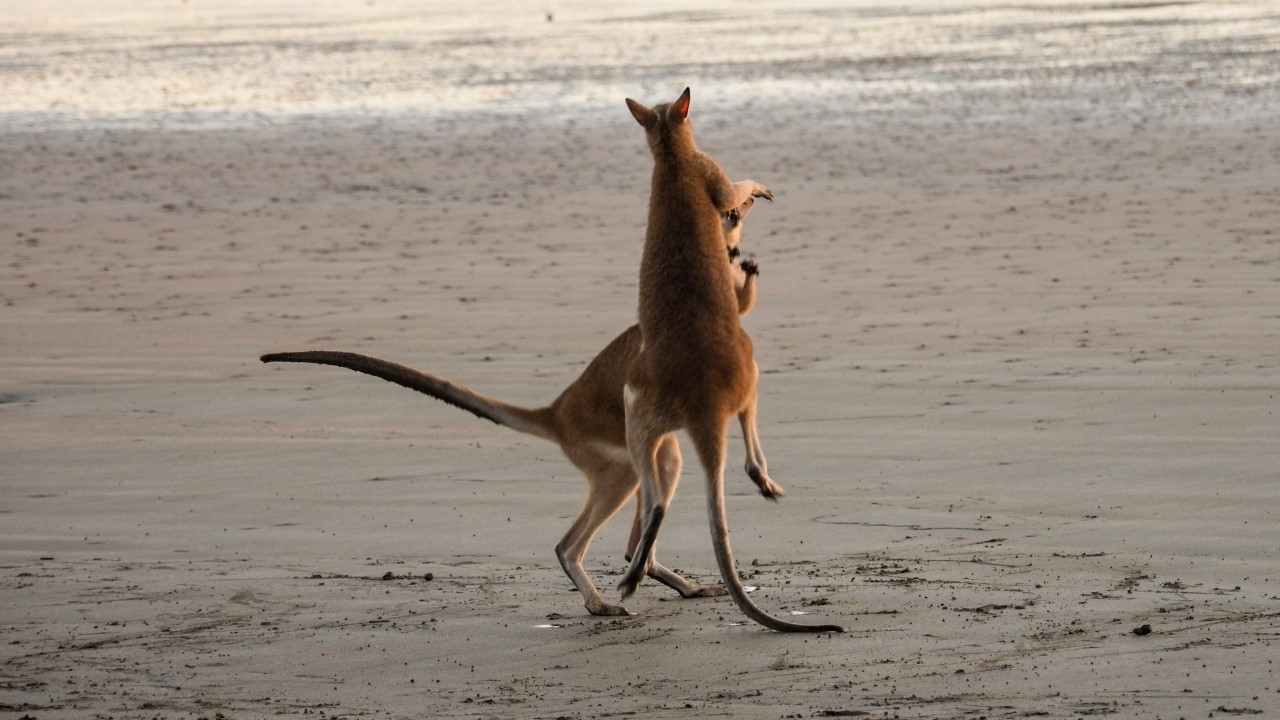 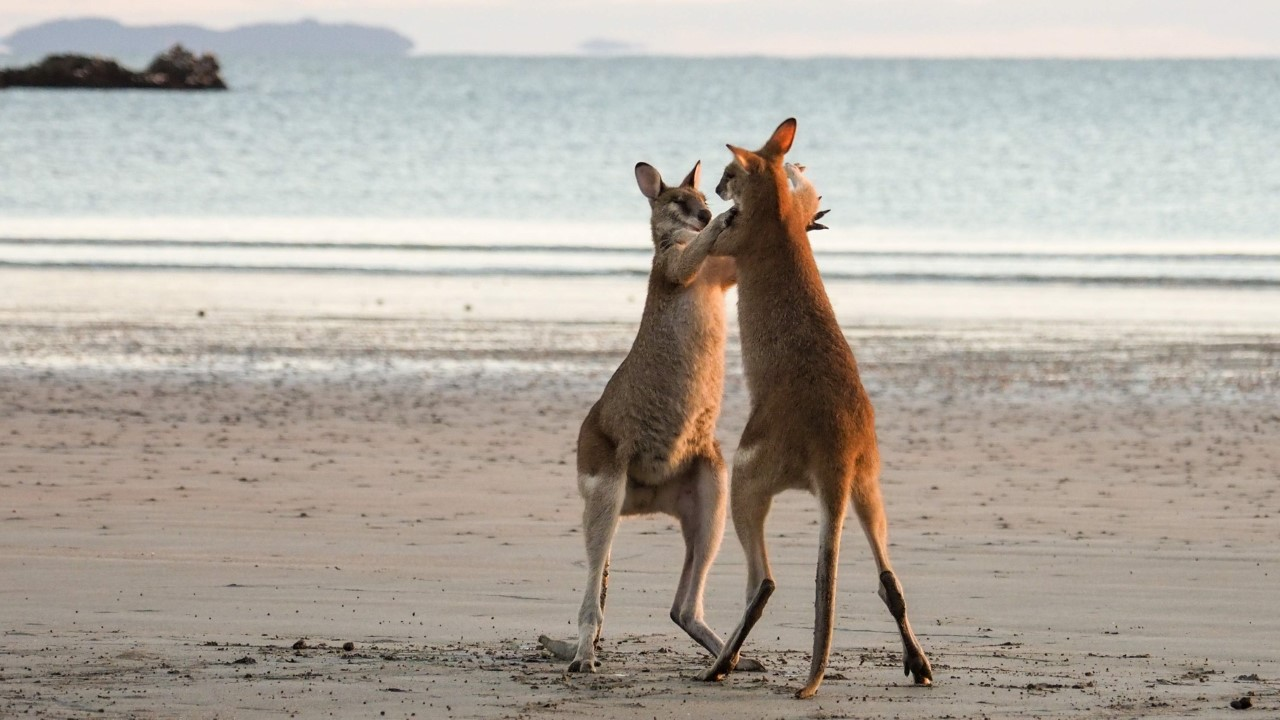 Taking a brief rest between rounds: 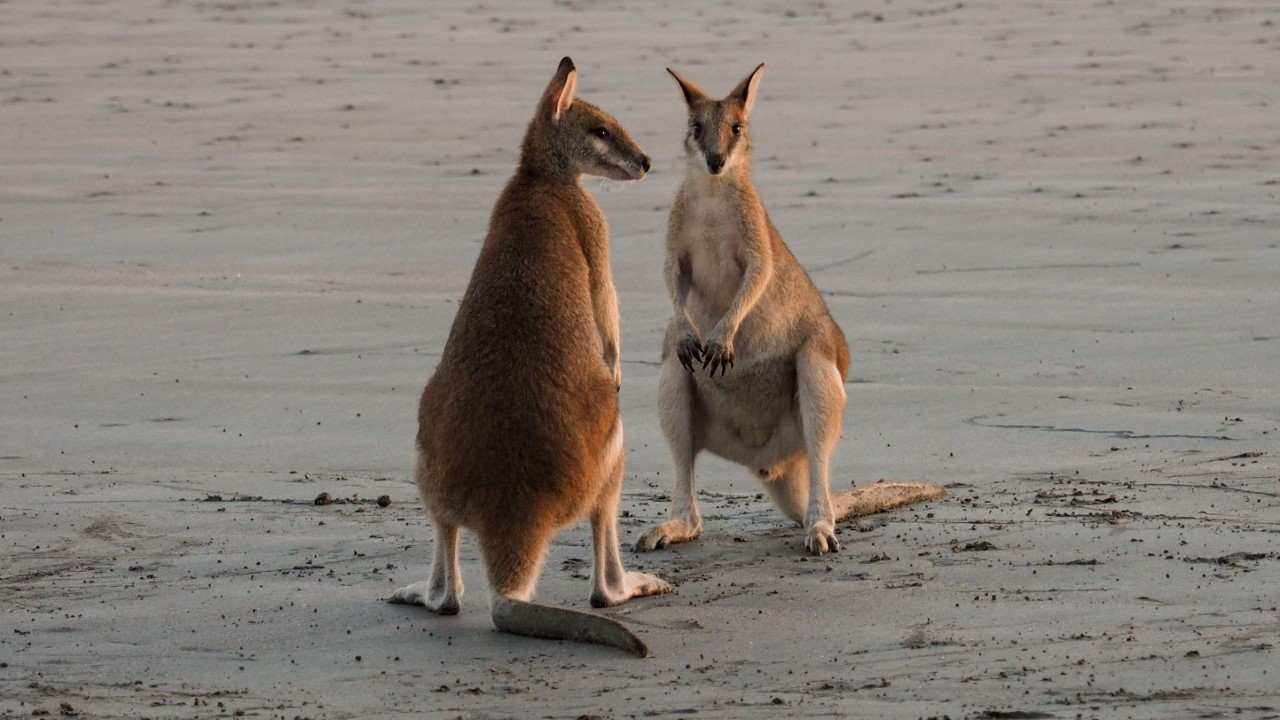 After the human-supplied food was all gone, some of the wallabies went back to foraging along the tide line. 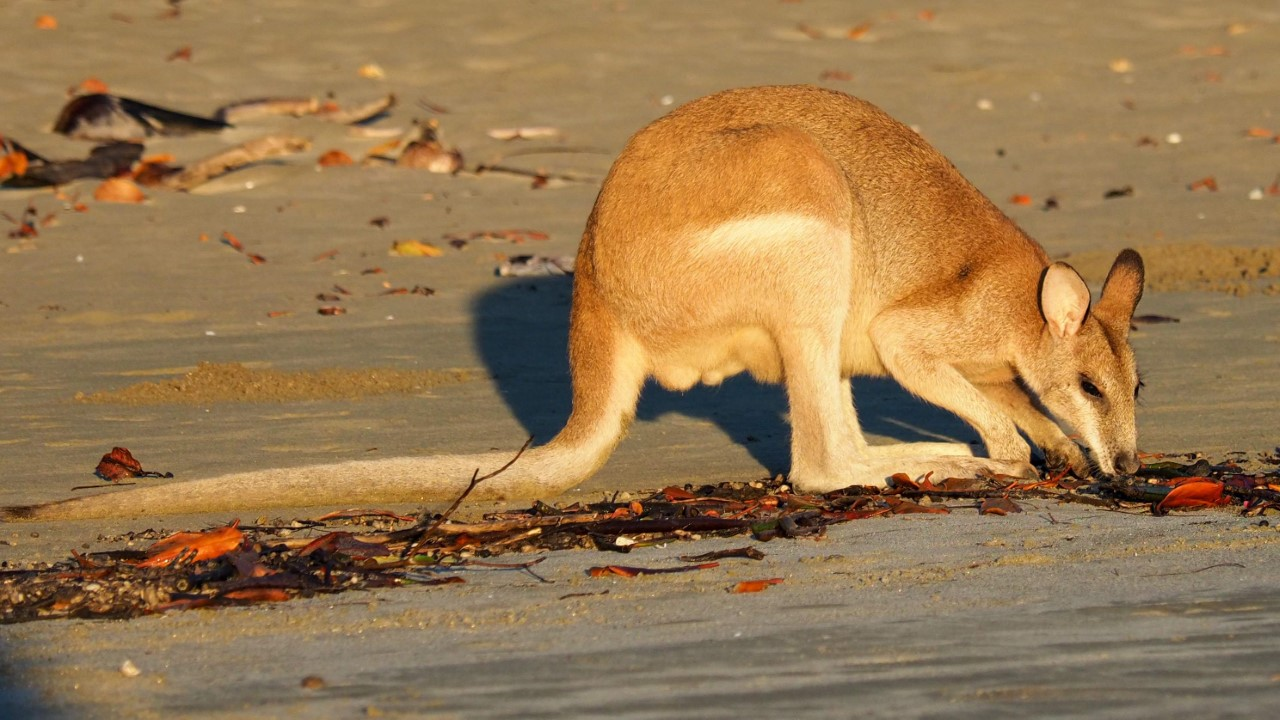 And to finish, a couple of birds from the same place. Here’s a Laughing Kookaburra (Dacelo novoeguineae) that had just caught a small frog – I’m afraid I have no idea what species of frog it is. 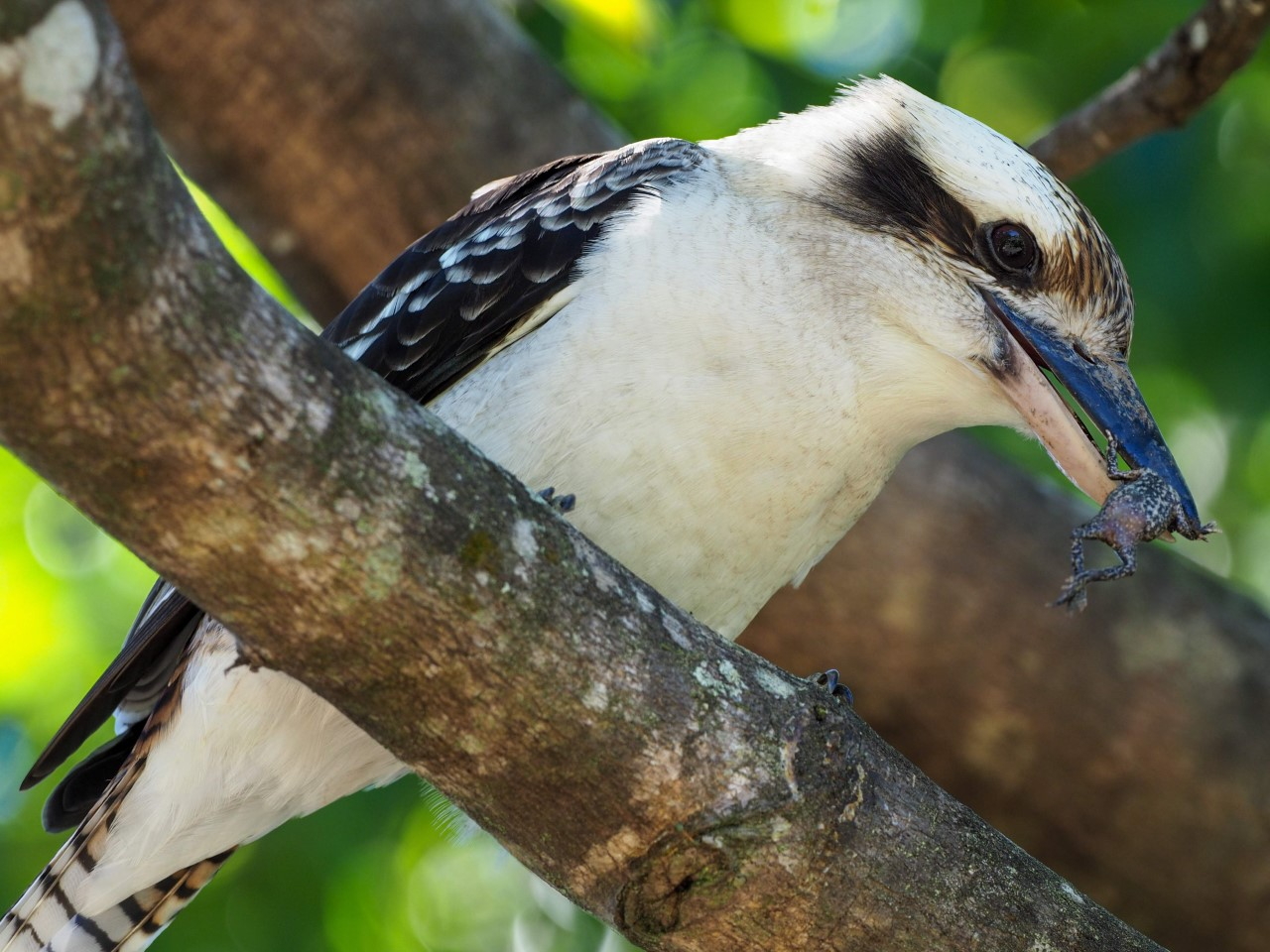 A Rose-crowned Fruit-Dove (Ptilinopus regina). It is hard to get good photos of rainforest species because they are nearly always in deep shade. But this spectacular male was right on the edge of the forest at the beach, catching the early morning sun. 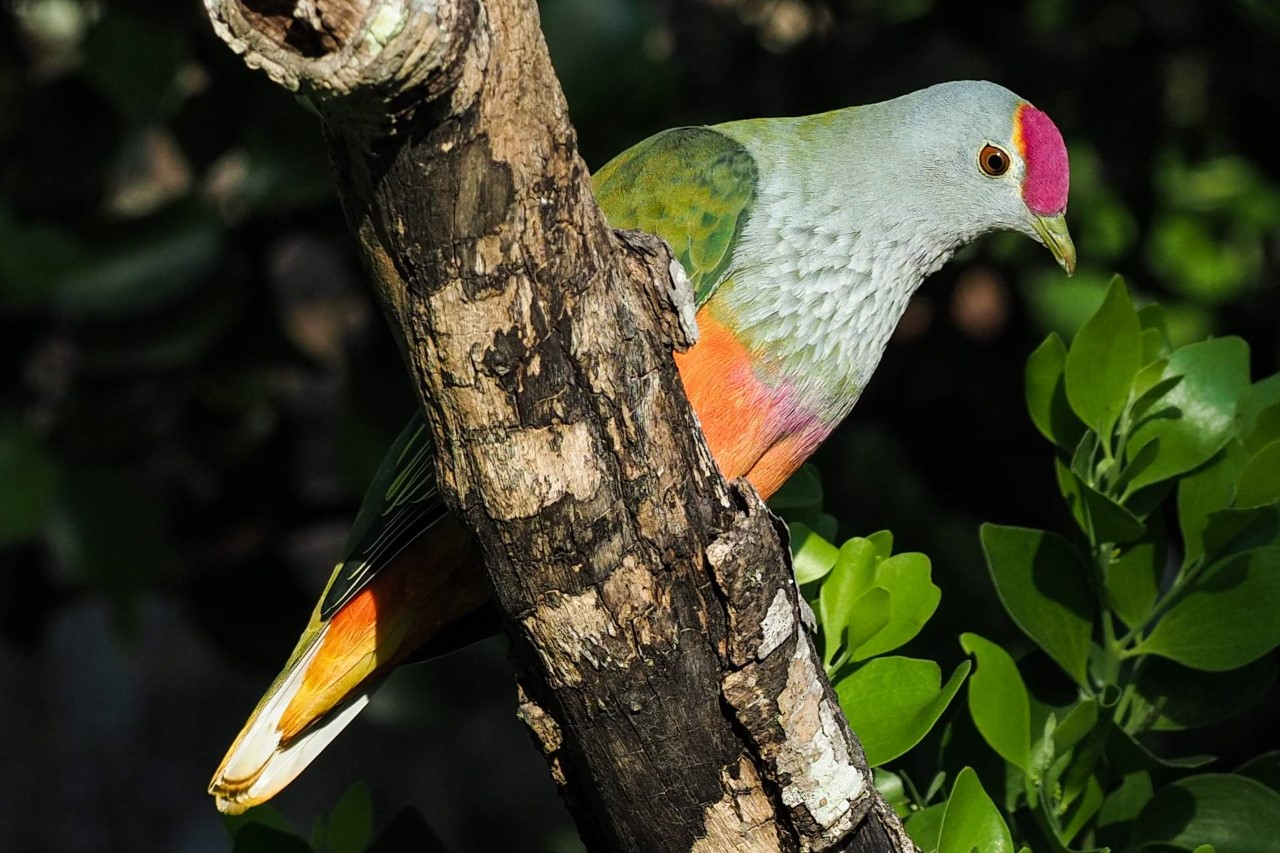