Today we’re continuing on with David Hughes’s photos from India, the first aliquot which I posted yesterday. Here’s the introduction, and David’s captions are indented:

In December 2018 I went on a wildlife-viewing tour to three tiger reserves in Madhya Pradesh, central India, a trip I can thoroughly recommend if it ever takes your fancy. We visited Pench, Kanha and Satpura Tiger Reserves. Kanha is the most famous, and probably offers the best chance of seeing tigers in the wild. I’ll add a caption to each photo. 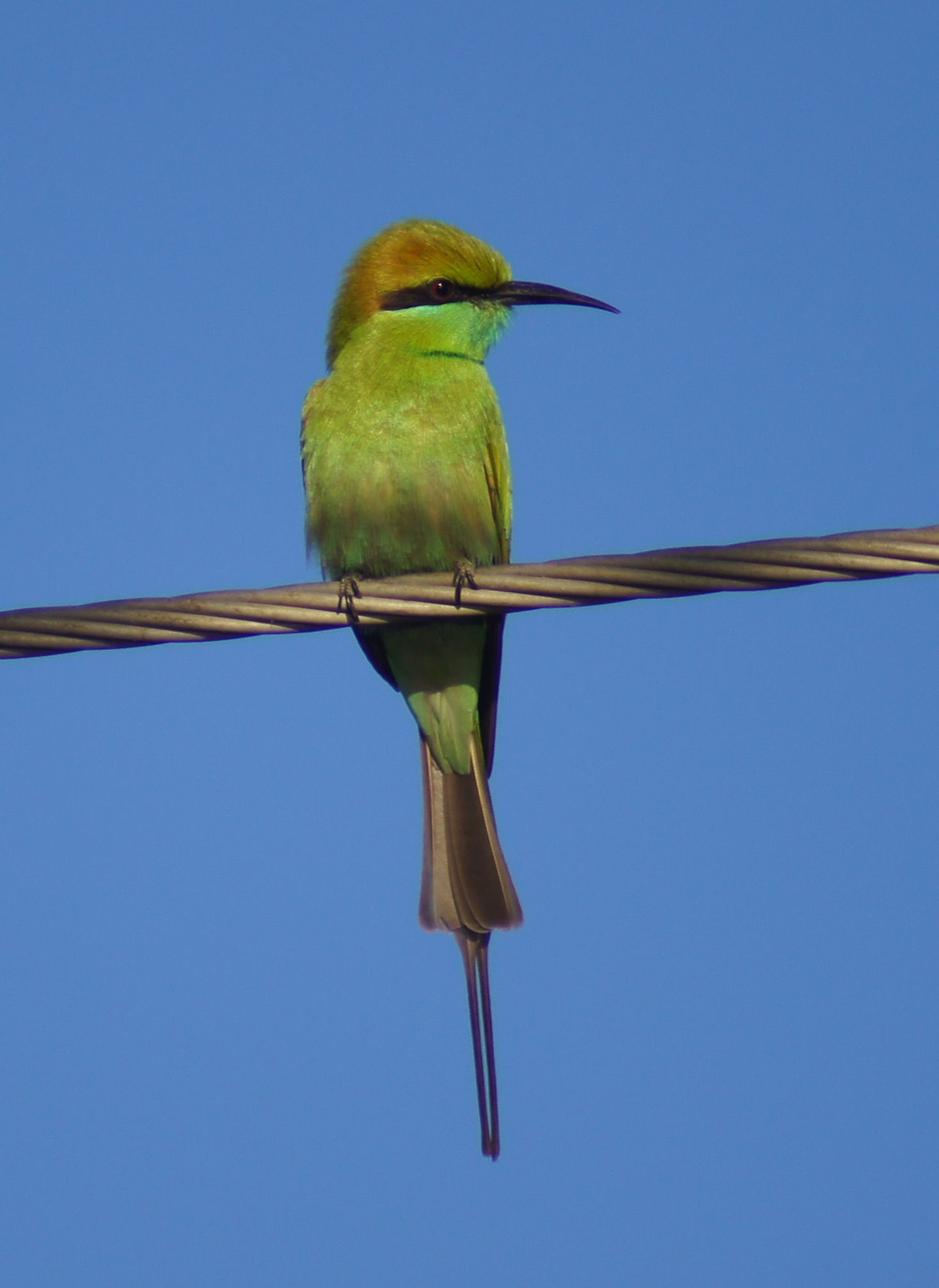 Honey buzzard: I’m not 100% sure of this one, but I think it’s the oriental honey buzzard (Pernis ptiloryhnchus), photographed in Kanha Tiger Reserve. 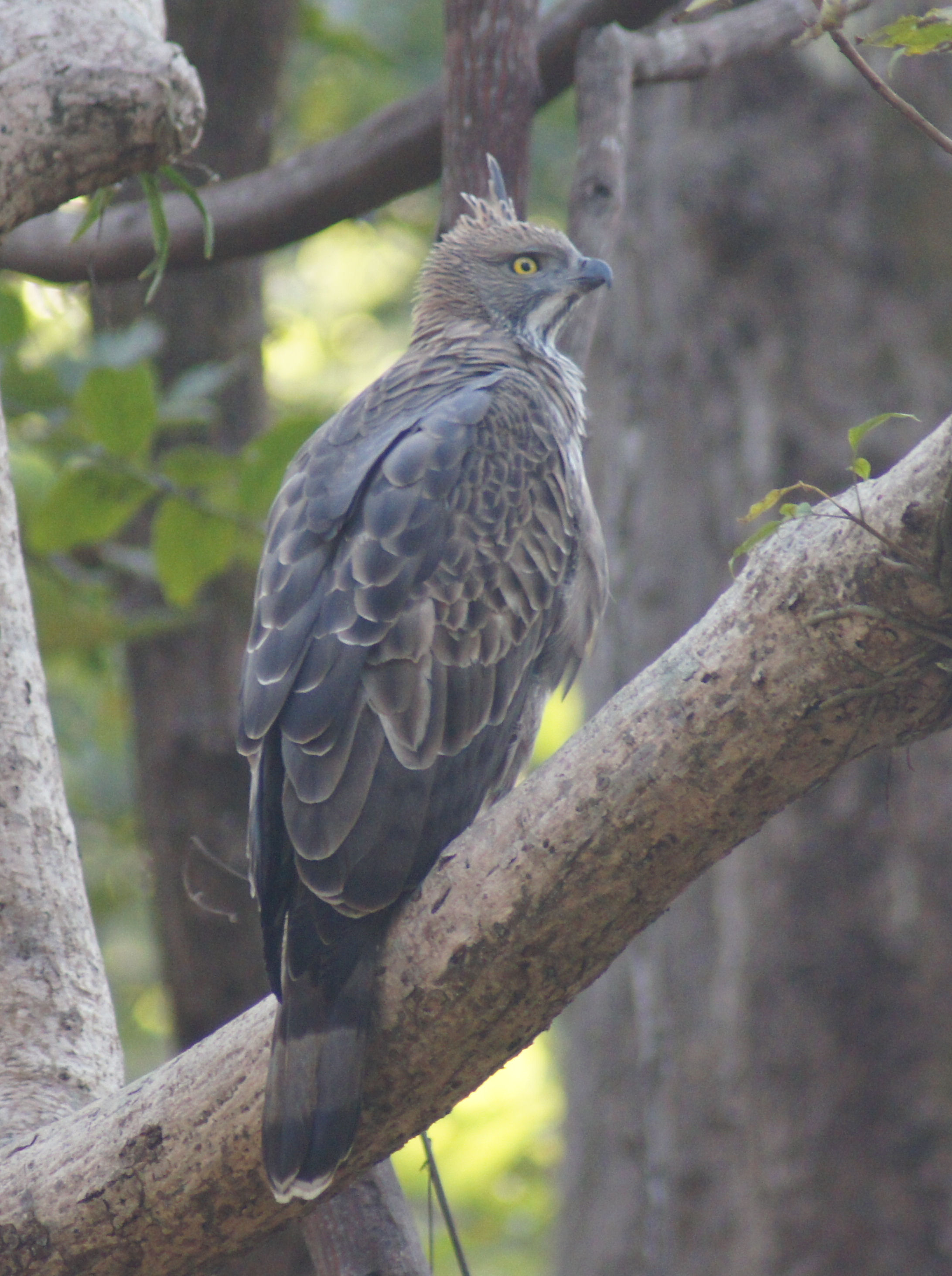 Crocodile: Mugger or marsh crocodile (Crocodylus palustris), basking on the bank of the Denwa River, which forms one of the boundaries of the Satpura Reserve. The bird in the background is a yellow-wattled lapwing (Vanellus malabaricus). 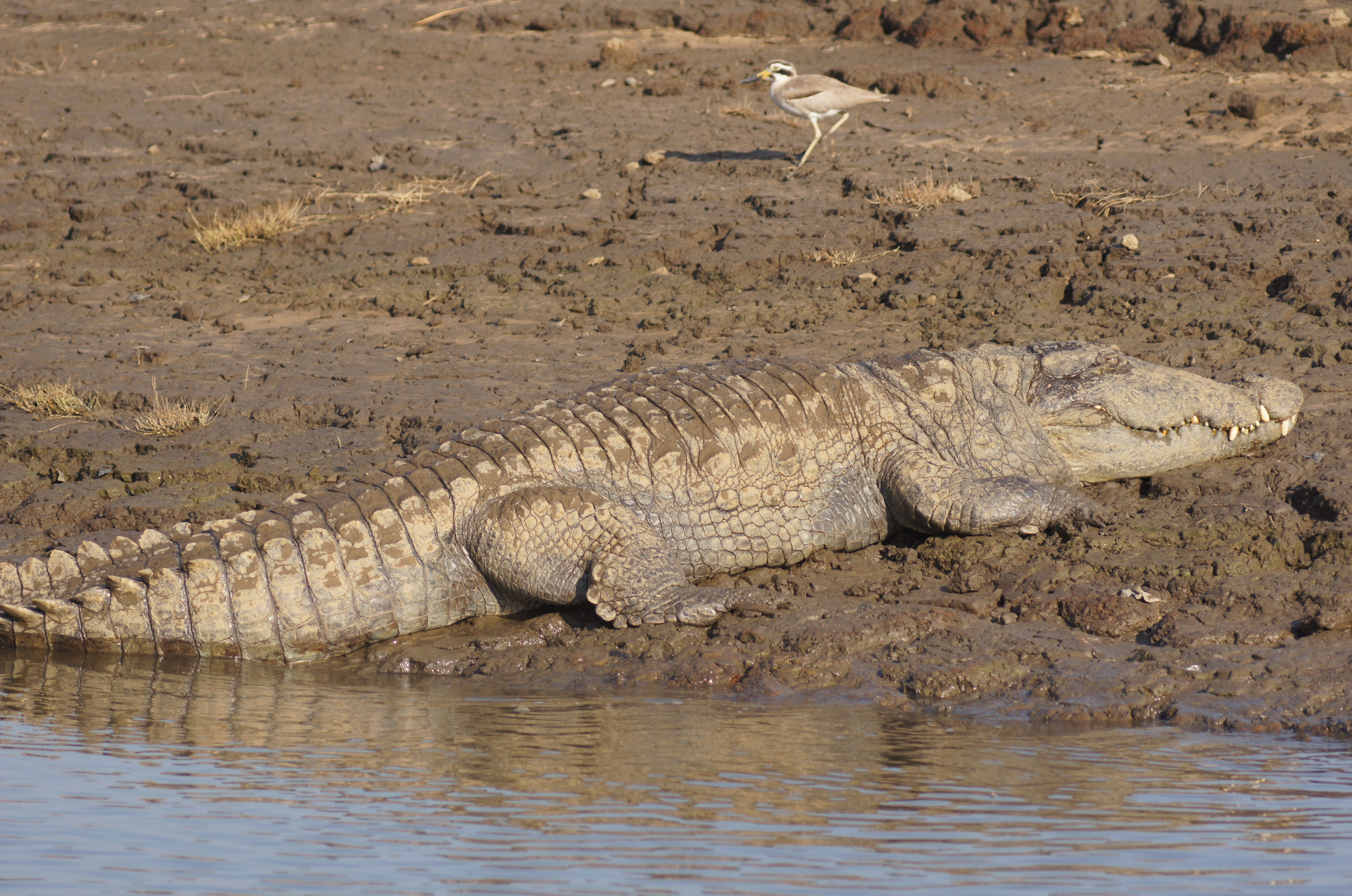 Spider: The signature spider (Argiope anasuja), photographed on its web in the grounds of Kanha Jungle Lodge. 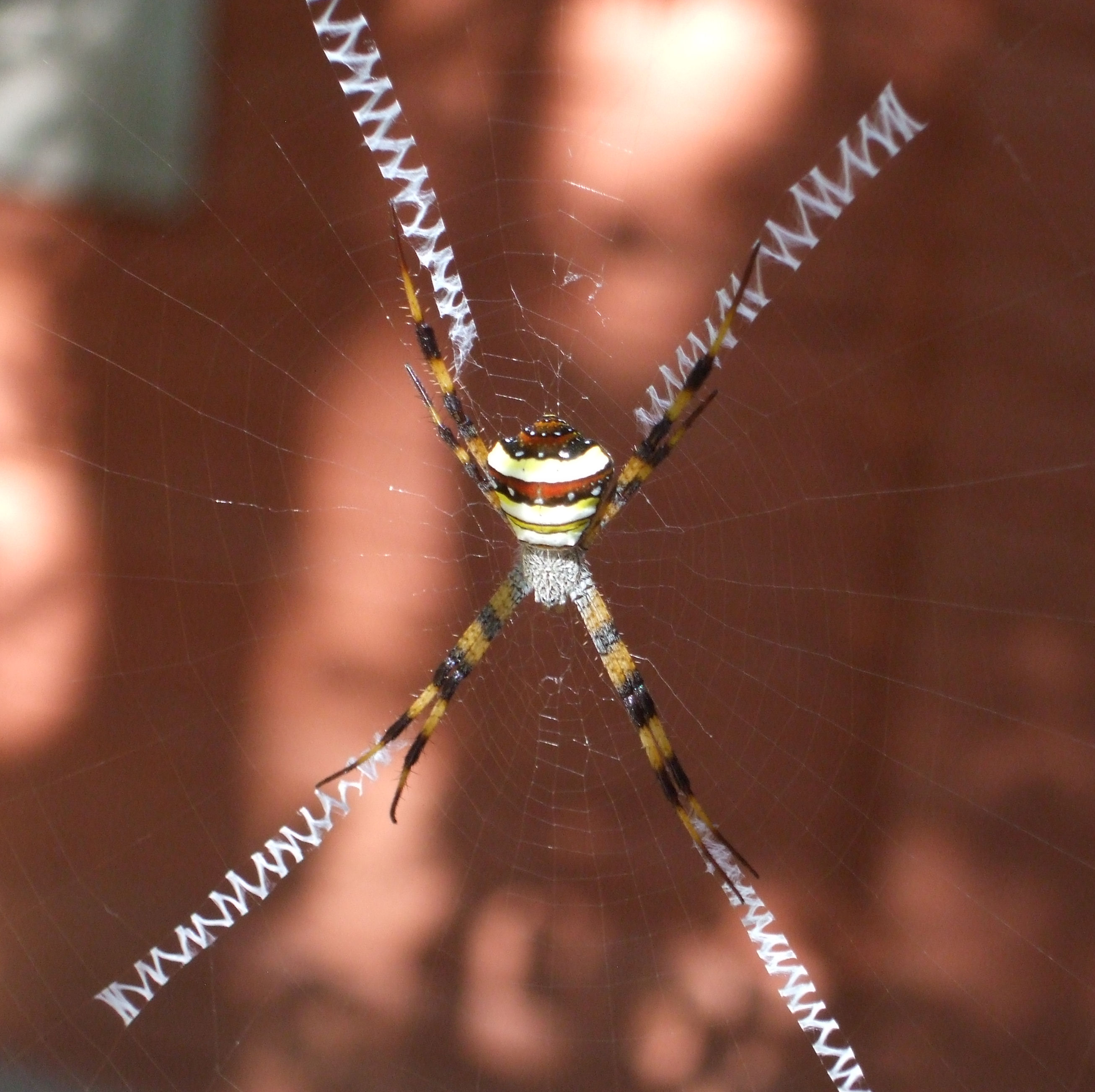 Jackal: the Golden jackal (Canis aureus), in Kanha Tiger Reserve. We came across a pair using the jeep trail to move through the forest, and this one obligingly posed for photos close to the jeep. 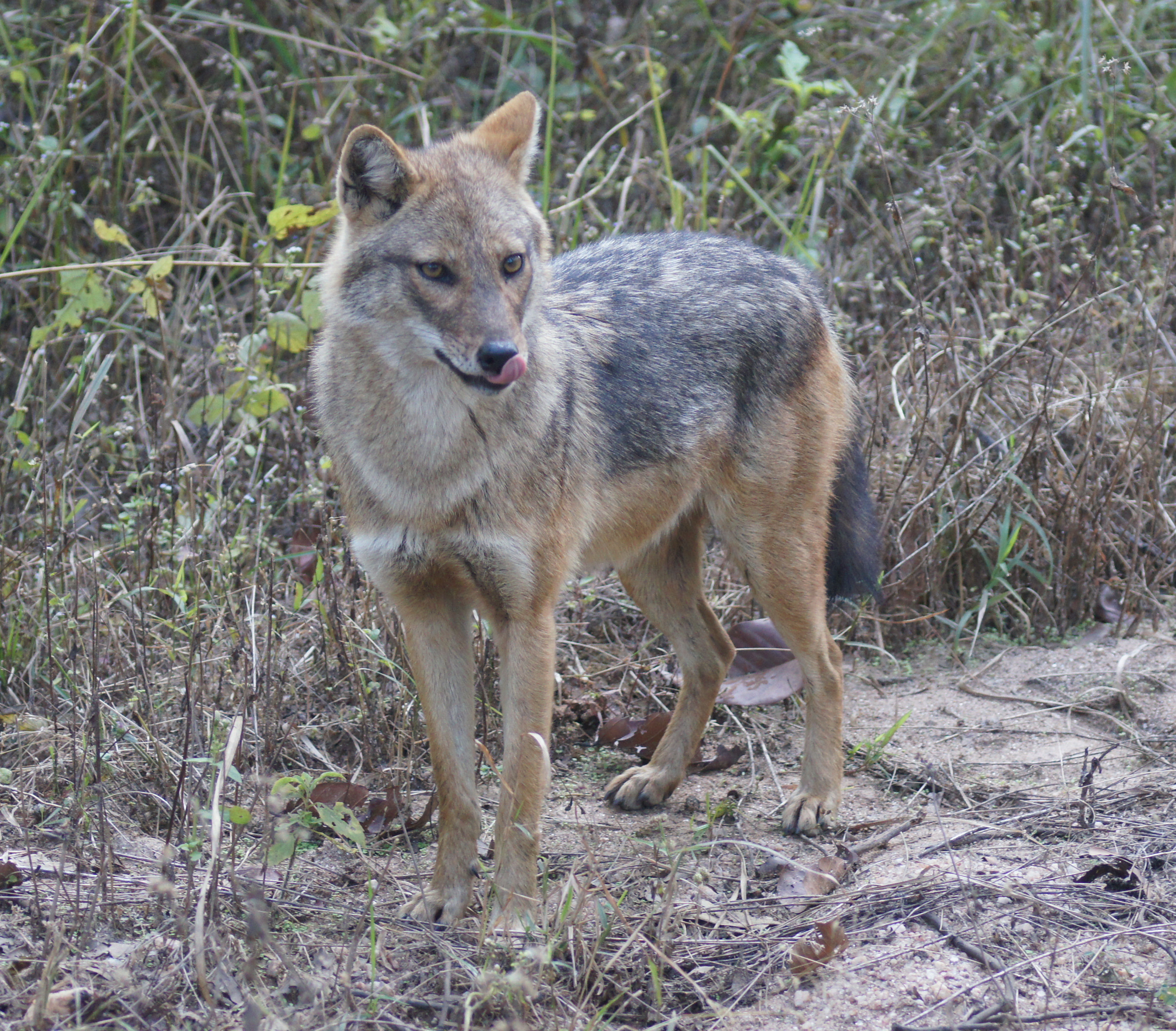 Here’s a photo I took yesterday of one of my orchids. This one, the natural species Paphiopedilum sukhakulii, blooms once or twice a year in my lab.  I don’t find it nearly as hard to grow as the notes below suggest. It was identified a while back by reader Lou Jost, and here are some photos of the species that confirm the ID.  And here are a few notes from Wikipedia:

True endemic species are often rare, tending to be confined to specific areas. The P. sukhakulii is one of these rare species with a very restricted distribution at one small location. The P. sukhakulii is a species of orchid endemic to northeastern Thailand. It grows at heights of 240–1000 meters on Mount Phy Luang Mountains in the province of Loei This orchid grows in leafy sand-clay linens, usually along mountain streams under the shade of large forest trees. Flowering occurs during the warm months of the year.

P. sukhakulii is a species of the hill evergreen forest and is very sensitive to the environment. It must be grown near rocky high altitude, particular nutrient availability, and shaded habitats. 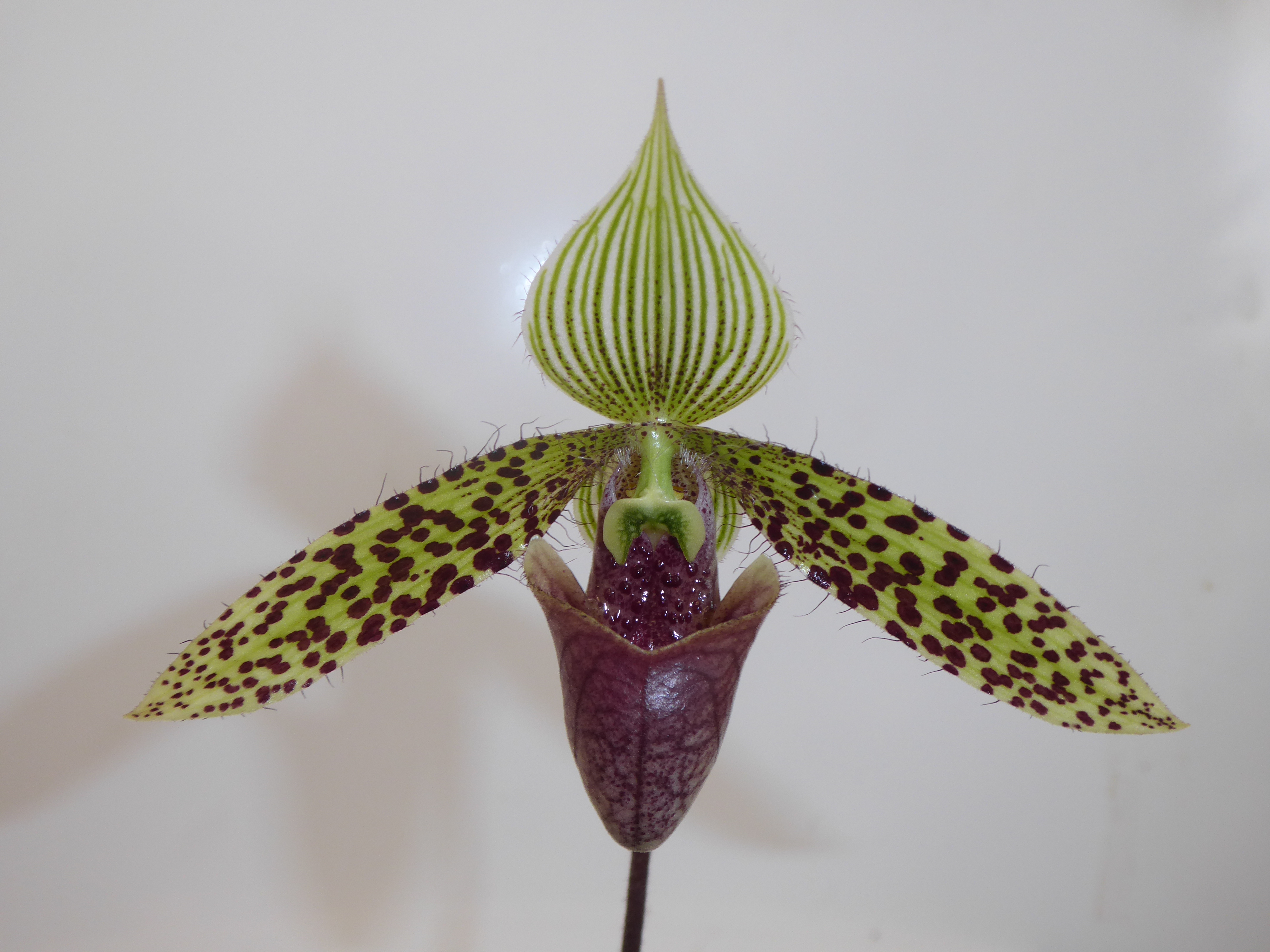 13 thoughts on “Readers’ wildlife photos (and one of mine)”