Several readers, to my relief, sent in new batches of wildlife photos, so we’re okay for a while. But please don’t forget to send photos to me when you have good ones to show off. Our new contributor is David Hughes, who lives in Scotland, and his comments are indented (there are more pictures from India to come):

I’m a long-time reader of WEIT, so I thought it was about time to offer some wildlife photos. In December 2018 I went on a wildlife-viewing tour to three tiger reserves in Madhya Pradesh, central India, a trip I can thoroughly recommend if it ever takes your fancy. We visited Pench, Kanha and Satpura Tiger Reserves. Kanha is the most famous, and probably offers the best chance of seeing tigers in the wild. I’ll add a caption to each photo.

Barasingha: This is the hard-ground barasingha (Rucervus duvaucelii), a very handsome deer species, photographed in Kanha Tiger Reserve. This is one of the rarer Indian deer, and this particular subspecies was until recently found only in Kanha. I believe the Indian park authorities have recently translocated some to Satpura to start a separate breeding population. 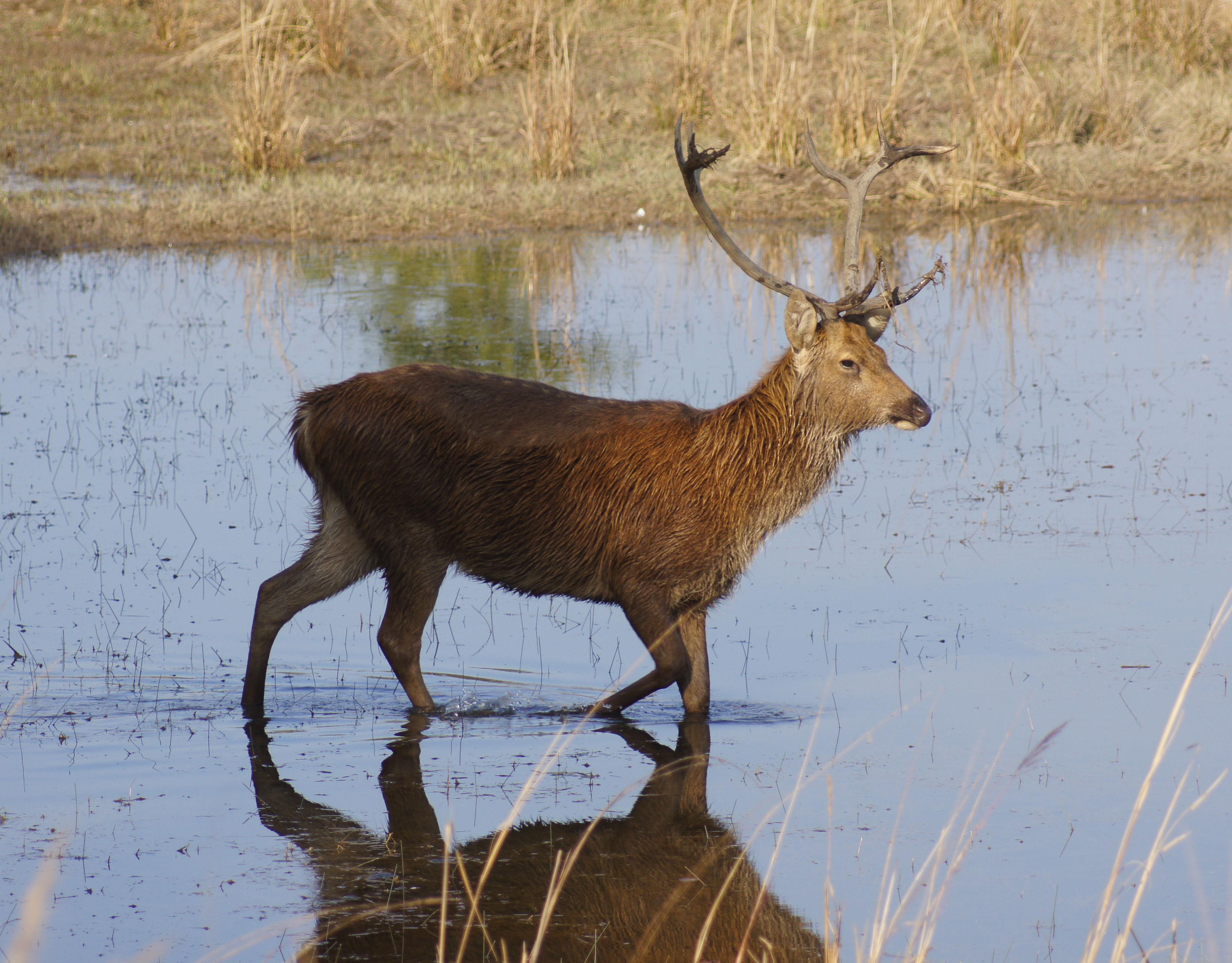 Spotted deer (Axis axis), Kanha Tiger Reserve: the most common medium-sized deer species across most of India, and the main prey of tigers, leopards and wild dogs. [JAC: This is also known as the chital.] 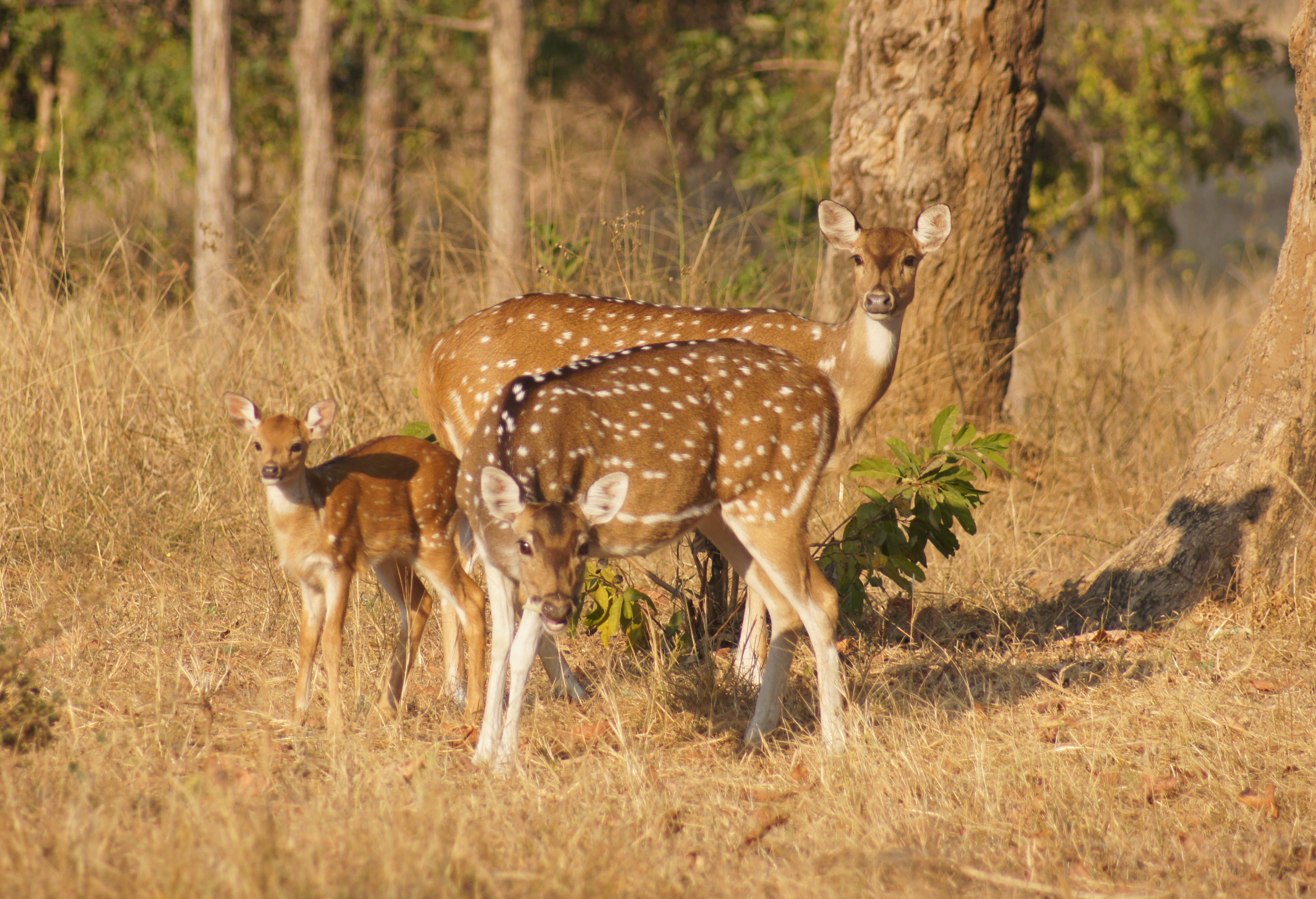 Sambar (Rusa unicolor), Satpura Tiger Reserve: A large deer found across much of India, and also a favoured prey of tigers. This one was close to the jeep track and conveniently hung around to have its picture taken. 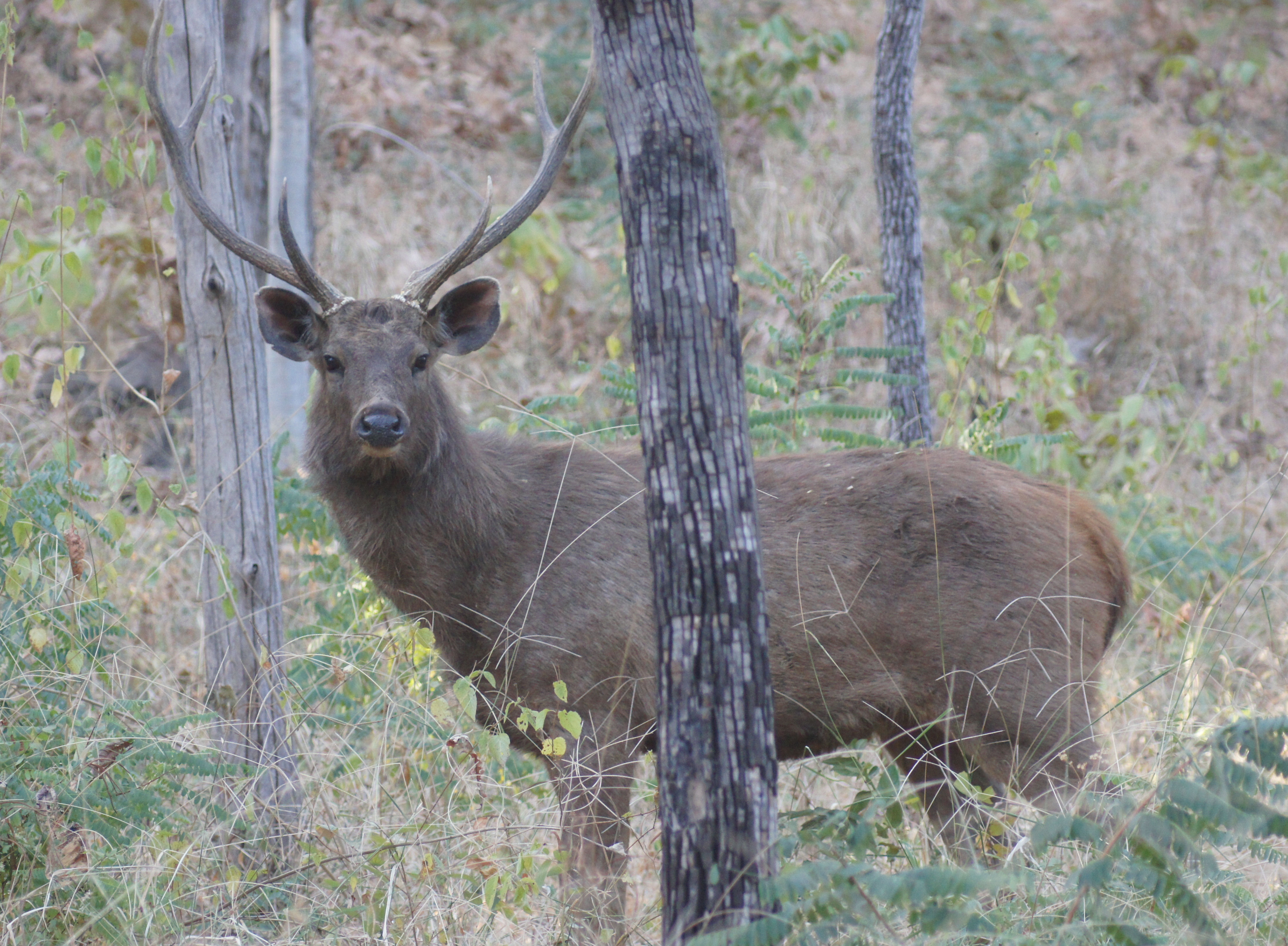 Gaur (Bos gaurus), Kanha Tiger Reserve: the world’s largest species of wild cattle. A mature bull like this is a very impressive beast. Even a  tiger would probably think twice about trying to tackle this, although they do take calves if the opportunity arises. 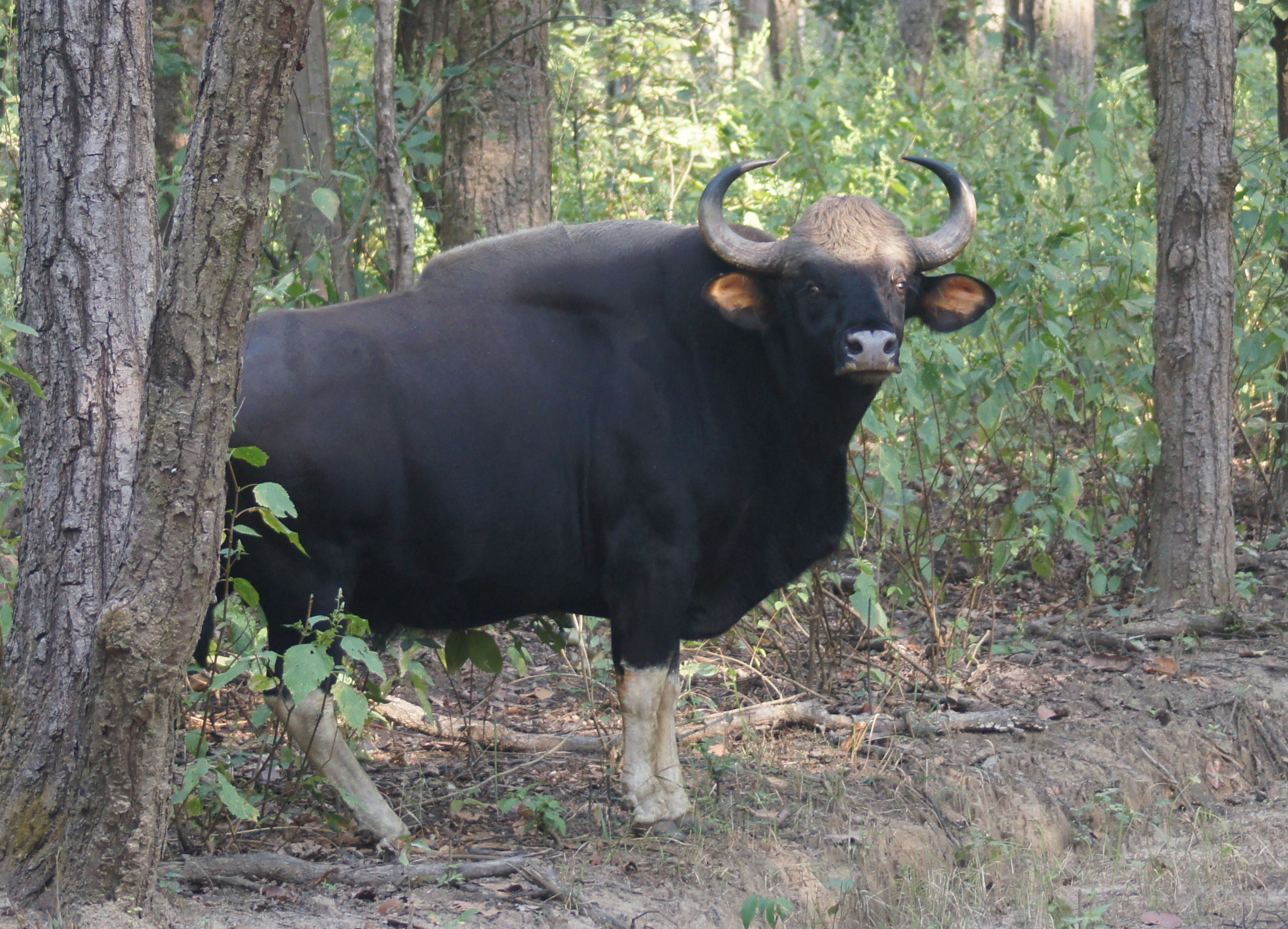 JAC: Wikipedia on the size of this behemoth: