Nearly all the results from New Hampshire are in, and the results are below (I’m omitting candidates like Cory Booker who got less than 1% of the vote): 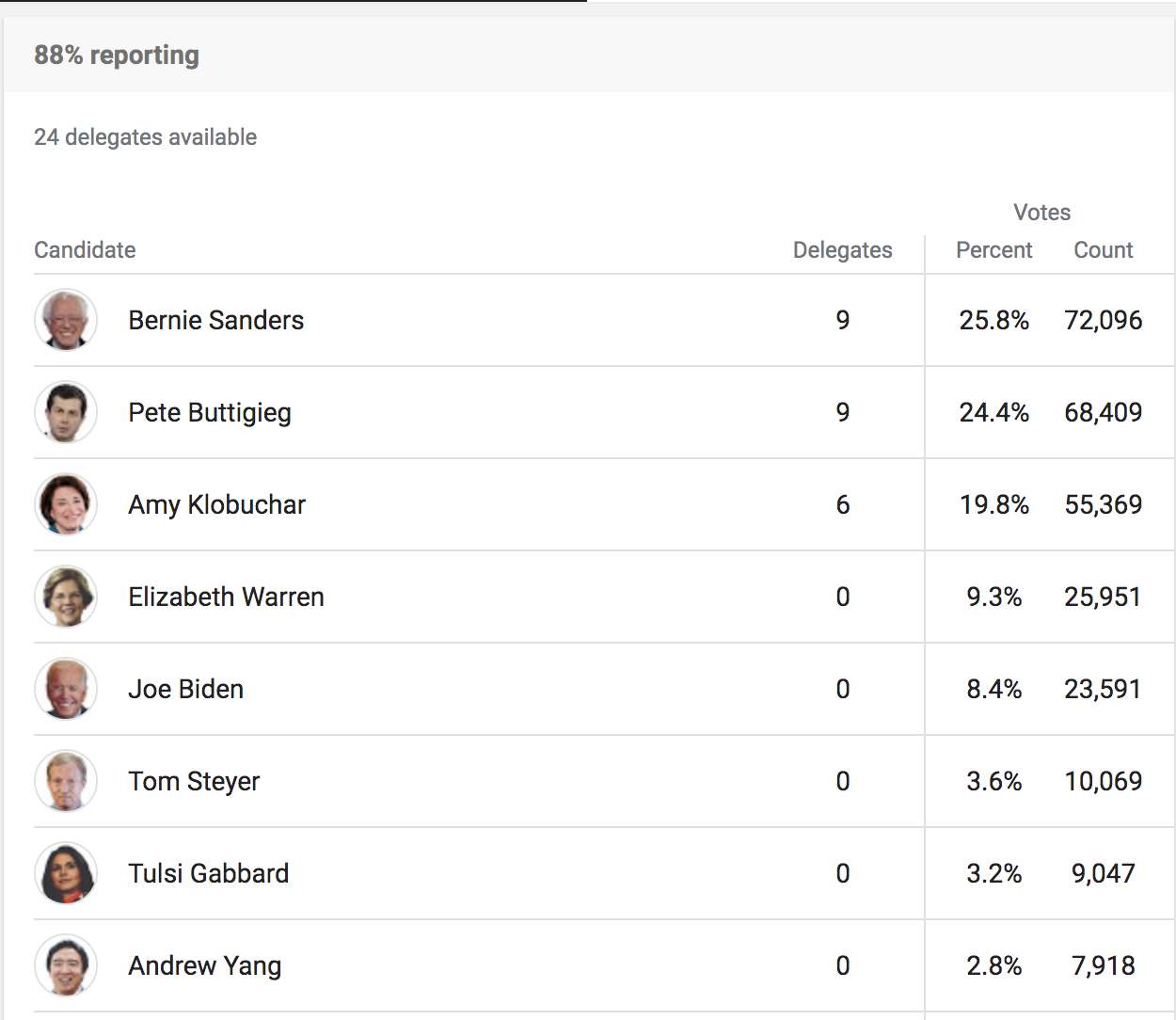 As expected, Bernie won, but the surprise was that Pete Buttigieg was gnawing at his tuchas, only about 1% behind. Also a surprise was Amy Klobuchar’s good performance: she nabbed six delegates. To me this shows a momentum from Iowa, which isn’t really kosher because Iowa has an unwarranted influence on subsequent elections despite its small size. Of the three front-runners, I’m happiest with Buttigieg and Klobuchar, but would of course vote for Bernie, despite his use of anti-Semitic surrogate campaigners like Linda Sarsour, despite his age, and despite his heart attack. As I’ve said, the worst Democratic candidate is infinitely better than the “best” Republican candidate, which is Tr-mp.

Warren was surprisingly far behind, and perhaps this again reflects a me-too effect from her poor performance in Iowa. She used to be my top candidate, but I’ve lost enthusiasm for her. And poor Joe Biden: it almost seems as if he’s out of the race, though the results in South Carolina may give him a boost.

I know it’s way early to prognosticate, but what else can keep us busy chit-chatting save election results? Who’s your favorite candidate? Do you think these results, and the ones from Iowa, mean anything? Is Biden really finished? And Warren? What about Michael Bloomberg: can he jump in and become a centrist front-runner? Do any of these candidates have a chance of beating Trump, who despite everything still has an approval rating of 44%. A number of polls show that all of the Democratic front-runners generally beat Trump in polls (here are summaries from RealClearPolitics), but some of these polls are a few weeks old.

I just registered to vote by mail in the Illinois primaries (as a Democrat, of course), but I have no idea which box I’ll tick before March 17.