John Lewis & Partners have put out their annual Christmas ad, and this one with Elton John is, as the kids say, “epic”. The obvious point is that a gift you give to a child can make an immense difference in its life. But the way it’s done is poignant, and also features my favorite of all Elton John songs: “Your Song“, written by John and Bernie Taupin and released in 1970. (It’s #137 on Rolling Stone’s list of the 500 Greatest Songs of All Time.) Have a look at the two minute commercial, and see if you don’t like it.

So who could possibly object to this lovely Christmas vignette? HuffPo, of course:

The tactic here, as always in that reprehensible rag, is to use some dissent on Twitter, which you can always find, to push HuffPo’s own views, and then pretend it’s not the magazine’s opinion.  Why don’t they like the ad? Get this:

Many people on Twitter said the ad ― titled “The Boy And The Piano” and set  to John’s ’70s classic “Your Song” ― was “fantastic,” with one person praising its “endearing message.”

Others, however, said the promo that cost around $8.6 million and uses actors to depict various stages of John’s life was a “shameless plug” for John’s final Farewell Yellow Brick Road tour, which kicked off in September, and the upcoming 2019 “Rocketman” biopic movie of his life.

You know, I don’t fricking care what “Twitter” thinks, because no matter what opinion you seek, however odious, you’ll find it there. As for the ad’s cost, well, John Lewis can spend its money however it likes, and 8.6 million is small potatoes when you think of what it costs to make a movie. And I bet most Tweeters liked it, but HuffPo chose to headline the Scrooges. You might as well write about evolution with the headline “Darwin’s ideas miss the mark for many.”

As for me, I love the commercial, which almost makes me tear up at the end.

Reader Jon sent a one-minute video of Serena Williams as a little girl (already great at tennis) and at the U.S. Open. John said “this is good for a commercial”, but it’s made by Nike and looks just like a commercial. Regardless, it’s really good. Jon’s take:

Caution: might make you tear up. This is good for a commercial. Nike used home movies of a 9-year-old Serena Williams with her father, Richard Williams, encouraging her and telling her to imagine she is at the US Open, with jump cuts of modern footage of the US Open. Toward the end she celebrates on court when she spots her father cheering in the stands. Her father was such a gentle, caring coach. To date, I think she’s won the US Open six times.

Diana MacPherson sent these two videos, one of which is a real commercial and the other a parody. As she says:

I hope you can view these. It’s for “This Hour Has 22 Minutes“, a political and satirical comedy show in Canada. Here they make fun of religion as divisive based on an Ancestry.ca commercial about finding out about your DNA.

The show Diana refers to appears on the Canadian Broadcasting Corporation, a government entity.

First we have the legit commercial—the one parodied by the satire below. It’s tribalistic and way over the top, but that’s how they’re sellling ancestry tests in Canada. (I wonder, as an atheist Jew who has ancestors in Galway, if I’d be greeted so warmly!):

Can you imagine this being shown on any television station in the U.S., much less one run by the government? Ceiling Cat bless Canada!

It reminds me of this joke related by Richard Dawkins in The God Delusion:

A journalist, researching for an article on the complex political situation in Northern Ireland, was in a pub in a war-torn area of Belfast. One of his potential informants leaned over his pint of Guinness and suspiciously cross-examined the journalist: “Are you a Catholic or a Protestant?” the Irishman asked.”Neither,” replied the journalist; “I’m an atheist.”

The Irishman, not content with this answer, put a further question: “Ah, but are you a Catholic atheist or a Protestant atheist?”

Reader Tom wrote me that he saw this ad for Ken Ham’s Ark Encounter Park “during the Red Sox game this afternoon, on TBS.”

I’m surprised it doesn’t mention religion or the Bible, but only the size of the Ark. Is this a way to lure the kids when the Park’s apparently having financial difficulties?

You’d think that after the Pepsi fiasco a few weeks ago, any advertising agency – or any product producer about to launch a new campaign – would consider the mockery and derision aimed at the soft drink purveyor and demand that any similar campaign in the works suggesting that their own product could  in some way engineer social transformation be aborted immediately.

However, Heineken decided not to take the road of caution and went ahead with its own version of giving the world a coke. On the one hand, there is simply no good reason for any beverage vendor to try to flog their wares by trying to insinuate that they can make a meaningful contribution to transforming society in a positive way. On the other, Heineken’s latest attempt is by no means the worst in the recent spate of painfully self-conscious “socially aware” advertisements peddling mass produced beverages. Pepsi has claimed that title and will forever be the champion of the most inept and crass attempt to cash in on feel-good commercialism. Here’s a Canadian example of beer creating racial harmony. Is there anything that fermented hop-flavored sugar water cannot do?

What the Heineken ad did was select a small group of people with opposing political and social views and put them through ice-breaking and team-building exercises; with the big “reveal” coming on completion of the task, leaving the participants in the awkward situation of realising that the person they had been getting along with up to that point was in fact someone that they would normally not only have nothing to do with, but probably actively despise. At that point the cheesiness ensues when all the teams opted to sit down and have a beer and a chat with their former team-mate, possibly overcoming and confronting the issues that would normally polorise them. 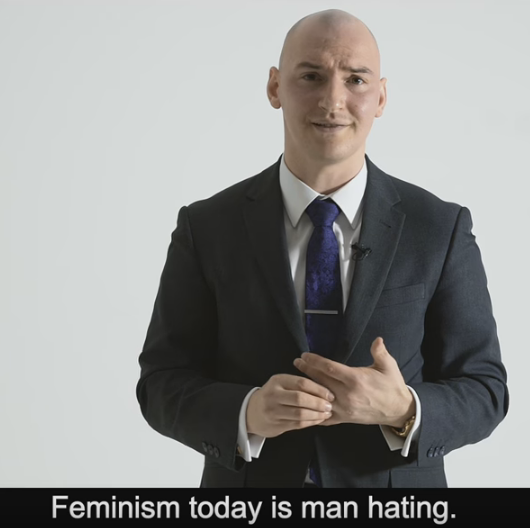 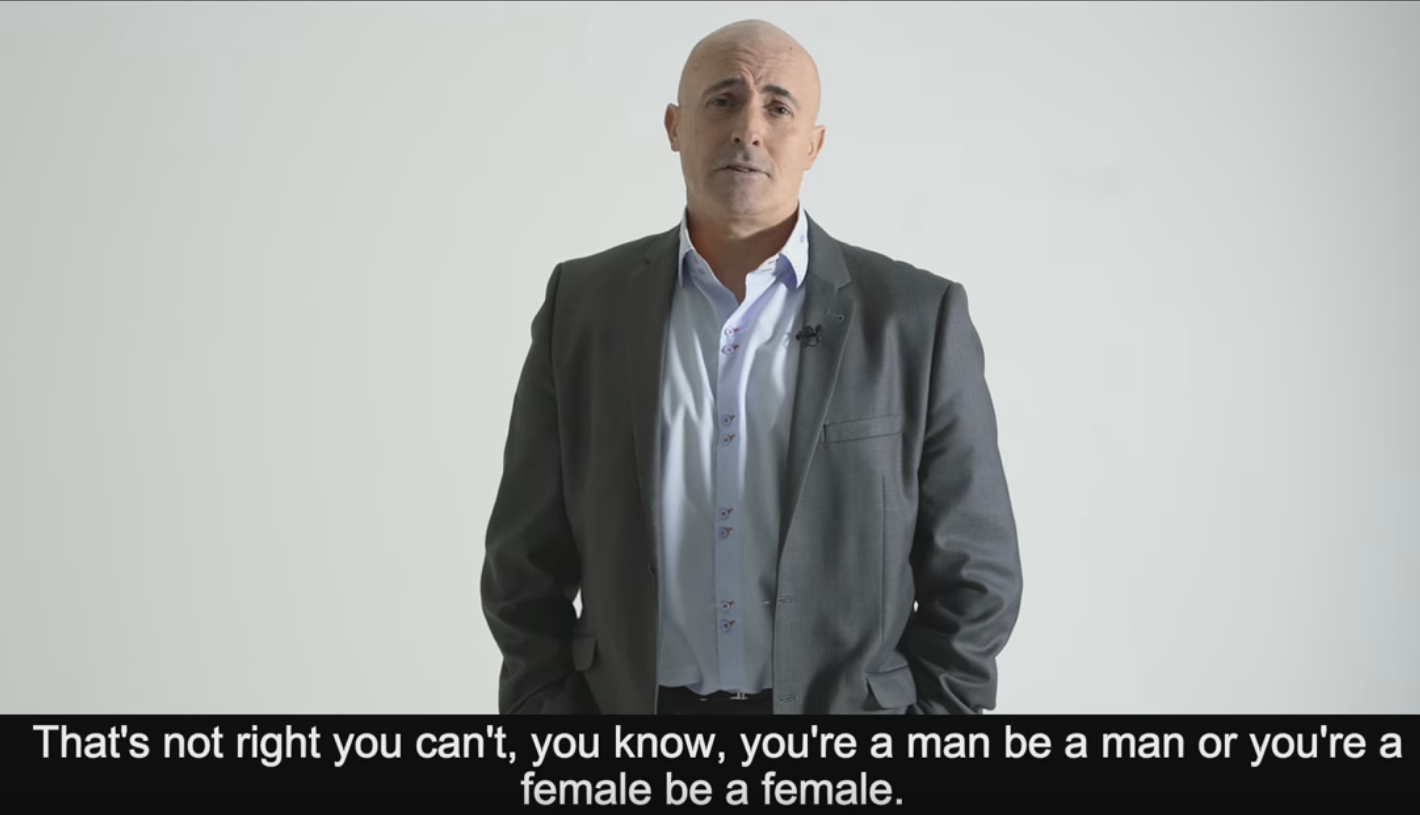 But what saves the advert is not that it claims that a Heineken can bridge social divides. In fact the advert neatly avoids that trap. The product is certainly placed prominently in the final scenes of the advertisement, however it is clear that the catalyst is not the beer but the connections that have been built during the team-building exercises.

It is actually a fairly savvy acknowledgement that we all tend to label ourselves and present a small thumbnail version to the world, especially in these days of social media; and this leads to snap judgements and very often complete ignorance of the other side. Sometimes otherwise decent people can hold ignorant views. Sometimes, those people can start to change their minds. 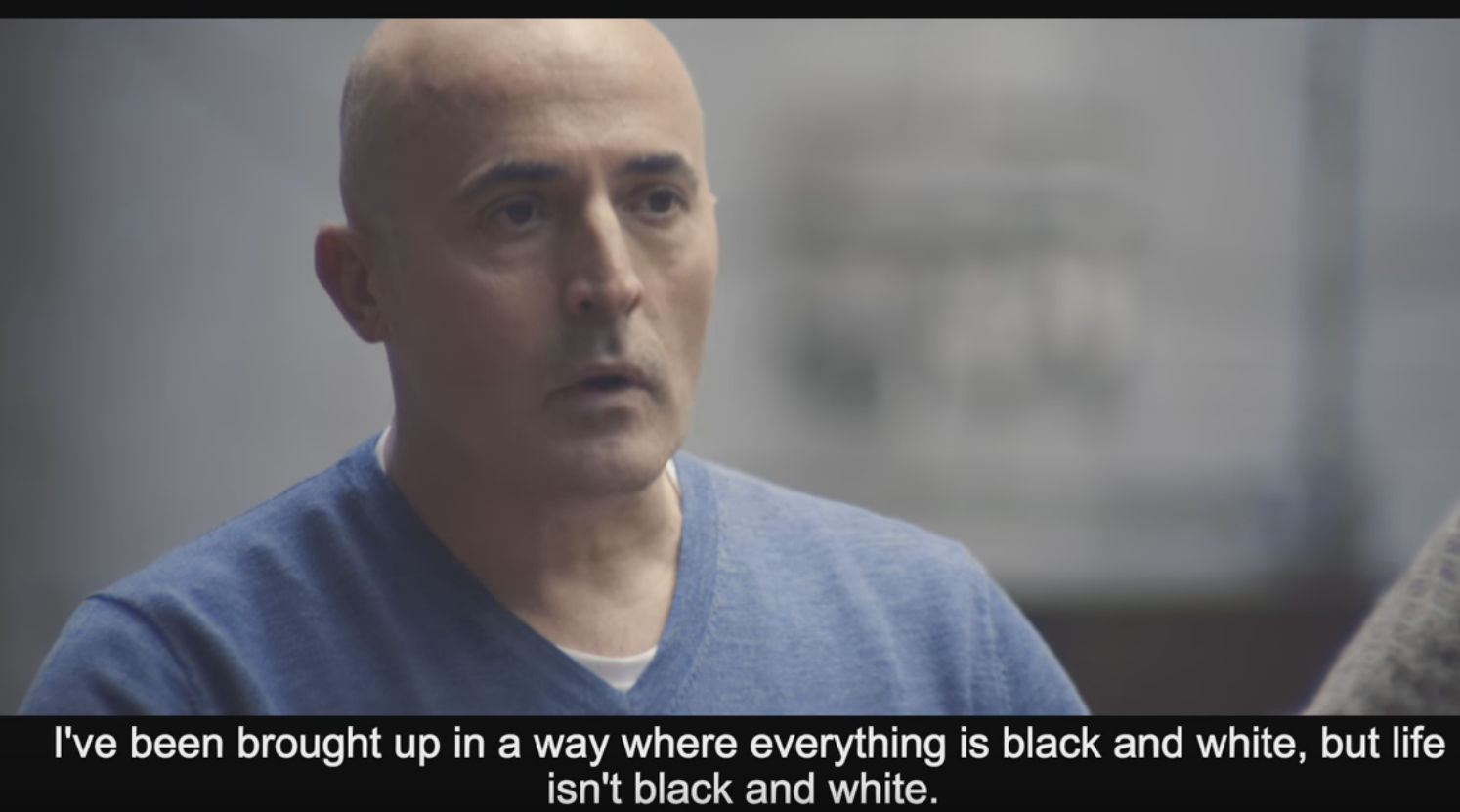 I can’t say I am a much of a fan of this new trend of socially aware ware-hawking. If I want a drink I don’t need to think that I am drinking a “woke” drink. I just want the flavor – or the alcohol.

Maybe beer companies should stick to being funny, it probably works better.

As Diana McP. told me when sending me this new “Dear Kitten” video by the famouz ZeFrank (“True facts about. . . “), it is perfectly timed for the Cats vs. Dogs debate on Saturday. And indeed it is, conclusively demonstrating the superiority of felids.

This series of videos is obviously sponsored by Friskies, and there are links at the end to three other “Dear Kitten” videos, none of which I’ve seen.

It’s Friday afternoon, so, as Mehitabel the cat said, ‘Wotthehell.”  Reader Gunnar sent a link to this funny (and slightly salacious) video. Because of the last frame, it’s been characterized on other sites as a commercial for hair products; but some commenter say it’s from a UK television show called “Smack the Pony,” about which I know nothing. But that sounds about right given the voice-over laughter and applause.

Somehow I think the guy would be even more appealing when the “lump” is revealed as a cat!

This is a real Japanese commercial, perhaps a tad salacious, but certainly not NSFW.

From this week’s SMBC, courtesy of reader Steve:

There are two things wrong with this cartoon:

1. Nobody would name their cat “Scruffles”. (The inevitable result of that statement is that some reader will say he/she owns a cat named Scruffles.)

2. I don’t think the translation is accurate. A more likely one is “Where the hell is my dinner?”  But readers are invited to supply their own translations.

Well, I thought I’d seen it all, but this Japanese commercial for a smartphone, brought to my attention by alert reader Jon, beats all. It’s a huge xylophone, placed in a hilly Japanese forest, that plays Bach’s Jesu, Joy of Man’s Desiring as a wooden ball rolls down it.  Fantastic—do not miss this one!

Imagine the labor involved in building that xylophone!  Here’s a short video about the construction:

Both of these videos, curiously enough, were highlighted on Krista Tippett’s “On Being” page. In case you don’t know of her, Tippett is an unctuous broadcaster on U.S. National Public Radio, and is always interviewing scientists and trying to get them to confess their spirituality.  She’s the Elaine Ecklund of radio and a diehard believer in belief; I am unable unable to listen to more than a few minutes of her show.

That said, some of her shows are supposed to be good—when she stays away from religion and spirituality.  Jon, in fact, found the commercial above while looking for a podcast of a recent interview she did with Lawrence Krauss (you can find the video here). Our reader liked the interview and said this about it:

I’m not a big fan of Krista Tippett’s program On Being, but sometimes I listen Sundays at 7:00 before I get up. This morning’s program was a rebroadcast of an outstanding interview entitled “Our Origins and the Weight of Space” she did with Lawrence Krauss last summer as part of one of the programs at the Chautauqua Institution in New York. The interview is mostly a solo act by Krauss and he didn’t allow Tippett to get away with any silliness.

I haven’t watched the interview, but if you have, weigh in.  Comments about the “On Being” show, either agreeing or disagreeing with me, are welcome.