We’ve reached the end of the “work” week, as it’s Friday, December 16, 2022: National Chocolate Covered Anything Day.  Have some chocolate-covered grasshoppers. Yummm—crunchy inside! 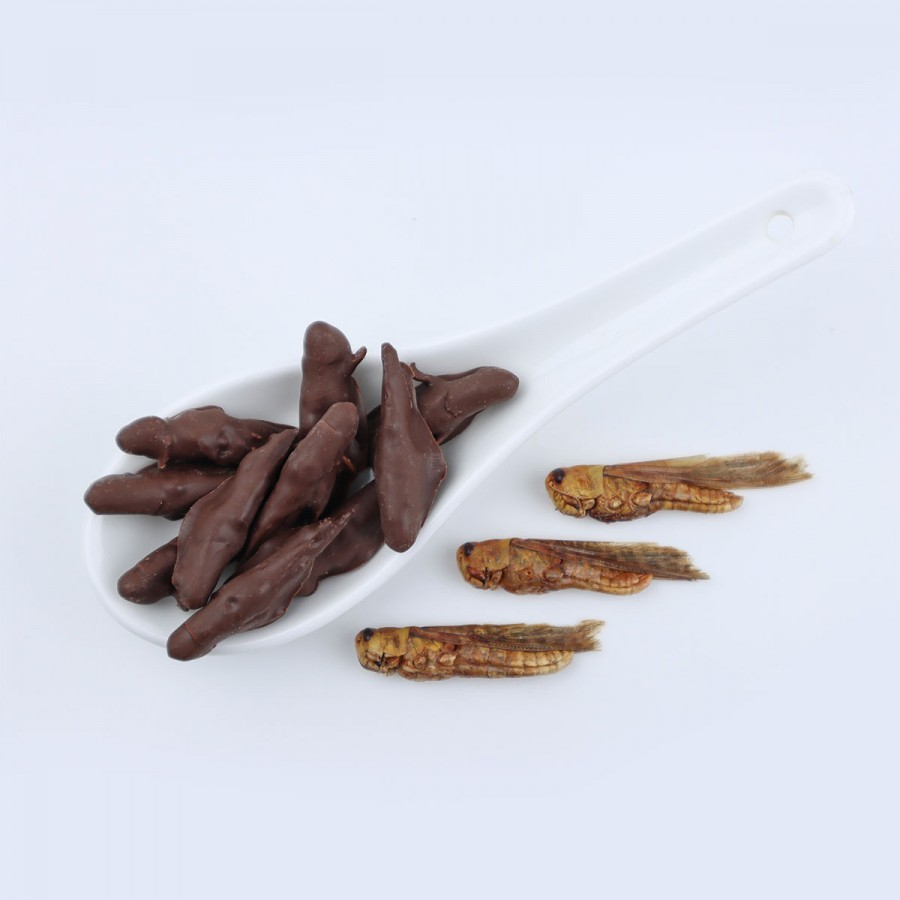 It’s also Boston Tea Party Day (the act occurred on this day in 1773), National Ugly Christmas Sweater Day (I have NONE OF THESE), Barney and Barbie Backlash Day (a day to denigrate these annoying characters), Day of Reconciliation  in South Africa, and the beginning of the nine-day celebration beginning December 16 and ending December 24, celebrating the trials which Mary and Joseph endured before finding a place to stay where Jesus could be born (Hispanidad). This includes the first day of Las Posadas in Mexico and Latin America. 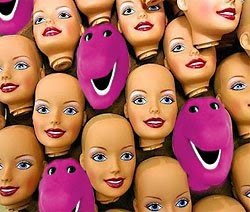 Readers are welcome to mark notable events, births, or deaths on this by consulting the December 16 Wikipedia page.

*Harvard has named a President to replace the retiring Lawrence Bacow, and it’s Claudine Gay:

Harvard University named as its new president Claudine Gay, a government professor who for the past four years has led the school’s undergraduate and Ph.D. programs.

She will be the second woman and the first Black person to lead Harvard.

Dr. Gay, who is 52, will take office July 1, the school said Thursday. She succeeds Lawrence Bacow, who became president in 2018 and said in June he would step down to spend more time with his children and grandchildren.

“Claudine has brought to her roles a rare blend of incisiveness and inclusiveness, intellectual range and strategic savvy, institutional ambition and personal humility, a respect for enduring ideals and a talent for catalyzing change,” Penny Pritzker, who chaired the presidential search committee, said in a letter to the school community Thursday. “She has a bedrock commitment to free inquiry and expression, as well as a deep appreciation for the diverse voices and views that are the lifeblood of a university community.”

Seriously, did they have to put that “diverse voices” stuff in the announcement, calling attention to her race? Isn’t it enough that she was good enough to be named President of the nation’s most prestigious school? Apparently not. I look forward to the day when someone’s gender and race won’t be the first thing mentioned when a person achieves something great. It goes on:

. . .Dr. Gay’s academic work has focused on race and politics in America, including studies in voting behavior, minorities’ interest in politics and relations between Black-American and Latino groups.

She takes the top spot at one of the world’s most prestigious and closely watched institutions of higher education, with sprawling programs across undergraduate, law, medical, divinity, education and other schools. Harvard’s endowment stood at $50.9 billion as of June 30, giving it a vast store of wealth to fuel scholarships, research and ambitious expansion plans.

The school in recent years has grappled with its historical ties to slavery and currently sits at the center of a legal battle over how race factors into undergraduate admission decisions. The Supreme Court heard oral arguments on the case in October and is expected to issue a decision by the end of June.

Gay will face the difficult decision of what to do when the Supreme Court decides that Harvard discriminated against Asians, and then dismantles affirmative action completely.

*Oberlin College finally paid the huge fine levied by a jury for defaming the owners of Gibson’s bakery, according to Channel 8 in Cleveland. It’s about damn time, too.  (h/t Luana)

Oberlin College and Conservatory has fully paid the penalty ordered after it was found liable of defaming a local family-operated bakery in 2019.

A college spokesperson confirmed to FOX 8 News that the damages awarded — totaling $36.6 million with interest — have been paid in full to Gibson’s Bakery. The spokesperson declined to make any further comment.

A Lorain County jury awarded the Gibsons $44 million in 2019, but a judge later reduced that award to $25 million.

The college appealed the decision in May of this year. The Ohio Supreme Court in August declined to hear the college’s appeal, and the college chose not to pursue the matter further. The college began making payments in September, according to a statement from that month.

“Oberlin’s core mission is to provide our students with a distinctive and outstanding undergraduate education. The size of this verdict is significant,” the statement reads. “However, our careful financial planning, which includes insurance coverage, means that we can satisfy our legal obligation without impacting our academic and student experience. It is our belief that the way forward is to continue to support and strengthen the quality of education for our students now and into the future.”

Yes, Oberlin has paid up, but they’ve never apologized to the Gibsons. That’s reprehensible. Everything I’ve heard about Oberlin makes me dislike the place.

*Two NYU professors, Andrew Ross (remember him from the Sokal Hoax?) and Julie Livingston, tell us in a NYT op ed why cars are racist. This is virtue flaunting at its finest. Cars are racist because driving one exposes minorities to the police. So what’s the alternative? Oh, right: public transport: a great way to bring your groceries home.

But for many low-income and minority Americans, automobiles have been turbo-boosted engines of inequality, immobilizing their owners with debt, increasing their exposure to hostile law enforcement, and in general accelerating the forces that drive apart haves and have-nots.

. . . By the 1940s, African American car owners had more reason than anyone to see their vehicles as freedom machines, as a means to escape, however temporarily, redlined urban ghettos in the North or segregated towns in the South. But their progress on roads outside of the metro core was regularly obstructed by the police, threatened by vigilante assaults, and stymied by owners of whites-only restaurants, lodgings and gas stations. Courts granted the police vast discretionary authority to stop and search for any one of hundreds of code violations — powers that they did not apply evenly. Today, officers make more than 50,000 traffic stops a day. “Driving while Black” has become a major route to incarceration — or much worse.

It is true that blacks get stopped disproportionately often, and less so at night, which suggests real racism. However, is this a reason to denigrate cars themselves rather than cops? What they’re indicting is bigotry, not automobiles, but they manage to bring up a new concept—automotive intersectionality:

Deadly traffic stops, racially biased predatory lending, revenue policing have all come under public scrutiny of late, but typically they are viewed as distinct realms of injustice, rather than as the interlocking systems that they are. Once you see it, you can’t unsee it: A traffic stop can result in fines or arrest; time behind bars can result in repossession or a low credit score; a low score results in more debt and less ability to pay fines, fees and surcharges. Championed as a kind of liberation, car ownership — all but mandatory in most parts of the country — has for many become a vehicle of capture and control.

Russia’s Foreign Ministry warned Thursday that if the U.S. delivers sophisticated air defense systems to Ukraine, those systems and any crews that accompany them would be a “legitimate target” for the Russian military, a blunt threat that was quickly rejected by Washington.

The exchange of statements reflected soaring Russia-U.S. tensions amid the fighting in Ukraine, which is now in its 10th month.

Russian Foreign Ministry spokeswoman Maria Zakharova said the U.S. had “effectively become a party” to the war by providing Ukraine with weapons and training its troops. She added that if reports about U.S. intentions to provide Kyiv with Patriot surface-to-air missile system prove true, it would become “another provocative move by the U.S.” and broaden its involvement in the hostilities, “entailing possible consequences.”

“Any weapons systems supplied to Ukraine, including the Patriot, along with the personnel servicing them, have been and will remain legitimate priority targets for the Russian armed forces,” Zakharova declared.

This is the best part:

Asked about the Russian warning, Pentagon spokesman Air Force Gen. Pat Ryder responded that the U.S. was “not going to allow comments from Russia to dictate the security assistance that we provide to Ukraine.”

“I find it ironic and very telling that officials from a country that brutally attacked its neighbor — in an illegal and unprovoked invasion, through a campaign that is deliberately targeting and killing innocent civilians and destroying civilian infrastructure — that they would choose to use words like ‘provocative’ to describe defensive systems that are meant to save lives and protect civilians,” Ryder said.

If you want to read about how Patriot missiles are used, go here.

The Patriot system “is one of the most widely operated and reliable and proven air missile defense systems out there,” and the theater ballistic missile defense capability could help defend Ukraine against Iranian-supplied ballistic missiles, said Tom Karako, director of the Missile Defense Project at the Center for Strategic and International Studies.

Yesterday, Donald Trump posted that he would have a “MAJOR ANNOUNCEMENT” today, Thursday, December 15, 2022. And here it is:

Oh my goodness Trump’s “major announcement” is even more pathetic than I anticipated pic.twitter.com/5IzjklP7Fo

Has there ever been a more pathetic, delusional, and desperate US American?

Not that I know of! 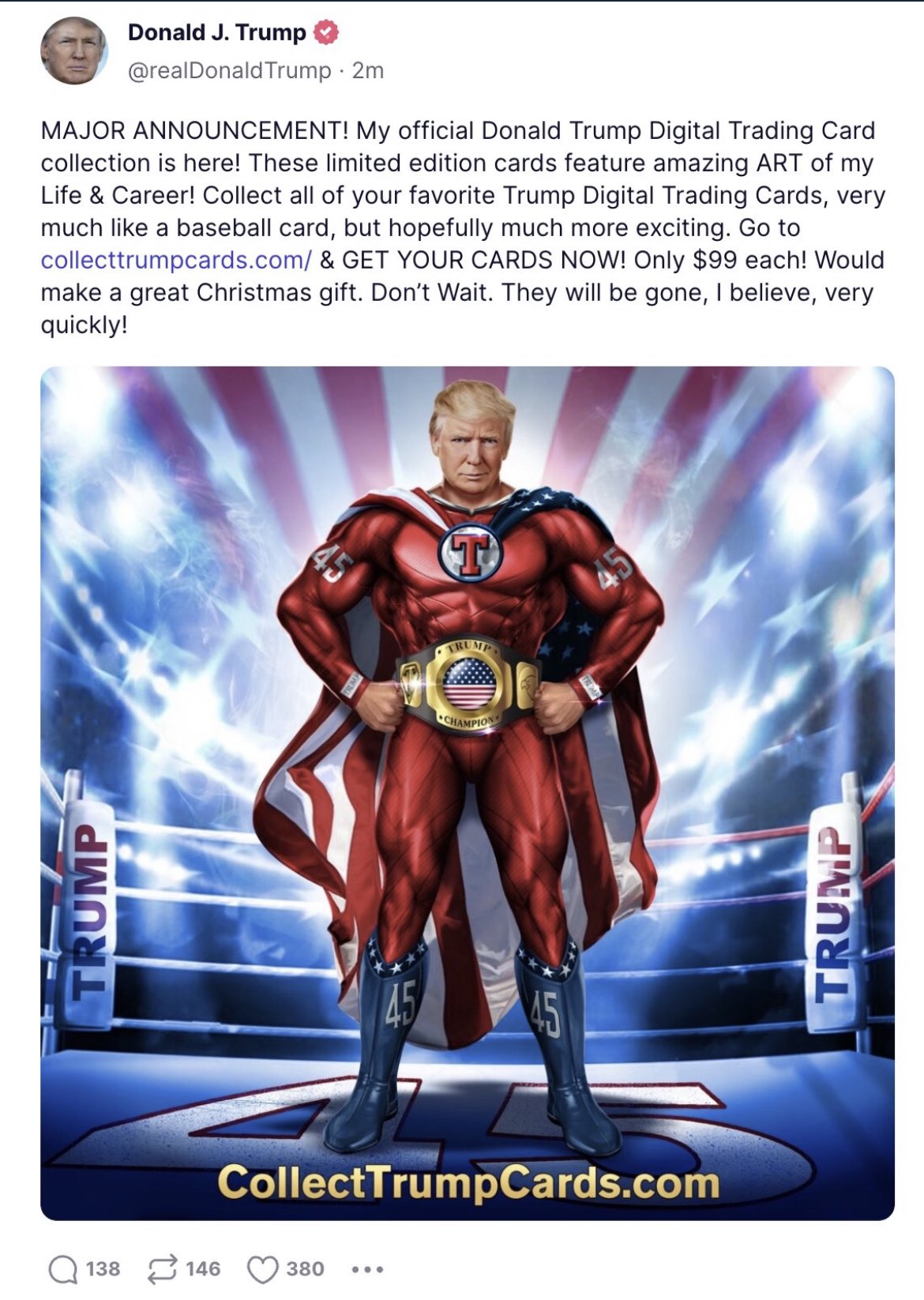 Meanwhile in Dobrzyn, Hili and Andrzej apparently have no interest in soccer:

Hili: Are you watching the World Cup?
A: No.
Hili: Neither am I. 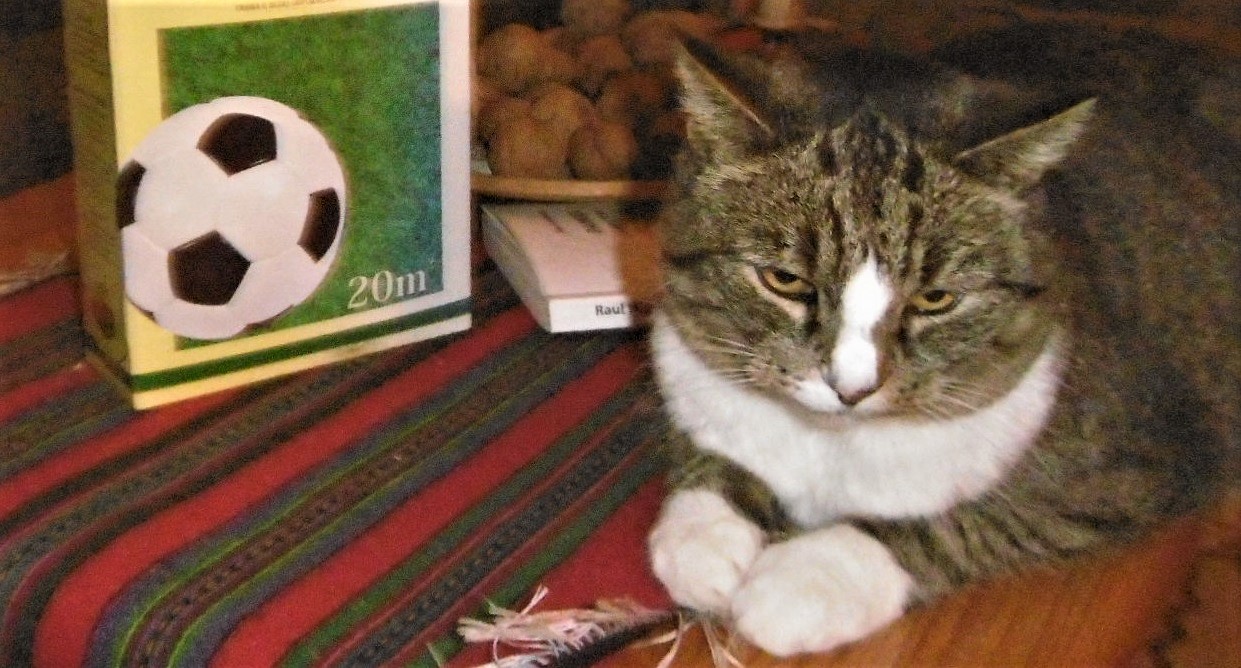 And Paulina took a photo of Kulka playing in the snow: 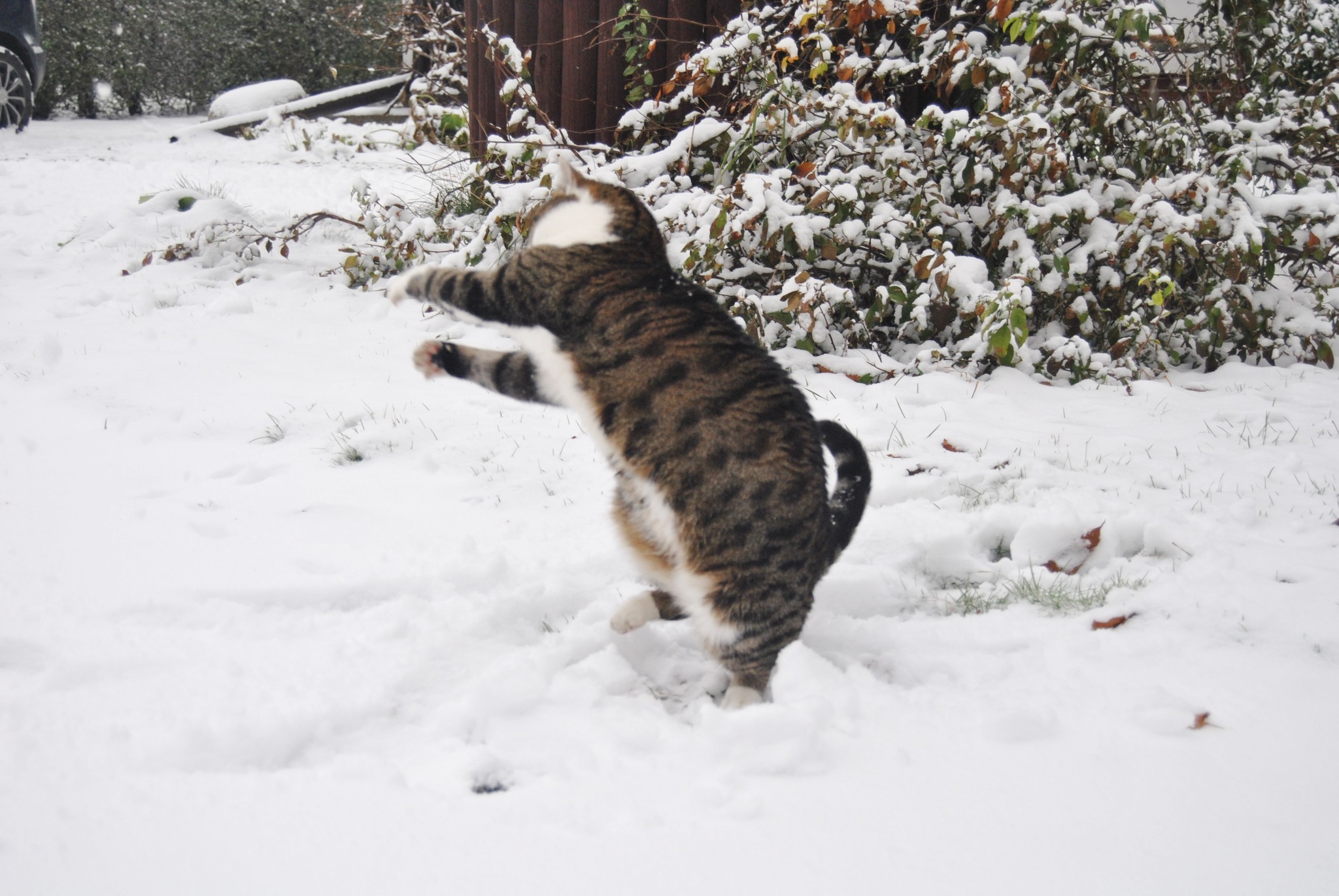 Reader Pliny the in Between is having an advent calendar at his Far Corner Cafe. Here he mocks my favorite confection (click to enlarge): 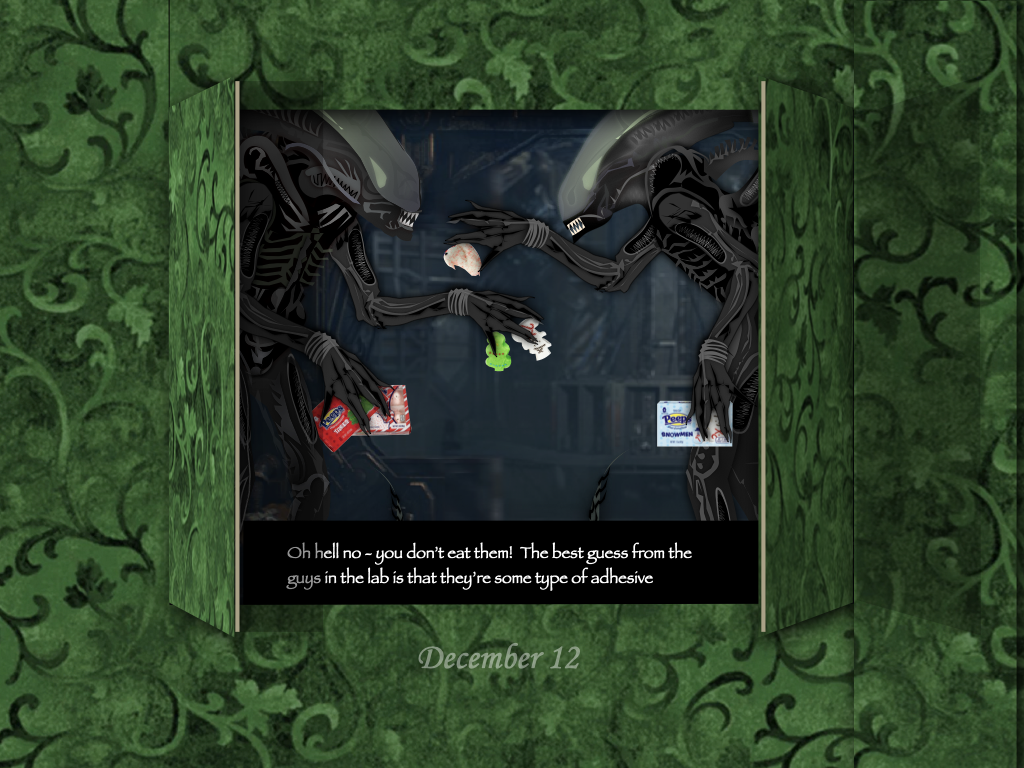 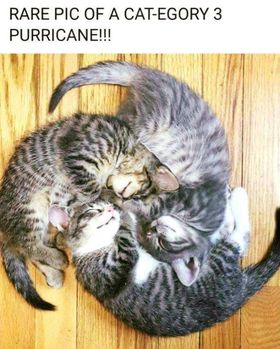 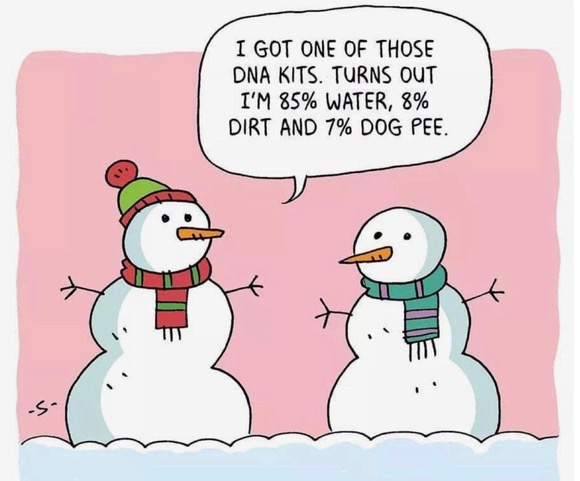 A toot from God on Mastodon:

From Masih. The Iranian government is starting to hang the protestors. That will, of course, just inflame them:

They woke him up and told him get ready we want to hang you for the crime of waging war against God, then, they executed him.
Can you believe this is happening in 21st-century?

I’m scared that we wake up tomorrow with another execution.@NicolleDWallace
pic.twitter.com/10Fa86ACd3

i'm your baby too dad, pick me up pic.twitter.com/XosiOQZLMT

From Barry, a wonderful evolved defense:

The larvae of the angled sunbeam butterfly have a strange shape. When they get angry or startled, they instantly shoot tentacles from the two protrusions on their back and swing them around. pic.twitter.com/Ggvwr8Q88a

From the Auschwitz Memorial, an 18-year-old who lived less than two months in the camp.

Tweets from Matthew. They missed the bear!

The visual system is more sensitive to movement than to stationary stimuli. That's why animals instinctively freeze when they don't want to be seen. Who knows what you might miss because it's not moving? https://t.co/EAyvwoETBI pic.twitter.com/l6nAfsNDBb

Did I post this before? The snow is coming, so try this out.

I’m doing this when it snows 😂 pic.twitter.com/XZWwk4awJt

Lesson: cats don’t much like snow, though some do: