I’m working on a long writing piece, so have had to curtail posts here for a few days. We’ll be back to normal tomorrow.

I don’t think I’ve mentioned this book before, but it’s in a tie for second place among all the fiction I’ve read this year. I’ve reviewed the other two books before: All the Light We Cannot See, a 2014 book by Anthony Doerr that’s the best new fiction I’ve read in several years (my review here), and the book that ties with the one below as second-best, Hamnet, a 2020 novel by Maggie O’Farrell(my review here).  Either of those, or Horse, below, will serve you very well. But if you can read only one book, it must be the one by Doerr, which won the fiction Pulitzer Prize in 2020.

Horse, which came out this spring, is a terrific work of the imagination, weaving past and present around a single famous (and real) eighteenth-century racehorse, Lexington,. The theme is anti-black bigotry, which in the “past” section involves Jarret, the enslaved black trainer of the racehorse, and in the “present” section involves a woman zoologist, Jess, and her black boyfriend Theo. Theo finds a discarded painting of the horse in a Washington, D.C. trash heap, figures out who it is, and uses it for his Ph.D. thesis in art history. That’s how he meets Jess, who in fact is the keeper of the horse’s bones at the Smithsonian, but didn’t know that those bones belonged to Lexington.

And so the past interweaves with the present in short, compelling chapters, with nearly all the fictional characters based on real ones. The story is mesmerizing, though it swerves a bit into wokeness and preachiness at the end; and there’s a tragedy that I won’t reveal. The horse, by the way, is an almost humanlike character in the book, since his character is described in great and winsome detail.

You don’t have to be a fan of horses to love this book, and if you want to read more, go to the laudatory review at the Washington Post.  Click on the screenshot below to go to the Amazon site. 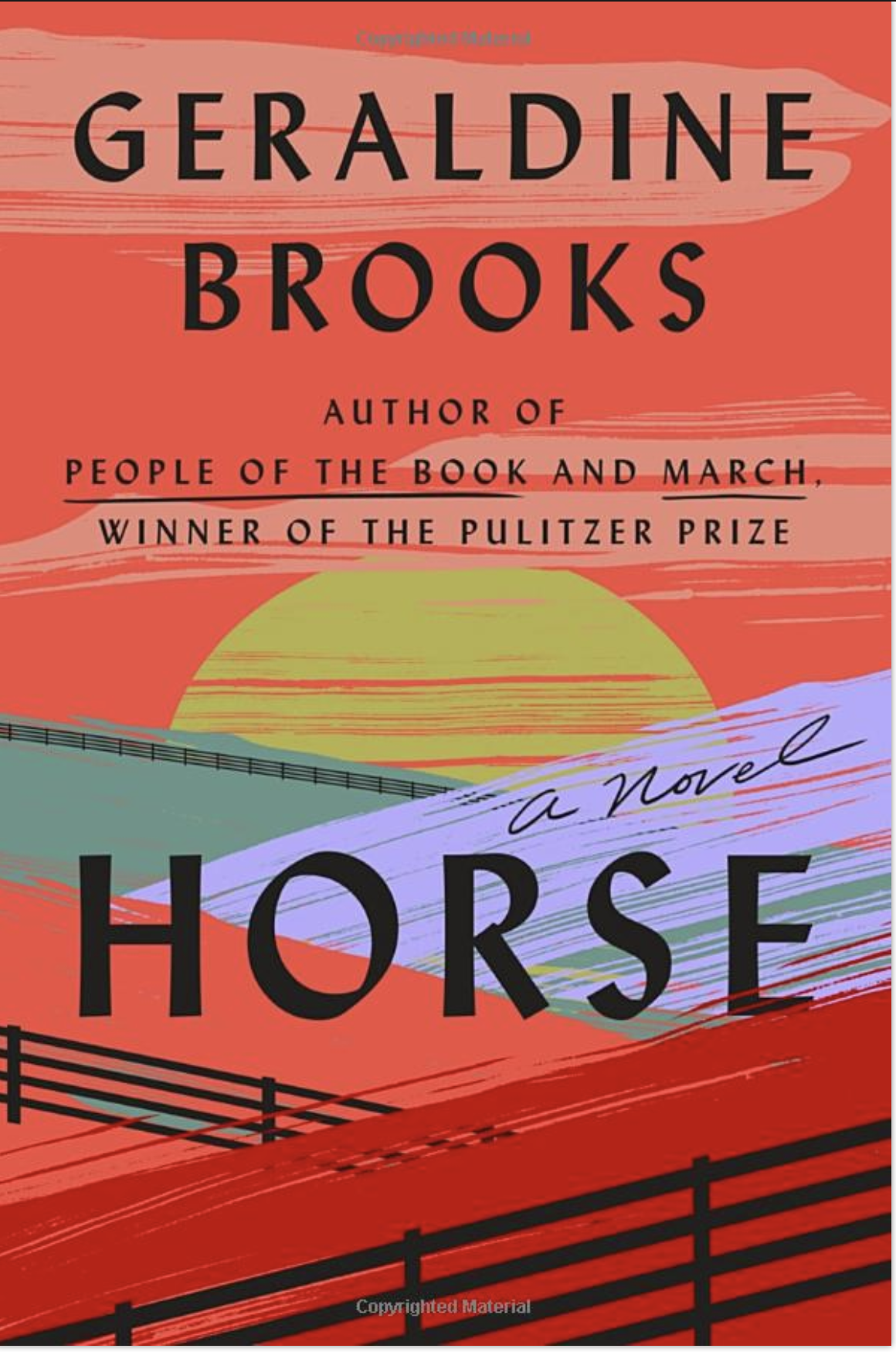 Below is the real Lexington—one of the few existing photos. As Wikipedia notes, “Lexington (March 17, 1850 – July 1, 1875) was a United States Thoroughbred race horse who won six of his seven race starts. Perhaps his greatest fame, however, came as the most successful sire of the second half of the nineteenth century; he was the leading sire in North America 16 times, and broodmare sire of many notable racehorses.” 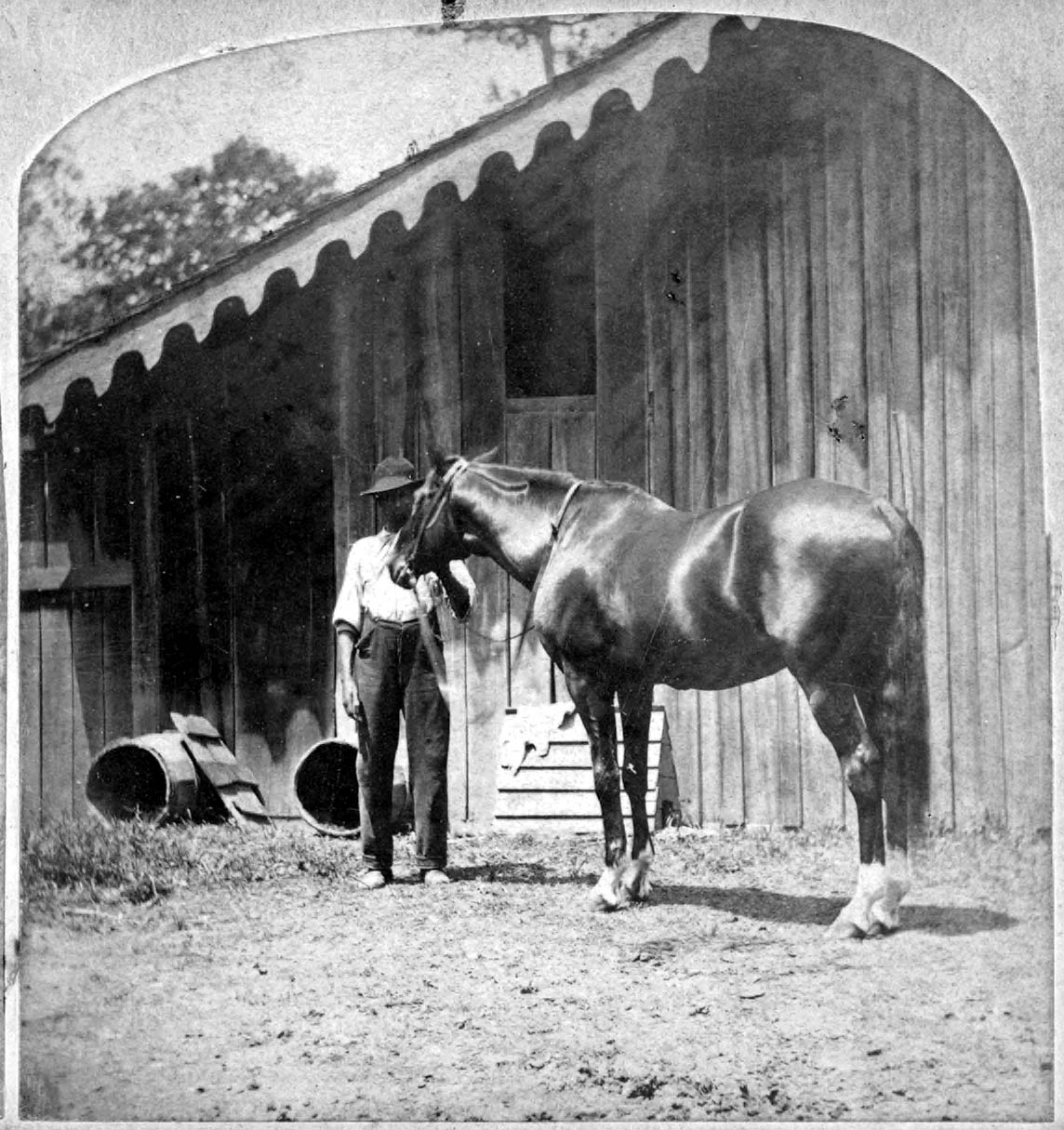 The second book is not in my top three, but is still an excellent read:  Empire of Pain. by Patrick Radde Keefe. This book came out in April of last year, and was, like Horse, recommended to me by my editor at Viking/Penguin, who has impeccable taste in books. It is the story of the Sackler family and the trio of Jewish brothers who founded Purdue Pharma, the company that devised and manufactured OxyContin, a synthetic opioid that, as you may know, got gazillions of Americans addicted to painkillers. Many of them died. The Sacklers, who made billions on this one pill, were also philanthropists who gave millions to museums and universities, always insisting that the family name go on the donated wing or building. They—and especially the eldest brother Arthur—were hard driving and arrogant, but also somewhat polymathic (Arthur, for instance, became an autodidactic expert in Chinese art and built up a huge collection).

The family advertised OxyContin in ways that they knew would get people addicted, and ignored the damage caused by their drug. They were able to fight off lawsuits for years, but finally took a hit (not a big hit given the family’s billions) and declared bankruptcy. But all the Sacklers wound up fine, living it up in mansions around the world. The message: is was no justice.

An immense amount of reportage went into this book. It reminds me a lot of Bad Blood, the fantastic book by reporter John Carreyrou that exposed the duplicity of Elizabeth Holmes and her partner Sunny Balwani, the pair who ran the bogus startup Theranos. (Both will be going to jail for a long time, partly because Carreyrou’s book revealed their perfidy.)  Bad Blood began with Carreyrou’s reporting in the Wall Street Journal, which eventually became a mesmerizing piece of nonfiction (read it!). Empire of Pain started with an article as well: a piece by Keefe in the 2017 New Yorker. It’s extremely well written, and will introduce you to a family of which you haven’t heard, and to the enormous damage caused by their greed.

Click the screenshot to go to the Amazon site. 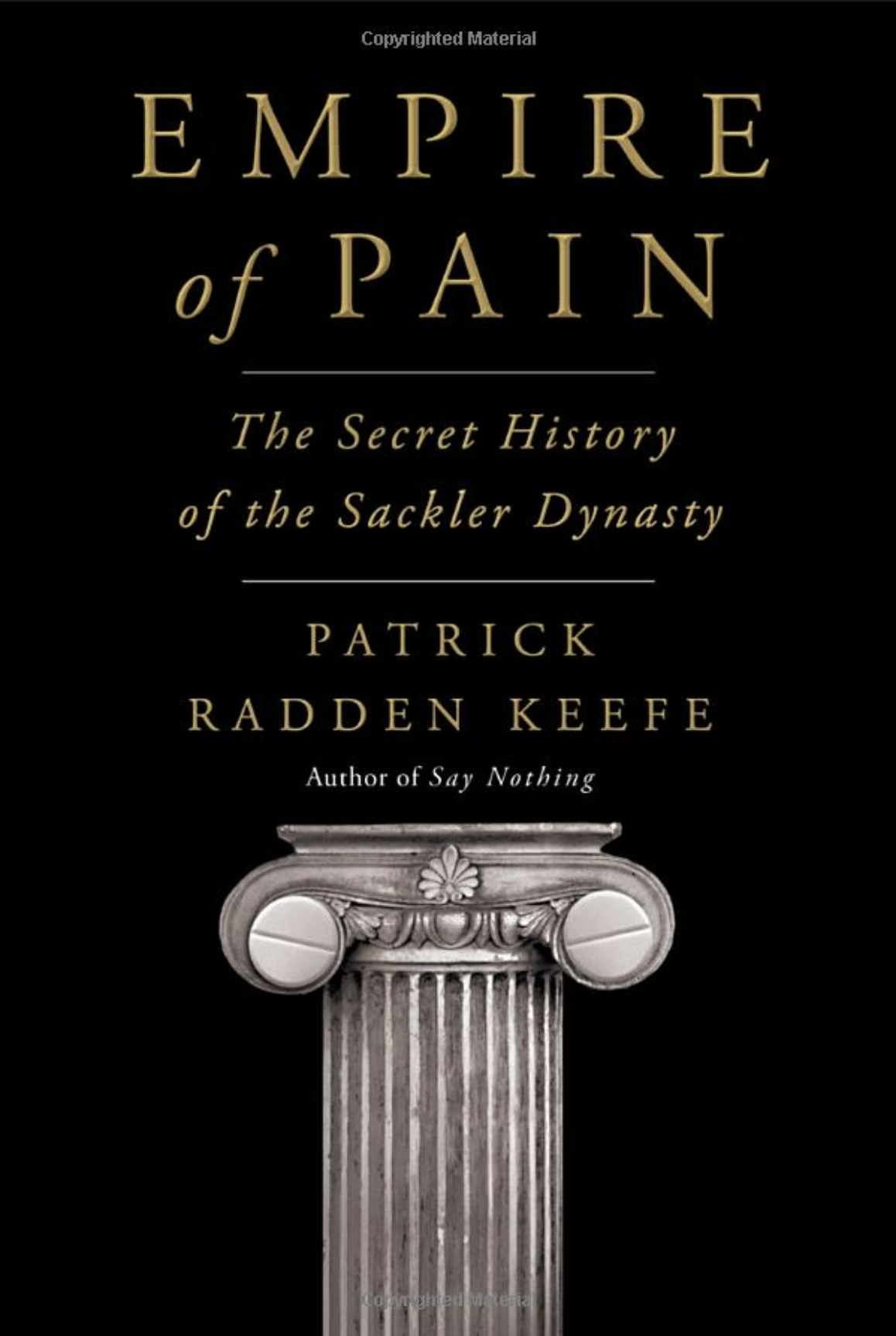 Now, as General Patton said, “You know what to do.”  Let us know what you’re reading, how you like it, and what books you’d especially recommend.