Hamnet, the ninth book by Maggie O’Farrell, was recommended by more than one reader the last time we had our occasional book go-round, and I’m glad it was mentioned.  I’ve just finished it, and recommend it very highly. (Click the screenshot below to see the Amazon site.)  I’d give it an A, and though it’s not quite the tour de force of the last reader-recommended book I essayed ( Anthony Doerr’s All the Light We Cannot See, a Pulitzer winner that you MUST read), I’d certainly place Hamnet above nearly all the contemporary fiction I’ve read lately. I’m surprised I hadn’t heard of the book, though it did win the National Book Critics Circle Award in 2020. 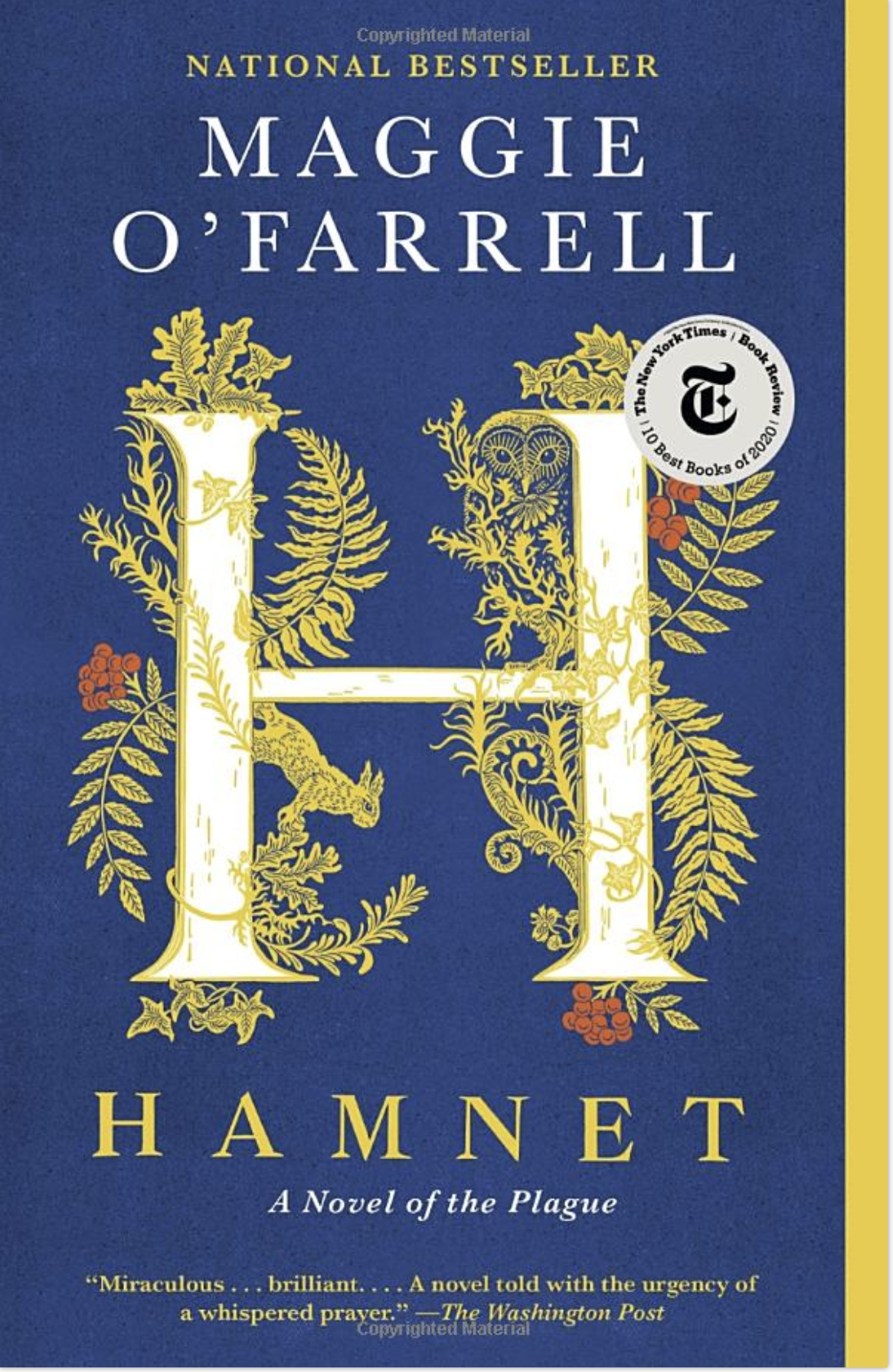 In 16th century England the names “Hamnet” and “Hamlet” were interchangeable, and the Hamnet of the title is in fact the real name of William Shakespeare’s son, who died of unknown causes at age 11 in 1596. The real Hamnet had a twin sister named Judith, who died years later, in 1662.  Anne Hathaway, Shakespeare’s wife, also had an older girl, Susanna, who lived to be 66. The bard himself died at age 52—tragically early.

We know very little about Shakespeare or his family, but these are the facts upon which O’Farrell builds her novel, a novel fantastic in both senses.  While Wiliam hangs heavily over the novel, his name is never mentioned: he’s referred to as “Hamnet’s father”, or “Mary’s son”.  This is deliberate, for O’Farrell centers the novel on his family. Its center is the playwright’s wife Agnes (renamed from Anne) a sprite of a woman who has the gift of divination and healing with medicinal herbs, an a woman who prefers to crawl into the forest to birth her three children alone rather than stay at home with a midwife. The life of the extended family unreels while William is mostly off stage, having moved early to London to do what he really wants but can’t do in Stratford: write and put on plays.

O’Farrell did substantial research for the book, so that, for example, we see Shakespeare’s father as the glove-maker he was, with the nascent bard continually pressured to learn that trade. (The book leaps backwards and forwards in time.) The twins are inseparable—until the plague takes Hamnet, leaving his entire family inconsolable (William is in London, four days away, and doesn’t get home in time for his son’s death. (The short section on how the flea that bit Hamnet came from Italy is a novel in itself.) Hamnet’s death, with its own supernatural overtones, is heartbreaking; its effect on Agnes is the complete evisceration of her character, so that she can do nothing but lie abed and ponder her dead son.  Judith is hard hit as well, but we don’t learn the depths of the father’s despair until he writes a play with the title being a variant of Hamnet’s name.

It is when Agnes learns of this play and its title that the novel reaches its apogee, but I won’t reveal what happens lest I spoil the narrative. All I can say is that this is a book in which you can run a gamut of emotions on nearly every page. Someone asked me if the book was a “sad one”, and I didn’t know what to answer. It is sad in the way life is sad, leavened with moments of wonder and joy, and the sadness is redeemed in the end.  Yes, there’s a bit of the supernatural in Agnes’s divinations (she can tell a lot about someone merely by pinching the web of skin between their thumb and forefingers), but by and large it’s about life in 16th-century rural England, all overshadowed by an absent father scribbling away in London.

I loved the book and recommend it highly, just a notch in quality behind All the Light We Cannot See, but I still give it an A. I’m surprised that it hasn’t been made into a movie, for it would lend itself well to drama. I see now that in fact a feature-length movie is in the works, and I hope they get good actors and a great screenwriter.

I am now reading another book recommended by a reader, and the comments on posts like this one have been a valuable source of reading material—both fact and fiction. If you please, do tell us below what you’re reading now, or what you’ve read lately, and how highly you recommend it. Don’t forget any books you want to warn us off of!