The recently-posted video below (click here or “watch on YouTube” shows a cougar (“mountain lion”) playing with a children’s swing made of logs.  The YouTube notes:

The Wichita Eagle has the story:

The funny side of Colorado’s fierce mountain lions was caught on a trail camera, when one suddenly realized the log it was sleeping under was a tree swing.

This discovery was made when the big cat touched the seat and it began to sway.

The video, posted Sept. 6 on YouTube, shows the predator was at first startled, then became completely charmed by the back and forth motion.

Thaddeus Wells recorded the video the first week of September near Black Hawk, a town about 40 miles northwest of Denver. He built the swing hoping to see bear cubs, but instead got a mountain lion acting “like a kitty cat.”

“When I saw this reaction to the swing I laughed and fell in love with her. Who wouldn’t?” Wells told McClatchy News.

“You can see her mind at work. She seems surprised to find that it moved at all and then surprised to see it swings so far as to hover over her. She really focuses her attention on it for some time. It’s edited to remove stuff like her tasting and biting the swing.” The mountain lion had been feeding on a deer prior to the discovery, he said.

The mountain lion had been feeding on a deer prior to the discovery, he said. The swing is near a spring, so the area frequently attracts wildlife in search of water.

“After four days of feasting, she was displaced by three bears who … spent the night at the spring while they devoured what remained of the deer,” he said.

“I have never seen so much bear poop in one location before. They tend to poop wherever they sleep and they slept there for several days.”

Mountain lions — also known as cougars, panthers and pumas — are native to Colorado. It’s estimated as many as 7,000 roam the state, and males can grow to 150 pounds, according to Colorado Parks and Wildlife.

Wells says the one seen playing with his swing was young but looked bigger due to a swollen jaw. He suspects the ill-fated deer may have kicked it in the face.

“This is just a hobby for me. Four years ago a mountain lion took down a deer in my actual backyard and then it was savaged by coyotes …” he said. “That led me to put a camera on it to see what else was going to happen.”

A black panther is really the melanistic form of a jaguar, leopard, or cougar. Since this one was Asian, it’s probably a black leopard. Here’s a video from FB showing a beautiful black cat, Luna, who was rescued after her mother refused to feed her.  Amazingly, the cat became friends with the rescuer’s Rottweiler, Venza.

Look at these animals play with each other.  With those big teeth, I’d be worried, but neither the staff nor the d*g seem to worry!  The video implies that some day Luna may have to find another home, which is sad.

This site, Stampboards.com, is a stamp collectors’ site, and the page below (click to see lots) has a great selection of CAT STAMPS. I’ll show a few

Big Cat posted this one.

Switzerland issued this stamp last year to mark the Locarno Film Festival. I would love it to be a jaguar (it would look great in the exhibit I’m working on

), but I rather think it’s probably a leopard. Can anyone confirm? 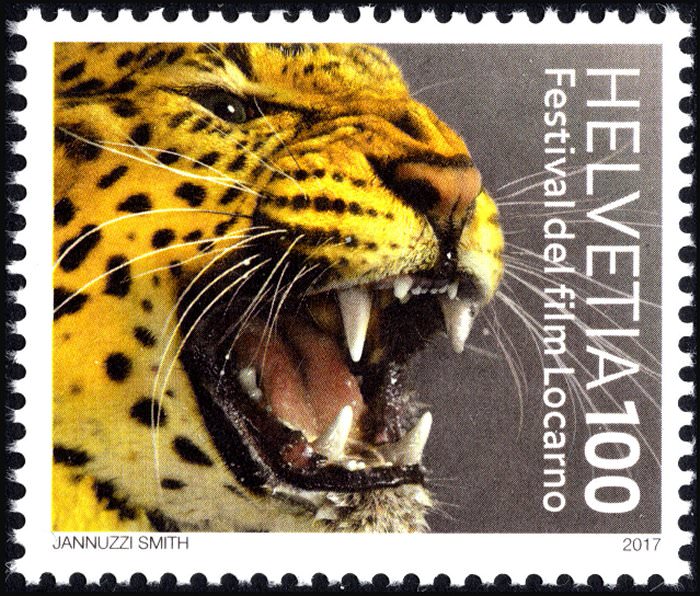 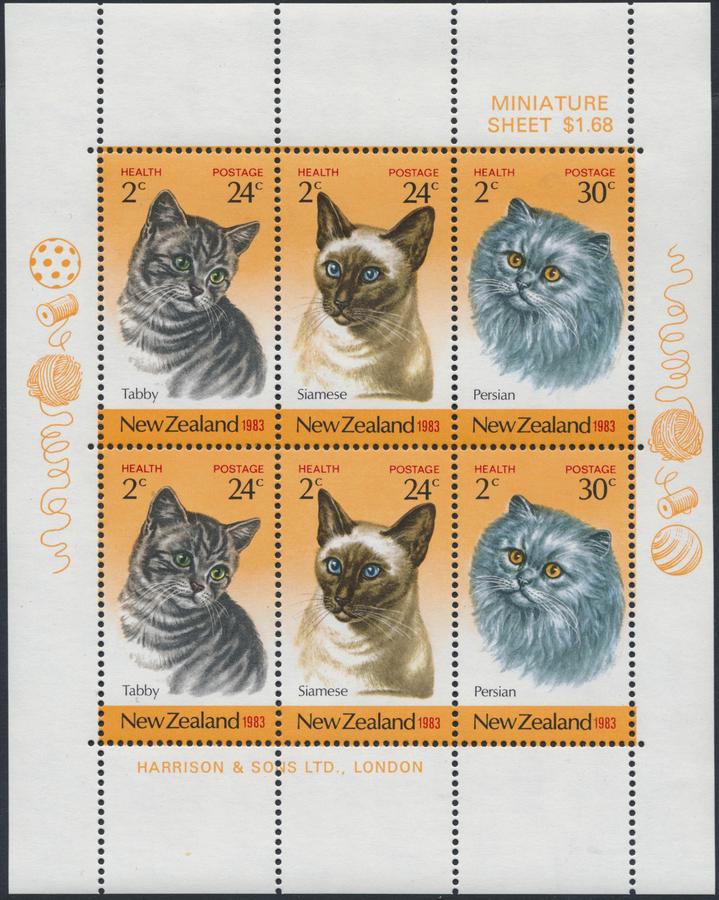 From CMJ: one stamp on a sheet: 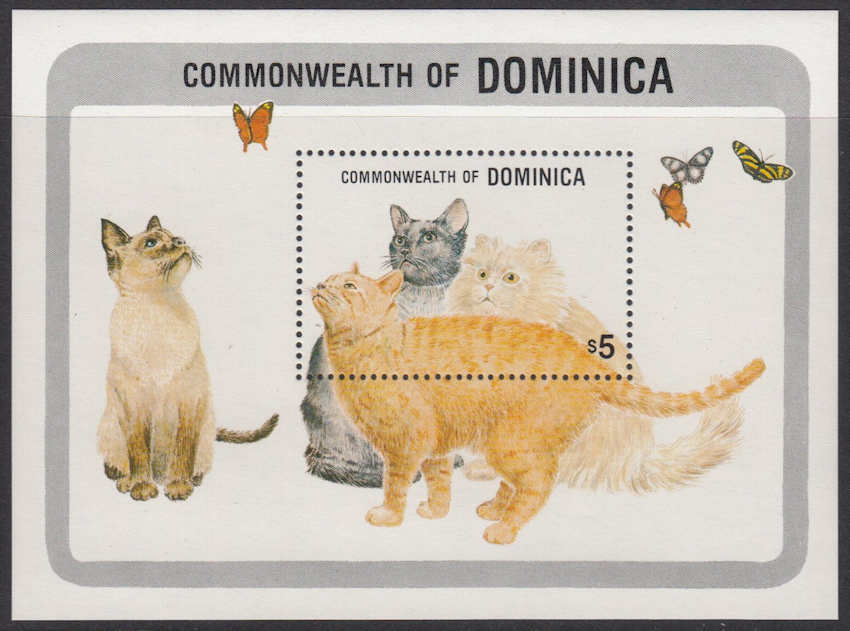 Also from CMJ, stamps from the Marshall Islands: 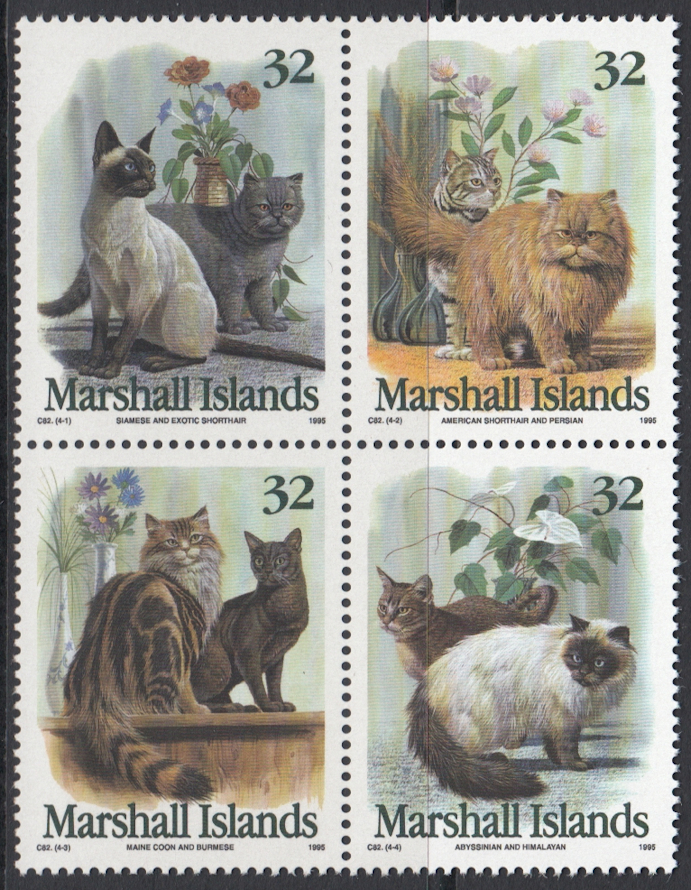 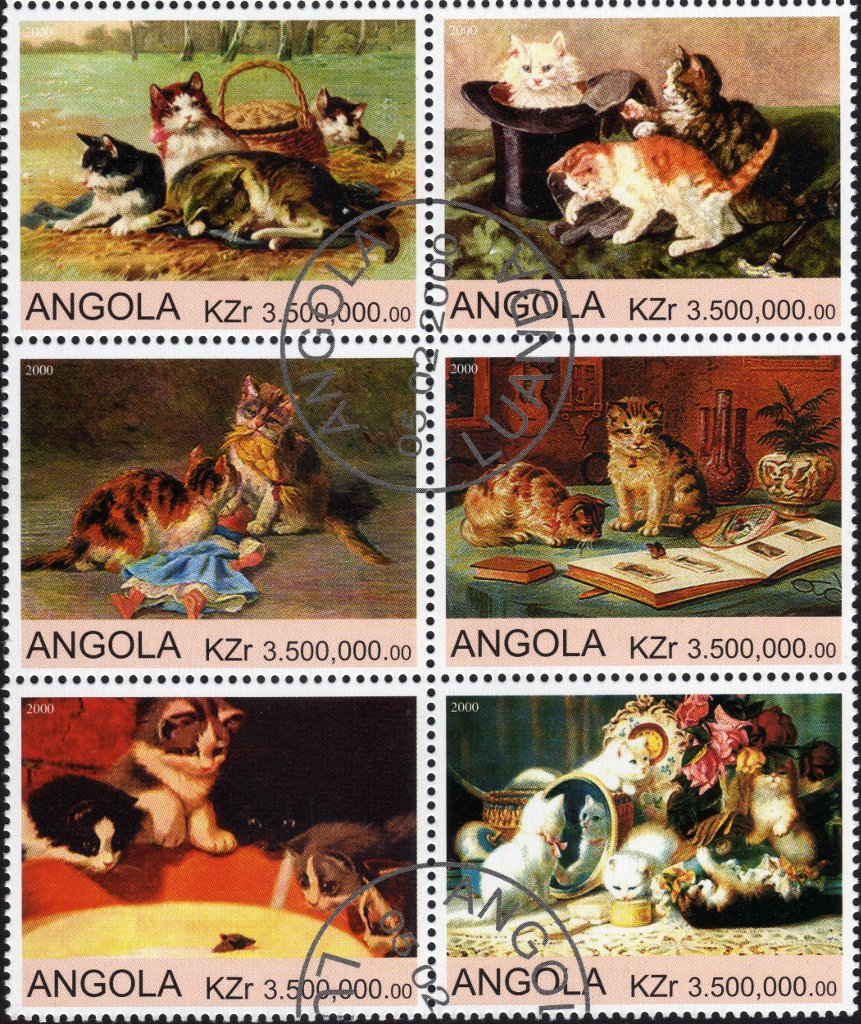 Posted by uncanadago, a lovely stamp from Japan: 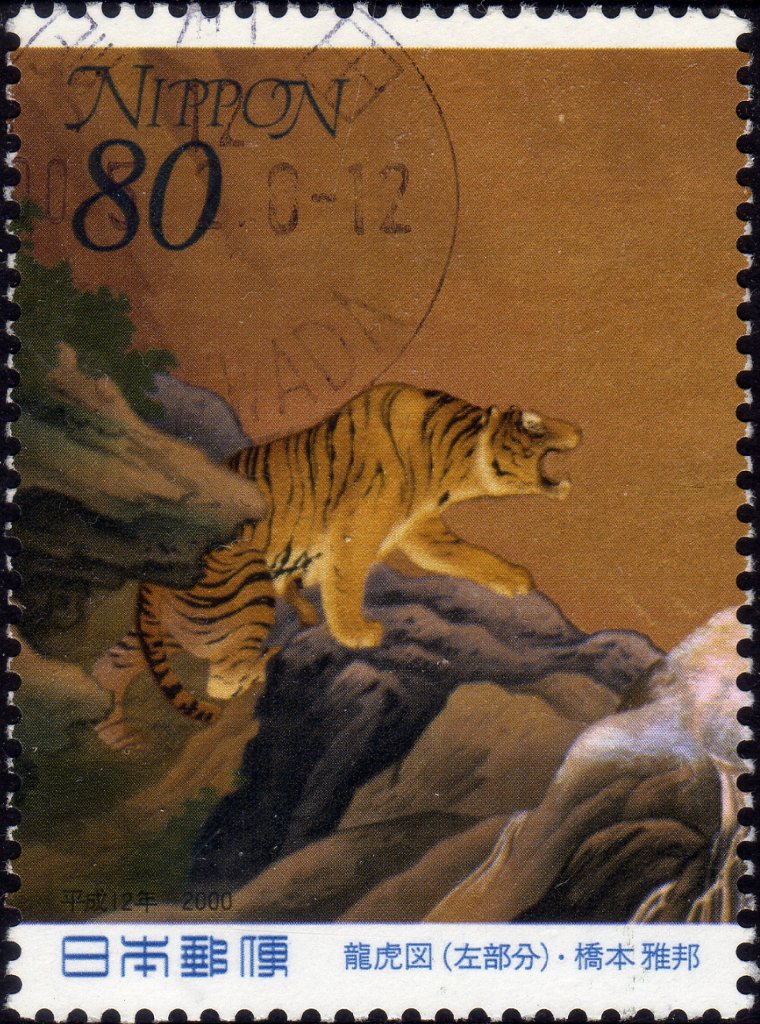 A German stamp from lesbootman; “For the children”: 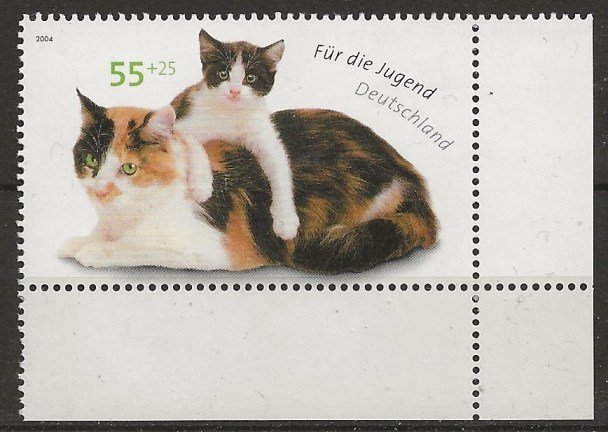 And from Monaco, Baudelaire avec les chats, posted by jps55liquefy.  Perhaps this refers to his poem “Les chats” from Fleurs du Mal: 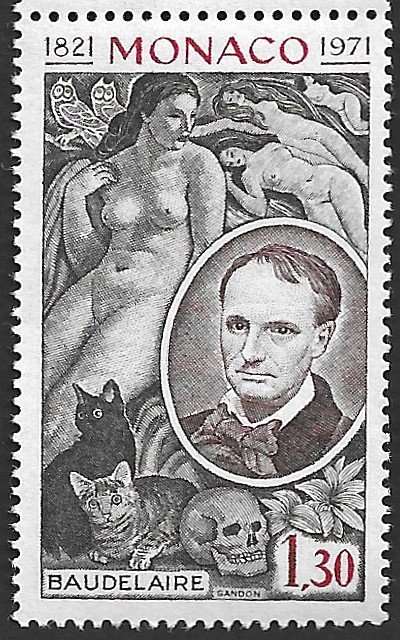 Lagniappe: Two kitties are missing part of their front limbs: one has no forelegs at all and the other is missing paws and is also hyrocephalic. The legless one can hop on its own, and the will probably need surgery to put a plate in its head. But they’re well taken care of and seem to be enjoying their kittenhood.