Yesterday I discovered that Davis has an In-N-Out Burger, a chain highly extolled by food experts like Anthony Bourdain and Gordon Ramsey (see below). It’s not found anywhere outside of California, Nevada, Arizona, Utah, Texas and Oregon, so I haven’t had one in many a moon.

After this discovery there was nothing else for me but to take my host to this joint for a late lunchl. There were two of us and this our visit.

First, the location, right off the freeway (I-80). It’s a pleasant sunny spot, and the restaurant is bright and spotless. If you’re driving from San Francisco east, hop off at the Davis exit and get yourself a burger. 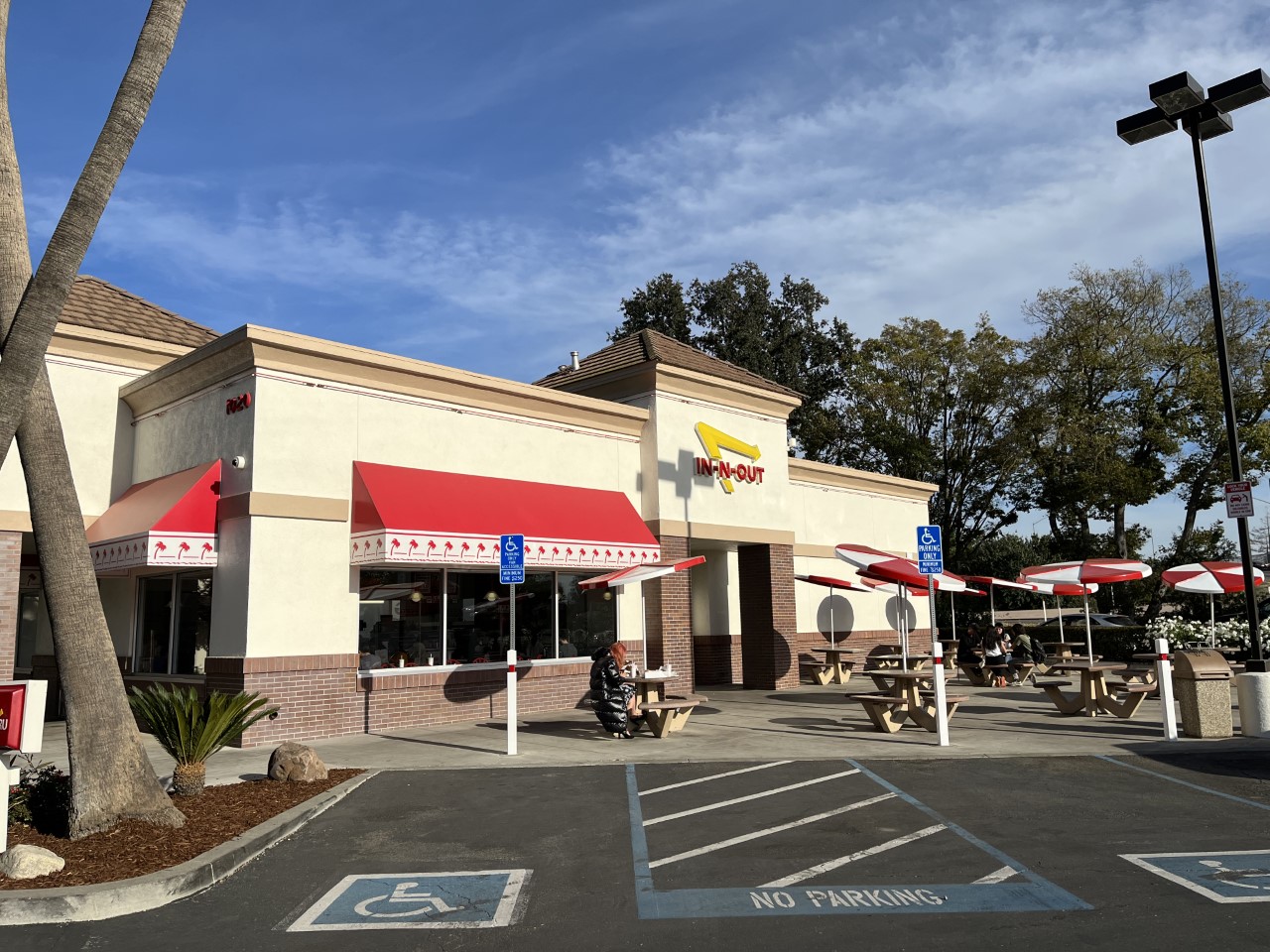 A pano of the inside.

The menu below looks limited, but there’s a whole slew of stuff not on it—the so-called “secret menu” (see it here). You can get root beer floats, grilled cheese sandwiches, get your fries or burgers “animal style”, and have that burger prepared a gazillion ways. 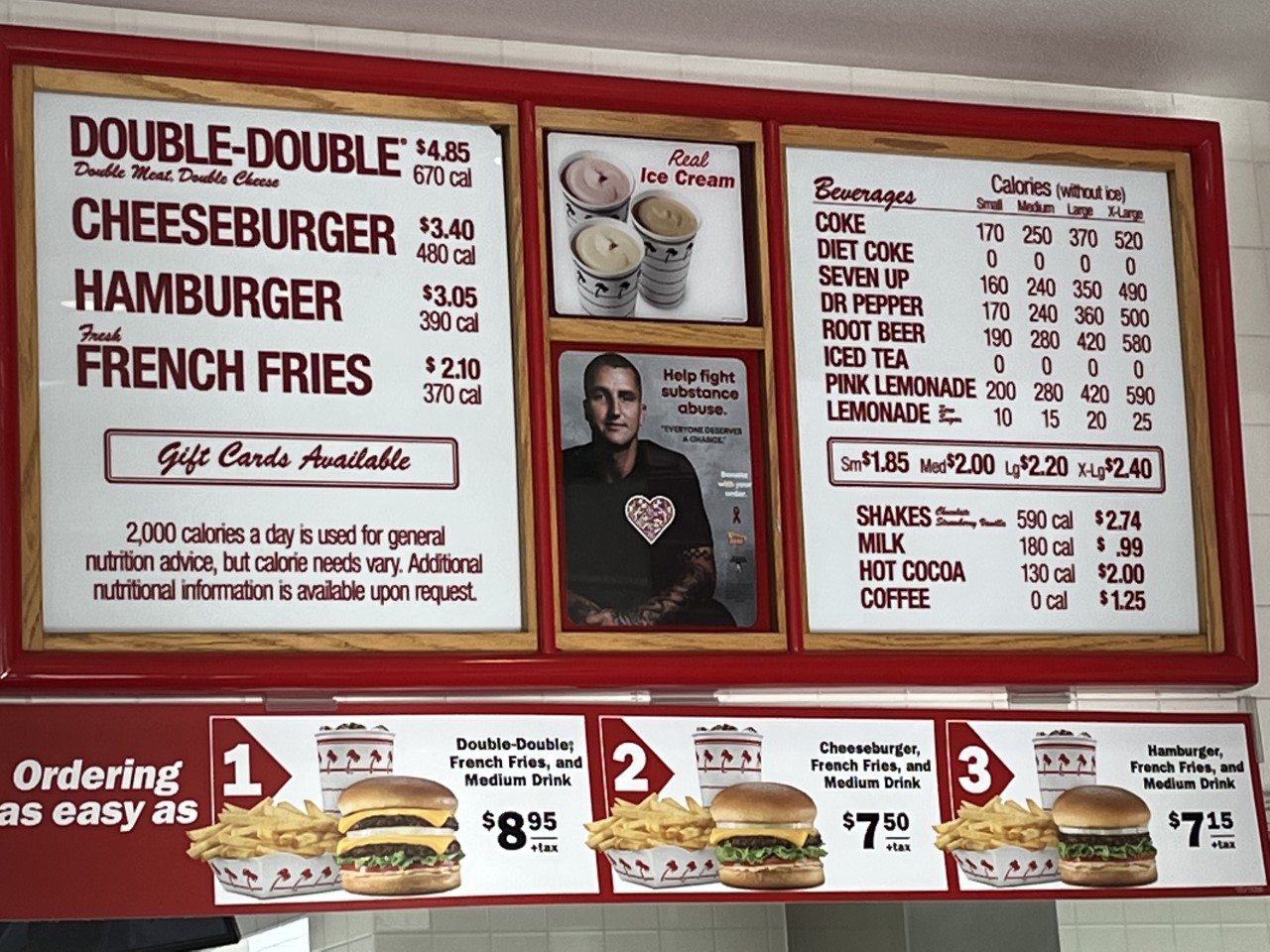 Below: our order. My friend Phil’s is on the right side: a hamburger served animal style and fries cooked animal style (fries prepared this way on the secret menu).

Mine on the left: the famous “double-double”, animal style, medium well (they don’t do medium rare) with lettuce, tomato, and grilled onion, and regular fries. Phil had lemonade on the side, and I had a root beer float (from the secret menu). 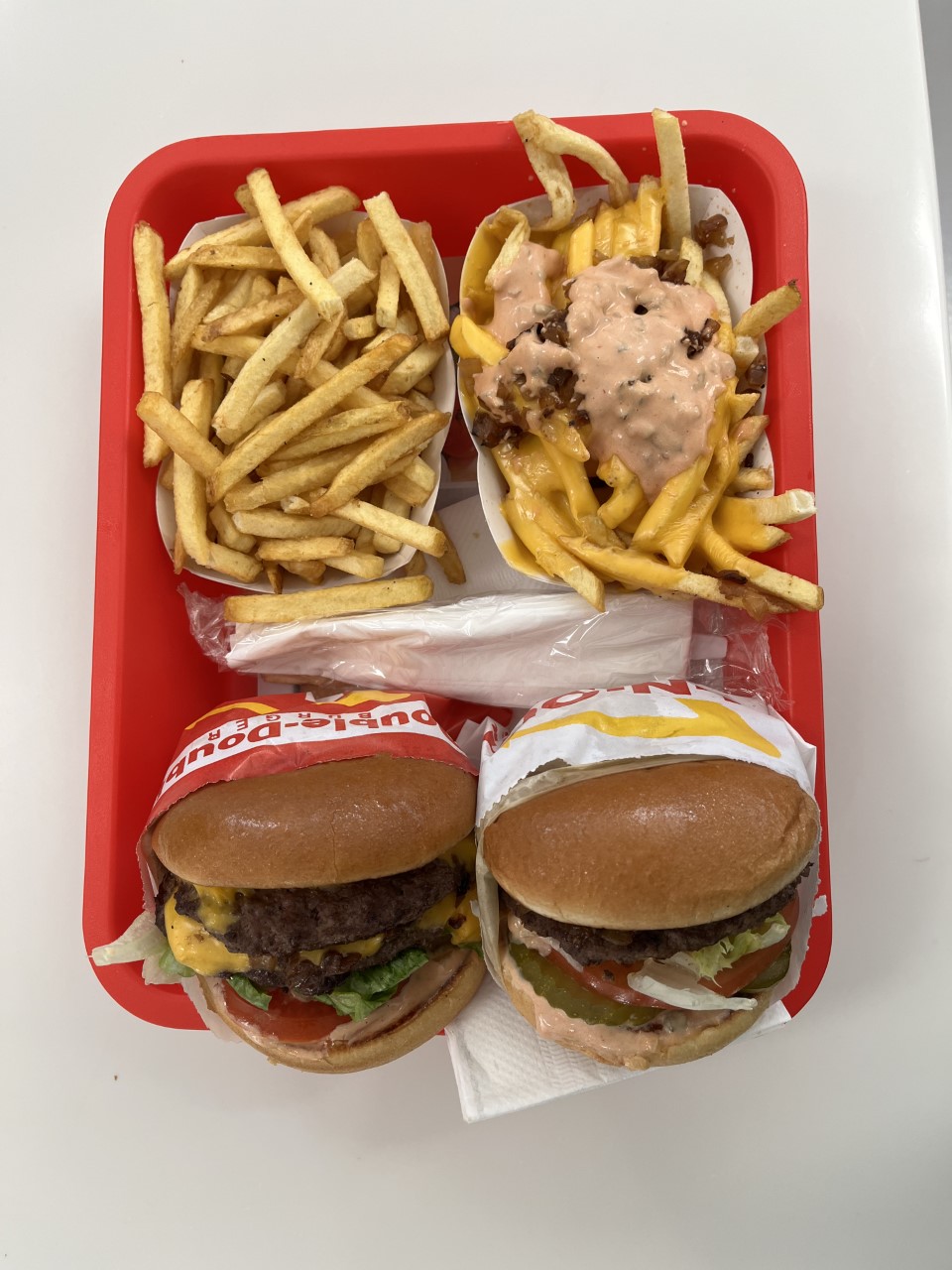 A double-double, animal style. As Bourdain argues below, this is a work of culinary art. Look at that thing: veggies on the bottom, where they should be, and fresh (the potatoes are also cut from fresh spuds and fried on site), two patties of proper size with American cheese, and a schmear of “animal sauce” (sort of like Russian dressing) on the bottom. The regular animal style burger has raw onion, but I like mine grilled. 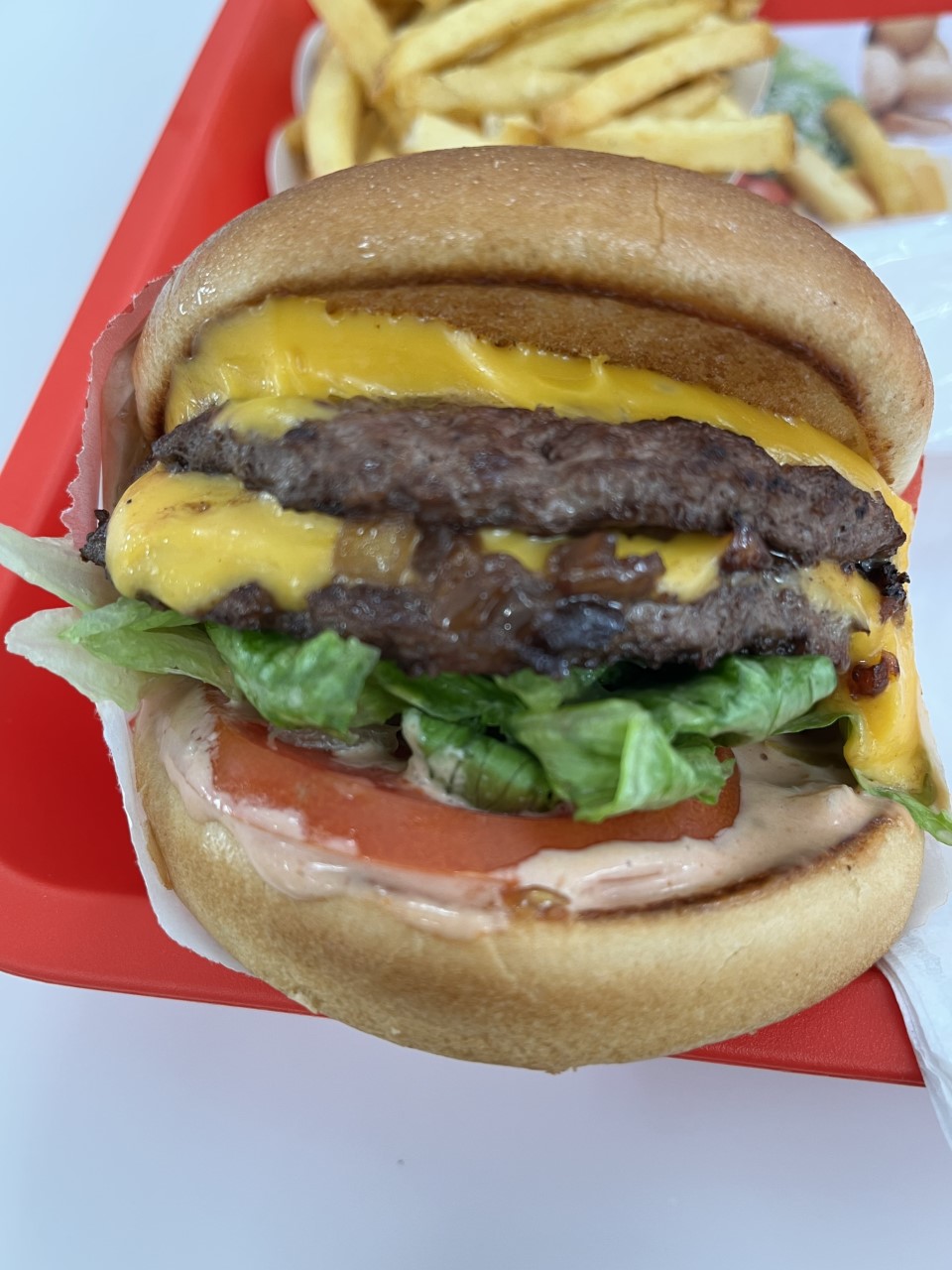 My first bite: a cheeseburger in paradise! 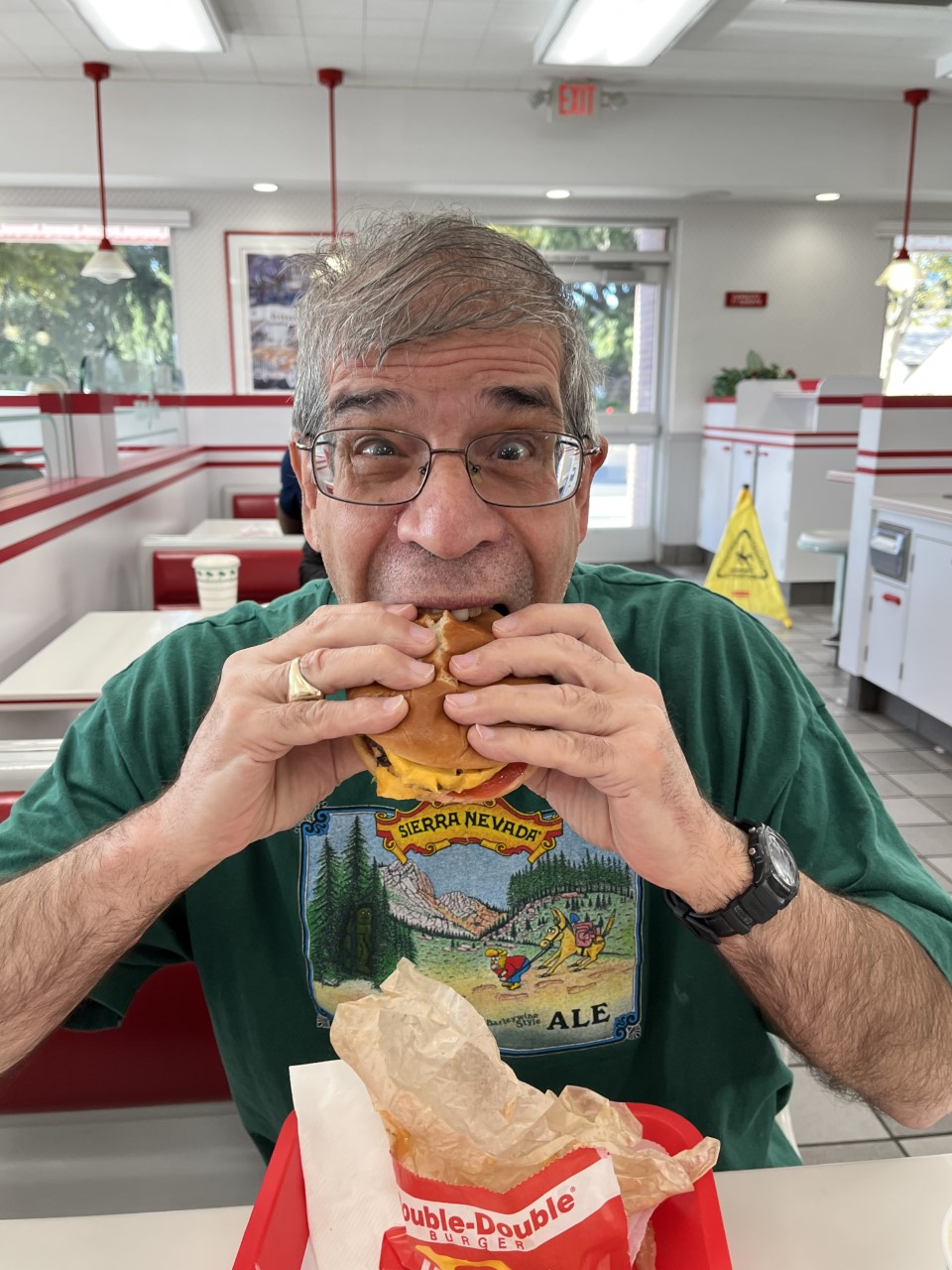 And my root beer float, half root beer, half soft-serve ice cream. It was a better accompaniment than a milk shake (they do those, too), as it was lighter: a hybrid between a milkshake and a soft drink. 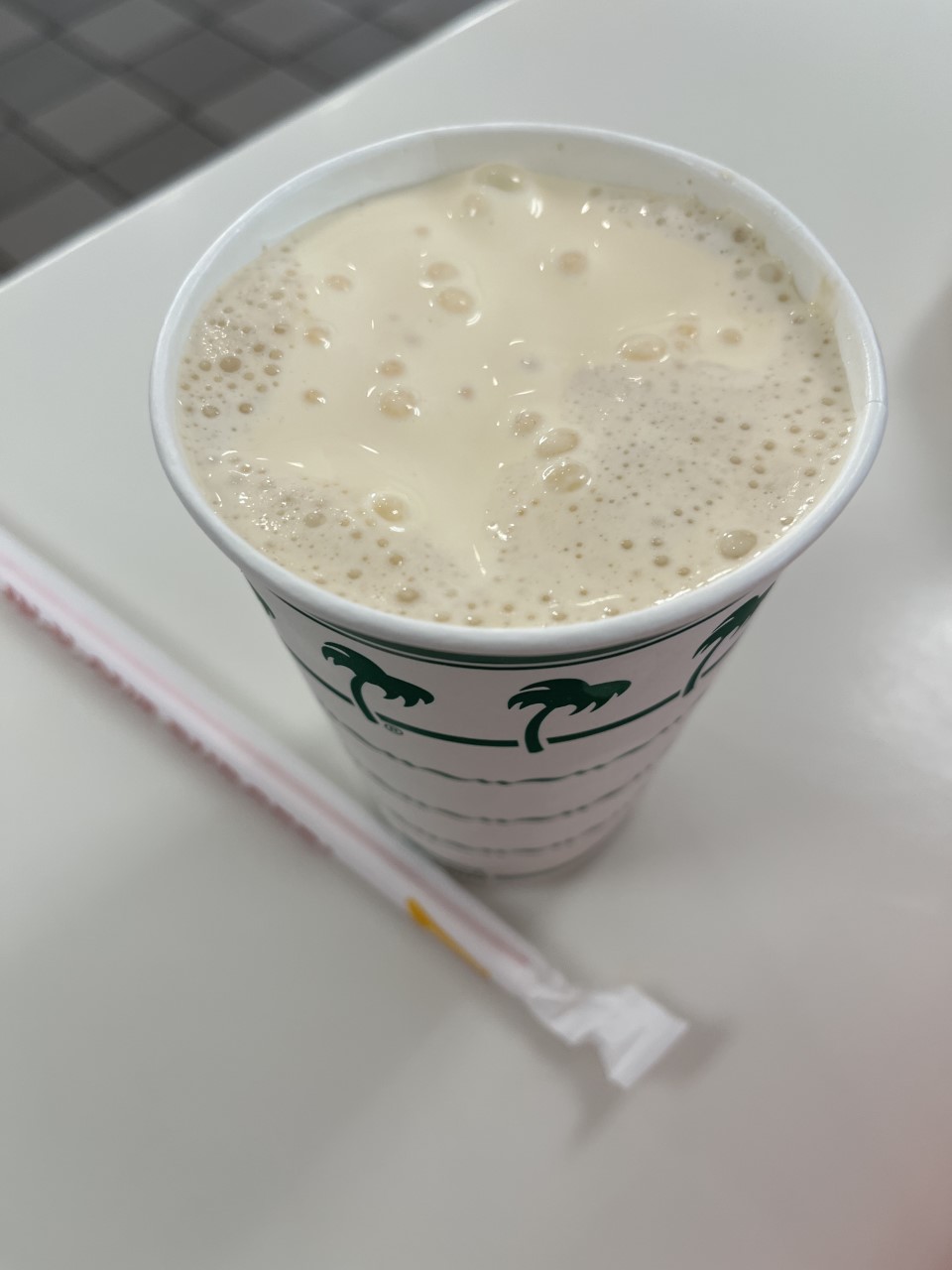 The experts weigh in:

I put this short video up the other day; it’s Anthony Bourdain extolling the virtues of In-N-Out burgers (he’s eating a double-double, animal style). Note his claim that this is his favorite restaurant in Los Angeles.

And here’s Gordon Ramsay, who names this the chain as purveyors of favorite fast food, and also praises the double-double, animal style.