Halloween is supposed to be outrageous, yet every year there’s a new list of offensive things we shouldn’t do.

Maher takes on the “offensive costume lists” that proliferate at this time of year, including Jeffrey Dahmer costumes, Queen Elizabeth costumes, Elvis costumes (he was accused of pedophilia), no Handmaid’s Tale costumes (too timely), no zombie costumes of dead celebrities, no hobos (homeless people), no cross-dressing as the other sex, no Putin costumes, no Trump costumes, no costumes related to covid or vaccines. There goes all the fun!

At the end, Maher puts on his own choice of costume: the “uber-Woke, overly anxious, perpetually offended twenty-something” outfit.  It’s a good one, but watch for yourself.

Here’s one of the lists that Maher mocks, from BuzzFeed (click to see which costumes are verboten): 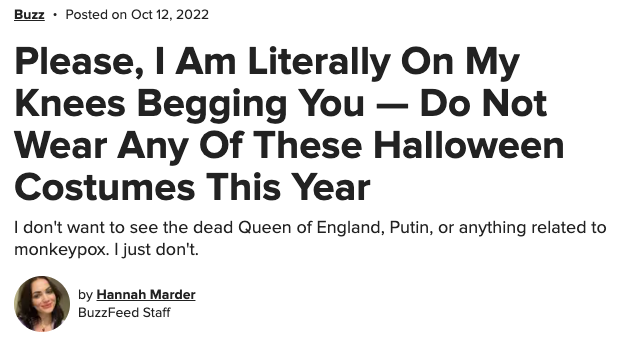 Here’s one you shouldn’t wear. WHY NOT? 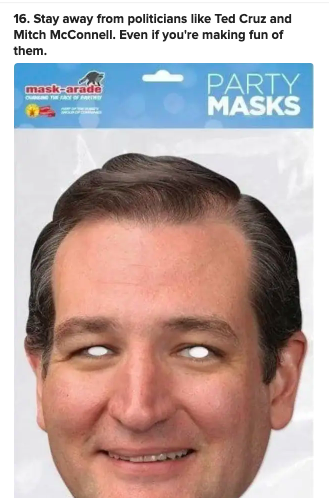 And another. Why can’t you be a cop? Because, of course, ACAB! 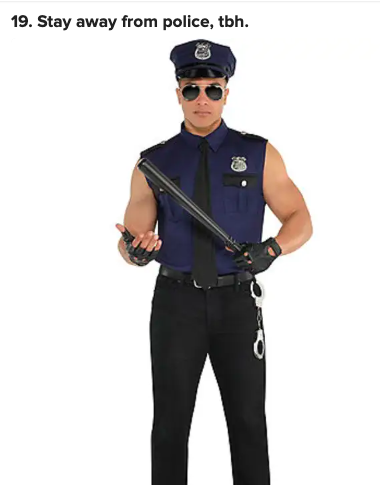 19 thoughts on “Maher on Halloween costumes”