Good morning at the top o’ the week: Monday, October 31, 2022. It’s HALLOWEEN, and Google has a special animated game you can play, the Great Ghoul Duel (click on the screenshot; I haven’t played it):

Celebrations related to Halloween today include:

Protip: avoid all candy that looks like this. Those are aposematic (warning) colors indicating a toxic substance. A video I’ve posted below shows you the only proper thing to do with candy corn, as they call this “confection”: 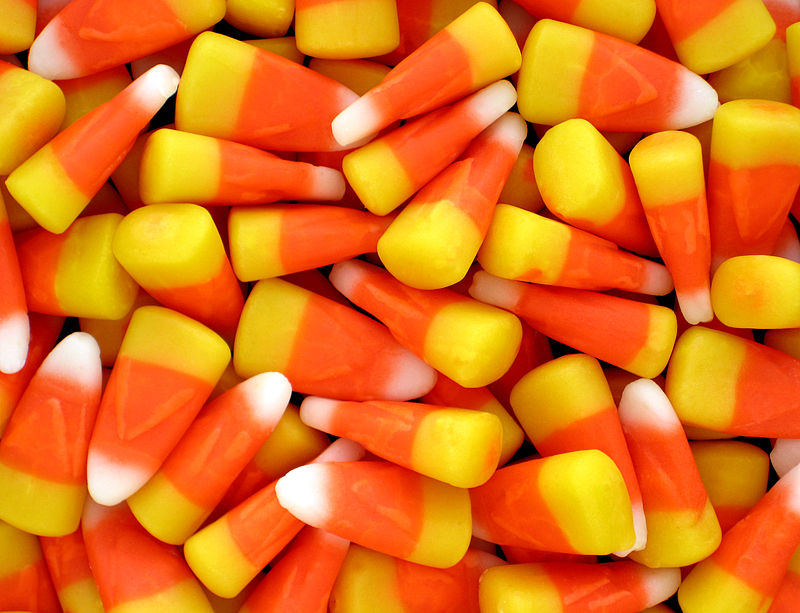 Readers are welcome to add in the comments any notable events, births, or deaths on this day; you can consult the October 31 Wikipedia page.

*Today is the big day that affirmative action gets its hearing in the Supreme Court, with oral arguments for the two cases at issue—those involving Harvard and North Carolina—taking place between 10 and 12:30. You can watch them live here (the times below given are presumably Eastern US time. I wouldn’t miss them, because there is likely to be fireworks.

*This is not an op-ed but a news piece from the Washington Post, reporting on racial and gender inequities in lawyers who argue before the Supreme Court. (Click to read). As you might expect, the lawyers who argue before a “historically diverse court” (I believe they use the first word to slam Clarence Thomas) do not “look like America”.  Read for yourself.

*Ezra Klein in the NYT asks, “Do the Democrats deserve re-election?” He answers the question using three planks in Biden’s platform:

I find it useful to think back to the three interlocking promises Democrats ran on. First and foremost, they ran on bringing competent, concerned governance to Covid. Second, they ran on a Franklin Roosevelt-size legislative agenda, believing this a Great Depression-like moment of rupture that demanded a new vision of what the state could and must do. And they ran vowing to restore the soul of America, to reestablish a civic promise and communal decency that Donald Trump and the Republican Party never understood and regularly betrayed.

On covid: Klein says “the record is more mixed than I wish.” He lauds Biden for the immediate reaction to the pandemic, but faults him for what has been left undone.

Biden’s performance in enacting his legislative agenda is also mixed:

There were two sides to Biden’s long-term agenda: construction and care. The construction side — decarbonizing the country, building and repairing infrastructure, and investing in semiconductor production and scientific research — largely passed. And much of what passed is thrilling.

But the care side of Biden’s agenda — universal pre-K, the expanded child tax credit, subsidies for child and elder care, paid leave — collapsed almost entirely (the sole exception being an increase to the subsidies under Obamacare). Was that inevitable?

. . . Still, if you’d told me in 2020 that the next Democratic president would have a 50-50 Senate, with Manchin as the hinge vote, and a House margin of just a handful of members, I would not have predicted that the Democrats could pass more than $400 billion in climate investments or significant corporate tax increases or the most important infusion of cash and capital into scientific research in a generation.

. . . That leaves a criticism that I think is fairer: The Biden administration and congressional Democrats have had a the-more-the-merrier approach to every piece of legislation they’ve pushed. One reason the expanded child tax credit expired quickly was that the rescue plan was stuffed with so many policies, all of which needed funding. One reason Build Back Better was hard to defend was that so much was jammed into the package that the main thing anyone knew about it was its $3.5 trillion price tag. The push for a package of democracy reforms was similarly unfocused.

Finally, Klein sees a mixed record on “restoring the soul of America”:

Biden always framed 2020 as a fight for America’s soul, not just its steering wheel. This is harder to assess. I’ve never believed he thought he could knit together a divided nation. He’s an optimist but not a fantasist. On a more literal level, he’s done what he promised — he has run a low-drama, low-scandal White House and comported himself with dignity and grace.

But Biden has also run a relatively quiet administration. He gives comparatively few interviews, news conferences and speeches. He has filled the office Trump vacated but not the space Trump took up in the national conversation. I have argued that Biden’s laid-back approach is, in some ways, a strategy: By letting Trump and his successors fill the airwaves, Biden and the Democrats remind their voters what’s at stake. But this strategy runs deep risks. Biden’s low-drama approach to leadership leaves room for Trump’s high-drama antics.

What can be said, I think, is this: Biden and the Democrats got a lot done, despite very slim majorities. They rolled out vaccines and therapeutics nationwide but we remain far from finishing the job on pandemic preparedness. They have run the government in a dignified, decent way, but we remain far from turning the page on Trump.

*Pamala Paul’s latest NYT column, “The season of dark academia,” is about two types of “dark academia”: the darkness embodied in parts of fictional academics, like Harry Potter stories or “The Dead Poets Society”, the goth students, and then the really dark parts: the sad truths of academics today:

It may be that the very real world of academia feels a little too dark and unhappy of late. The towering, all-powerful professors of yore are now often adjunct or contract instructors, with lower pay and tenuous job security. In 2004, 17 percent of four-year institutions said that they had replaced tenured positions with contingent appointments. In 2022, that figure was 54 percent, according to a study by the American Association of University Professors. As of 2020, about 62 percent of faculty members who teach were on contingent appointments.

Poverty, alas, doesn’t quite capture the romantic ideal of dark academia, but it is a reality for many in higher education. Around a third of adjunct professors earn less than $25,000 a year, according to one 2020 report. Grad students, who have been fighting to unionize in recent years, may earn as little as $10,500 a year. Meanwhile, students increasingly worry whether they will be able to earn enough to pay off the massive debt they took on to pay for their educations.

Such concerns may be in part responsible for skyrocketing mental health issues among students. In 2018, more than 60 percent of college students said they’d experienced “overwhelming anxiety” in the past year. Over 40 percent said they felt so depressed they had difficulty functioning. It is widely believed that the pandemic has only exacerbated such trends.

*Columnist Dana Milbank at the WaPo: “American Jews start to think the unthinkable.” What is the unthinkable? Fleeing the U.S. because of anti-Semitism:

The fear of exile has become common as Jews see the unraveling rule of law, ascendant Christian nationalists and anti-Israel sentiments turning antisemitic on the far left. Wondering where Jews might move “is among the most frequently asked questions that I get,” Jonathan Greenblatt, head of the Anti-Defamation League, told me.

Incidents of antisemitic harassment, vandalism and assault nearly tripled between 2015 and 2021, the ADL reports, and it says 2022 attacks are on pace with last year’s record level. This week was the fourth anniversary of the Pittsburgh synagogue massacre, which was followed by other synagogue attacks in 2019 and earlier this year. One in 4 U.S. Jews has experienced antisemitism in the past year.

The leader of the Republican Party, who remains the top presidential contender for 2024, reacted to Ye’s attacks on Jews by saying, “He was really nice to me.” Donald Trump compared Jews unfavorably to “our wonderful Evangelicals” and warned Jews to “get their act together and appreciate what they have in Israel — Before it is too late.”

There’s no doubt that anti-Semitism is rising, prompted by both the Left and the Right, but I ain’t leaving (my status as an atheist won’t protect me should a pogrom come, however). It’s enough for me that Americans learn to recognize anti-Semitism and realize that it’s the same thing as “anti-Zionism.”

Meanwhile in Dobrzyn, Hili gives us some wisdom:

Hili: Rich people have more problems.
A: Why?
Hili: They can afford them. 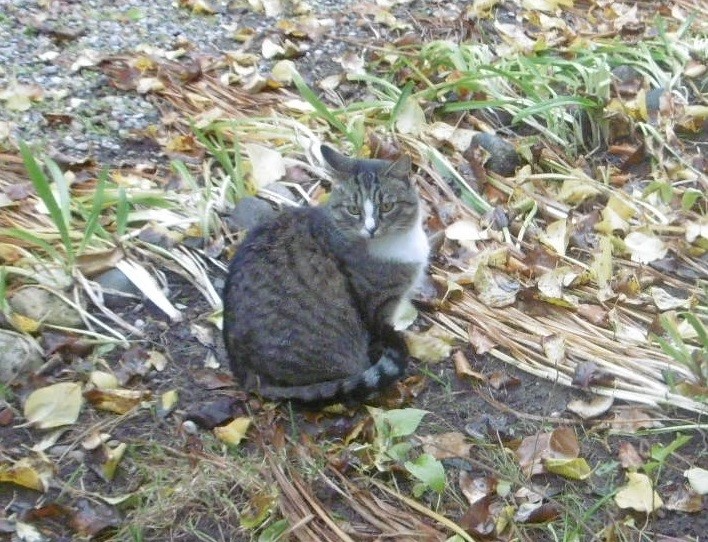 From David (I don’t know the cartoonist): 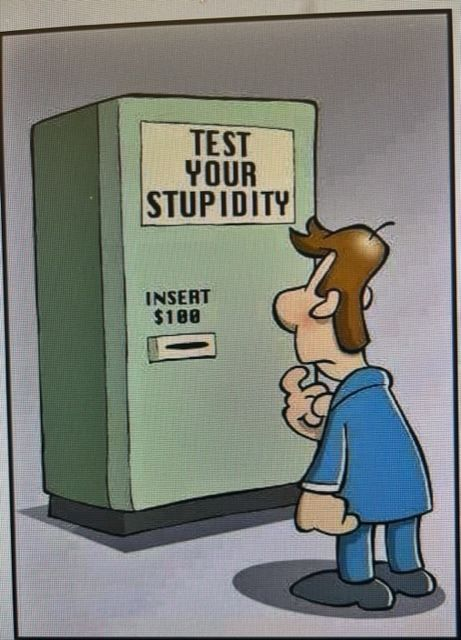 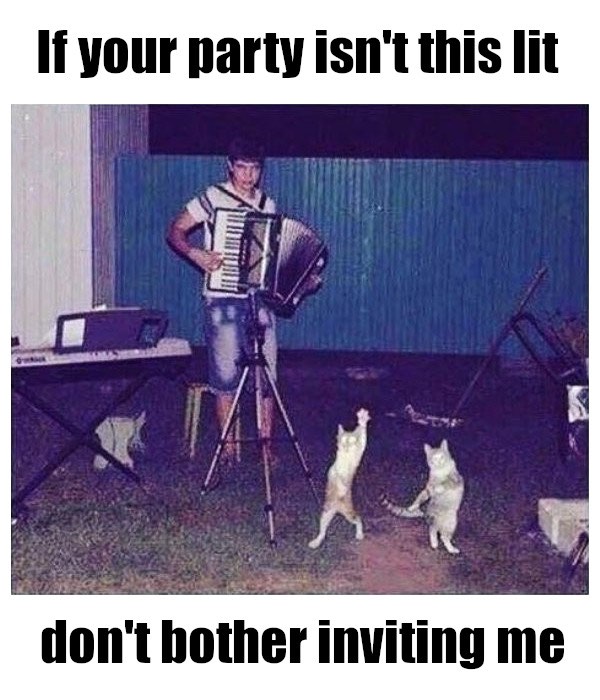 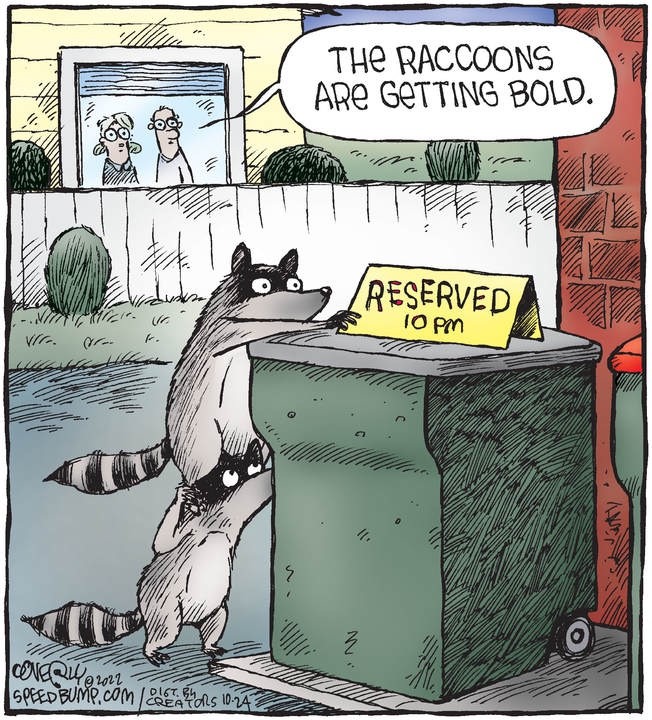 From reader Killian: A chemist shows us the proper use of candy corn. (Killian agrees that the stuff is “vile”.)

The Nooz (good and bad) from God:

The bad news: climate change threatens one in every three species with extinction.

The good news: you're one of them.

From Masih, who gets all the videos from Iran. Good news this time: solidarity. I think the woman who’s unveiled is handing out candy. Sound up!

This is how we win. Hope over darkness.
Despite an estimated 300 killed and 14,000 arrests, students are back on the streets in Mashhad, Iran, this time fist bumps and hugs.
The girl who took the vide says; heartwarming to see men are with us. We are no longer alone.#MahsaAmini pic.twitter.com/WopPZd8DDF

From Simon: Was this planned, or was it a mean trick?

who the hell needs enemies when you got friends like these 😭 pic.twitter.com/9aHlgBNidg

From Malcolm: A Ukrainian drone hit a Russian flagship:

Exclusive footage of the burning ship #AdmiralMakarov in #Sevastopol, which was attacked by #Ukrainian kamikaze drones. 2 more ships were also hit#Kherson #UkraineRussianWar pic.twitter.com/i8lmtDsDud

Also from Malcolm: a roadblock of the good kind!

From Barry. I guess this lion is tame!

Tweets from Matthew. The first one is Tweet of the Month!

a rabbit was my cashier today. my life is made pic.twitter.com/IraUPtlKhj

I didn’t even know that Rutherford was Jewish!

Lord only knows how this algorithm works, but by Odin's ravens, Jewish Chess Masters on Stamps is a book I want to own. pic.twitter.com/WLCh15Gttb

A very rare non-colorized photo (color is original) of a very rare man:

Born in 1835 and renowned for writing the adventures of Huckleberry Finn & Tom Sawyer, this is a rare colour photo of American author Mark Twain 115 years ago. He's wearing his Oxford University robes, some months after receiving a doctorate of law in 1907. It is not colourised pic.twitter.com/v2D22Jhz37