I’m staying with a friend in Davis, California, located in California’s great Central Valley, the great agricultural belt of the state. The town not big (10 square miles) nor populous (about 67,000 inhabitants), but it’s the site of the University of California’s biggest “ag school”: UC Davis, and it’s where I did my postdoc in genetics for three years. (Technically, the school is not within the city of Davis.)

Here’s where the city is, about 15 miles from Sacramento to the east and about an hour’s drive from Berkeley to the southwest. 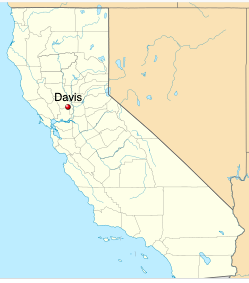 As it was Saturday yesterday, one of the city’s highlights was open for business: the Davis Farmer’s Market. It’s open on Wednesdays and Saturdays, and sells locally grown produce and products made by local artisans and farmers. It’s acquired a roof since I lived here, but the stands are not under it: a protection against covid. 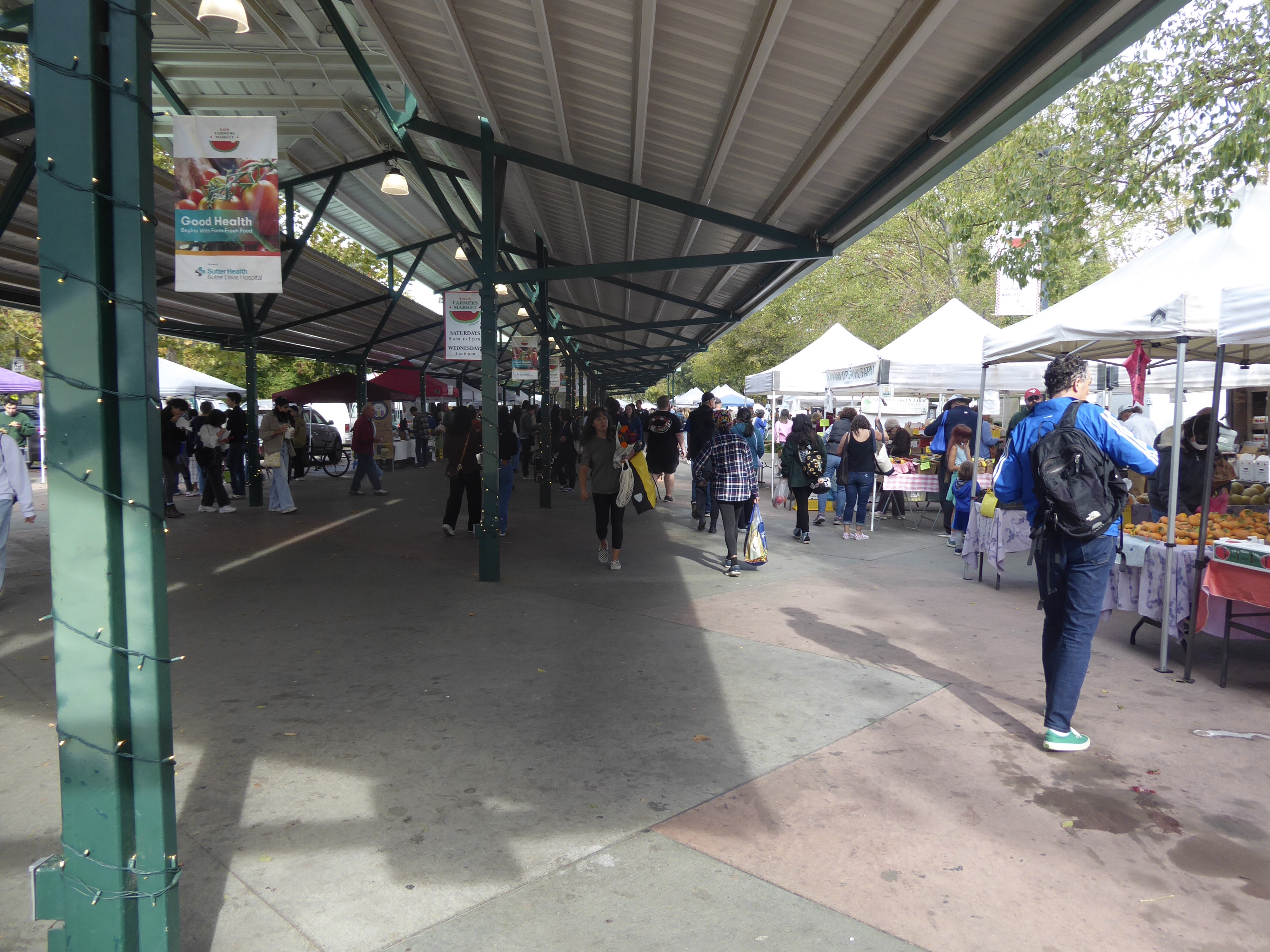 Locally grown Oriental persimmons. I prefer the wild American persimmons, but you need to find a tree and gather the fruit only after it’s fallen and before it rots. Wild persimmions make one of the best puddings I’ve ever eaten. 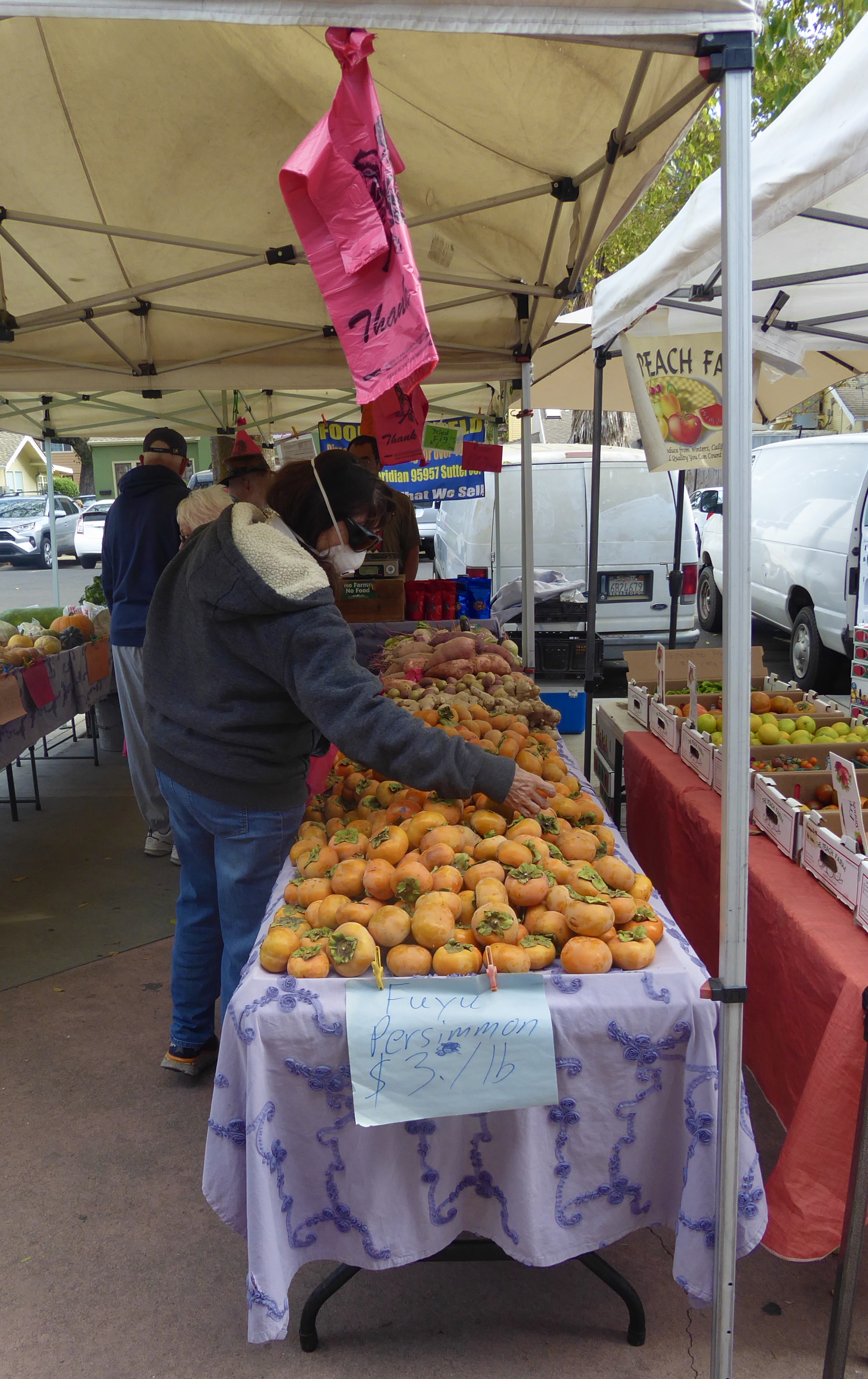 Davis is an organic, crunchy-granola kind of town, so you’ll find stuff like this there: 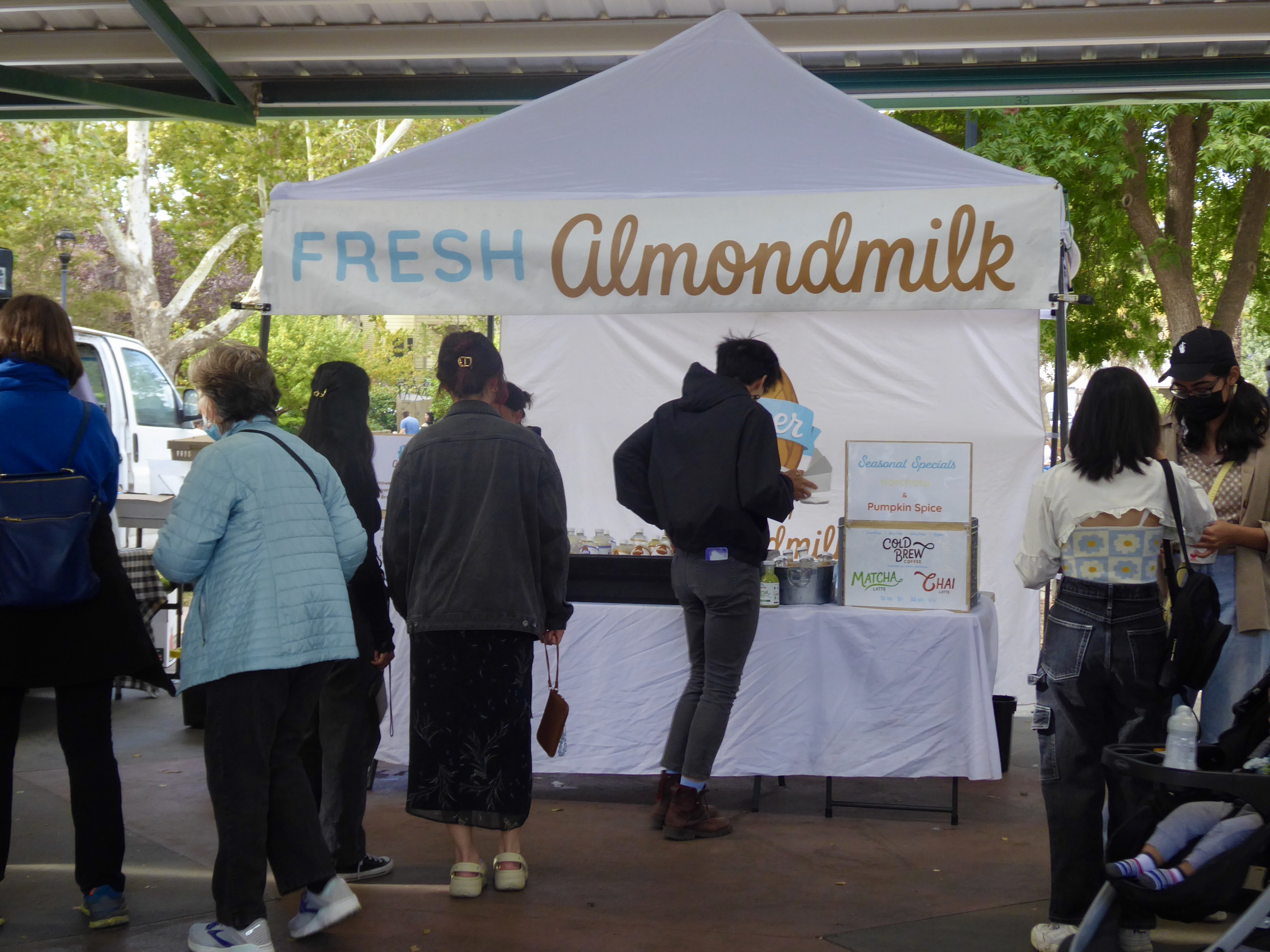 And avocado toast, of course: 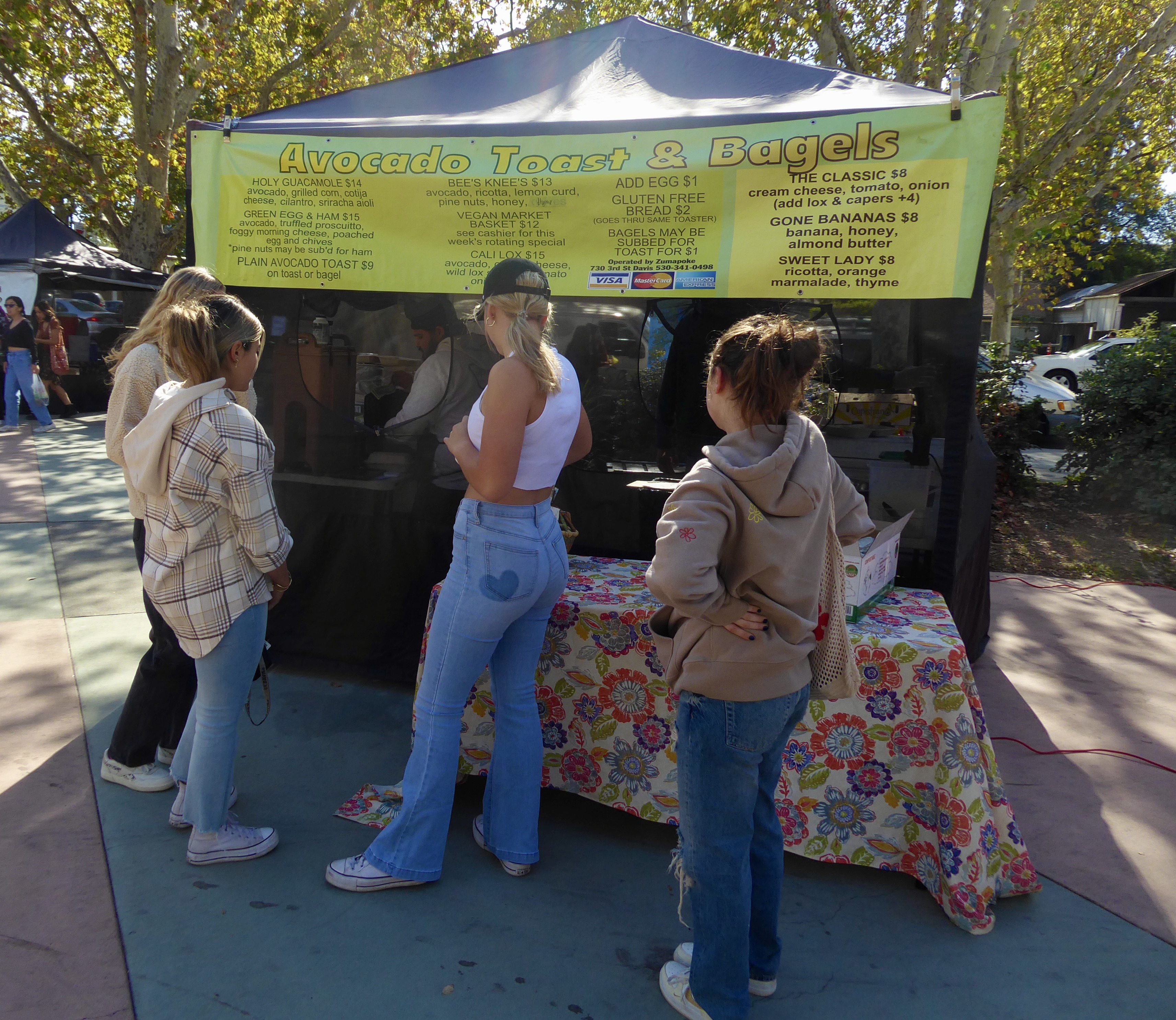 Anti-war people, though I’m not sure which war they were protesting: 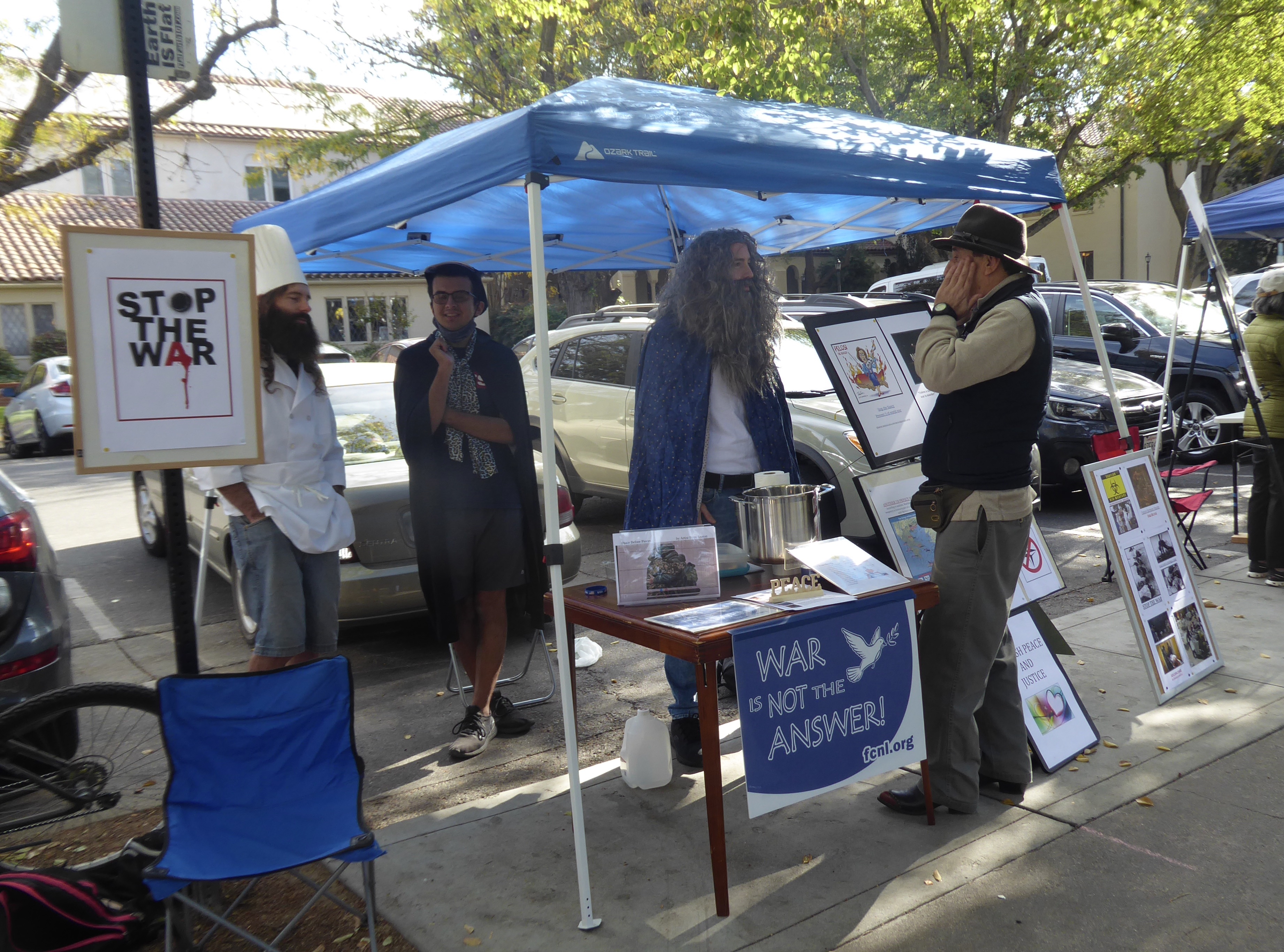 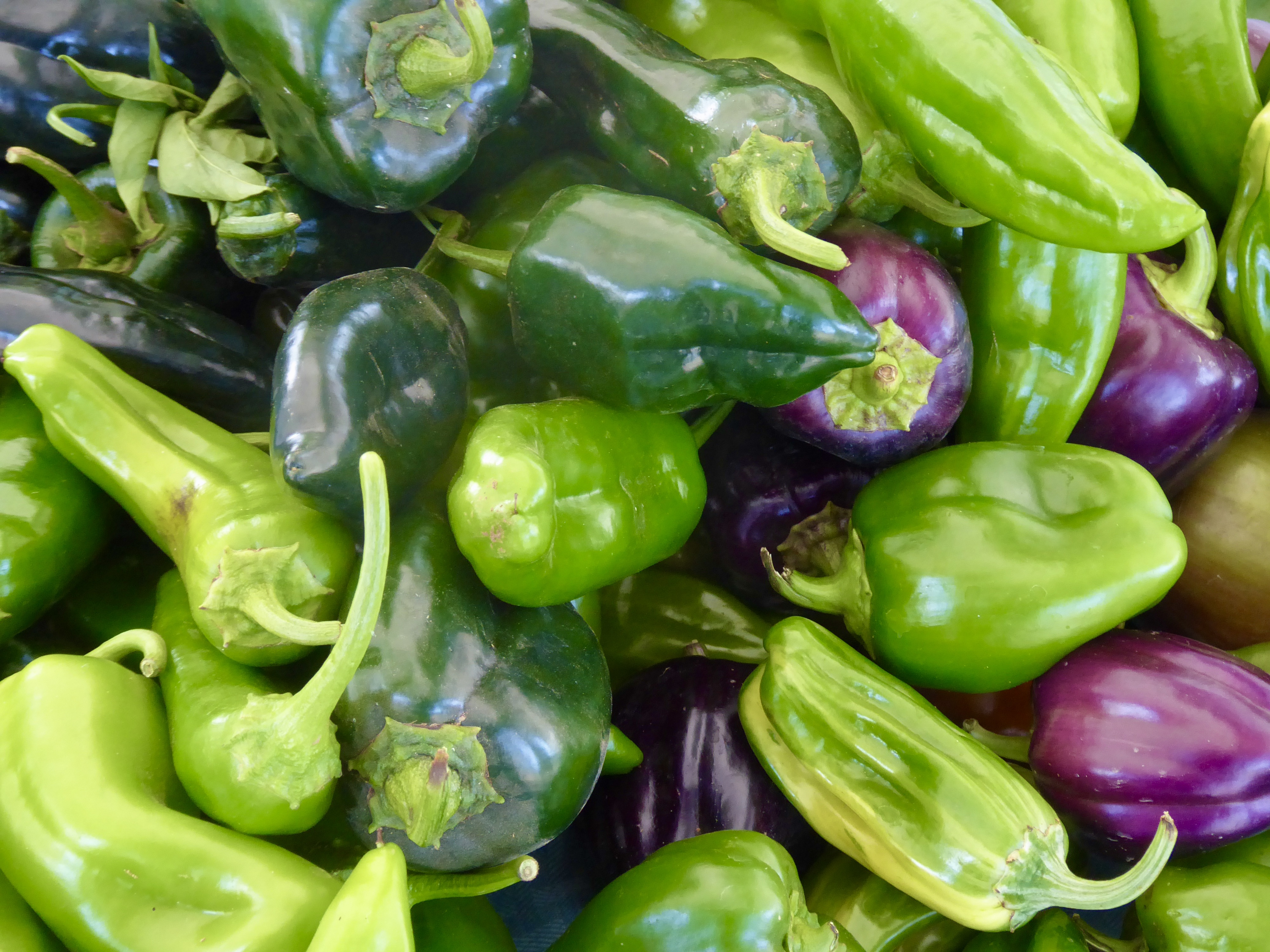 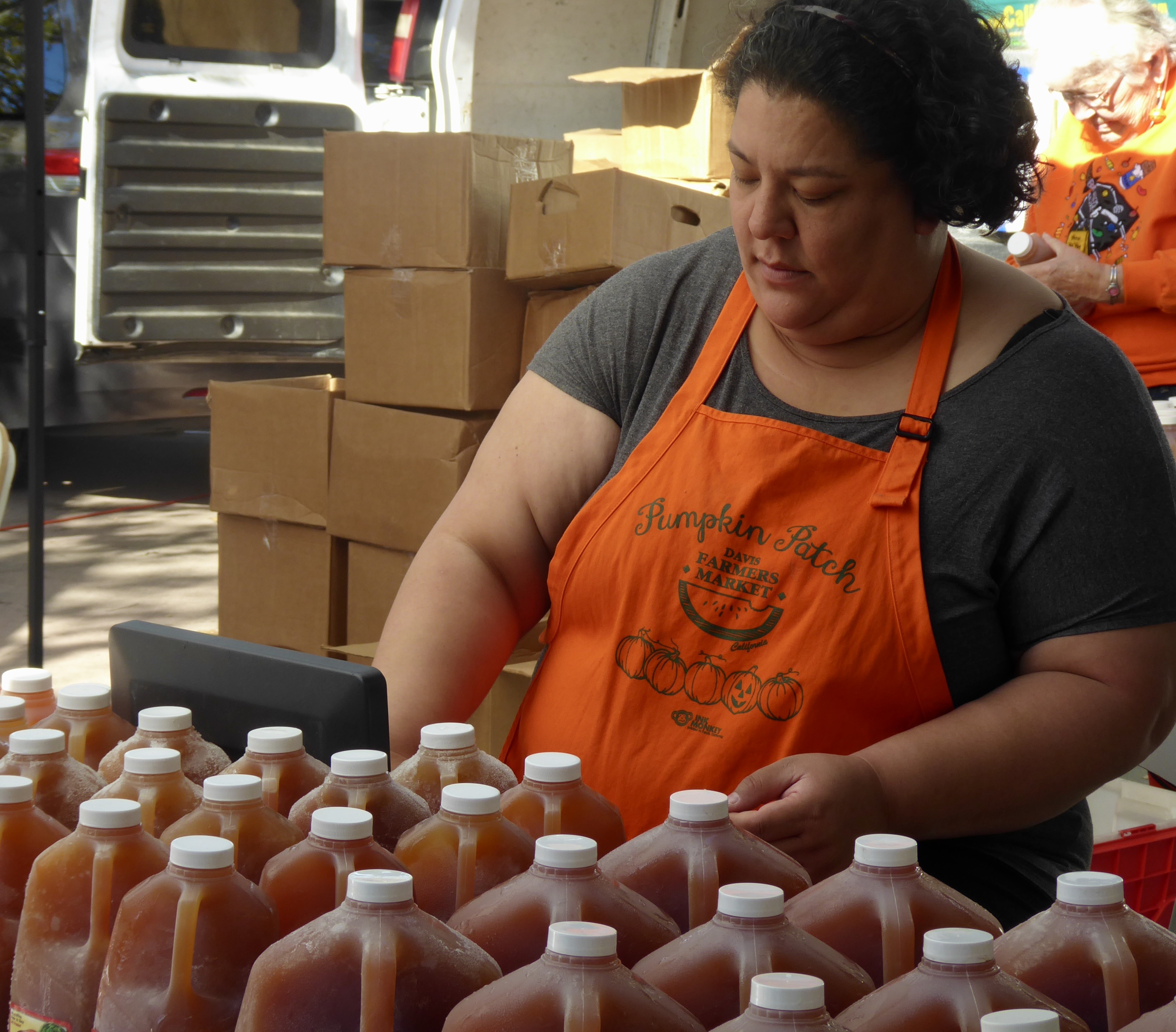 The sign says, “Do not enter: sensitive habitat area”, probably to keep people from trampling around the oak tree. But people were ignoring the sign! 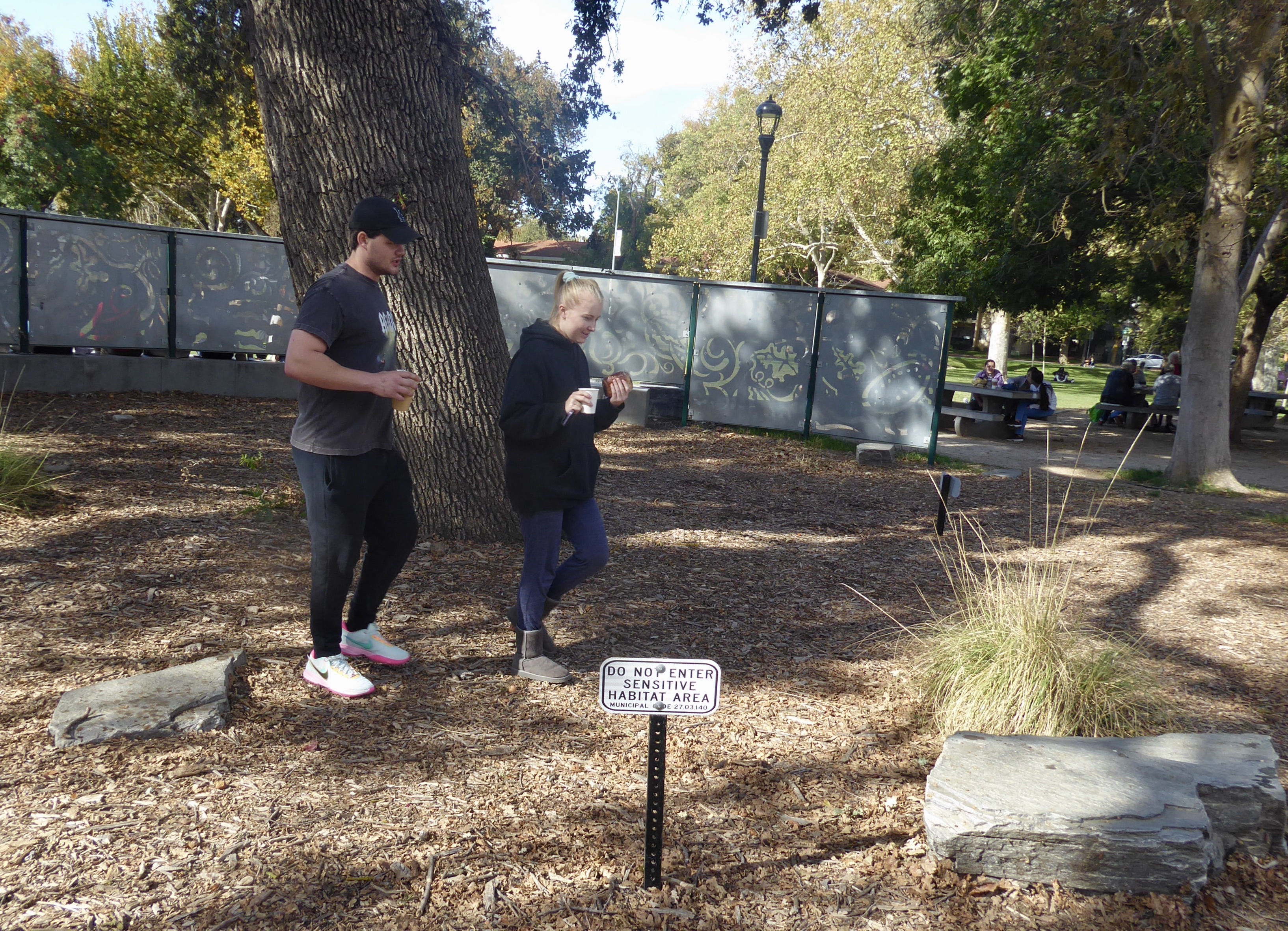 And, at the end of the market, we found a genuine booth pushing FLAT EARTH THEORY. At first my friend Phil thought it was a joke, but the two nice girls at the adjacent Episcopal Church booth assured us sotto voce that it was for real.

And it was, manned by three loons who knew all the arguments for a flat earth and would argue with all comers. I could not resist! 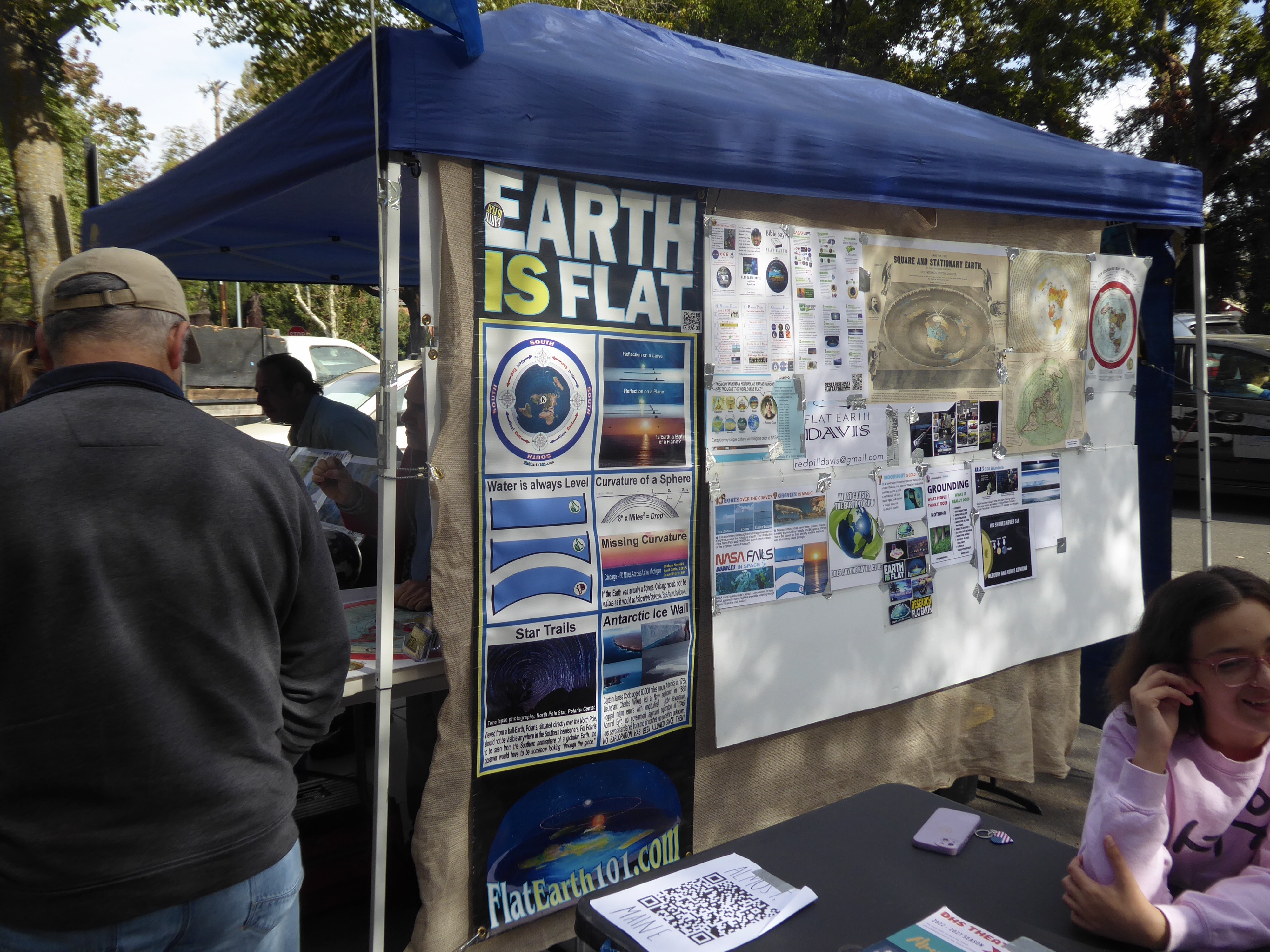 Their theory is of course that the earth is a disk (this comes from the Bible) and that the ENTIRE PLANET’S GOVERNMENTS are in a giant conspiracy to delude the inhabitants that they’re living on a globe instead of a Frisbee. When I asked them why every photo taken from space shows the earth to be round, implying a sphere, they said this was part of a conspiracy and asked me knowingly, “Why do you suppose they call all those pictures ‘images’ instead of ‘photographs’?” They had two pictures of the earth from space showing the continents with different relative sizes, also proving a conspiracy.

Finally I asked one of them the question I really wanted to pose: “What one observation would change your mind and make you conclude that the Earth is actually spherical?” He started gabbling and I pulled him up short and said, “Please answer in one sentence, as I ask my students to do with scientific issues.” In the end, he truly didn’t understand the question, and didn’t answer me. (I could have answered what would change my mind: photos from space showing that the Earth was, from some angles, a disk.)

These people are exactly like creationists, except that the conspiracy to hide the “truth” is enacted by governments instead of atheistic scientists. In both cases their crazy ideas come straight from interpretating of the Bible. 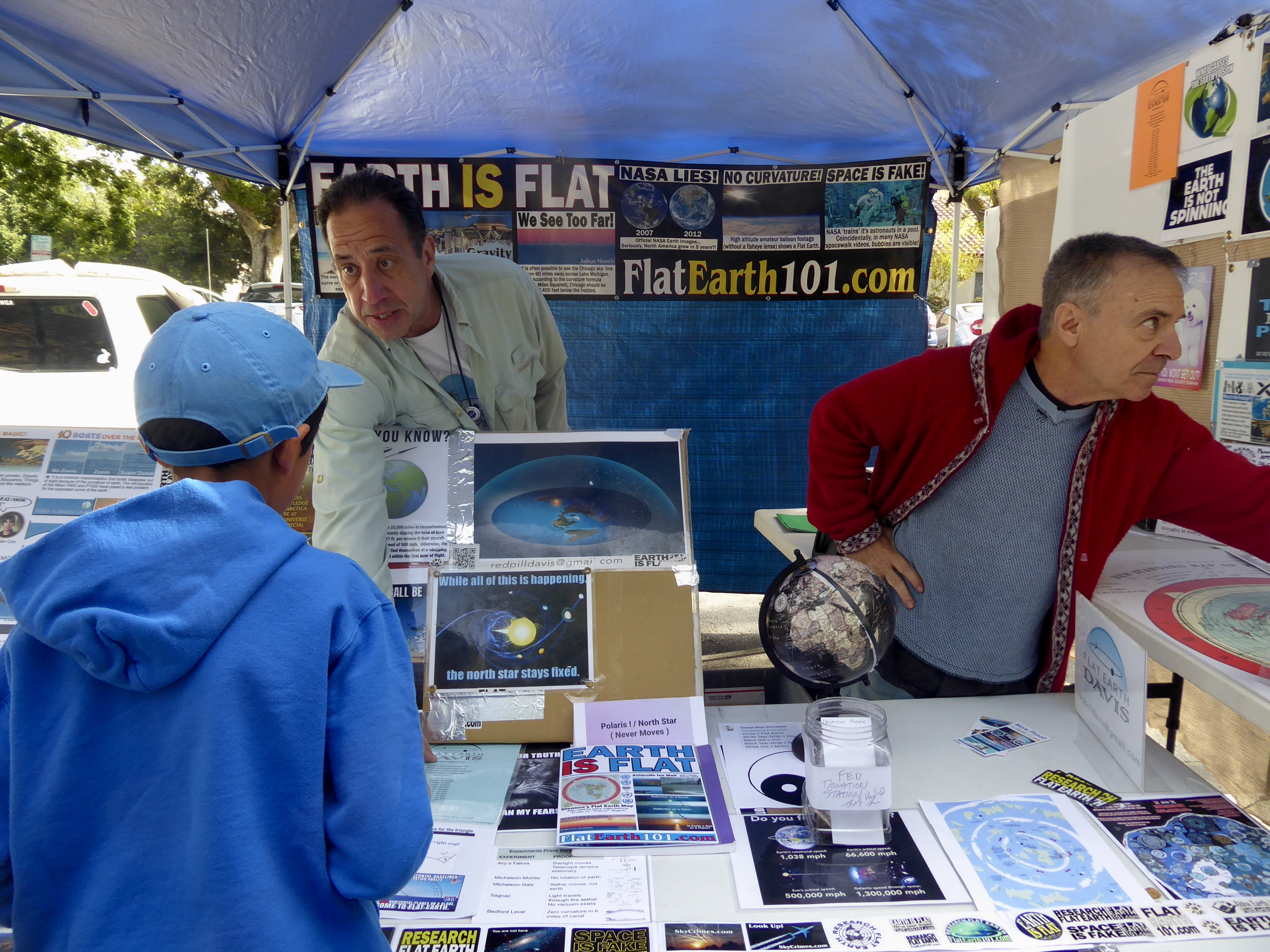 Artworks are scattered all over town, like this Day of the Dead bench by a bus stop. 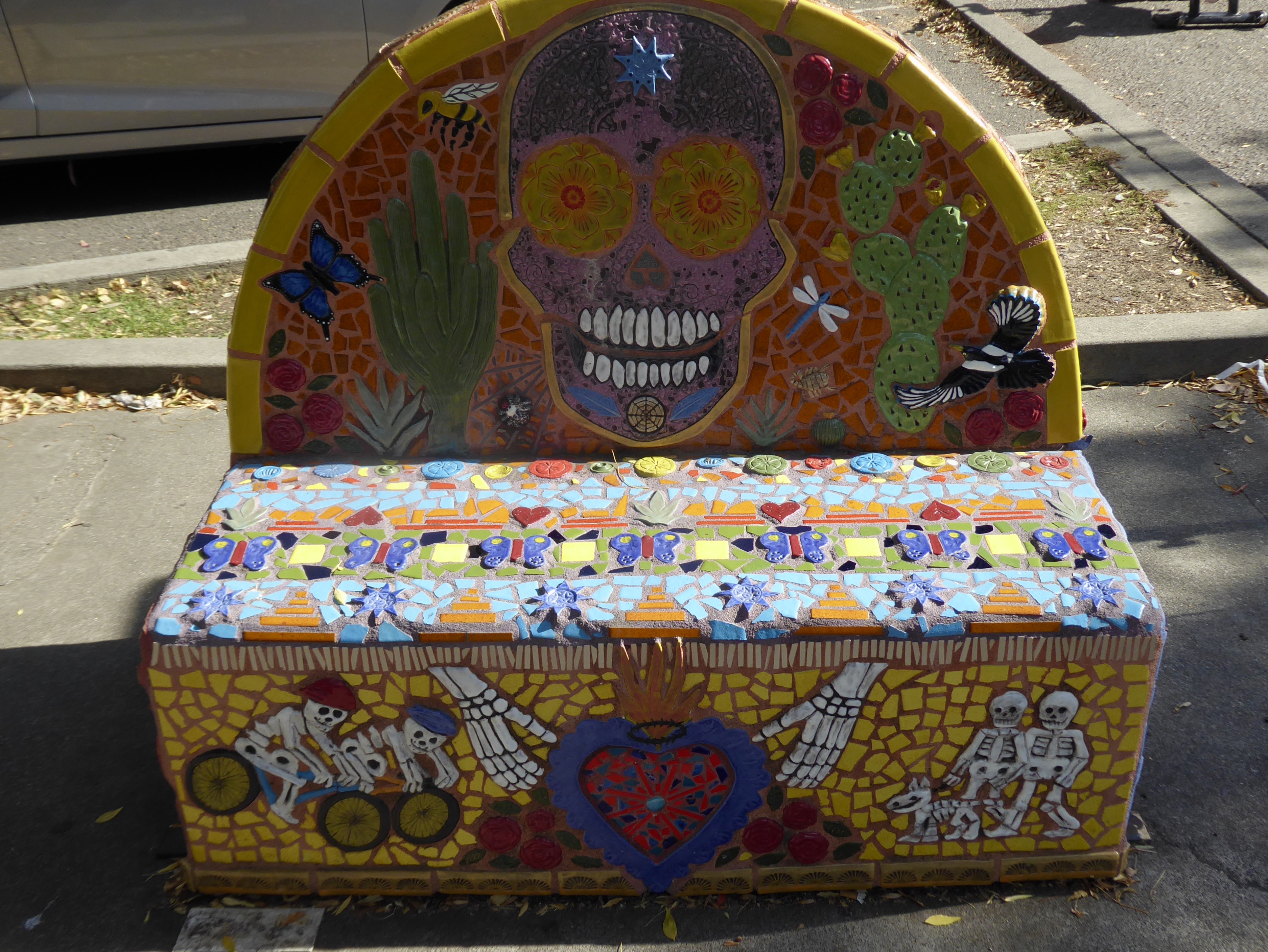 The epicenter of hippie-dom in Davis is the Food Coop, which sells stuff that is good for you (with some exceptions). In front of it are sculptures of a giant carrot and a giant tomato. Here I am hugging the big carrot (photo by Phil Ward): 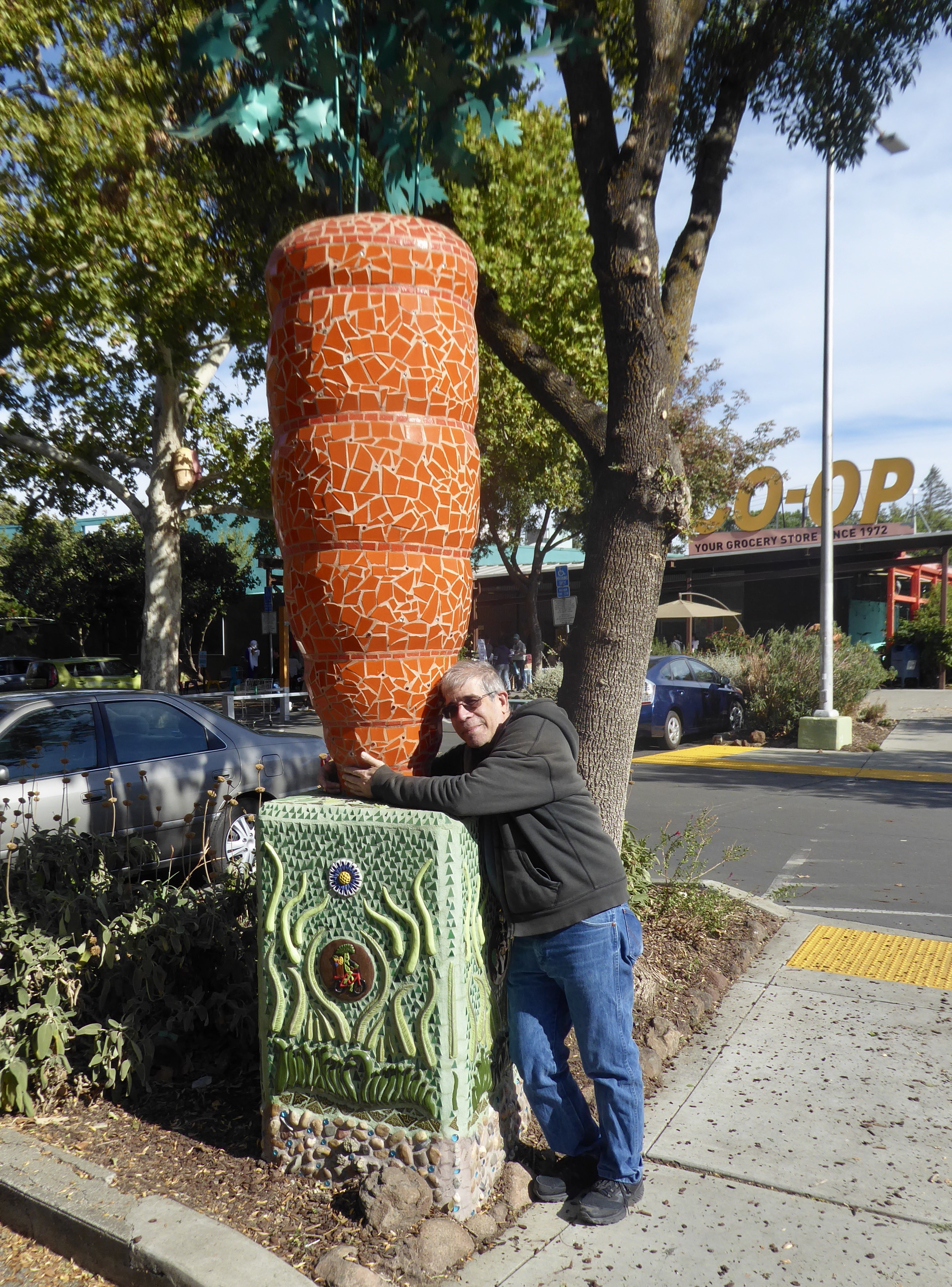 And the giant tomato: 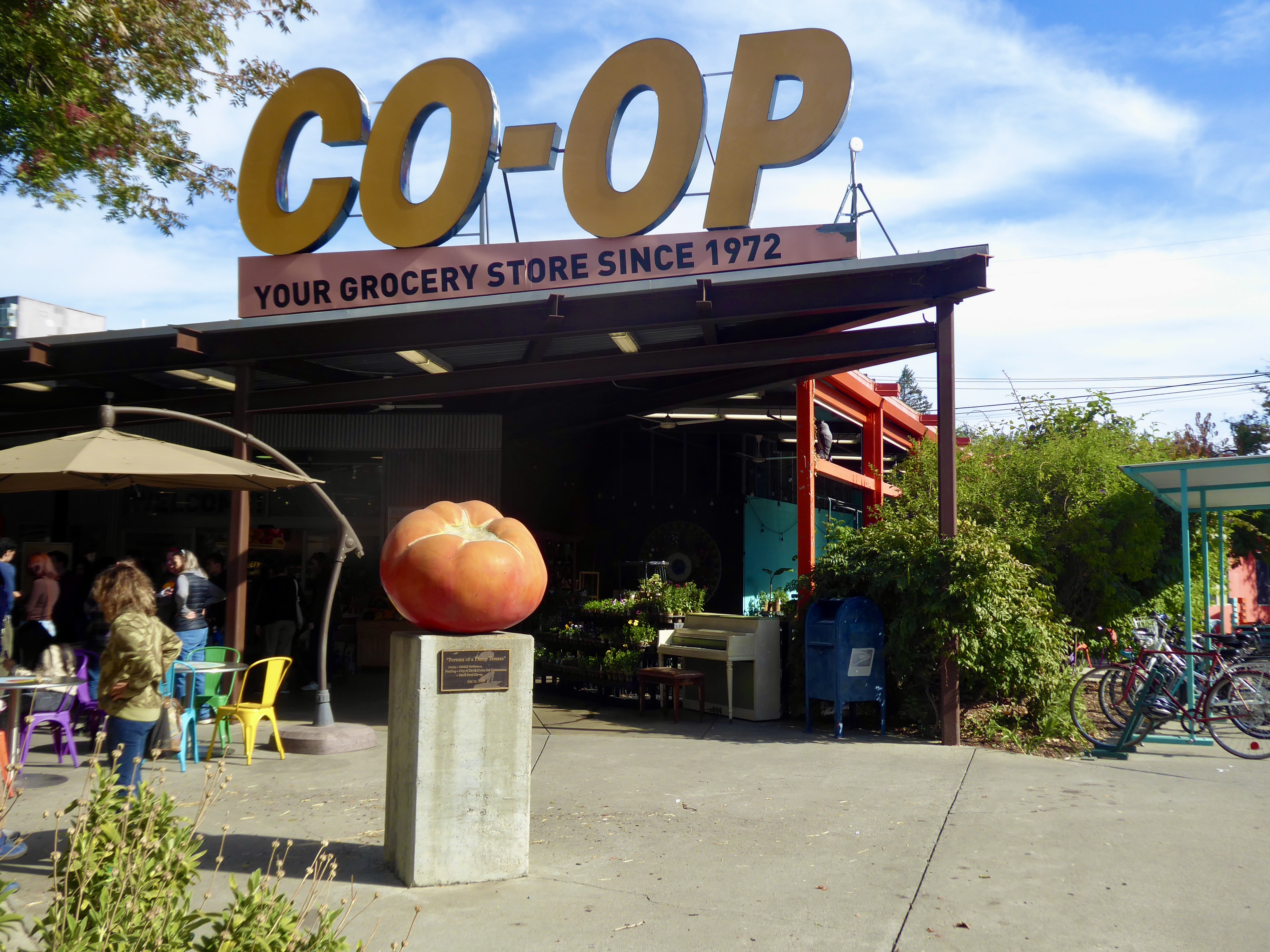 The caption: “Portrait of a plump tomato. Artist: Gerald Heffernon. Funding: City of Davis Civics Art Commission, Davis Food Coop. July 11, 2000.” The agricultural land around Davis is largely dedicated to growing and processing tomatoes, and there’s a giant ketchup and tomato-processing plant north of town. In the summer you can smell the processed tomatoes, and some of the roads are slippery with tomatoes that have fallen off the trucks taking them to the factory. 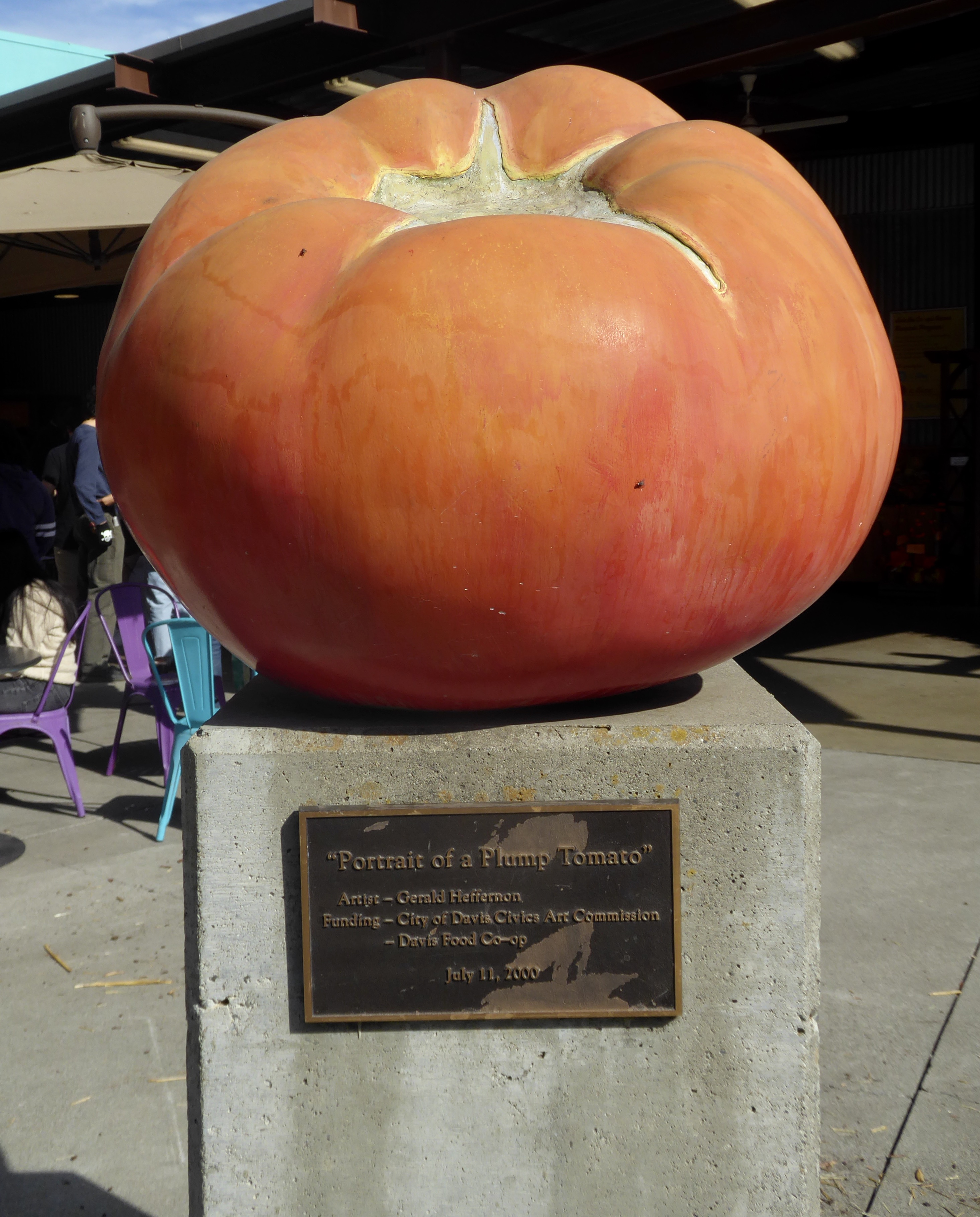 Inside the Coop. Here they explicitly accept the gender binary: there is no “other” section. But I was too timorous to point out to them that they need a “nonbinary” section. 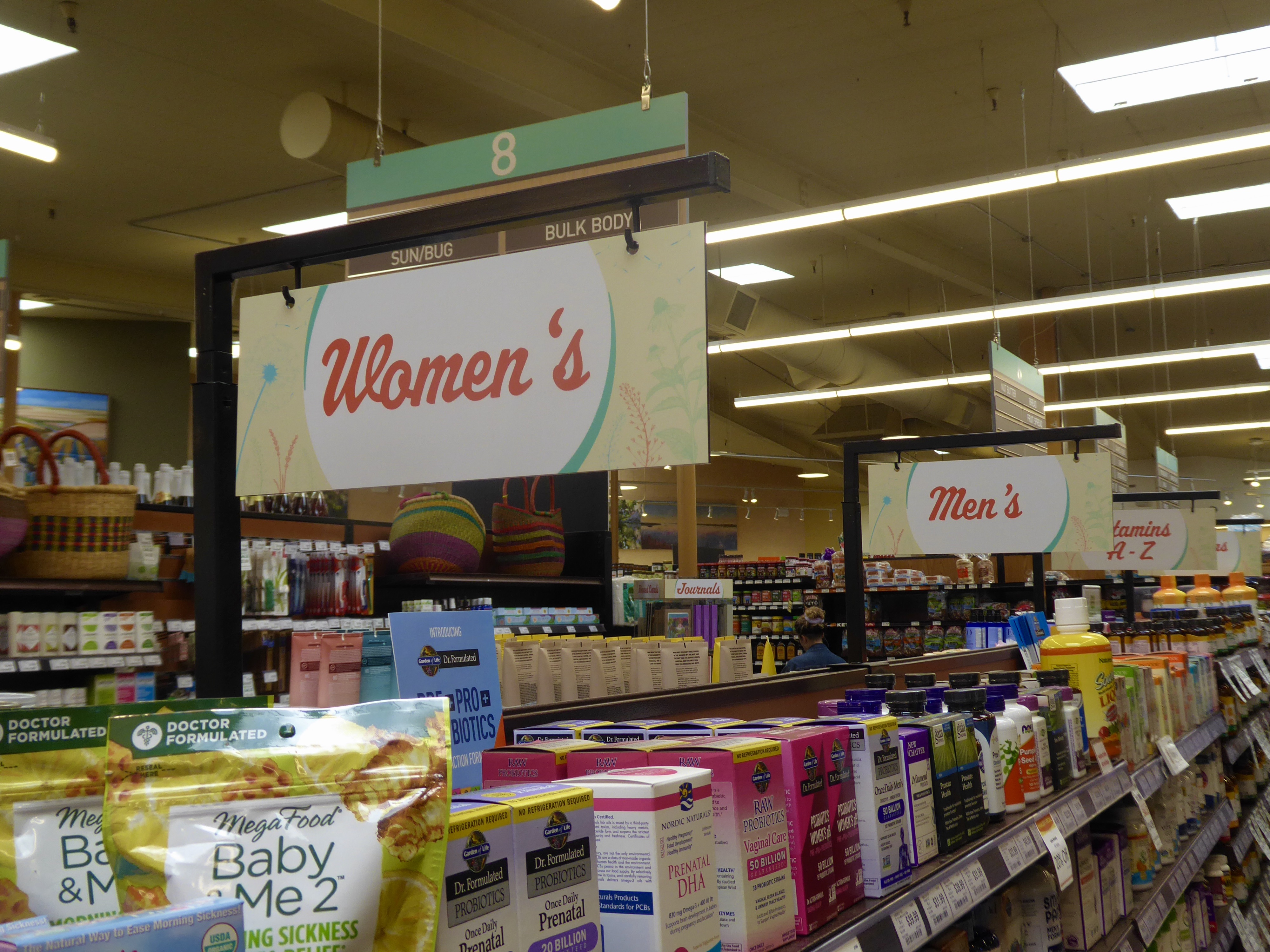 They sell only sustainable seafood, which is good: 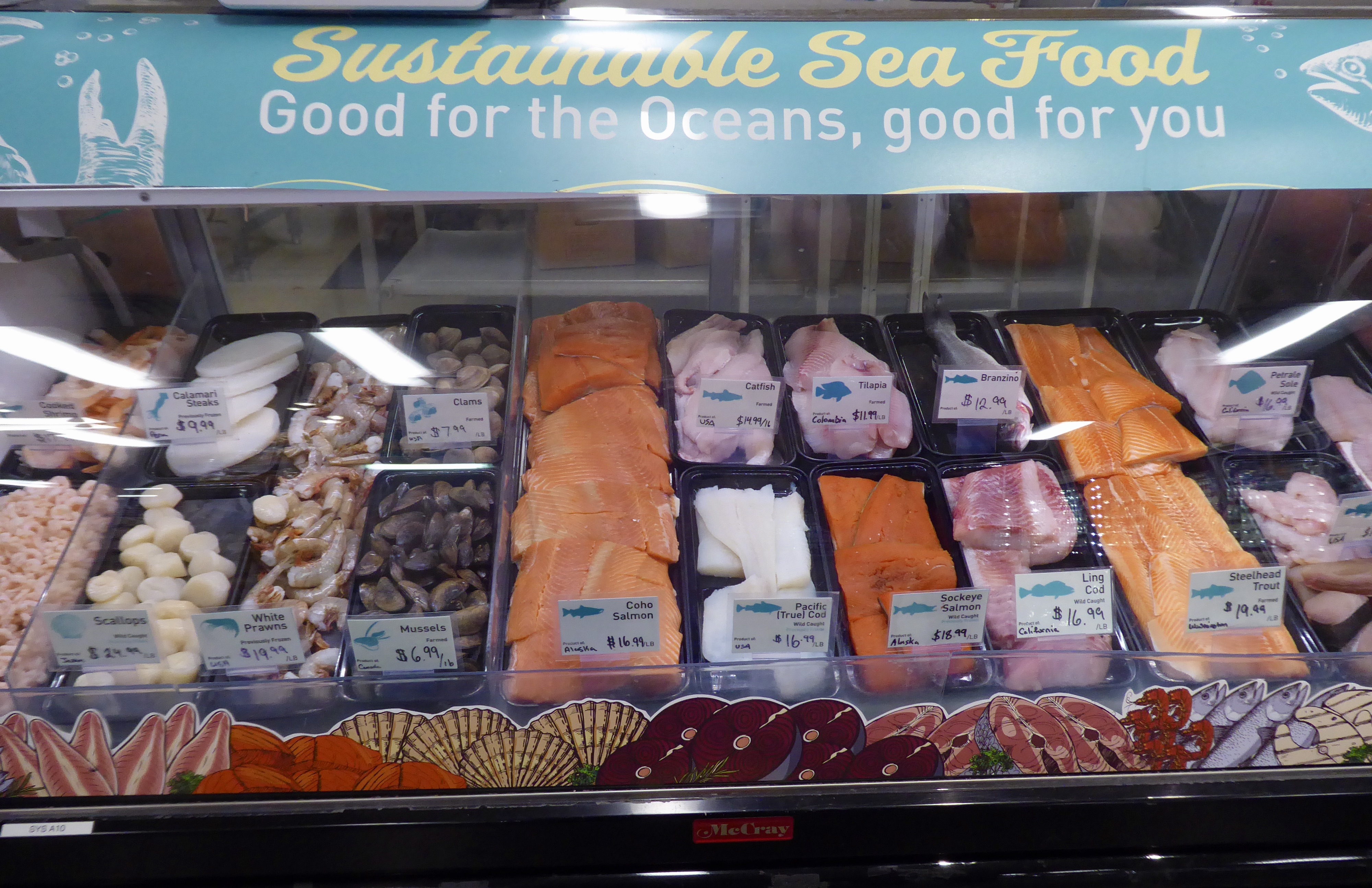 And a variety of non-cow milk: 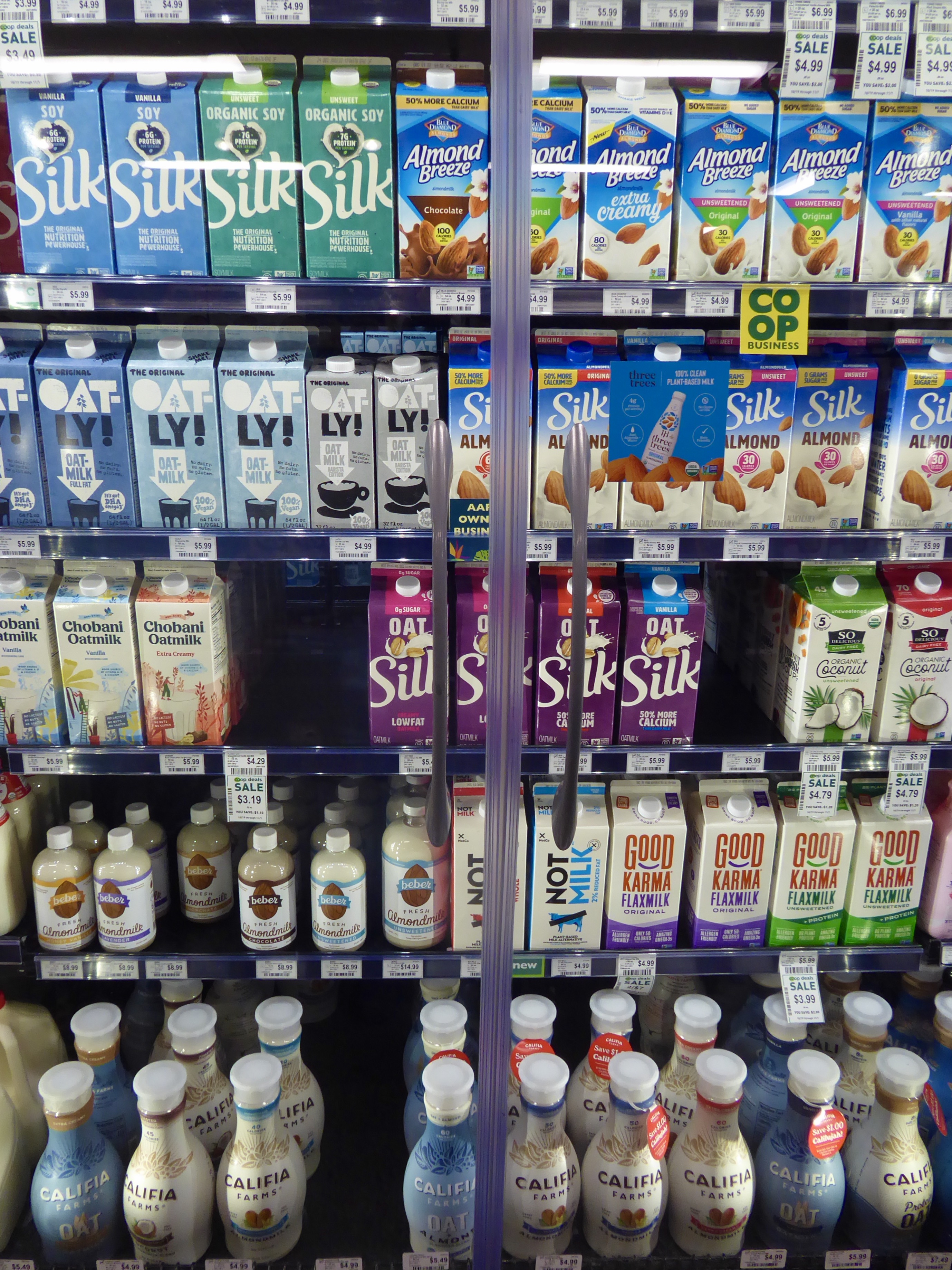 SUGAR, long demonized in Davis. The waiter wouldn’t serve it to my father (on a family visit) when he asked for it with his coffee in a local organic cafe, now closed. They told him in response, “We don’t carry the White Death”, (seriously!), but added that  “we might be able to find some honey in the kitchen. My father demurred.

Note the product number given to white sugar! I do not think this is an accident (the rectangle is mine): 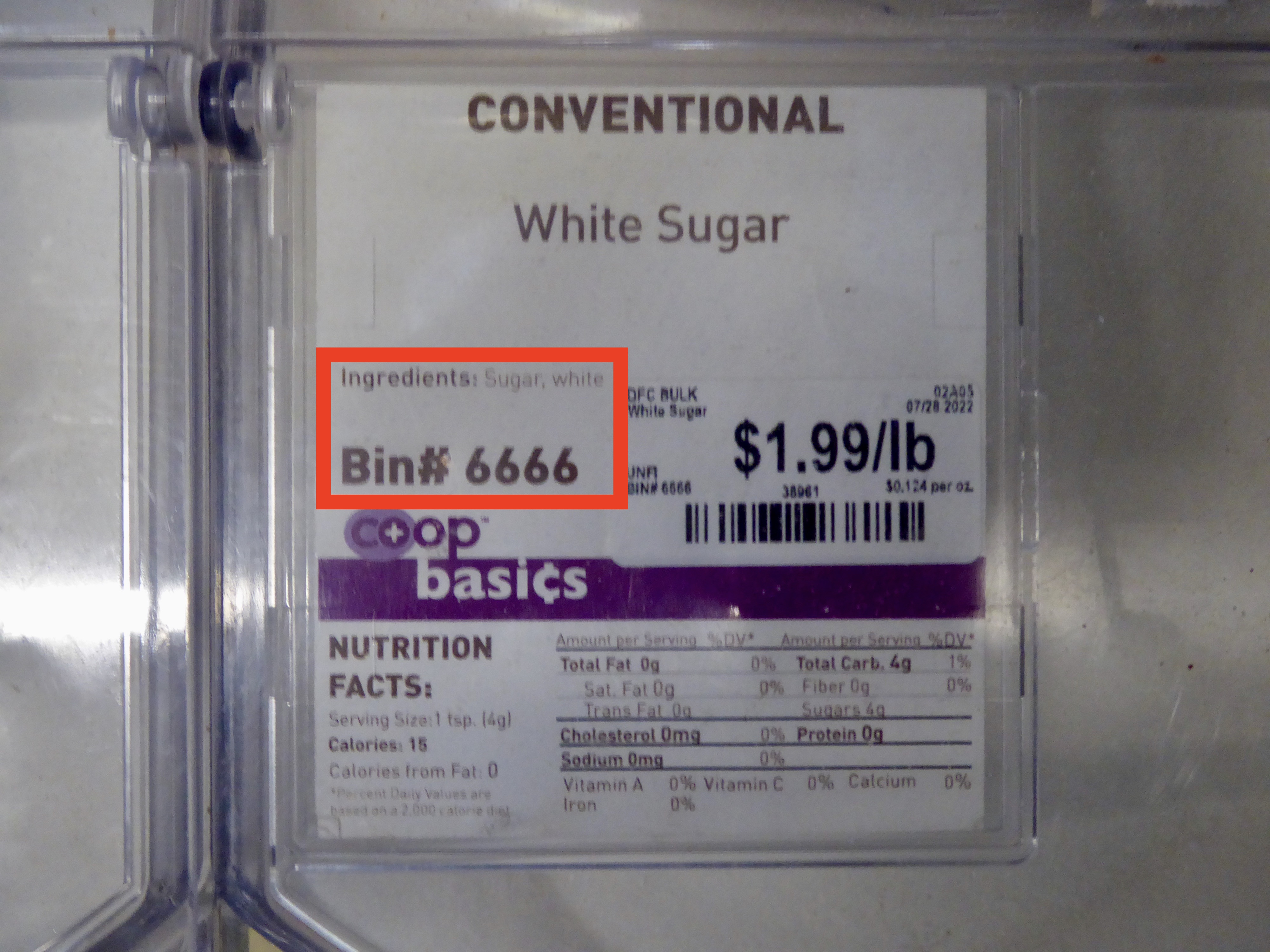 Like all “good for you” grocery stores, like Whole Foods, they sell useless homeopathic remedies, which I suppose are considered “organic” even though they’re useless and fraudulent: 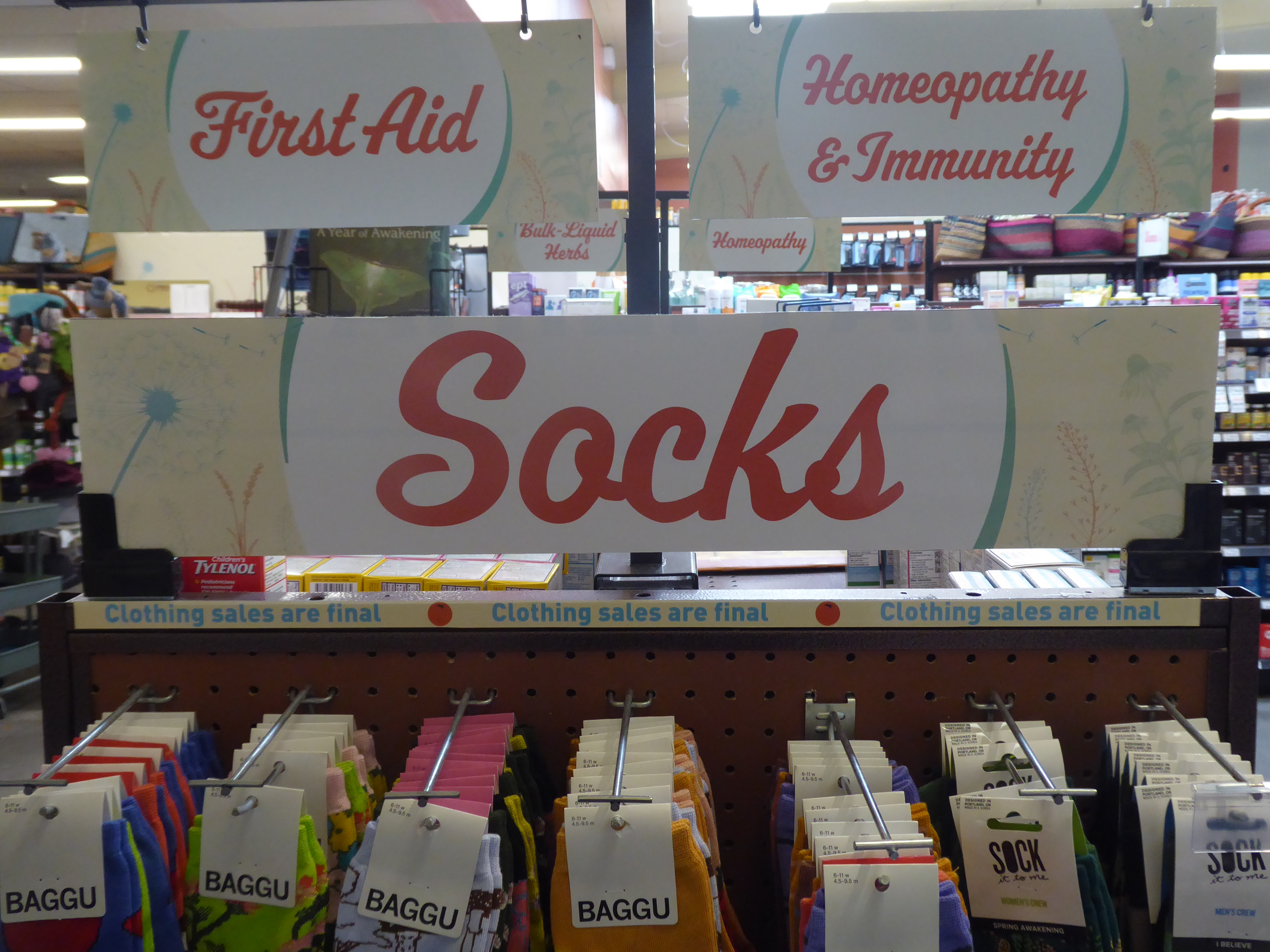 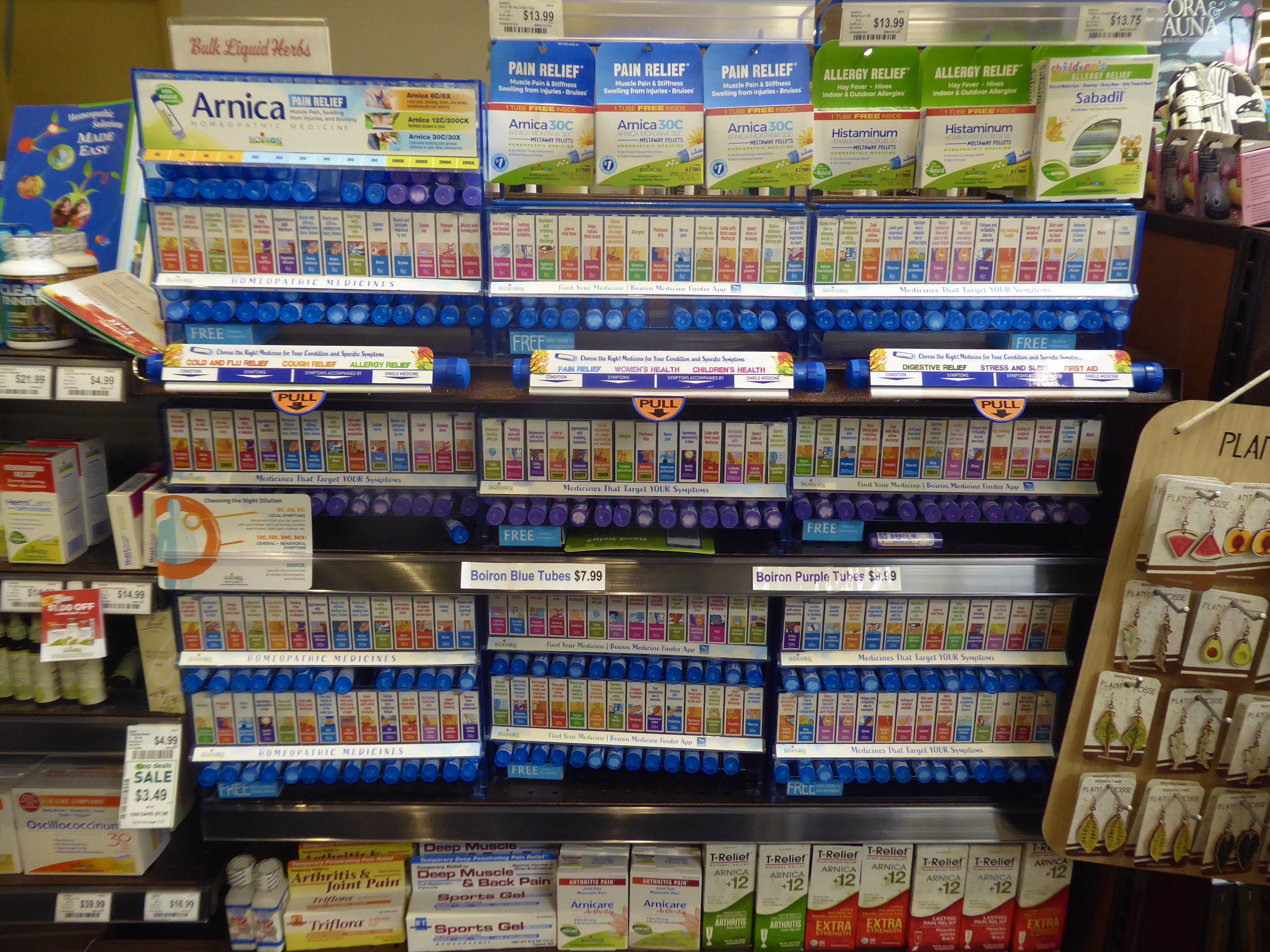 More homeopathic crap. Were I a member, I would question them about why they carry this stuff, but it would be useless. 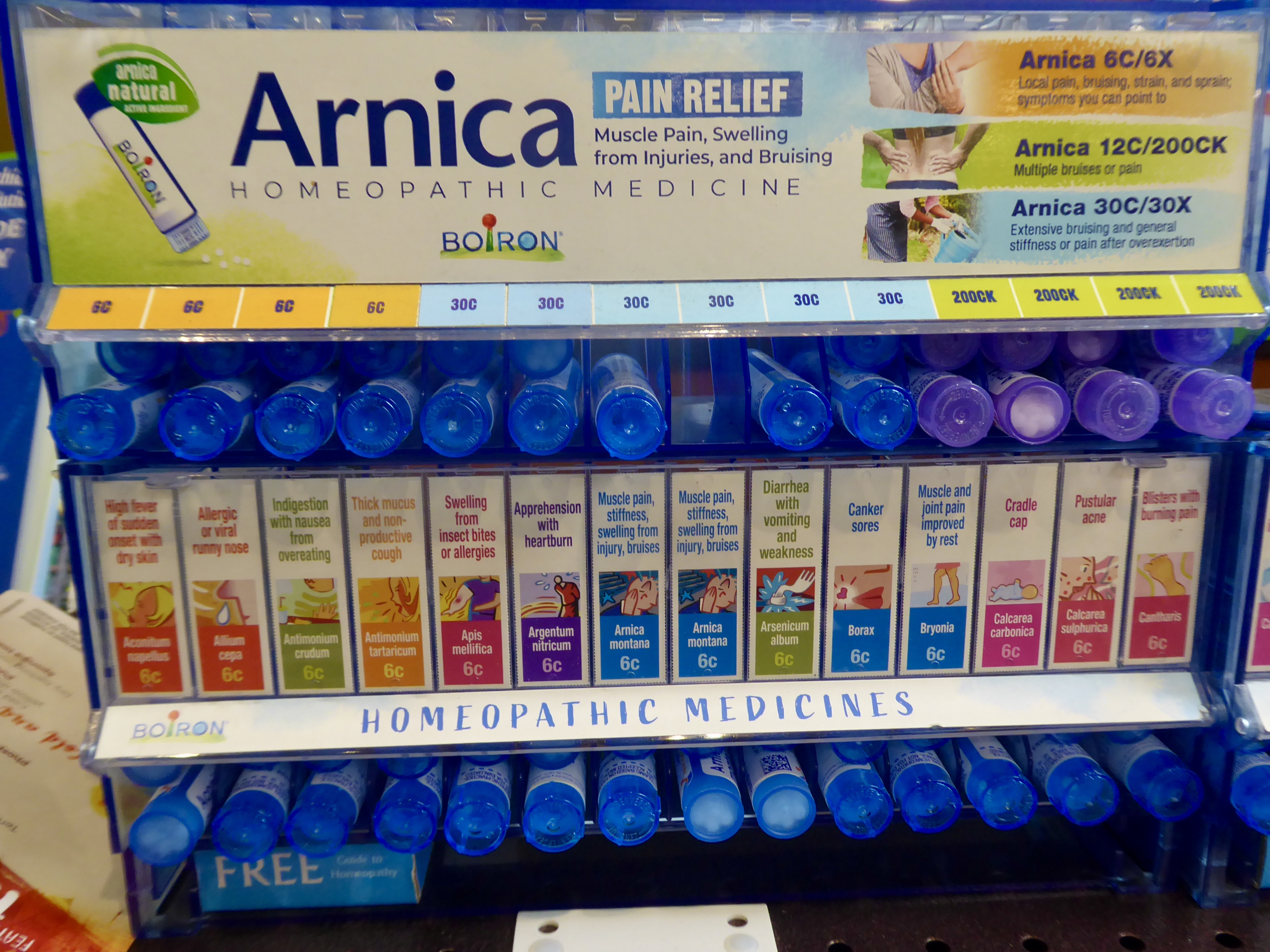 As we left, we noticed that the local animal shelter was giving away FREE KITTENS, and there were many of them on offer, like this adorable gray tabby.  I wanted to take them all, but couldn’t take any. Some people were adopting them, though, which made me happy. 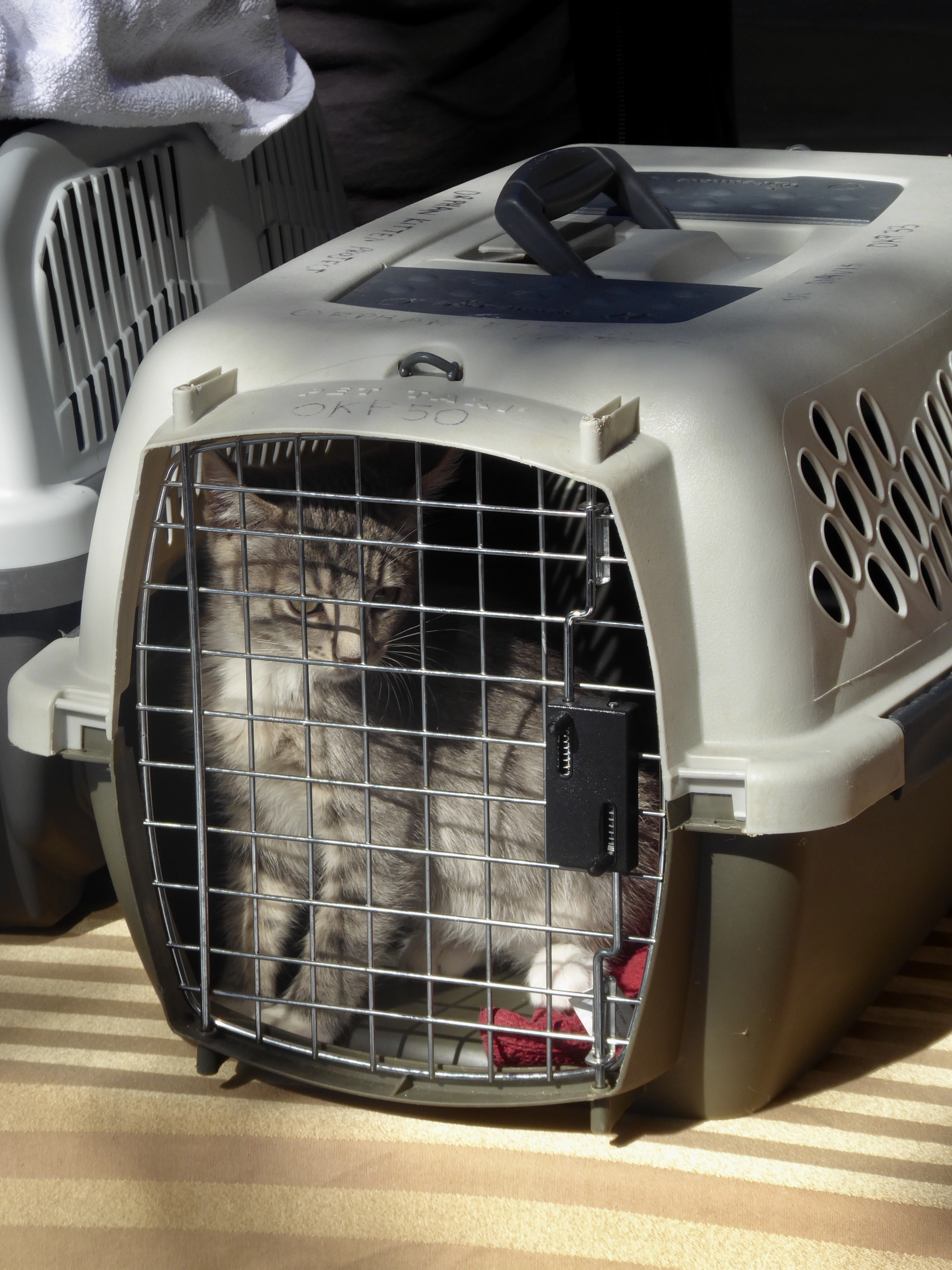 I asked this woman if she was going to adopt this ginger kitten, and, sadly, she said no. 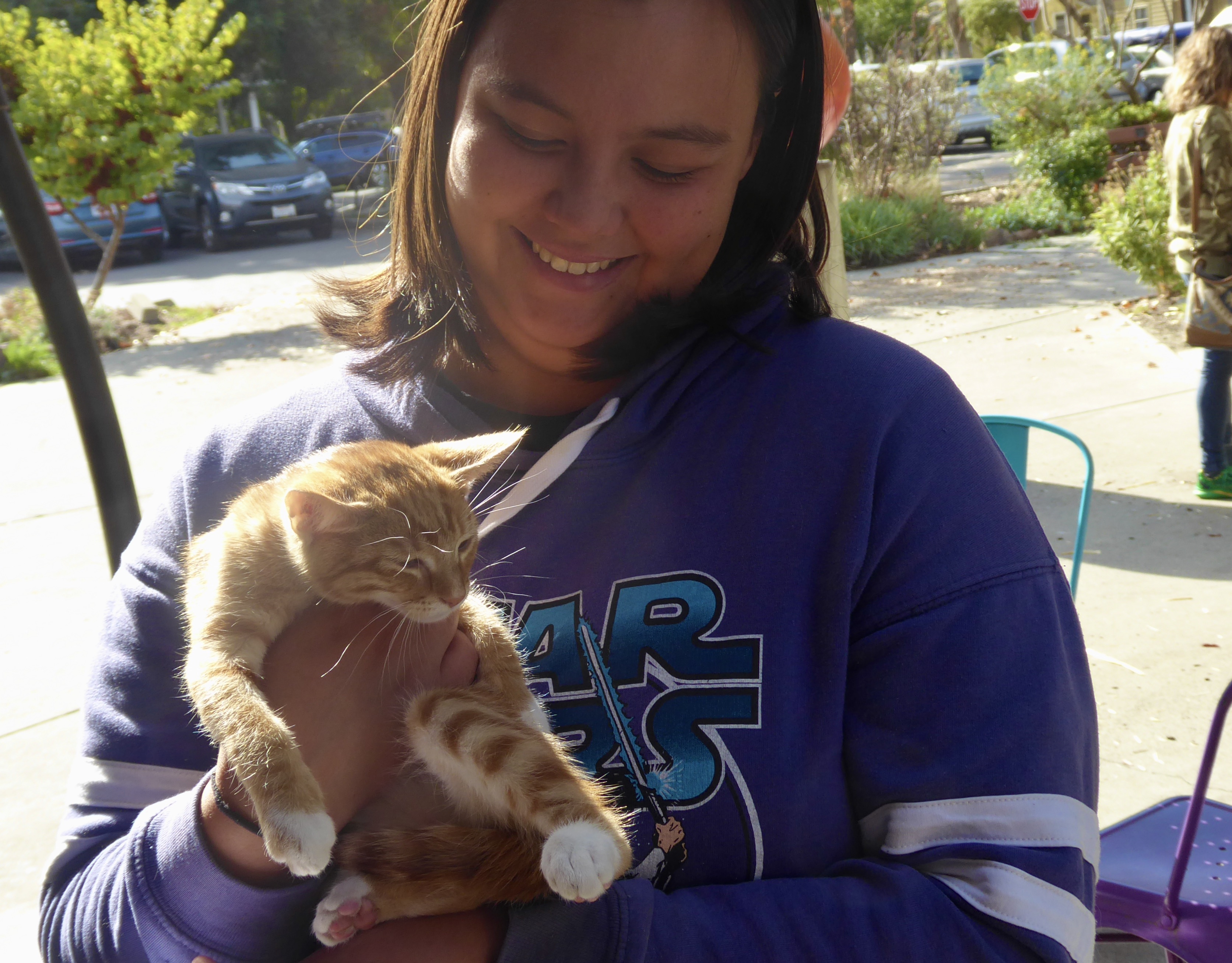