Next Avenue is a nonprofit, digital journalism publication produced by Twin Cities PBS (TPT). As public media’s first and only national publication for older adults, we are dedicated to covering the issues that matter most as we age.

And this logo is at the bottom of today’s article, which is about something that doesn’t matter more when we age:

This part-government sponsorship means that taxpayers like me are funding what nextavenue puts out. And what it has put out is a piece promoting the virtues of tarot cards (National Public Radio has done the same thing.) The free article is below; click the screenshot to read.

Of course PBS can’t just say that tarot cards flat-out can predict the future, for its listeners and readers are more sophisticated than that. Still, the article says that prediction is part of what tarot can do—but there’s so much more!

As it turns out, tarot is not just for prediction but to stimulate your mind and explore possibilities you haven’t realized. In other words, as all these articles about tarot in the liberal press maintain, it can be a device for getting you to think about your life and ponder future behaviors. It’s psychology, Jake! I wonder why more psychologists haven’t hit on tarot cards as a professional aid!

I’ll be brief and just quote some of the article’s waffling. This part is straight-out prediction:

People can read tarot cards for themselves or work with an experienced tarot reader. Beginning by focusing on a question is a good idea, even something simple like “What will this week be like?” Then draw a single card and see what it might tell you.

Remember, you have to pay tarot card readers, sometimes a lot, and often they want you to come back. If these people are not trained in therapy, and tell you what they’re doing, then they’re clearly taking money under false pretenses. But that’s the American way! Here’s one reader:

Nancy Antenucci is a St. Paul, Minnesota-based tarot reader in her sixties, founder of the Twin Cities Tarot Collective and the author of two books, “Psychic Tarot” and “Tarot Rituals.” She sees tarot cards as being a language of imagery.

“Sonia Choquette said that we should call intuition ‘pattern recognition,'” Antenucci says. “I totally agree with that. When you’re seeing the cards, all those pictures together, it opens up different patterns. What you’re doing is recognizing the patterns of something.”

While decks usually come with guidebooks to help users understand the potential meanings of each card, Antenucci encourages people to go with their instincts when they pull specific cards. “Every picture is going to strike every person differently, so there’s a lot that can happen across a whole spectrum of personalities,” she says.

That could be called “confirmation bias.” You read things the way you want them to be. But I digress. . . .

Imagine a deck focused on weather conditions across the four seasons. One person might pull a snowstorm card and be delighted — they love winter and snowstorms. But someone who hates winter is going to have a decidedly different visceral reaction. Neither is wrong; each reflects the person drawing the card.

“The biggest misconception is that tarot is only used for prediction,” Antenucci says. “It’s also used for brainstorming, or storytelling, or writing or prompts.”

Here we see the usual excuse: it can be used for prediction, but the cards can also prompt you to tell stories or call up other ideas.  But if is to do that, shouldn’t we stop using the traditional decks used for prediction and make new decks with drawings and words inspired by modern psychology? What about Rorshach cards?

Here are Sonia Chouette’s fees, by the way. As far as I know, no therapist charges $1200 an hour. 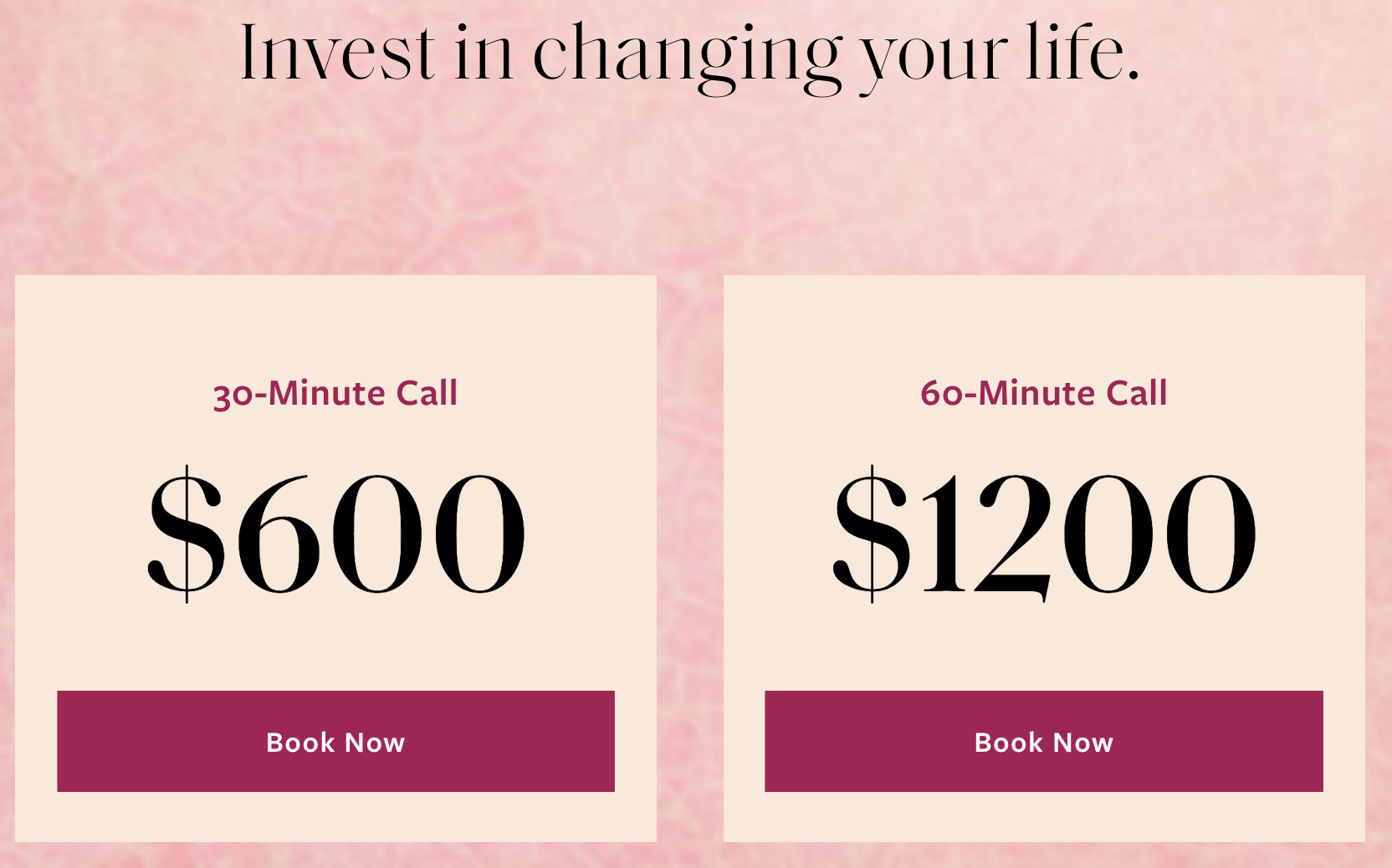 Further on in the piece, an artist weighs in saying that the cards “can help people see things differently,” and that her drawing students get suggestions inspired by the teacher’s own part-time vocation as a tarot reader.

I won’t go on further. In short, what we see is a taxpayer-funded venue touting the supernatural, but partly hiding it under a bushel labeled “psychology.”

When I read stuff like this, I do wonder whether people attracted by tarot, crystals, and other things have a deep need for the supernatural, one that in other people is satisfied by religion. I often hear people with “belief in belief” argue that religion isn’t vanishing in America, but is simply being diverted into religion-like endeavors, like reading tarot cards. Or being woke.  While some of that may be true, I still think that the data show America becoming increasingly secular over time, so that one fine day, when my atoms have become clay, the U.S. will have the religiosity of Scandinavia—hardly any at all.

But grifters gotta grift, so we’ll always have tarot, psychics, and other scammers.