Welcome to the Cruelest Day, with no weekend in sight: Tuesday, August 9, 2022. It’s National Rice Pudding Day, but actually I put that down for yesterday’s Food Day. That was a mistake, for August 8 is actually National Frozen Custard Day. (All the other dates yesterday are correct.)  But that’s okay: here’s no harm in having two Rice Pudding Days in a row, as it’s one of my favorite desserts. Go here to see the best rice pudding in all the world at the top of the page.

It’s also Book Lovers Day, National Polka Day, National Hand Holding Day, and International Day of the World’s Indigenous Peoples, a United Nations Holiday. Did you know that the polka is a Czech music and dance, and that, according to Wikipedia, “The term polka possibly comes from the Czech word “půlka” (“half”), referring to the short half-steps featured in the dance.” (See them below.

Here’s some polka, but not much, as most people seem to hate it. The song seems to be Yiddish: “Who stole the kishke?” With luck, you’ll never have to learn this. . .

I am a bit under the weather today from lack of sleep (yes, a recurrence of insomnia), so posting may be light. I do my best.

Stuff that happened on August 9 include:

Here’s a short BBC documentary on the Nagasaki bombing: 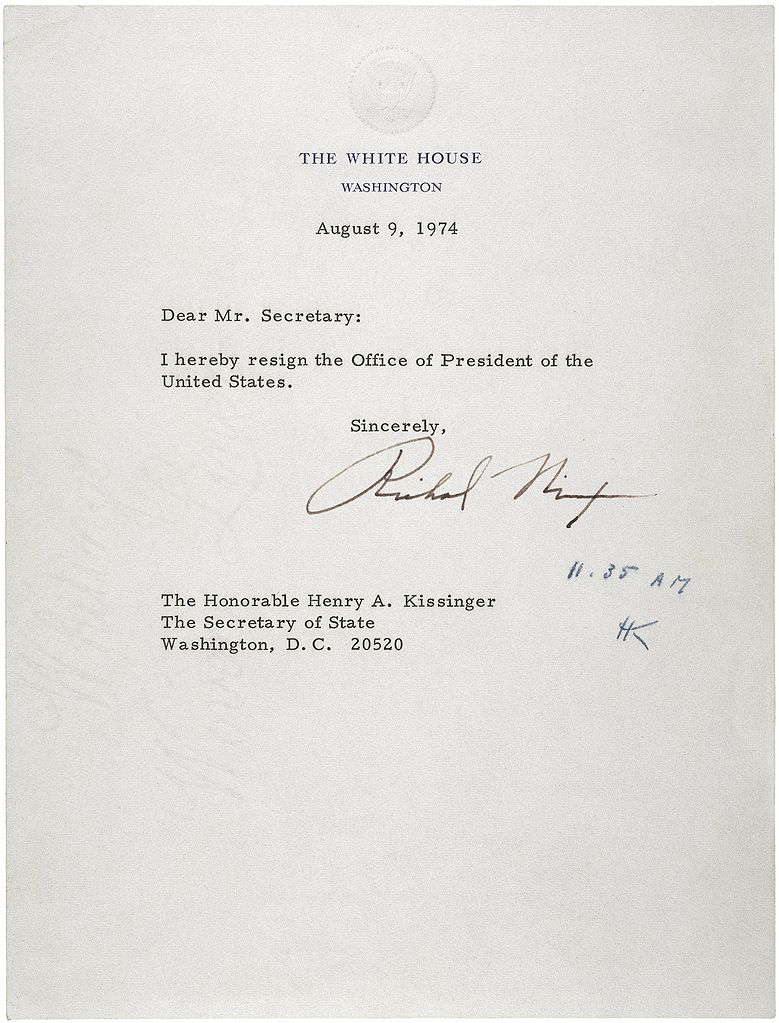 *Sadly, Olivia Newton-John died yesterday at her home in Southern California. She was only 73, and had fought a long battle with breast cancer. I thought she’d beaten it, but apparently not; it returned several decades later, metastasized to her spine. Here’s the announcement on her Facebook page.

*You don’t have to be a rocket scientist to know that the Taliban will be the Taliban. That is, they’re not going to keep any promises they made to the West when they took over Afghanistan. Astonishingly, some fools believed them! Well, they should read this article in the new NYT “The Taliban’s dangerous collision course with the West.” Author Matthieu Atkins visits Afghanistan for the first time since the U.S. left:

The new government stirred outrage last fall when it allowed only boys to return to Grades 7 and up, but the Taliban insisted this was only a temporary measure. In January their top spokesman, Zabihullah Mujahid, said it “was a question of capacity,” and said he hoped that girls’ high schools would reopen at the beginning of the Afghan school year, on March 23. “We are not against education,” he told journalists.

But on the first day of classes, the education ministry suddenly announced that the girls’ schools would not reopen after all. With such late notice, many went ahead unaware, only to have to kick their students out later that day. Other girls showed up to find the doors of their school locked. These scenes were captured by the foreign press, who turned up to cover what was supposed to be a hopeful day for the country; instead, they broadcast images of crying teenage girls. If the Taliban wanted to sabotage relations with the West, they couldn’t have planned things better.

‘Quite honestly, we had all been counting the days toward March 23 and had been seeing it as, you know, that fork in the road,” Rina Amiri, who was appointed in December to the newly created position of U.S. envoy for women, girls and human rights in Afghanistan, told me. “We had really concrete and detailed discussions with the Taliban and had received reassurances from everyone that we had spoken to that they would actually deliver on this.”

. . . . After the ban on girls’ high schools was upheld on March 23, Virtue and Vice stirred further outrage by announcing a decree on hijab, or Islamic veiling, which stated that women who were “neither too young or old” should cover their faces in the presence of unrelated men, and wear a full-body cloak, or burqa. The best hijab of all, the decree noted, was staying at home; male guardians, not women, would be punished for violations. While in many of Afghanistan’s rural communities and conservative households, face-veiling was the norm, for others, especially urban professionals, it was an attack on their own beliefs and dignity, one that sought to erase women’s faces from public life. Some critics called it gender apartheid.

The problem is that Afghanistan is facing a humanitarian disaster, depending heavily on foreign aid. And the more moderate members of the government know that that aid is endangered if Afghanistan does not empower women. But, as the long article notes, any reform has been stymied by the hard-line Isalmic clerics whose approval is required to change any of the country’s misogyny. It’s sharia law, Jake.

*The sentences have been handed down to the three men already convicted for murdering Ahmaud Arbery, a man shot down because he was jogging while black. All three men, father and son Gregory and Travis McMichael, as well as their neighbor, William Bryan, Jr., had already been given life sentences for a state crime—felony murder. These new sentences are federal charges: “interference with rights — a hate crime — along with attempted kidnapping and weapon use charges.”  The new sentences: life in prison for father and son, and 35 years for Bryan.

They only getting out of jail in a box. All asked to remain in federal custody (presumably they were there because of the impending federal trial), but the judge denied the requests, so they’ll enter the Georgia state prison system. God help them.

*Amazingly, there are still some voters–and candidates–who think that the 2020 election was not only “rigged,” but can still be overturned.  The NYT reports that in Wisconsin, where Republican Lt. Gov. Rebecca Kleefisch is running for governor, she originally said Biden was legitimately elected, but then did a 180 and said the election was rigged.

But that wasn’t good enough for her Republican supporters, who want her to help overturn the election—two years after it took place!

At a campaign stop here last week, one voter, Donette Erdmann, pressed Ms. Kleefisch on her endorsement from former Vice President Mike Pence, whom many of Mr. Trump’s most devoted supporters blame for not blocking the counting of electoral votes on Jan. 6, 2021. “I was wondering if you’re going to resort to a RINO agenda or an awesome agenda,” Ms. Erdmann said, using a right-wing pejorative for disloyal Republicans.

Ms. Kleefisch’s startled answer — “don’t make your mind up based on what somebody else is doing,” she warned, defending her “awesome agenda” — was not enough.

“I’m going to go with Tim Ramthun,” Ms. Erdmann said afterward. [Ramthun is running against Kleefisch in the GOP primary.]

Ms. Kleefisch’s predicament illustrates how Mr. Trump’s supporters have turned fury over his 2020 election loss and the misguided belief that its results can be nullified into central campaign issues in the Republican primary for governor in Wisconsin, a battleground state won by razor-thin margins in the last two presidential elections. G.O.P. candidates have been left choosing whether to tell voters they are wrong or to engage in the fiction that something can be done to reverse Mr. Trump’s defeat.

Dozens of Republican voters and activists interviewed across the state in the last week said they wanted to see lawmakers decertify the state’s election results and claw back its 10 electoral votes, something that cannot legally be done. Nearly all of them pointed to a July decision from the conservative-leaning Wisconsin Supreme Court, which ruled that drop boxes used to collect ballots during the pandemic were illegal under state law, as evidence that hundreds of thousands of 2020 votes should be thro

“Everybody that I’ve talked to voted for Trump,” said Cyndy Deeg, a food industry worker from Larsen, Wis. “He should be reinstated and resume the position, because he never surrendered it.”

These people are bull-goose LOONIES. Reinstated? What world are they living in?

*The Washington Post has an article about the fallout of the Dobbs case and series of maps showing where abortion is still legal and will remain so, where it is banned, where it will be banned, and where it’s endangered. Here’s the map, and it’s depressing (click to enlarge). The purple states are likely to keep abortion legal, and the gray ones, too, but only for now. Look at the red and crimson South! And the Midwest is nothing to be proud of, either. 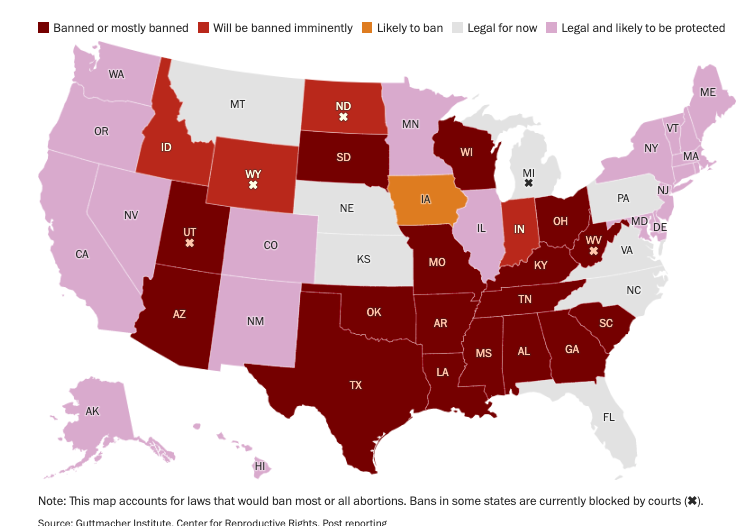 Access to abortion in roughly half the country has changed swiftly after the Supreme Court overturned Roe v. Wade. Providers, patients, lawyers and state officials are scrambling to interpret a cascade of confusing and often conflicting antiabortion legislation, some of it written a century ago.

Thirteen states had “trigger bans” designed to take effect shortly after Roe was struck down. At least eight states banned the procedure the day the ruling was released. Several others with antiabortion laws blocked by the courts are expected to act, with lawmakers moving to activate dormant legislation. A handful of states also have pre-Roe abortion bans that could be reactivated, and others moved immediately to introduce new legislation. Judges have temporarily blocked some state bans.

*Protip: When you google “cat”, you get this result, with a paw icon on the right. Tap it. You can tap repeatedly, too, all over the page after you’ve tapped once. (There is no equivalent for “dog”.) 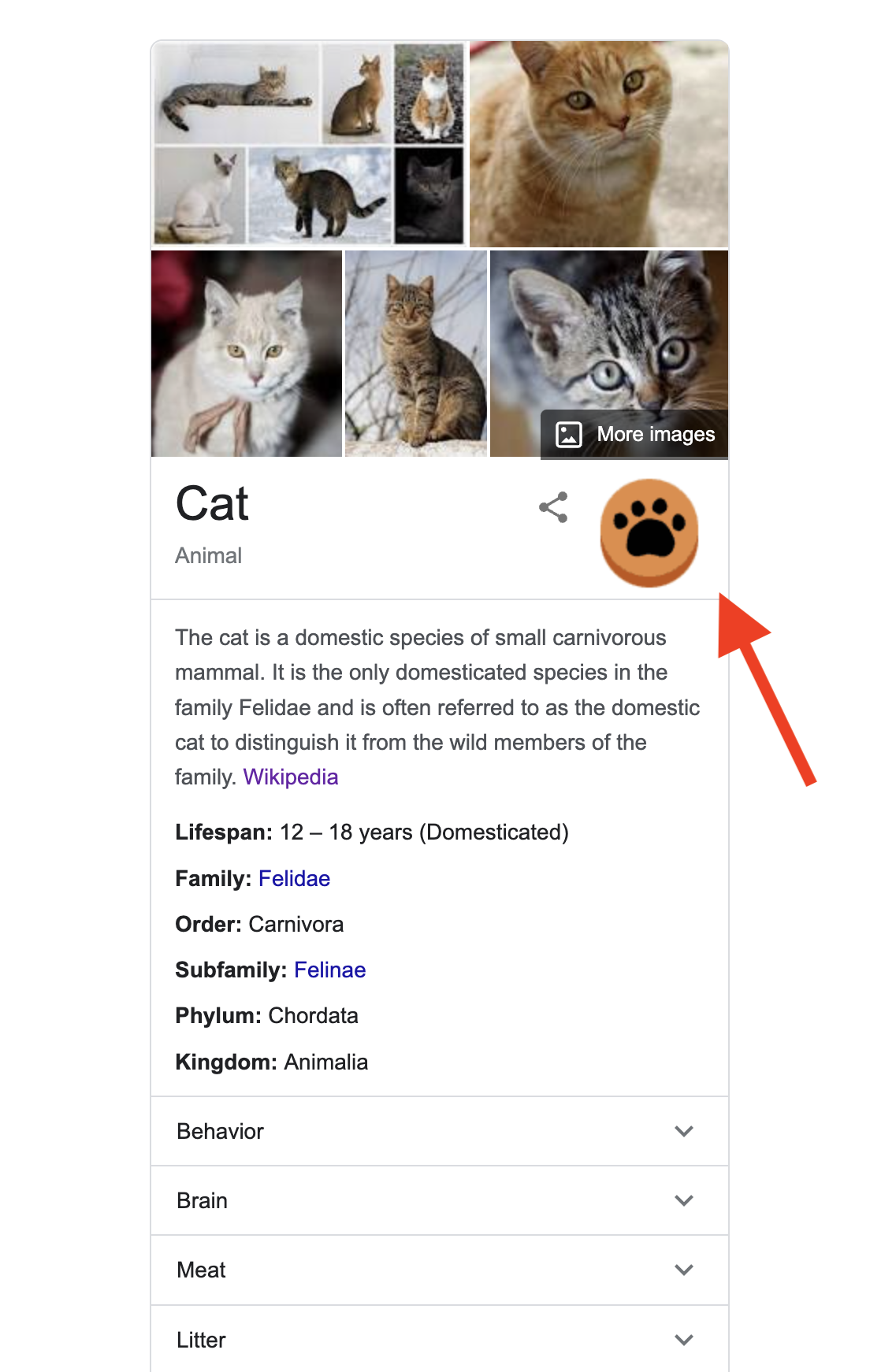 Meanwhile in Dobrzyn, Hili is worried about Israel:

Hili: I’m wondering about the case of Jerusalem.
A: And that means?
Hili: I don’t understand why Western liberals desire so much to give it to Islam. 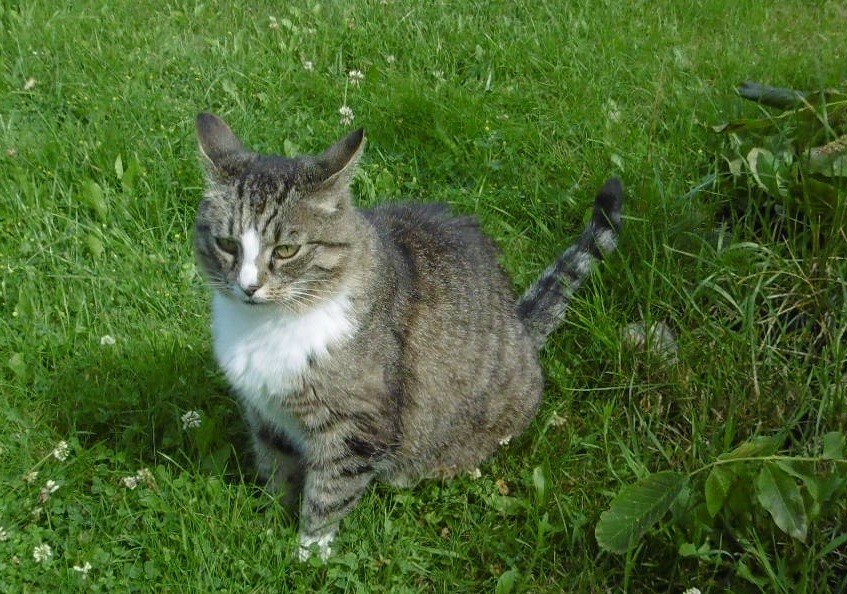 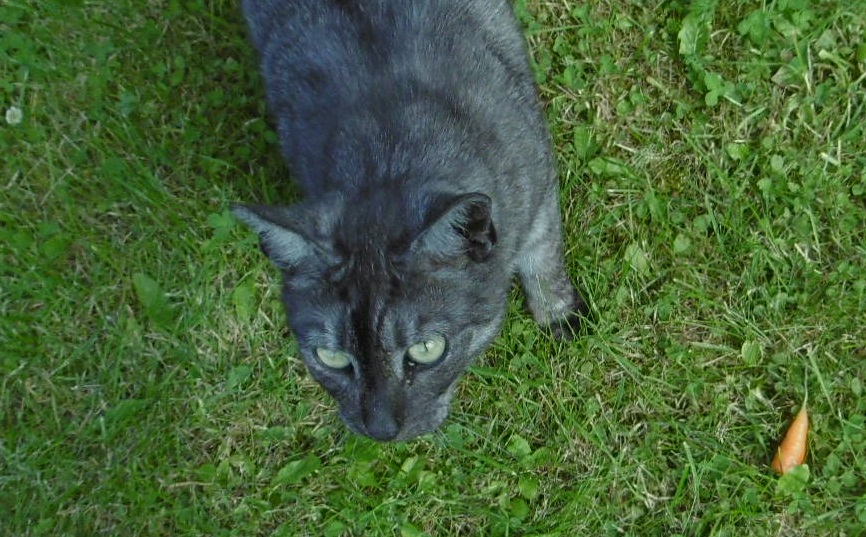 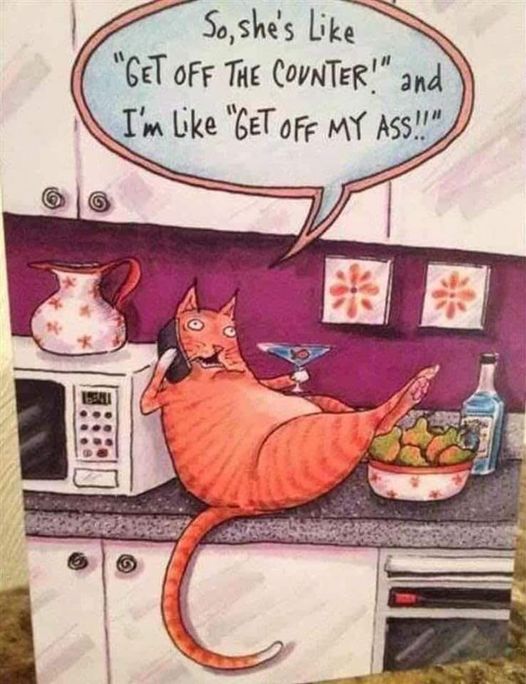 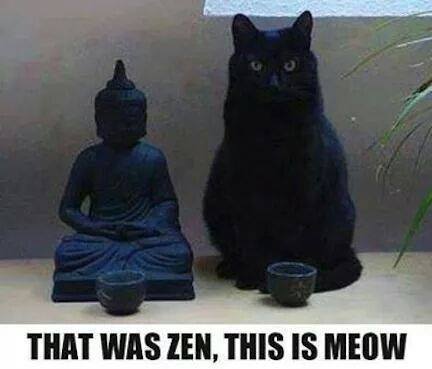 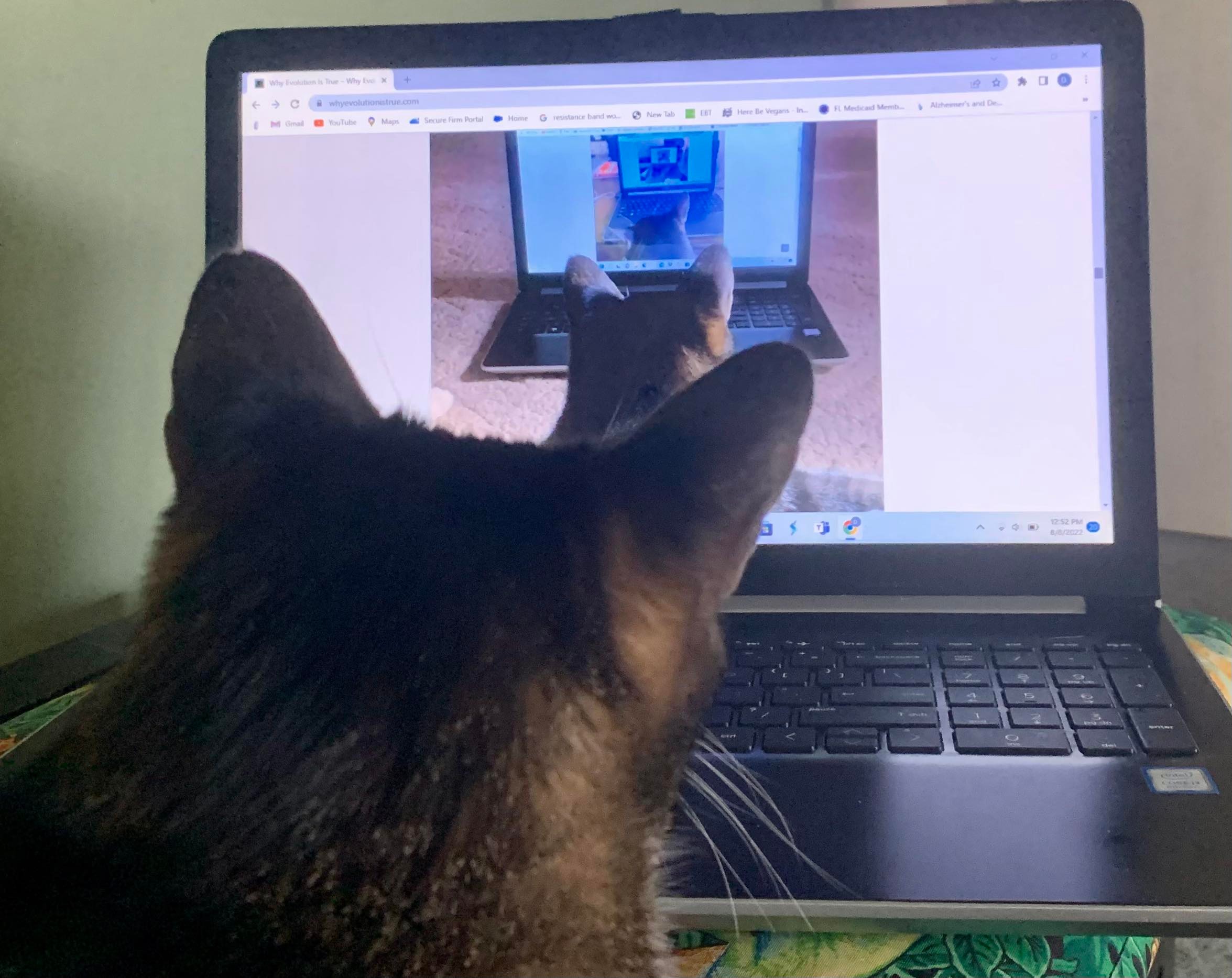 From John van Wyhe. It shows Darwin holding his son William in 1842. I believe this is the only existing picture of Darwin with one of his offspring. For more pictures of Darwin, go here on the the Darwin Correspondence Project site. The photo of Darwin in a top hat riding a horse is a keeper! 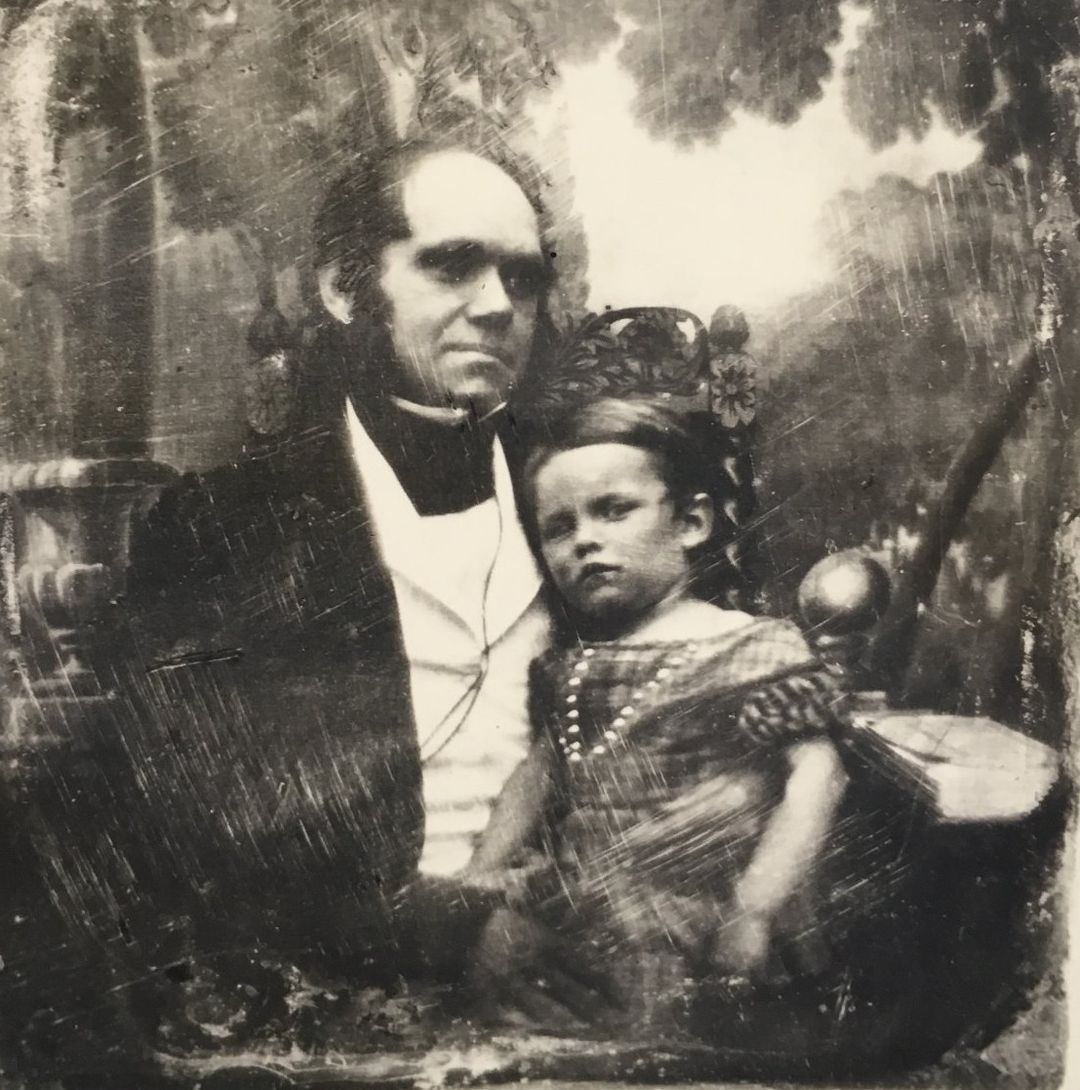 The tweet of God (I haven’t seen His newest Book:

Behold: the updated Canadian national anthem.
From “The Book of Pslams”, My latest scripture, now on sale (and five-star reviewed) at https://t.co/ZzymbSQWR4 and https://t.co/z7tCG7iB0E.
Buy one now, you decade-plus-long freeloaders. pic.twitter.com/iPv0qgm3Vr

Works of illusion and perspective by Patrick Hughes at the Illusion Art Museum in Prague,pic.twitter.com/REXnG82i3c

From Simon, who says, “Tricky things, these boxes.” I wonder how the cat extricated itself:

From Luana, showing how far things have gone in using professional schools for social engineering:

Thread: For faculty seeking promotion and tenure, the UNC School of Medicine requires both "positive contribution(s) to DEI efforts" and a DEI statement.

The school has tried to downplay these requirements, but its own P&T documents reveal the obvious compelled speech issues. pic.twitter.com/wmtYrKZJiy

From Barry, a very patient monkey:

From the Auschwitz Memorial:  A nun gassed because she was born Jewish but converted to Catholicism. The conversion apparently didn’t efface the taint of “Jew”:

Tweets from Matthew. I believe I’ve written about Kiddo before. Yes, indeed I have.

Meet Kiddo the cat. In 1910, he had an eventful flight as a stowaway on airship America. (Leading to one of the first radio communications from an aircraft in flight: “Roy, come and get this —damn cat.”)

This isn’t medieval, so the illustrated cat looks somewhat catlike. The book came out in 1658 although the author died half a century earlier.

This is the best prayer ever! No deity is being importuned or even addressed.

my nephew is learning to pray 🥲 pic.twitter.com/aJzp5bDrC5