It’s time to get back to work on Monday, August 8, 2022: National Rice Pudding Day. At last it’s arrived: a celebration of my favorite dessert! The best version I ever had was at the famous bistro L’Ami Jean in Paris, where you’d get a huge bowl of the stuff, with garnishes on the side, and could help yourself to as much as you want. That was one of the main reasons I went there, but the food was also great.

Here WAS their rice pudding/. I am stupefied: 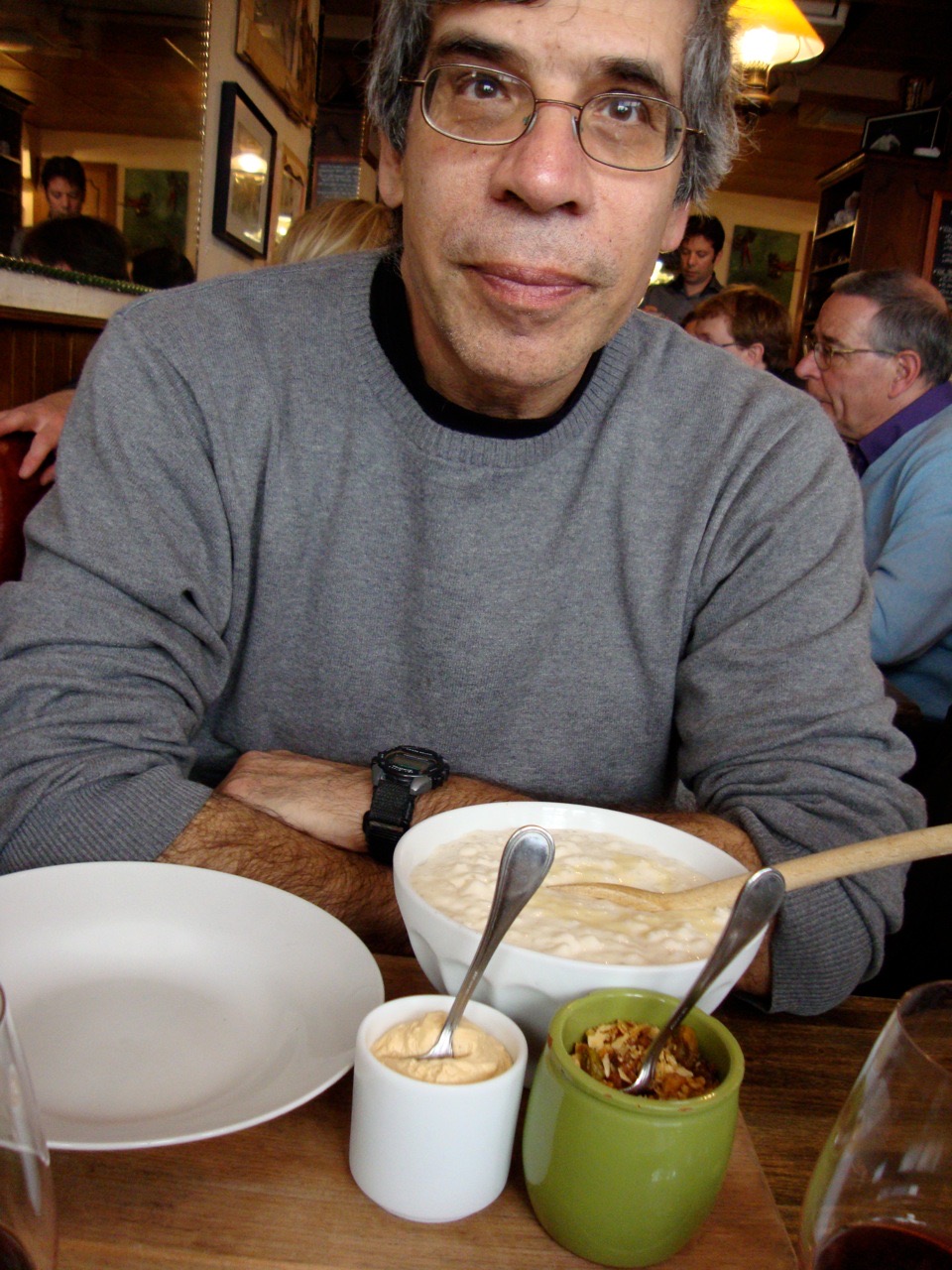 You could even add extra whipped cream! Here’s my first portion (I’d usually have three or so.) 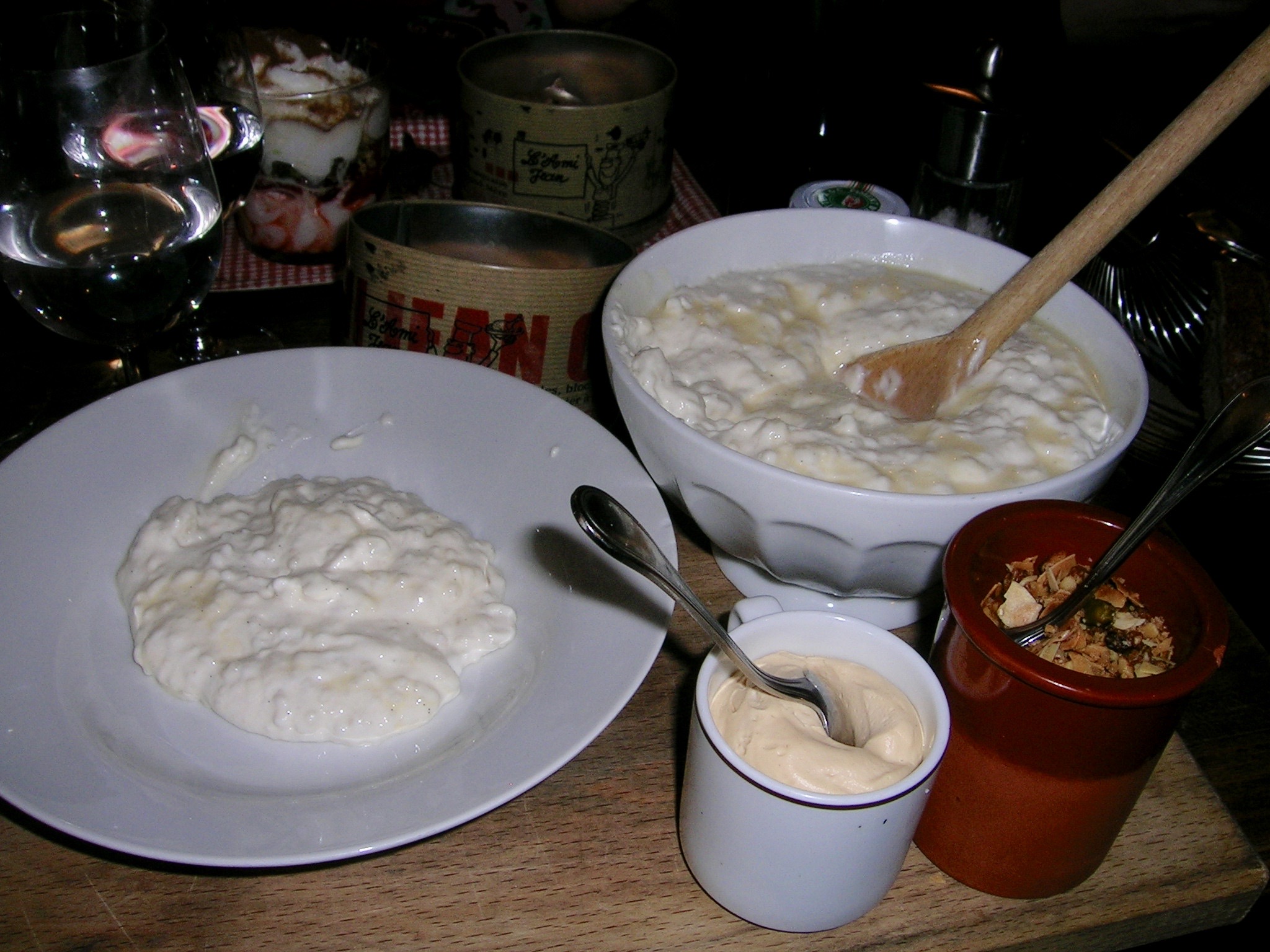 Alas, this is no more. After Adam Gopnik wrote an article about the restaurant (mentioning the pudding) in The New Yorker,  the place went downhill. Food quality dropped, as did portion size, and if you ordered rice pudding you got a smallish individual portion with a wee bit of garnish on top.  I don’t blame Adam, though, as the place was already well known to foodies, both French and Anglophones. But I will never go there again.

It’s also National Zucchini Day, National Frozen Custard Day, Scottish Wildcat Day (I’m still not sure if this is a real species or just feral cats), Happiness Happens Day (from the Secret Society of Happy People), and, best of all, International Cat Day!

Before the iconic photo: 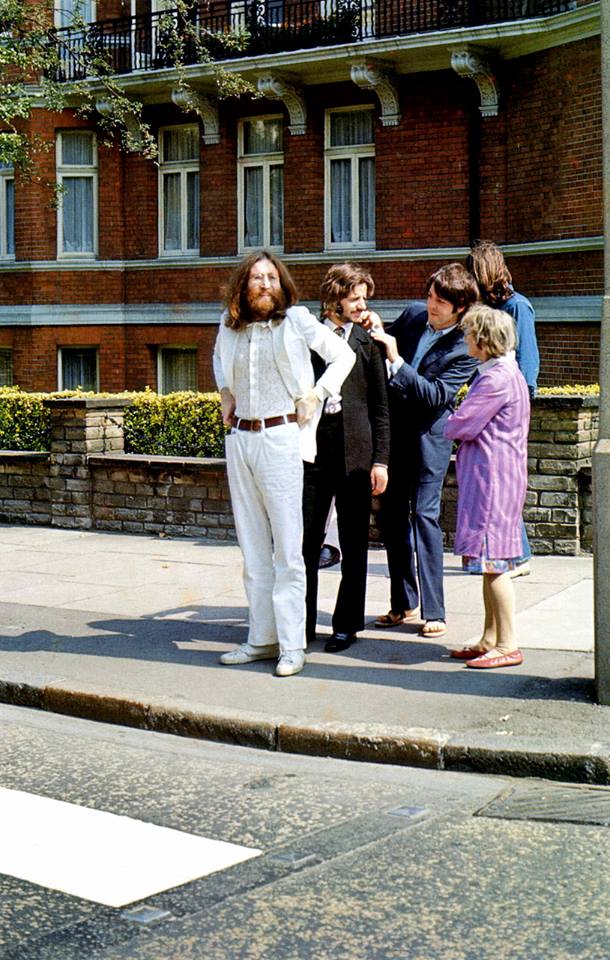 On this day, August 8, in 1975, the first academic paper to use the term "global warming" appeared.

By the brilliant Wally Broecker, its title was "Climatic Change: Are We on the Brink of a Pronounced Global Warming?"

*Huzzah! The Senate passed the climate/tax/prescription drug bill, after pulling an all-nighter on Saturday night and debating until yesterday afternoon. First, I always wondered how aged folk like me could debate all night. The NYT explains(adding that they eat a lot of junk food):

The vote-a-rama (yes, it is actually called that), a familiar but reviled ritual for the octogenarians and elders who make up the Senate, began late Saturday night and stretched into Sunday morning. It was a final chance for Republicans to try to derail Democrats’ top legislative priority — or at least to lob political attacks against them on its path to passage — and a test of Democratic resolve to preserve their delicate compromise.

It was also the ultimate display of senatorial weirdness and dysfunction — a time-consuming exercise that has little impact on policy but keeps senators up through the night, ending only when they run out of steam for offering more amendments. They were still at it midmorning on Sunday after about 12 hours, with no certain indication of when they would finish.

Anyway, the Senators’ vote was 50-50, with no Republicans in favor and with Kamala Harris breaking the tie to achieve 51-50. A squeaker, but Manchin and Sinema were on the side of the angels. The provisions:

The measure, large elements of which appeared dead just weeks ago amid Democratic divisions, would inject nearly $400 billion into climate and energy programs. Altogether, the bill could allow the United States to cut greenhouse gas emissions about 40 percent below 2005 levels by the end of the decade.

It would achieve Democrats’ longstanding goal of slashing prescription drug costs by allowing Medicare for the first time to negotiate the prices of medicines directly and capping the amount that recipients pay out of pocket for drugs each year at $2,000. The measure also would extend larger premium subsidies for health coverage for low- and middle-income people under the Affordable Care Act for three years.

And it would be paid for by substantial tax increases, mostly on large corporations, including establishing a 15 percent corporate minimum tax and imposing a new tax on company stock buybacks.

This may not help Biden become the Democratic candidate in 2024, but it will surely help the Democrats win.

*And, in case you were wondering, here are the latest update of Five-Thirty-Eight‘s prognostications for the midterm election. The Senate is pretty even, but Dems take it in most simulations: 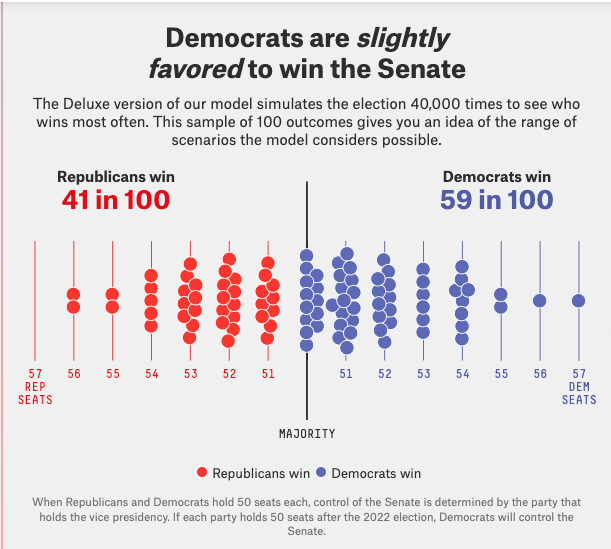 But the House looks dire: 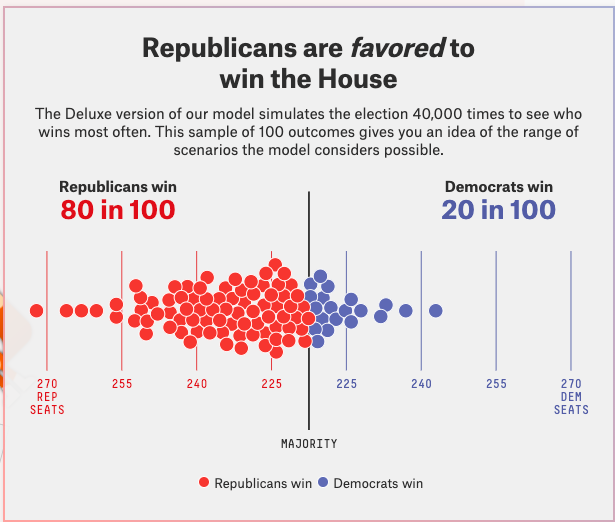 If this transpires, we’ll be in the legislative doldrums, but worse than before because the House won’t be able to pass anything, not even a “reconciliation” bill. .

*The Washington Post‘s Sunday magazine has a photo essay on what’s happened to Afghanistan since the Taliban took over. It’s as some of us expected (those who actually believedthat the Taliban would be less theocratic and would empower women were suckers:

Gone were Western-looking clothes, the cleanshaven bureaucrats and hip youngsters in their skinny jeans and cool haircuts. Men now wore traditionalclothing — the shalwar kameez — and they were growing beards. Women were seen less often in public since many had lost their jobs, especially in the public sector. The Ministry of Women’s Affairs was shut down, and its building now housed the Ministry for the Promotion of Virtue and Prevention of Vice — the religious police who enforce the Taliban version of sharia law.

Those are the guys who beat women who aren’t sufficiently covered.  And of course women can’t go to college, despite the Taliban’s promises. Religion poisons everything.

*At the same time that primaries in the U.S. are being won by candidates who have an endorsement from Trump, it’s not clear, according to the Wall Street Journal, whether a Trump run for the Presidency in 2024 will get much enthusiasm from his fellow Republicans.

But as Mr. Trump weighs a new campaign for the White House in 2024, many GOP lawmakers aren’t ready to throw their support behind him. In interviews with nearly three dozen Republican lawmakers who were asked whether Mr. Trump should run, many deflected the question, saying that Mr. Trump’s decision is up to him without endorsing the idea.

Only four affirmatively said that they wanted Mr. Trump to try for another term, while three others said they hope he stays out, citing what they see as his divisive style of politics, his age, and the rise of other promising Republicans interested in the White House.

“I think we need a new generation of leadership,” said Rep. Chris Jacobs (R., N.Y.), who is retiring after this term. His was the most pro-Trump congressional district in New York state in 2020. “I support a lot of Donald Trump’s policies. And I think that they benefit this nation. But I think it’s time to move on.”

Here is my dream, which is mine: Ukraine beats the crap out of Russia, the Dems take the Presidency, House, and Senate in 2024, and Trump goes to jail for fomenting sedition. Oh, and Elizabeth Holmes also gets a couple years of jail time, too.

*Over at the Atlantic, Ibram X. Kendi excoriates the government for sexism and racism, saying that there’s a double standard when treating the violence caused by street gangs and the “violence” (he means “unwanted sexual contact”) caused by college fraternities. To do this, he, citing dubious statistics, incomparable statistics, and to say this:

He decries the fairness in campus sexual misconduct hearings promoted by Betsy DeVos (one of the few good things the Trump administration did), and says that America goes too hard on gangs and too soft on fraternities.

This double standard is both racist and elitist. After all, the stereotypical gang boy is poor and non-white. The stereotypical frat man is elite and white. And the double standard is sexist, as well. A blinding toxicity of masculinity prevents some Americans from truly caring about the typical victim of sexual assault on college campuses in the way they care about the victim of urban violence.

I’m not sure why the Atlantic allowed such a shoddy and poorly written piece in their august pages, except that the author is Ibram Kendi. In response to Kendi’s article, “What’s the difference between a frat and a gang?”, one Twitter wag responded:

Answer: In the aggregate, the difference amounts to about 1,300 homicides and $120 billion in illegal drug sales per year. pic.twitter.com/35lS03aLX3

Szaron Where were you walking?
Hili: To and fro.
Szaron: I will go there as well. 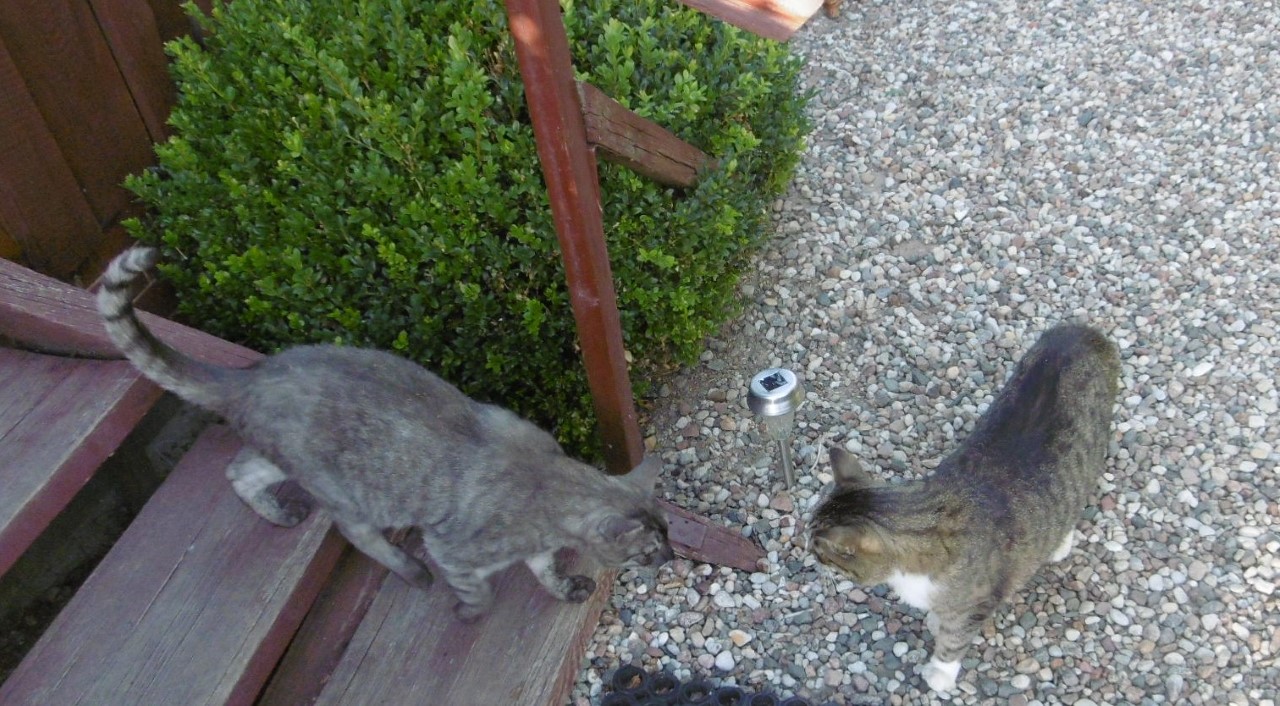 And a lovely picture of Szaron kissing Andrzej: 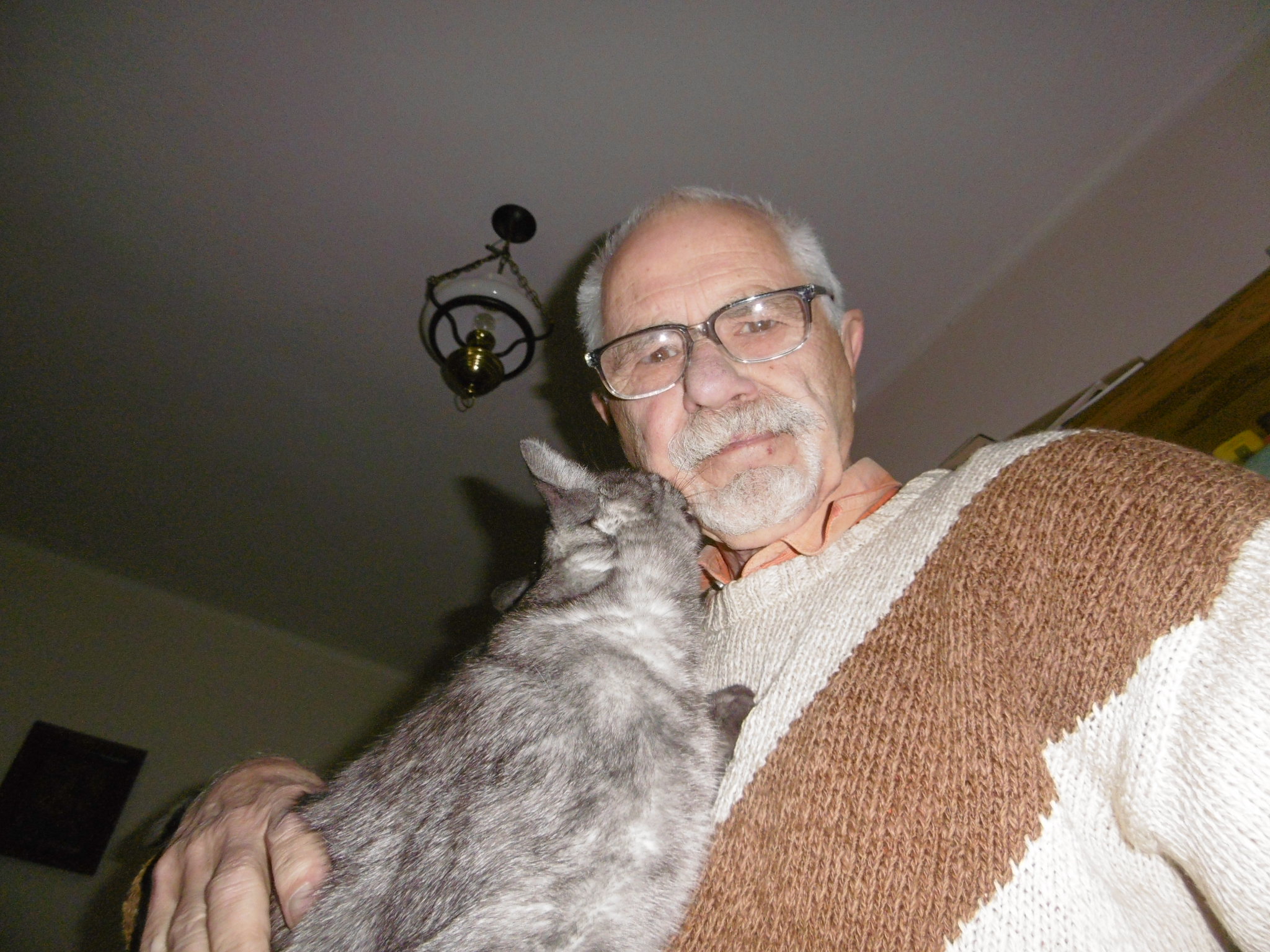 Finally, a big announcement: Leon turns eight today! Hard to believe; I knew him as a kitten. Elzbieta has written birthday greetings to her cat, and Malgorzata translated them: 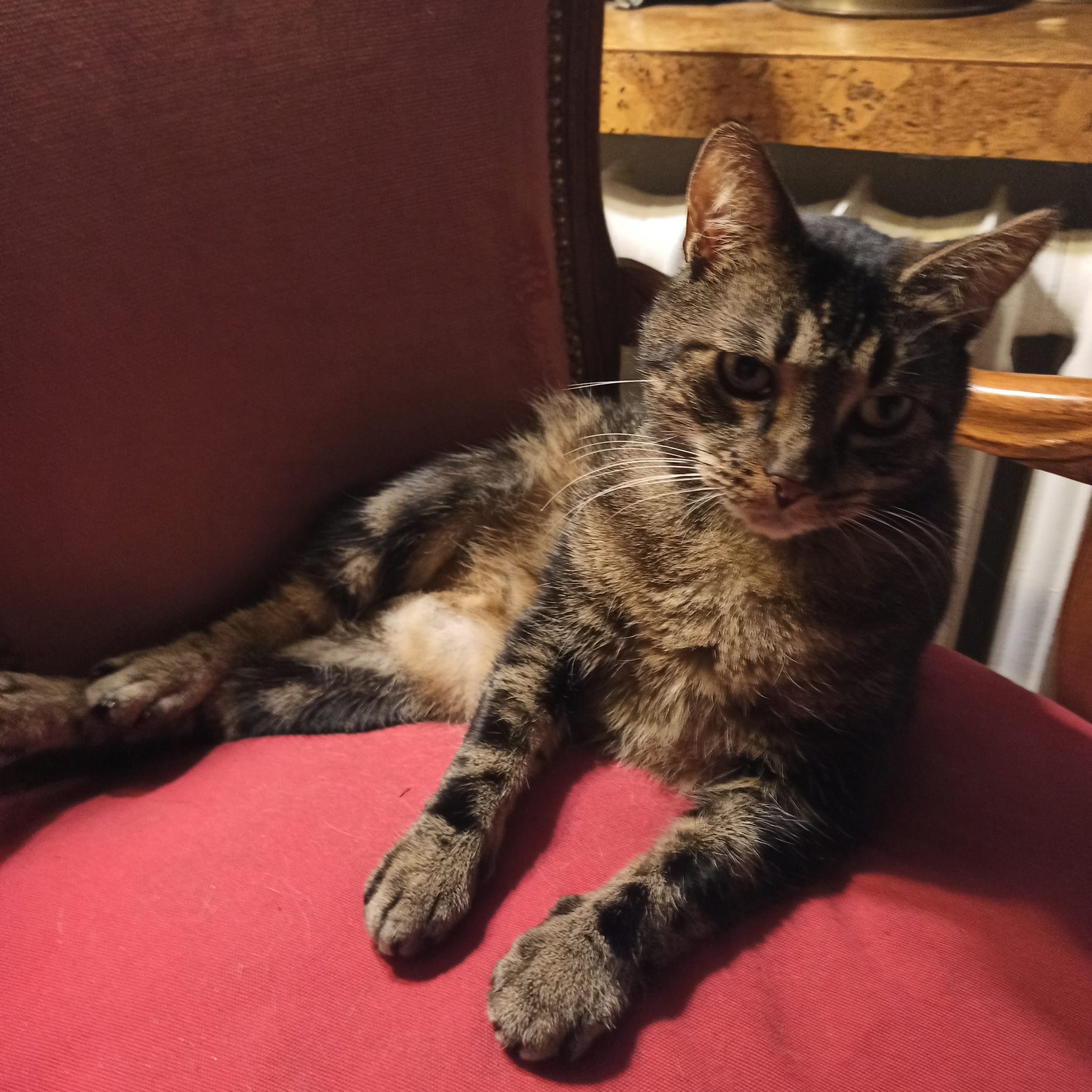 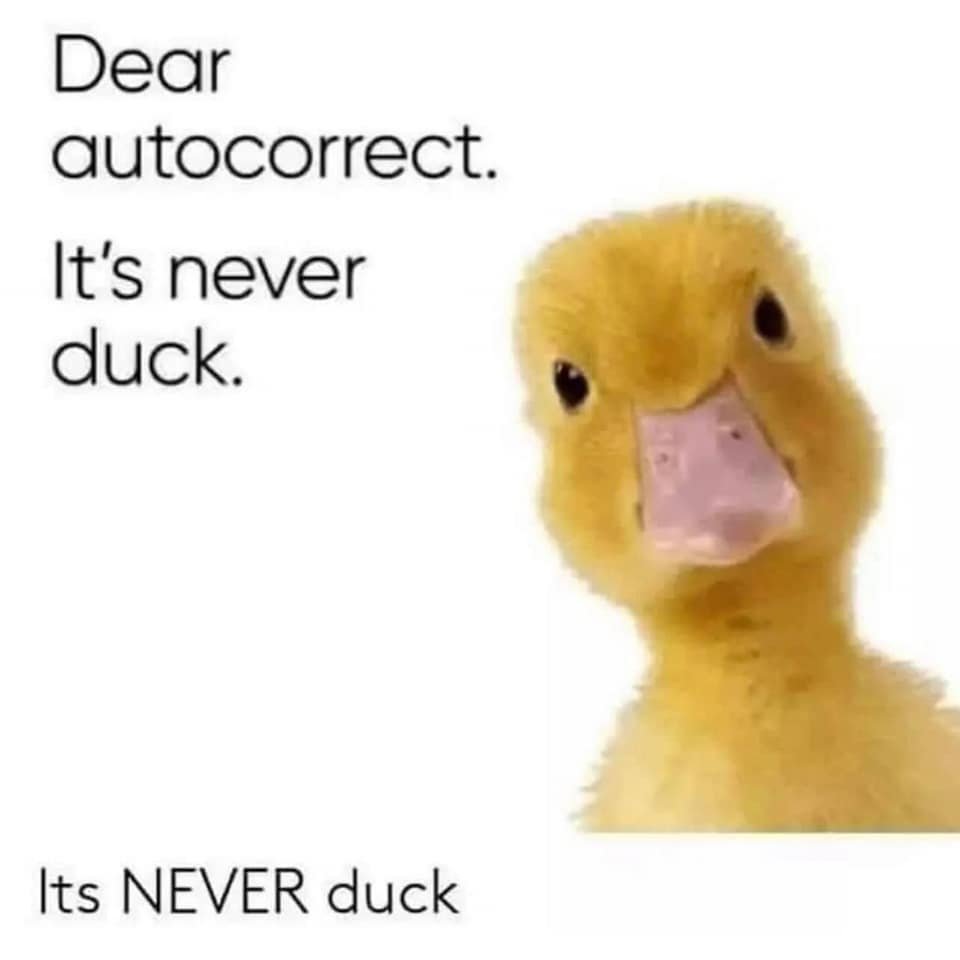 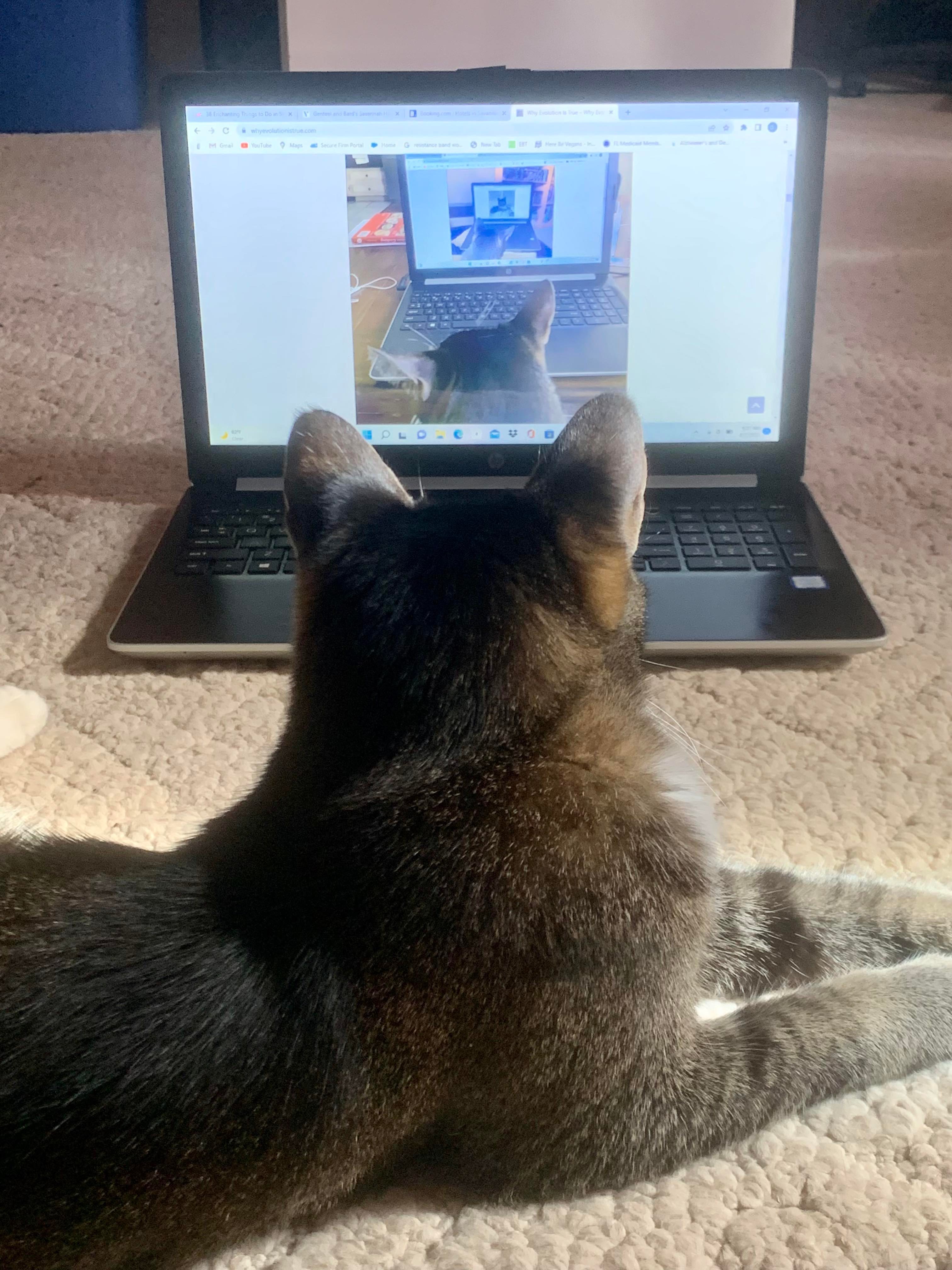 You are a device for your phone.

From Simon, who says, “I thought this was cool – nuclei in purple, membranes in white. Vellutini’s website gives more info.”

From Athayde. I wonder if the mother in the second tweet is humoring the kitten with its giant leap into the air.

From the Auschwitz Memorial; a survivor of three camps passes away.

She was born in Krakow.
In #Auschwitz from 30 may 1942.
No. 7566
Evacuated to KL Ravensbrück & liberated in Neustadt-Glewe.
A journalist, writer, author of 'The Passenger.’https://t.co/MlfsNQQHre pic.twitter.com/0wGivLGwv1

Tweets from Matthew. Here’s a building giving you the raspberry:

This police station made a face at me. #Westervoort #facesinthings pic.twitter.com/yQJxg6WeVN

Is this for real? Are those testicles or kidneys?

And the world’s most beautiful tarantula. I would have thought the color was artificially enhanced, but the person’s arm shows that it’s real:

Poecilotheria metallica, also known as the peacock tarantula, is the only species in its genus to be covered in blue hair: it also exhibits an intricate fractal-like pattern on the abdomen [read more: https://t.co/Z4fPcgPzjB] [clip by Daniel Vamu: https://t.co/in7lRiwh4K] pic.twitter.com/wC9IxyPWmn