Yes, folks, this is the last one I have in the till, so if you don’t submit one or two photos and a brief commentary (preferably but not necessarily about your quarantine activities), I will shoot this dog.

I’m a 50 year old Australian-American, a former Wall St. attorney and now writer living in the center of the hot zone during the new “Corona-cene”: Chelsea, Manhattan.

Its a weird world here right now in a curfew wrapped in a lock-down playing out in a half abandoned, recently boarded up neighborhood and I write about it for various lefty websites. I used to write about foreign politics, the law and psychology but my editors mainly want stories about how NYC is getting by now.

[JAC: You can find an example of David’s published prose here.]

I’m kept on an even keel by my d-g who, by most accounts of people who like me admit: “is a goood boy!” – a ten year old Mini Australian Shepherd named “Aussie” who allows me an excuse to get out of the apartment so we (him, mainly) go downstairs to 8th Ave for a piddle.

JAC: Here’s a photo called “Dave and Dog Have a Relax”: 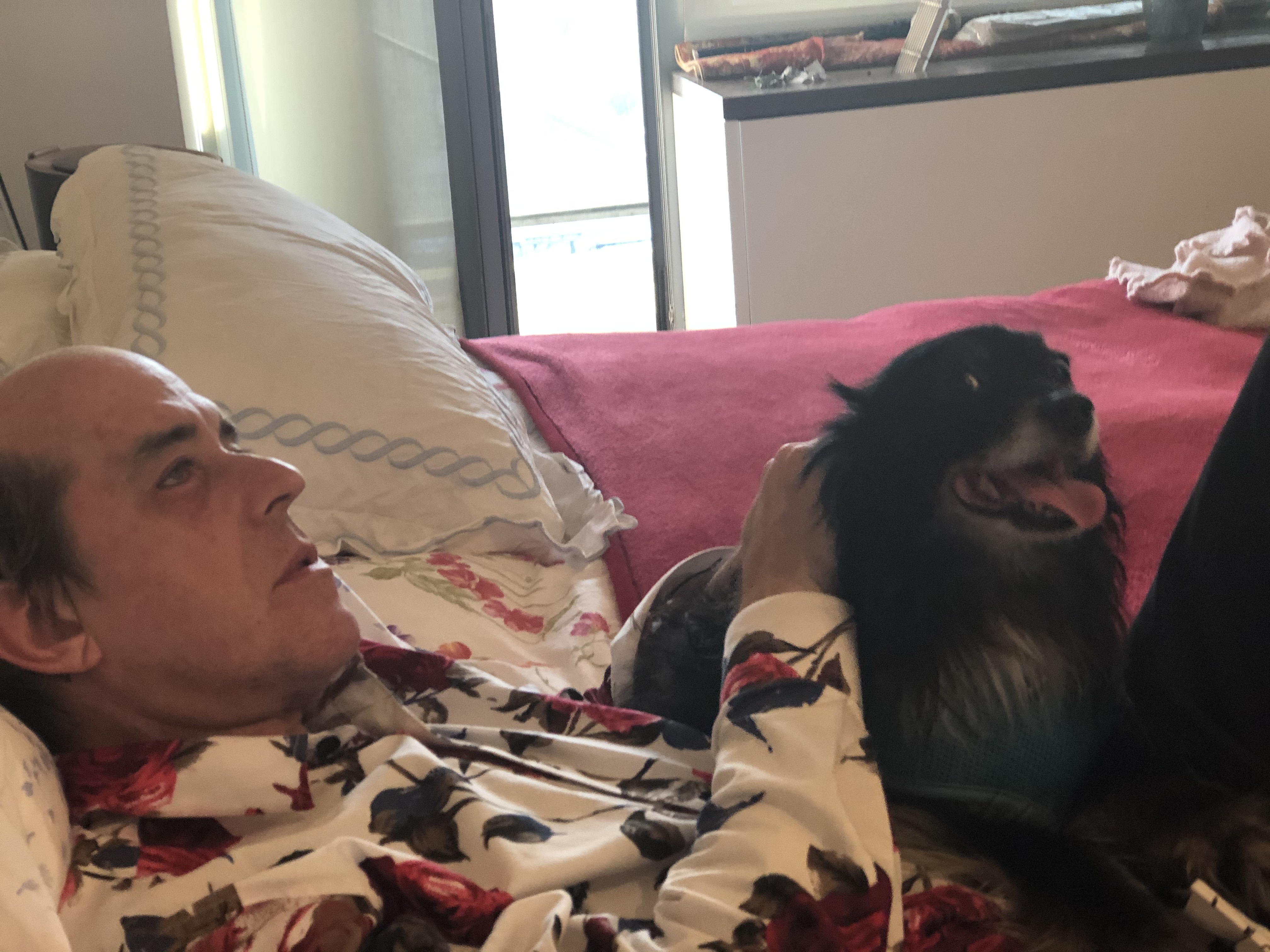 Life is not bad here all things considered and I’m lucky the individual lottery of life circumstances allows me and Aussie to live in peace and we are fed (WITH TREATS!) for which we’re very thankful.

The large, ocean liner like building behind my balcony there (and thank goodness for balconies!) is the old Port Authority of NY/NJ Building and was where the first intercontinental cable “came up” out of the sea from Europe about a century ago.

Now it is Google’s East Coast HQ. They “rainbow-ize” the “oo”s in their big sign every June but unlike other years there’ll be no big gay parade this year here in Chelsea. And their office windows are boarded up, but like haircuts for me and “Aussie” it’ll all come back one day. 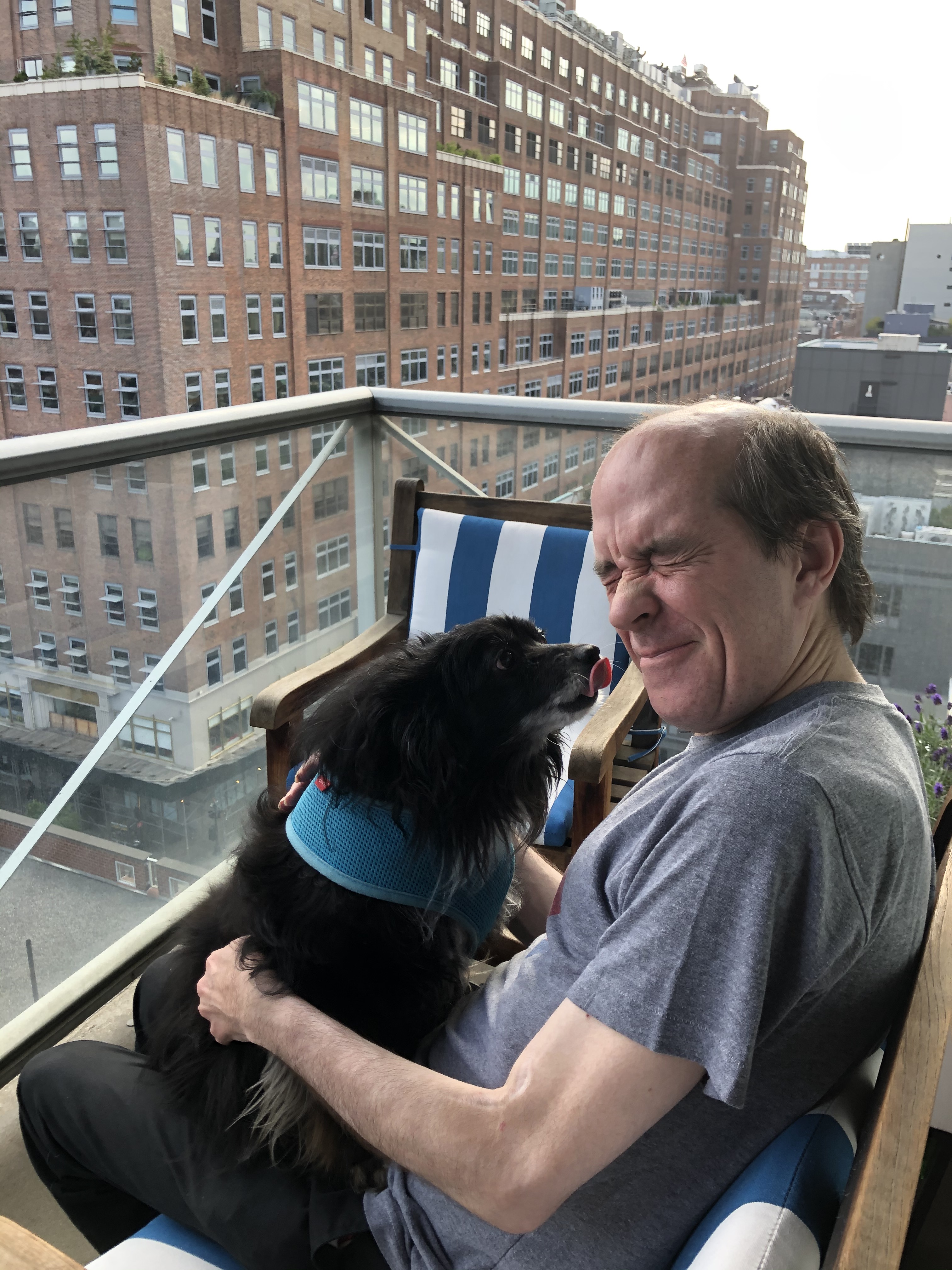 16 thoughts on “Photos of readers”