The classic tale of “gene-culture coevolution” in humans—the notion that cultural changes in behavior changed the selection pressures that impinged on us—is the evolution of “lactase persistence” (LP) over the past four thousand years.  LP is a trait that allows you to consume, as an adult, lots of milk or dairy products without suffering the side effects of indigestion, flatulence, or diarrhea.

Young children are able to tolerate milk while nursing, of course, but after weaning many of them no longer tolerate milk—they are lactose intolerant (LI). The ability to digest lactose goes away after weaning because the gene producing the necessary enzyme gets turned off.

The gain of LP, which enables you to drink milk and eat dairy products into adulthood without ill effect, rests on single mutations in the control region of the gene producing lactase, an enzyme that breaks down the milk sugar lactose.  These mutations have arisen independently several times, but only after humans began “pastoral” activities: drinking milk from domesticated sheep, goats, and cows. And the mutations act to keep lactase turned on even after weaning. (Why humans turn off the gene after weaning isn’t known, but presumably involved the metabolic cost of producing an enzyme that wasn’t used in our ancestors, who didn’t drink milk after weaning until about about 10,000 years ago—when farming and animal domestication began.)

Based on analysis of fossil DNA, the LP mutations began spreading through Europe (starting from what is now Turkey) about 4000 years ago. And so the classic story—one that I taught my evolution classes—is that humans began drinking milk from captive herds, and that gave an advantage to retaining the ability to digest milk even after weaning. Ergo, natural selection for the nutritional benefits of milk led to the spread of LP mutations, as their carriers may have had better health (ergo more offspring) than individuals who turn off the enzyme at weaning).

This leads to the “coevolution” that is the classic evolutionary tale: a change in human behavior (raising animals for milk) led to selection for the persistence of the milk-digesting enzyme, and thus to genetic evolution. The “coevolution” part is the speculation that being able to digest milk without side effects would cause humans to raise even more dairy animals and drink even more milk, intensifying the selection for LP, and so the gene for LP would keep increasing in frequency.

A new paper in Nature, which is being touted all over social media, argues against this classic story, suggesting that it’s more complex than previously envisioned.  Although the new results are touted as overturning the earlier story, they really don’t. There is still human genetic evolution promoted by a change in culture, and there’s still a reproductive advantage in drinking milk.

The new part of the story is simply that that reproductive advantage comes not constantly (as previously envisioned), but only during times of famine and disease, when those who couldn’t digest lactose were at a severe disadvantage because the diarrhea caused by lactose intolerance would contribute to the death of diseased or malnourished individuals. This is a twist on the main story, but doesn’t overturn it completely. There’s still the connection between culture and human evolution, and there’s still a reproductive advantage to LP that leads to natural selection and genetic evolution of our species.  What’s different is how and when the selection acts (see “the upshot” at the bottom).

Click the title screenshot below to read, or you can download the pdf here. The full reference is at the bottom, and Nature deemed this worthy of two News and Views pieces in the same issue: (here and here).

First, the authors show the spread of dairy use in the figure below (the redder the color, the more milk usage over time in Eurasia. This was estimated from looking at the frequency of pot shards that had milk residue (click to enlarge). By 1500 BC, milk use was widespread.

One reason the authors doubt the classical story is that while dairying and milk-drinking by adults began about 10,000 years ago, the gene for LP (determined from sequencing “fossil DNA”) didn’t spread widely until about 4,000 years ago.  Why is that? The mutation for LP is dominant, which means it could have spread widely very quickly, as even carriers of one copy would have a reproductive advantage. This temporal disparity is what led the authors to propose their alternative hypotheses for the spread of the LP alleles (there are several).

Further, when the authors tried to correlate the frequencies of the LP allele with the frequency of milk use (the classical explanation), they found no correlation—that pattern was indistinguishable from a general rise in frequency over Europe regardless of milk use.

One other set of data led to the new hypothesis. That is the observation that LI people in both Britain and China can still drink lots of milk without suffering any measurable health or reproductive effects (milk drinking has recently proliferated in China).  Of course, things are different now from 4000 years ago, but one of the differences led to the authors’ two hypotheses: the spread of the LP allele was promoted especially strongly in prehistoric times by the prevalence of famine and of disease—with the latter coming often from animals, either domesticated or those that hang around settlements. (As the authors note: “about 61% of known and about 75% of emerging human infectious disease today come from animals”).

So the authors erected two hypotheses, the crisis mechanism and the chronic mechanism. I’ll let them describe the hypotheses that they tested (my emphases)

Given the widespread prehistoric exploitation of milk shown here and its relatively benign effects in healthy LNP individuals today, we propose two related mechanisms for the evolution of LP. First, as postulated in ref. 24, the detrimental health consequences of high-lactose food consumption by LNP individuals would be acutely manifested during famines, leading to high but episodic selection favouring LP. This is because lactose-induced diarrhoea can shift from an inconvenient to a fatal condition in severely malnourished individuals and high-lactose (unfermented) milk products are more likely to be consumed when other food sources have been exhausted. This we name the ‘crisis mechanism’, which predicts that LP selection pressures would have been greater during times of subsistence instability. A second mechanism relates to the increased pathogen loads—especially zoonoses—associated with farming and increased population density and mobility. Mortality and morbidity due to pathogen exposure would have been amplified by the otherwise minor health effects of LNP in individuals consuming milk—particularly diarrhoea—due to fluid loss and other gut disturbances, leading to enhanced selection for LP We name this the ‘chronic mechanism’, which predicts that LP selection pressures would have increased with greater pathogen exposure.

They tested the two hypotheses by correlating indices of famine and of disease deduced from archeological and paleontological evidence:

Crisis mechanism: “Subsistence instability”, or famine, was assessed by prehistoric fluctuations in population size, which, the authors say, is correlated with the likelihood of famine (they provide no evidence for the latter supposition). But the correlation gives a significantly better fit to the pattern of LP allele frequency than just assuming uniform selection over time and space.

Chronic mechanism:  The authors hypothesized that the frequency of disease would correlate with the likelihood of “zoonoses” (diseases caught from animals), which itself would correlate with temporal variation in settlement densities.  These data, which to me would be correlated with “prehistoric fluctuations in population size” above, also explained LP allele frequencies better than an assumption of uniform selection.

Of course, there’s no reason (and the authors say this) that both mechanisms couldn’t operate together. Curiously, though, indices of the density of domestic animals did not support the “chronic mechanism” though measurements of the proportion of wild animals around humans did.  This implies that, if the “chronic mechanism” is correct, people were getting sick not from their horses, dogs, cattle, or sheep, but from wild animals (perhaps from eating them).

Other hypotheses that the authors mention but didn’t test include “drinking milk as a relatively pathogen-free fluid”, allowing “earlier weaning and thus increased fertility.” I would add that if diseases are causal here, they could come not from being around animals, but having drunk contaminated water, giving an advantage to those who prefer milk. But there’s no way of assessing that from the archaeological record.

The upshot: On the last page of the paper the authors say that they’ve debunked the prevailing narrative:

The prevailing narrative for the coevolution of dairying and LP has been a virtuous circle mechanism in which LP frequency increased through the nutritional benefits and avoidance of negative health costs of milk consumption, facilitating an increasing reliance on milk that further drove LP selection. Our findings suggest a different picture. Milk consumption did not gradually grow throughout the European Neolithic period from initially low levels but rather was widespread at the outset in an almost entirely LNP population. We show that the scale of prehistoric milk use does not help to explain European LP allele frequency trajectories and thus it also cannot account for selection intensities. Furthermore, we show that LP status has little impact on modern milk consumption, mortality or fecundity and milk consumption has little or no detrimental health impact on contemporary healthy LNP individuals.

Instead, they say that they find support for the increase of LP alleles through both famine or pathogen exposure.

Well, the data are the data, and their indices comport better with those data than does the classical hypothesis—the “prevailing narrative.” I’m still not convinced that their proxies for famine or disease are actually correlated with famine and disease themselves, but other researchers will undoubtedly dig into that.

What I want to emphasize is that if the work of Evershed et al. is accurate, it still does not overturn the story of gene-culture “coevolution”.  The “coevolution” is still there, the fact that a change in human culture influenced our evolution is still there, and the fact that drinking milk conferred higher reproductive fitness is still there. What has changed is only the nature of selection. Granted, that’s a significant expansion in understanding the story, but to listen to the media—social or otherwise—you’d think that the “classical narrative” is completely wrong. It isn’t. It’s still correct in the main, but the way selection acted may be different from what we used to think. The media love “evolution scenarios are wrong” tales, and that seems to be the cast of at least some stuff I’ve seen in the news and on social media. 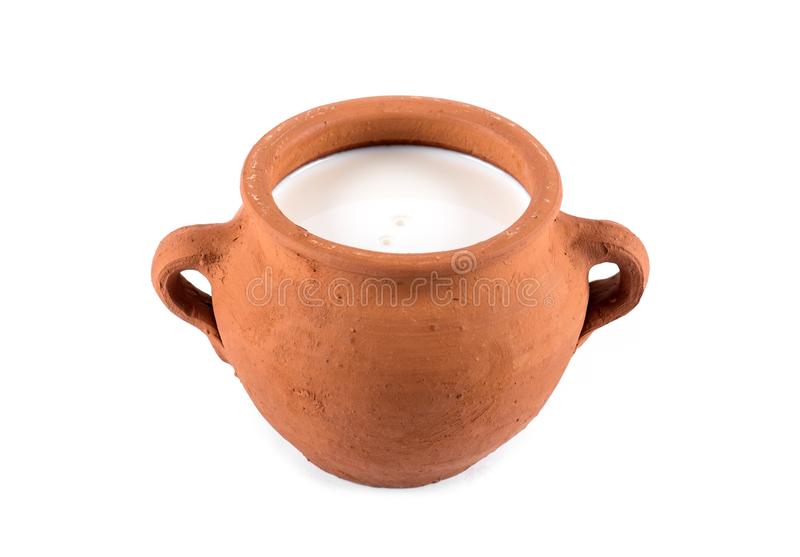 28 thoughts on “Lactase persistence in populations that drink milk: a classic story of human evolution re-evaluated”