As I wrote yesterday, one of Audrey’s babies flew away, but didn’t fly very dexterously, as it crashed into the side of the Regenstein Library across the street from Botany Pond, and died from the collision. We were all heartbroken, as it was just starting its voyage into the Big World Outside.  I went across the street to retrieve the body, which was surprisingly hefty, carried it back to the pond, and put it on some steps going down to a building basement so nobody could see it. I than asked about removal, and was told that there was a procedure on campus for disposing of dead animals.

I asked that they do it, told them where the body was, but nothing happened. Late this morning it was still there, and the flies and ants were starting to go after it. It was disturbing on a number of counts; the unfilled three requests, the fact that I had to see it when I went to the pond, the fear that it would attract a predator (we have coyotes around campus), and the nagging feeling that, after having helped raise this duck, we were treating it disrespectfully.

I’m not religious, but when a Team Duck member volunteered to take it home and give it a proper burial in her backyard, I thought that was a great solution.

And so it is done. Here’s where the duck lies, underground and covered with a handpainted stone. My mental epitaph is this:

“Here’s lies a beautiful unnamed mallard, gone too young, and known but to Mother Nature”. 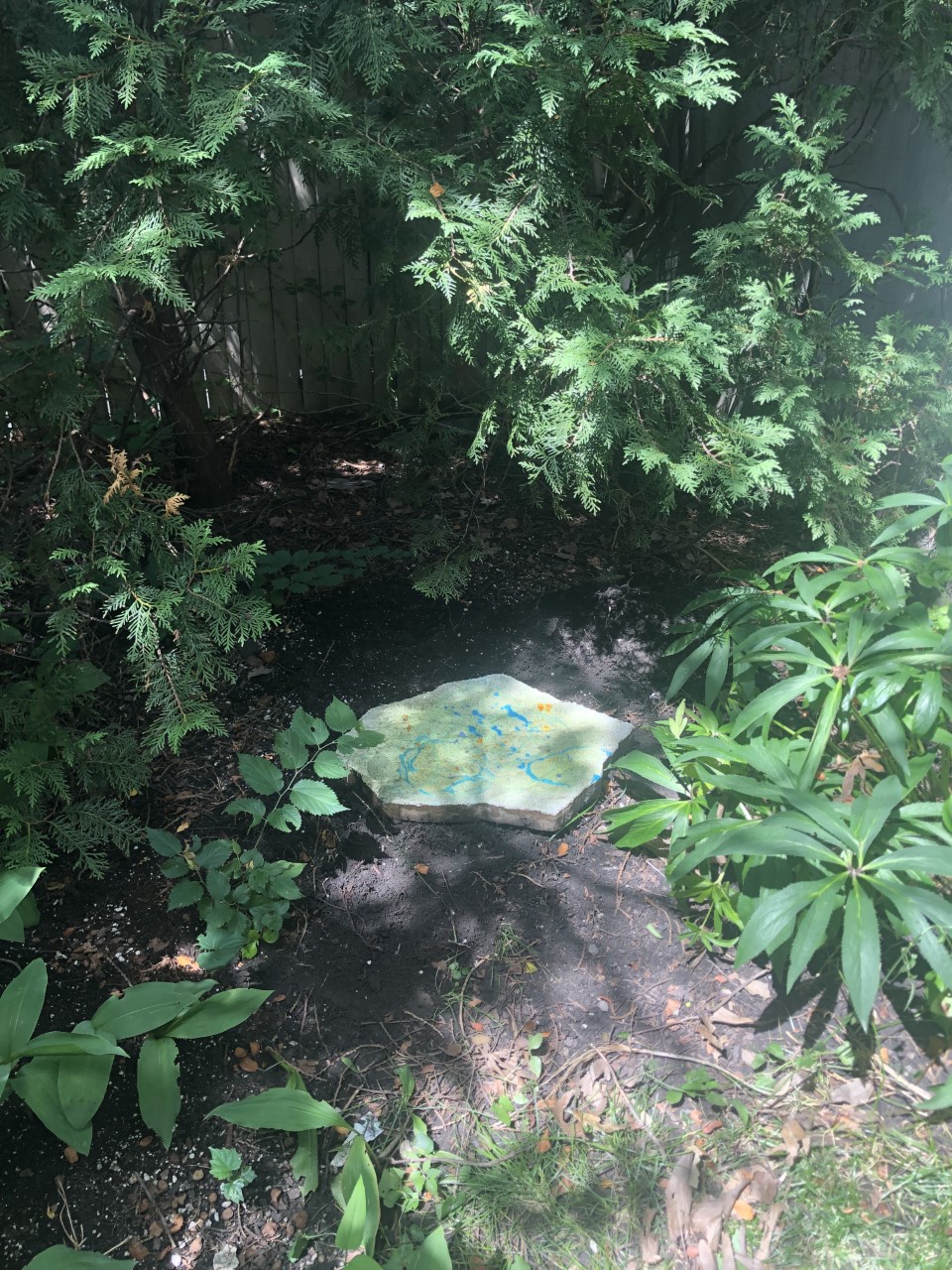 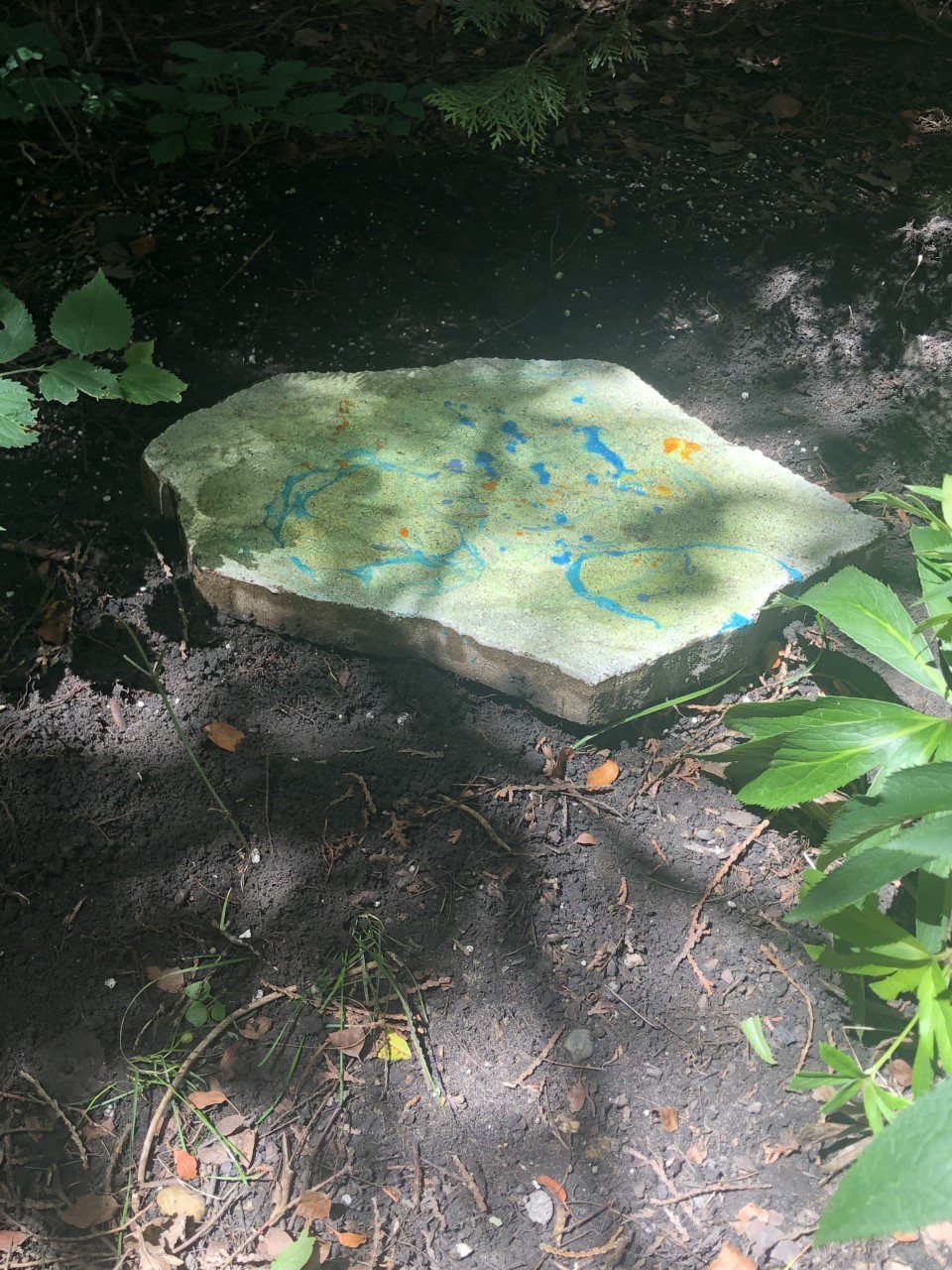 It rests in the shade, under a tree, and has a lovely headstone. This is all we could do.

Three more juveniles are gone today, undoubtedly flying away during the night. They always leave before dawn, which of course can lead them into colliding with buildings.