Hili: Again the same as always?
A: And that means?
Hili: Planning subsequent steps. 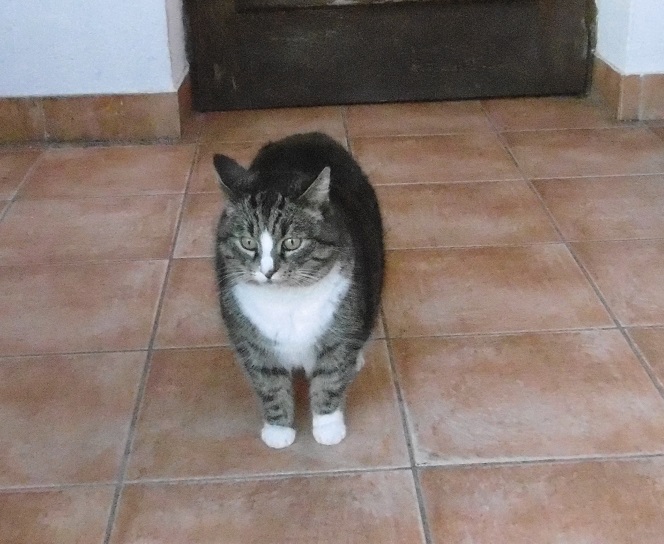 Some African dogs having fun

Special escort down to the gate on my way to the airport 😭.

(These young guys burst out of the bush and onto the road already running as we were driving by and could have re-entered the bush at any time.)#TIA pic.twitter.com/kqF1X4Agor

Did u know?The overly-long & elegant antennae on this moth are a mystery 2 me. 1 of my students told me that males wiggle them 2 attract females. My books haven’t revealed their function. In the meantime,let’s just enjoy this beautiful creature 4 its mysterious grace. #MHHSBD pic.twitter.com/LrwG3Z49ik

The duck is in fact between Manchester and Salford, on the River Irwell that marks the boundary between the two cities.

Here’s one I found in Italy pic.twitter.com/U3IWnuJalc

And to close, an excellent Jewish joke via Simon:

Press: Mrs. Zelensky, the whole world admires your son Volodymyr for his bravery and leadership. You must be very proud.

Mrs. Zelensky: My other son is a doctor.