The passengers are learning their way about the ship, and I needed some relearning as well, for the food-dispensation system has changed. My situation is doubly complicated because I’m a hybrid between crew and passenger, and the crew eats in the crew mess, usually gobbling down food to get back to work. It’s not a place to linger, but it’s where you have to go to meet the terrific group of young staff and the working crew who serve everyone else.

I secured permission to eat in both places, as I want to eat with both passengers who listen to my talks and like to learn about evolution at dinner or lunch. I swear: cruise-ship passengers are a gazillion times more enthusiastic than many undergraduate students, and love to discuss stuff and ask questions.

But the first five days, as a “bubble”, I couldn’t swap around, so I’ll eat with the PAX (ship and plane slang for “passengers”) for five days and then swap as the laws of physics dictate between the crew mess and the dining rooms.

Tonight, though, hungry and sleepless, I opted to do the simplest thing: order takeout from the informal “Fredheim”, which is bascially a very high-class burger joint that serves burgers and other simple things for dinner, but for takeout only burgers. They let me order one of their milkshakes, though, which are justifiably famous (you’re not supposed to take out the shakes). I just ate in my cabin what is below: a rare “Fredheim classic” burger with fries, garlic aoli, pickle chunks, and a piece of raisin spice cake. It was terrific. I’ll wait till tomorrow before I eat “normal” passenger food, but I do tend to avoid the fancy dinners served in courses. And there’s a side of hand sanitizer if you want a drink. 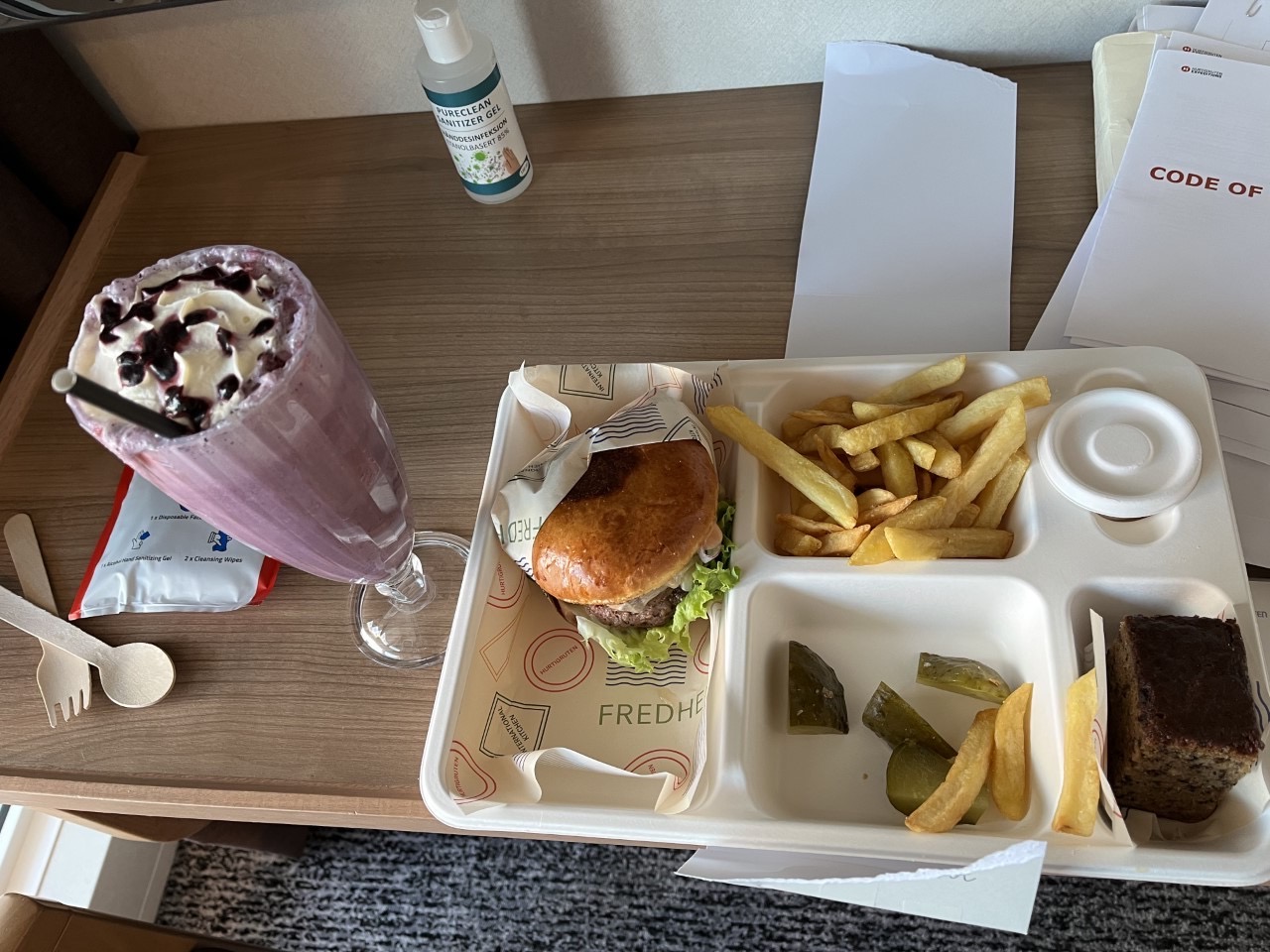 Did I say the shakes were terrific? This being a Norwegian ship, sometimes that have lingonberry or cloudberry shakes, and those are to die for. I don’t think I’ve had a milkshake in over five years, and have forgotten how well their sweetness complements a good burger.

More to come as I slowly absorb the rhythms of the cruise and my tasks. I haven’t even looked at the news from Ukraine today!

p.s. The name Fredheim comes from a famous trapper’s cabin in Svalbard (Spitzbergen):

The goal for the tour is Fredheim, the hunting base of the legendary trapper, Hilmar Nøis, who spent 38 winters on Svalbard. Nøis was known as the ‘King of Sassen’, but actually planned to be a fisherman. He was so troubled by sea sickness however, that he decided to become a hunter on Svalbard instead. Many of the trappers cabins on Svalbard are of the simplest sort, but Villa Fredheim is an exception. With its flag pole, potted plants and curtains, this two storey villa was a palace in comparison to the other. Despite the ‘luxurious’ standard, it is hard not to feel enormous respect for Nøis and his family who lived in the wilderness winter after winter. 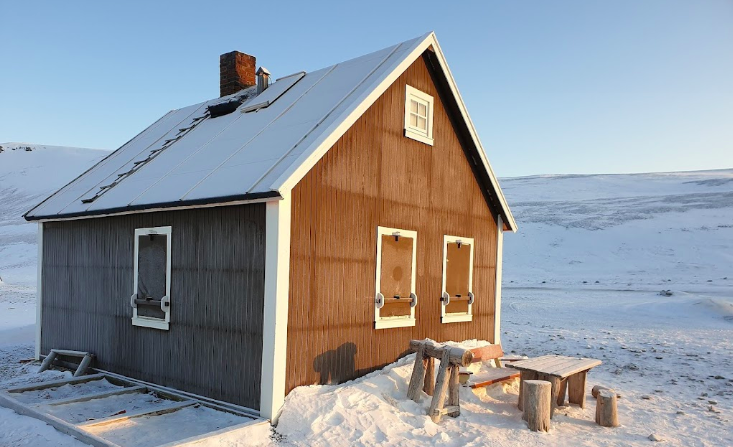 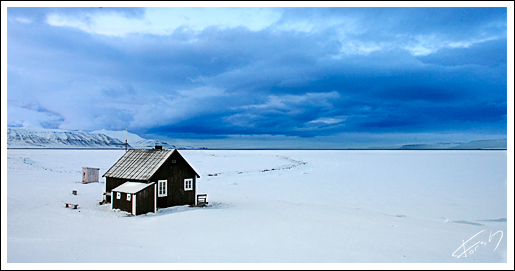 29 thoughts on “Dinner on board”