Something got screwed up, as I thought Matthew was going to post the official Hili Dialogue (sans les accoutrements) this morning, but I haven’t seen it. So, ripped right from Listy’s website, here are Hili and Szaron discussing politics. But haven’t they got the directions mixed up?

Hili: From the west there is darkness.
Sharon: Light will come from the east.
Hili: I’m not sure. 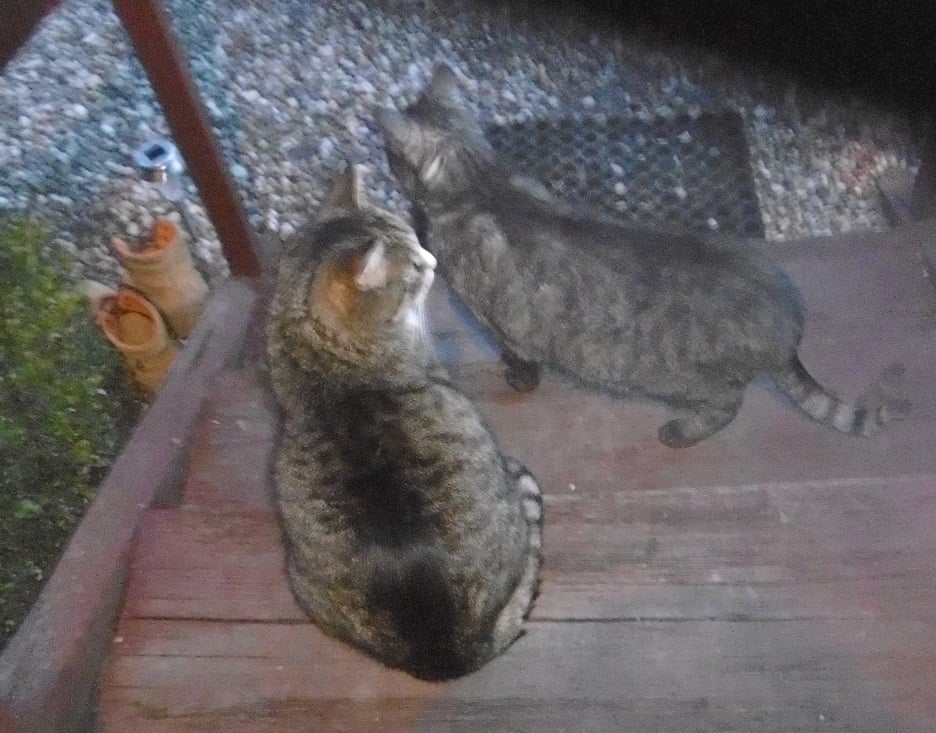 But this did remind me of the ending of the Sherlock Holmes story “His Last Bow,” the very last of Conan Doyle’s tales of Holmes, which I read avidly as a boy. Here Holmes muses on war coming from the east (the story was published in 1917), while the clueless foil Watson thinks it’s about the weather.

As they turned to the car Holmes pointed back to the moonlit sea and shook a thoughtful head.

“Good old Watson! You are the one fixed point in a changing age. There’s an east wind coming all the same, such a wind as never blew on England yet. It will be cold and bitter, Watson, and a good many of us may wither before its blast. But it’s God’s own wind none the less, and a cleaner, better, stronger land will lie in the sunshine when the storm has cleared.”