Over the last few months I’ve reported on misguided attempts to “cancel” the famous biologist Thomas Henry Huxley, who despite making a few statements about race that would considered offensive in today’s world (though some of his “racist” statements actually quote-mined), spent the bulk of his career not only defending Darwinism, but promulgating educational reform, especially for women and those of the working class. He repudiated any racism in the latter part of his life.

Two institutions were engaged in the task of “reevaluating” Huxley’s historic and scientific legacy, a legacy summarized in a scholarly and masterful piece by Nick Matzke at Panda’s Thumb. Matzke’s conclusion is that there is no way in hell that Huxley should be debased, erased, or deplatformed.

Yet he was at one college: Western Washington University (WWU; see my posts here and here). As NIck wrote:

But the movement jumped the Atlantic as well, for Imperial College in London (a college which might ponder the rectitude of its own name!) engaged in an investigation of Huxley for the same reasons: his early statements which would be seen as racist today, though Huxley was even more anti-racist than Darwin and was an abolitionist was well.  Well, IMPERIAL College not only harbors a Huxley Building, but a bust of Huxley, and both of those came perilously close to being “canceled”. As I reported last October:, quoting the Torygraph:

A group of scientists (many from Imperial), cognizant of the unfair treatment that Huxley was getting at Imperial, wrote a letter to Nature organized by Armand Leroi, objecting to the proposed cancellation. (I was one of the signers.) Nature rejected it, but it was published in full, with all the signers, in the Torygraph. (The introductory Torygraph article is still up for free; the letter has disappeared, but you can find in on the first link in this paragraph.

The College will consider a joint name for its Huxley Building – named after biologist Thomas Henry Huxley – with the aim of adding the name of a pathbreaking scientist from a Black, Asian or other minority ethnic background. While the name and bust of Huxley will be retained, it will be clearly put into a fuller context in order to provide everyone with a more complete understanding of Huxley’s complex character and achievements as well as his flaws, including his racially prejudiced writings. Historical context will also be provided for any person whose name is added jointly.

. . .The names of key buildings, including those named after Thomas Henry Huxley or Alfred and Otto Beit, will be retained, but the College will launch an ambitious project to put these figures into context and clarify their histories, the Board concluded.

The College will find new, prominent ways of ensuring that their complexities are fully understood alongside the College’s modern values. This will include acknowledging both their positive contributions to science and to Imperial in parallel with the ways in which they have furthered historic injustice or hampered progress towards racial equality.

I’ll take that as a victory despite the “contextualization”. I just hope they don’t make Huxley look like an out-and-out racist or slaveholder, which he wasn’t. And it seems a wee bit patronizing to pair Huxley’s name with that of a “Black, Asian, or other minority ethnic background.” I’m not sure what that pairing will accomplish. If the name “Huxley” was harmful because he was a racist, well, that name is still there, and will the harm be palliated by pairing a “racist” with a marginalized person?

At any rate, this is better news than it could have been. But there are skirmishes to come. As Armand noted “Nothing was said about the fate of the Hamilton building at Silwood Park or the Fisher and Haldane lecture theatres. A committee has been appointed to implement these changes.” All of these are part of Imperial College, and none of them deserve to be renamed. The names at issue are the evolutionists W. D. Hamilton, J. B. S. Haldane, and Ronald Fisher (Fisher was also the “father of statistics”).

Here’s the Huxley Building at Imperial College. As I recall, I gave the annual lecture to the British Humanists in this building: 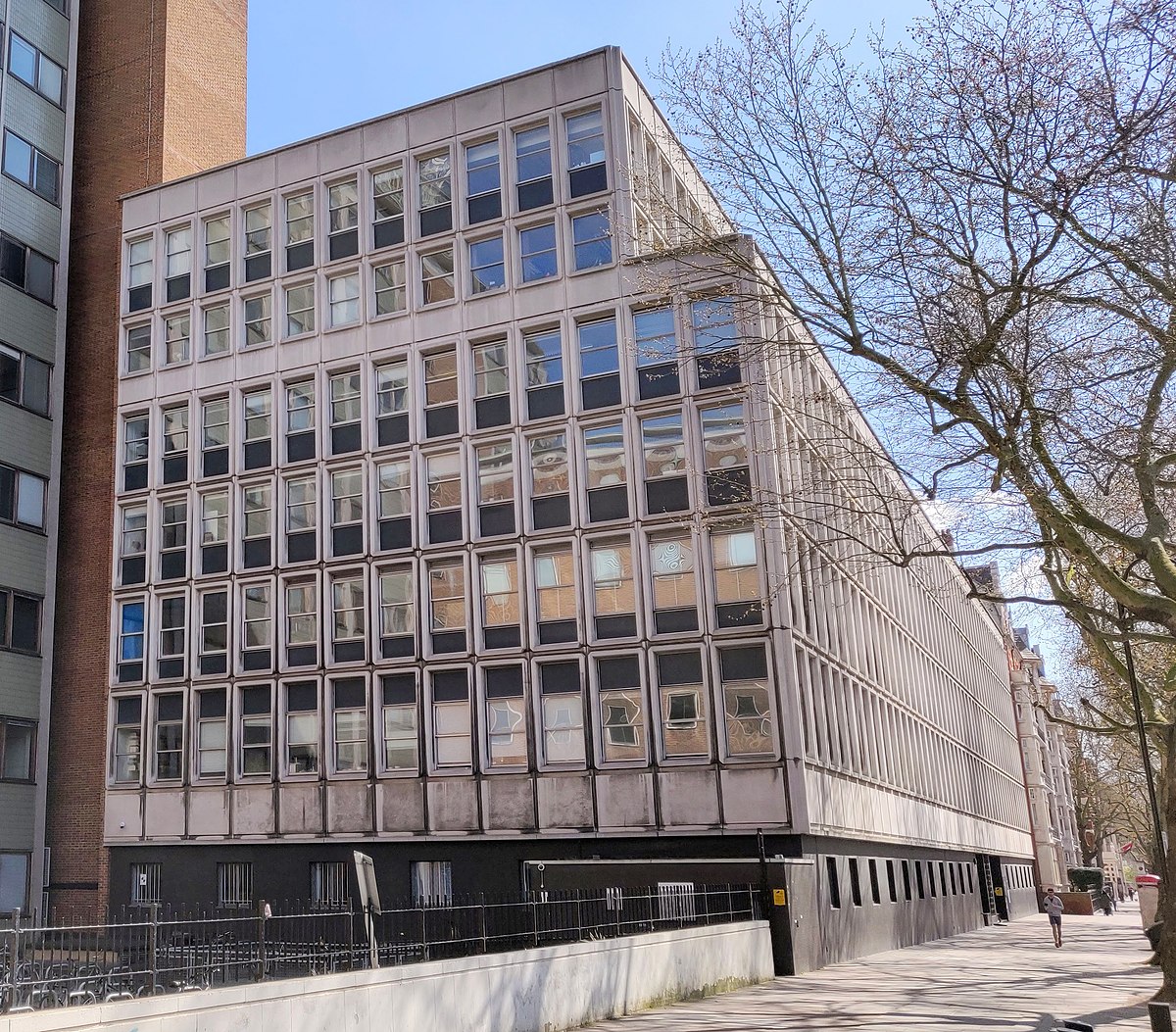 19 thoughts on “A small victory: Thomas Henry Huxley not “cancelled” but “contextualized” at Imperial College”