Good morning on the cruelest day, compounded by the freezing temperatures in Chicago: Tuesday, December 7, 2021: 80 years to the day from the Japanese attack on Pearl Harbor. It’s National Cotton Candy Day, which of course is a confection that’s pure sugar.

Here’s a short video on how they make cotton candy:

*A first for the U.S.: New York City has announced that all private companies must have their workers vaccinated by December 27. It’s a first because all mandates have previously applied only to state, city, or federal employees. But I have yet to see a mandate strictly enforced, though, including the one for police in Chicago.

*Speaking of Chicago, actor Jussie Smollett, who seems to have staged a fake “hate attack” on himself to boost his career, testified yesterday in his trial for falsifyiing police reports (6 felonies). He claimed that the check he gave to the two guys (both black) who supposedly committed the racist attack wasn’t a payoff for the hoax, but for their “diet and exercise” regiments. Dave Chappelle will have a field day with this one!

*As World War III percolates on the border between Russia and Ukraine, reports are coming in that the Russians are preparing as if they’re poised to invade, but they’re playing cat and mouse by alternatingly deploying and withdrawing troops. Meanwhile, Biden is playing hardball with Putin:

The US has said it would send reinforcements to Nato’s eastern flank in response to a Russian invasion of Ukraine, as well as imposing severe new economic measures, in a warning to Moscow on the eve of talks between Joe Biden and Vladimir Putin.

Biden will also make clear to Putin that the US will not rule out future Ukrainian membership of Nato, as the Russian leader has demanded, a senior US official said.

And if Russia does invade Ukraine, what exactly will the U.S. troops at “NATO’s eastern flank do?” Fight the Russians?

*When the tributes came in for Bob Dole yesterday, a notable omission from former Presidents was—you guess it—Donald Trump. But he did issue a statement; the news just ignored it. If you want to see what he said in memoriam, along with statements by many other notables, see this collection by The Associated Press. One of my favorites is from Jack Reed (read the one from Tammy Duckworth, too):

“Over the last several years, I was fortunate to get to spend several Saturdays a year with Senator Dole. He made it his mission to greet fellow World War II veterans in Washington, D.C., when they came to visit the World War II Memorial, a memorial that Senator Dole helped make a reality. When Rhode Island veterans would come to Washington on Honor Flights, one of their true highlights was seeing Senator Dole. He was there to confer respect and honor upon others, and it was truly a privilege to be there at his side and see veterans and caregivers alike light up and connect with him. Senator Dole was both a great listener and storyteller and he always made sure our veterans knew: This is their memorial. It belongs to them.” — Sen. Jack Reed, D-R.I., chairman of the Senate Armed Services Committee.

*Senate majority leader Chuck Schumer is mustering his people for a vote on the $2 trillion “Build Back Better” act before Christmas. That’s earlier than I expected, but if all the Dems stay in line, it can pass with the tie-breaking vote of Kamala Harris. I still don’t know how it can pass and avoid a filibuster, as “the reconciliation process” remains a mystery to me. But that’s what’s going to happen:

From here, the Senate still must rejigger critical parts of the bill to ensure it is compatible with the process known as reconciliation. The legislative maneuver allows Democrats to approve the legislation with 51 votes, rather than the usual 60, sidestepping a guaranteed Republican filibuster in the narrowly divided chamber.

But reconciliation carries its own set of potential headaches, as Democrats must ensure every element of their sprawling tax-and-spending proposal directly implicates the federal budget — or else it is at risk of being stripped out of the measure entirely. Anticipating those issues, lawmakers have been meeting behind the scenes with the chamber’s parliamentarian, a customary process that Schumer said is expected to continue “this week and next.”

For this to happen, of course, Joe Manchin and Kyrsten Sinema cannot break ranks, and their decisions are still a mystery.

*In an article at the Guardian called, “Joni Mitchell: ‘I’m hobbling along but I’m doing alright‘”, we hear Joni’s remarks as she accepted her Kennedy Center Honor (along with Justino Díaz, Motown Records founder Berry Gordy, Saturday Night Live creator Lorne Michaels and singer Bette Midler). It’s sad. She had polio as a child, and now apparently has “post polio syndrome“, which often strikes decades after the childhood bout. It makes me so sad to hear this:

Joni Mitchell addressed her health difficulties in a rare public speech as she accepted her Kennedy Center Honor, one of the most prestigious awards in American cultural life.

At a ceremony attended by Joe Biden – in a show of support for the arts after the awards were snubbed by Donald Trump – Mitchell discussed the issues she’s faced in the wake of an aneurysm in 2015 that left her temporarily unable to walk or talk.

“I always think that polio was a rehearsal for the rest of my life,” she said, referring to the disease she suffered aged nine. “I’ve had to come back several times from things. And this last one was a real whopper. But, you know, I’m hobbling along but I’m doing all right!”

She described the award as “a fantastic honour … enjoy yourselves, I’m gonna go back and sit down!”

Here are the highlights on video. Smokey Robinson serenades Berry Gordy, and you can see Joni at the end:

*The New York Times has a beautiful but sad photographic and written elegy for the island of Svalbard, known to Americans as Spitzbergen. I had hoped to get there some day with Hurtigruten, but I’ll need to move fast, for the island is melting away from global warming.

Svalbard, though seemingly timeless, is perhaps the closest thing we have to a ticking clock.

. . . Unfortunately, climate change all but guarantees an eventual (and probably fairly imminent) collapse of what is, in fact, an exceptionally fragile ecosystem. The 29 national parks and other protected areas that cover two-thirds of the Svalbard archipelago can protect its wild inhabitants from hunting and pollution, but not from increasing water and air temperatures. Every year brings us further news of ever-shrinking glaciers and reduced ice cover — ice upon which the 3,000 polar bears who live in the Svalbard archipelago and Barents Sea depend for their survival.

“The map has been completely redrawn during my time here,” said Fredrik Granath, an author, photographer and expedition leader who has 20 years of experience working on Svalbard. “Routes we used to travel on foot or by snowmobile only 10 years ago are now accessible only by boat. It gets worse every year.”

The polar bears will all die, for they need ice to hunt the seals they feed on: 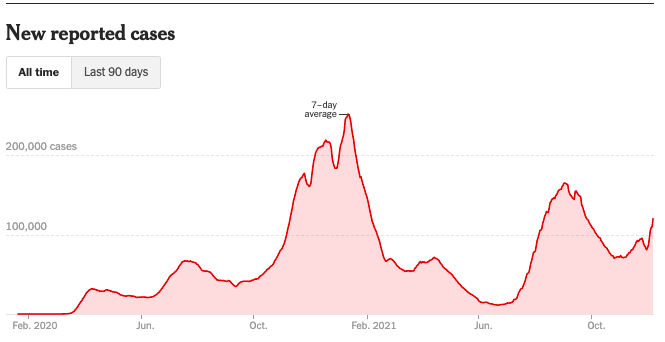 Stuff that happened on December 7 includes:

Theres a debate about the televised commercial, however, which you can read about here. I don’t have the I.J. Fox ad, but here’s the Bulova ad that most people agree was the first:

It’s a short one!

Einstein (shown here with his stepdaughter Margot) didn’t become an American citizen until 1940. And here’s the moment we got to claim Albert as one of ours: 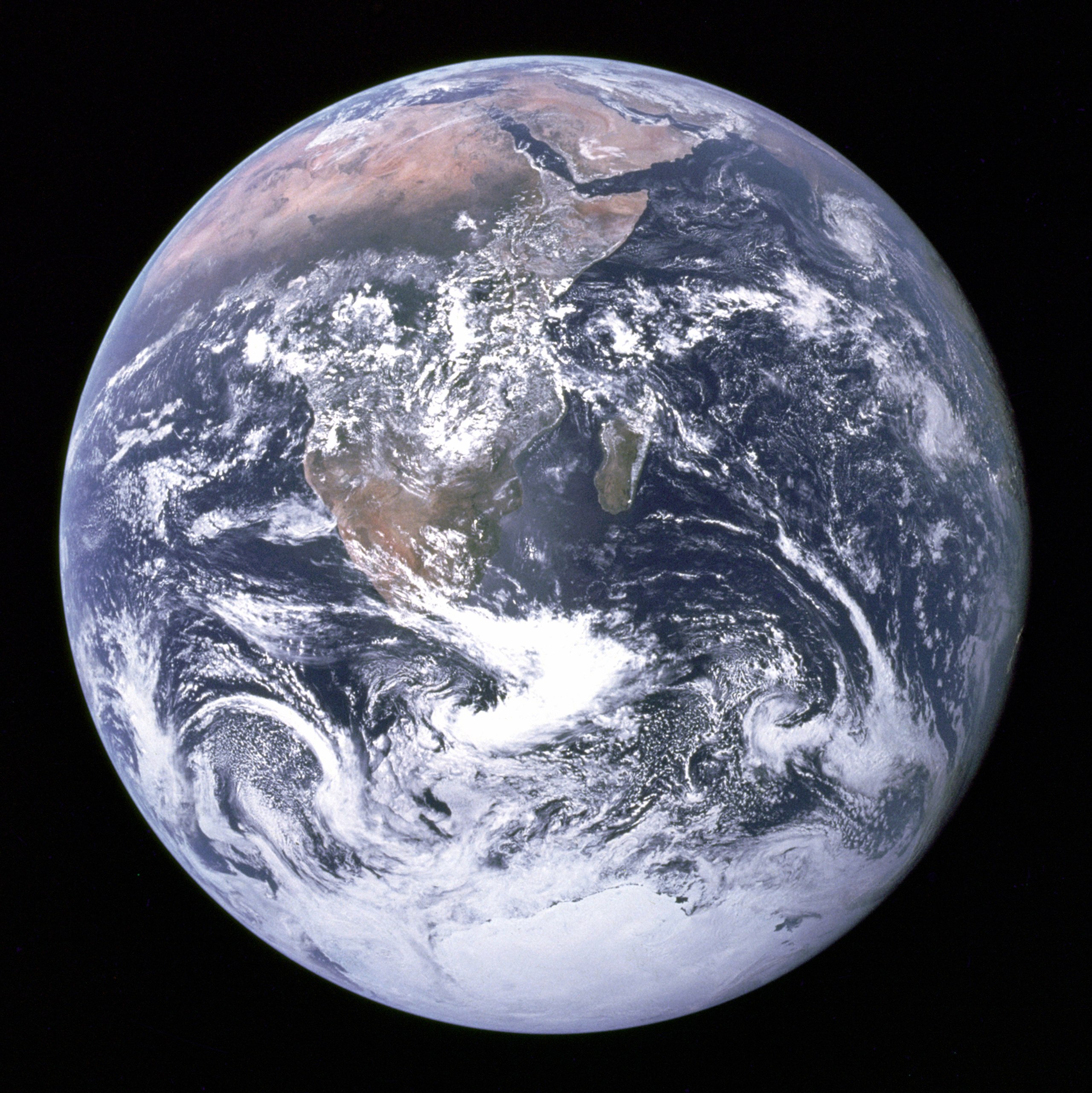 Here’s a mugshot of Brooks with a diagram of the execution: 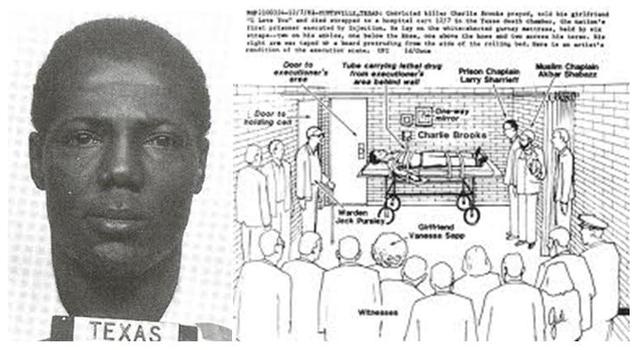 Schwann, below, was the first person to suggest that cells, previously seen in plants, were characteristic of all organisms, including animals. 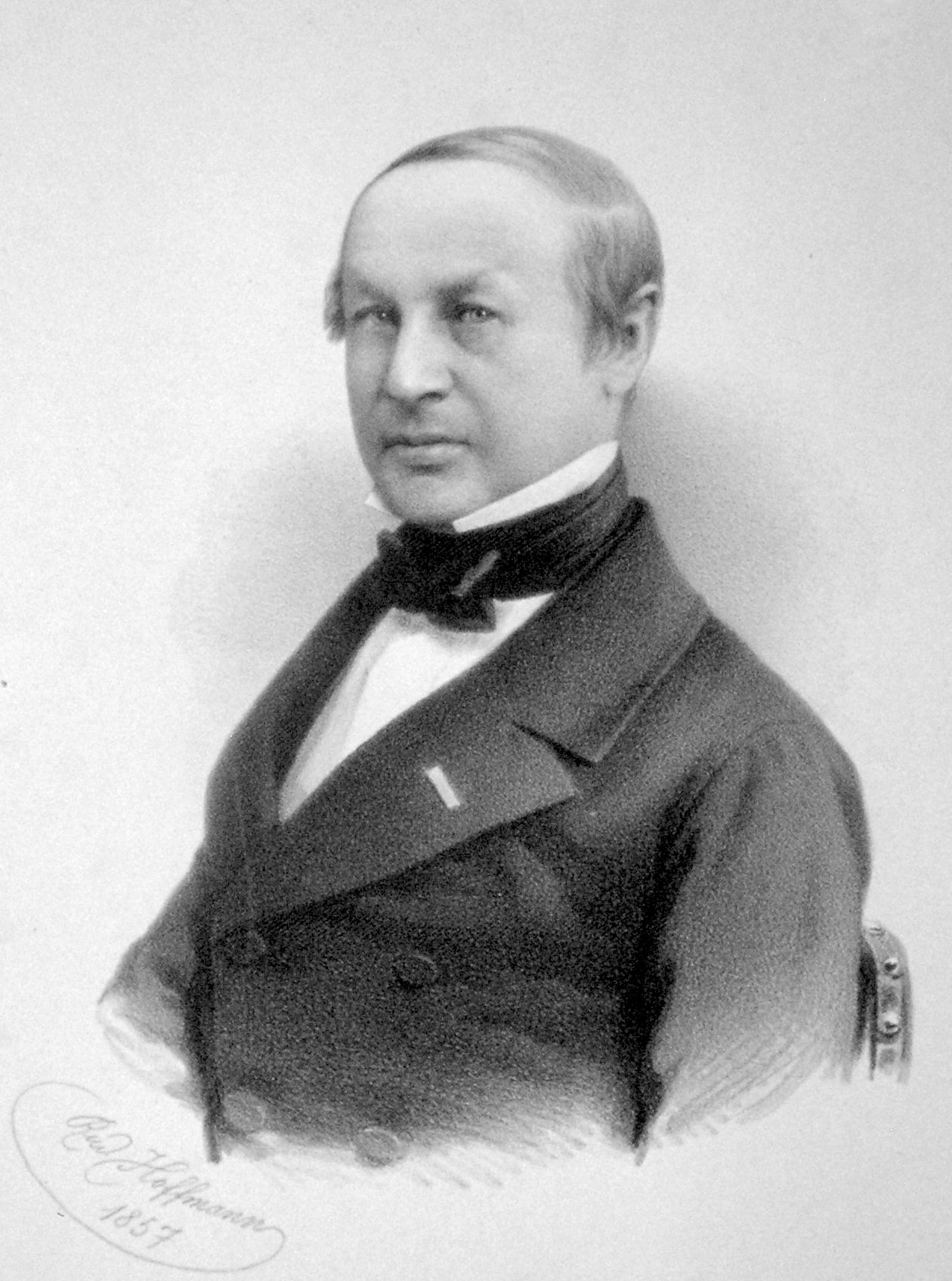 Here’s Burstyn, who played Sam the Lion’s long-lost love in the movie “The Last Picture Show” (the best American movie), talking about her role and the movie’s legacy:

Here’s Chapin’s best song by far, “Taxi” (1972). The falsetto is by the bass player, John Wallace

Those who found eternal peace on December 7 include:

Nast is famous for his campaign against the corruption of Boss Tweed; here’s one of his anti-Tweed cartoons: 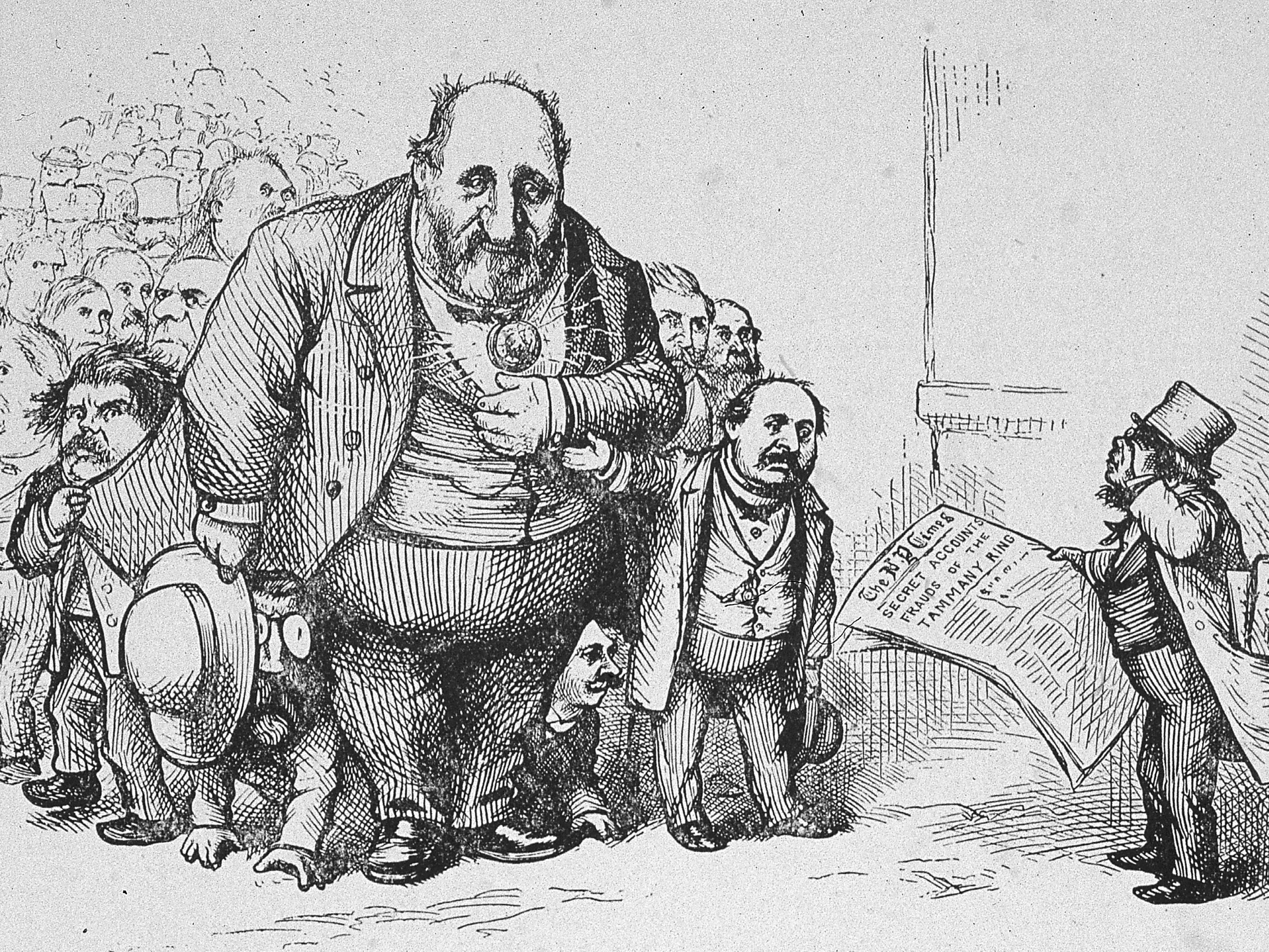 She was a great Wagnerian soprano, and here’s her visage painted on a Norwegian Shuttle airliner: 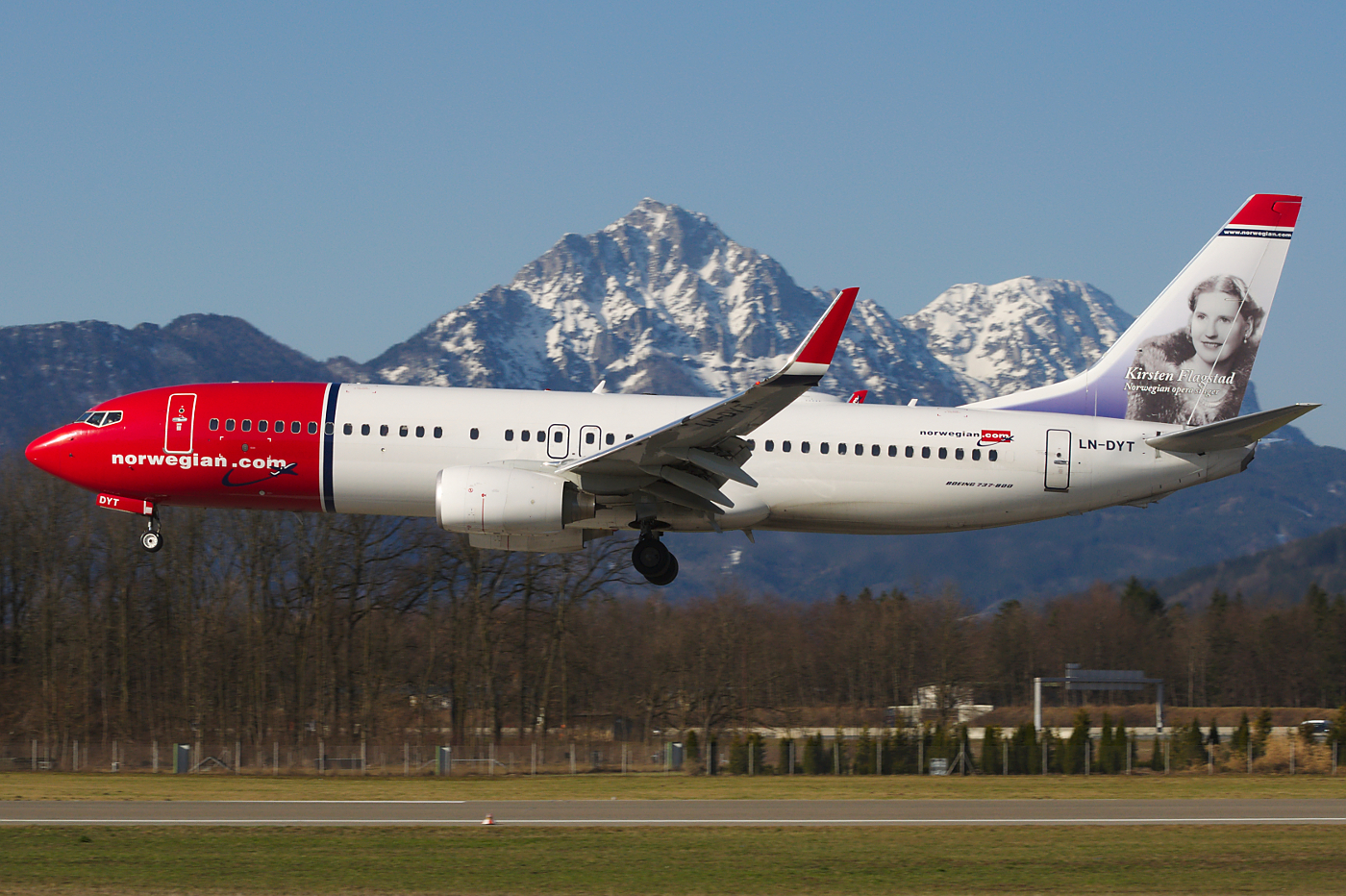 Rube Goldberg, like his British equivalent ,specialized in impossibly complicated devices to do simple things. This one shows a contraption to harvest a radish: 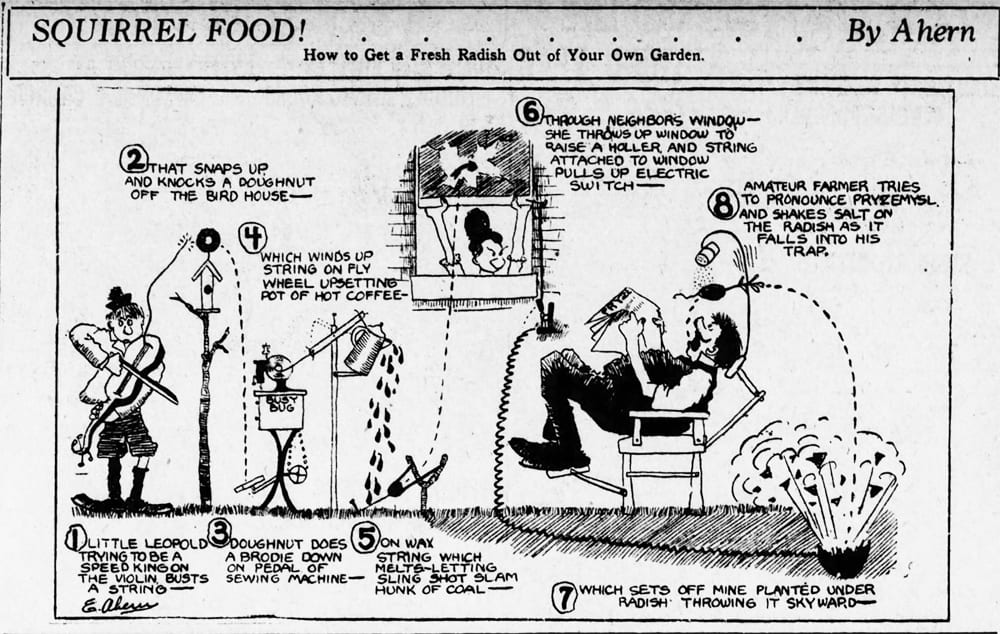 I remember watching this behemoth wrestling; he’d win simply by lying atop his opponents. He died young from being overweight (diabetes): 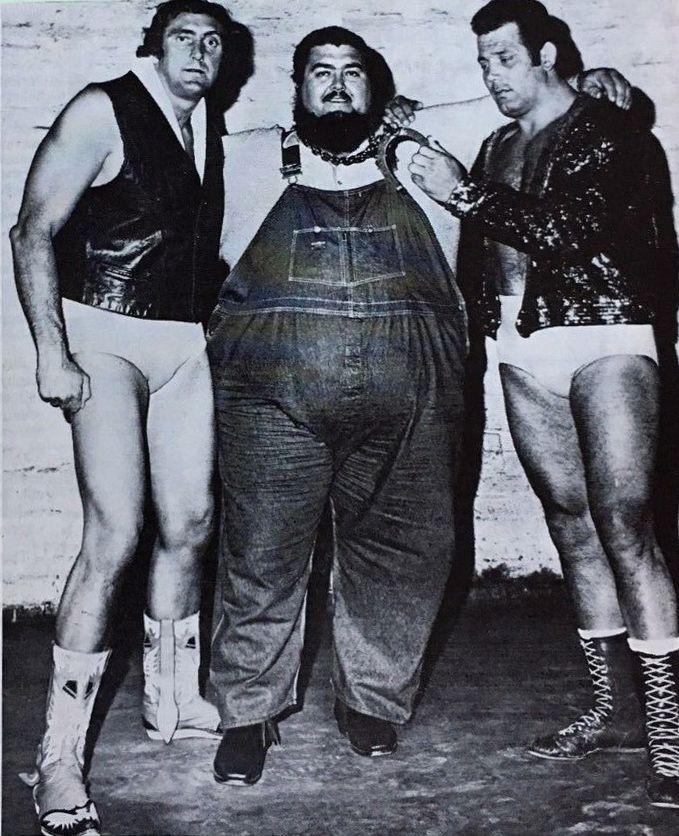 Yeager died at 97; here’s a news report on his death giving a brief biography (with video):

Meanwhile in Dobrzyn, the cats are housebound and restless, for it has snowed:

Hili: Who invented snow?
A: Nobody.
Hili: So where did it come from again? 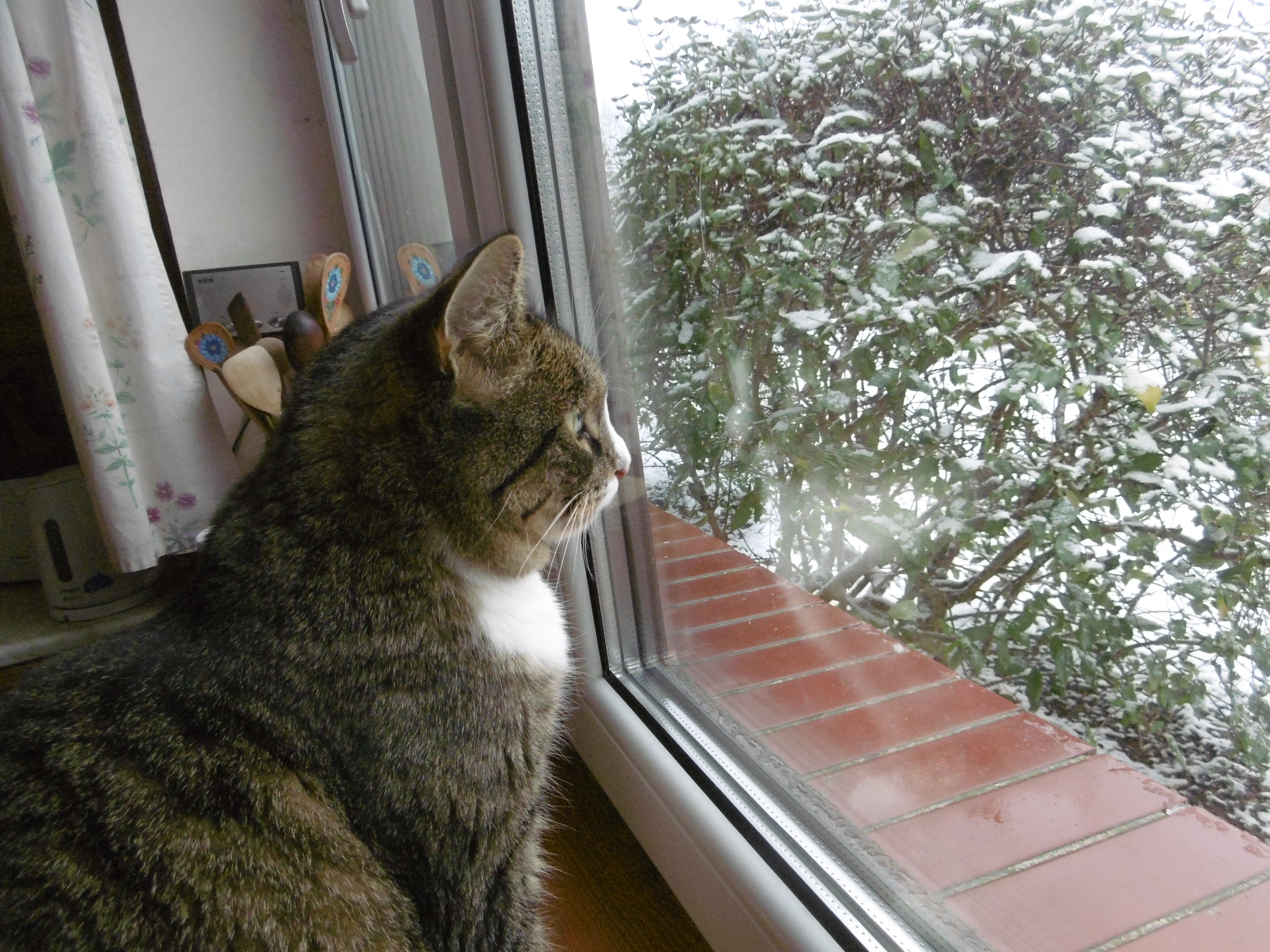 Andrzej’s photo of Kulka and Szaron eating together: 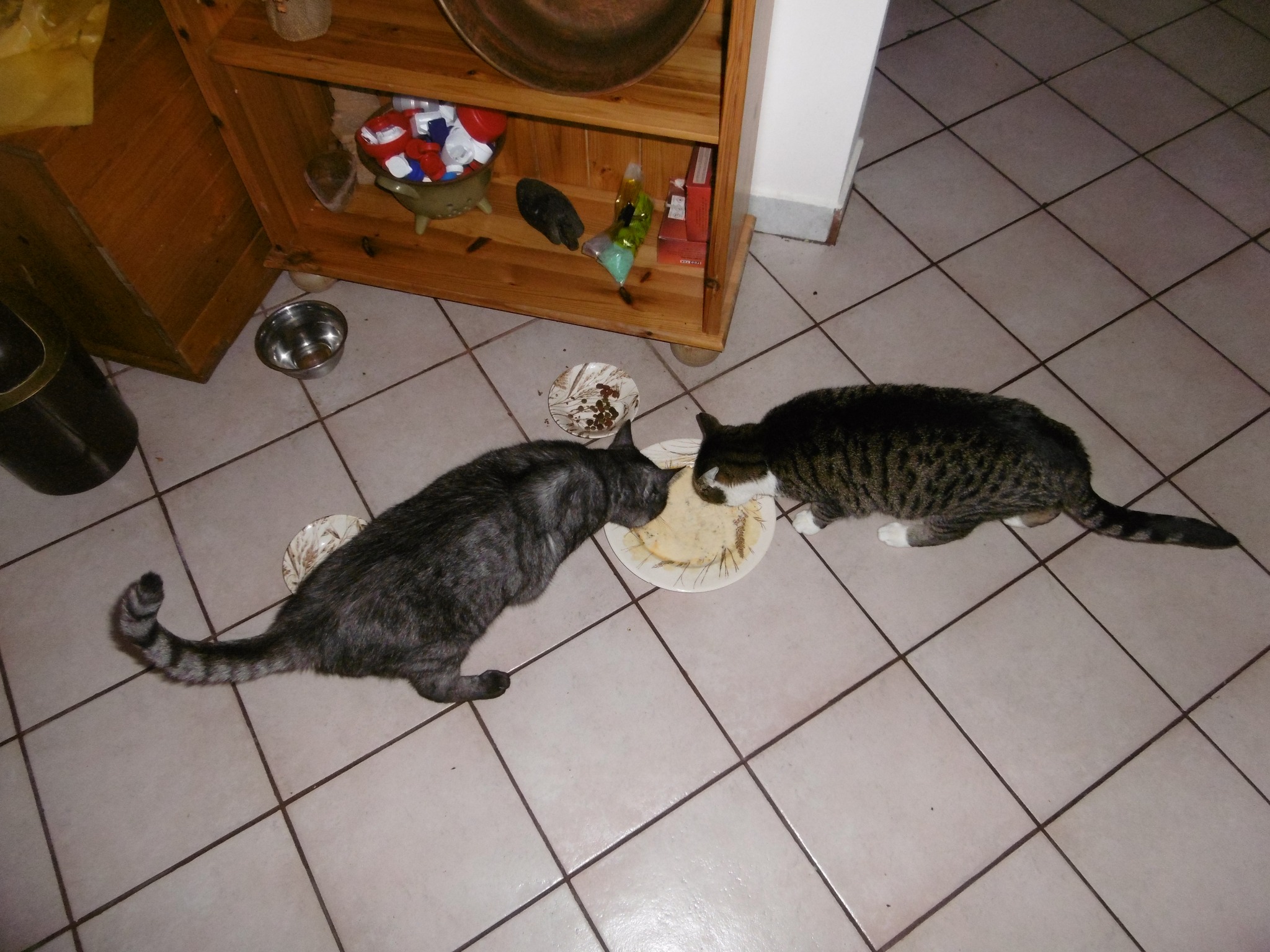 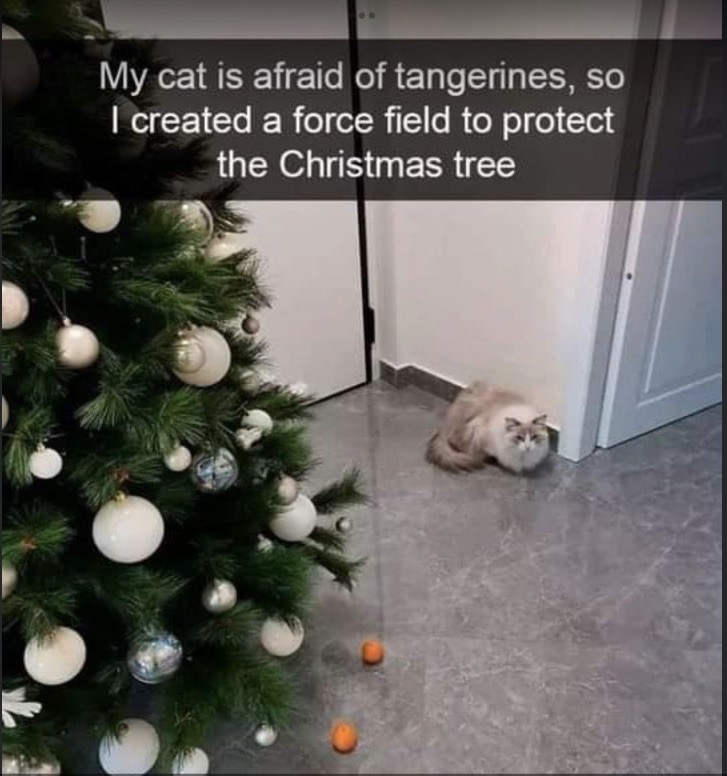 From Simon, who says that these drinks conform my theory (which is mine) that all beverages save hard alcohol eventually transform themselves into confections. For your delectation: a Dirty Chai Latte Martini and the worst one: Red Wine Hot Chocolate. 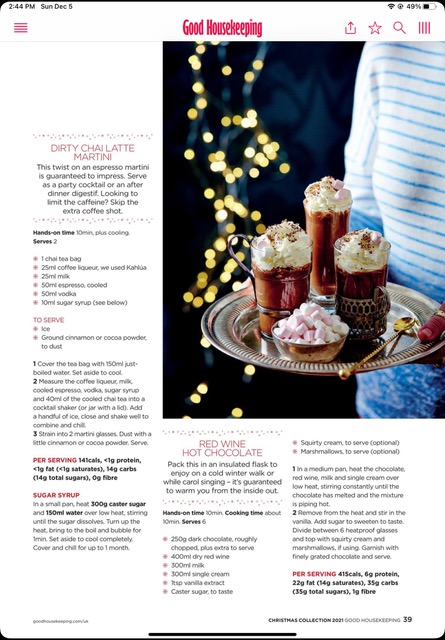 From Bruce, but if Tiktaalik was our distant ancestor, he wouldn’t be around to drive it back into the water, or if the “fishapod” remained alive as a “living fossil”, it would be too late! 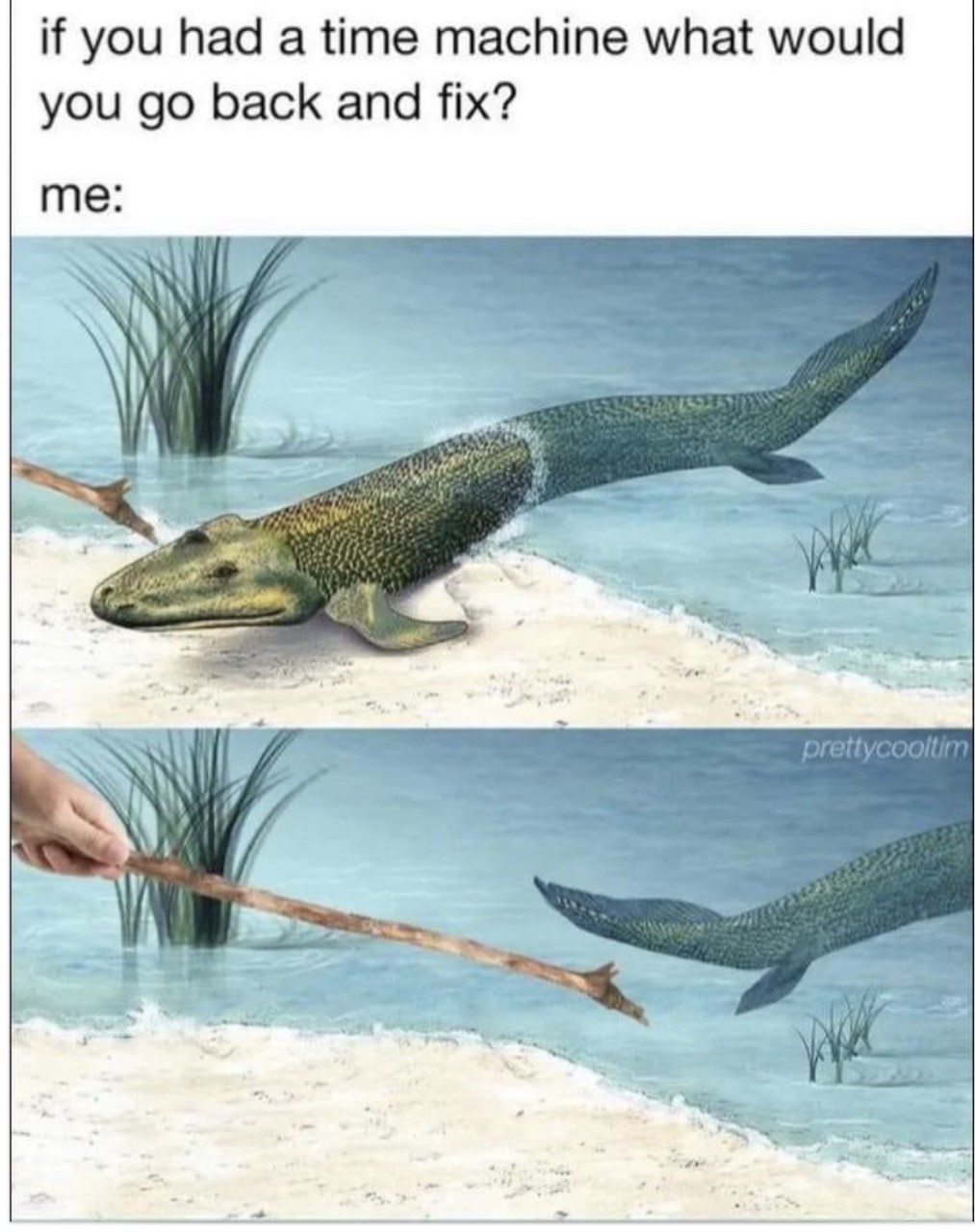 From Richard Dawkins. Note that there’s a new chief executive of the Royal Society of New Zealand: Paul Atkins, whose email is paul.atkins@royalsociety.org.nz. Don’t let the Society expel two members because they signed a letter objecting to the equation of indigenous mythology with real science.

Myths Do Not Belong in Science Classes: Letter to the Royal Society of New Zealandhttps://t.co/kUBaJS36uo
Please do reply, but not here; leave a comment at the website where you can say what you really think without the risk of misunderstanding due to the 280-character limit.

From fellow nerd and ailurophile Simon; two good ones. Apparently the church is the Lutheran edifice Hallgrímskirkja in Iceland.

I met an interesting cat outside Hallgrímskirkja back in the day. We didn't talk about Confidence Intervals though. pic.twitter.com/E7afY06FFa

From Ginger K., an amazing photo:

This pic was taken by the @ESA_Rosetta mission to comet 67P/Churyumov–Gerasimenko in 2014. The comet is a mix of silicate dust and ices, and swings around the Sun every 6.5 years.

If you jumped off that cliff you might survive, but would you want to?

In September 1943 he was deported to #Auschwitz and murdered in a gas chamber after the selection. pic.twitter.com/SU6DQDcpzR

Tweets from Dr. Cobb. You should be able to figure this one out:

You’ve heard of Elf on the Shelf but have you heard of pic.twitter.com/27hgg7CMld

And a very salticid holiday to you! (Sound on.)

The apogee of Mahler’s Sixth Symphony!

Here’s a short video with the hammer in for those interested in the bonk https://t.co/8V7nrytN1T