It’s my penultimate day in Cambridge. This R&R has gone by too quickly!  And please note that this is the last day of Summer. Fall begins at 3:21 p.m. today. Google celebrates the beginning of fall with a nice doodle; click on it to see falling leaves:

Once again I’m ignorant of the news; please use the comments, if you can, to fill us in on what’s important.

*Yesterday’s readers’ poll on the likelihood of Roe v. Wade being overturned before the end of Biden’s present term gave roughly equal predictions of overturning versus keeping: 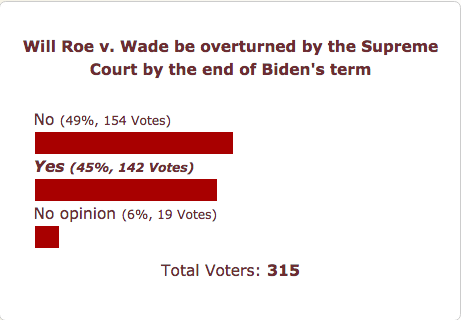 It was a thin day in history. Stuff that happened on September 22 includes:

Juan Peron and Evita. He was elected as President three different times. 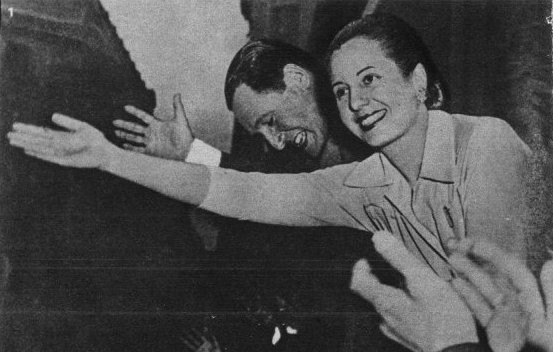 The performance I remember of Houseman: Professor Kingsfield in “The Paper Chase” (1973):

Left to right: Hans Scholl, Sophie Scholl, and Christoph Probst. All three, members of the “White Rose,” were guillotined in 1943 for distributing anti-Nazi materials. 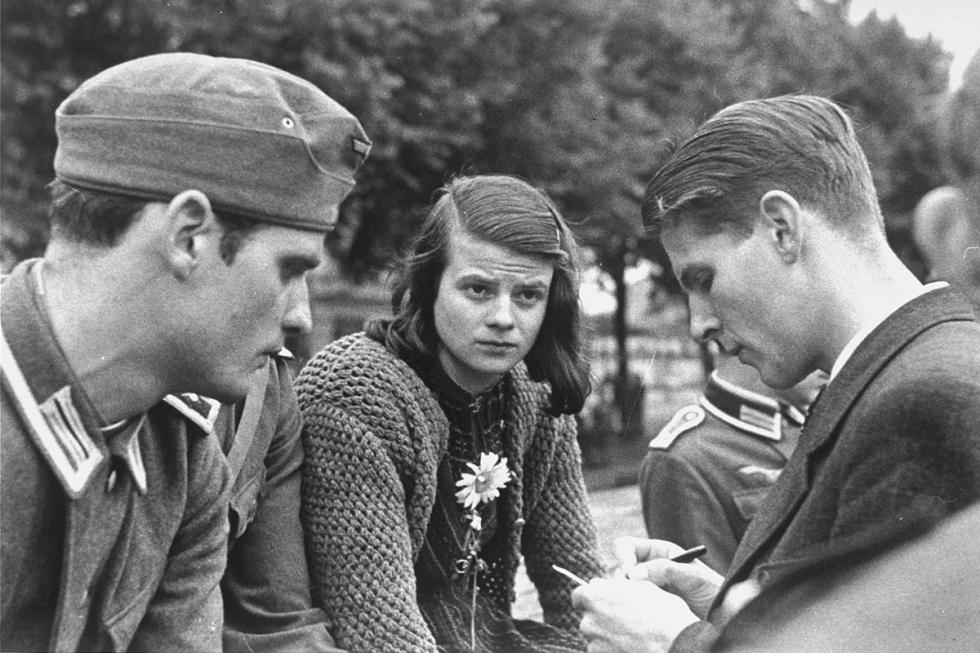 Yes, the video may seem schmalzy, but you have to admit that this performance of “Con te partirò (“Time to say goodbye”) with Bocelli and Sarah Brightman, a huge hit, is quite moving:

Those whose ticker stopped ticking on September 22 include:

Scott won the Best Actor Oscar for his performance in “Patton”, but this scene alone deserves an Academy Award:

Meanwhile in Dobrzyn, Hili is perturbed:

Hili: What a horrible mess in this wild nature.
A: Does it disturb you?
Hili: Yes, I can’t see what’s under these sticks. 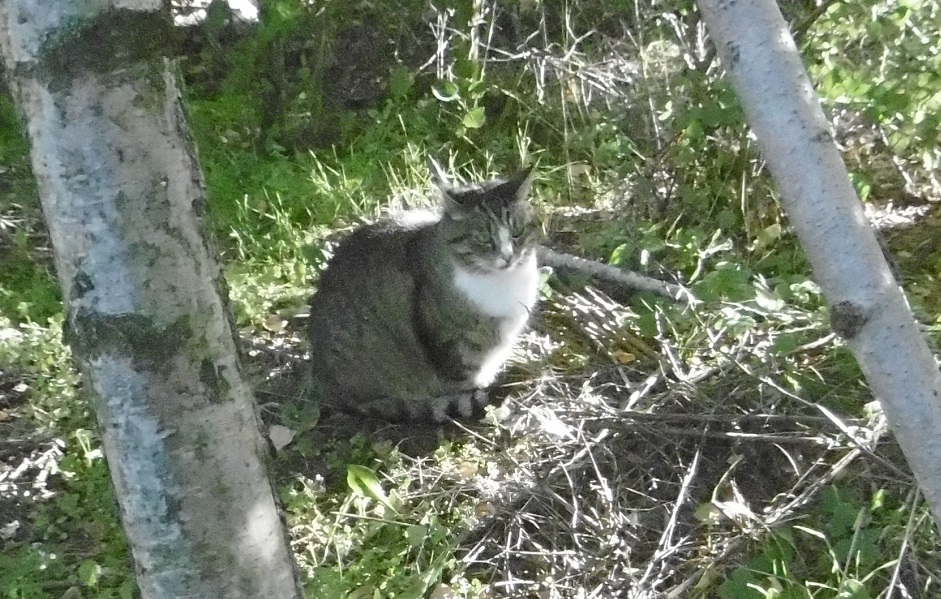 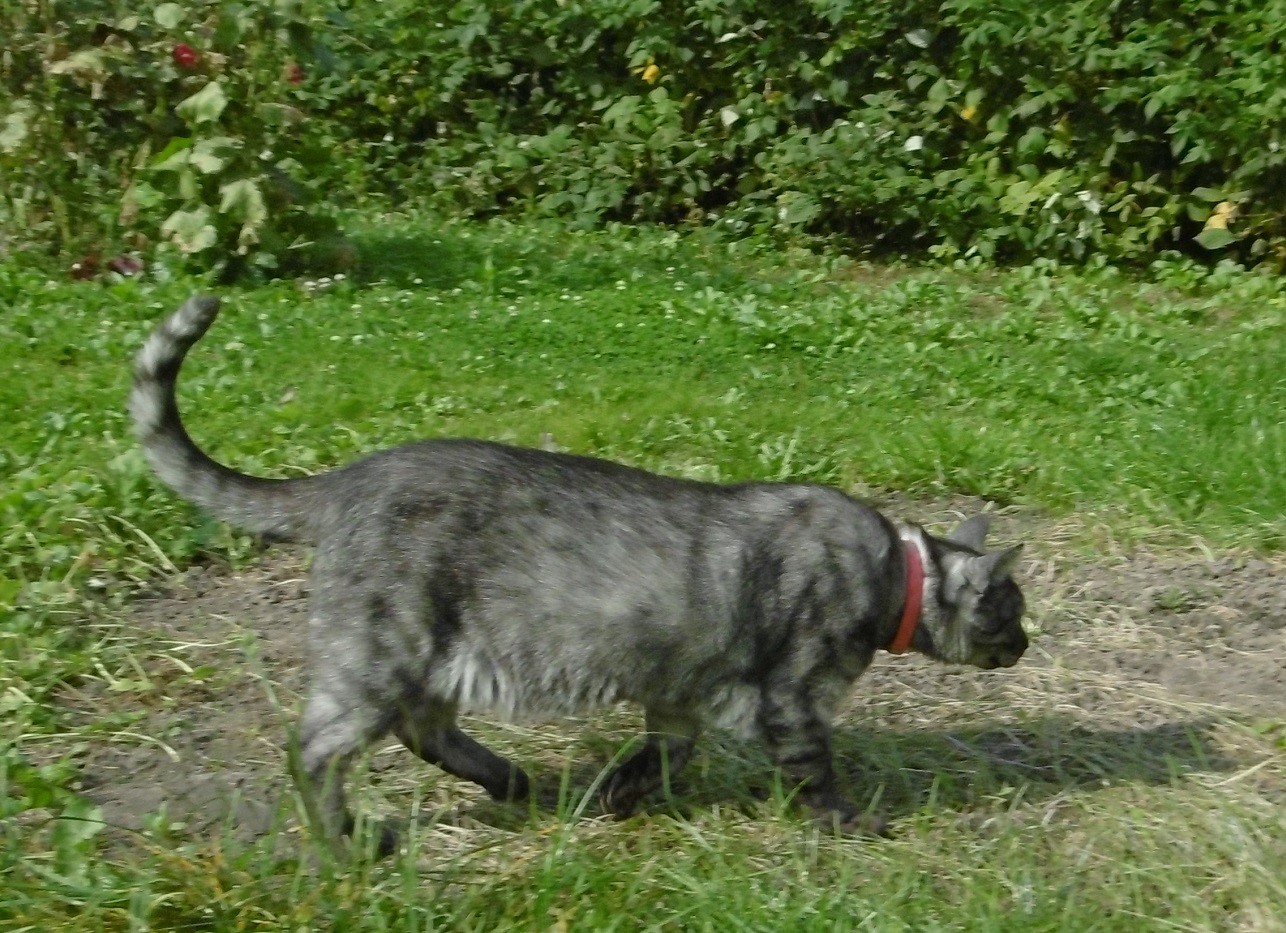 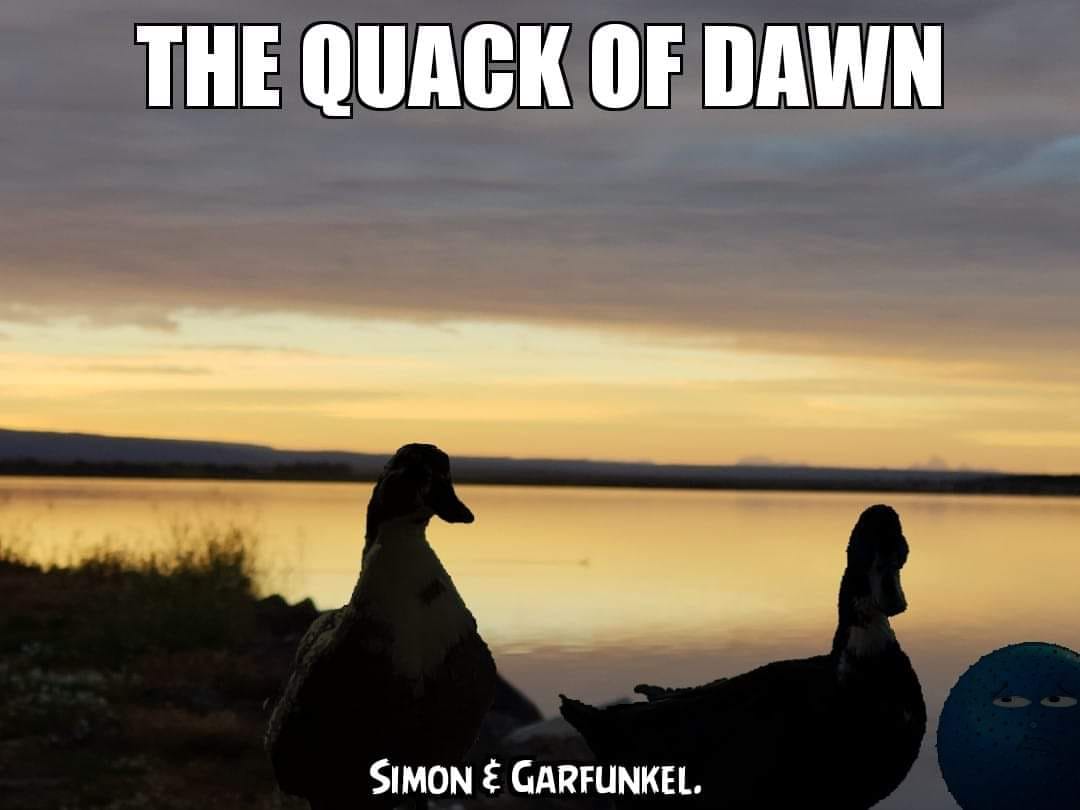 A tweet from Jesus of the Day with a poignant explanation:

The graves of a Catholic woman and her Protestant husband, who were not allowed to be buried together. On the Protestant part of this cemetery J.W.C van Gorcum, colonel of the Dutch Cavalry and militia commissioner in Limburg is buried. His wife, lady J.C.P.H van Aefferden is buried in the Catholic part. They were married in 1842, he was a protestant and didn’t belong to the nobility.

This caused quite a commotion in Roermond. After being married for 38 years the colonel died in 1880 and was buried on the protestant part of the cemetery against the wall. His wife died in 1888 and had decided not to be buried in the family tomb but on the other side of the wall, the closest she could get to her husband. Two clasped hands connect the graves across the wall.

A tweet from Titania. I’d forgotten that Trudeau did this (not just once, but three times) which for nearly everyone would result in immediate cancellation. Why has he gotten a pass?

“Blackface” is when conservatives wear makeup to denigrate people of colour.

Justin Trudeau was simply painting his face in an effort to dismantle his whiteness. pic.twitter.com/5Ti5FChAjT

From Barry. I may have shown this before, but it’s a black-crested titmouse picking fur off a sleeping fox for the bird’s nest:

The hutzpah! Audacious & persistent black-crested titmouse (Baeolophus atricristatus) nicks fur right off the back of a knackered fox. Does it again & again. Gathers high-quality material for the best nest in town.

From Simon. This is clearly a seagull rather than a duck, but the poor choice of nesting site still obtains:

A mother duck with a degree in mathematics and physics… pic.twitter.com/HEUAphPELa

From Ginger K. Why doesn’t the cat just ride in the cart?

In June 1944 she was deported to #Auschwitz. She did not survive. pic.twitter.com/xbv3ZrMY5D

A lovely video tweet (sound up) Matthew.: I didn’t think dog milk could nourish kittens, but I guess they’re old enough to be eating solid food, too. As Matthew says, the world would be better if it were like Dodo:

Beagle starts producing milk to feed two tiny kittens — when they grow up, they help her with her own puppies 💕 pic.twitter.com/Weaf3XKMUk

Patricia Churchland, who like me thinks that panpsychism is both untestable and dumb, goes after a proponent of the theory that all matter is conscious:

Strawson says panpsychism is believable via inference to the best explanation; i.e. no need to explain con. experience. Do a similar move all questions: where did the universe came from? God did it; how did cortex emerge? God did it etc etc. Simple.

More interspecies love. Sound up if you want music:

Our barn cat Emerson loves both our donkeys! Here he is with Simon. pic.twitter.com/0Md36R16XE