The Taliban didn’t wait long until it began resorting to violence against Afghans.  Facing street protests in Jalalabad, the Taliban fired at the crowd with live ammunition, killing at least two and injuring a dozen. But if these protests grow (2 dead is not enough to deter protestors), Taliban violence will increase. People trying to get to the Kabul airport (and the 1500 remaining Americans must get there if they’re to be evacuated) are being beaten and turned away by the Taliban. One slight note of hope though:

While many were skeptical of those assurances, in Kabul the rhythms of daily life started to return — but they were in many ways circumscribed.

There were noticeably fewer women on the streets. Some of those who ventured out did not cover up in the traditional burqa, the full-length shroud that covers the face that was required the last time the Taliban ruled. At homes and businesses, a knock on the door could stir fear.

Will Afghan women be heartened enough to eschew the burqa? I have no idea, and wouldn’t ask them to, lest they be killed. Afghans, and especially women, need the support of the West.

And from another NYT article painting the fear that besets Afghan women (and also men who helped the Americans):

Even as they cling to hope of being rescued by the American government, Afghan women who worked with the United States over the past 20 years are destroying any hint of that association — shredding documents written in English, deleting social media apps and then burying their cellphones.

Current and former U.S. officials and activists described the desperate steps Afghan women have taken since the Taliban’s takeover of their country this week as a grim reminder of the heightened threat they face because of their gender.

Has it been eight months since you’ve finished your second Covid vaccination? If so, then according to the Biden administration you’ll be eligible for a booster by the end of September (just when I’m at eight months). “Dr. Fauci” (I’m getting irritated at the way he’s always called “Dr.”!) says that a booster will increase the level of antibodies against the virus tenfold. Still, the FDA must approve the boosters and the CDC must recommend them. They will.( I unwisely had my vaccine card laminated after the second shot, and hear that it’s impossible to unlaminate it to record a booster shot.) Healthcare workers and the immunocompromised will go first, followed by those of us in our dotage.

Here we have what may be a hoax perpetrated by someone desperate to look like a victim (this happens fairly often with college students). In this case, as NBC News reports, Dr. Michelle Fiscuss, Tennessee’s top vaccination expert, who was fired—she claims “for political reasons, as she tried to ” placate lawmakers who disapproved of the Health Department’s outreach to vaccinate teenagers against Covid-19″—received a muzzle in the mail and prominently displayed it to the media. She was supposedly sent the muzzle two weeks before she quit, and argued it was a gesture to make her shut up.

Fiscus could not be immediately reached for comment Tuesday. She told NBC affiliate WSMV of Nashville that she acknowledges that the muzzle was paid for using an American Express that belongs to her but that she “vehemently denies” buying the muzzle and sending it to herself.

And indeed, there is exculpatory evidence, including no record on her Amazon account that she bought the thing. But how did they get her credit card number? The law is investigating, so stay tuned.

Tennessee’s former top vaccination official told investigators she received a dog muzzle in the mail that she deemed to be a threat, however, it was bought on an Amazon account and with an American Express card under her name, a state investigation finds. https://t.co/K9Fc7OVJ18

DUCK NEWS! A giant rubber duck, 25 feet tall and emblazoned with the word “Joy,” has appeared in Belfast Harbor, Maine. Nobody has the slightest idea how it got there. Since it poses no danger to boats, the locals, who love it, want it to stay. Here’s “Joy”:

Lots of stuff happened on August 19, including:

Giles Corey, one of the accused, refused to enter a plea so he was “pressed to death”, crushed under a platform piled with heavy stones (below). It took him three days to die. As Wikipedia recounts:

As a result of his refusal to plead, on September 17, Corey was subjected to the procedure by Sheriff George Corwin, but he was steadfast in that refusal, nor did he cry out in pain as the rocks were placed on the boards. After two days, Corey was asked three times to enter a plea, but each time he replied, “More weight,” and the sheriff complied. Occasionally, Corwin would even stand on the stones himself. Robert Calef, who was a witness along with other townsfolk, later said, “In the pressing, Giles Corey’s tongue was pressed out of his mouth; the Sheriff, with his cane, forced it in again.” There are several accounts of Corey’s last words. The most commonly told one is that he repeated his request for “more weight”, as this was how it was dramatized in The Crucible, but it may also have been “More rocks.” Another telling notes it as, “Damn you. I curse you and Salem!” 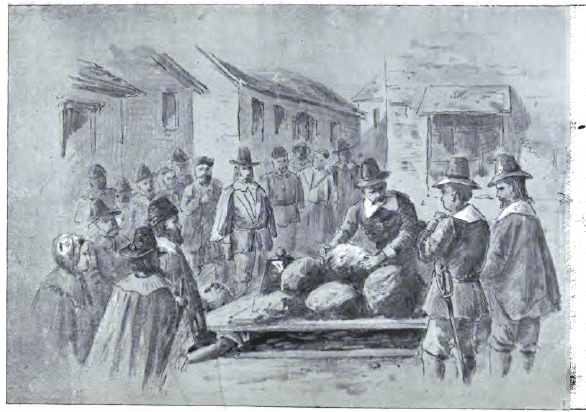 The Brits patented the process just before the French made it free, so Britain was the only place in the world you had to pay licensing fees to use the process.

Here’s an ad from 1850 advertising fast ships to get you to the gold as fast as possible: 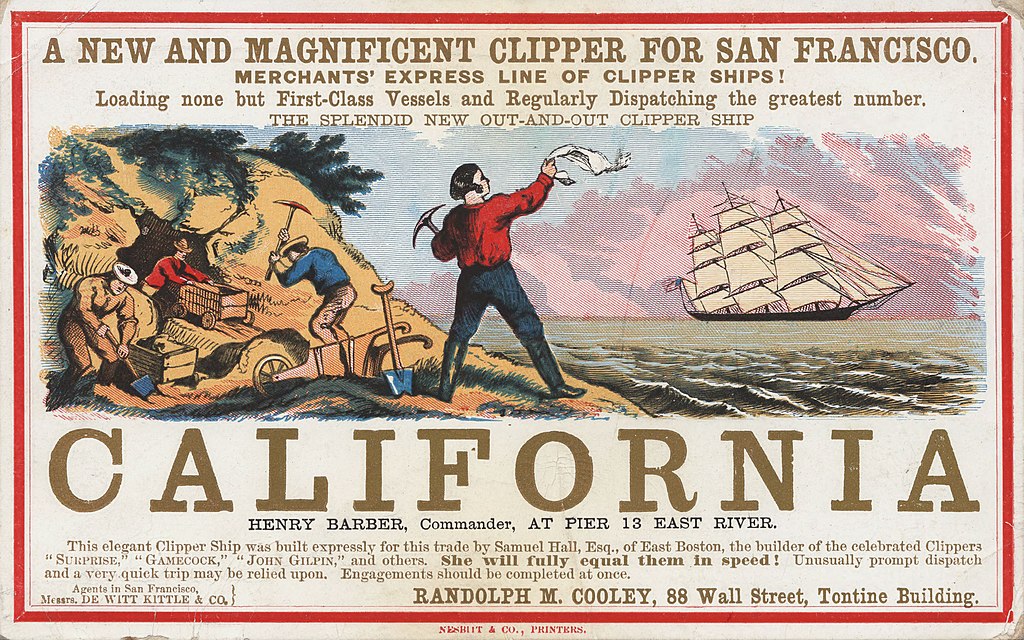 This used to be a huge deal when I was a kid, with the winner making the national news (and fabricating crude but fast wooden cars). Here’s a video from the first one. Now it’s high-tech and boring. Like the Miss America contest, people don’t pay attention to this contest any more.

Less than two years later, Powers, who was shot down by the Russians, was freed in a prisoner swap with a Soviet spy held by the Americans. Here’s a brief video; I’m always fascinated by these East-West prisoner swaps over the Glienicke Bridge in Berlin, also known as “The Bridge of Spies”.

The checkpoint on the bridge was the only one between West Berlin and East Germany that was under full Soviet control (the other checkpoints were under East German control). Here’s the midpoint—the border between East and West—where the spy exchanges occurred: 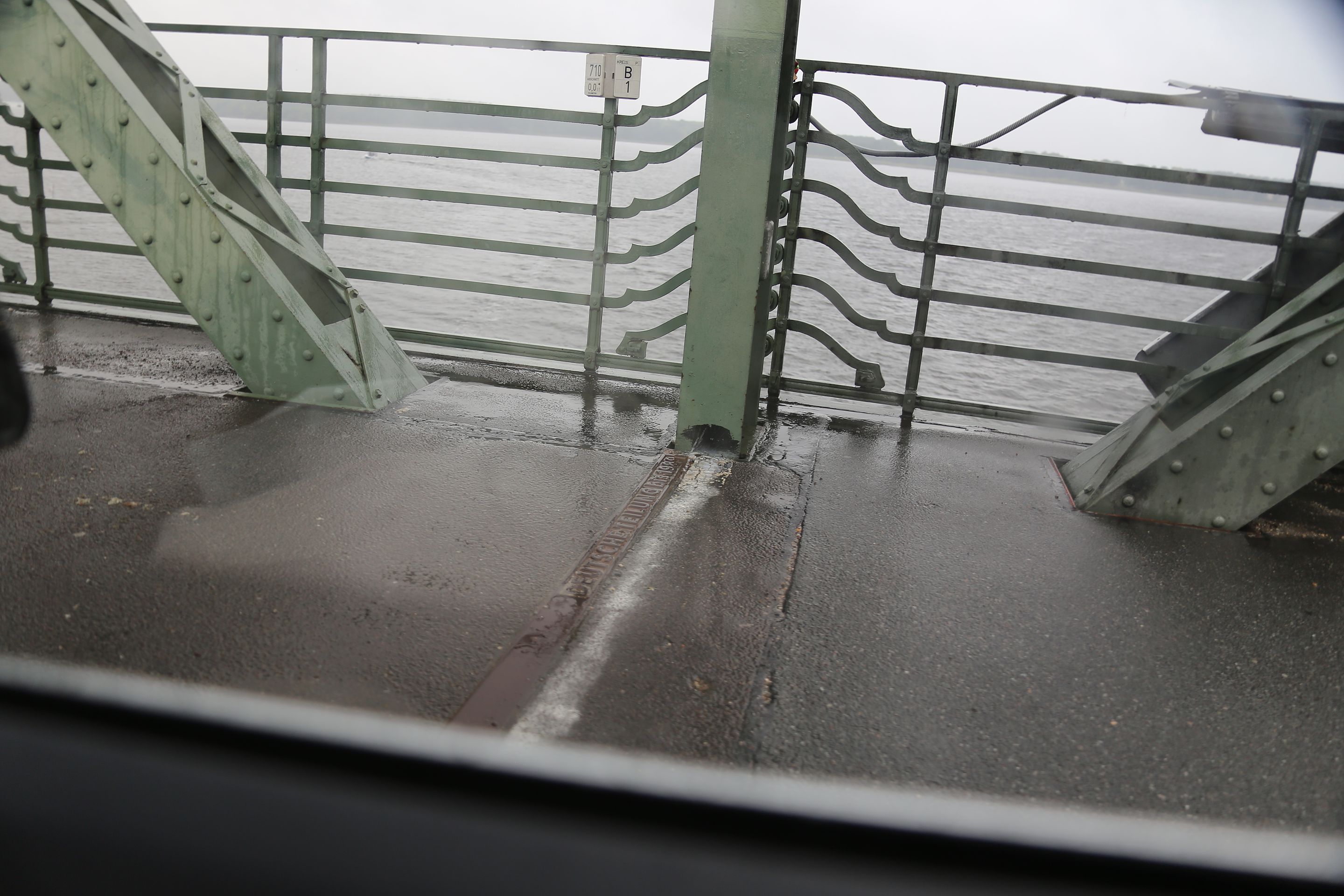 Vierra de Mello, enormously talented and by all accounts a nice guy, was in line to be the next UN Secretary General. The bomb was set by Al-Qaeda, and here’s the damage at UN headquarters:

Here are the Wright Brothers; Orville is the one with the moustache: 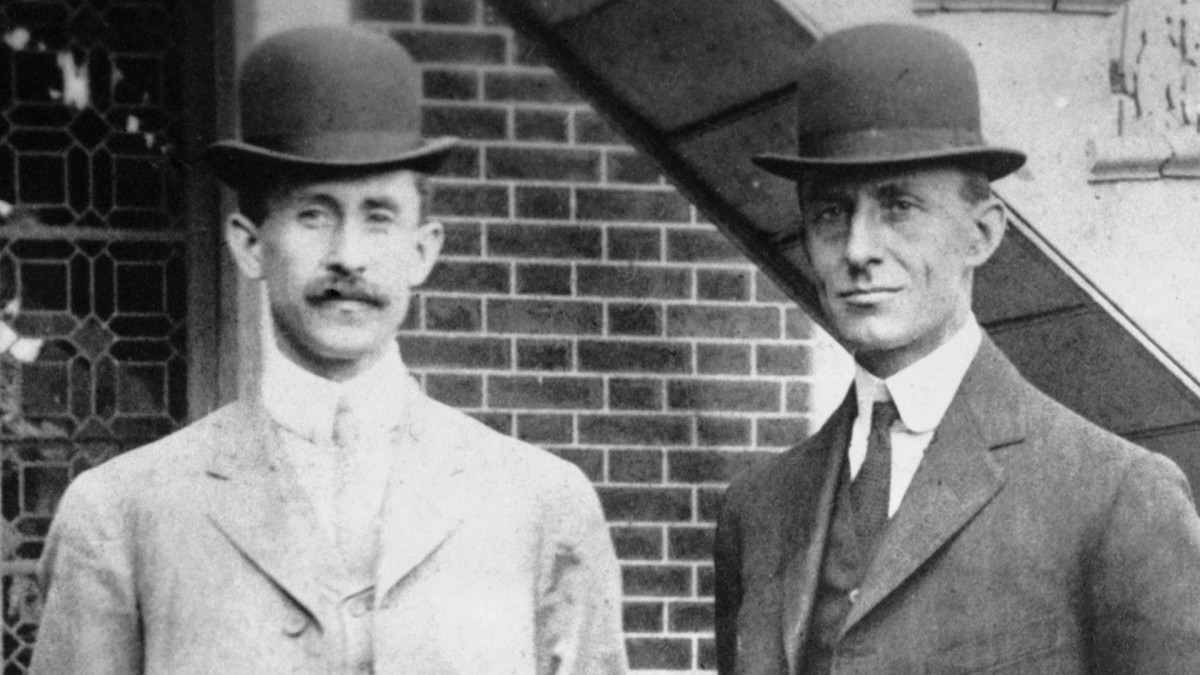 Wikipedia describes the fashion guru as not only an anti-Semite, but also as a Nazi spy. Her products should therefore be deplatformed. Here she is:

Here’s Nash with the model and actress Dagmar. I think this may have been the first time i saw a photo of Nash, and he looks pretty much like I imagined.

My friends who are experts in rock drumming say that Baker was the greatest of them all. Given that he was a lifelong heroin addict, and also afflicted with osteoarthritis, heart problems, and COPD from smoking, it’s amazing that he lived to 80. Here’s a great (though fuzzily photographed) solo by Baker with Cream in 1968.

Those who croaked on August 19 include: 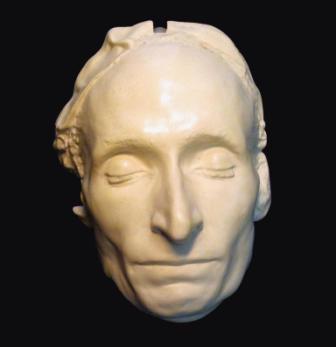 Here’s the legendary outlaw, whose feats were exaggerated, though he did kill quite a few men. (And he did, kill a man for snoring, firing several bullets into the next room, but that death was an accident.) Hardin was imprisoned for 19 years and then, within a year of release, was shot to death in a saloon:

Groucho had a wonderful spontaneous wit. Here he’s faced with a very weird contestant on his t.v. show “You Bet Your Life”. Notice that the weirdo, Albert Hall (!), said the secret word, “food”, and so the duck dropped from the ceiling with its reward.

Meanwhile in Dobrzyn, Hili is trying to find “green” mice:

Hili: I’m going to see whether there are some ecological mice.
A: Maybe you’d prefer a vegetarian dish? 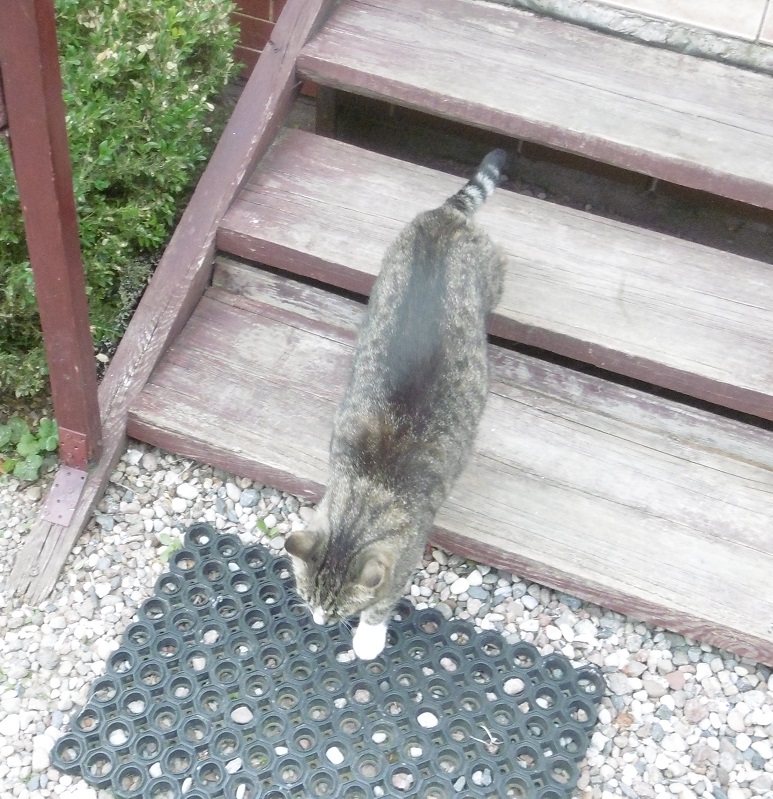 And here is Szaron napping: 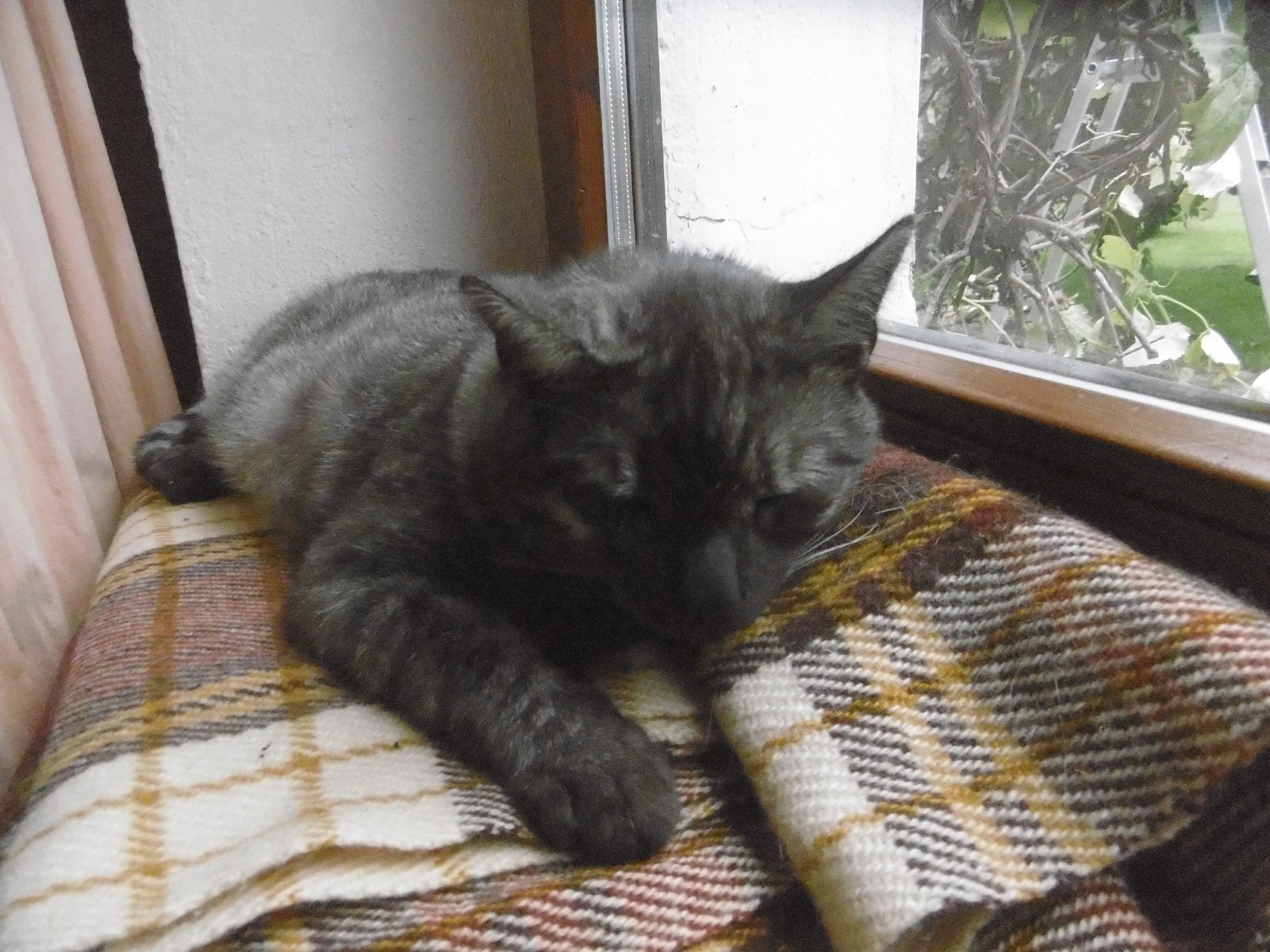 From Divy, who swears her cat has this app on its phone: 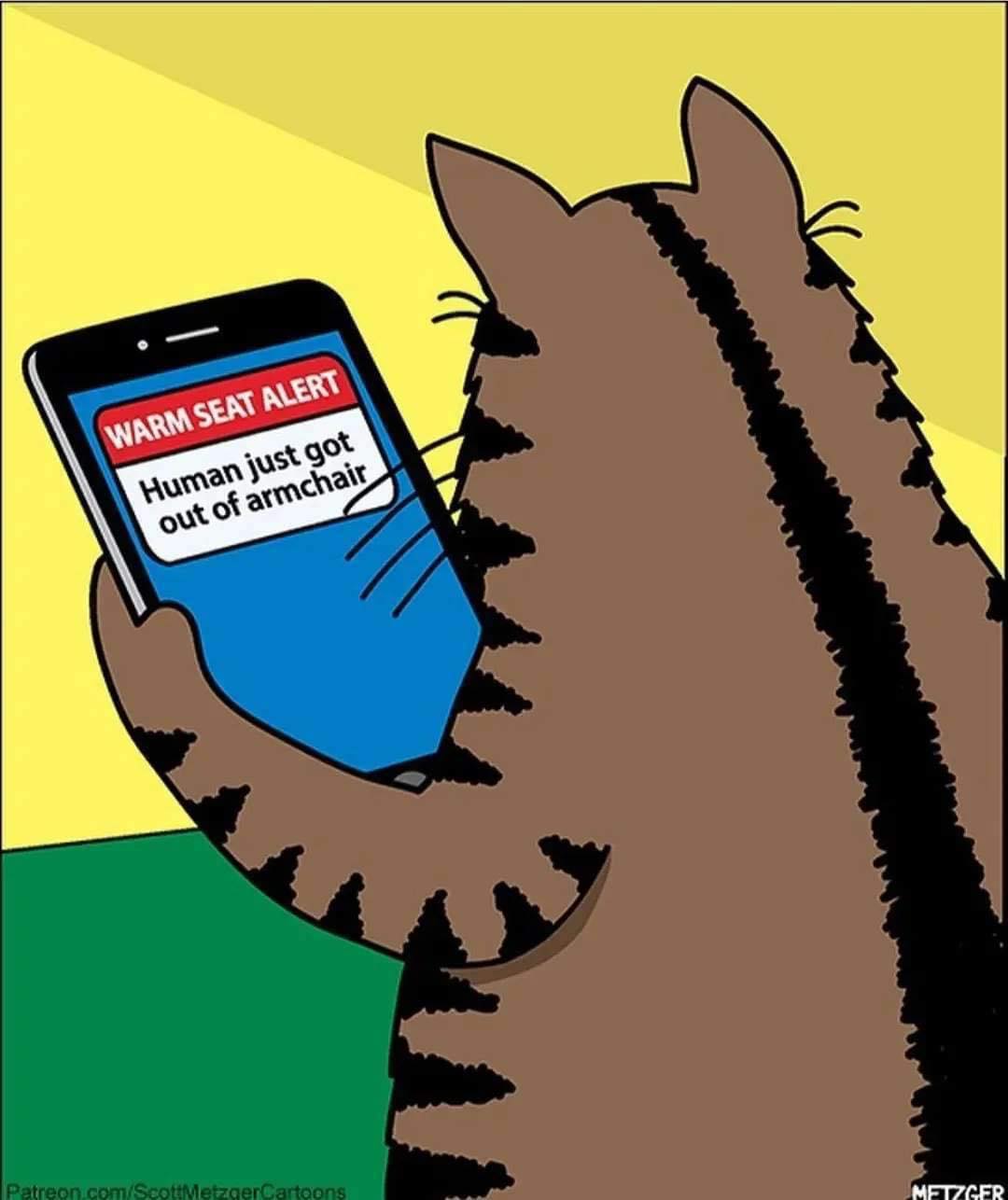 From Jesus of the Day, a cat makes itself fearsome: 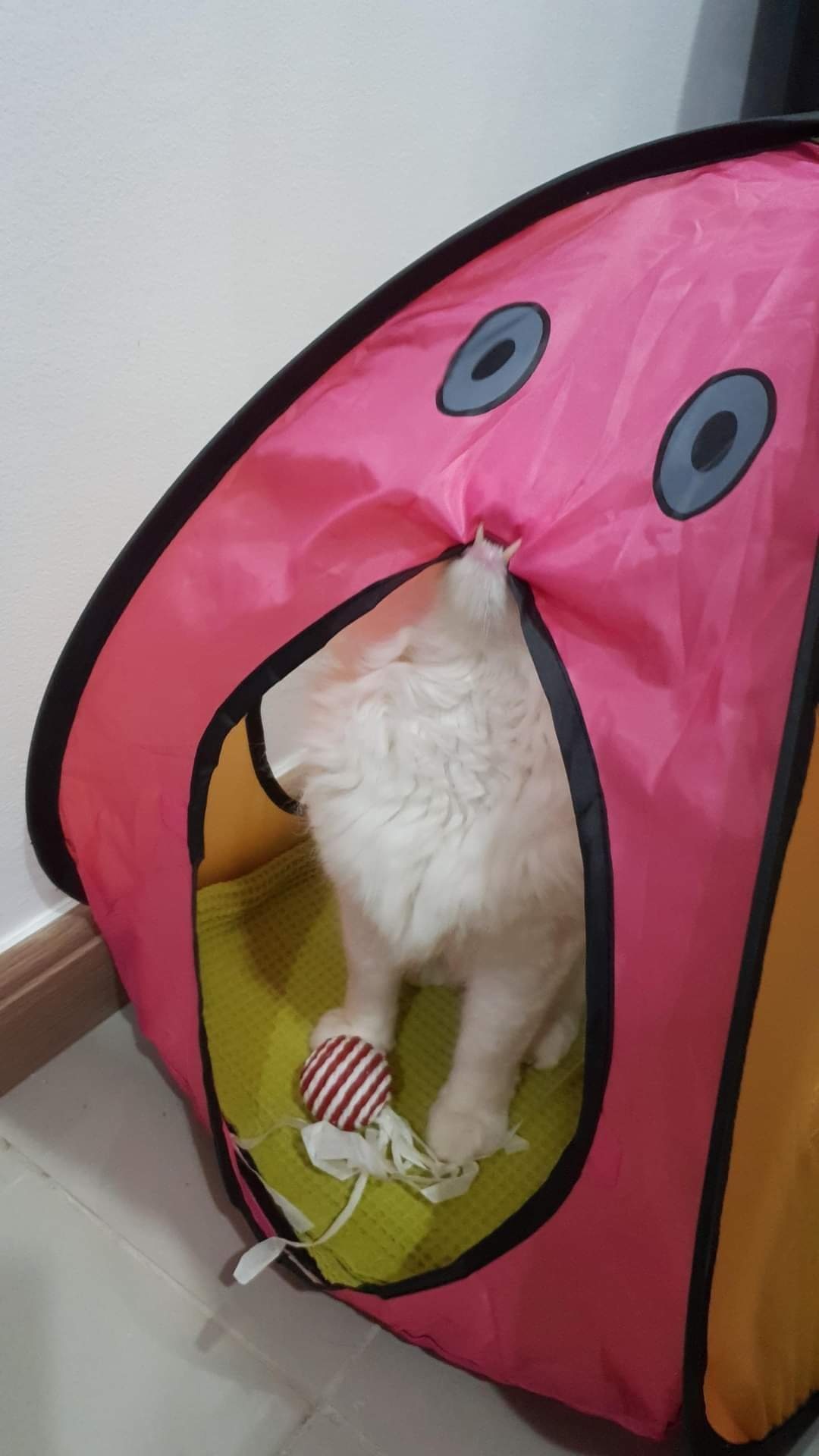 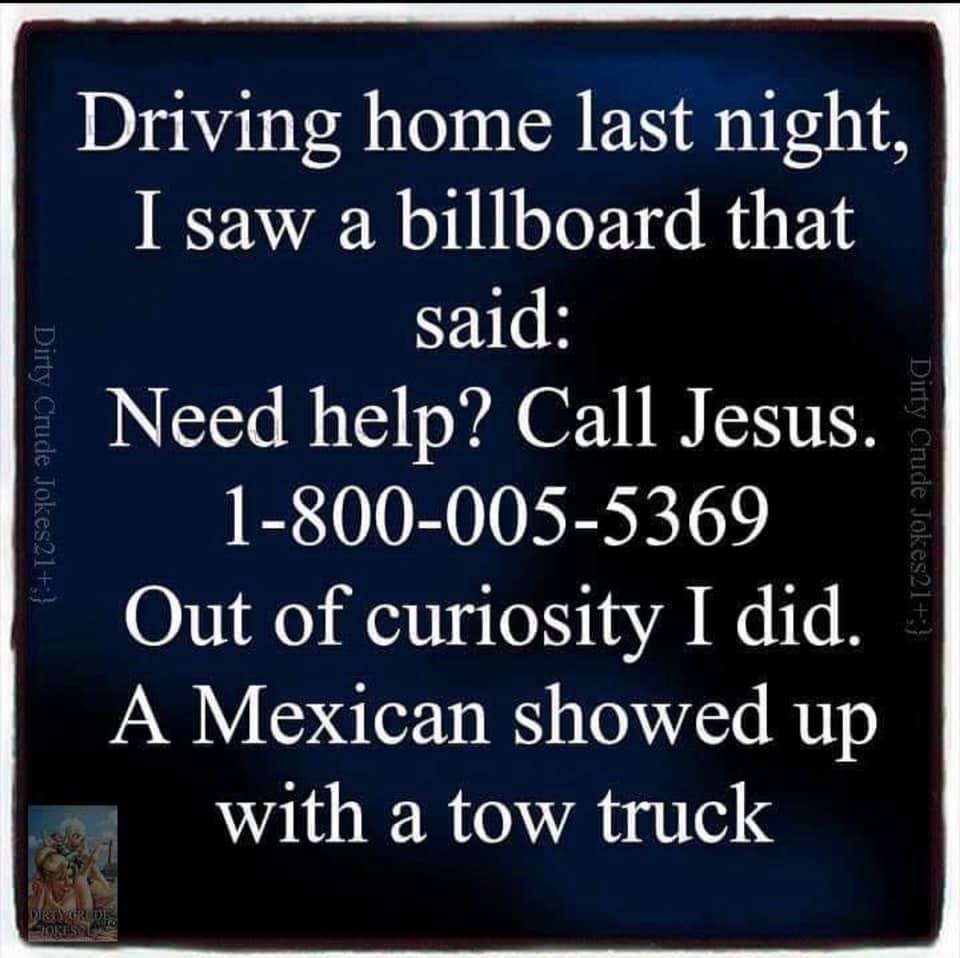 Titania has gone strangely quiet lately, so there are no tweets from him/her. But here’s one from Masih:

"You're our family. Please help"

This young Afghan woman is begging an American soldier at the airport to save her. This breaks my heart because I know that the American government gave them hope, but is now leaving them alone and hopeless. This is called betrayal. pic.twitter.com/EhVcNgNFyq

A tweet from Luana; do you agree with Stewart-Williams’s interpretation? Maybe the d*g was trained. After all, there’s somebody right there to video the whole caper.

This is hilarious but also fascinating for what it reveals about the dog's cognitive abilities: comprehension, forward-planning – even theory of mind (waiting till no one seems to be watching). Amazing! pic.twitter.com/q3dwXHZ9PU

. I know too many of these chuds…. pic.twitter.com/LDBWEdWYRK

Tweets from Matthew. First, a new discovery in astronomy:

The Milky Way broke an arm!

Astronomers just discovered a huge and massive structure sticking out of one of the galaxy's spiral arms at a sharp angle. The weird thing is, it's been right in front of us the whole time.https://t.co/j55Mq160iF

Wally the Lost Walrus is now off the coast of Ireland, and apparently went boating. I hope the guy is heading north, for that’s where Wally should be:

Gone sailing with his uncle Matty. Lovely to see. pic.twitter.com/UX35RgmxKL

This would make a nice poster:

A closer look at pupil diversity and evolution in #frogs and #toads – #ProcB https://t.co/rDUUTHopXu pic.twitter.com/sIwsNrQrDZ

I don’t know the answer to Matthew’s question, but I’m chuffed that there are so many women here:

Attendees at the 1932 International Congress of Genetics (from here: https://t.co/5bbk38ROPM) – noticeable how many women there are. Some may be ‘accompanying persons’, but most are not. Do any #hstm folk know of work on gender distribution in genetics v other sciences pre-war? pic.twitter.com/fSe0OCBJpe