Are you stressed out, uptight, and sick of all the drama in your life? Then, is SCUD Day ever the day for you! What is SCUD? It’s an acronym for “Savor the Comic, Unplug the Drama.” And SCUD Day? It’s “a day to remind people of the benefits of spending more time in the Comic Zone and less in the Drama Zone.” A little more humor and a little less drama, who can’t get behind that?

It’s been 169 days since the Inauguration, and the Bidens still have no cat in the White House.

The President of Haiti, Jovenel Moïse, was assassinated in his Port-au-Prince home by commandos who falsely claimed they were DEA agents. His wife, who was seriously wounded, was flown to the U.S. for treatment. Haiti is the poorest in the Western Hemisphere and has been racked by turmoil, with Moïse accused of acting as an autocrat while his country melted down, half expected to be killed. The Prime Minister is subbing in the interim, while U.S. Embassy employees have been told to “shelter in place.”

With 54 people confirmed dead and 86 still missing after the Surfside, Florida condo collapse, the “search and rescue” mission has been changed to a “recovery” mission. This appears to be a semantic change only, but reflects the fact that nobody is likely to still be alive in the rubble. Why it took two weeks to declare this baffles me, since anybody trapped would have died of thirst within a week. I suppose it is a deliberate change designed to help the friends and loved ones of the missing slowly relinquish their hope.

PEN America offers some hope after all. As reader EdwardM pointed out in a comment on my post yesterday about April Powers being fired from her job as first “Chief Equity and Inclusion Officer for the Society for Children’s Book Writers and Editors (SCBWI)—just because she issued a statement condemning violence and bigotry against Jews—PEN America condemned that Society. Here’s their statement:

(New York, NY) — PEN America voiced serious concern today over reports that April Powers, previously chief equity and inclusion officer at the Society of Children’s Book Writers and Illustrators (SCBWI), resigned under pressureas a result of a statement condemning anti-Semitism that triggered vociferous online outrage, on the basis that it failed to address other types of religious or ethnic animus.

“Issuance of a factual public statement within the scope of a professional’s job should not be grounds for discipline or resignation under pressure. Biases and bigotries take on many variations and targets—anti-Black racism, Islamophobia, anti-Semitism, homophobia, sexism, and other forms each have their own distinct characteristics and are worthy of forceful denunciation in their own right. The fight for human rights and dignity must oppose such hatreds in all their forms.

“Absent any such indication, the condemnation of one form of hatefulness should not be read to imply indifference toward others. Complex and divisive issues are best addressed through reasoned dialogue, which can include heated debate. Ad hominem attacks, harassment, vitriol, and threats stifle debate, creating regrettable cycles of spiraling censoriousness that can silence important perspectives. We call on SCBWI to clarify the circumstances of Powers’s departure from the organization and to make clear its unequivocal, unapologetic denunciation of anti-Semitism, and of other forms of bigotry.”

The Jerusalem Post and several other venues announced that Linda Sarsour has once again issued an anti-Israel tweet, and got such strong pushback that she decided to leave Twitter for a few days to allow things to cool down. You may recall that Israel sent over a contingent of the Israeli Defense Force personnel to help look for victims in the rubble of the Surfside, Florida, condo collapse. Sarsour promptly retweeted someone else’s criticism of this, with two fingers pointing at it in agreement (h/t Debra): 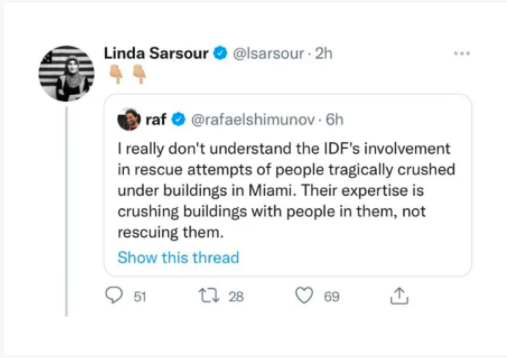 That’s a pretty hateful tweet, especially since the IDF did it on their own volition, and over 100 lives were lost in that collapse. Sarsour, soon realizing that this didn’t have good “optics”, took down her retweet, putting up this:

I’ll be back in a few days. This site is a place where those with no morals or values can take someone’s tweet & claim higher ground with no reflection or retrospection on the atrocities and injustice they support on a daily basis.

There’s no need to claim higher ground when the ground you occupy is so low, like Sarsour. She’s a hateful person, best ignored. Yet many love her.

One wag responded to that tweet by saying, “I believe what you meant to write was ‘I’m sorry’.” But she’s incapable of remorse.

Stuff that happened on July 8 includes:

Here’s the Liberty Bell, which might have been rung on July 8, 1776. Note that it’s now cracked, an accident from the early 19th century. It was used to summon Philadelphia lawmakers to meetings and alert citizens to other doings: 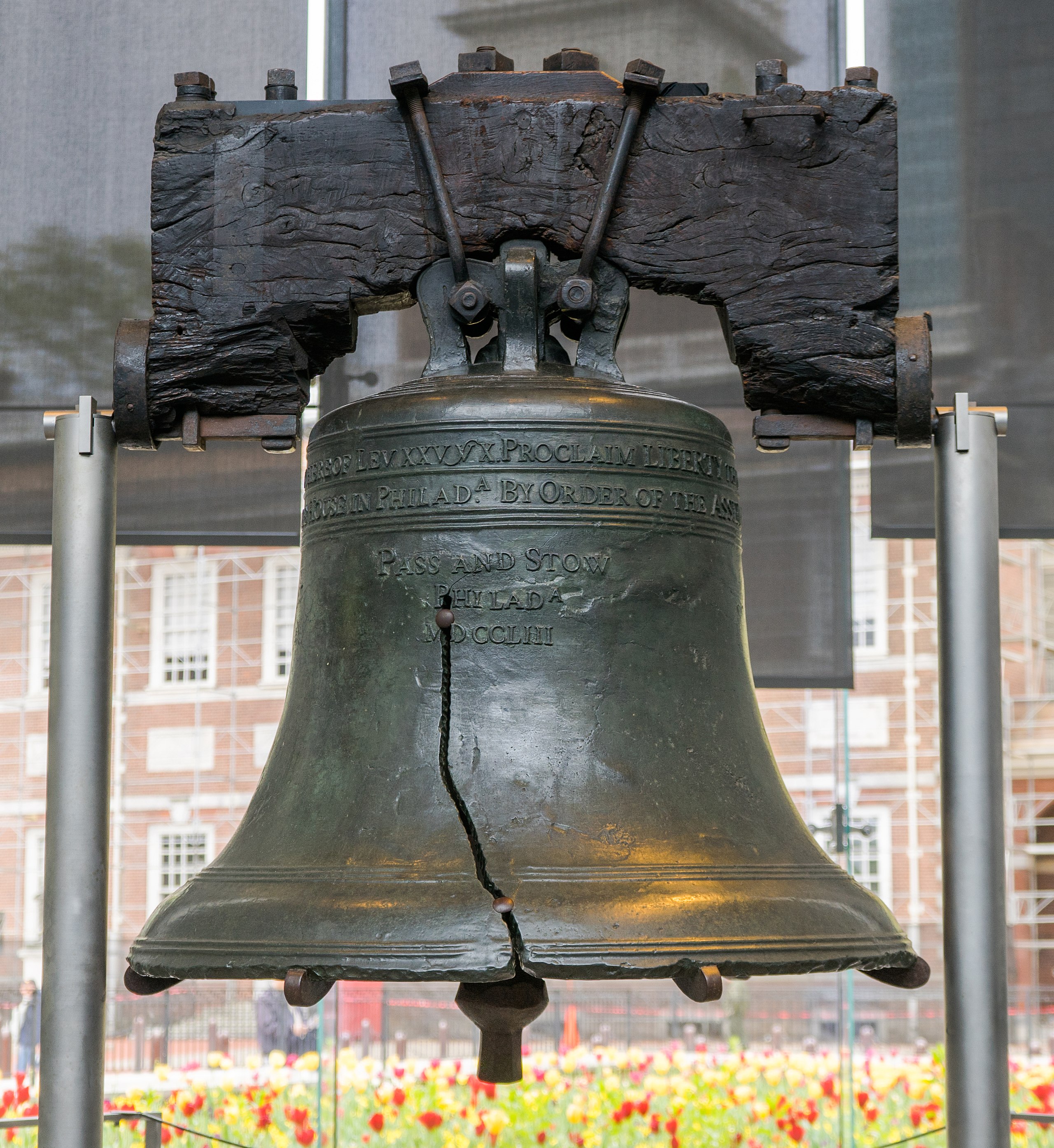 This arduous 1400 km. march was designed to bring order to western Canada after a Native American uprising, which, the Mounties feared, would draw the U.S. into a war with Canada alongside the First Nations people. It failed; when the Mounties got to their goal, a whisky trading post named Fort Whoop-Up, everyone had fled.

Here’s a 1997 reconstruction of Fort Whoop-Up: 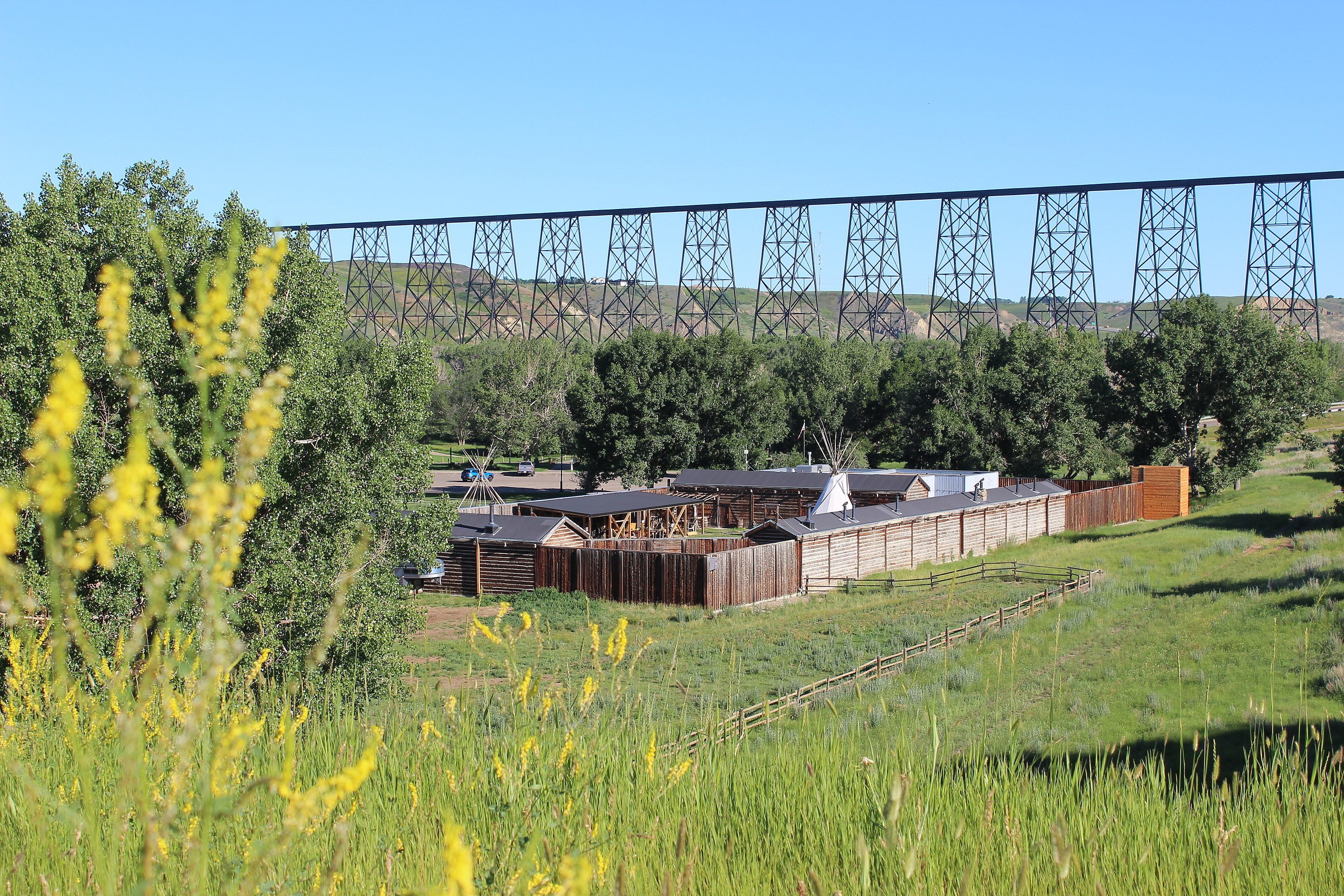 Here’s the first issue, which looks pretty much like it does today: 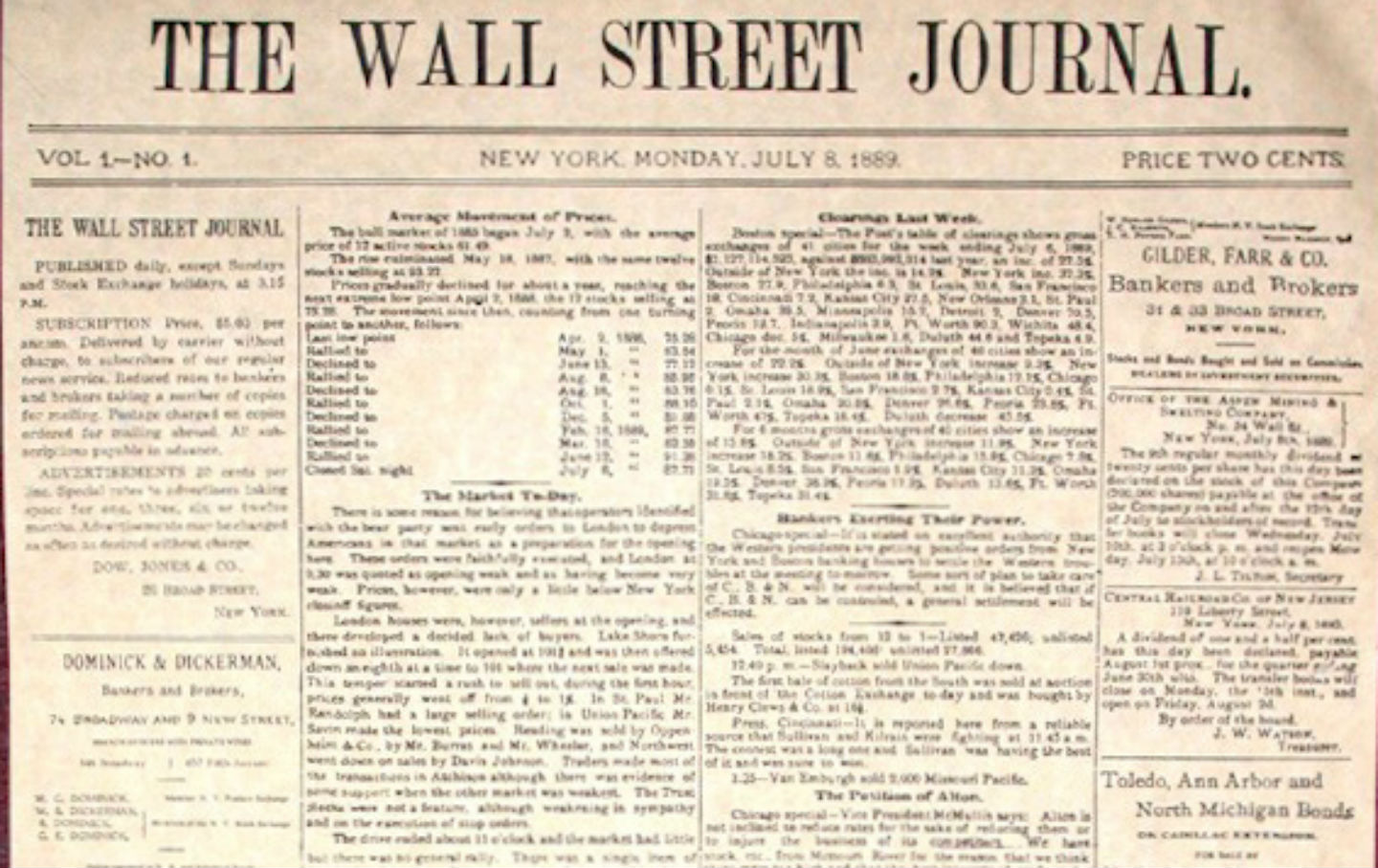 Here’s Soapy in a photo labeled “Jefferson ‘Soapy’ Smith standing at bar in saloon in Skagway, Alaska. July 1898. A bit from Wikipedia about how he got his name and his reputation:

Smith gained notoriety through his “prize soap racket,” in which he would sell bars of soap with prize money hidden in some of the bars’ packaging in order to increase sales. However, through sleight-of-hand, he would ensure that only members of his gang purchased “prize” soap. The racket led to his sobriquet of “Soapy.”

The success of his soap racket and other scams helped him finance three successive criminal empires in Denver, Creede and Skagway, respectively. He was killed in the shootout on Juneau Wharf in Skagway, on July 8, 1898. 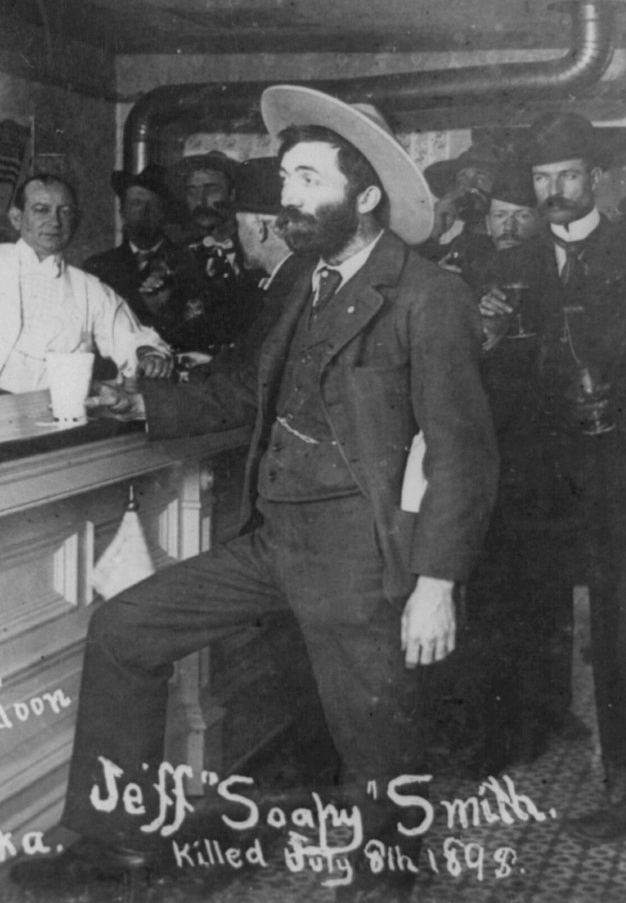 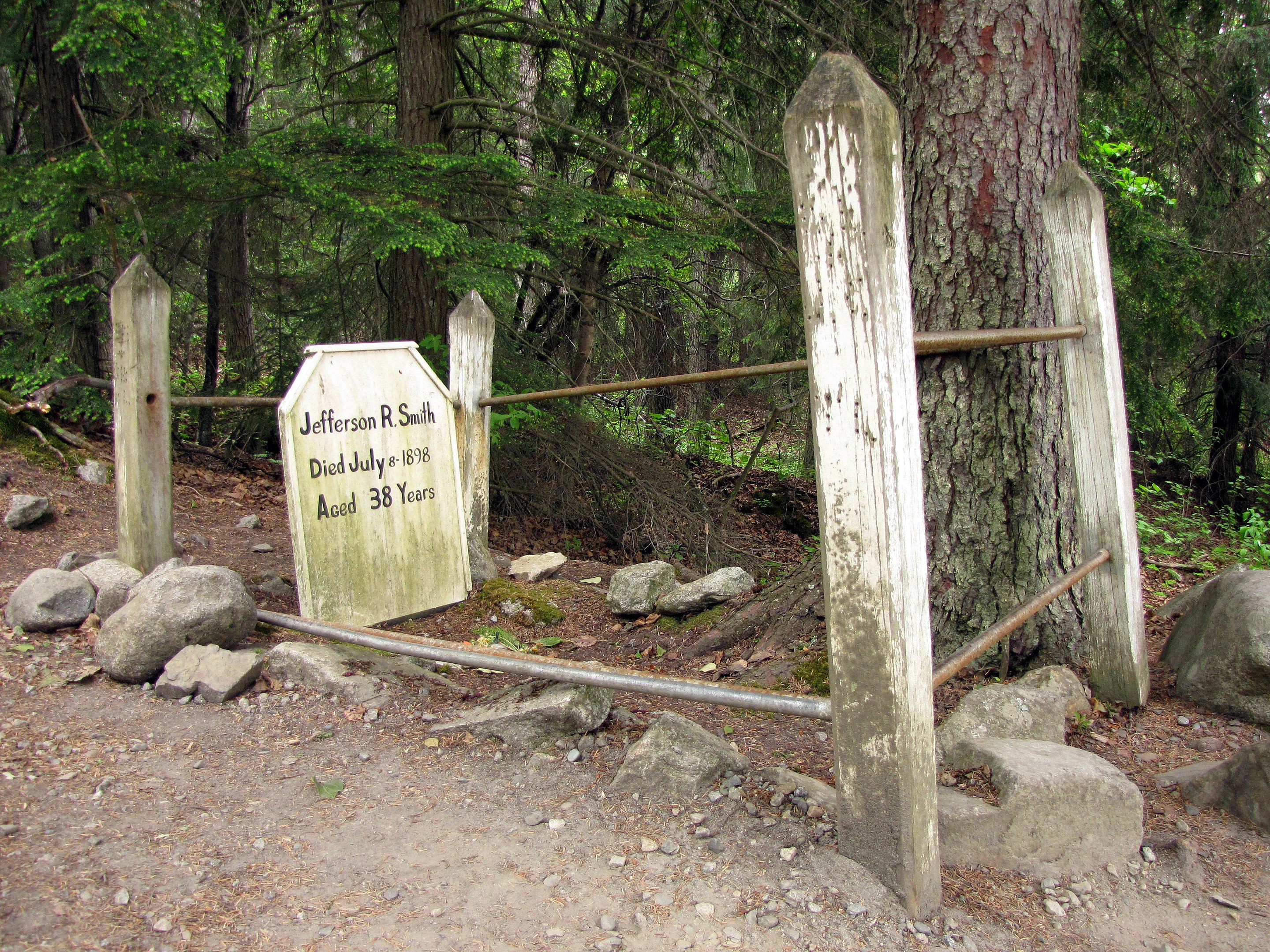 It wasn’t aliens: it was a nuclear-test survey balloon that crashed.

After the Soviets shot Powers down, he spent 17 months in prison before being exchanged in a prisoner swap for a Russian spy. His life wasn’t all that happy after that, and he finally died in a helicopter accident in 1977. Here’s a picture of him in Soviet custody:

The Glienicker Bridge, or “Bridge of Spies”, spanning the former East and West Berlins, and over which spies were exchanged:

Propaganda for the Dear Leader: 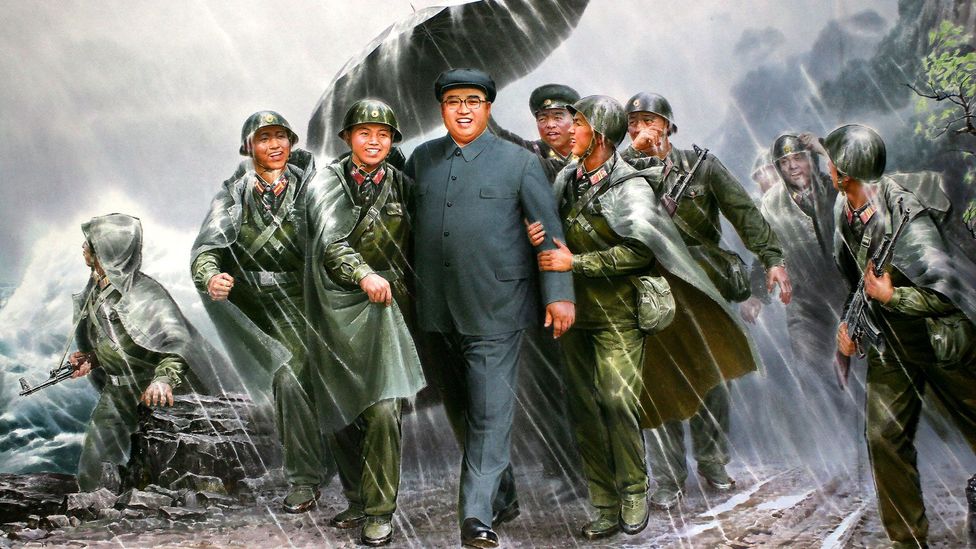 That was indeed a major defeat; here are two minutes of highlights that you can see by clicking on “Watch on YouTube”. Germany scored some nice goals.

Eckstine’s work is underappreciated. Here’s his version of one of my favorite standards, “Without a Song“, written by Vincent Youmans, Billy Rose, and Edward Eliscu,

Here’s Osborne singing the Motown standard “Heat Wave” (a hit for Martha and the Vandellas, and written by Holland-Dozier-Holland); the backup band is the Funk Brothers, the standard group of studio musicians during Motown’s height. (Don’t miss their rendition of “What Becomes of the Broken Hearted”.)

Those who “passed” on July 8 include:

A bit about Ellis from Wikipedia:

Henry Havelock Ellis (2 February 1859 – 8 July 1939) was an English physician, eugenicist, writer, progressive intellectual and social reformer who studied human sexuality. He co-wrote the first medical textbook in English on homosexuality in 1897, and also published works on a variety of sexual practices and inclinations, as well as on transgender psychology. He is credited with introducing the notions of narcissism and autoeroticism, later adopted by psychoanalysis.

Ellis was among the pioneering investigators of psychedelic drugs and the author of one of the first written reports to the public about an experience with mescaline, which he conducted on himself in 1896. He supported eugenics and served as one of 16 Vice-Presidents of the Eugenics Society from 1909 to 1912. 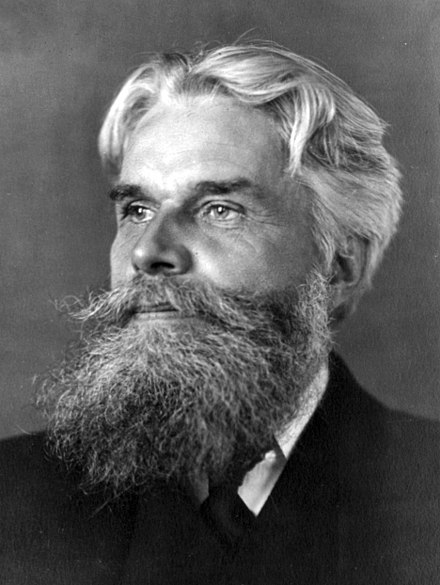 Meanwhile in Dobrzyn, Hili finds a naturalistic explanation for an old proverb.

Hili: The grass is greener on the other side of the fence.
A: Maybe it was raining over there. 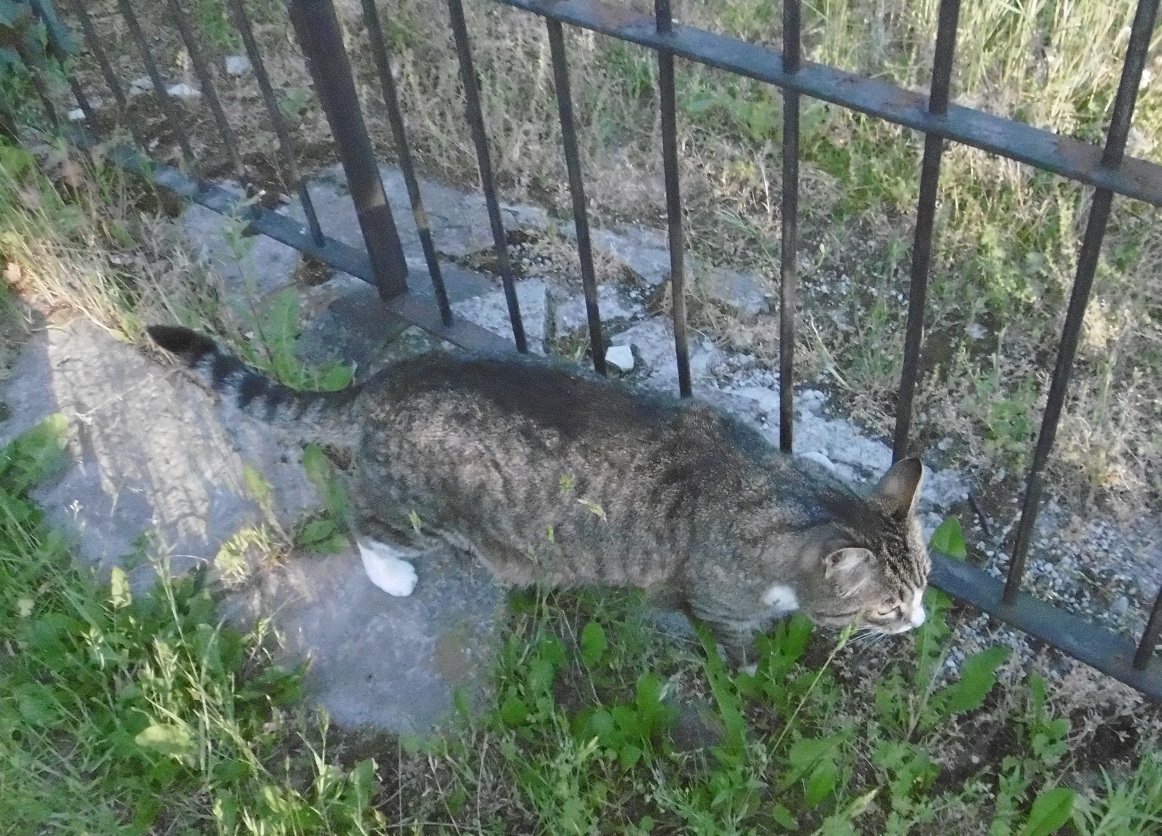 A picture of Szaron from Paulina: 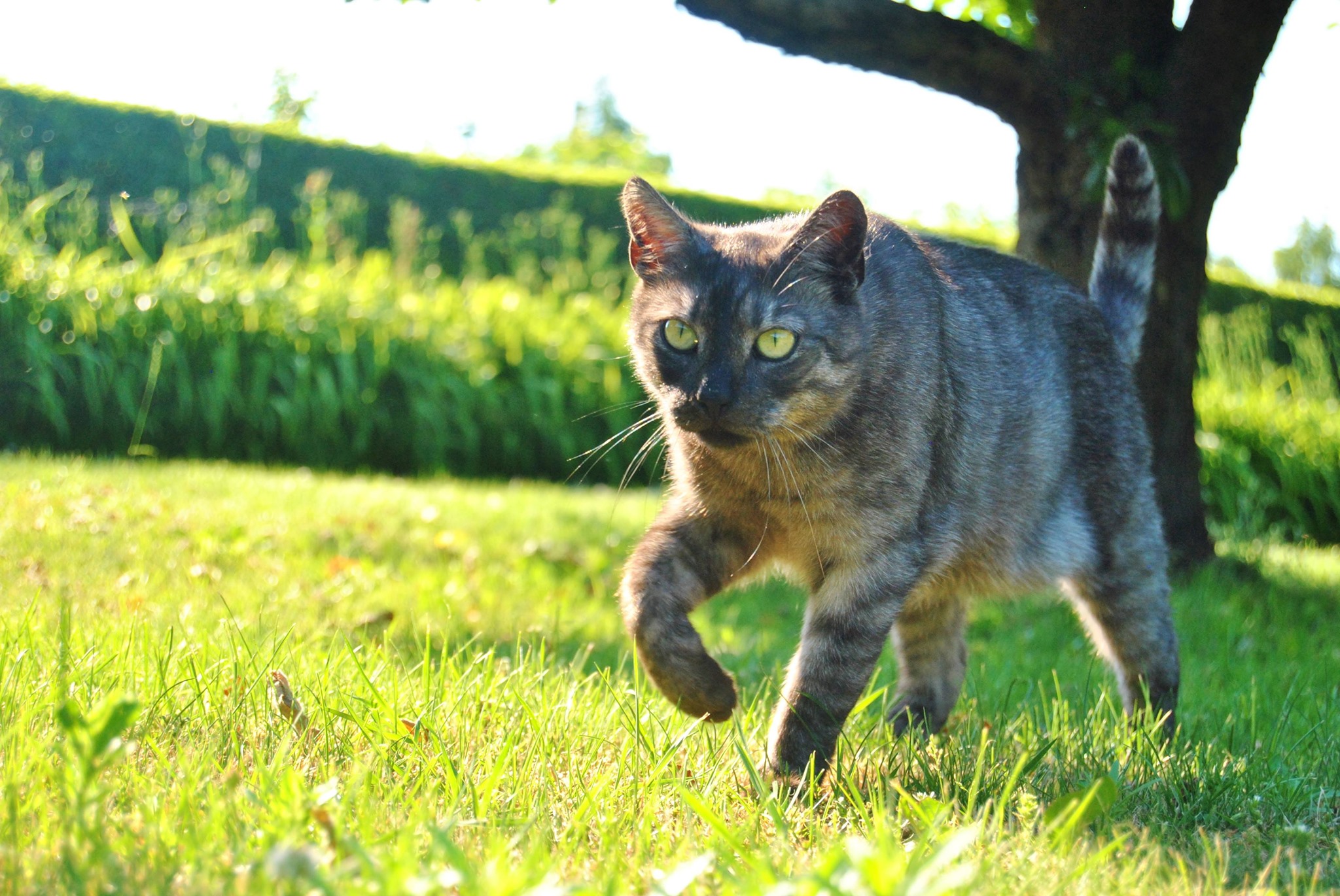 A cat meme from Divy: 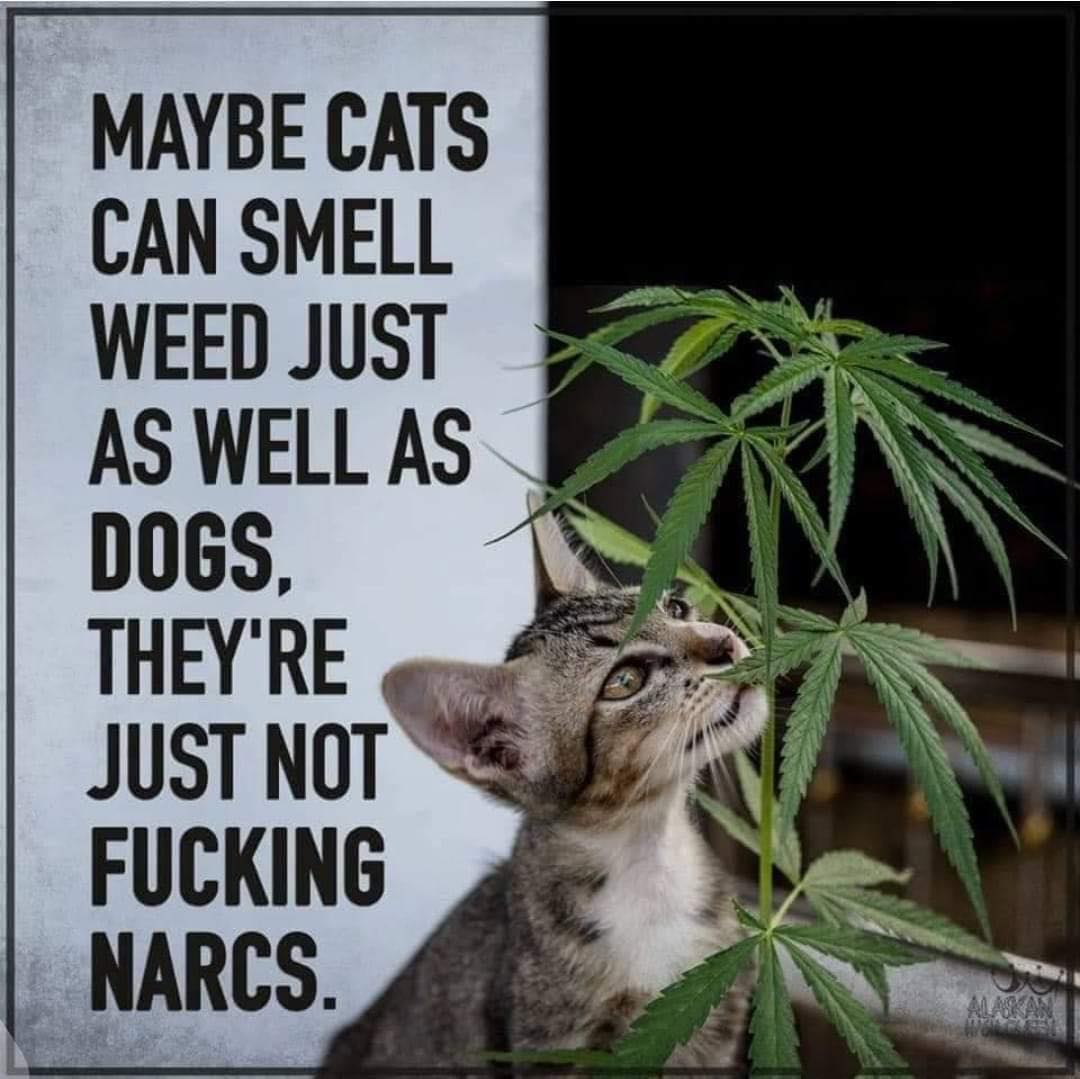 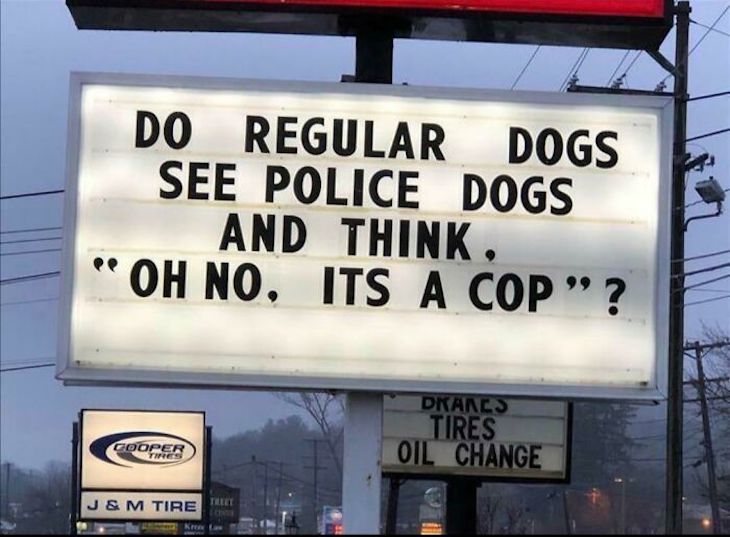 A cartoon from Beth: 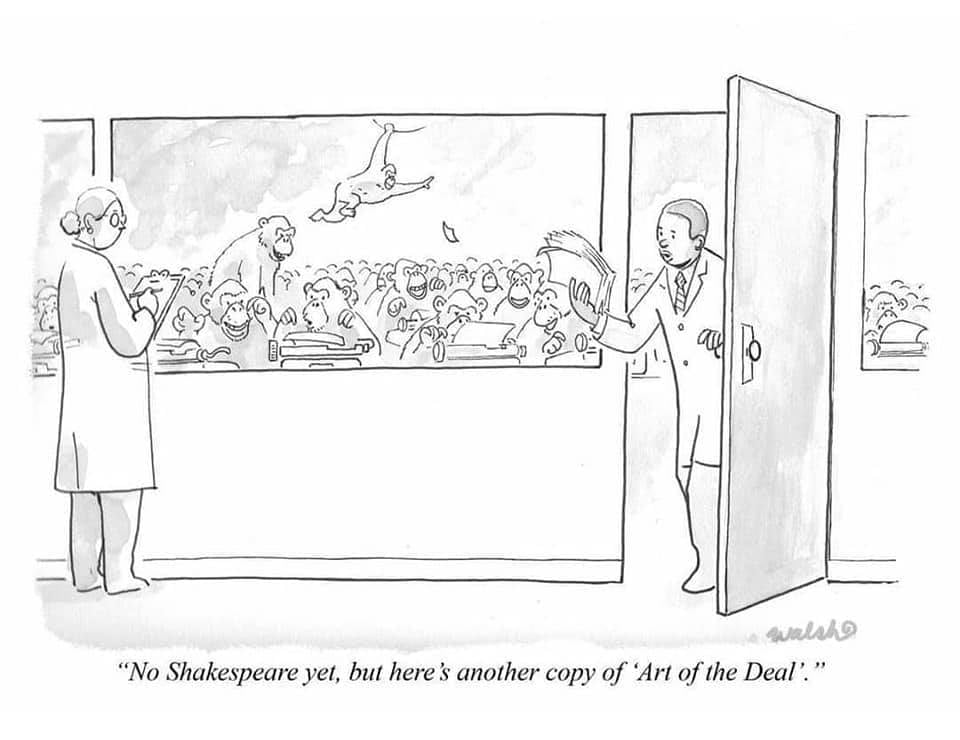 A tweet from Gethyn, who assures us that “no cat was harmed in the making of this video”:

This same cat entered the house at 5 a.m through a 1st floor bathroom window above a sheer wall (with a small drainpipe). During a storm. We need to get pet insurance, yes? pic.twitter.com/H0UFThmFrS

Does anyone know who wrote this? I don’t.

trying to work during a pandemic pic.twitter.com/QZtathNo5K

I’ve posted this before but this giant siphonophore is stunning (it’s actually a huge colony of individual animals):

BUT HOW DID IT GET THERE? https://t.co/pmF6GLsuHs

I can understand why a fly would have a big head; in this case surely to accommodate the big eyes needed for especially good vision, but I have no idea why a pinhead fly would evolve!

Just thinking about the fact that there's a family of flies called the Big-headed Flies and another called the Small-headed Flies, and they look like this

A very spiffy train photographed the year i was born:

A Milwaukee Road publicity photo featuring the westbound "Morning Hiawatha" about to duck under the Chicago & North Western overpass at Techny, IL in 1949. Bringing up the rear is one of the new Skytop lounge observations featuring 12 solarium seats, 24 seats, and a drawing room. pic.twitter.com/HwxTcqeJ7T

Apparently this statue was designed to have a beehive for a head. They likely placed the comb there and then introduced a queen and some workers.

In fact it was designed that way! Exomind (Deep Water) by Pierre Huyghe. He’s one of my faves https://t.co/scwbrif3JX