This goes for other forms of ideological and moral statements. When one condemns, for example, attacks on Asians, as happened during and after the Florida Spa massacre (not definitely targeted at Asians) and during the pandemic, you should defend the rights of Asians to live in America without fear, and should condemn attacks on Asians motivated by bigotry. To lump in all other minorities at the same time dilutes the solidarity one expresses with a beleaguered group, and thus what solace the group can take. (If you want to condemn all bigotry, then just say that, but it confers more love to defend a specific group under attack rather than just saying, “Can’t we just love one another?”)

This holds for all beleaguered minorities except one. And you know which one that is: the Jews. Although they’re the most frequent victims of hate crimes in the U.S. on a per capita basis, Jews though a tiny minority, are not considered minorities and are not considered oppressed—despite the data I just gave and the increasing tendency of the American Left to tilt towards anti-Israel sentiments and, indeed, anti-Semitic movements like BDS. Lest you fault me for going off on anti-Semitism again, be aware that this is one of the biggest hypocrisies of the Western Left, right up there with the Left’s failure to defend the rights of gays and women that are regularly abrogated in Arab countries. After all, Arabs are considered people of color and Jews are honorary white people.

So, when you hear someone denigrate anti-Semitic attacks, you’ll often hear, right alongside it, denigration of “Islamophobia”. This whataboutery is, I think, almost unique to Jews. You cannot condemn attacks on Jews without condemning attacks on Muslims at the same time. It’s like saying “Black Lives Matter—and so do Asian ones.” It’s not simply an American attempt to be fair, but expresses the uniquely unhappy position of Jews in this world.

At any rate, the failure to include Muslims when condemning anti-Semitism just cost April Powers her job as the Society for Children’s Book Writers and Editors’ (SCBWI) first “Chief Equity and Inclusion Officer”. All she did was issue a statement condemning anti-Semitism. Her mistake was not only to issue that statement without mentioning “Islamophobia”, but also to defend what she did on Facebook. For that she was fired. The irony is that April Powers is not only Jewish, but black.

This ridiculous situation, so common in Young Adult Fiction—I nominate that field, along with the Knitting Community,  as the Wokest area of endeavor in America—is described on Bari Weiss’s site in a nice piece by Kat Rosenfield. You can read it for free by clicking on the screenshot below. 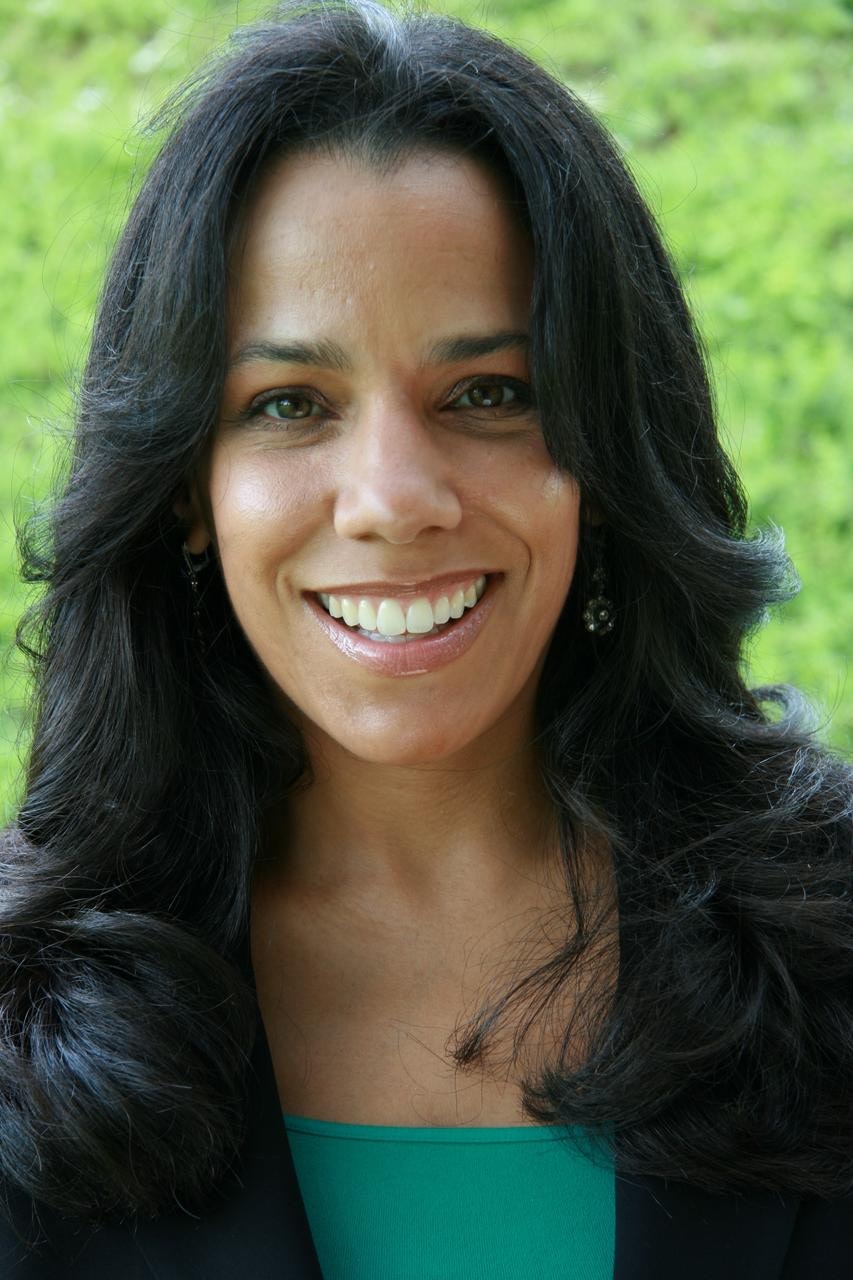 Below: Rosenfield’s description of the SCBWI. I’ve followed their shenanigans over the years, and they seem to me nothing more than a group of sanctimonious Pecksniffs whose purpose is to ensure that no young adult literature is published that doesn’t conform to their ideological views. They are, pure and simple, a bunch of odious censors.

The Society for Children’s Book Writers and Editors is an organization for established and aspiring professionals in children’s and young adult literature. The publishing industry is famously left-wing, but the world of children’s publishing makes the rest of the industry look like milquetoast moderates. In the past few years, Young Adult authors have rewritten already published work deemed offensive. They have seen the ratings of a not-yet-released book torpedoed by organized takedown campaigns on Goodreads. They have cancelled their own titles after (often flimsy) allegations of racism, or been compelled to reveal private, even traumatic details of their lives in order to “prove” that they have the standing to tell certain kinds of stories. In one particularly notorious case, Kirkus Reviews retracted its starred review of the novel “American Heart” and issued a new one scolding its “problematic” elements after a Twitter outrage.

It was in that context that the Society for Children’s Book Writers and Editors put up a post on Facebook that began: “The SCBWI unequivocally recognizes that the world’s 14.7 million Jewish people (less than 0.018% of the population) have the right to life, safety, and freedom from scapegoating and fear.” The June 10 post went on to condemn antisemitism as “one of the oldest forms of hatred,” and asked readers to “join us in not looking away.” 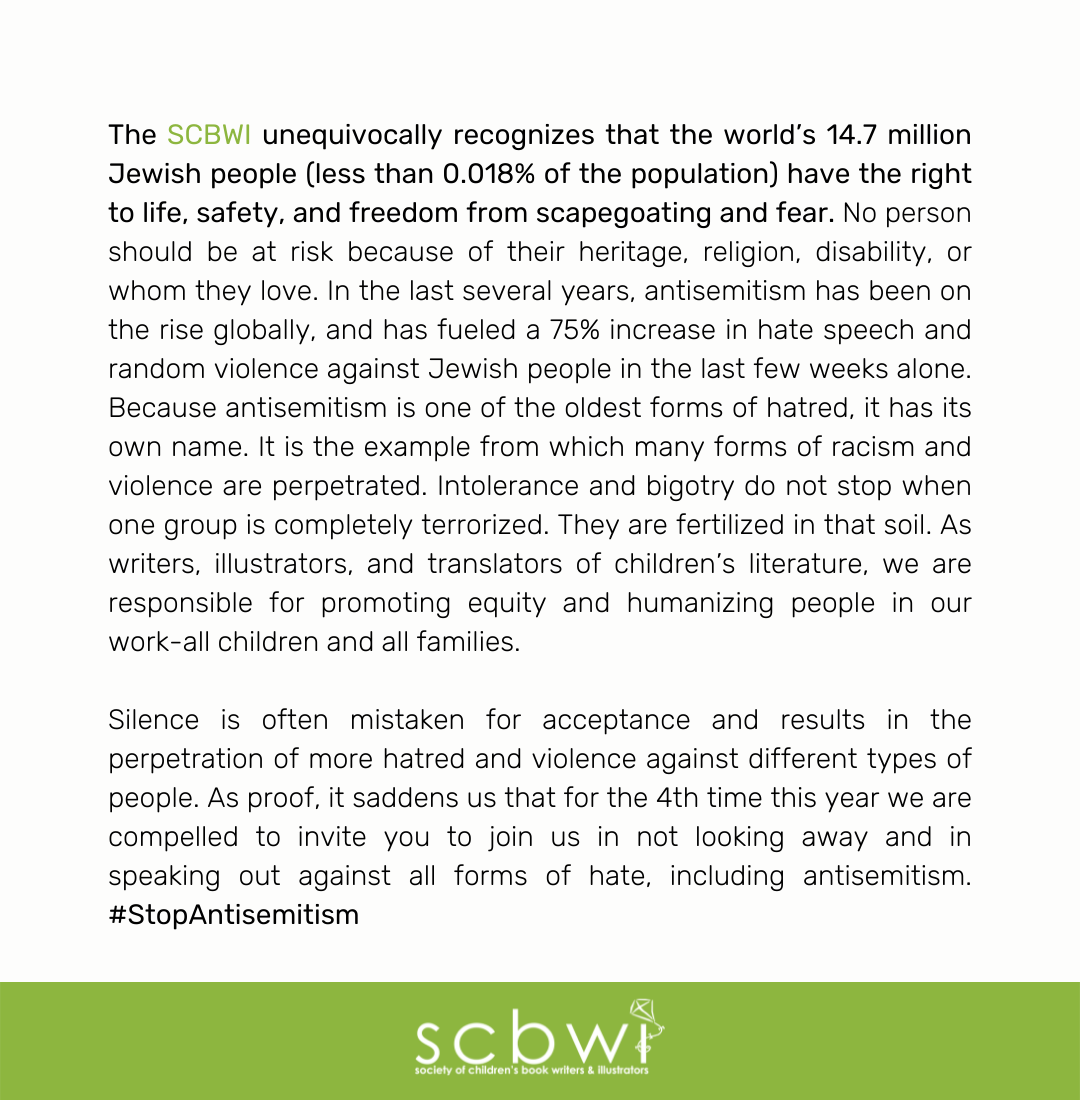 Things rapidly got out of hand when SCBWI member Razan Abdin-Adnani (described as the daughter of Palestinian refugees) asked if the organization “also planned to denounce violence against Palestinians.” Powers responded that the statement reflects “recent surges in hate crimes & violence around the world. If we see a surge against Muslims globally as we have w/other groups, expect us to speak up.”

Engaging like that was a big mistake, and the Facebook fracas got hostile. Then it spread to Twitter, which of course is toxic, and Abdin-Adnani demanded a refund of her membership dues.

Rosenfeld describes the downfall of Powers, accompanied by the usual fulsome apologies, including, sadly, one by Powers herself:

You might imagine that this would have been a good time for the organization to take a principled stand, to condemn this member’s inappropriate behavior, and to make a strong statement in support of its employees, particularly its black, Jewish diversity chief.

Instead, SCBWI stayed silent as the controversy continued to blow up online. Both Powers and the SCBWI account blocked Abdin-Adnani as her tweets got more intemperate, contributing to a narrative that she had been “silenced.” Big accounts on YA Twitter signal boosted her complaints. Prominent authors demanded apologies and vowed boycotts.

Then, two weeks after the original Facebook post, Lin Oliver, the executive director of SCBWI, offered a groveling apology. Not to the Jews, for failing to stand by a simple denunciation of antisemitism, nor to a faithful employee, whom SCBWI had left to twist in the wind, but to “everyone the Palestinian community who felt unrepresented, silenced, or marginalized.” The statement went on to acknowledge “the pain our actions have caused to our Muslim and Palestinian members” — pain brought on, it seems, by daring to oppose violence against Jews. “I also want to offer my apologies to Razan Abdin-Adnani for making her feel unseen and unheard by blocking her. She has been unblocked from our feed,” Oliver wrote. (Oliver and Abdin-Adnani did not respond to requests for comment.)

Although Powers insists that SCBWI did not compel her resignation, SCBWI happily took credit for it. The apology noted: “As a remedy to these events, we have taken some initial steps: 1. Effective immediately, we have accepted the resignation of April, our Chief Equity and Inclusion Officer.”

Toward the end of the organization’s apology was an abject note from Powers herself: “By posting an antisemitism statement, our intention was to stay out of politics. . . . I neglected to address the rise in Islamophobia, and deeply regret that omission. . . While this doesn’t fix the pain and disappointment that you feel by my mishandling of the moment, I hope you will accept my sincerest apologies and resignation from the SCBWI.”

What began as a simple denunciation of antisemitism ended with a letter that reads like a hostage video.

Have a look at SCBWI director Lin Oliver’s apology for neglecting to include Palestinians. Here’s a bit of that:

The words fall into the familiar order, “undrepresented, silenced, or marginalized.” All that’s missing is “violence”, “offense”, and “erasure”.

I’m saddened that Powers felt she had to apologize, too, as she had not the slightest reason to. But she is described as being an accommodating and diplomatic person, and didn’t want to make waves. At least she refuses to apologize for writing the statement about anti-Semitism.

Rosenfield ends eloquently, even adding what I see as an allusion to the movie “Chinatown”:

For the moment, at least, Jews are Schrodinger’s victims; they may or may not be deserving of sympathy, depending on who’s doing the victimizing. When a group of tiki torch-wielding white nationalists chant “Jews will not replace us!,” the condemnation is swift. But replace the tiki torch with a Palestinian flag, and call the Jews “settler colonialists,” and the equivocations roll in: Maybe that guy who threw a firebomb at a group of innocent people on the street in New York was punching up, actually?

April Powers naively believed that American Jews should get the same full-throated defense as any other minority group in the wake of a vicious attack, without ambivalence, caveats and whataboutism. That belief cost her the security of a job.

In the words of that unseen videographer: This is America, guys.

Palestinians and Muslims have cowed the American Left to the extent that no denunciation of anti-Semitic violence is possible without including a mention of “Islamophobia”. Asians, Hispanics, and other minorities don’t have the same power.

Why is that? You know the answer. It’s the same reason why two dozen writers belonging to PEN America denounced the organization’s conferring its Freedom of Expression Award to Charlie Hebdo in 2015. It’s fear, Jake: fear of physical harm, fear of demonization, fear of hurting people’s feelings by standing up for what is right. and, above all, fear of looking like a racist for not explicitly mentioning one group considered “people of color.”