Today’s Jesus and Mo cartoon, called “relics”, appears both on Patreon and the J&M website.  And on Patreon is this explanation:

Today’s comic comes in the wake of British MP Naz Shah trying to piggyback a blasphemy law on to proposed legislation regarding statues.

Here’s Shah’s tweet with a four-minute excerpt of her speech in Parliament. There is no end of the Muslim drive to prevent every criticism of their religion and its founder.

Today the Government proposed a bill to protect the emotional harm connected with the damaging of statues.

And a bit of her kvetching in the House of Commons about “hurt feelings” when the Prophet (peace be upon him) is insulted. This is an excerpt from the AA (Anadolu Agency) report:

“As a Muslim, for me and millions of Muslims across this country and the quarter of the world’s population that is Muslim too, with each day and each breath, there is not a single thing in the world that we commemorate and honor more than our beloved Prophet Muhammad (peace be upon him),” she said.

Shah drew comparisons between the British people’s attachment to figures such as Winston Churchill and Oliver Cromwell and Muslims’ love and endearment for their prophet.

Just as this new law aims to protect historical figures of the UK, the same protection should be extended to figures and individuals that hold importance for other communities, the lawmaker stressed.

“When bigots and racist defame, slander or abuse our Prophet (peace be upon him), just like some people do to the likes of Churchill, the emotional harm caused upon our hearts is unbearable. Because for 2 billion Muslims, he is the leader we commemorate in our hearts, honor in our lives and forms the basis of our identity and our very existence,” Shah asserted.

The thing is, it’s not illegal to mock or make fun of Winston Churchill or Oliver Cromwell.

But I digress; here’s the Divine Duo: 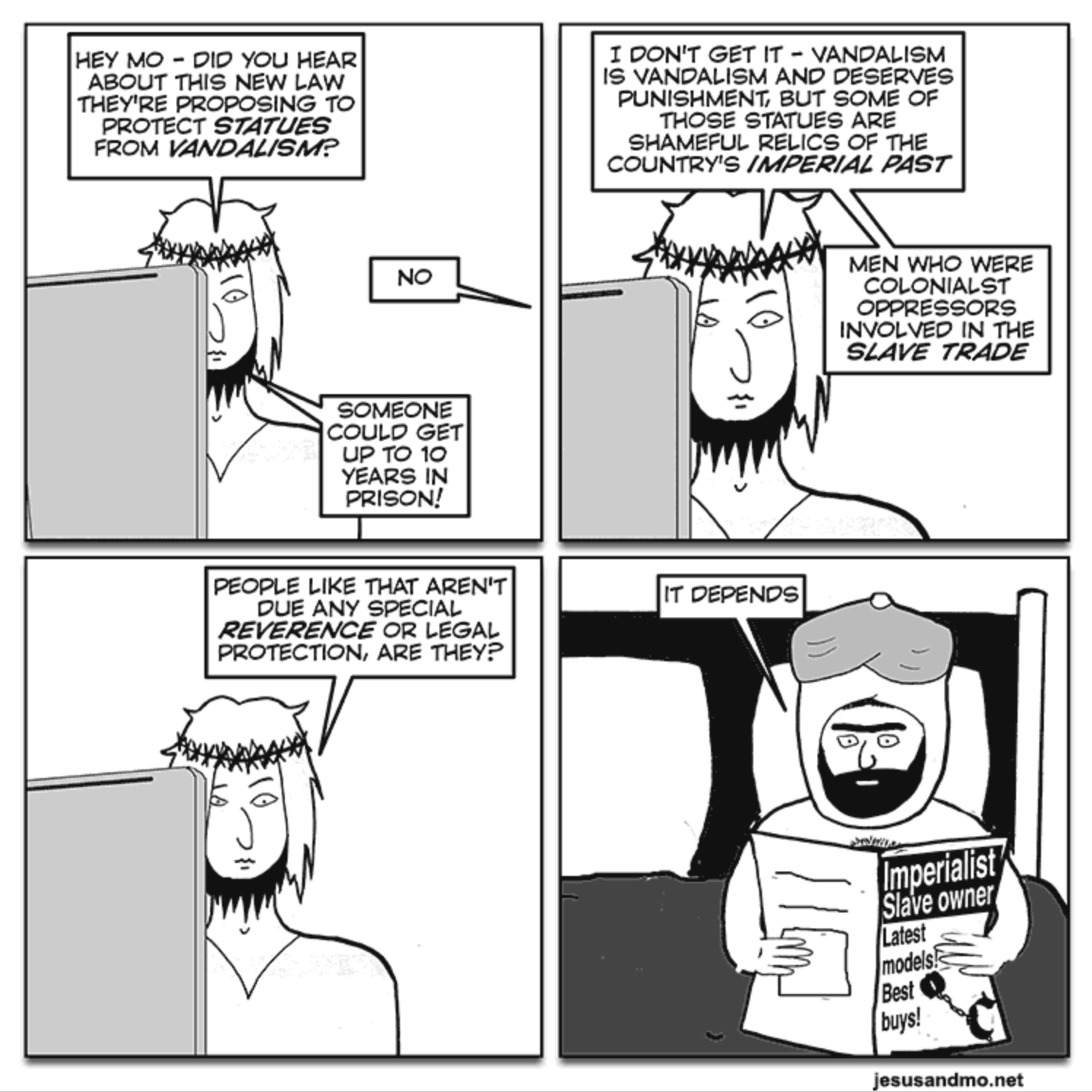