Today we have one animal photo and some “adventure” pictures. The animal photo comes from Diana MacPherson, whom we haven’t seen here in a while. It’s a picture of one of her beloved resident Eastern Chipmunks (Tamias striatus).  The contributors’ words are indented, and you can enlarge the photos by clicking on them.

This cute chipmunk was relaxing on the barbecue cover in the sun today. 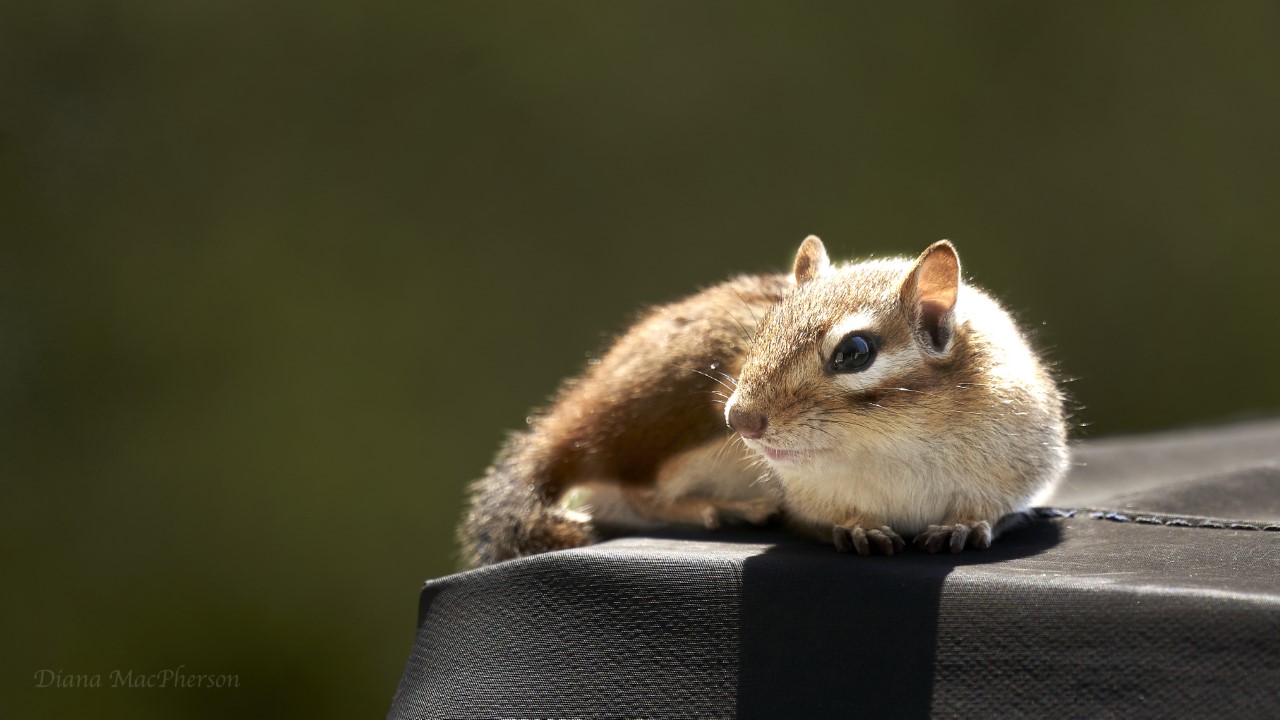 And Doug Hayes, famed for his “Breakfast Crew” photos of birds, sends us action shots of kayaking from near his home in Richmond, Virginia. These may be the first sports shots I’ve posted under this feature.

Just a few shots of whitewater kayakers taken in Richmond, Virginia from the T. Tyler Potterfield Memorial Bridge (T. Pott.), a pedestrian and cycling pathway which connects Richmond’s Southside and Downtown. Richmond is heaven for whitewater kayakers and canoe enthusiasts as the James River runs right through the heart of the city and features class II – IV rapids.  The river drops 105 feet over a 7-mile stretch through the city with the most exciting rapids located in the 2.5 mile portion between Reedy Creek and 14th Street.  There are many put-in/takeout areas along the river, maintained by the James River park system.

The paddlers in the photos have just left the relatively calm water on the west side of  T. Pott (having gone through the very intense Hollywood rapids about a mile further up river), passed under the bridge and into the rapids on the other side. 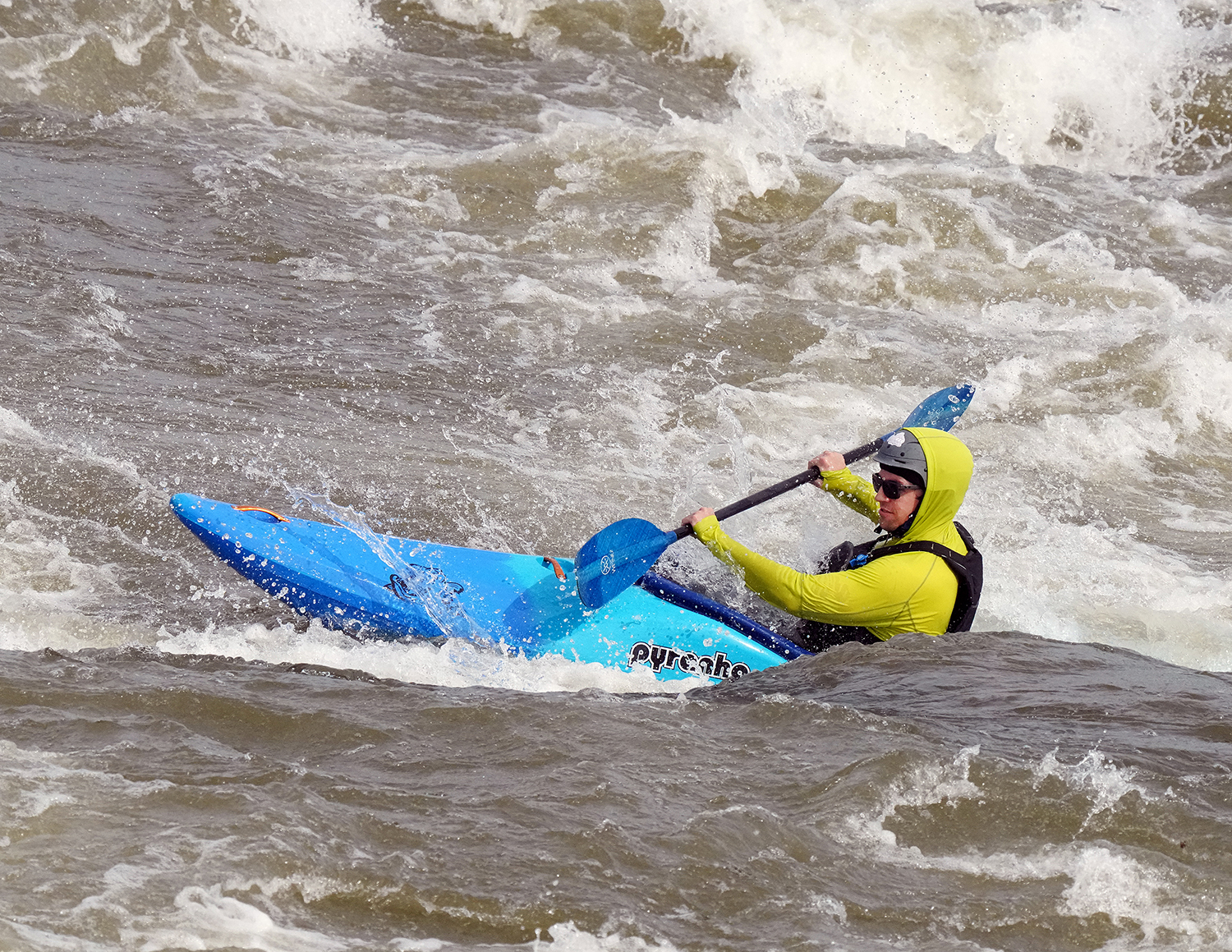 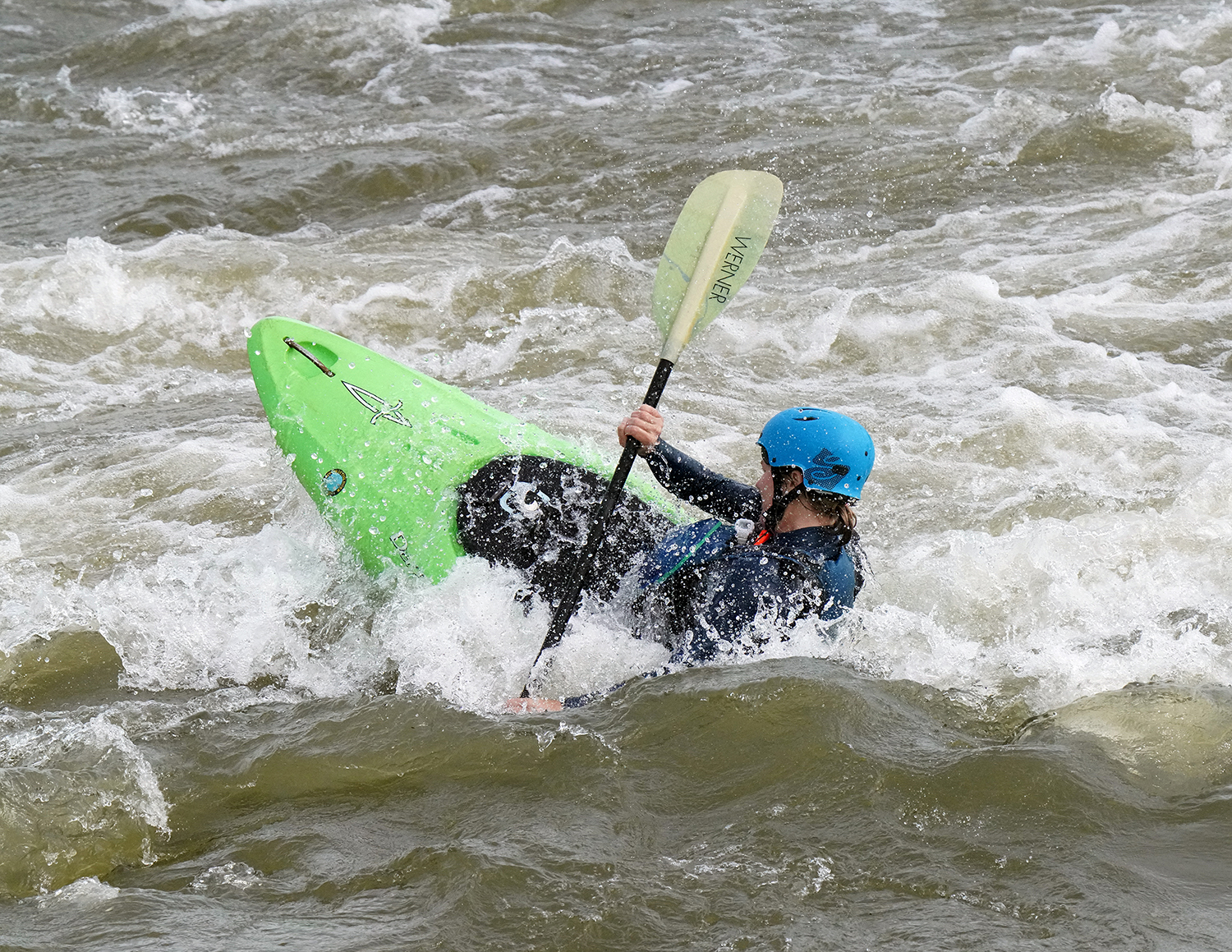 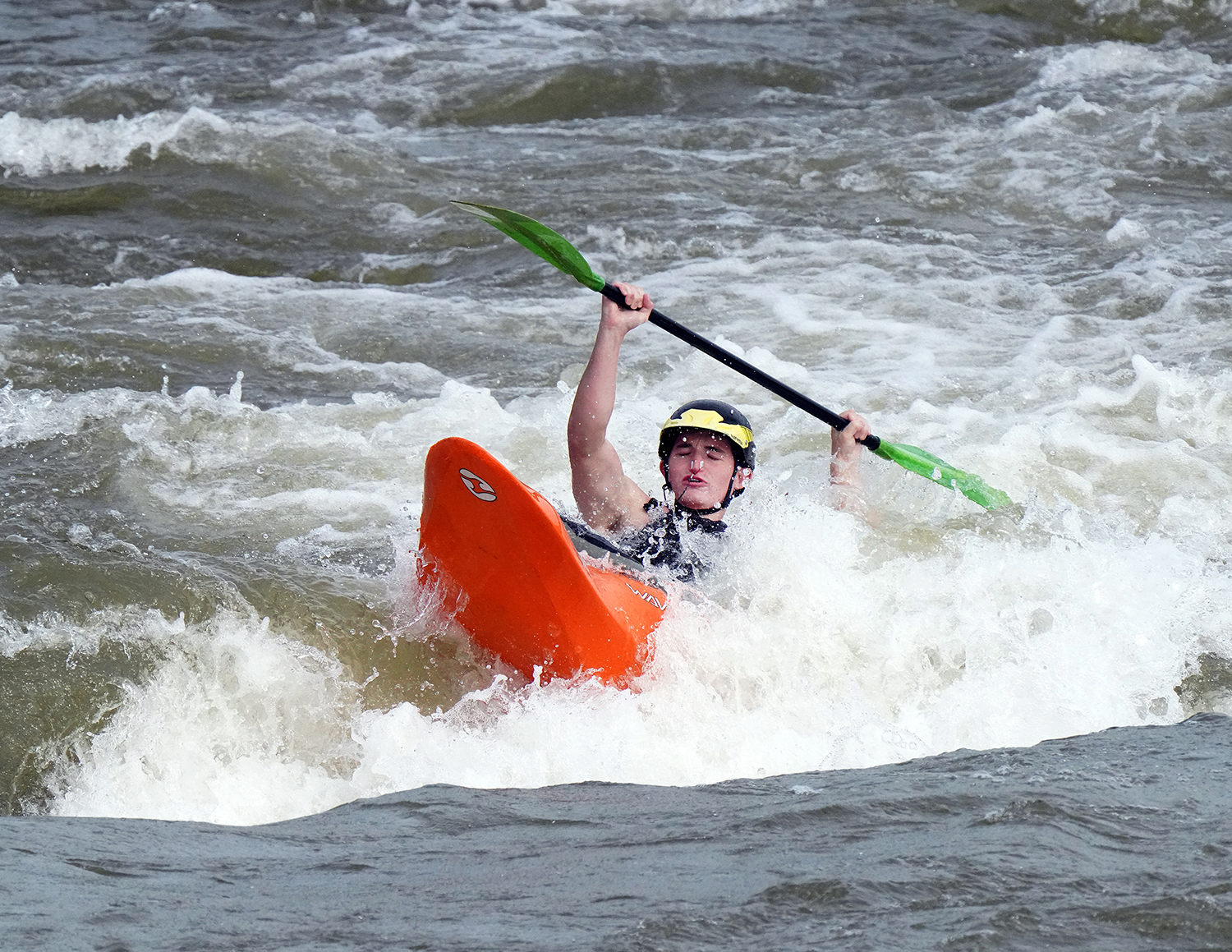 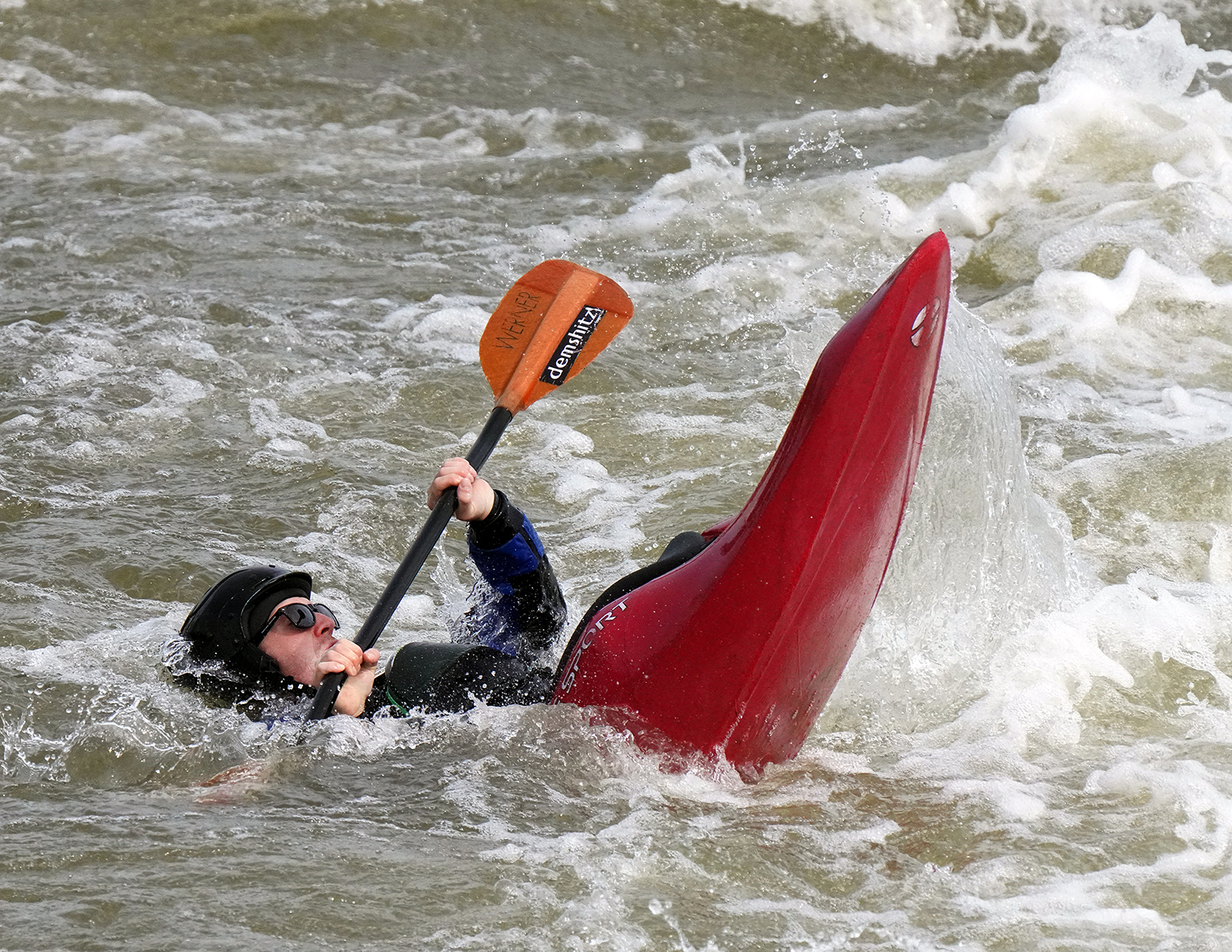 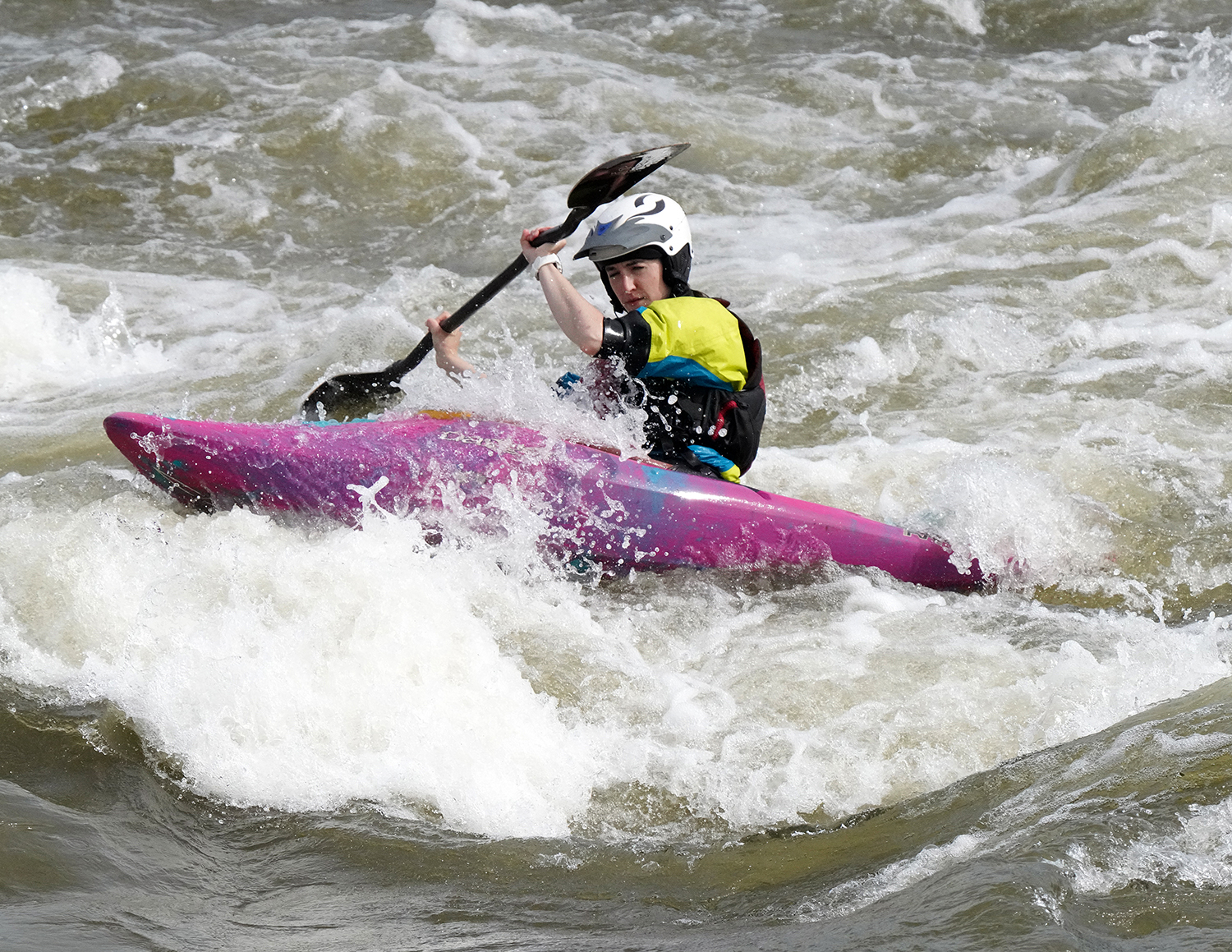 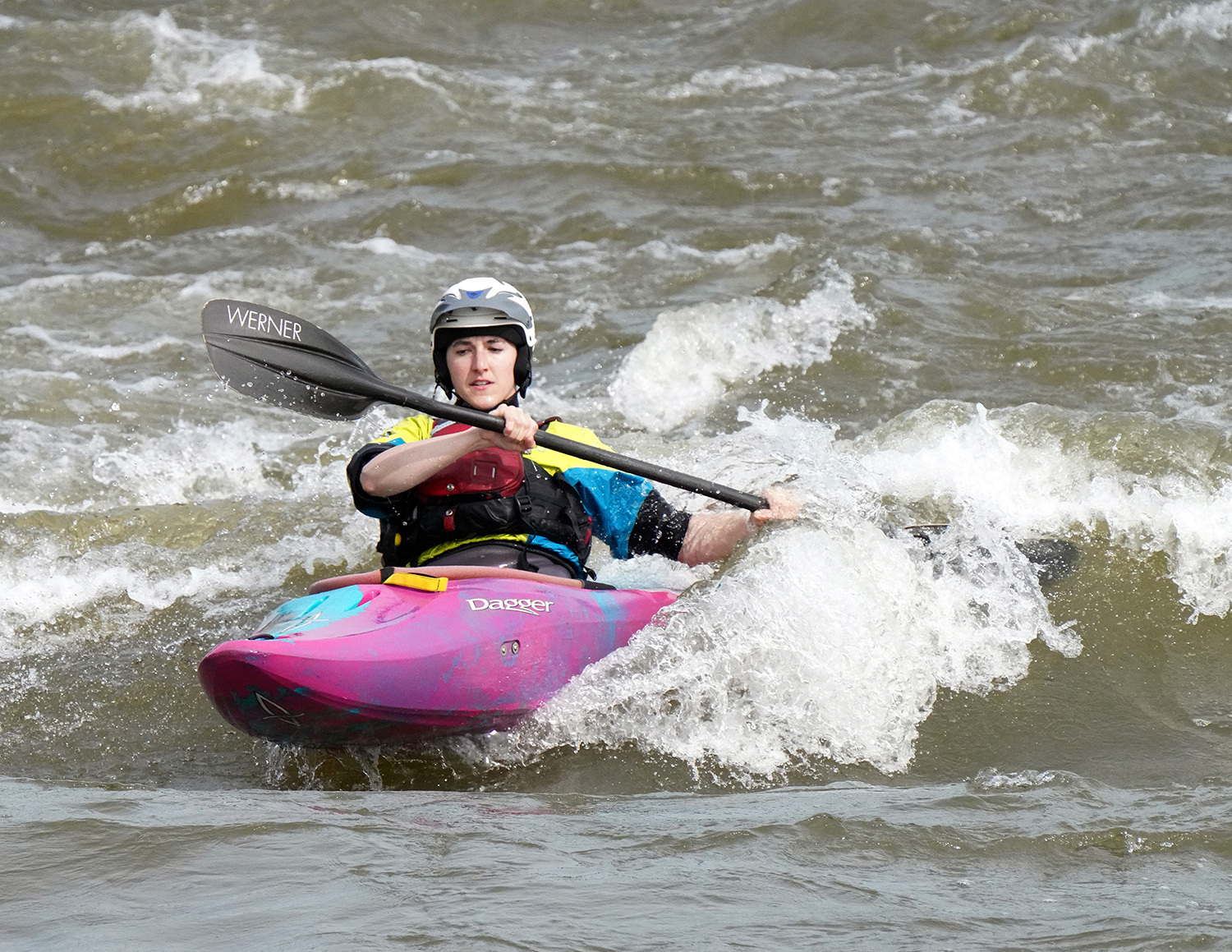