I importune readers once again to send in their photos, as the tank inexorably drops.

Today we have some diverse landscape photos by reader James Blilie, including some great mountain-climbing shot. His notes are indented, and you can enlarge the photos by clicking on them.

These ones are landscape photos, sometimes including human figures. 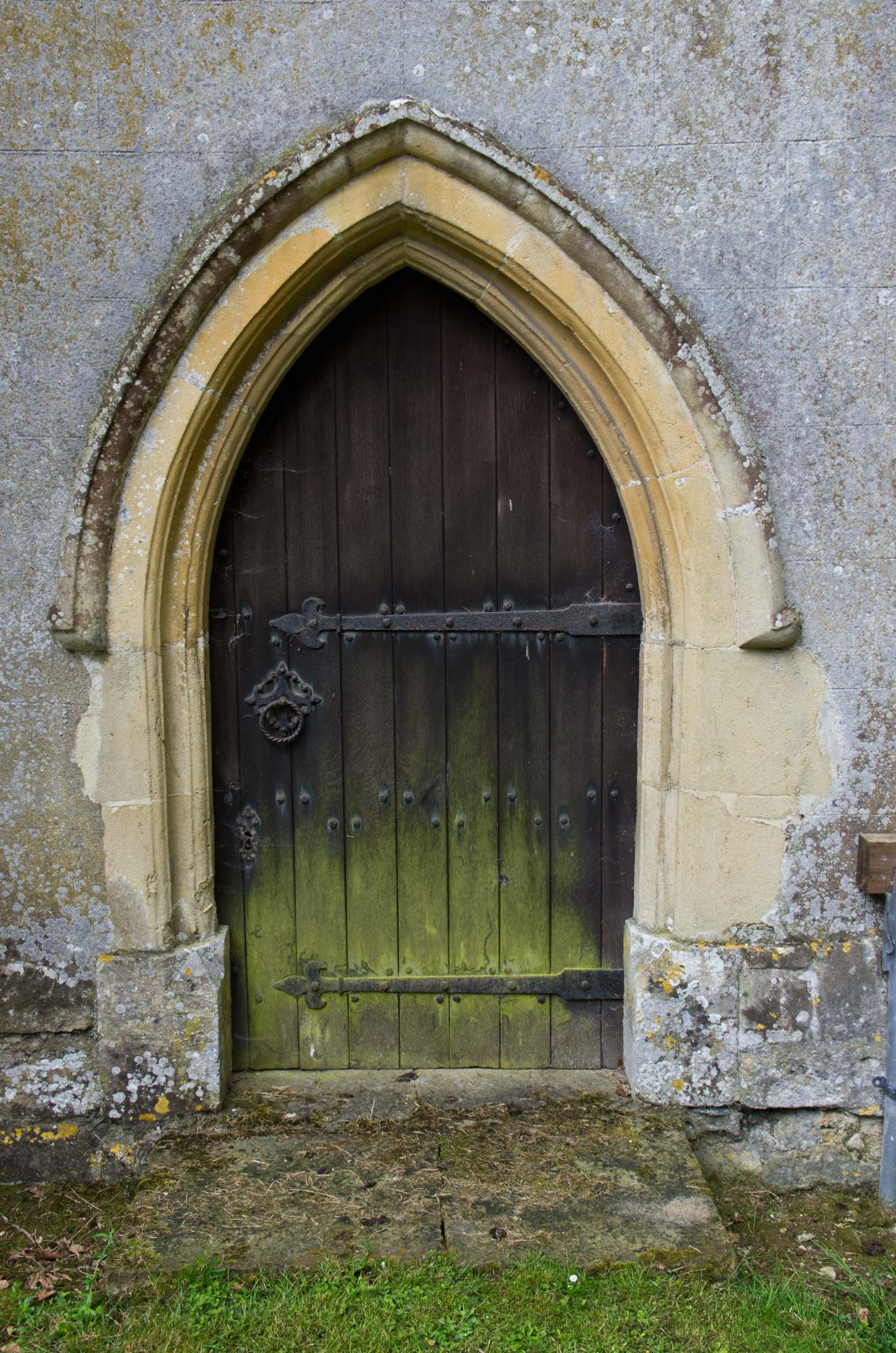 The next one is a climber resting on the easiest route up Mount Stuart in the Washington Cascade Range, 9,415 ft (2,870 m), a huge exposed block of granite.  I climbed this peak when I’d been living in Seattle only a few weeks (1984): 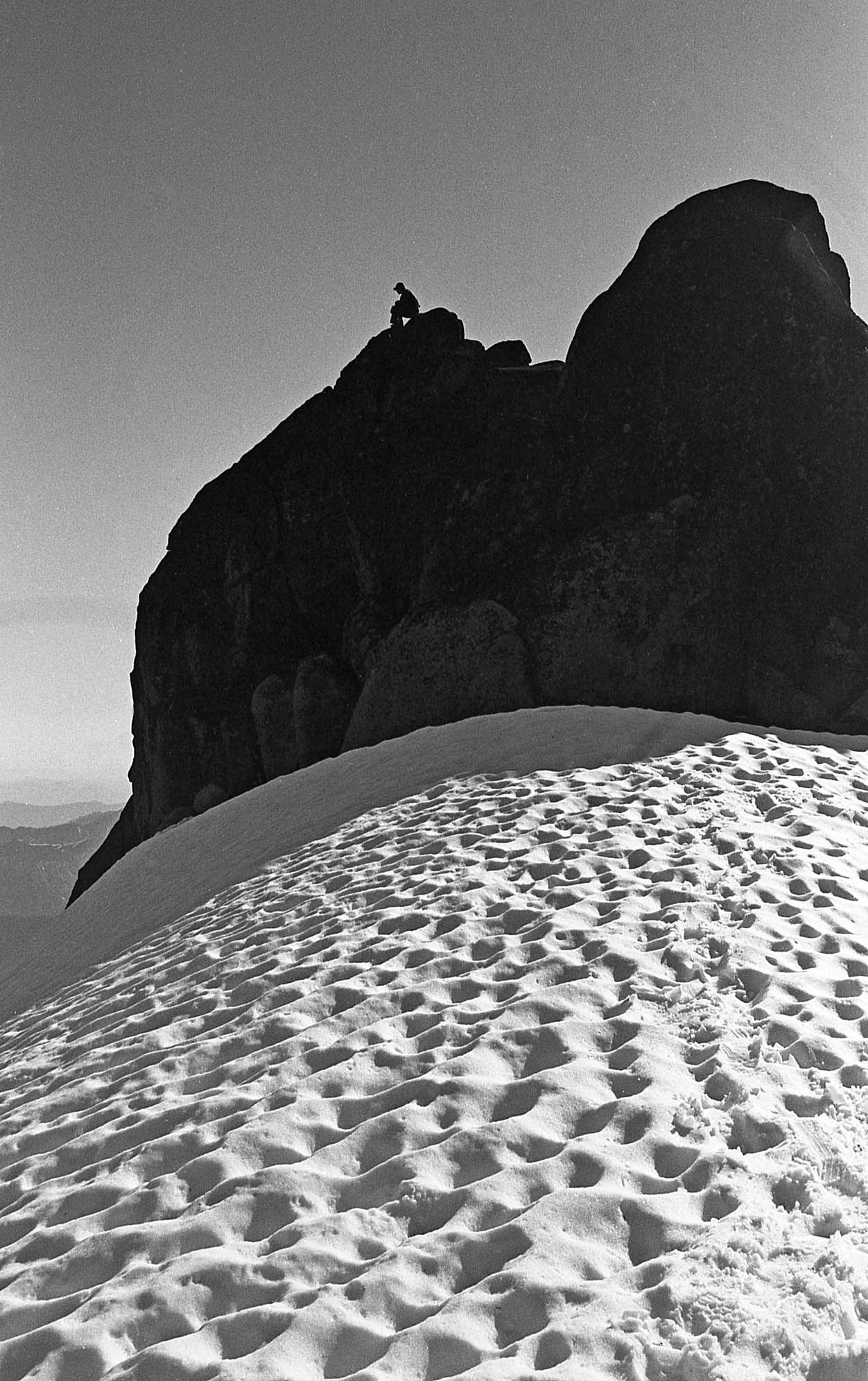 Then a view of Hell’s Canyon on the border of Idaho and Oregon.  1.5 times as deep as the Grand Canyon, though without the spectacular geology of the Grand Canyon (1987): 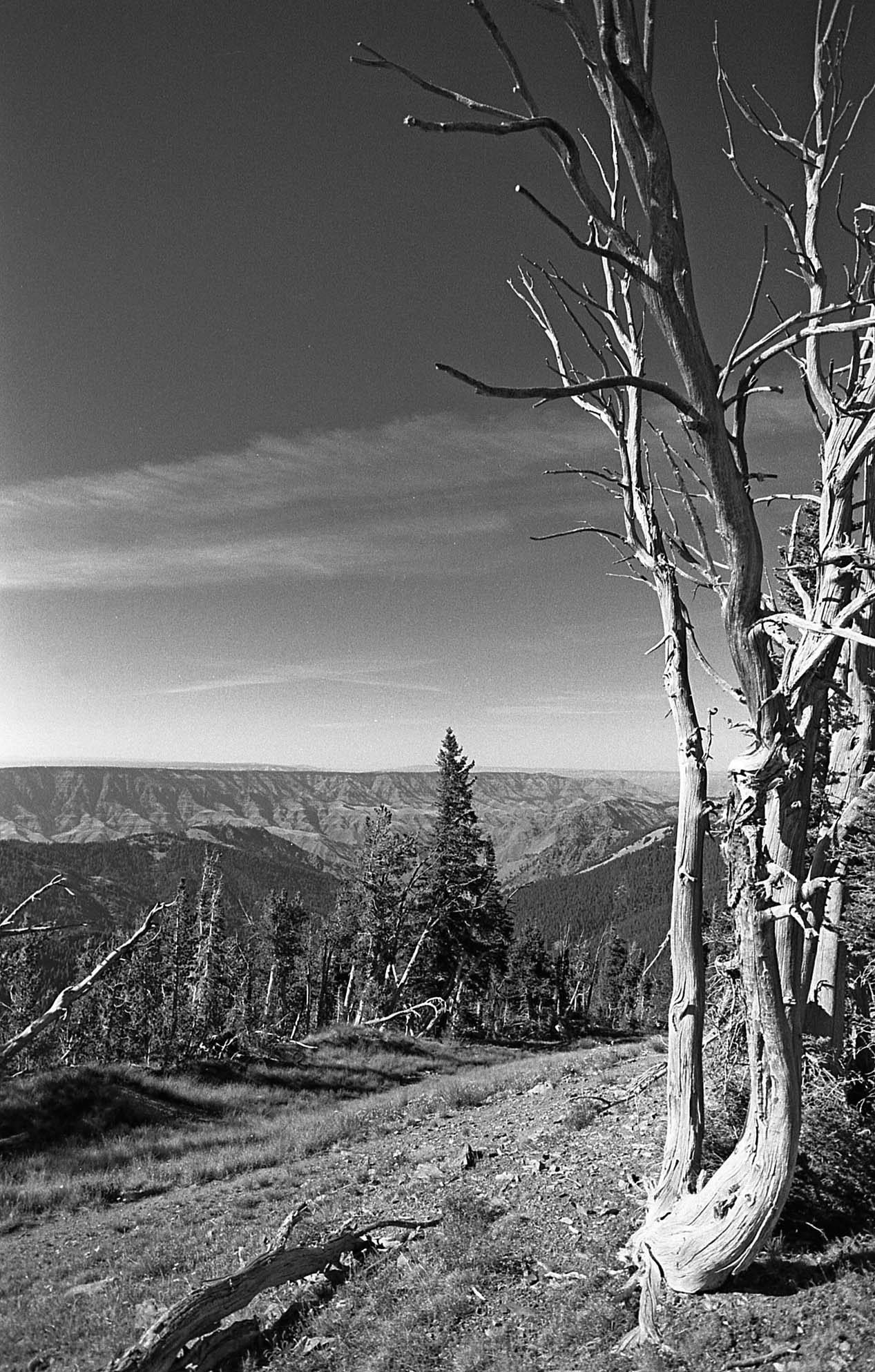 Next a view of the Isle of Hoy from Stromness, Orkney Islands (1992).  I was fascinated by the dry stone walls around around the UK. 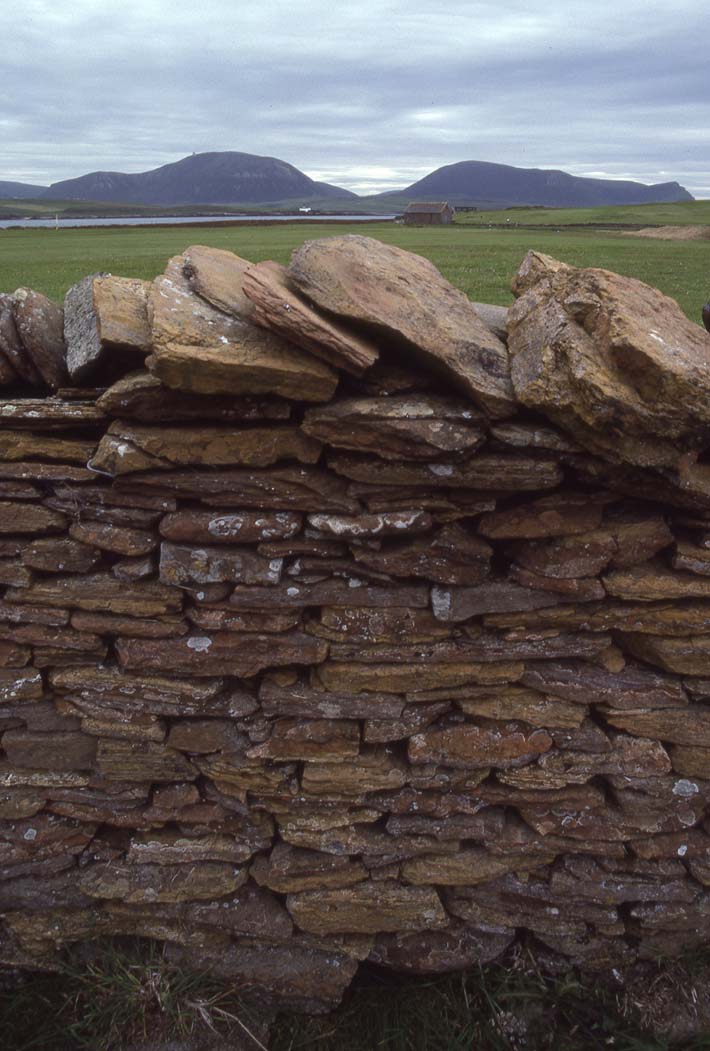 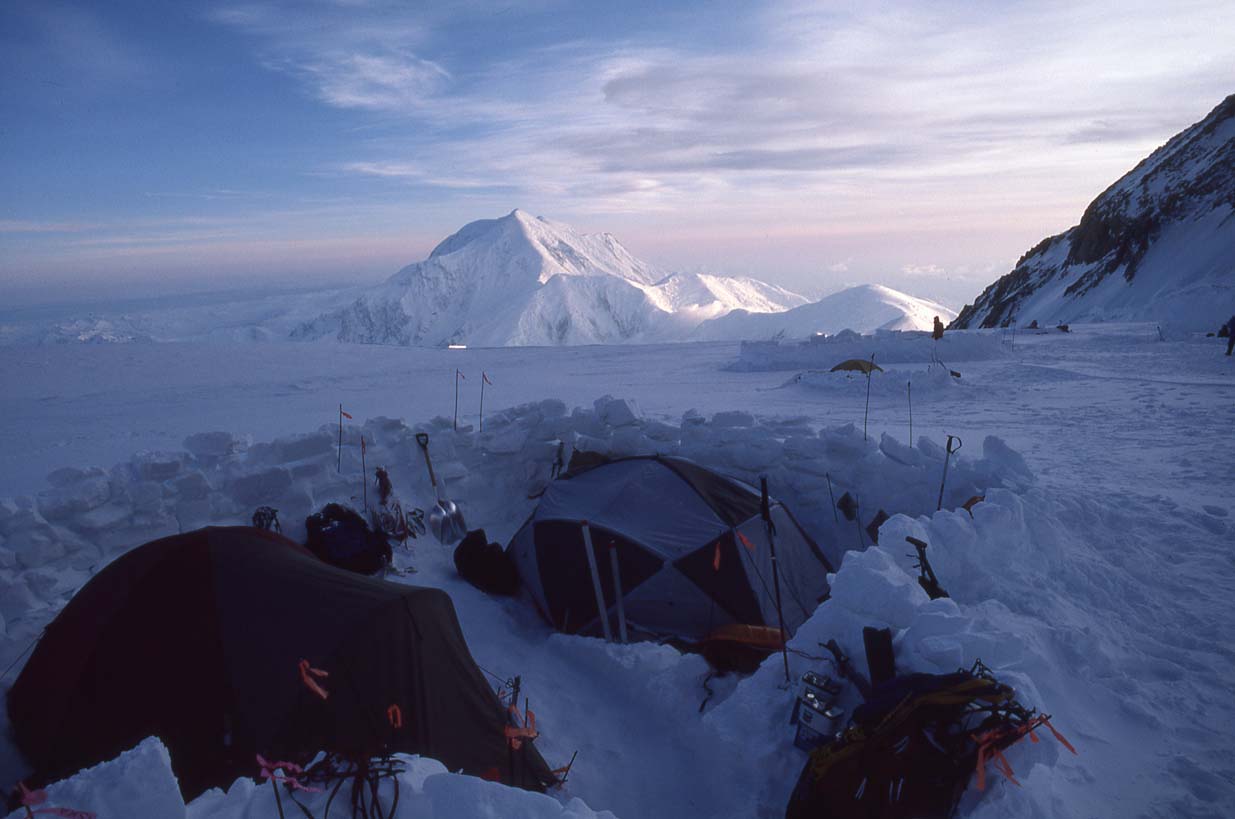 Next is a view of the Emperor Face of Mount Robson in the Canadian Rockies (1981).  We hiked in to Berg Lake to camp.  Spectacular hike and location; but a long day of hiking uphill (and then down). 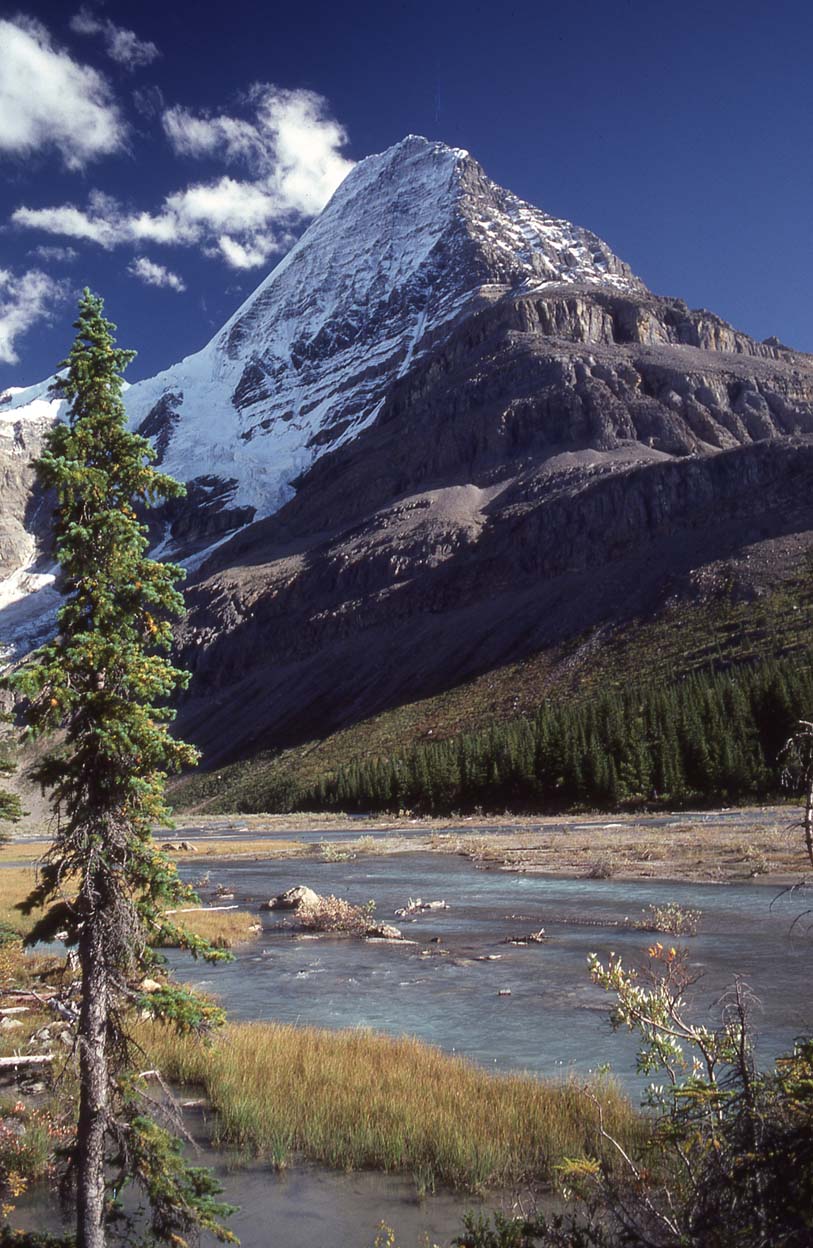 Then a view of climbers moving onto the edge of the Sulphide Glacier on Mt. Shuksan in the North Cascades of Washington, 1985. 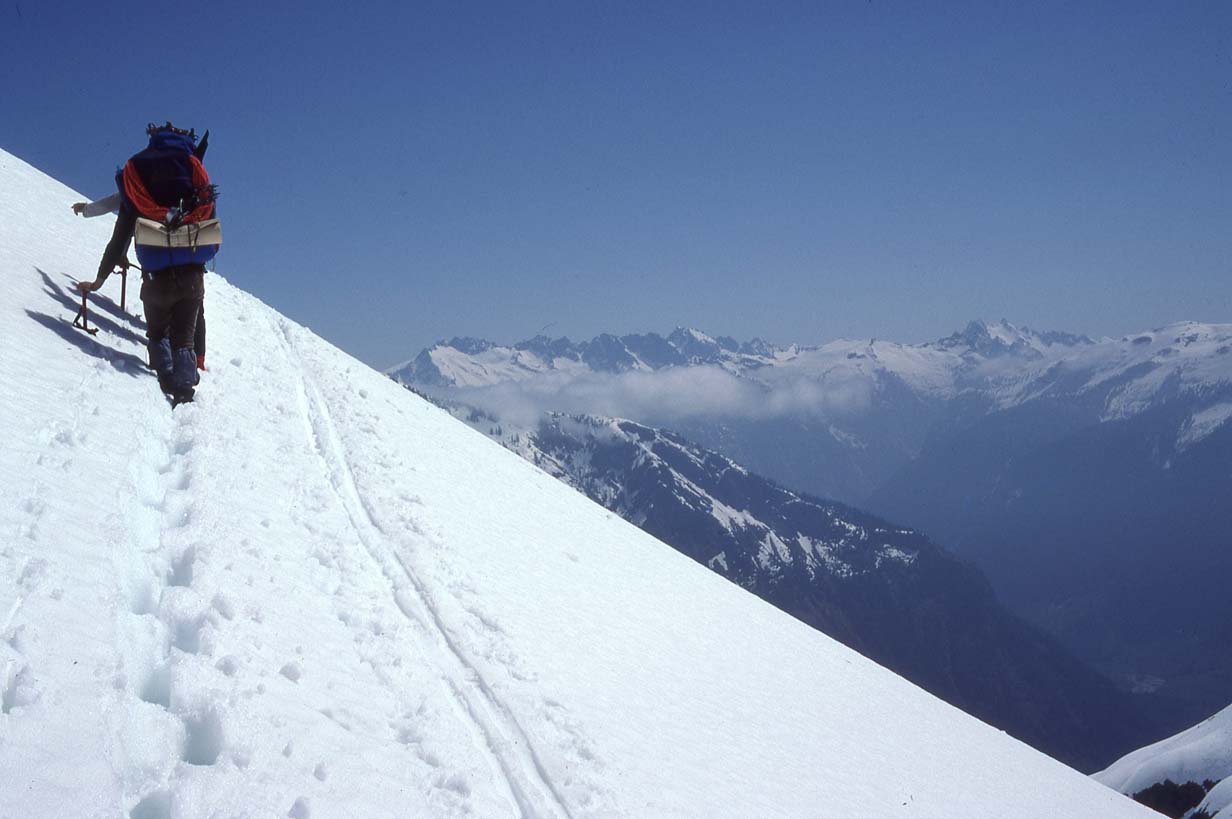 Next, a view of one of the large Fjords in western Norway (2012).  I’ve traveled pretty widely and I think the Norwegian Fjordlands are one of the most scenic places on Earth. 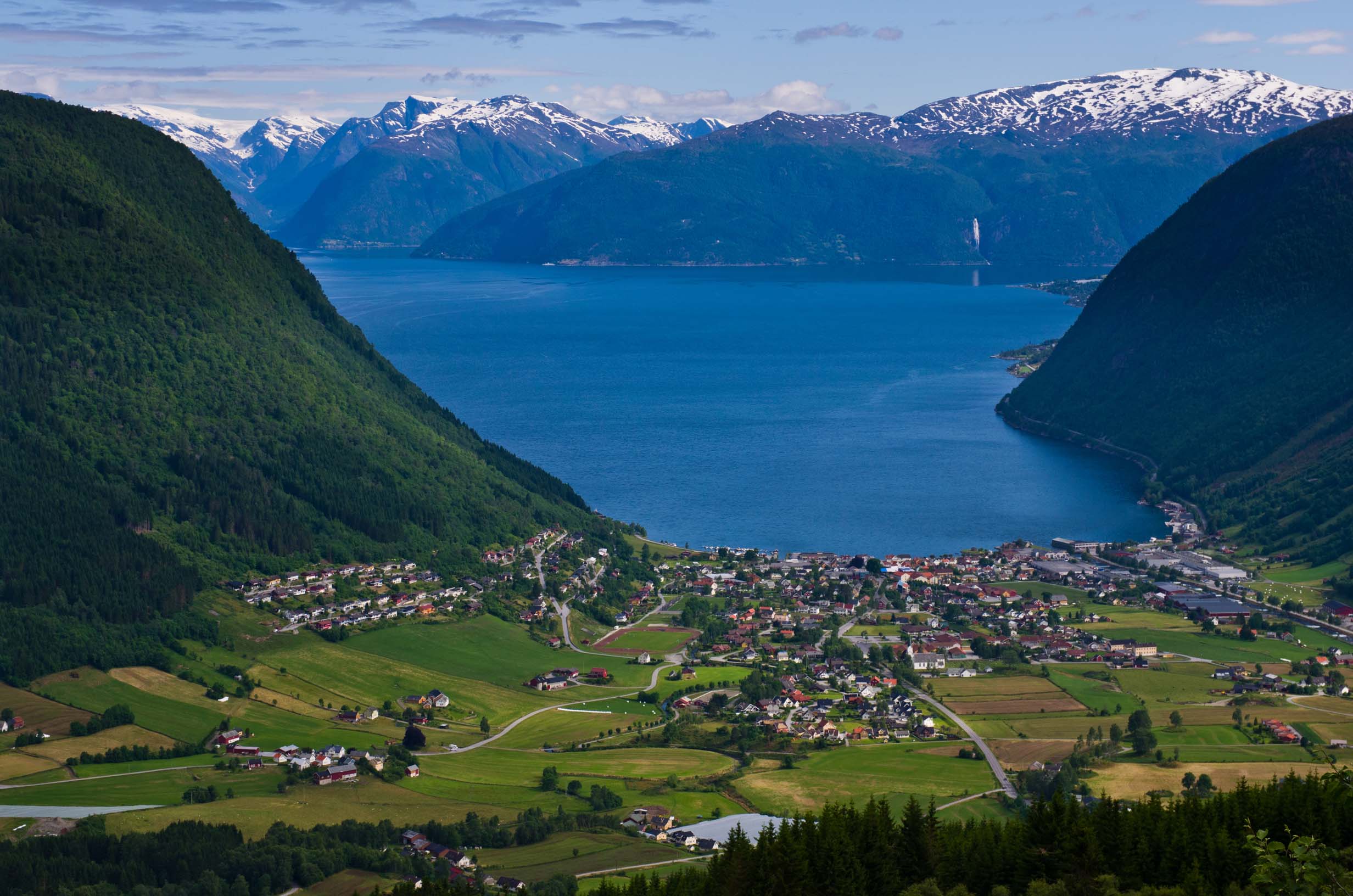 The next one shows my son Jamie on the “hiking” route up to a small chapel on a mountaintop in Seguret in the Vaucluse in France:  Notre Dame de Aubusson.  My wife said, “If you have to use your hands, it’s climbing, not hiking.” 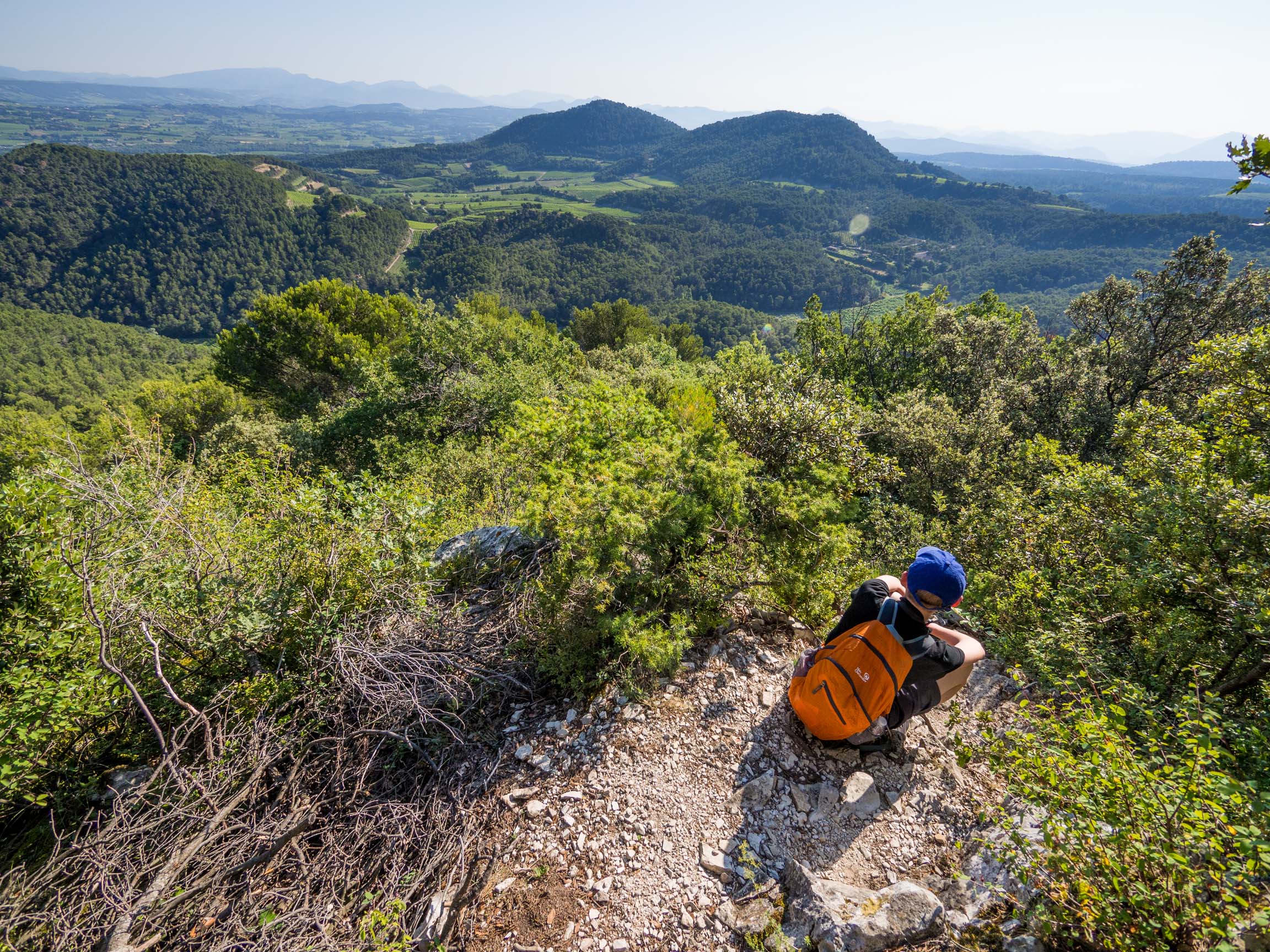 The next one is a view of Sentinel Peak on the Ptarmigan Traverse in the North Cascades, 1986.  The shot is from Yang Yang Lakes. 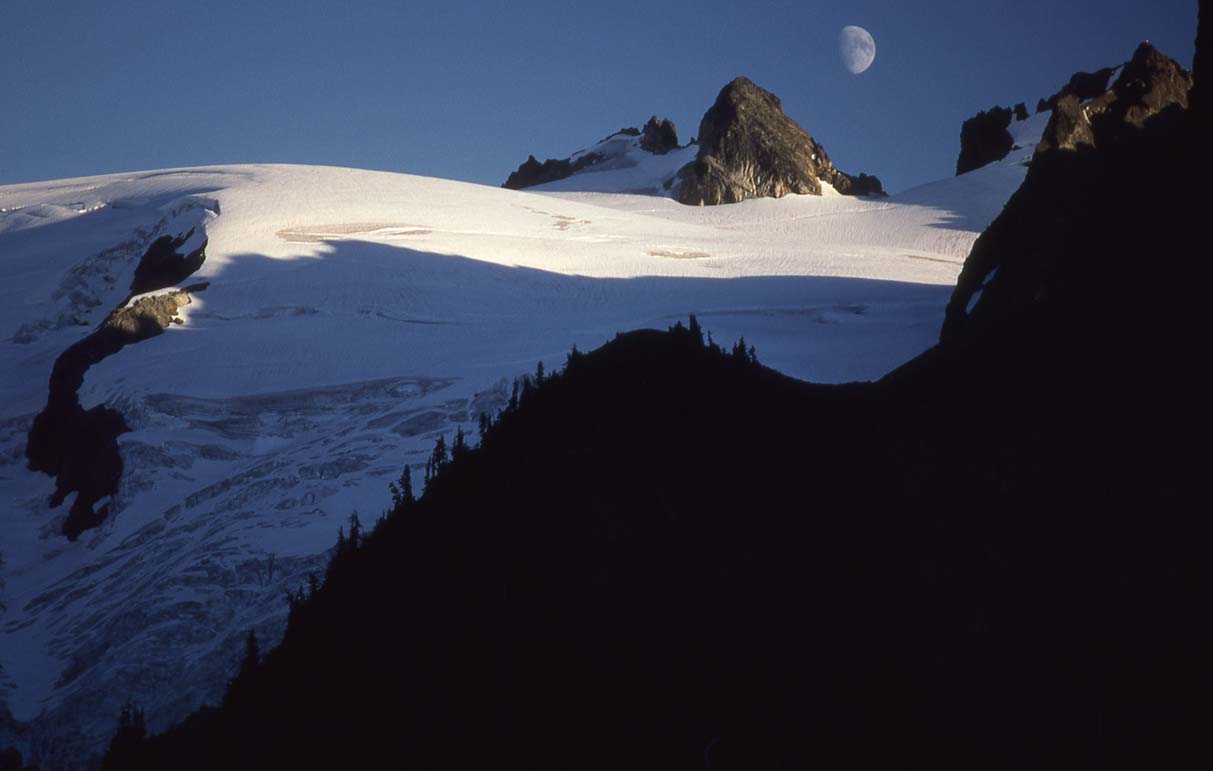 Next is a view of St. Helen’s Passage, Oxford, England.  2015.  I was standing next to an outdoor table of the Turf Tavern when I took this photo.  I was having Real Ale and fish and chips.  Yum.

JAC: The Turf is my favorite local in Oxford; they have at least 20 real ales on tap and yes, the fish and chips is (are?) great. 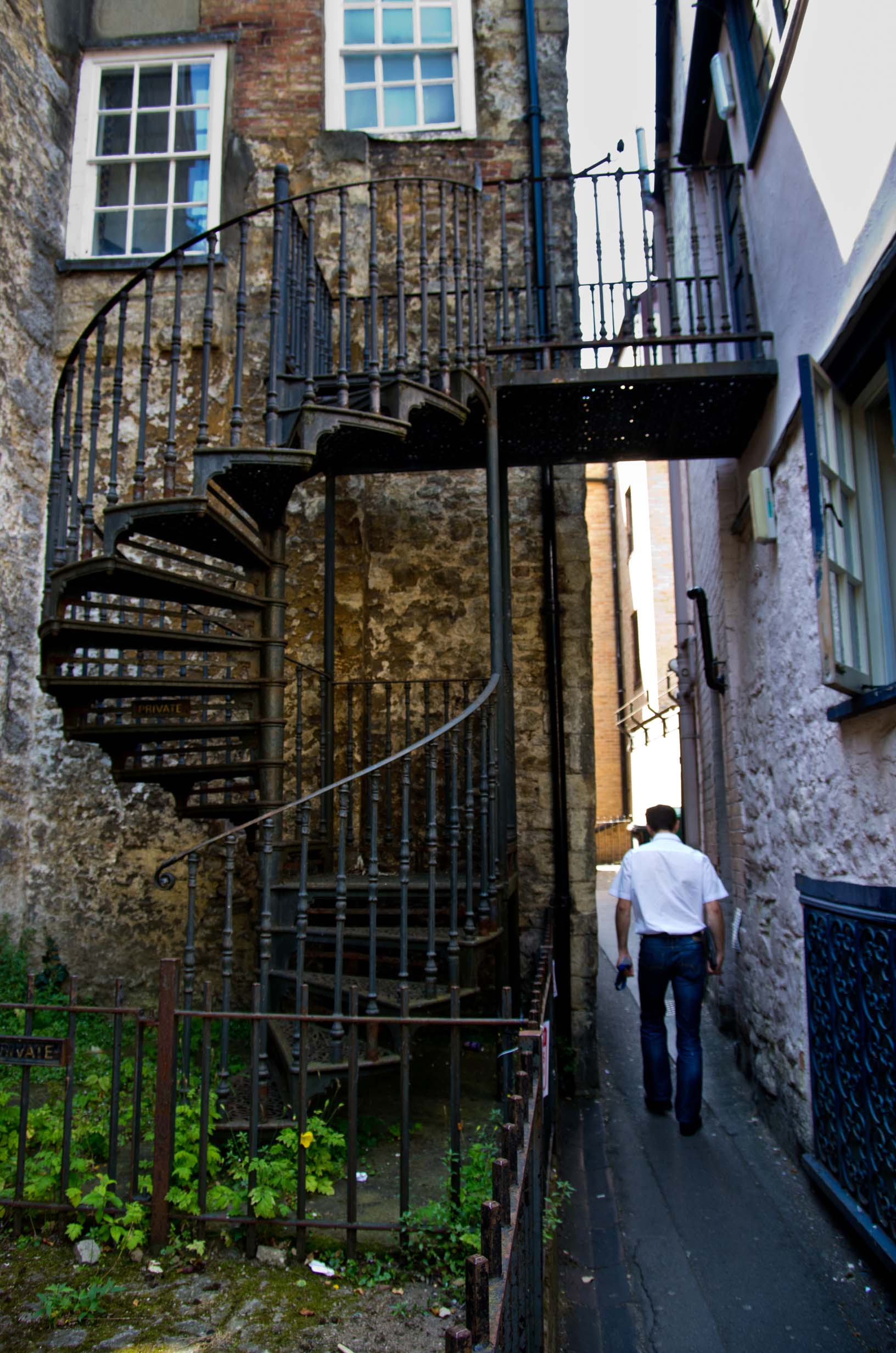 Lastly, a view of the eponymous cave at the Cave Stream Reserve between Porter’s Pass and Arthur’s Pass on the South Island of New Zealand.  I’m sure you were very near this (if you didn’t get to visit it) during your recent trip to NZ.  You can hike up through the cave and come out the other end after about a ½-mile underground.  You are wading in the stream to dress appropriately and carry multiple light sources and watch the weather! 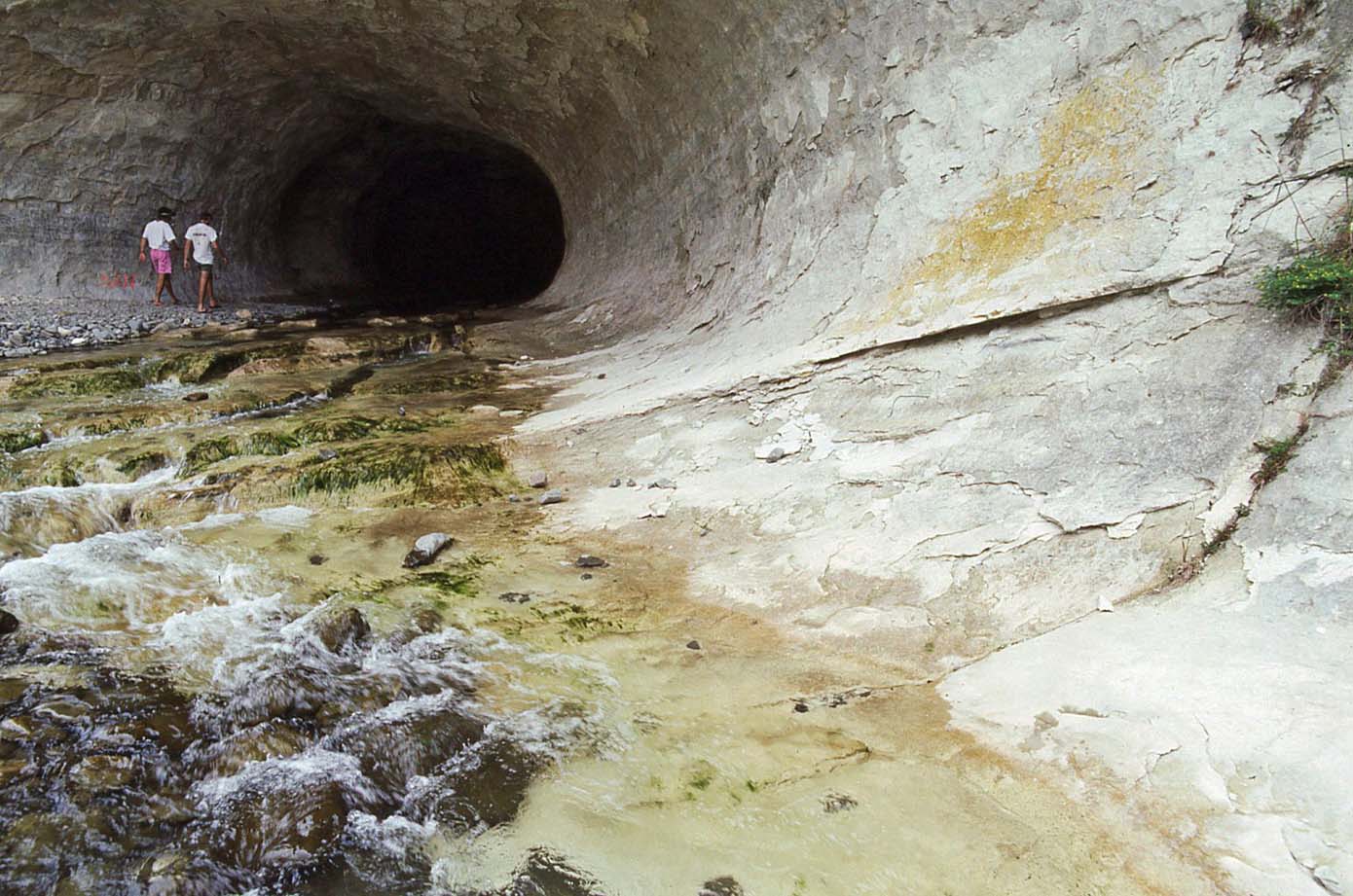