Just a a couple of hours ago, the House of Representatives introduced a motion to impeach the “President” for the second time. Click on screenshot to go to the pdf: 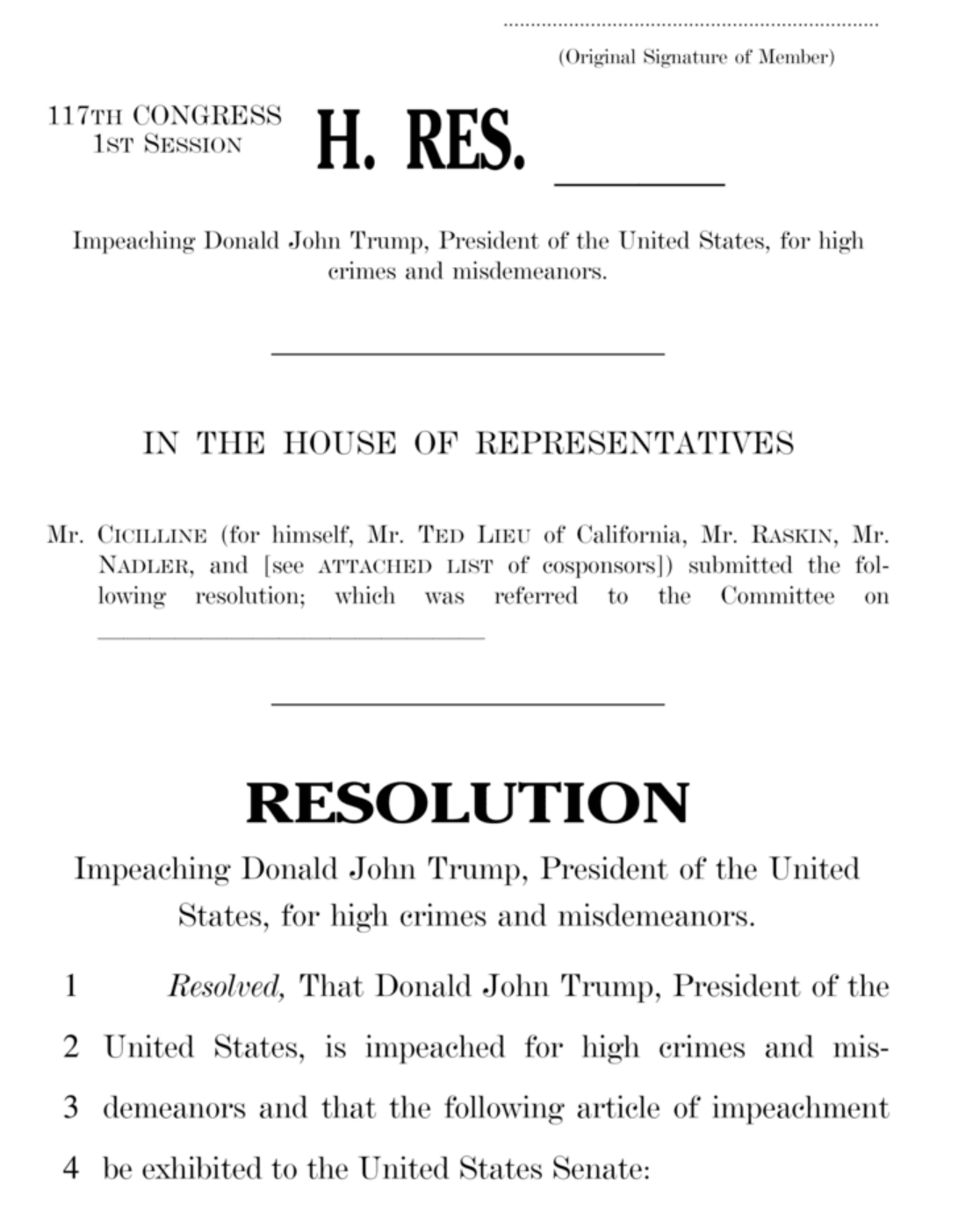 There’s one article: “Incitement of insurrection,” but that includes not only his speech to the protestors before they bum-rushed the Capitol, but also his sleazy phone call to Georgia’s Secretary of State, urging him to “find more votes” to overturn the state’s electors.

There’s also this resolution, based on the same data, calling for Pence to get the 25th Amendment rolling and call on Trump to resign, forcing him if he balks (click on screenshot): 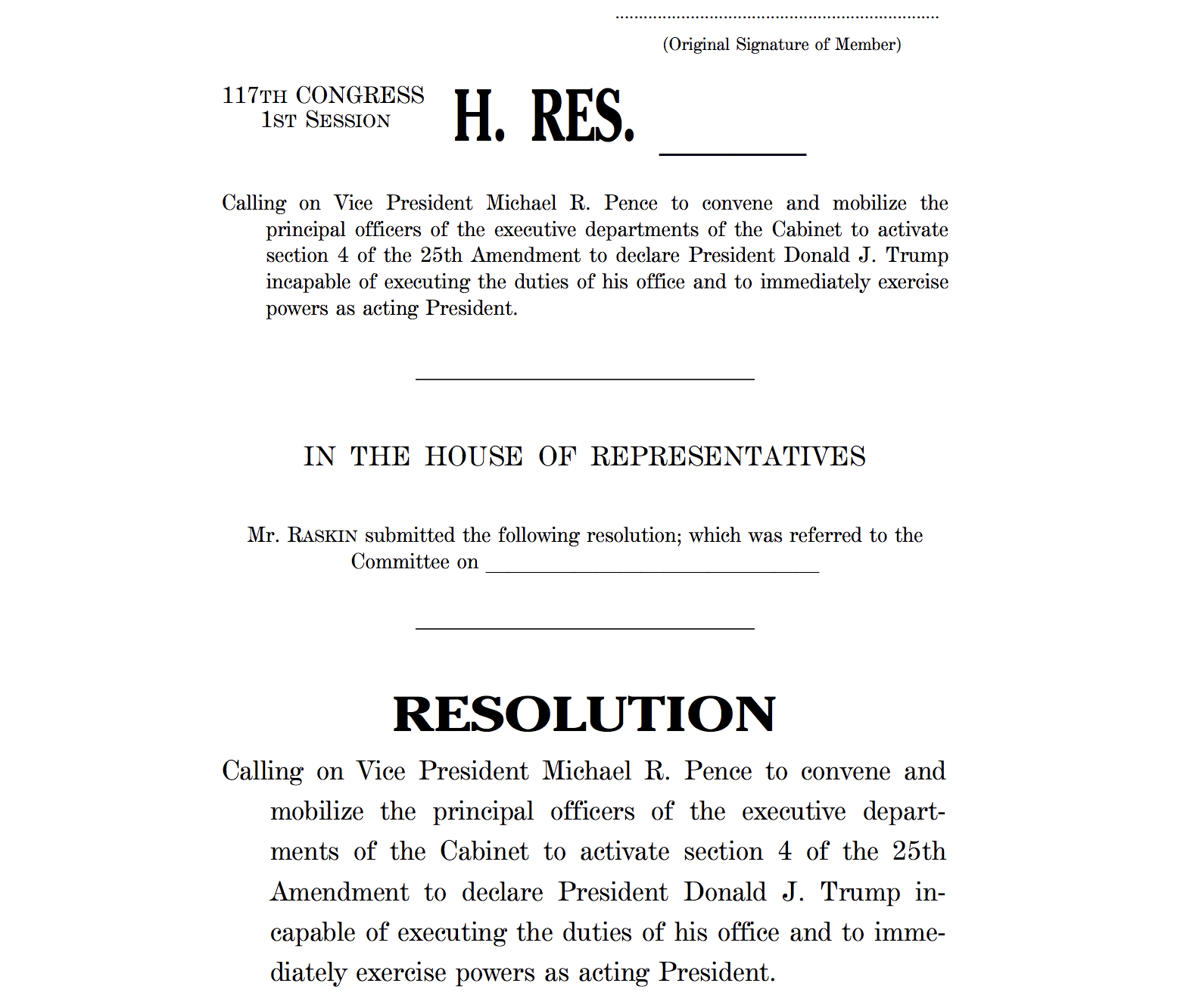 House Republicans objected to the second measure, but they’re in a minority, so if that resolution comes to the floor, it will pass. But it’s toothless, for it has no power to force Pence to do anything. The NYT gives more details:

As expected, Republicans objected to a resolution calling on Mr. Pence to invoke the 25th Amendment, meaning that the House would have to call a full vote on the measure, most likely on Tuesday. Democratic leaders were confident it would pass, and pressured Republican lawmakers to vote with them to beseech the vice president, who is said to be opposed to using the powers outlined in the Constitution, to do so.

It was a remarkable threat. If Mr. Pence does not intervene “within 24 hours” after passage and the president does not resign, House leaders said they would move as early as Wednesday to consider the impeachment resolution on the floor, just a week after the attack. Already more than 210 Democrats have signed onto the leading charge, just shy of a majority of the House. Several Republicans were said to be considering voting to impeach for the first time, though party leaders were opposed.

I think there are grounds for invoking the 25th Amendment, as Trump is clearly incapacitated by some mental affliction, but this is a futile gesture. I have more hope for (and approval of) the impeachment, but with the proviso that if the House passes it (and it will), they wait a while before sending it to the Senate before trial. That would prevent Biden’s first days in office from being tied up in a fractious impeachment trial, and allow him—as, I believe, he wishes—to get going with his legislation. And we need him to get going, for we don’t know if he has longer than two years of a Republican Senate.

As they say every decade, “We live in interesting times.” But I never imagined I could see the day when a fascist could hold the reins of power and command his minions to storm the Capitol building. This is worse than Nixon, which is the worst I’ve seen since I’ve been alive.

124 thoughts on “Impeachment articles drawn up by House, as well as request for Pence to invoke the 25th Amendment”