After an audience member demanded that the BBC’s Infinite Monkey Cage took up the subject of Drosophila, the show devoted its half-hour slot not just to Drosophila, but to flies in general (dipterans). It features not only the hosts Robin Ince and Brian Cox, but our own Mathew Cobb, Erica McAlister (a curator at London’s Natural History Museum), and “fly sceptic” David Baddiel, a British comedian.

As Matthew said, “It was a lot of fun. Erica is a hoot.”  It is a good show, and you’ll learn a lot about flies, and there’s a lot of laughing. Don’t miss the part about a botfly in the head (sadly, not the one I head). 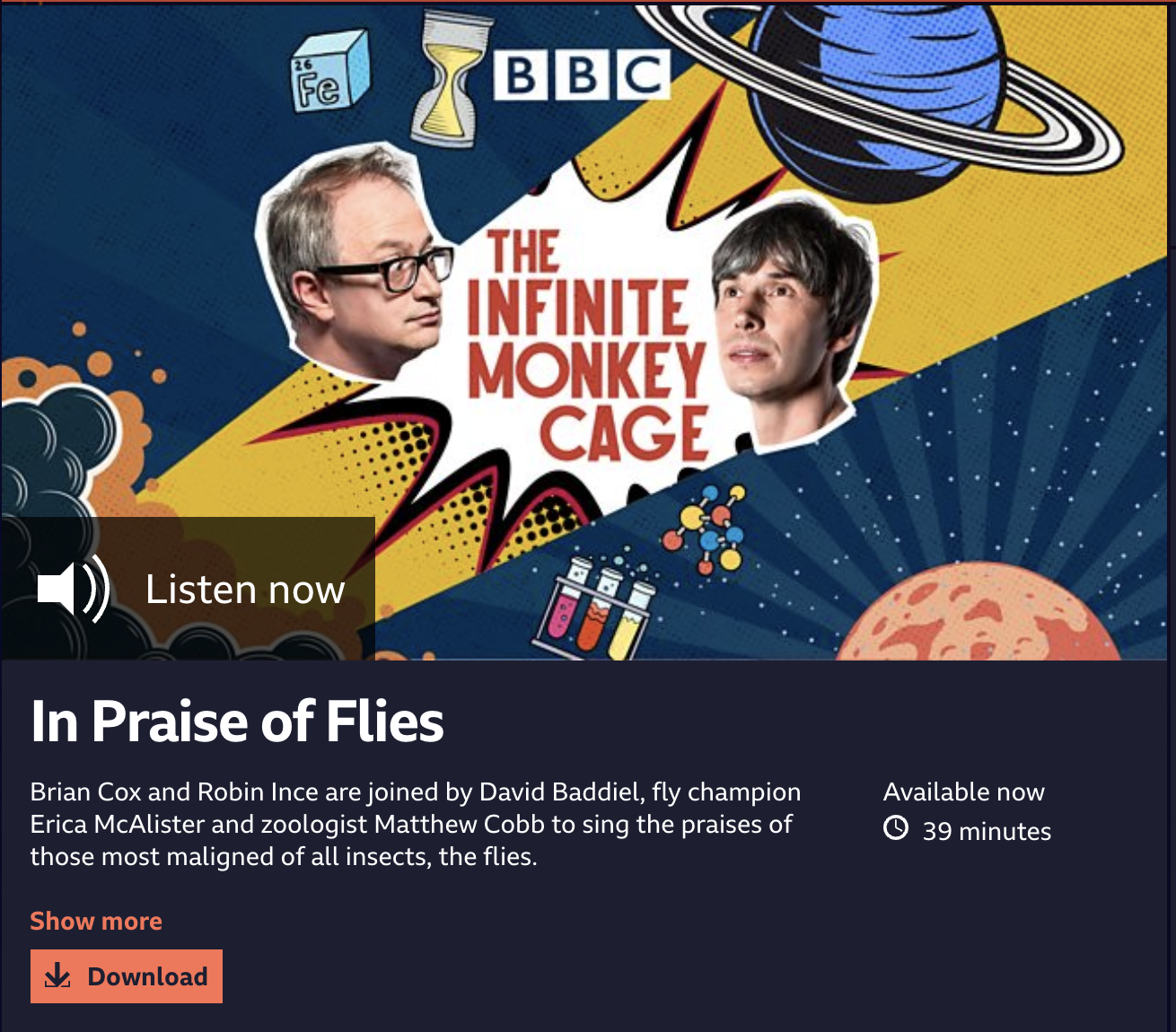 5 thoughts on “The Infinite Monkey Cage takes on flies”