Although John Avise contributes the Sunday Duck o’ the Week, he’s sent me a lot of other photos as well, and they’ve been on the back burner. Today I’ll move some to the front, as we’ll see some of the felids John’s photographs, namely bobcats. His words are indented:

You don’t necessarily have to visit zoos or travel to remote locations to encounter free-living felid species.  I took these photos of wild Bobcats (Lynx rufus) in the quintessentially suburban environment of Irvine in Southern California, where these secretive animals are not exceedingly rare (though infrequently seen).  Wildlife biologists have outfitted some of our local Bobcats with transmitting collars (see the third photo) so their movements can be tracked.  A few years ago, one Bobcat “nested” (raised her kittens) in our neighborhood near a busy street.  So, remarkably, some of these beautiful felids manage to eke out a living even in densely human-populated settings.

In one of my photos, another Bobcat is carrying an American Coot (Fulica americana) that she just captured from a nearby marsh.  Bobcats are native to North America and occur as the most common wild felid throughout most of the continent. 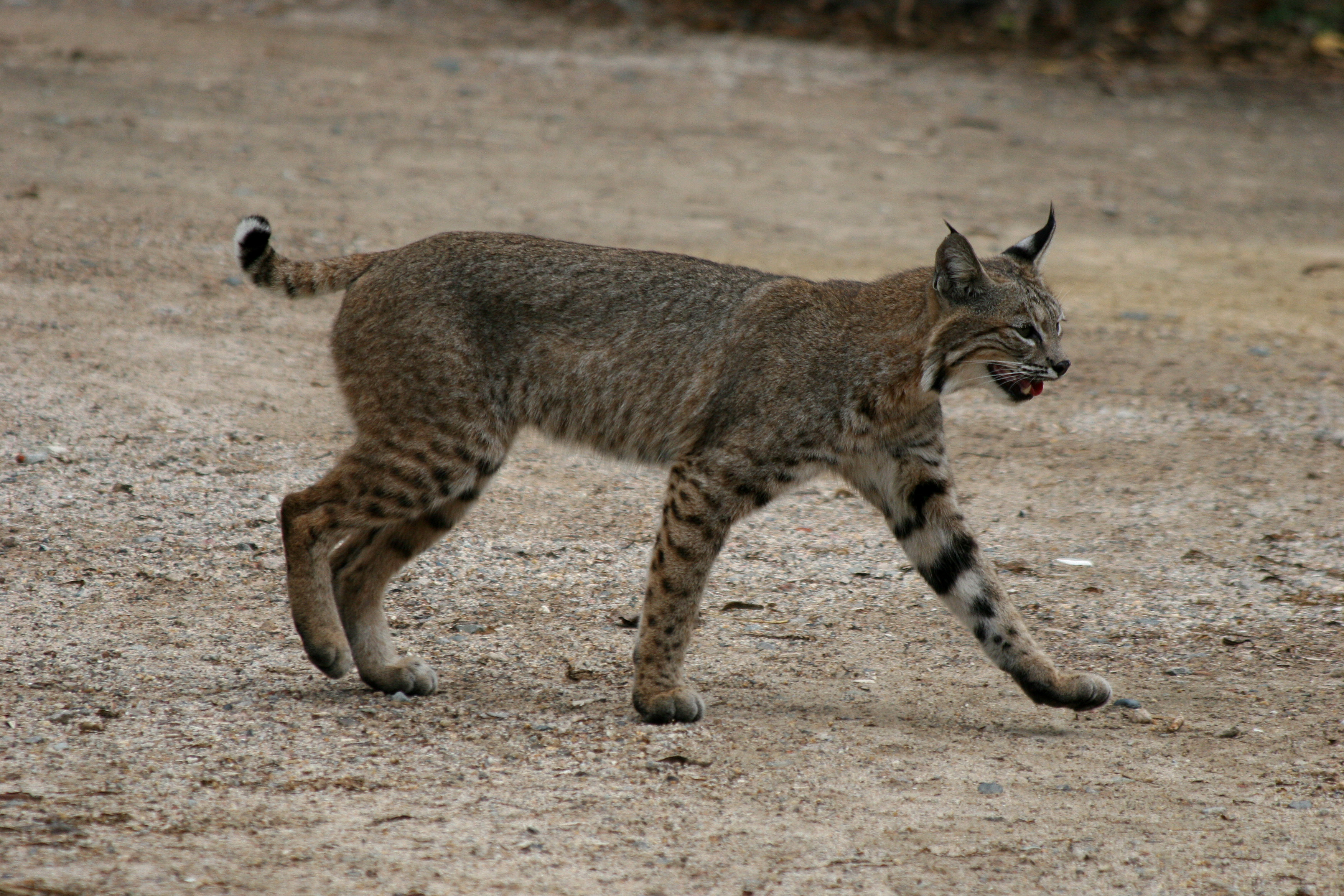 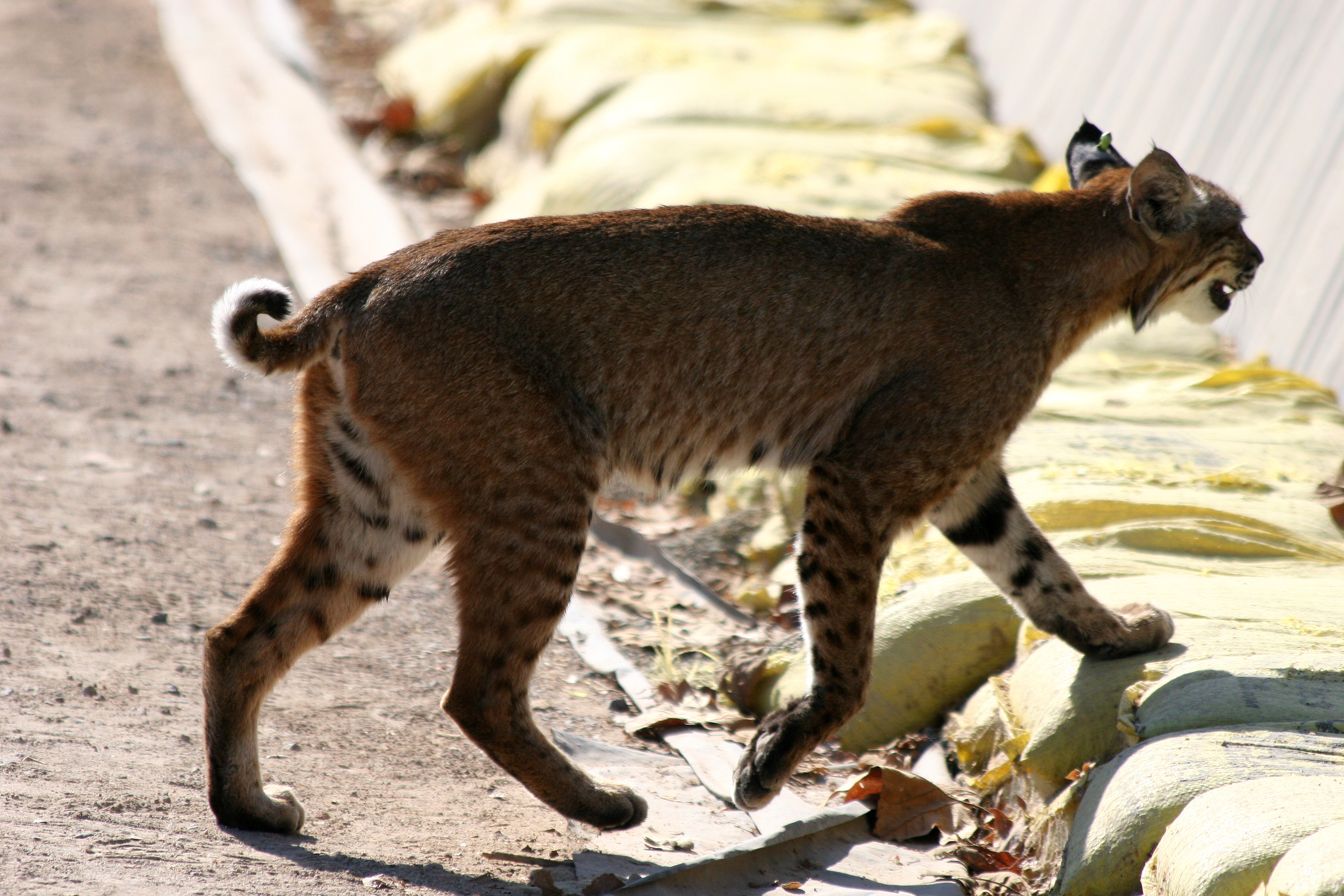 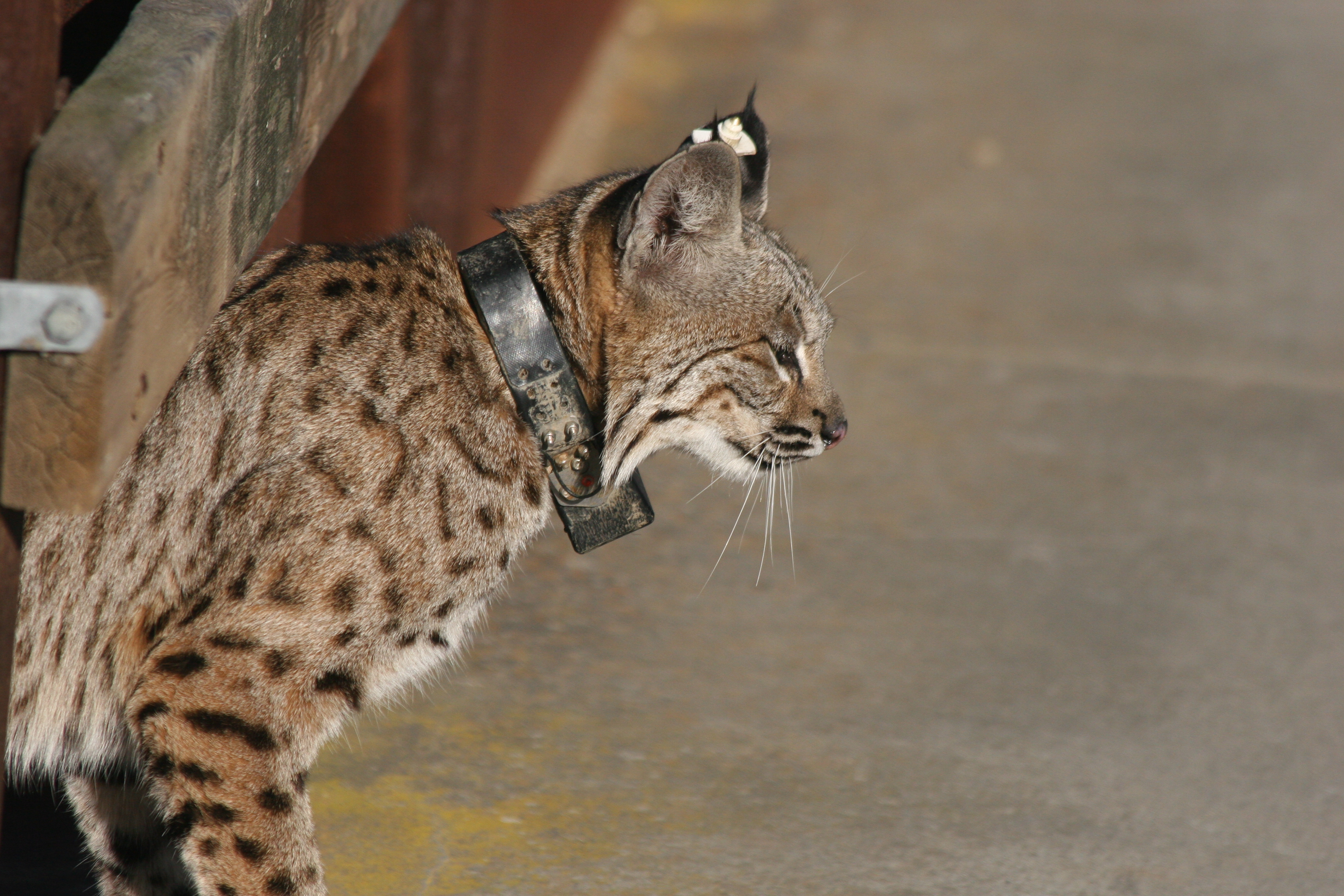 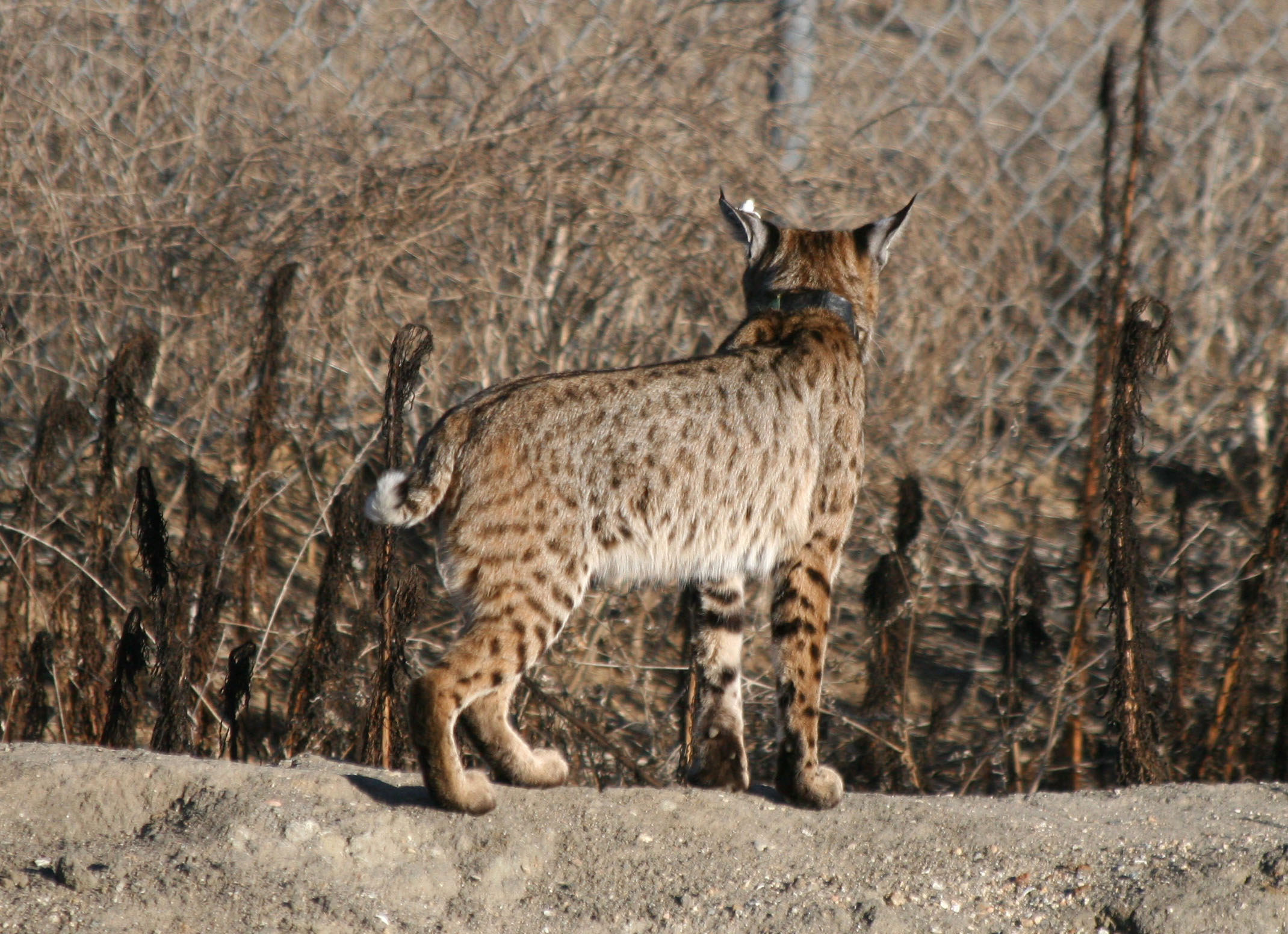 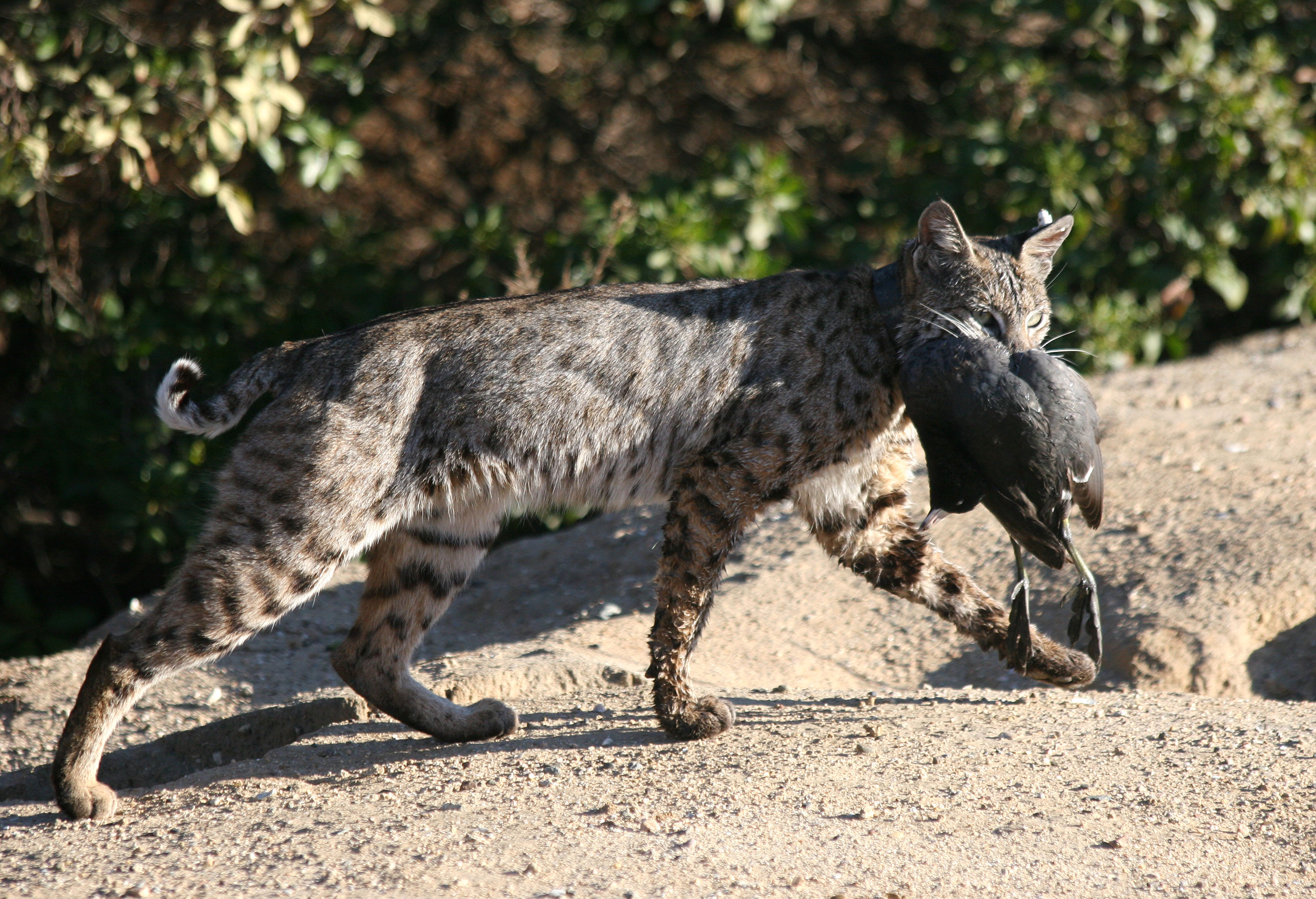 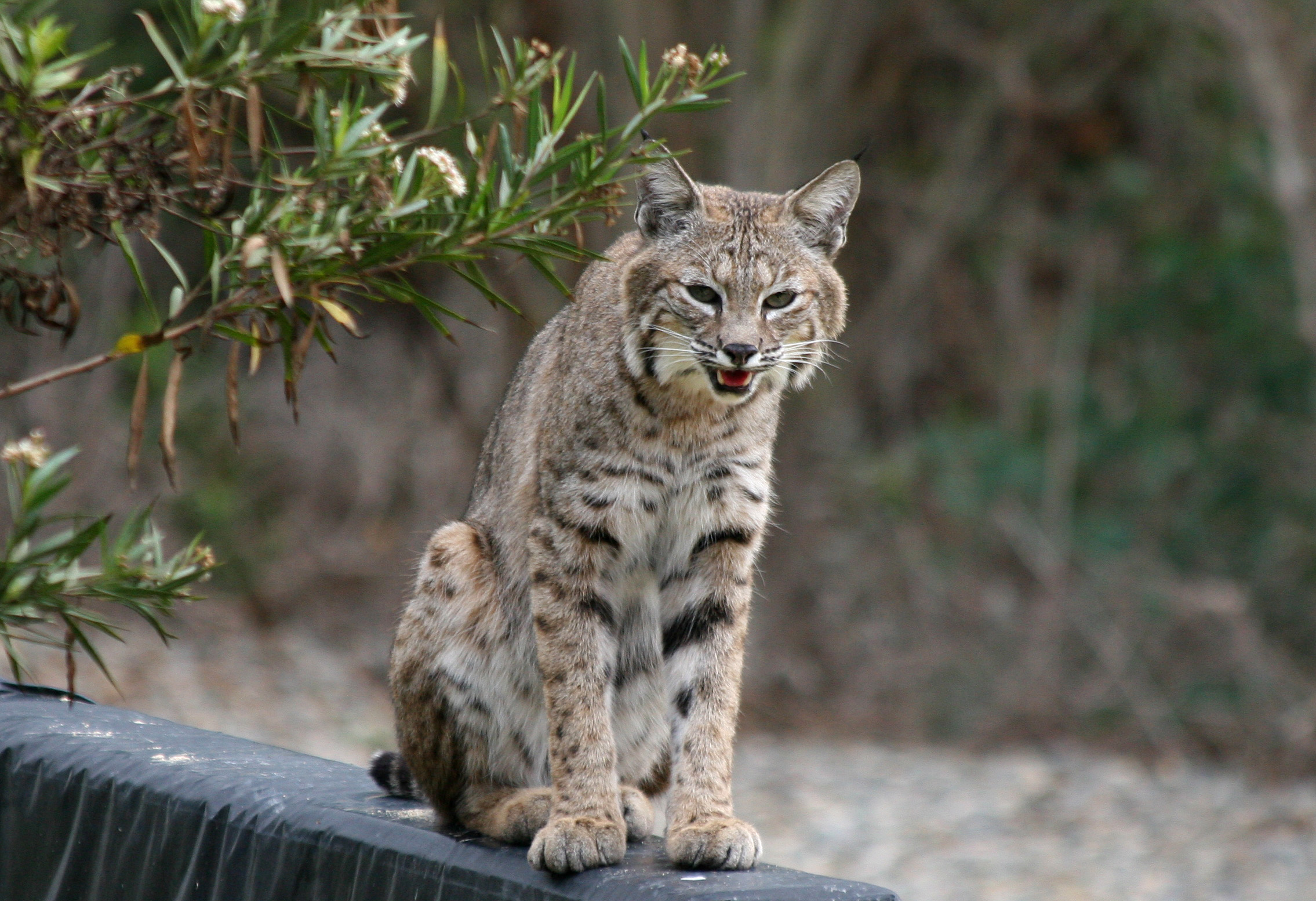 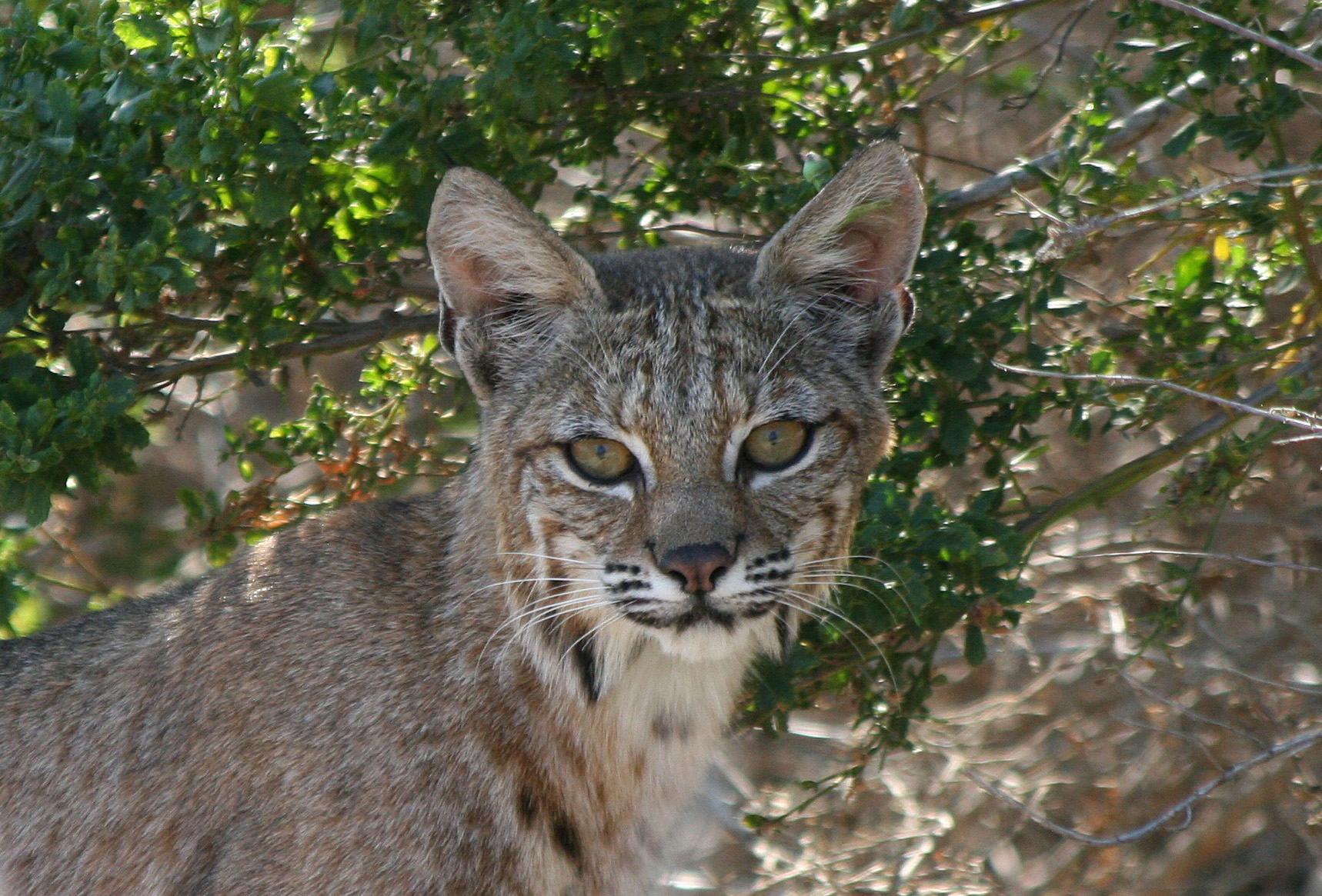 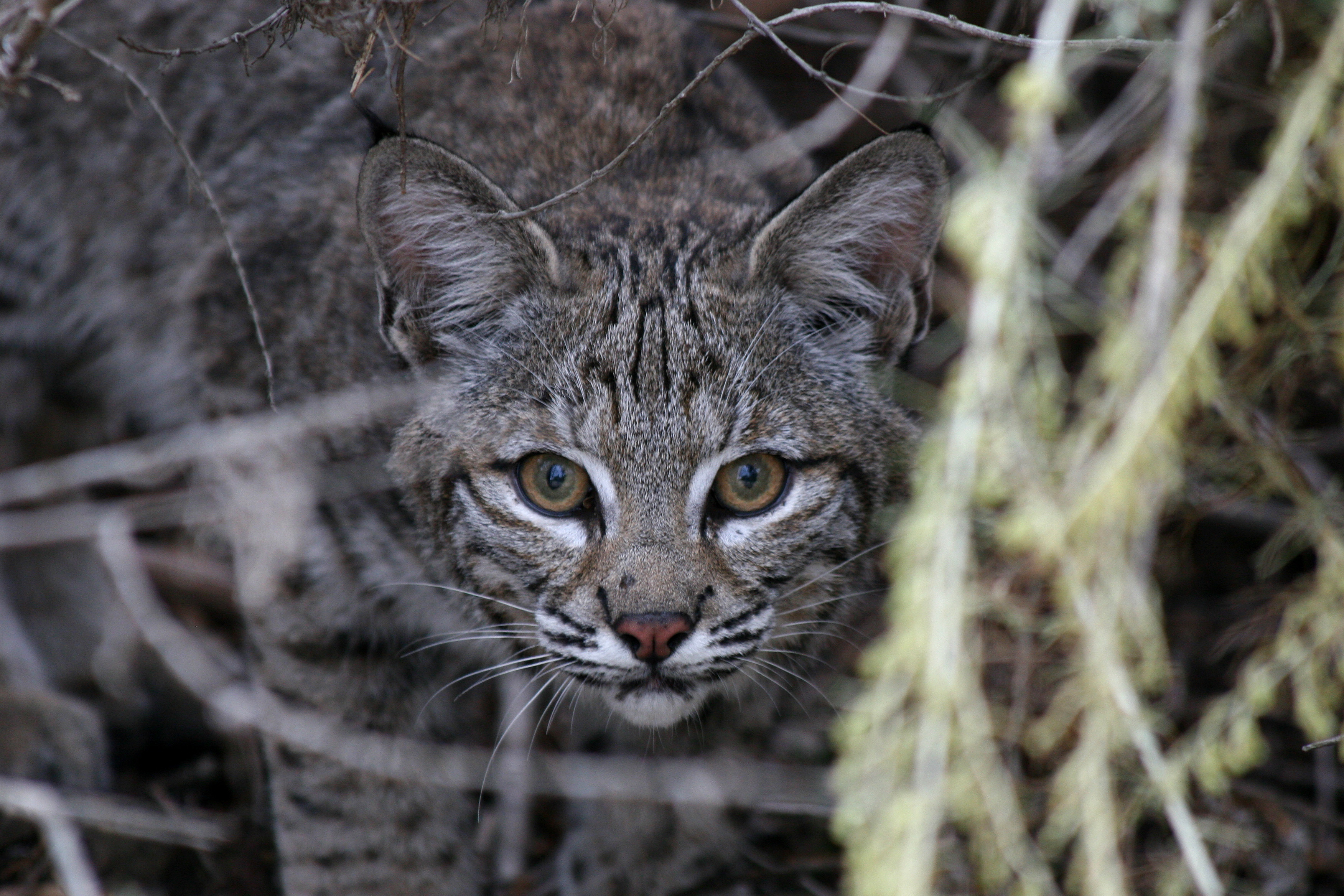 For a treat, see this news video of bobcat kittens frolicking in a Vancouver back yard, with the link sent by Liz last year.