It’s Caturday again (and International Cat Day!), and during the pandemic, when all the days blend together, I have to remind myself to post the cats, as I haven’t missed a Caturday in years.

We have three items and lagniappe. The first is a video of Turkish Van cats, a breed developed in England from Turkish stock. They are mostly or fully white, and the best ones have heterochromia, or odd eyes. I saw many of these in Istanbul.  Here is the Van Cat Research Center and Cat House in Van, in Eastern Turkey. (“Cat” in Turkish is “kedi”.)

Not many of us will make it to Van (I haven’t yet), but it costs only 28 US cents to get in, and an additional $5 if you want to feed and pet the cats. They also sell cats, and there’s a premium for cats with different-colored eyes. If you want to visit the Center’s website (in Turkish), go here.

Look at those beautiful white cats!

Bored Panda has a great series of photos collected from the “What’s Wrong With Your Cat?” reddit site. There are 50 photos of cats that are “malfunctioning”; I’ll put up a few but go over to the site itself (click on screenshot below) to see more. The title come from the site:

Just As The Prophecy Foretold

She tried out a new pose on the stairs today:

He’s about to speak Italian: 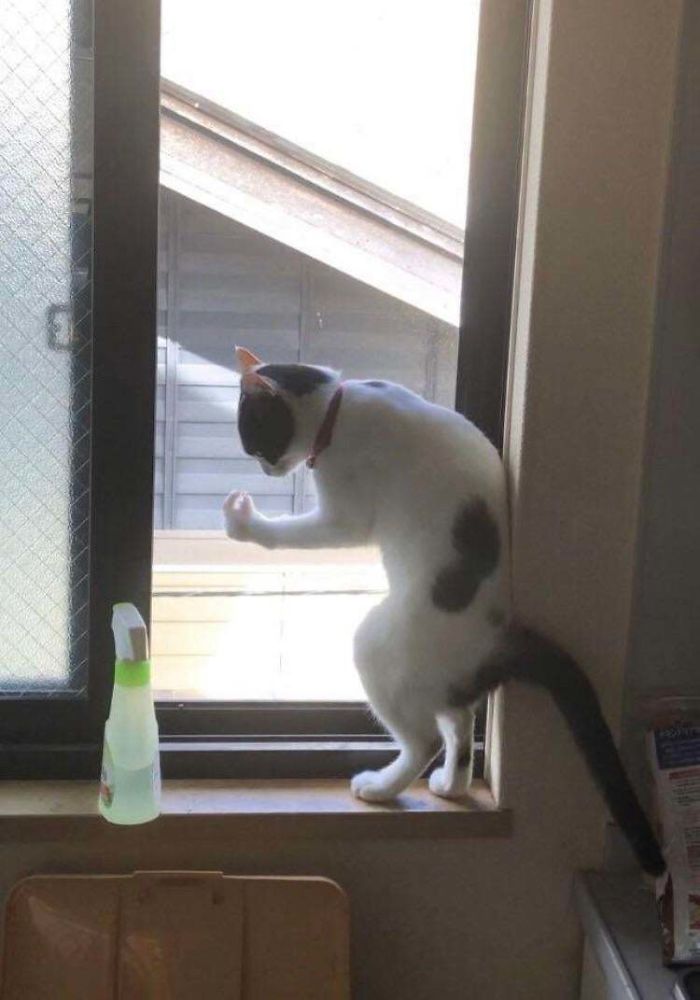 Here’s a compilation of the best cat moments from the show “QI” (“quite interesting”), featuring Stephen Fry, other hosts, and guests.

Lagniappe: According to the BBC, Palmerston, the official Foreign Office Cat in Downing Street, is retiring to the country. He’s been on the job for only four years, and I can’t help but wonder if his retirement is due to the frequent dust-ups he got into with Larry, the official Chief Mouser to the Cabinet Office, who lived at #10. Here’s a news report on one of their battles:

At any rate, Palmerston left with a resignation letter:

In a distinctly anthropomorphic letter sent to Foreign Office permanent secretary Sir Simon McDonald, Palmerston “writes” that while there, he “pawed numerous memorandums” and set up his own “parallel network” for intelligence gathering.

He adds that, during the pandemic he, like so many other civil servants, has decided to “work from home” rather than in the office, while remaining “as diligent as ever”. 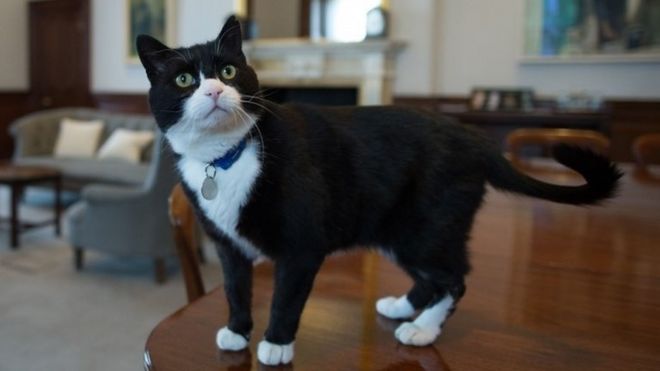 7 thoughts on “Caturday felid trifecta: The epicenter of Turkish Van cats; “what’s wrong with my cat?” photos; best of cats on “Q” (and lagniappe)”