A common way to attack Israel is to disseminate fictitious photographs on social media, photographs that pretend to show Israeli malfeasance but often show something completely different. And the photos are often, as in this case, not even from Israel.

The article below, taken from India Today, reports on a striking photograph purporting to show a Palestinian girl facing down an Israeli policeman. She does look determined, and the supposed occasion was the detention of five Palestinian women by Israelis at the al-Aqsa mosque in Jerusalem (I can’t find any information about why they were detained, nor any reports in the Israeli media about it, though Middle East Eye has a video report). At any rate, that’s irrelevant to this story, which disseminated the photo, which has “gone viral” on social media, to show fierce resistance by Palestinian children against Israeli oppression. But the photo, while real, has nothing to do with Israel or Palestine. 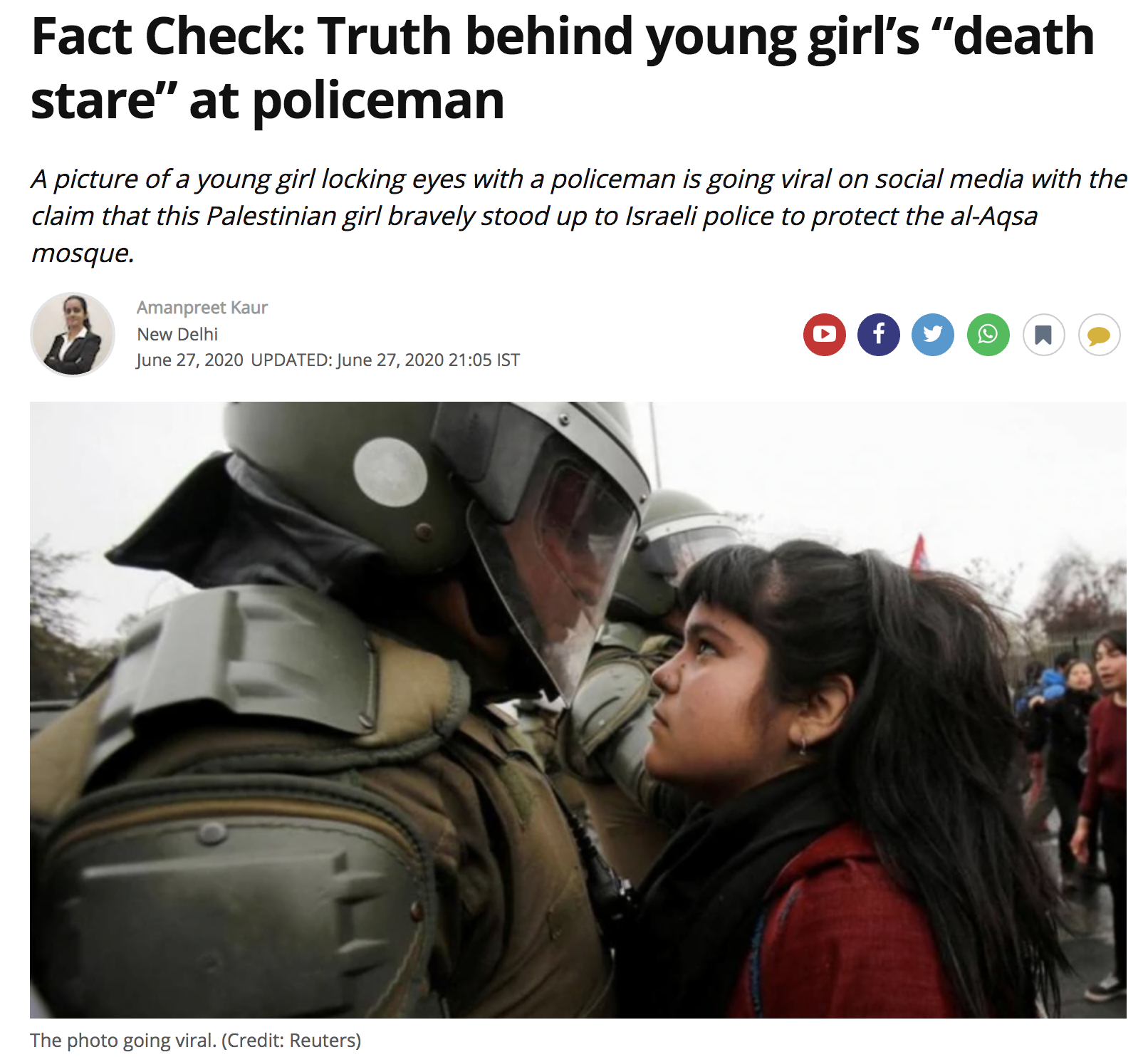 When I saw the photo, the officer’s uniform looked very familiar. It turned out that it was, for the photograph is from Chile, and I’d seen confrontations just like this one last fall on my visit to Valparaiso on the way to Antarctica. The article reports that the photo and caption appeared on the Facebook page of USA Muslims, looking like this (archived link): 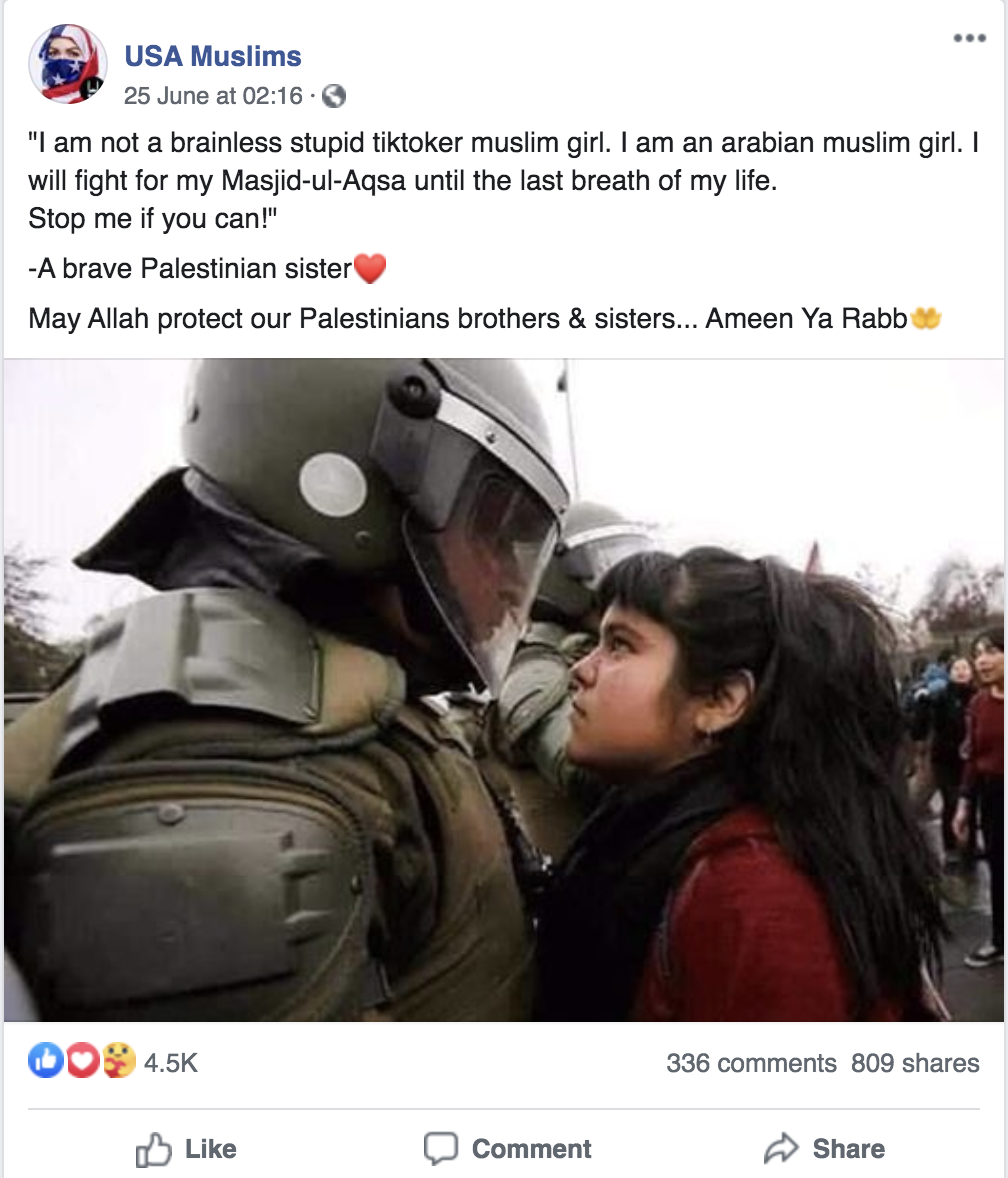 Well, the kid may be brave and determined, but she’s a Chilean kid. From India Today:

More recently, according to media reports, Israeli security forces had detained five Palestinian women and a guard at the mosque compound last Sunday. Amid this, a picture of a young girl locking eyes with a policeman is going viral on social media with the claim that this Palestinian girl bravely stood up to Israeli police to protect the al-Aqsa mosque.

India Today Anti Fake News War Room (AFWA) has found that the four-year-old picture is from Santiago in Chile, where a young demonstrator locked eyes with a riot policeman during a political protest.

The archived version of the post can be seen here.

Among others, Facebook page “USA Muslims” posted the picture with the caption: “I am not a brainless stupid tiktoker muslim girl. I am an arabian muslim girl. I will fight for my Masjid-ul-Aqsa until the last breath of my life. Stop me if you can!” A brave Palestinian sister.May Allah protect our Palestinians brothers & sisters… Ameen Ya Rabb.

We ran a reverse search of the viral photograph and found it in the stock of Reuters. The picture was clicked by Reuters photographer Carlos Vera Mancilla on September 11, 2016, outside the general cemetery in Santiago, Chile. The caption with the photograph reads, “A demonstrator looks at a riot policeman during a protest marking the country’s 1973 military coup.”

We also found a news report on the famous stare. The protest marked 43 years of Chile’s bloody military coup that led to then President Salvador Allende being overthrown, killed, and replaced with a military government led by Augusto Pinochet.

Therefore, it is clear that the viral image is from Chile and has no relation to the al-Aqsa mosque dispute between Israel and Palestine. This mosque in Jerusalem is the third holiest site in Islam, but also the holiest site for Jews, who refer to it as “Temple Mount” because it was the location of the first and second Jewish temples in antiquity. 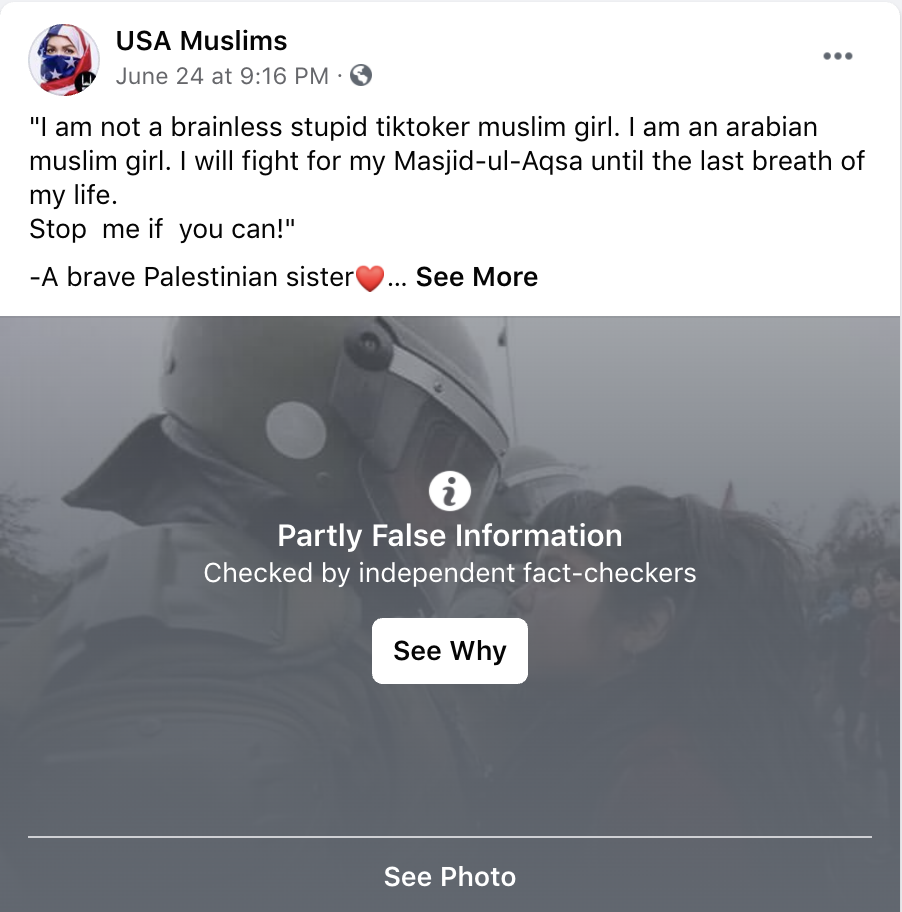 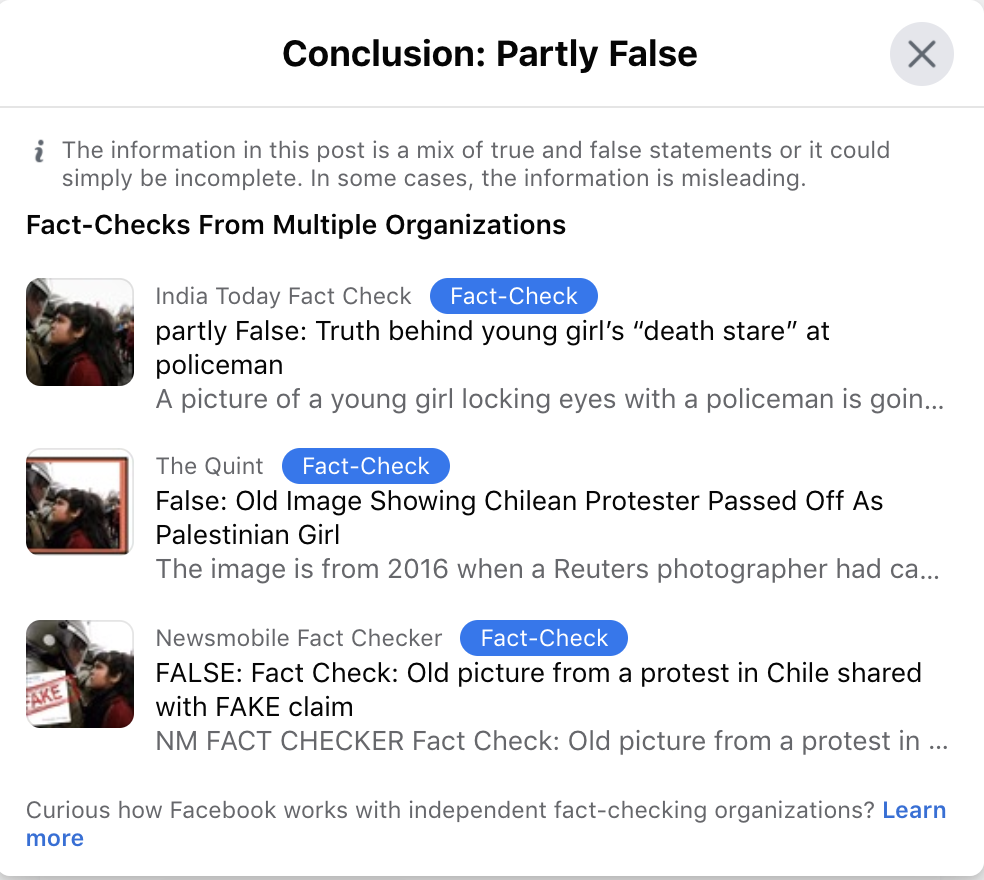 The original from Reuters: 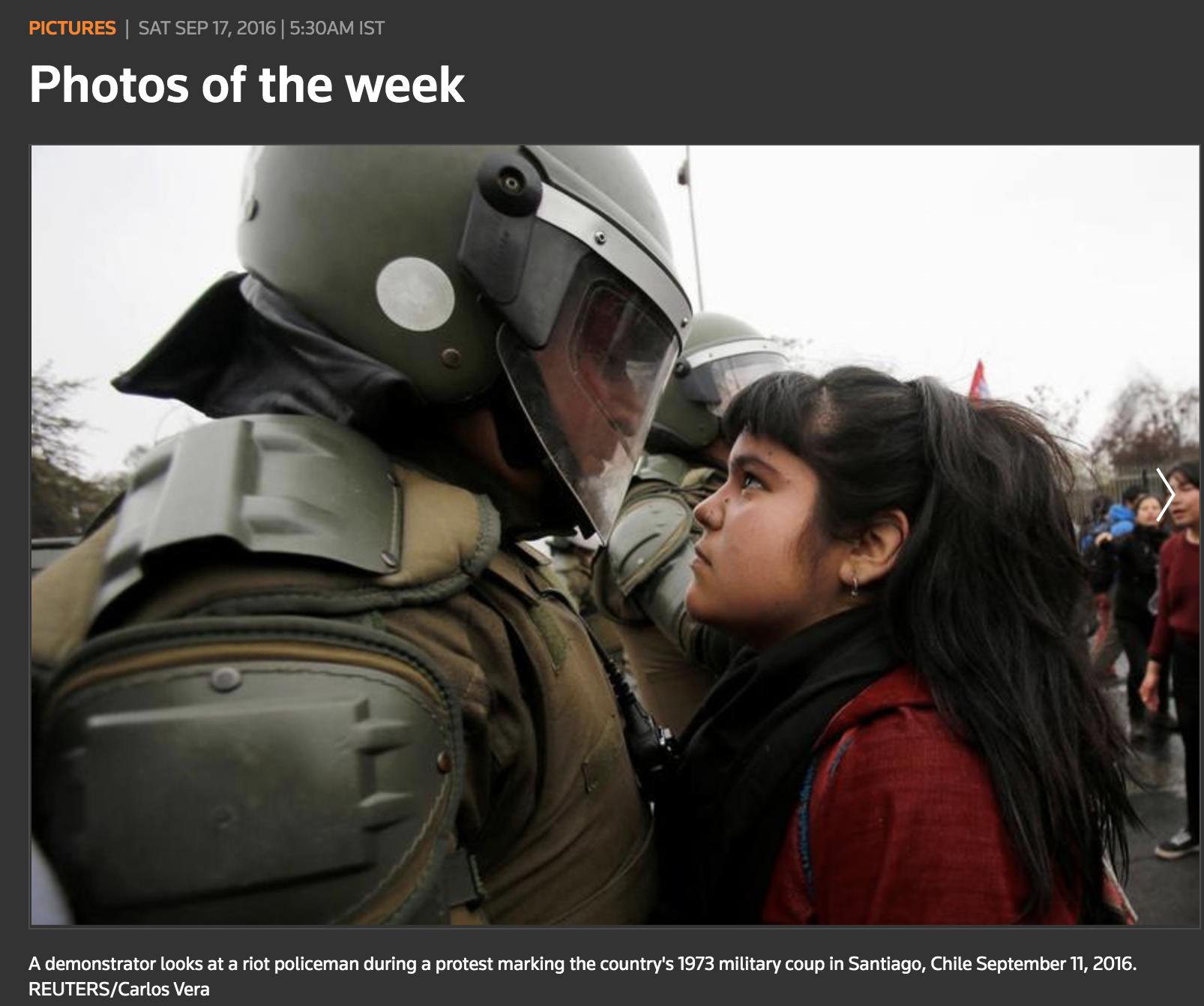 This of course is only one of a gazillion misleading images disseminated to demonize Israel and Jews. Many are done by private individuals, others by organizations like Muslims USA, and many by Hamas itself. If you want to see a whole list of these distortions, go here to see many cases of “fauxtography.”