Keas, Nestor notabilis, are the world’s only alpine parrots, found in New Zealand. What is it like to be a kea?

When Tom Nagel wrote his famous article about what it is like to be a bat, he concluded that although bats may have consciousness, the content of that consciousness is inaccessible to us. He’s pretty much right about that, though, as I note below, perhaps some subjective sensations can be sussed out in nonhuman animals. But it would be hard, and probably impossible.

But the way to do this is not the way that the Templeton World Charity Foundation (TWCF) and the John Templeton Foundation (JTF) are doing. They’ve just spent a million dollars on grants to see if animals feel joy. The description of the project is below at stuff.co.nz (click on screenshot).

This is one of those wonky Templeton projects where the organization throws a pot of money at a bizarre issue, one unlikely to have any useful results. I’ll leave it to you to guess whether the results will be anything more than “keas like to do X and don’t like to do Y.”

But I digress. Here’s the project:

Two New Zealand professors have joined a team of international researchers to try to answer one burning question – can animals, like humans, feel emotion?

Experts from Scotland, the United States and New Zealand, including University of Canterbury (UC) associate professor Ximena Nelson and the University of Auckland’s Dr Alex Taylor, are taking part in the joyful by nature research project, funded by the Templeton World Charity Foundation.

The Scottish and American researchers would focus on dolphins and apes, while Nelson and Taylor would focus on New Zealand’s native kea, the world’s only alpine parrot and a species well-known for their unique social attributes.

Experts believe the study could have significant implications for animal welfare and ethics.

. . . . The John Templeton foundation has provided $1 million funding for the research which has been given a three-year term, with an option for a two-year extension.)

(This is a bit confusing, because it seems that two branches of the Templeton Empire are funding the same work.)

First of all, even if we could figure out if keas (or other species) felt “joy” in the same sense we do, would that really have “significant implications for animal welfare and ethics”? I don’t see how. What’s more important is whether they suffer and feel pain, prefer some conditions more than others, and whether we have the right to make animals suffer and die to improve our own well being. Whether they have emotions similar to those of humans is an anthropomorphic and misguided way to formulate an ethical policy.

But, more important is the presently unanswerable question of “do animals like keas experience joy”? Here are the data the article adduces to suggest it:

Many New Zealanders were familiar with kea as cheeky and destructive, but few would realise how remarkably intelligent they were, Nelson said.

“Their cognitive ability is similar or better than many primate species, or humans up to the age of 4,” Nelson said.

Cognitive ability, can, of course, be measured in various ways, and is much easier to assess than emotions. And it could be relevant to animal welfare and ethics. But that’s not what Templeton is funding (my emphasis below).

There were a number of factors into kea behaviour that suggested they feel emotion or joy, Nelson said.

Their babies are raised by adults in crèches, they play and roll around like children, kick stones and dance about and are naturally social creatures, she said.

Animals develop play behaviour between one another for many reasons. An example of this is young cats or kittens, who play fight to hone their predatory skills. The reason why kea play is unclear.

. . .The lack of any obvious predator allowed kea “spare time” to do whatever they liked, which may have initiated their play behaviours, Nelson said.

Kea also appear to be affected by the seasons, just as humans are and responded in the same way and played in the snow and sun but hid from the rain, she said.

And there you have it: there is an alternative explanation to “play behavior” enacted because it’s fun. It’s enacted because it helps hone skills useful later in life. And, in fact, most ethologists think that play behavior is practice for adult skills (not just predatory ones; my ducks zoom and flap to practice flight motions). It could also be fun, but that would not be its raison d’être. (However, fun or joy could be the proximate stimulus that prompts the animals to begin doing adaptive behaviors.) But in the end the question remains: How do we know whether keas can experience joy?

We can’t, not in any way these researchers could find out. The only way I see to begin addressing this question is to do extensive brain analysis in humans and keas, finding out what areas of the brain (better yet, which neurons are activated) when a human feels joy and when a kea “plays.” If there are consistent neuronal patterns and brain areas associated with joy in humans, and those same areas light up when keas are playing, we might begin to wonder if keas feel something akin to joy.

But we don’t even know the brain patterns of joy in humans, and comparative studies of brain function between humans and birds is fraught with problems.  Further, keas are heavily endangered, and looking at their neurons and brains is out of the question.

I thought of one jocular way: teach the keas to speak English and then ask them if they feel joy. You can already figure out the problems with that, though this kind of self-report is how I know that other humans feel joy.

No, at present the question of whether keas (or any other creature, really) can feel joy like we do is unanswerable, and may be forever unanswerable. Templeton has wasted a million bucks, as they do so often, on a dumb project that can’t even address the questions of animal welfare it asks.

Keas, of course, will be protected whether or not they feel joy. We refrain from bashing them on the head not because we know they feel joy, but because they’re amazing animals and are endangered. And if by some miracle we find out they can feel joy, well, that’s not useful for questions of animal welfare: we’d need to look at chickens and ducks and other fowl that we kill or cage.

Templeton, this looks like another million bucks down the drain.

Here’s a kea, photographed by me in New Zealand two years ago: 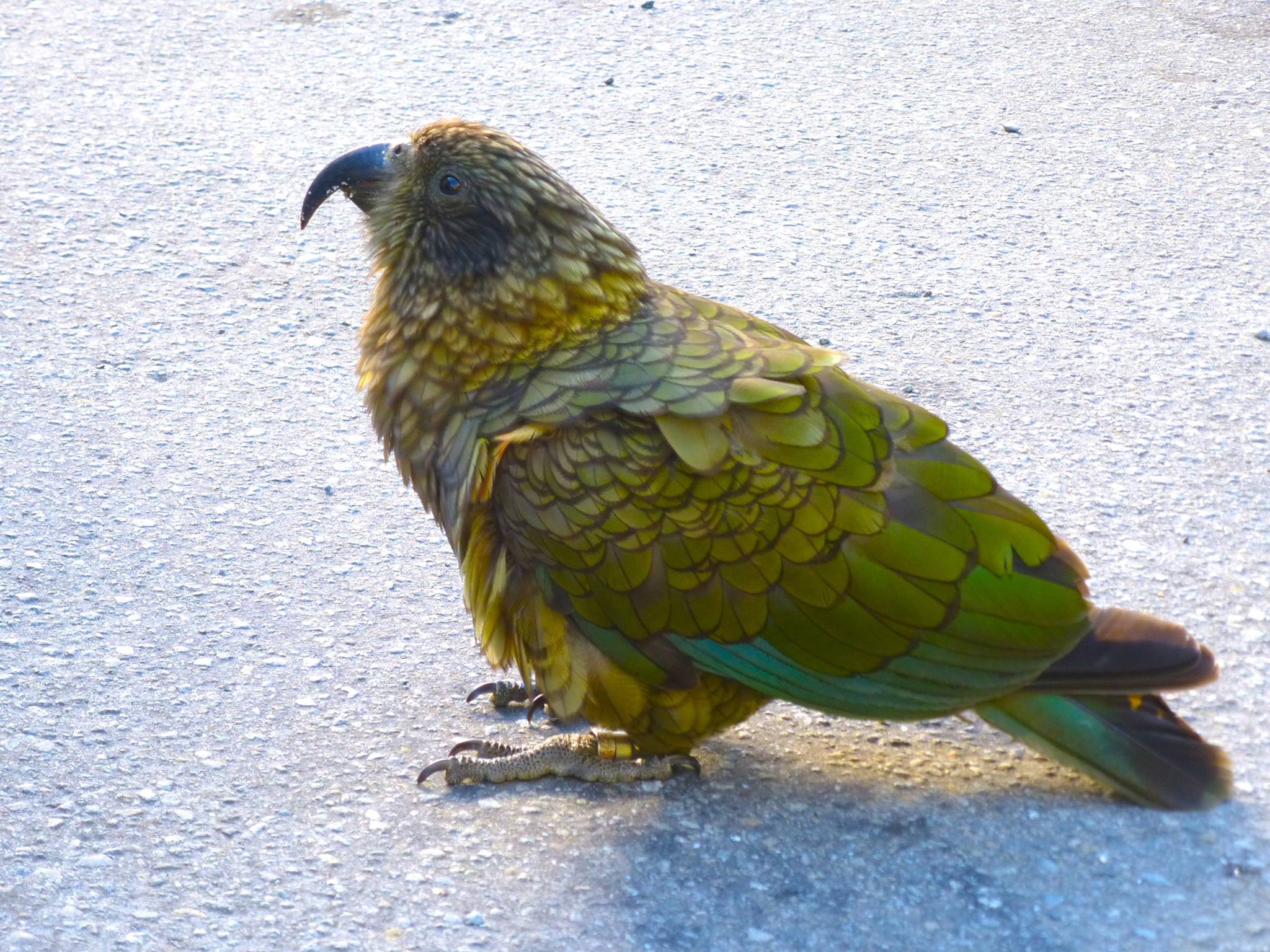 62 thoughts on “Templeton pays $1 million for an unanswerable question: do keas feel joy?”