I’m writing this at 3:30 am because, like many folks, my sleep has been severely disrupted during the pandemic, and I’m deeply dispirited. Let us hope, though, that my  ducks and their 17 ducklings are still with us on this Friday, May 15, 2020. (I just checked, and there are many, but it was too dark to count.) UPDATE: I just counted and they’re all there despite a ferocious thunderstorm yesterday and last night. O frabjous day!

It’s National Quiche Lorraine Day (cultural appropriation) and National Pick Strawberries Day.  And oy, are there a lot of holidays today! For instance, Endangered Species Day, International Day of Families, National Pizza Party Day (it’ll have to be virtual pizza), Straw Hat Day, and Relive Your Past By Listening to the First Music You Every Bought No Matter What It Was No Excuses Day (!?). I can’t in fact remember what was the first music I ever bought, but I suspect it was a Beatles album, when I was at the age when I could spend my own money on vinyl. Before that, my parents bought all of the few records I had, including gems like Rosemary Clooney’s “Teddy Bear’s Picnic”.

And a special holiday for me: International Conscientious Objectors Day.

News of the day: Bad to worse. In Pennsylvania, WIsconsin, and Michigan, protestors are still agitating about reopening the economies, with armed protestors gathering at the Michigan state capitol, forcing the legislature to adjourn. Amazingly, it’s legal to carry firearms inside the capitol building in Lansing. Reported coronavirus deaths in the U.S. now stand at 86,571, and about 302,000 throughout the world.

I had been pleased to hear earlier that India—which in view of its crowdedness, poverty, poor sanitation, and spotty medical care, looked like an easy target for the virus—seemed to have been spared of the worst. No more. The New York Times reports that the pandemic has struck the overcrowded city of Mumbai:

As the coronavirus gnaws its way across India, Mumbai has suffered the worst. This city of 20 million is now responsible for 20 percent of India’s coronavirus infections and nearly 25 percent of the deaths.

Hospitals are overflowing with the sick. Police officers are exhausted enforcing a stay-at-home curfew. Doctors say the biggest enemy is Mumbai’s density.

Particularly in the city’s vast slum districts, social distancing is impossible. People live eight to a room across miles and miles of informal settlements made of concrete blocks and topped with sheets of rusted iron. As the temperatures climb toward 100 degrees Fahrenheit, many can’t stand to be cooped up anymore and spill into the streets.

Stuff that happened on May 15 includes:

Here’s Puckle’s gun. Sadly, though it was meant to defend King George, the Country, its Lawes, the people and “The Protestant Cause” (was there a Catholic machine gun?), it never sold, and the business failed. 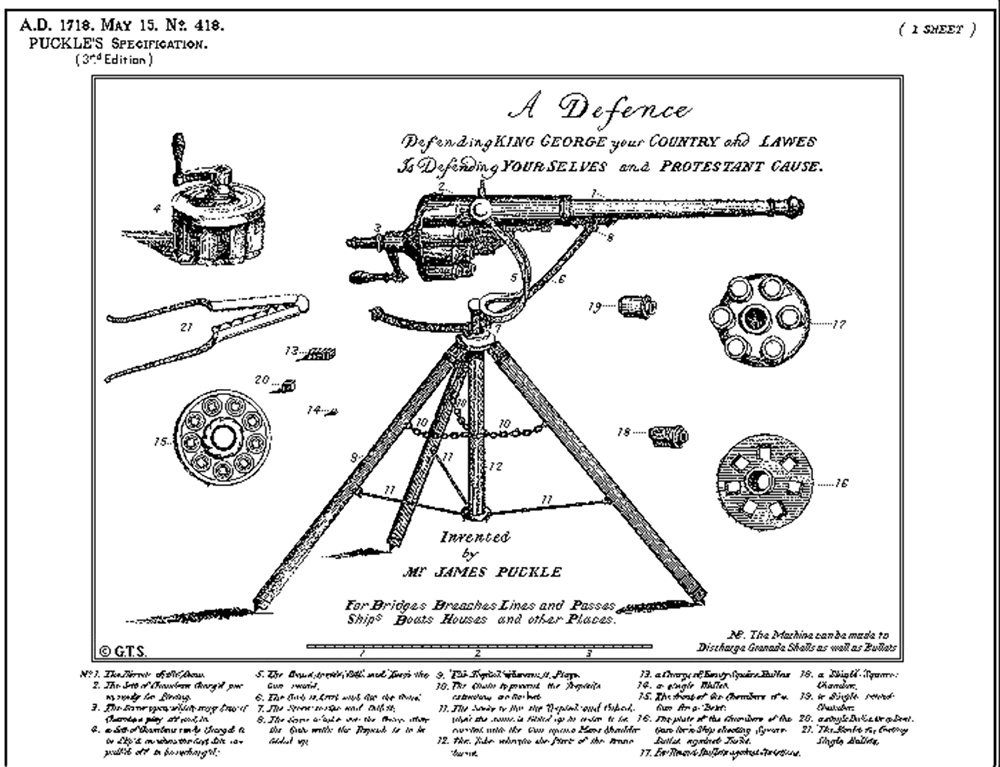 Here’s the first Mickey cartoon. Notice the helpful carpenter duck 23 seconds in. Mickey, not yet neotenous, appears about 30 seconds in.

This is by far the longest hitting streak in major league baseball; the second place holder, Willie Keeler, hit in only 45 straight games, and that was in 1896-1897. Here’s a short documentary of the streak and its end.

Here’s a Ralph Steadman cat; in fact, he did a whole book of cats: 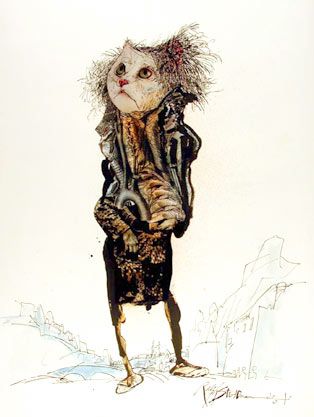 Those who bought the farm on May 15 include:

Here’s the only authenticated photo of Emily Dickinson, although see my post last year about another putative photo. 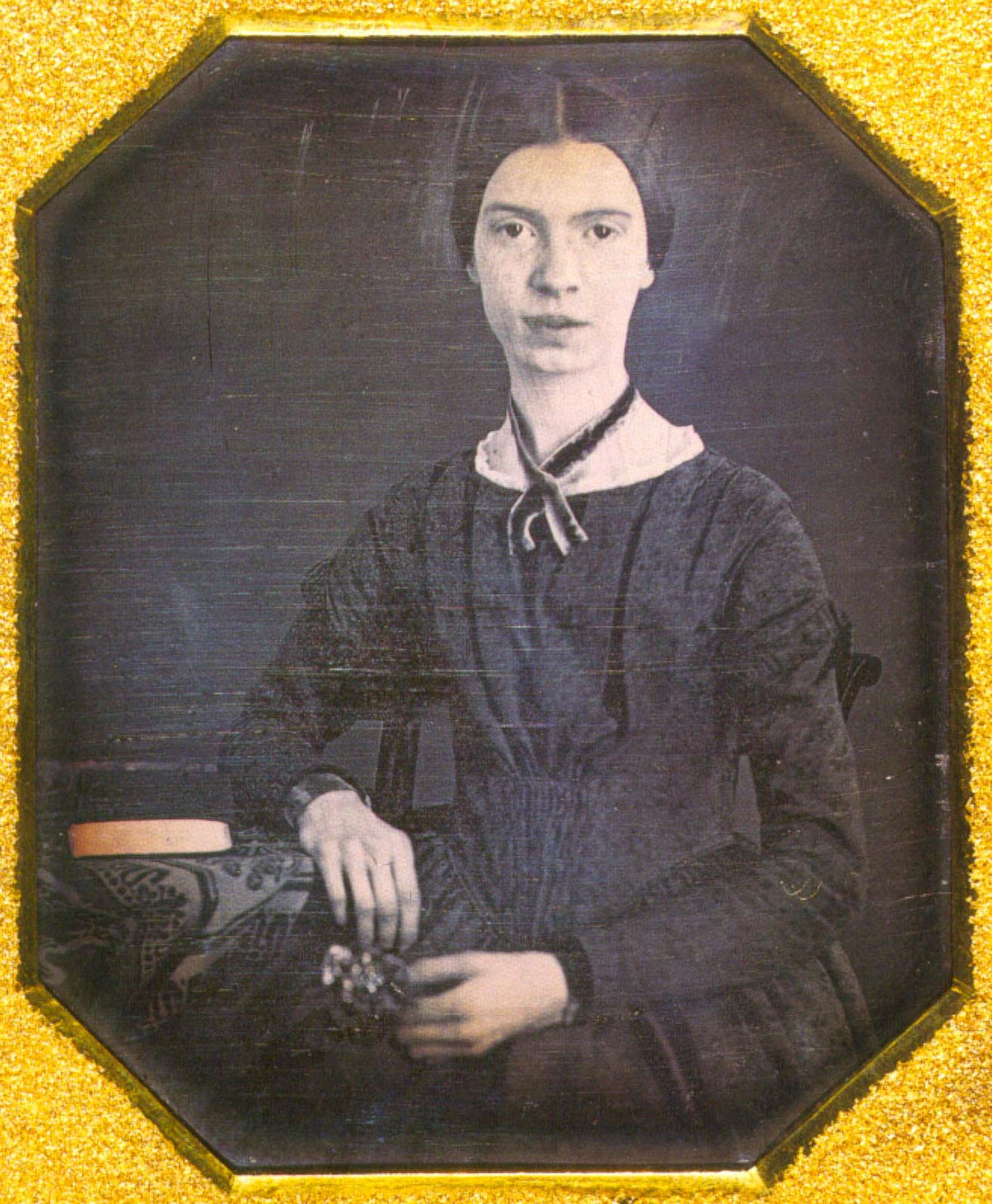 And from ArtNet, drawings of five cats by Hopper: 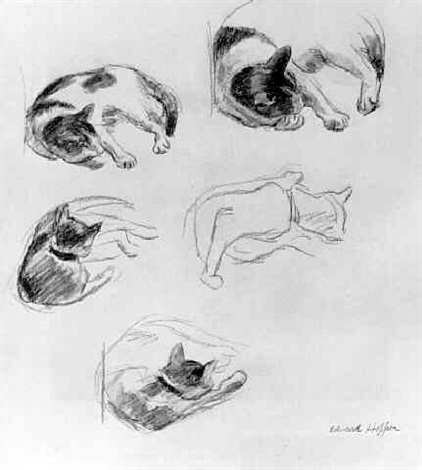 Meanwhile in Dobrzyn, Hili hasn’t quite gotten to the stage of being BFFs with Szaron. Malgorzata adds that Szaron is dissimulating:

Szaron is a liar. He came this morning and brazenly lied that Paulina [the upstairs lodger] let him go without breakfast and that he was dying of hunger. We knew for sure that he was lying but he was meowing so pitifully that he got another breakfast. A difficult cat.

A: Why do you have such a menacing expression on your face?
Hili: Szaron is coming. 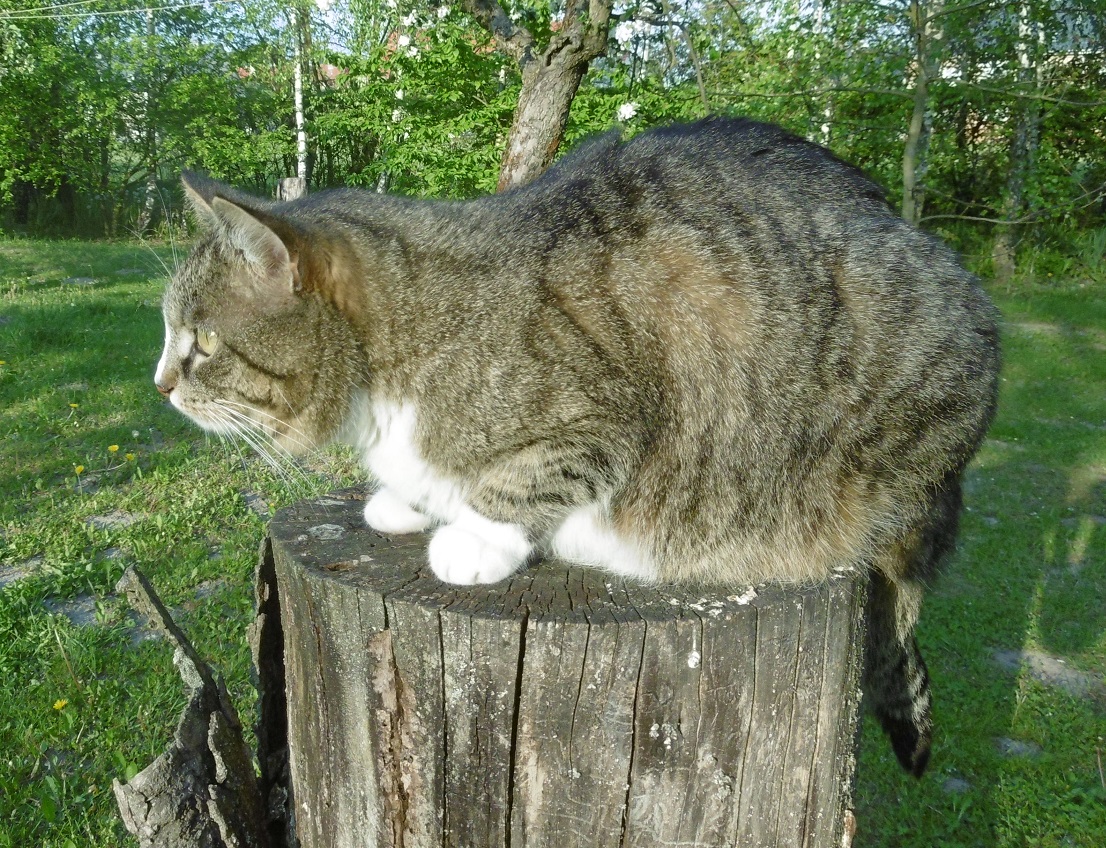 And nearby in his future home, Mietek looks ahead:

Mietek: I see a glowing future for myself.

I lost the email that contained this “meme,” so if you sent it, identify yourself for a warm elbow bump in the comments: 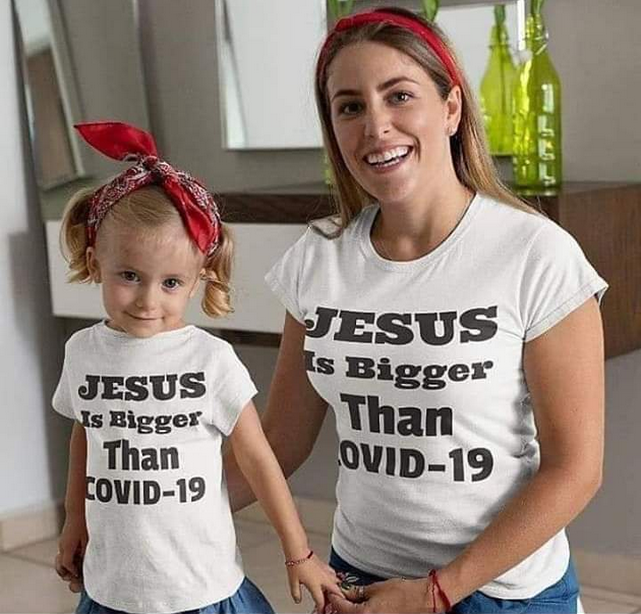 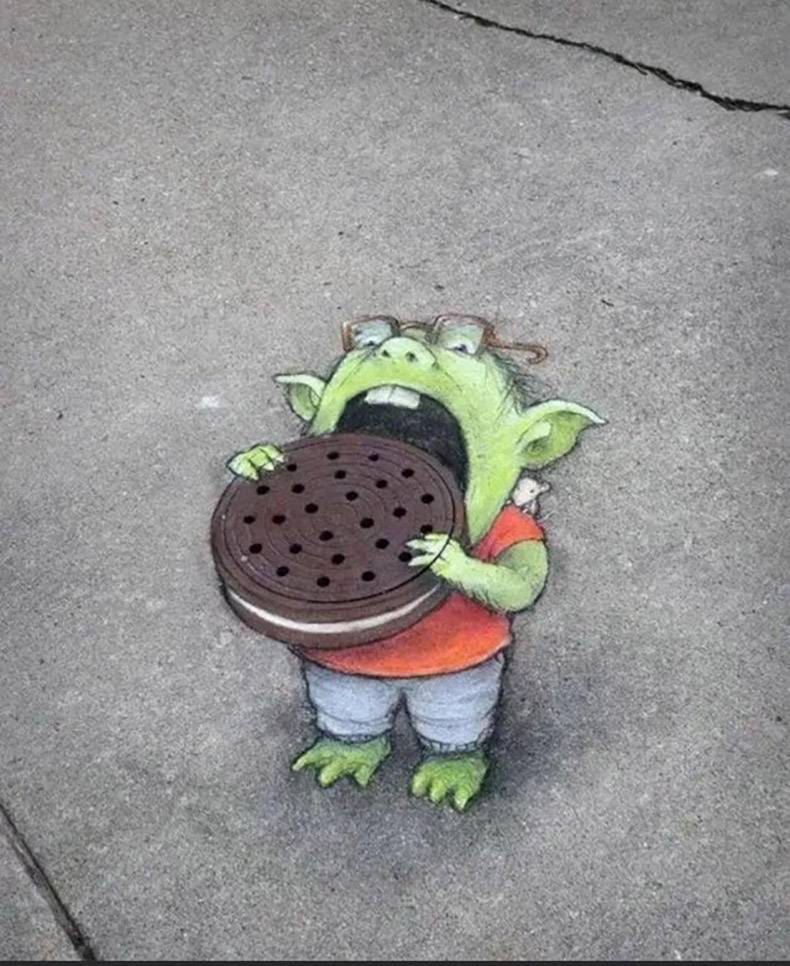 Like a good woke Leftie, Titania defends Islam’s oppression of women. Indeed, she makes it a virtue:

The idea that women are oppressed in Islamic countries is absurd.

These girls, for instance, are so valued and respected that they are being taught how to social distance in full PPE. pic.twitter.com/R6Gi4kZZ6J

Philosopher Maarten Boudry (who was my coauthor on a genuine philosophy paper—I have CRED) shows us his new tuxedo kitten Winston Purrchill, playing with one of his many toys:

Winston finally deals with the elephant in the room. #WinstonPurrchill pic.twitter.com/4D22KqQRZl

A tweet from Heather Hastie.  Melanism (black color) is a dominant trait in jaguars, and this mother was obviously heterozygous, having one copy of the gene. She mated with a spotted (“normal”) jaguar, and so you’d expect half her babies to be black and half spotted in such matings.

So today's pictures are admittedly pretty cutesy, but they did put a smile on my face, & most importantly they are definitely not another depressing story about coronavirus. This is a melanistic mother jaguar & her spotted cub at a zoo in Jordan at two different ages… (1/2) pic.twitter.com/Q6BRL5B1p8

Tweets from Matthew. The first are two dumb-ass statements from “President” Trump, but do you doubt that he said these things? I don’t:

My admiration for JT is well known, and here the Taylor Family Singers entertain us in one of the best “lockdown” pieces ever:

Interspecific parental care. Is this wren afflicted by such a strong parental instinct that it will feed a blue tit?

This is amazing, so go see for yourself. Just go to the site and click on “see the picture”, and then zoom in using your cursor.

The Rijksmuseum has just published the largest and most detailed ever photograph of The Night Watch on its website, making it possible to zoom in on individual brushstrokes and even particles of pigment in the painting https://t.co/jxQRaA0ZfM pic.twitter.com/GyTV4GU0TW