It’s Wednesday, or Hump Day: July 24, 2019, and National Tequila Day (I always worry about cultural appropriation on such days).  It’s also National Tell an Old Joke Day, and so I will comply. It’s a Jewish joke, of course, and may be old, but I doubt that more than 1% of readers have heard it:

An elderly rabbi, having just retired from his duties in the congregation, finally decides to fulfill his lifelong fantasy–to taste pork.

He goes to a hotel in the Catskills in the off-season (not his usual one, mind you), enters the empty dining hall and sits down
at a table far in the corner.  The waiter arrives, and the rabbi orders roast suckling pig.

As the rabbi is waiting, struggling with his conscience, a family from his congregation walks in!  They immediately see the rabbi and, since no one should eat alone, they join him.

Shocked, the rabbi begins to sweat.  At last, the waiter arrives with a huge domed platter. He lifts the lid to reveal-what else?–roast suckling pig, complete with an apple in its mouth.

The family gasp in shock and disgust, they quickly turned to the rabbi for any type of explanation.

“This place is amazing!” cries the rabbi. “You order a baked apple, and look what you get!”

Crooks was a tough old bird. Wikipedia adds this:

Affectionately known as “Grandma Whitney” she successfully scaled 14,505-foot (4,421 m) Mount Whitney 23 times between the ages of 65 and 91. She had climbed 97 other peaks during this period. In 1990, Day Needle, an Act of Congress renamed one of the peaks in the Whitney area Crooks Peak in her honor. 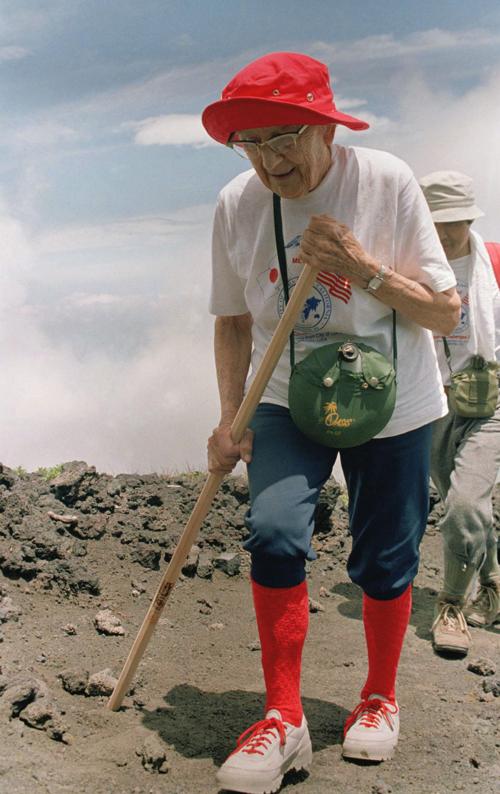 Here’s Machu Picchu in the overgrown state at which Bingham saw it 108 years ago today: 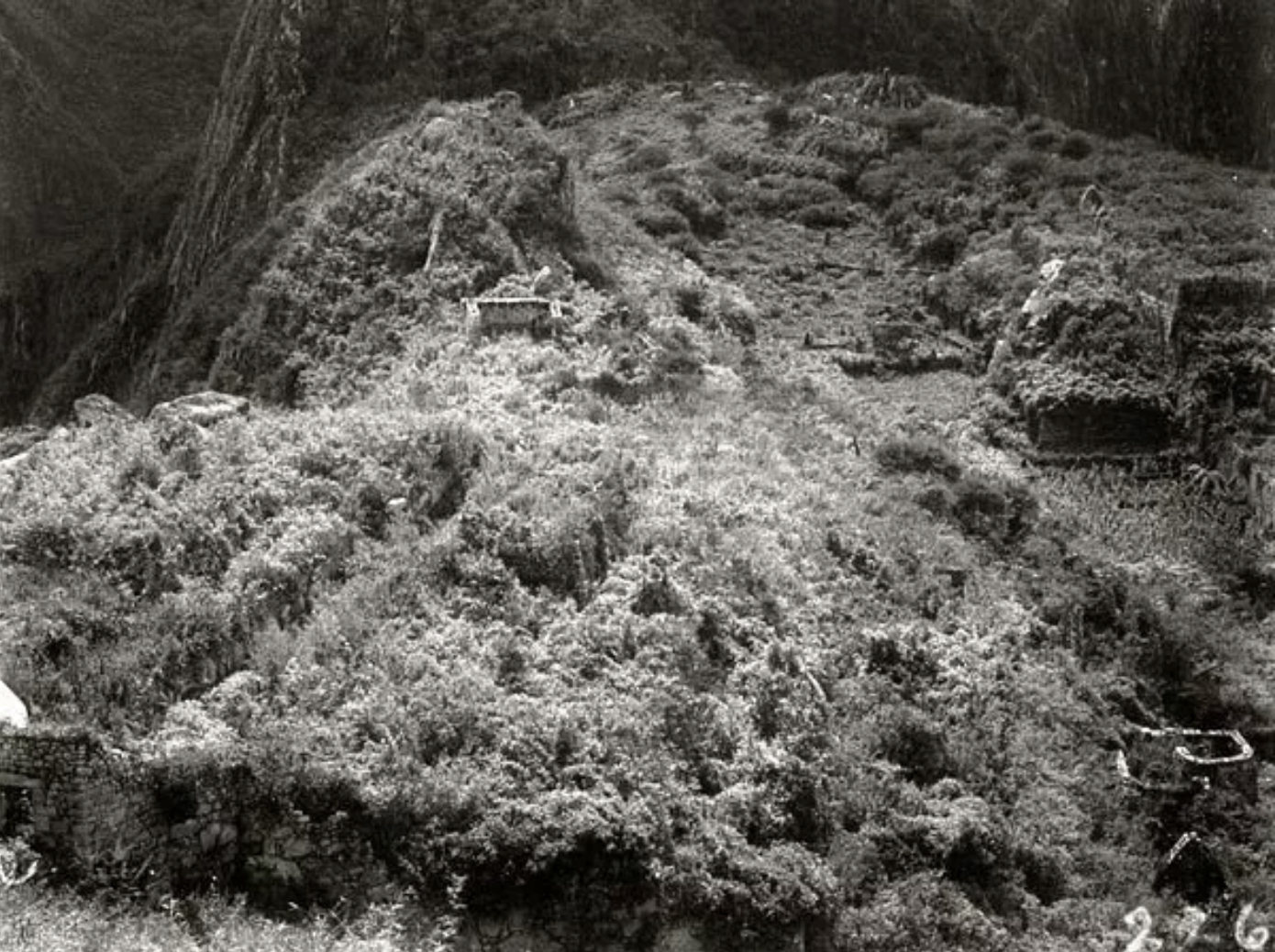 And in the restored state today. I’ve been there, and it’s one of the three most beautiful places I’ve visited on the planet (the other two are Mount Everest and the Taj Mahal in full moonlight): 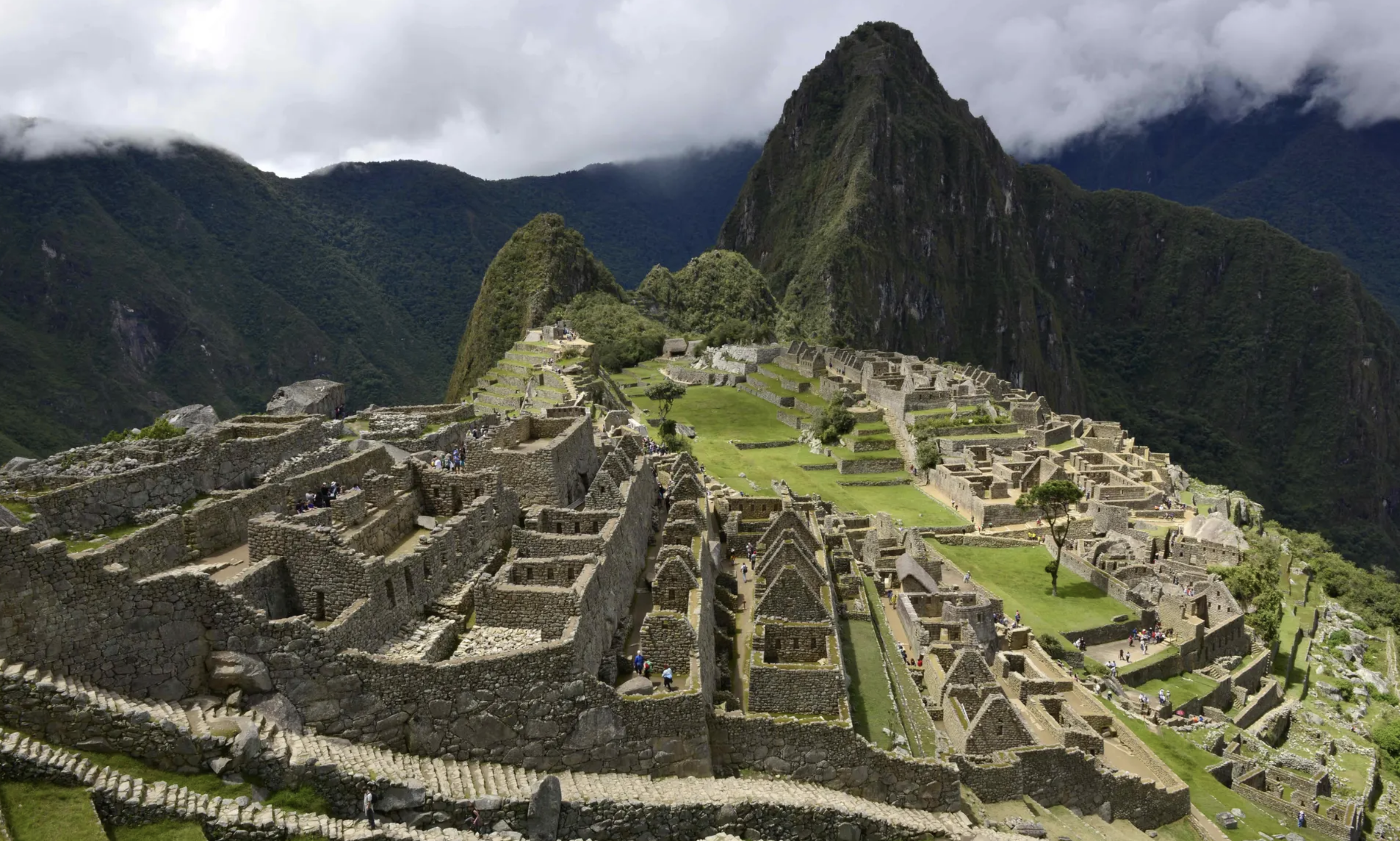 I featured Alphone Mucha ten days ago, as he was born on July 14. Today he’s featured again as he died on July 24. Here’s one of his beautiful Art Nouveau posters from the Daily Art site; you can see 12 others at the link and still others at his Wikipedia page. These original posters are now worth tens of thousands of dollars: 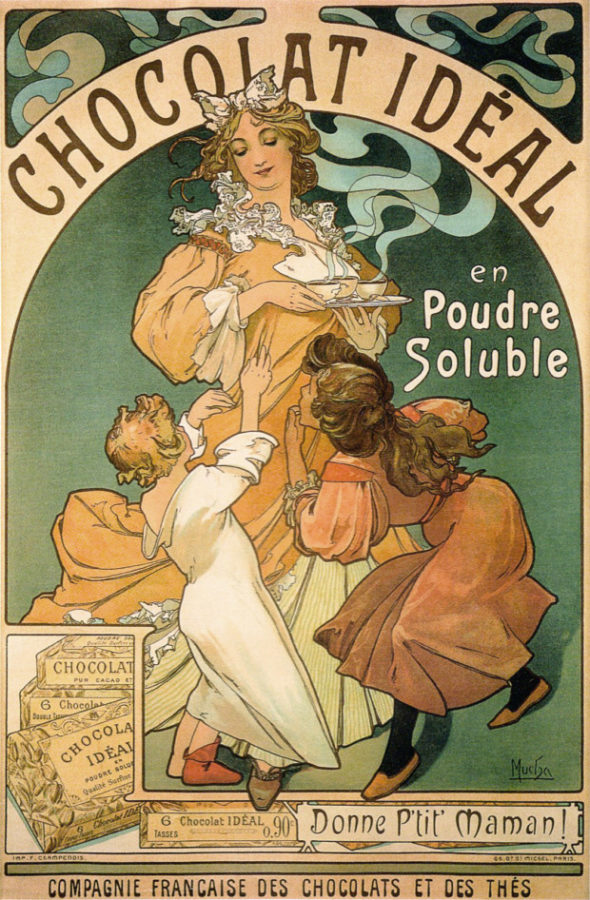 Notables who expired on July 24 were few, they include:

Meanwhile in Dobrzyn, Hili is restless:

Hili: I’ve changed my plans.
A: And where are you going to?
Hili: I’m going to look out of the window on the east side. 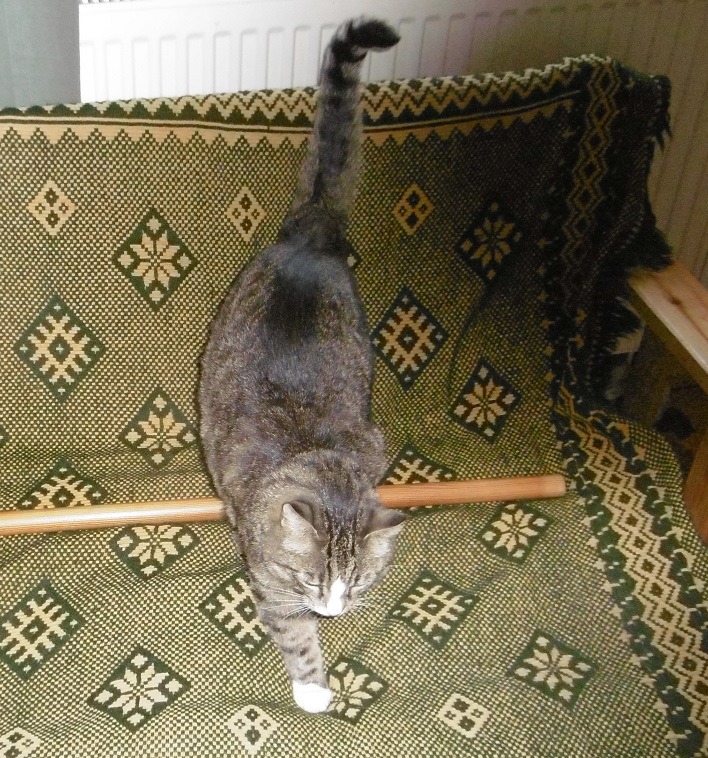 Reader j.j. sent this, taken from Language Log, a fascinating site. I’m sure you don’t want a big order of the stuff, but Language Log explains the mistranslation: 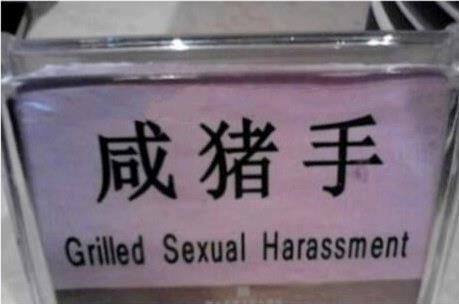 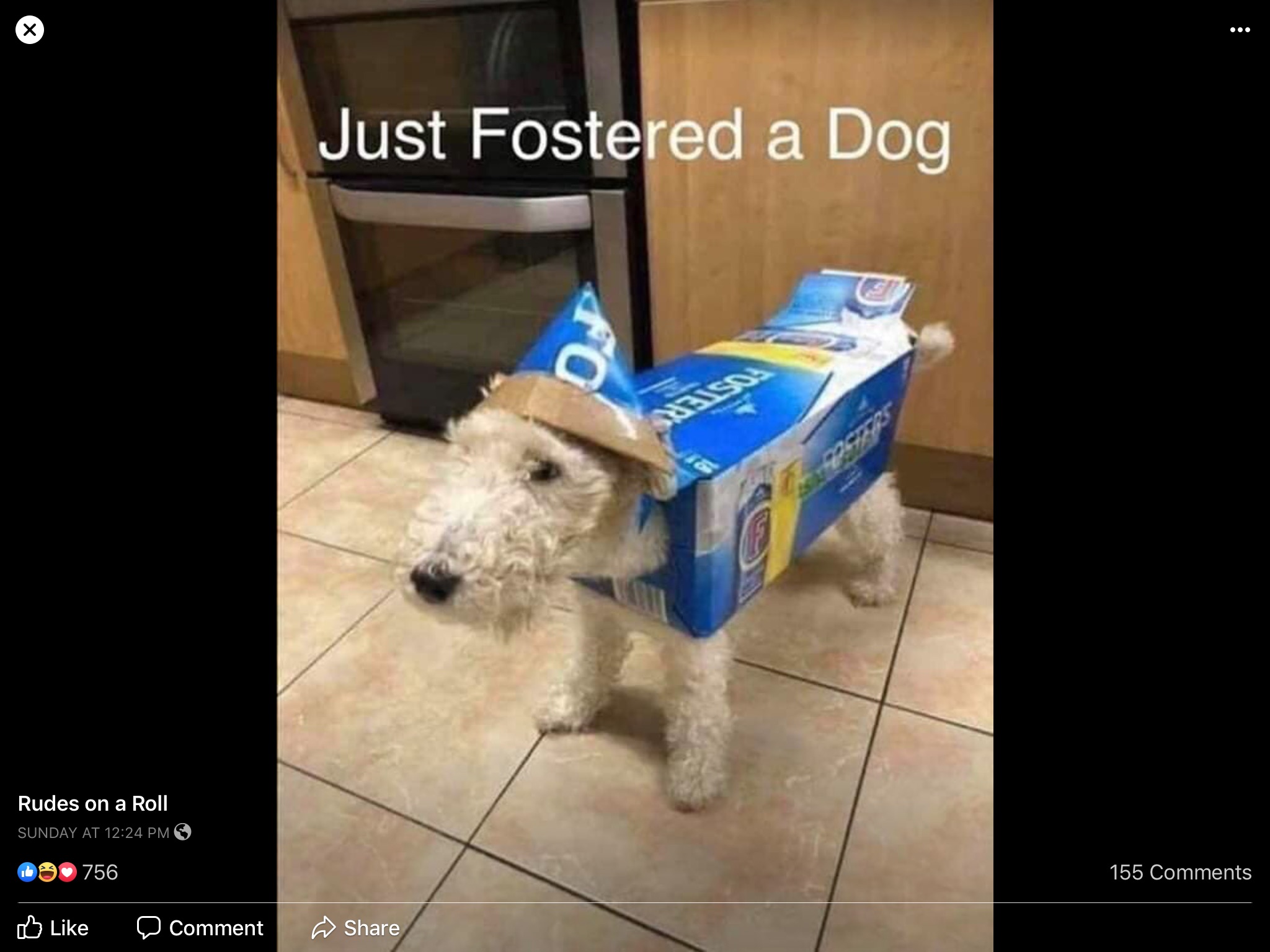 Grania’s sister has finally shut down her Skype account, which remained active (and call-able, though there was no answer) for a long time after she died. Now I see this, which is ineffably sad:

Here’s a tweet Grania sent me on November 23 of last year. Her email was called “Interesting thread”. (It is!)

There's been a lot of talk about the missionary killed by the natives of North Sentinel Island. They're probably so aggressive because of this weirdo, Maurice Vidal Portman. So here's a big thread about this creep and some facts from my decade-long obsession with the island. pic.twitter.com/rfOVjfU2ZY

From reader Barry: Mango and Ponzu are inseparable! (Sound up, please.)

This parrot jumps on her favorite cat's back whenever she wants to go for a walk with him 💚 pic.twitter.com/bjPltuDdrW

Two tweets from Heather Hastie. Look at that bat climb!

This little bat found its way into the visitor centre at Hanningfield Reservoir by mistake, so was rescued and put onto a tree to find its way back to the bat box. Look at it go! 🦇🦇 @WildlifeTrusts pic.twitter.com/0eFjTszZos

I’m not sure what’s going on here; perhaps someone can explain.

Four tweets from Matthew. Both he and I have always been fascinated with the unusual markings of baby tapirs, which changed drastically as they get older. It must be the case that this pattern is adaptive in a little one, but not in a big one:

So, a baby tapir has been born…

And here he is testing out his tiny trunk for the first time 😍 pic.twitter.com/FFcsjN32KX

“I couldn’t breathe when I slept so I installed a camera” pic.twitter.com/DDhP0OweoW

Baby skunks imprinted on a human (I once had one of these):