Good morning on a wet March 2, 2017, and a Thursday in the U.S. It’s National Banana Cream Pie day in the U.S., a decent pie when they use more bananas than custard, and thickly slather the top with real whipped cream. It’s also Texas Independence Day, when a handful of settlers in Texas declared independence from Mexico in 1836.

Today’s news: Attorney General Jeff Sessions apparently lied to Congress during his hearings for his position, claiming that no Trump minion met with Russians before the election. Now he admits he met with Russia’s ambassador to the U.S. (a possible spy) twice—the same official that Mike Flynn met with, leading to Flynn’s firing— but Sessions and the Russian didn’t discuss campaign issues. That was misleading at best and perjury at worst, and in my view should mandate Sessions’s resignation. In any case, the Trump follies continue, with barely a Cabinet nominee unsullied.

On this day in 1797, the Bank of England issued the first one- and two-pound notes. In 1859, this was the first day of the two-day “Great Slave Auction”, in which 436 humans were sold in Georgia to pay off a slaveowner’s debt. That was the largest auction of slaves before the American Civil War. On March 2, 1946, Ho Chi Minh was elected president of North Vietnam, and, exactly a decade later, Monaco gained independence from France. In 1983, compact discs were first released in the US (remember that?), and, on this day in 1995, Fermilab announced the discovery of the top quark.

Hili: Check your privilege.
A: What privilege?
Hili: Well, for instance, the privilege of filling my bowl.
(Photo: Sarah Lawson) 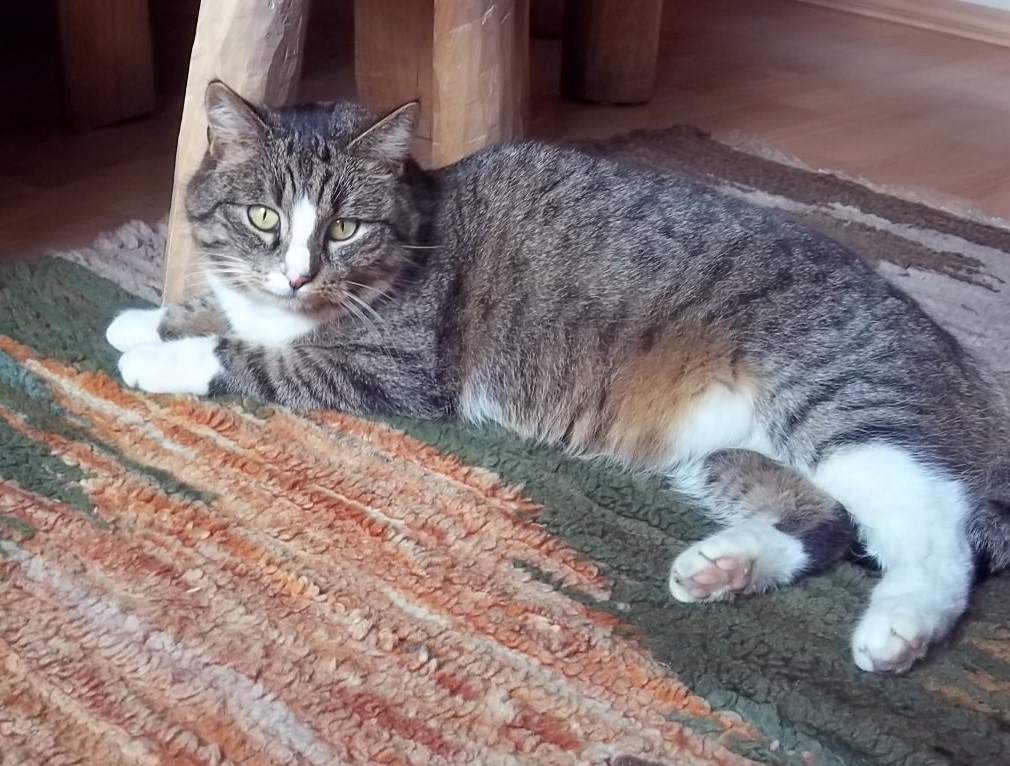 And we have big news of Gus from Winnipeg: he’s sleeping! His staff reports:

Here’s a pic of where he is. He’s spending a great deal of time sleeping on the blanket which is now on the ottoman. [Note: the blanket was a Christmas present to his staff member Taskin, but she’s never been able to use it since Gus coopted it.] 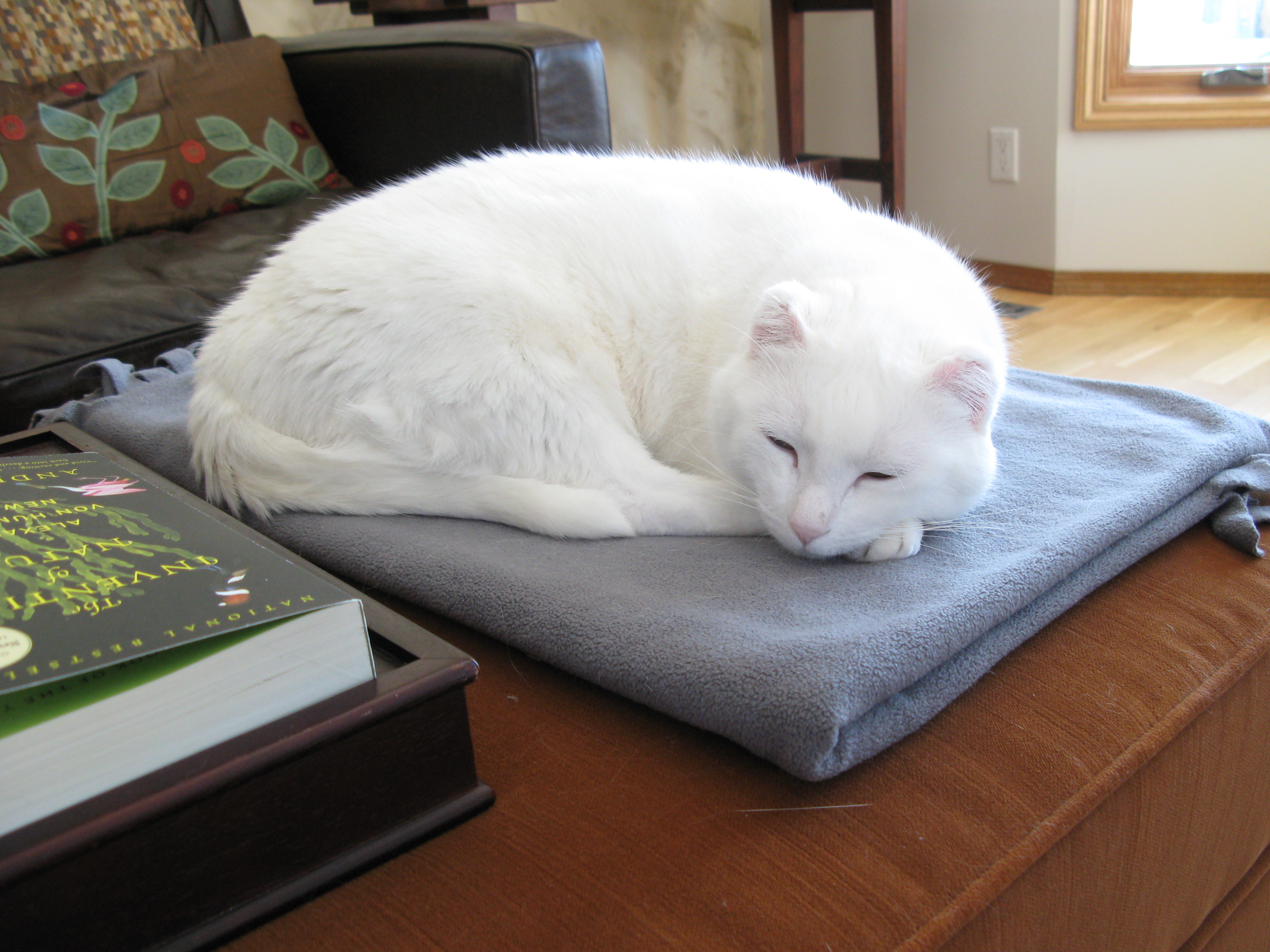