Stephen Barnard is still fishing and traveling in New Zealand (sadly, our visits won’t overlap). He’s now moved to the North Island, and sent back a photo and a movie of the aquatic inhabitants.

Had an excellent  first day fishing in North Island — caught about a dozen rainbow trout  (Oncorhynchus mykiss) this size, and lost a few more. 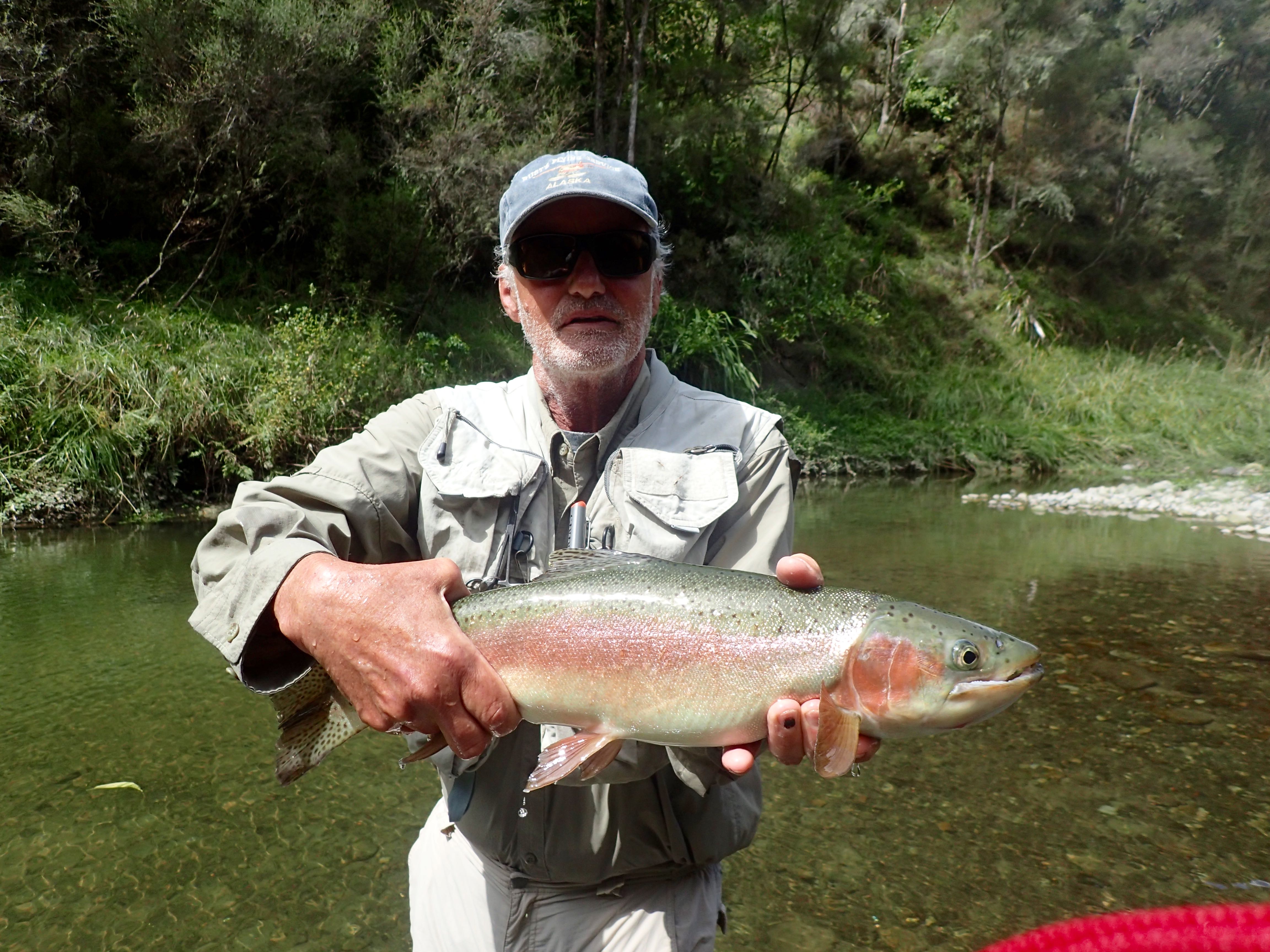 And a video he took:

And while we’re Down Under, reader Tony Eales from Queensland sent some photos of a native species—an aberrant fowl that’s the only species in the bird family Anseranatidae.

Magpie Geese (Anseranas semipalmata) are really cool. Aboriginal people from the top end of Australia love to eat them. I was once driving with a co-worker who had only recently for the first time moved to east coast from a remote northern territory community, and he was genuinely appalled at our driving past Magpie Geese colonies at roadside rest-stop ponds that were unmolested and uneaten.

They sit outside the main group of ducks, geese and swans in a monotypic family Anseranatidae, having split off before the K-PG extinction event. [JAC: This is the Cretaceous-Paleogene event that occurred about 66 million years ago. It was formerly known as the Tertiary-Cretaceous event—the one that supposedly led to the extinction of the dinosaurs.]. They are slowly moving back into their near continent-wide range after being much reduced in south and central Australia through over-hunting and habitat loss. As a child I knew them only from documentaries about the wild tropical north and still remember the shock of seeing my first Magpie Geese near my home city of Brisbane. Now they’re quite common wherever there’s permanent freshwater. 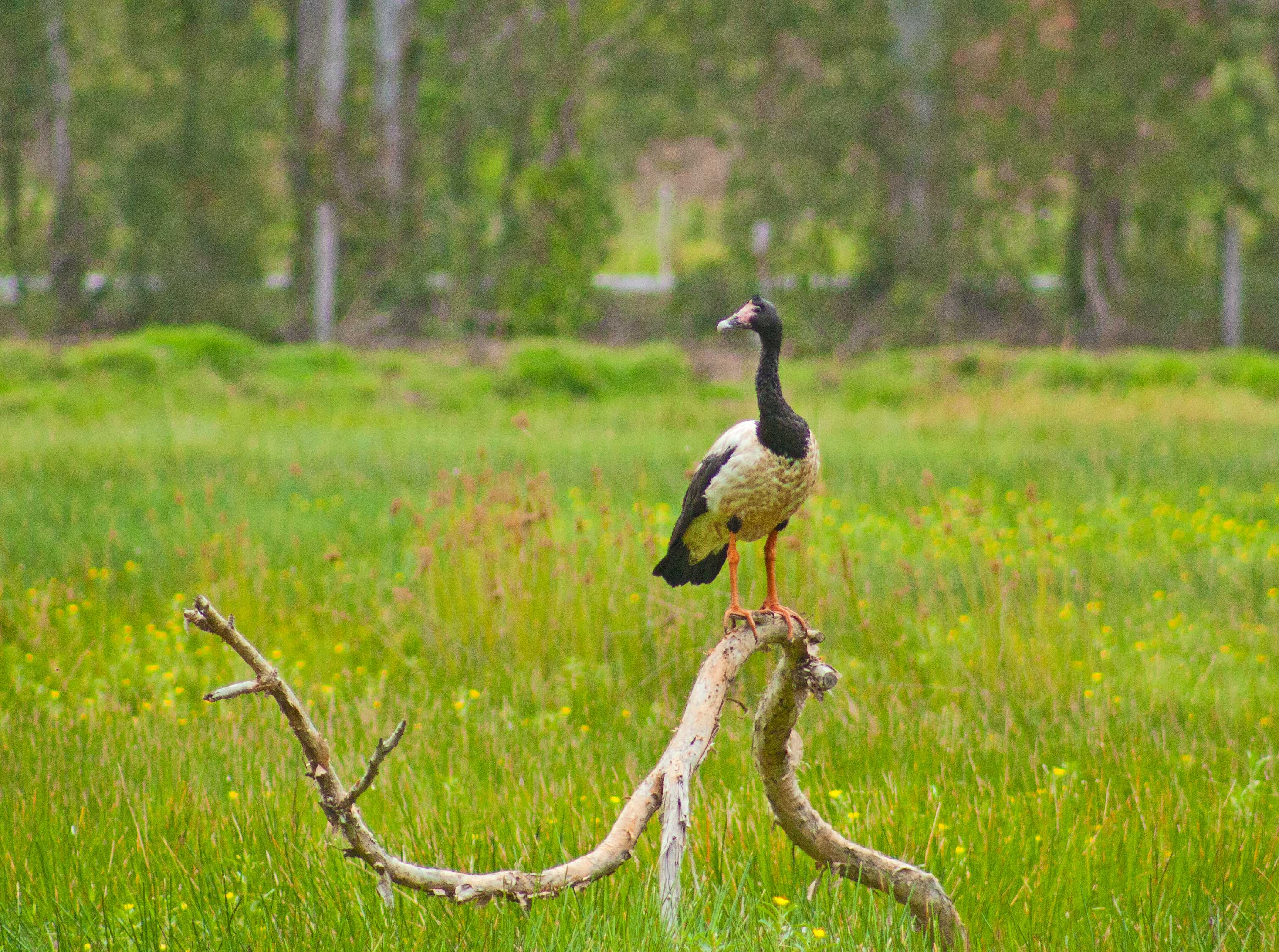 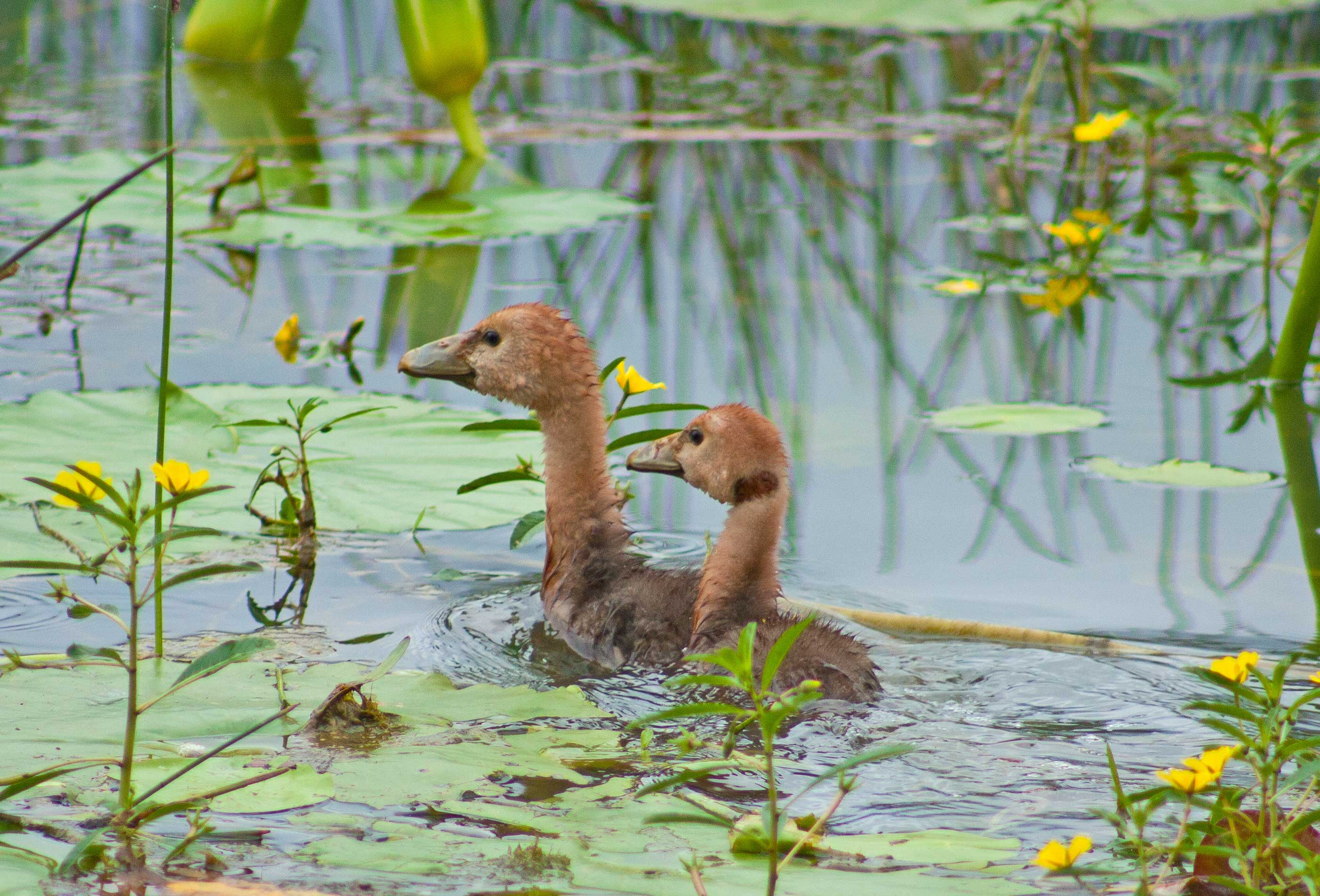 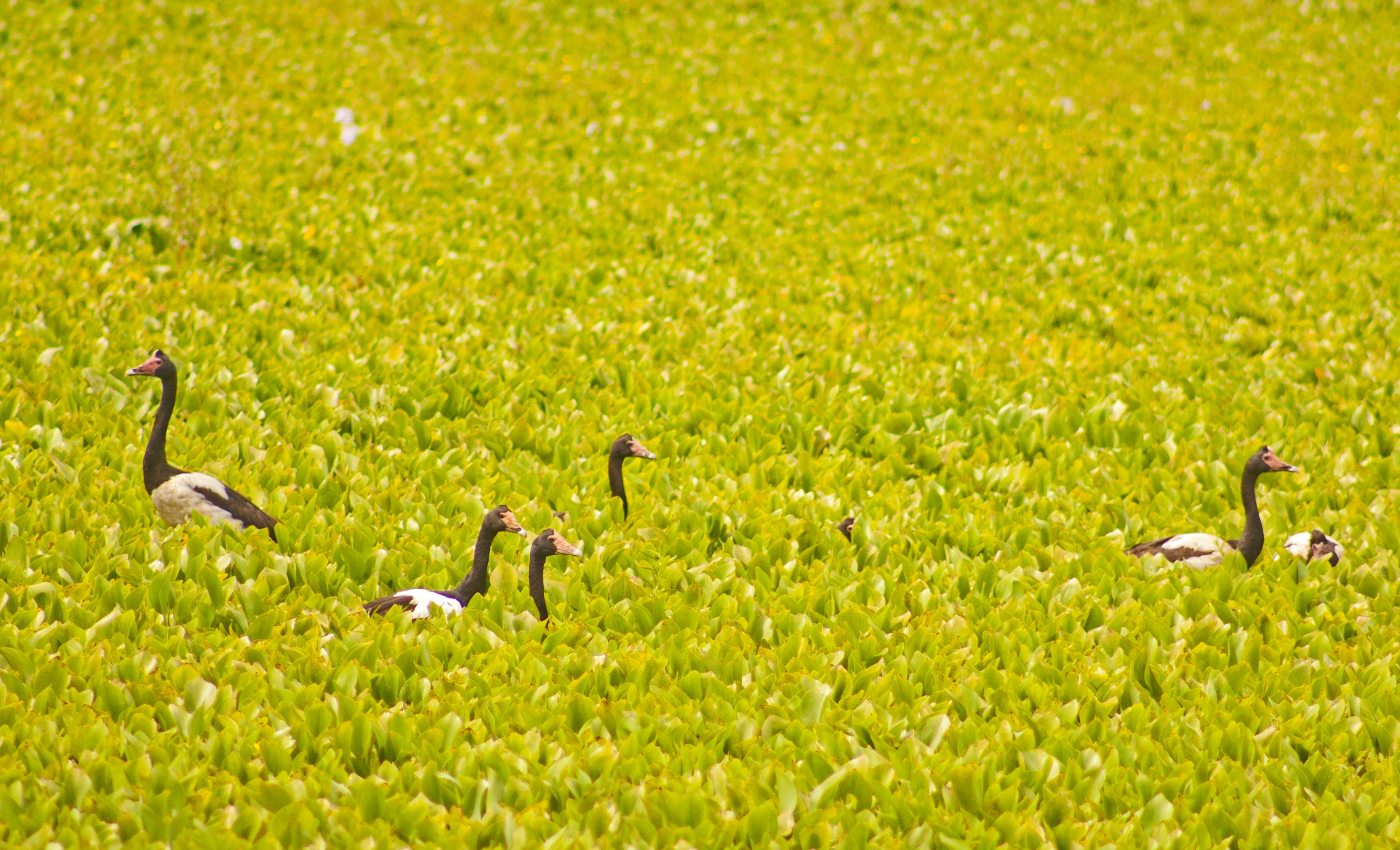 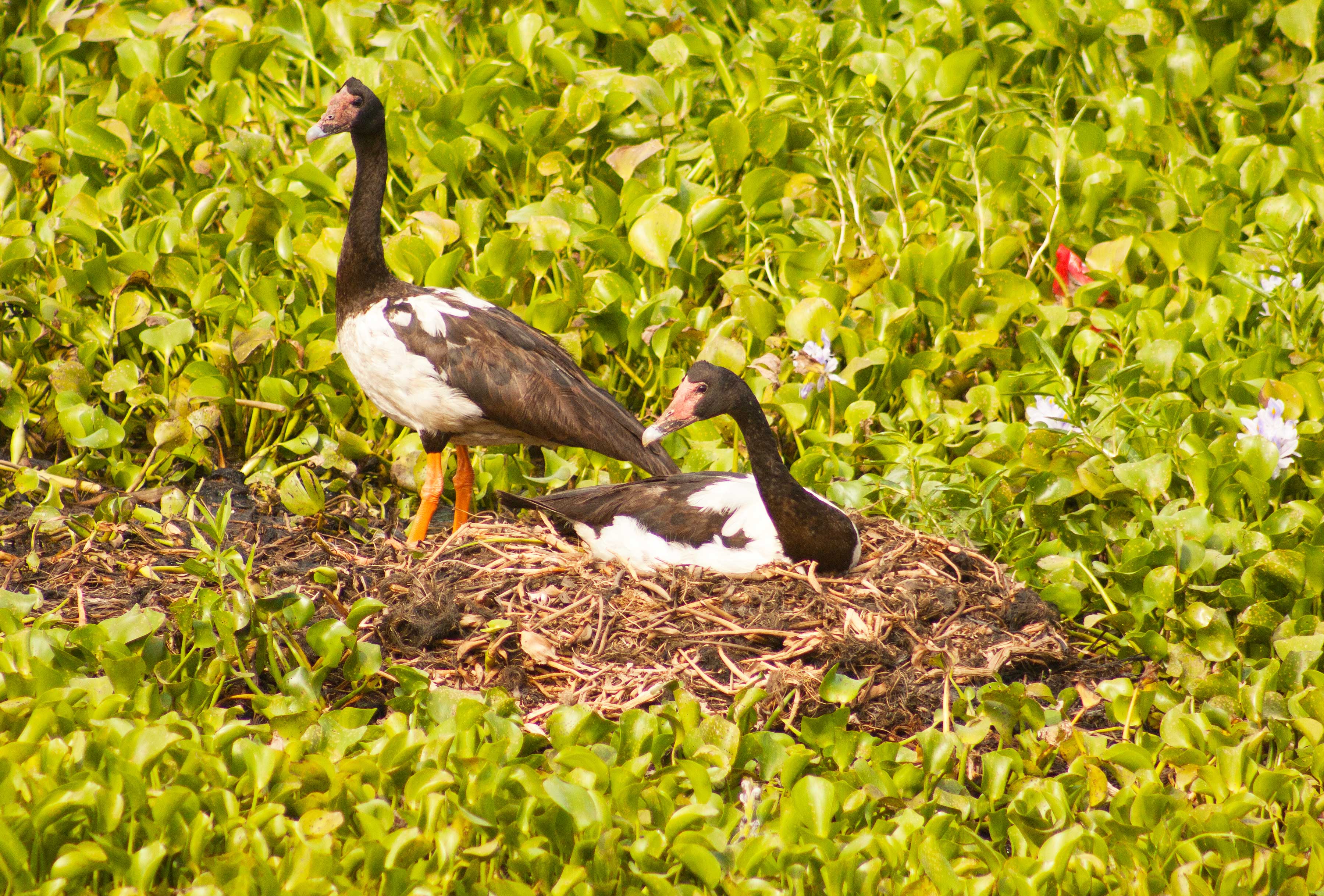 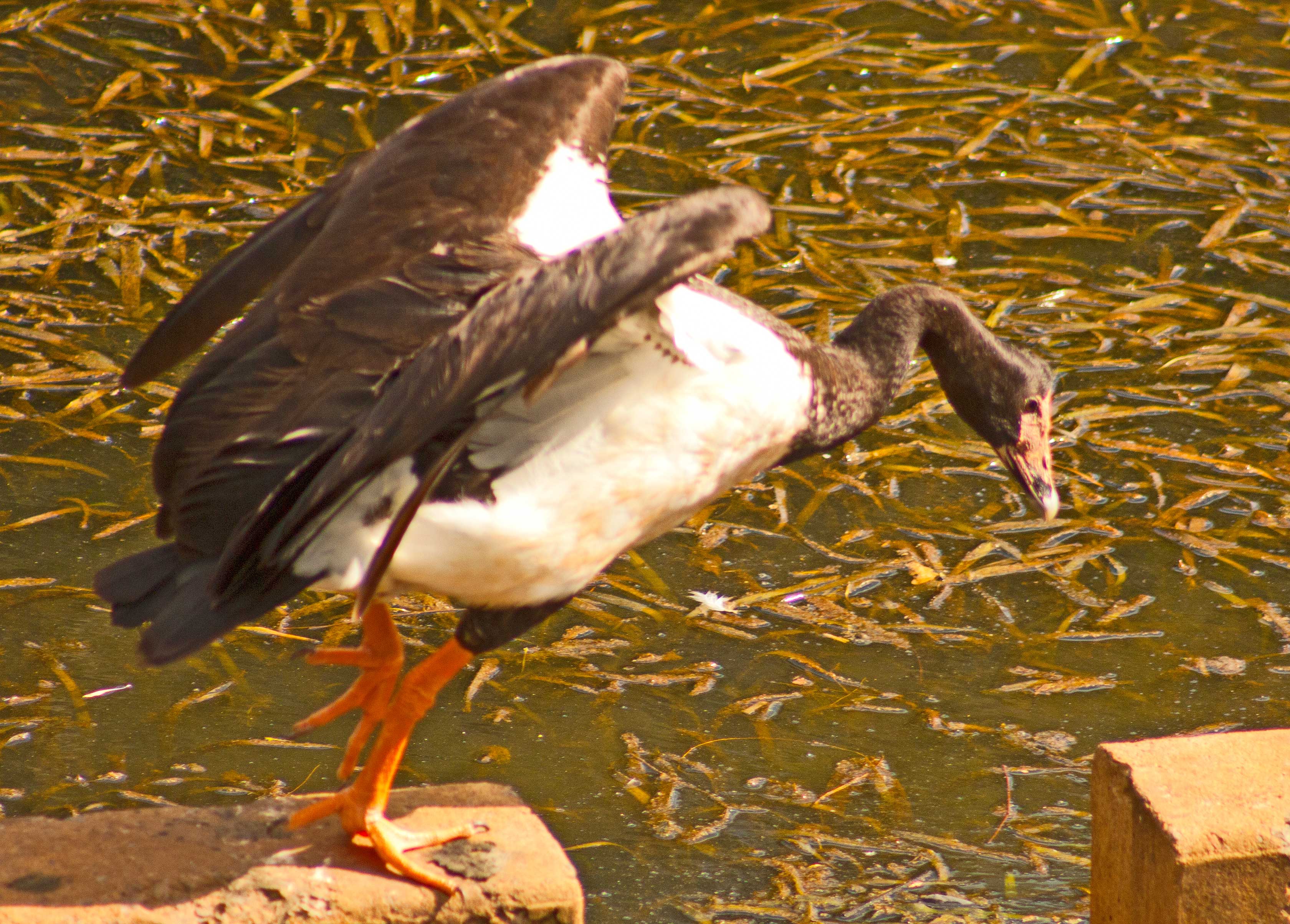